Looking for a cheap apartment in Toronto? With rent prices on a steep incline, you might be searching for a while. And you'll probably stumble upon some sketchy real estate listings.

One such listing created on Facebook Marketplace just over a week ago advertises a room for rent at only $400 per month — a mere fraction of the $2,100 per month landlords are currently charging, on average, for a one-bedroom unit.

As the ad specifies in its headline, this isn't a private apartment, but a room within a house. (If somebody tries to rent you even the tiniest studio condo for $400 monthly, they're scamming. I promise. Do not send them money.)

Many young adults and families are happy in living arrangements where everybody shares common facilities, but has their own personal room to hide out in. It's common among post-secondary students and people who like having roomates.

What is not normal, or even legal, are rooms with multiple beds inside them for individuals to rent long-term. And yet, I'm seeing more and more of them every day. 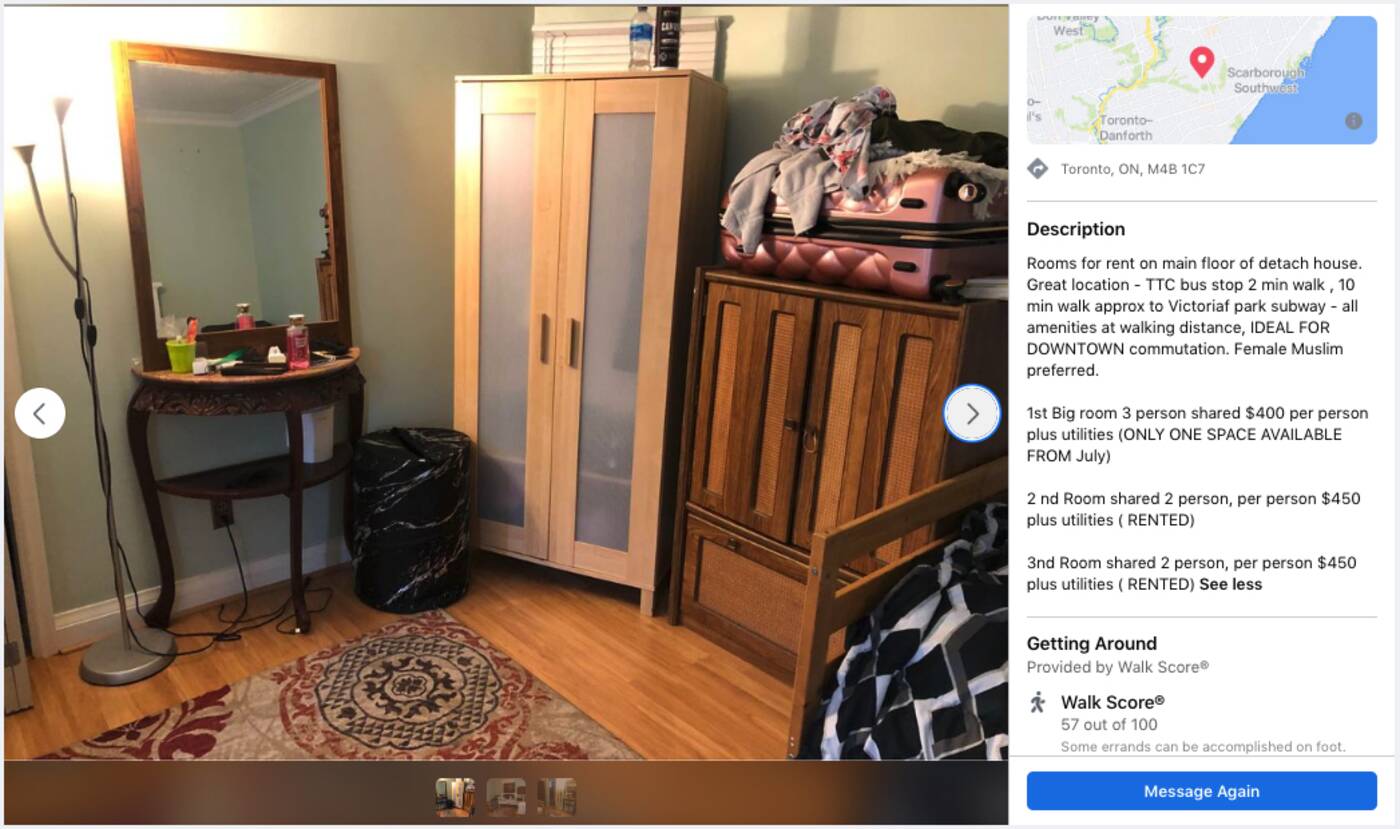 The room appears to come furnished with separate storage cabinets for tenants to keep their things. Image via Facebook Marketplace.

The latest Marketplace bed-in-a-room listing portrays what looks like an exceptionally uncomfortable dwelling, so cramped that all three beds within the single room are touching one another.

A walk score of 57/100 conflicts with this description, though the landlord does say that the home is also "ideal for downtown commutation." 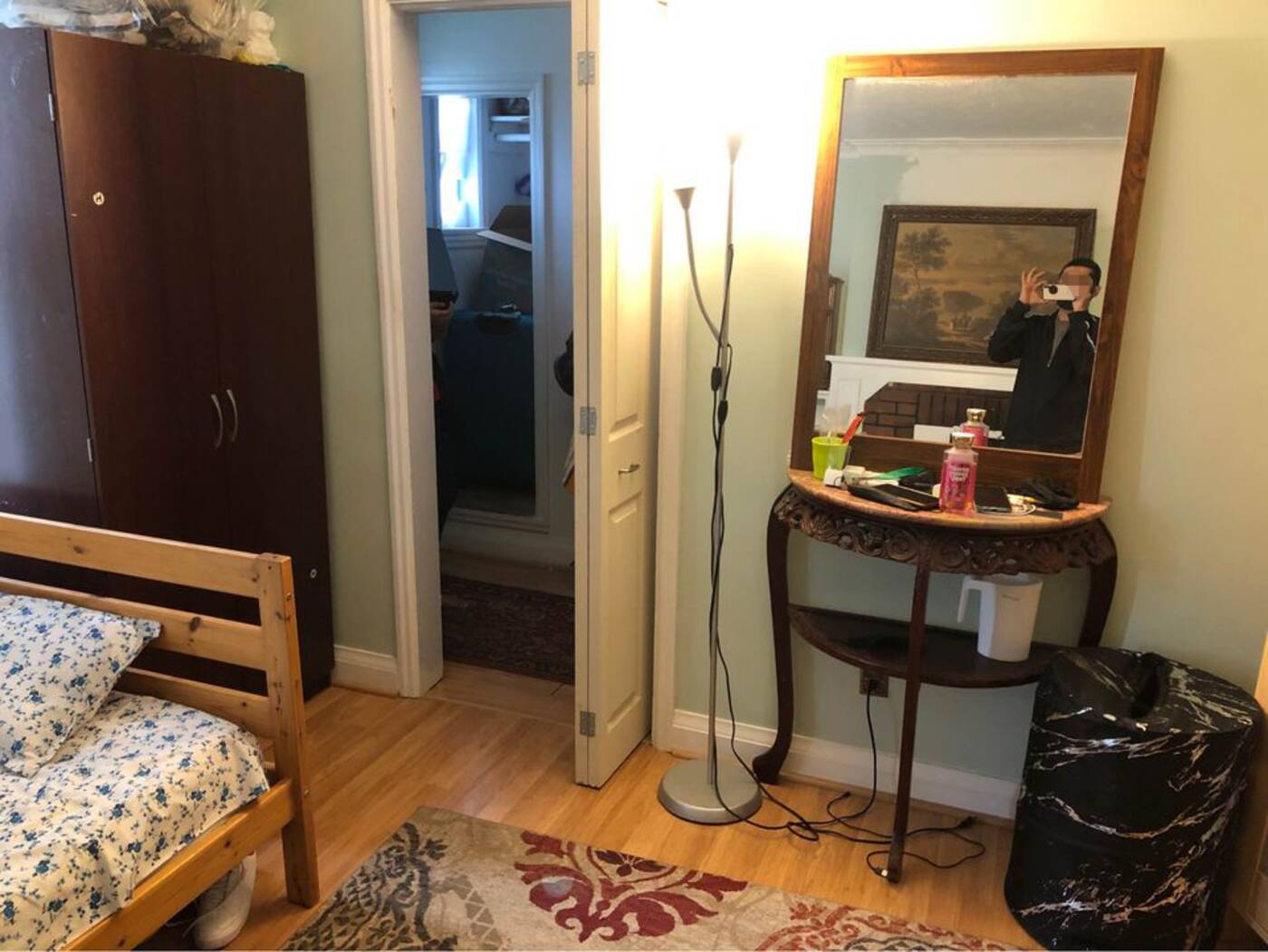 The room includes one vanity for all three tenants, who must be women. Image via Facebook Marketplace.

The listing's headline specifies that only women will be accepted as tenants (at least I think that's what it means by "GIRLS ONLY,") and that "female Muslim" tenants are preferred.

The landlord was initially renting out not one, but several spaces within rooms on the main floor of their house near St. Clair Avenue East and Victoria Park Avenue.

Two rooms with two beds each have already filled up at the price of $450 per bed. Now, the only bed that remains in this borderline hostel is one of three in what the listing describes as a "big room." 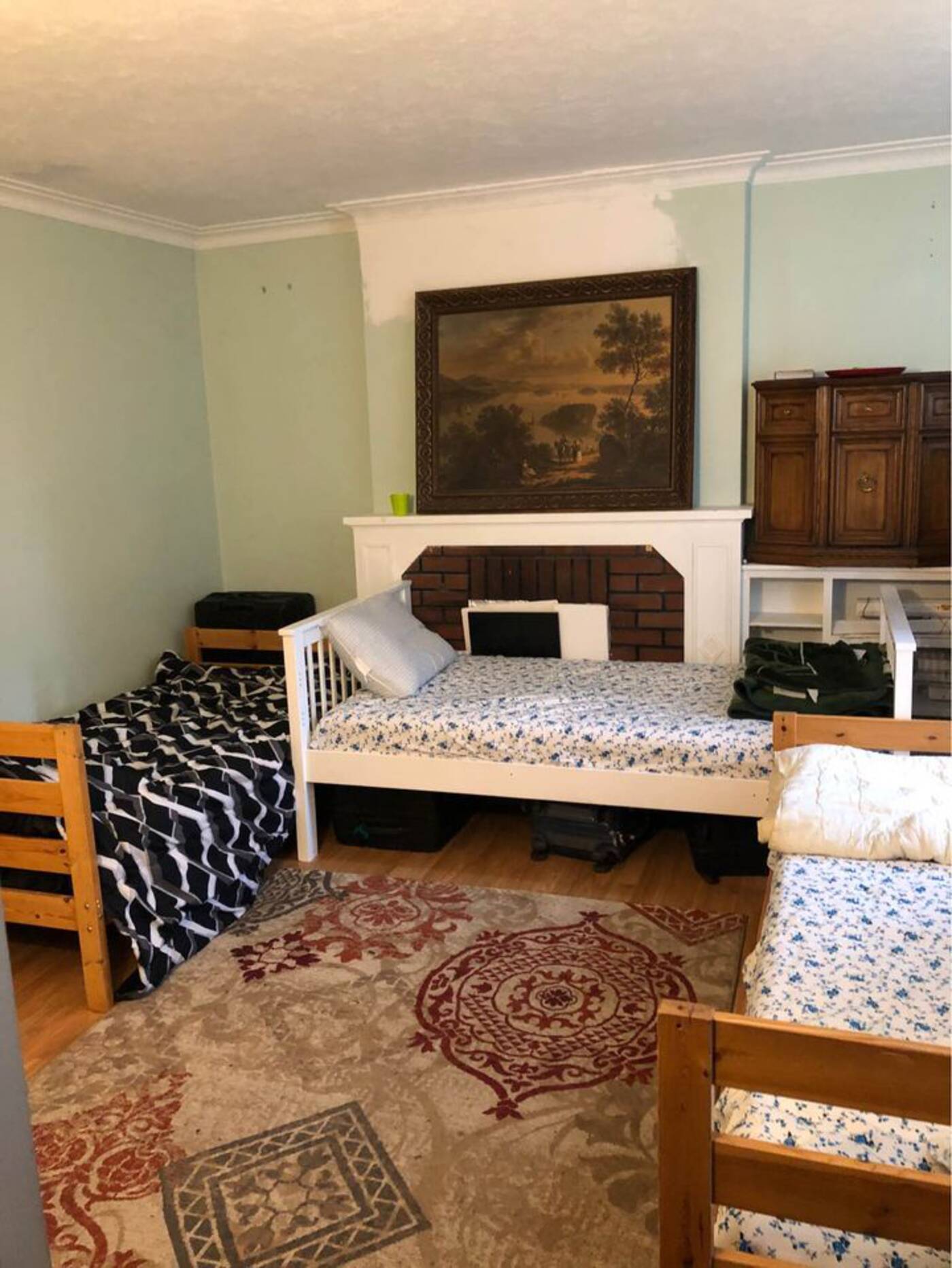 The room is sizeable, but not enough to fit three beds without each of them touching another. Image via Facebook Marketplace.

As of Tuesday afternoon, blogTO had not heard back from the Facebook user who posted this ad. His listing history reflects that the other two rooms in the property are fully rented, and that he is currently selling a folding mattress for $70.

City of Toronto bylaws stipulate that "The maximum number of persons living in a habitable room shall not exceed one person for each nine square metres of habitable room floor area," reads the Property Standards section of Toronto Municipal Code.

"The minimum floor area of a room used by two or more persons for sleeping shall be four square metres for each person so using the room."