If you thought Toronto rent couldn't get any more expensive, you probably don't want to read the findings from liv.rent's new June report, because somehow prices increased yet again — with the biggest GTA month-to-month rent increase reported so far this year.

The average rental price for one-bedroom unfurnished units in the GTA has increased by $140 this month, according to the report, reaching a new yearly high of $1,945. In downtown Toronto specifically, an unfurnished, one-bedroom unit now costs an average of $2,103 per month. 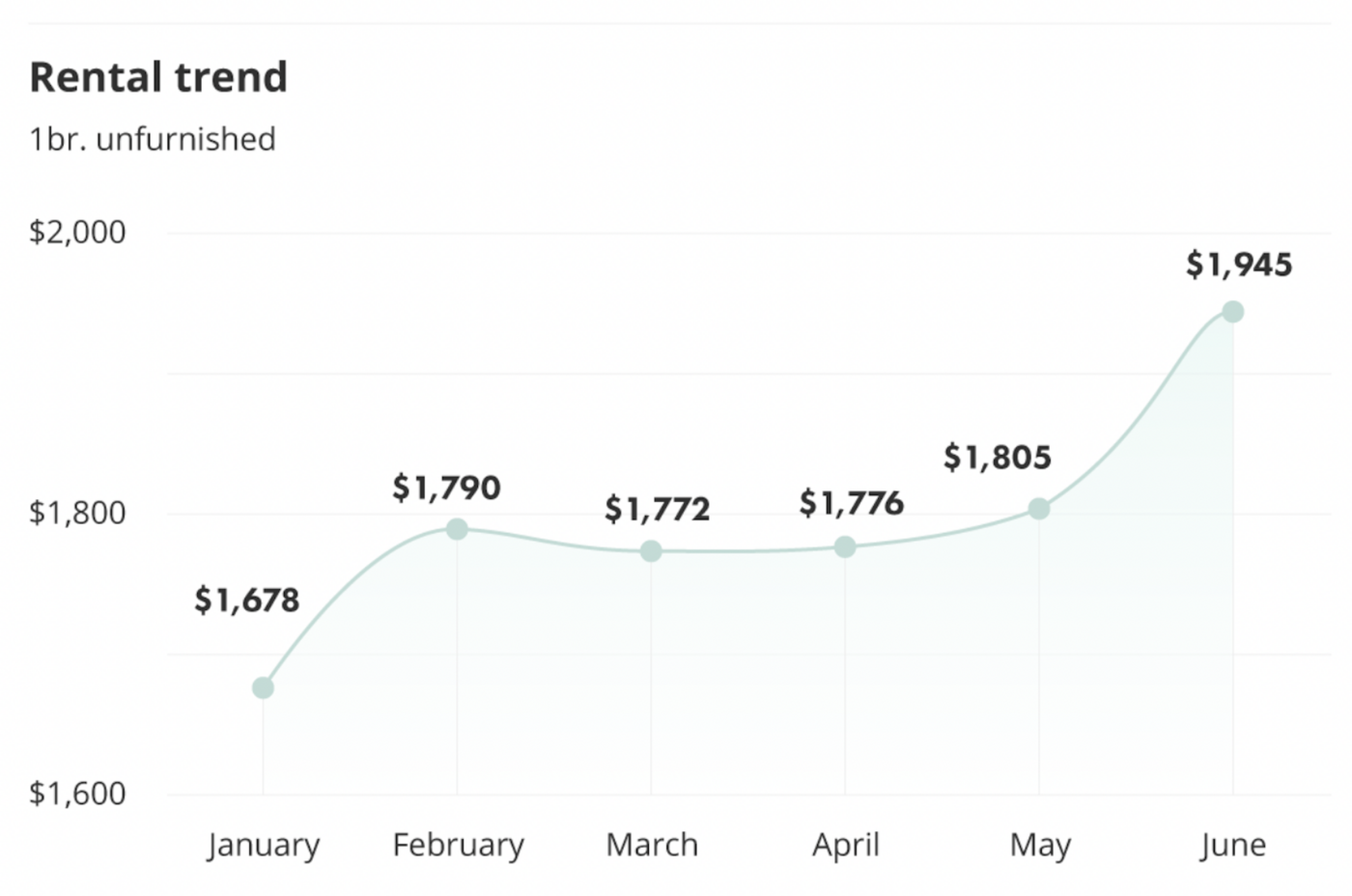 "The warmer months nearly always bring higher rent prices across Canada's rental markets, and this June is no different," reads the report. "Prices increased in nearly every GTA municipality this month, particularly for unfurnished rentals."

According to the report, there were no declines in prices for unfurnished, one-bedroom units in any Ontario municipalities this month.

"For a while now, the gap in average rent prices for furnished and unfurnished renters has been narrowing in the GTA," notes the report.

"This June, furnished one-bedroom units are just barely more expensive than unfurnished ones, by only $37. Though this is just an average, it does signal that renters won’t save as much as usual by bringing their own furniture with them."

Brampton held onto its title of the least expensive GTA municipality, according to the report, while — shocker — downtown Toronto remains the most expensive.