This $2.5 million Toronto home has a remote-control wooden curtain to hide it from the street

With the average detached home in Toronto now at an all-time high price of more than $2 million, ownership of these properties is reserved for an exclusive few who can not only afford such an investment, but can put even more money in to flip it for profit or splurge on something with extravagant design details.

One house that just hit the market for $2.5 million — though it will likely sell for much more — shows exactly what kind of high-tech luxury can be purchased for a few million in the city, and what savvy investors can add in to get more bang for their buck upon resale.

Like many of T.O.'s recent remodels, the home at 83 Virginia Avenue is very boxy, minimalistic and modern-looking, with floor-to-ceiling glass windows and the same muted grey colour palette that has been trendy for a few years now.

But though the building in many ways appears much like countless other major renovations of older houses on Toronto side streets, there are a few extras that make it extremely unique and bound to attract some high bidders. 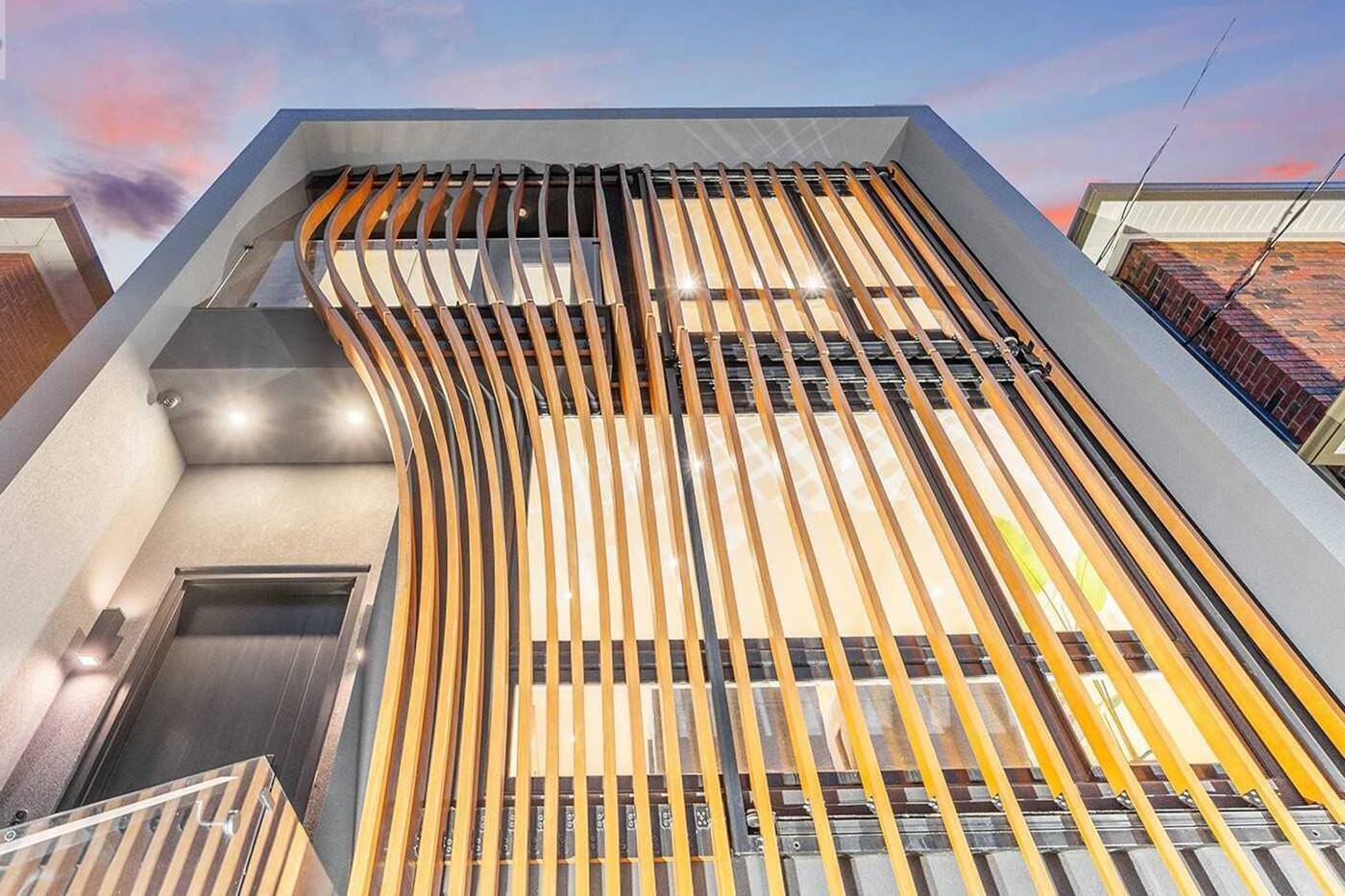 The custom, algorithmically-designed panelled wooden curtain can be closed or opened by remote control depending on preference. Photo from the Realtor.ca listing.

The most notable feature is a motorized curtain of sorts, made out of 70 custom wooden panels of various curvatures that can be moved to cover the entire facade of the home to hide it from passersby on the street, or then moved to the side for more light and a better view from inside.

Designed and constructed by Zahra Falamarzi at Meanders, the feature is just one of many that can be controlled by the touch in the smart home, along with surveillance, audio and lighting systems. 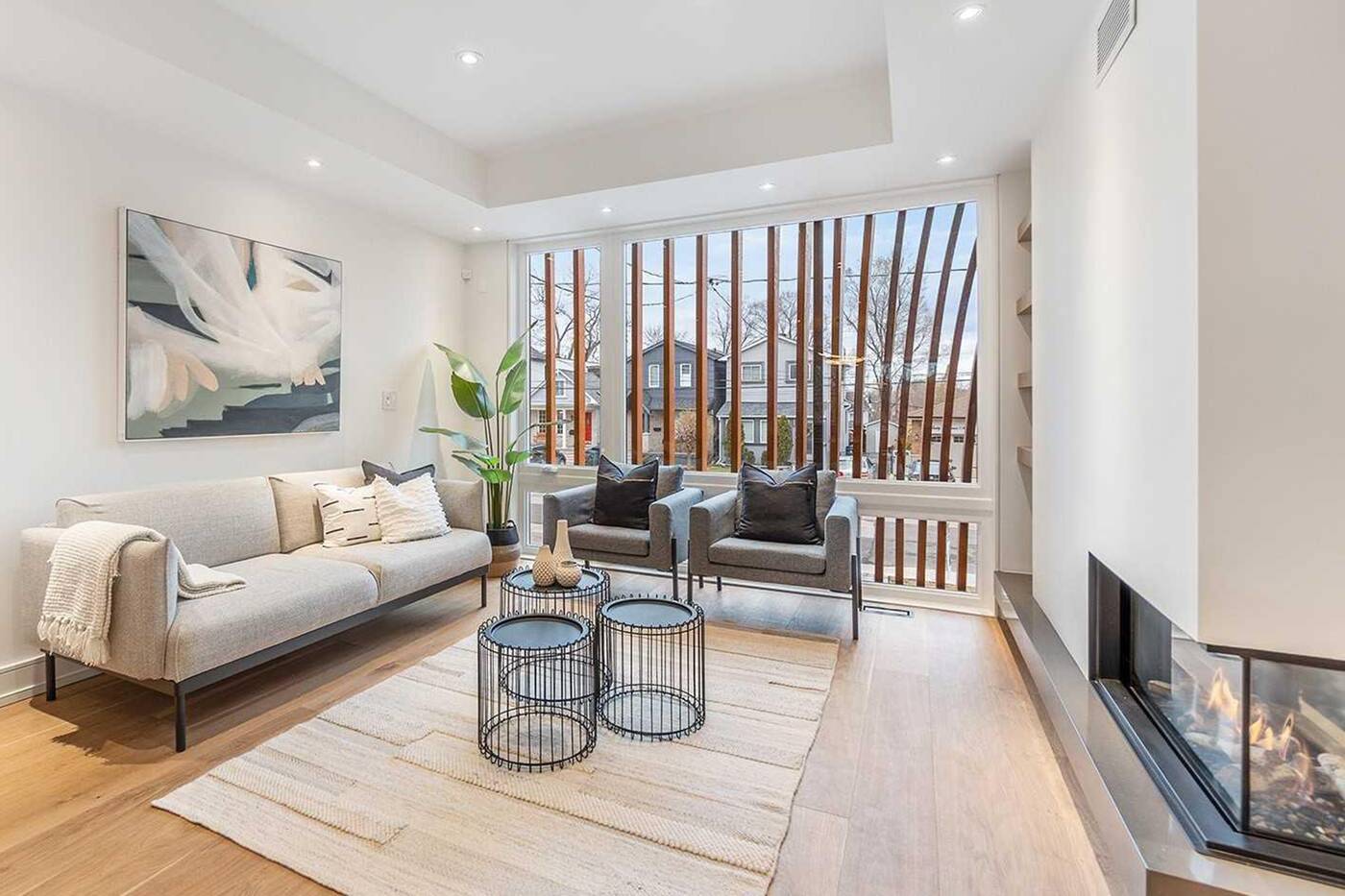 A view of what the unique motorized wooden curtain looks like from inside the home. Photo from the Realtor.ca listing.

"I did my masters specializing in algorithmic design, which is how we can create complex 3D geometries and build them," says Falamarzi, also the owner of the 4+1 bedroom, 4-bathroom East York house.

"We did coding and more math in our design to exactly produce the same complicated concept, and decided to do it for our house because there is nothing like this in Toronto. It's very new contemporary archiecture."

The element is mimicked inside with a 27-foot accent wall, also digitally designed and made of vertical wood panels that create a custom 3D pattern — reminiscent of a rippled sheet — to add a consistent character throughout. 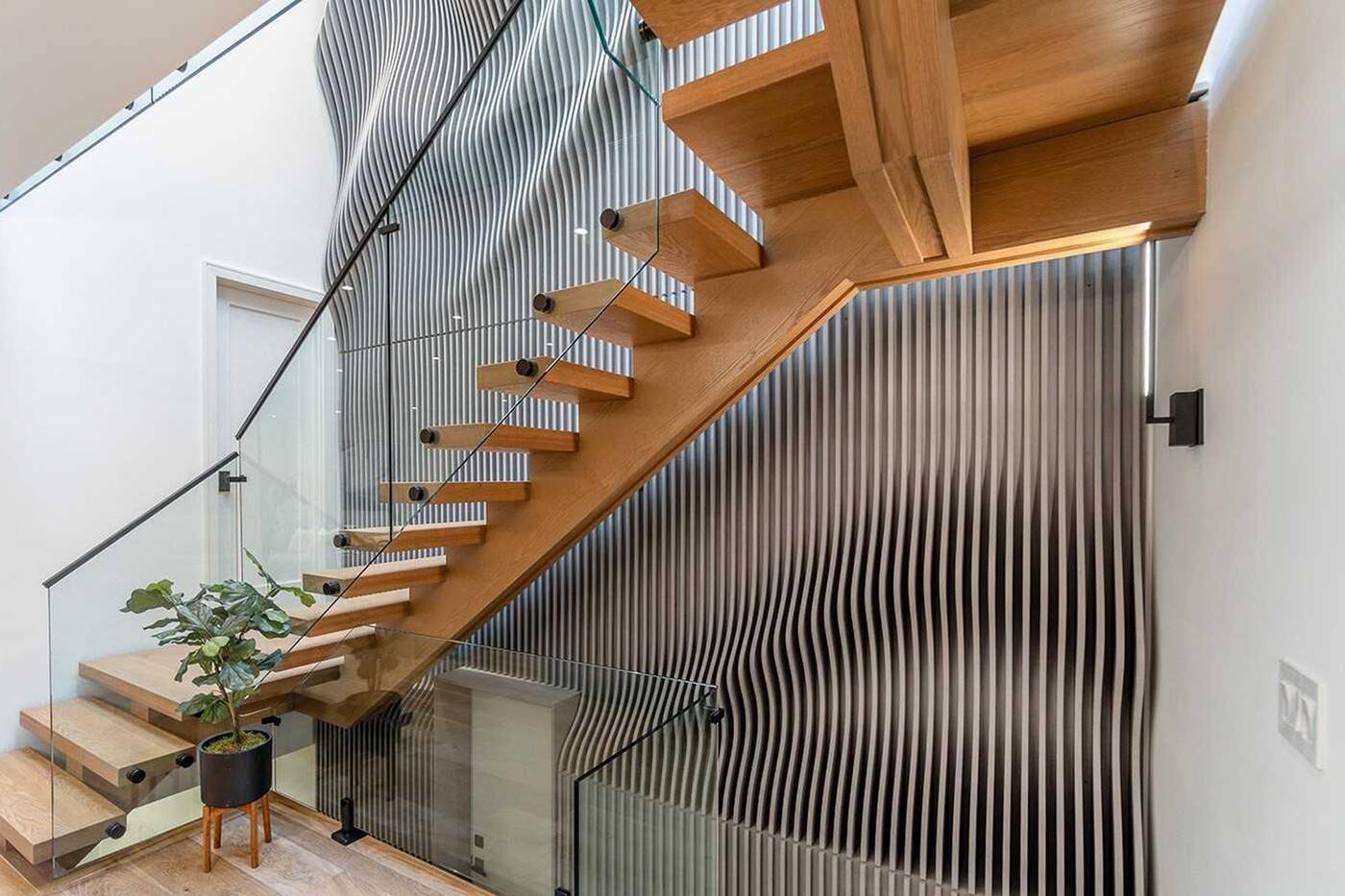 The exterior's architectural art is evoked again inside with a wood-panelled feature wall to lend a consistent, custom feel to the home. Photo from the Realtor.ca listing.

Falamarzi says the panels of the facade were deliberately fabricated out of a warmer material to be more welcoming, curving around the entryway and designed specifically for this home, which now sticks out as one-of-a-kind in the neighbourhood. 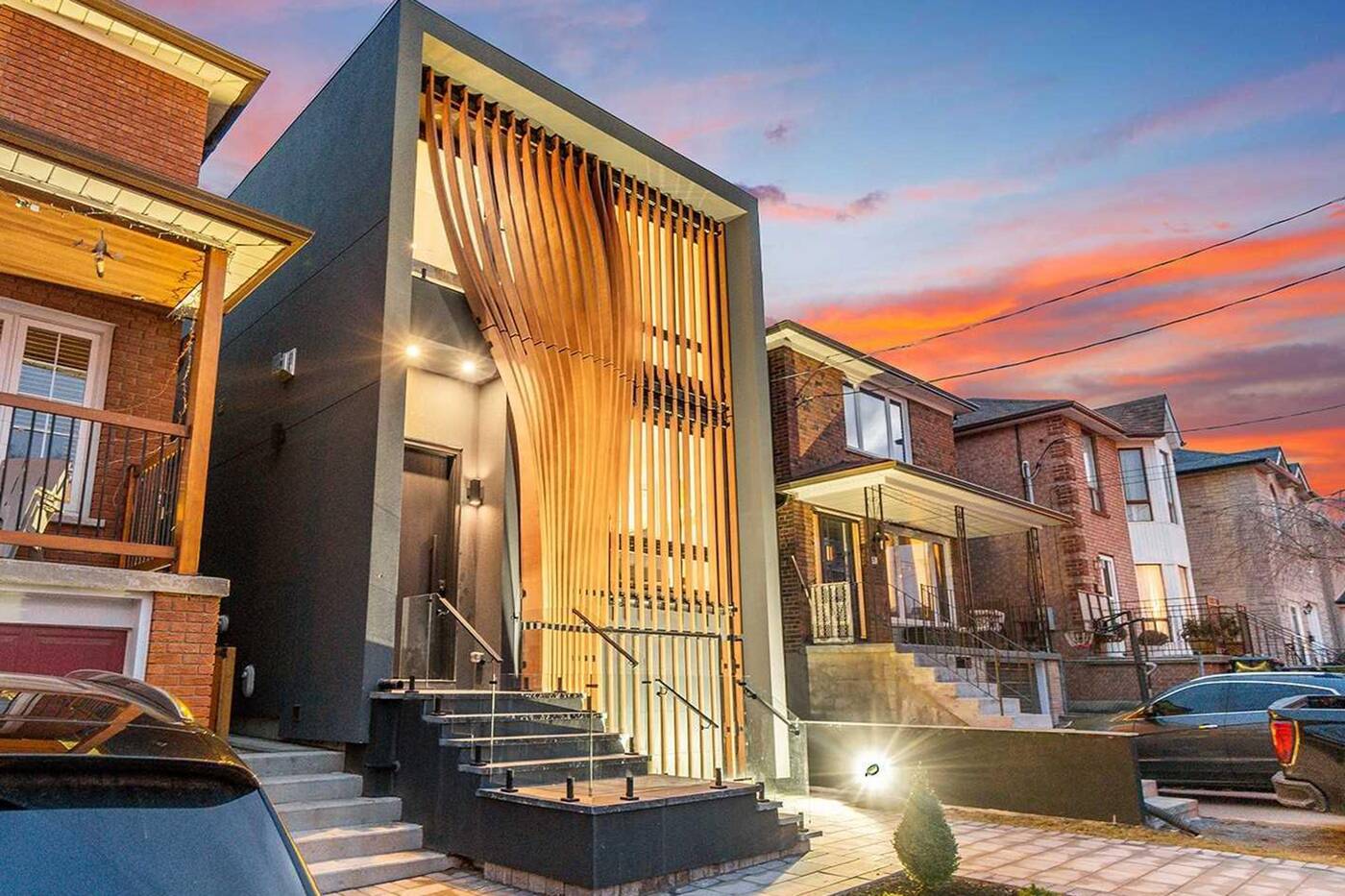 The home's facade definitely make it an outlier in the neighbourhood. Photo from the Realtor.ca listing.

Heated flooring, a triple-sided fireplace, floating double vanities, built-in panelled fridge and dishwasher, floating stairs and other custom accents throughout will definitely appeal to buyers of a certain design aesthetic and socio-economic status (already made apparent by whoever can afford this house).

But, there appears to be a slew of such bougie prospective homeowners in Toronto, buying up, flipping and/or sitting on much-coveted housing stock and continuing to drive up real estate prices in the city and beyond.