Toronto locations of the Beer Store have been disappearing faster than ever thanks to a major sell-off of the retailer's real estate assets, and it looks like yet another branch of the stout-touting brand is soon to disappear.

Unlike other locations that have recently been proposed for demolition to pack in new residential units, the Beer Store at 3524 Dundas St. W., just east of Jane, has been on the chopping block since 2021, destined to be torn down to make way for a planned self-storage facility.

Planned by owner XYZ Storage, the Rick Brown + Associates-designed building would bring a monolithic presence to the site, the six-storey box of a building to feature few windows, covered primarily with insulated metal panels. 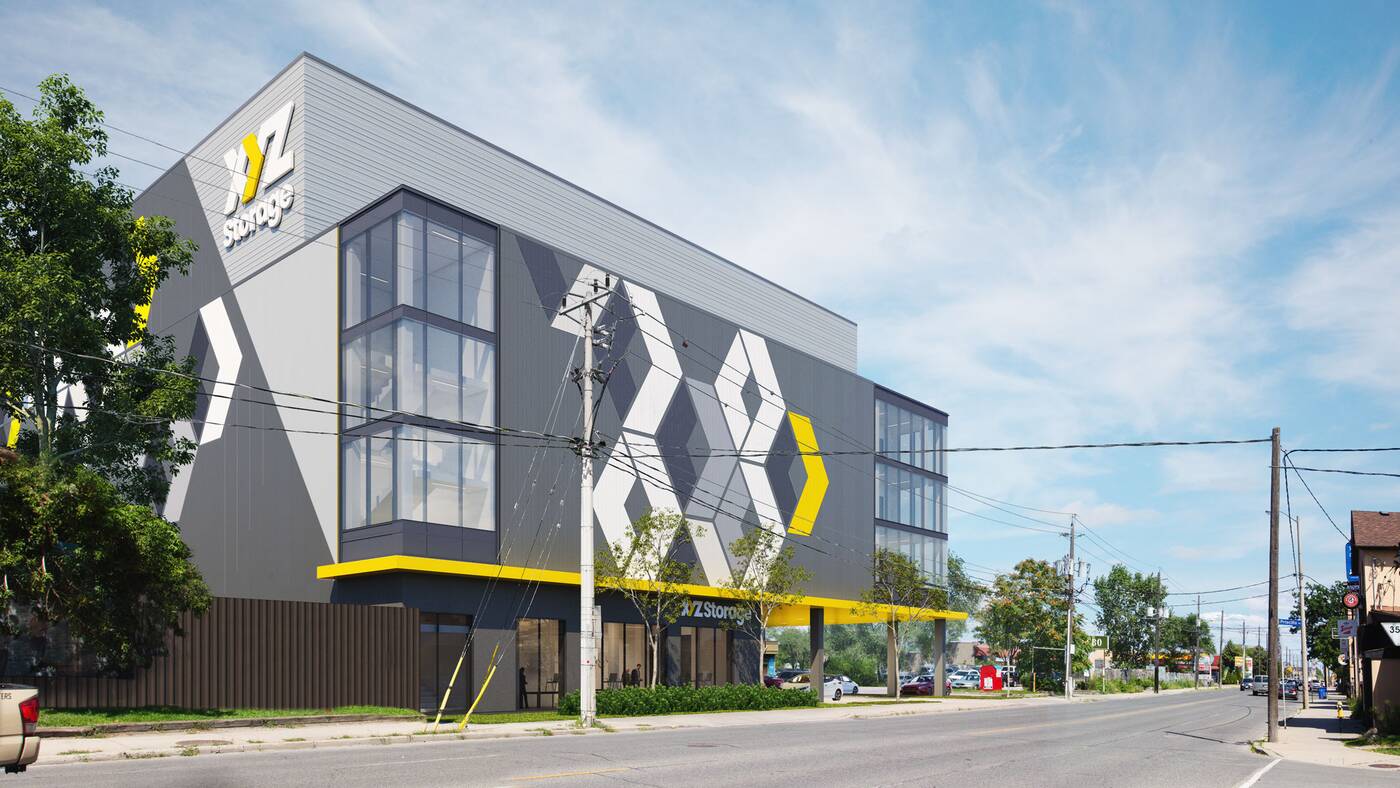 Looking northeast across Dundas to the proposed self-storage facility. Rendering by Ampersand.

Adding some colour and visual interest to the otherwise bland exterior, the plan includes murals based on the branding of XYZ Storage, which looks suspiciously like the new CIBC logo (itself looking suspiciously like the old Renault logo retired around the same time) in yellow, white and grey tones. 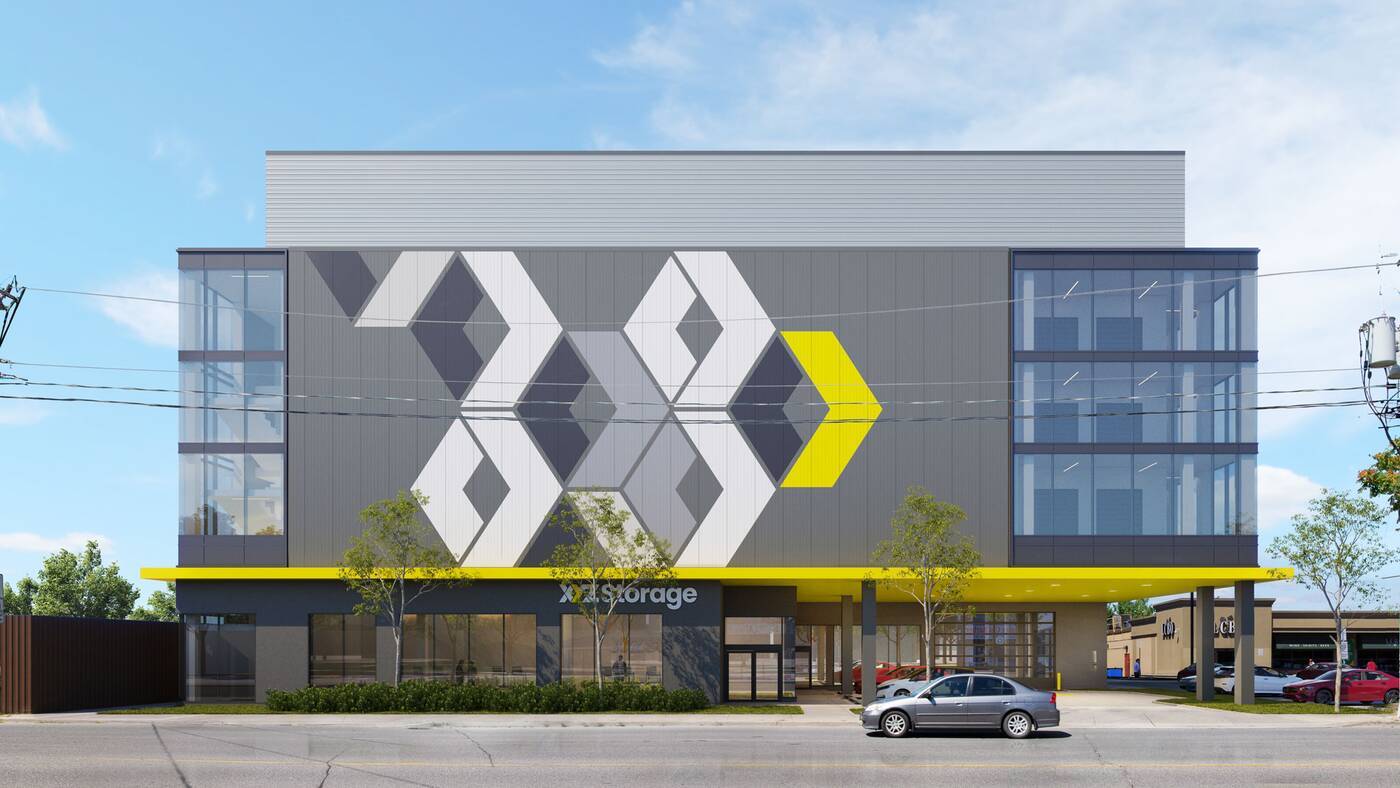 A geometric pattern inspired by the XYZ Storage logo would add some colour to the exterior. Rendering by Ampersand.

No retail is planned, and while there is some office space planned at ground level, this isn't exactly the type of development likely to animate this block with pedestrian life. 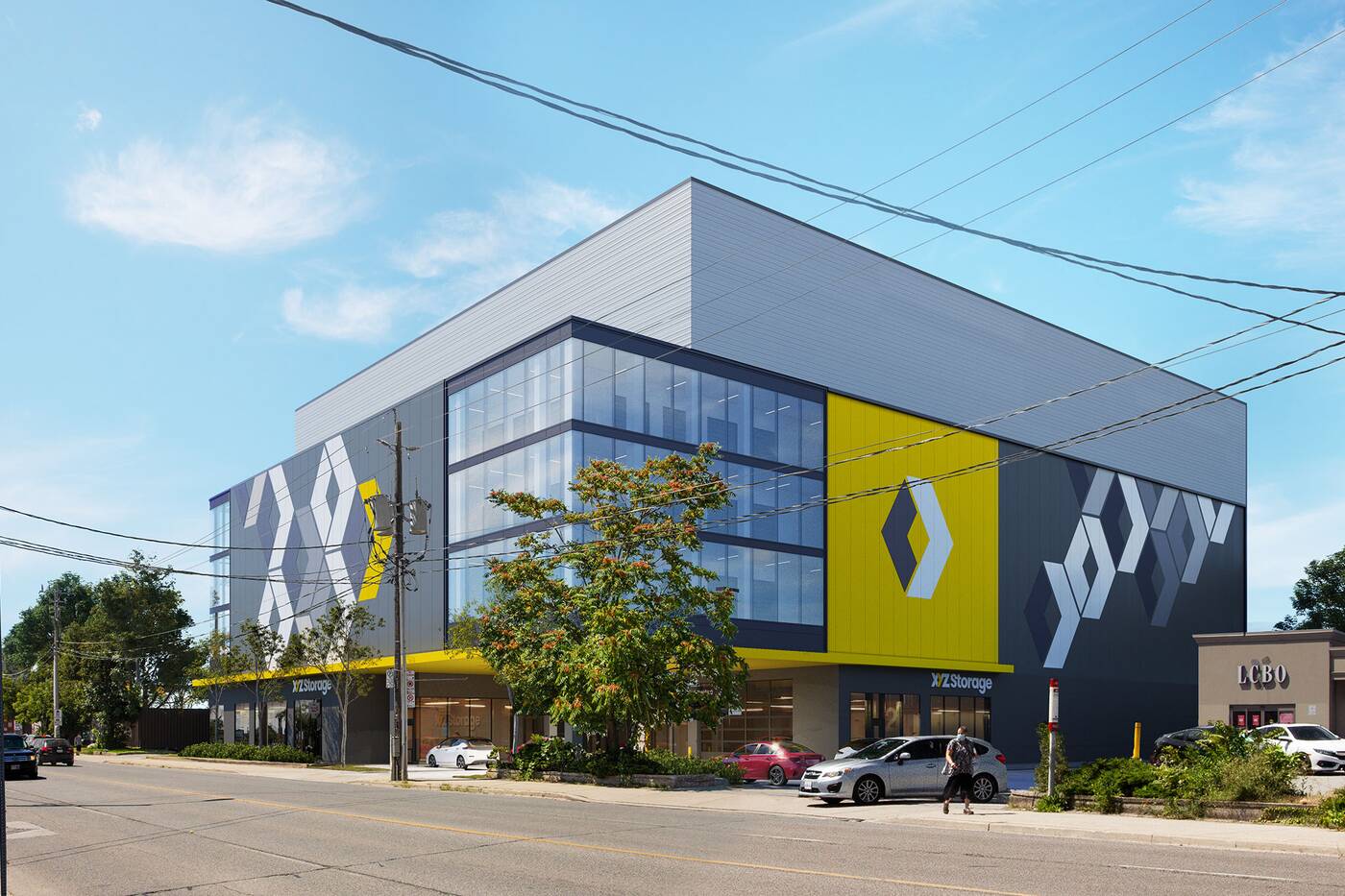 Looking northwest across Dundas to the proposed self-storage facility. Rendering by Ampersand.

That's not to say that the current Beer Store doesn't have flaws. Its front entrance set back almost 35 metres from Dundas to accommodate surface parking, this location and the neighbouring LCBO (not included in the development plans) were clearly not designed with pedestrians in mind. 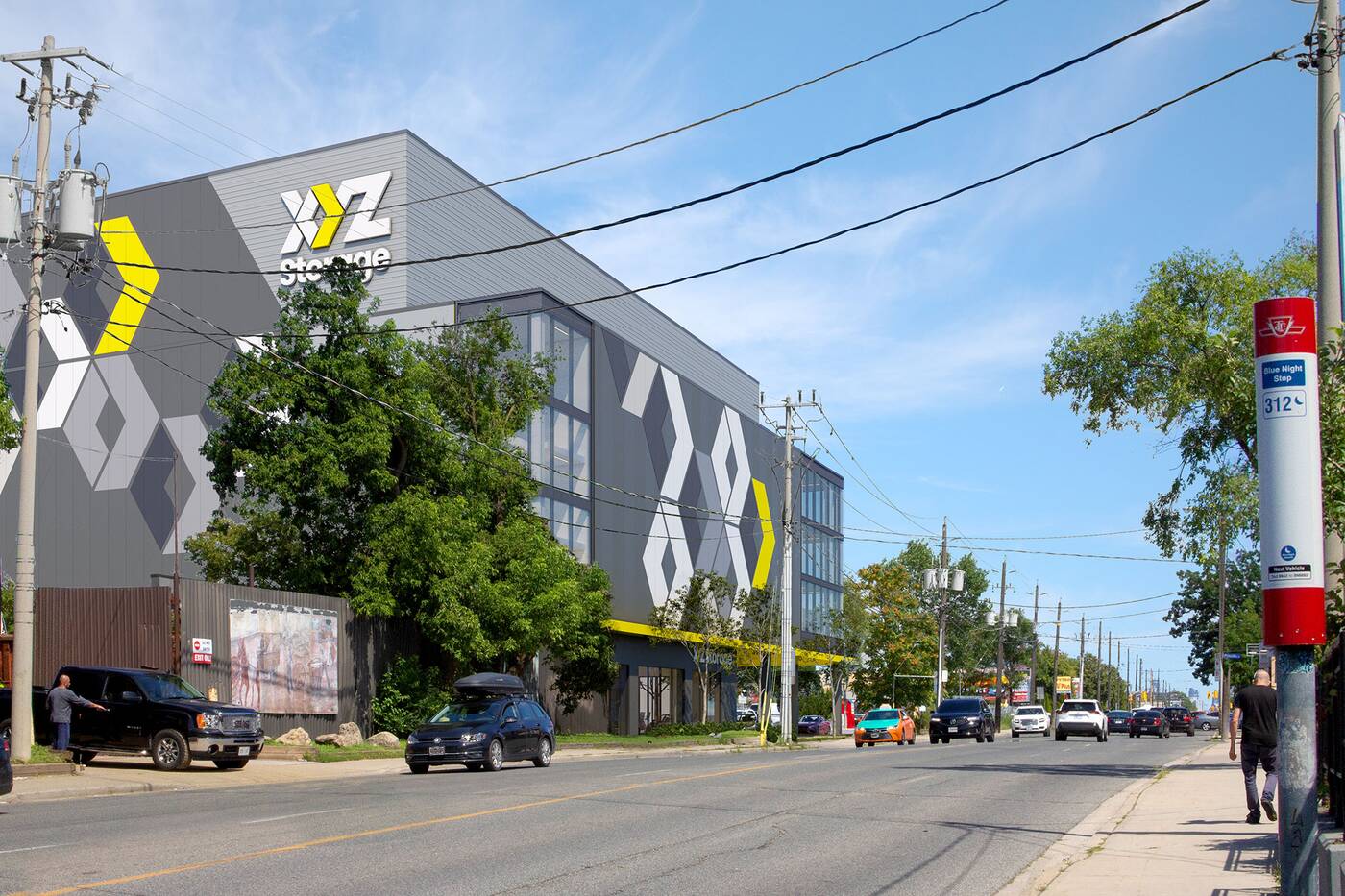 Looking east along Dundas to the proposed self-storage facility. Rendering by Ampersand.

Having a building closer to the street will make this stretch feel just a bit more at home for pedestrians, though the building's proposed use will prove a bit of a letdown for anyone who was hoping to see some trendy businesses gain a toehold in the area.