Common sense would suggest that venture people with huge amounts of debt are less-likely to pay their bills on time than people who are in the black, right? I mean, more disposable income, more money to throw at Visa.

Such is not actually the case, especially when it comes to mortgage-related debt, according to the results of a new study from the Toronto-based fintech firm Borrowell.

"As the country gets ready for a federal election later this month, the rising cost of living has been identified as one of the top issues for Canadians, according to a survey by Abacus," reads the report, released on Thursday.

"People across the country experience affordability issues in different ways. Some Canadians have more trouble managing their debt and finances than others."

I mean, true, with the caveat that some Canadians have been effed over a lot more than others when it comes to housing affordability.

After analyzing more than 874,000 credit reports from Canadians between the ages of 20 and 69 across 15 major cities in August of 2021, Borrowell found that homeowners have a staggering 20 times more debt than people who don't own homes.

Mortgage debt is a huge part of this, with the average Canadian homeowner carrying about $359,597. In the ridiculously expensive City of Toronto, that figure rises to $608,296. 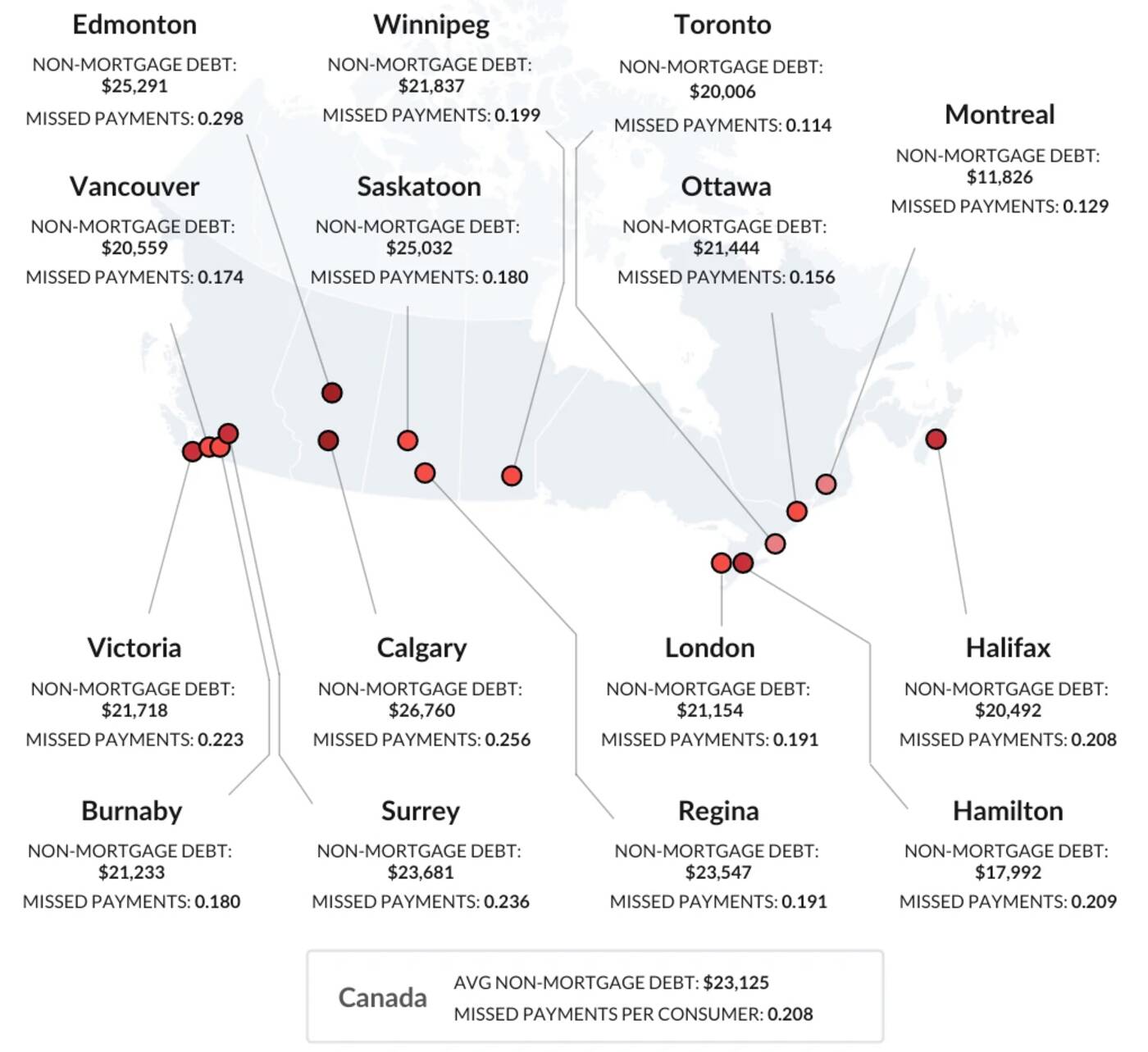 The average amount of non-mortgage debt in Toronto is actually below the national average, though mortgage debts in the city are among the highest in Canada. Infographic via Borrowell.

But even with mortgage debt out of the picture, homeowners still on average hold more non-real estate debt ($34,290) than people who don't own homes ($20,097.)

Borrowell's experts say these findings signal that "non-homeowners in Canada are facing more challenges than homeowners when it comes to financial stability and meeting rising costs of living," which makes sense.

It's no coincidence that housing prices are atypically insane in all three of these markets, both for renters and for home buyers. Those who bought many years ago, on the other hand, are sitting pretty now.

"The rise in home prices recently also means that homeowners are benefiting from asset appreciation and can leverage the value of their home to help with short-term cash flow challenges, an option that non-homeowners don't have," reads the Borrowell report.

"Buying homes in the future could pose a challenge for non-homeowners who are currently struggling to pay their bills on time."