Futuristic new city outside of Toronto one step closer to reality

A city of the future planned roughly 60 kilometres north of Toronto is one step closer to realization.

Known as The Orbit, the new transit-oriented community is planned to transform the 6th Line and 20th Sideroad area in Innisfil. First revealed in 2019, The Orbit is promising a bright future of coexistence, blending the area's current rural uses with a modern transit hub and housing featuring architecture that would be right at home in a sci-fi blockbuster movie.

Concentric ring roads lined with condos and townhomes would radiate outward from a GO transit hub, connecting the town with a quickly growing region. 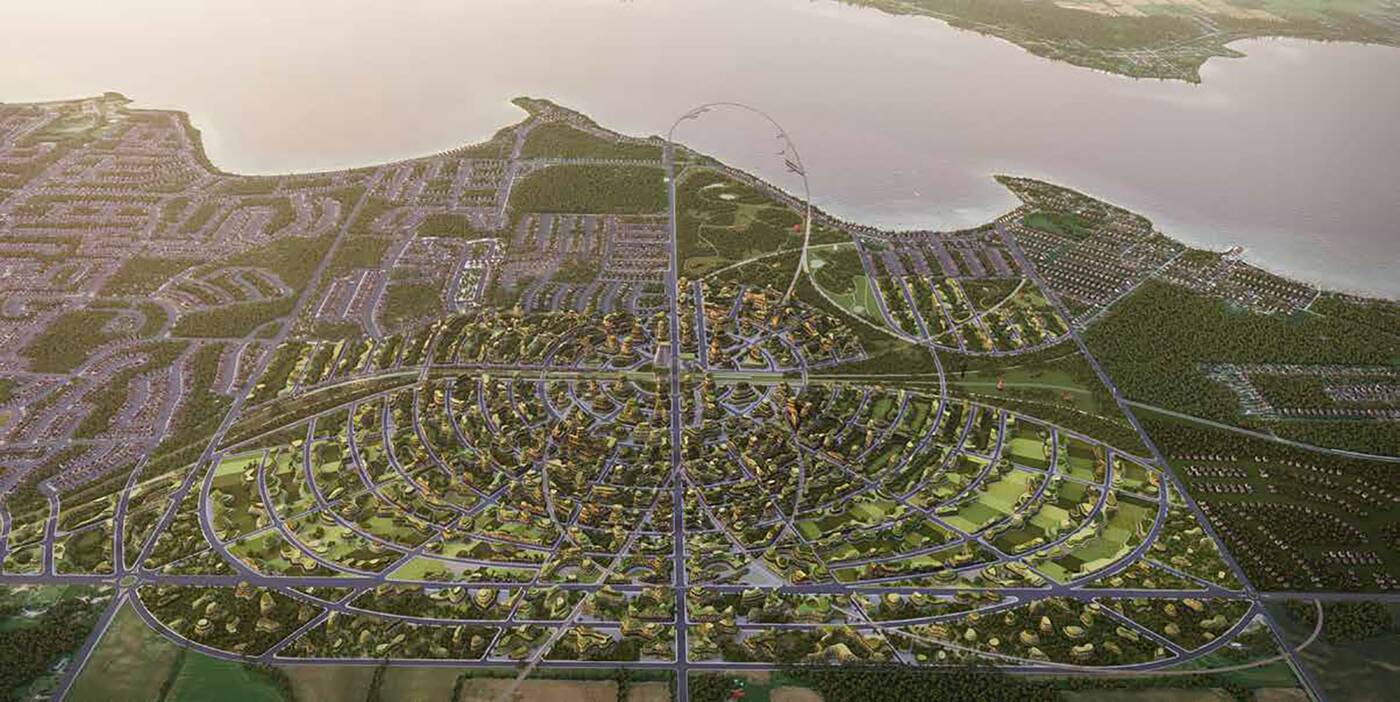 The latest step in the project's evolution was a ministerial zoning order (MZO) direct from the province, revealed on Wednesday at a town council meeting. The MZO aims to fast-track financing and construction of the project’s first phase — centred around the GO station and transit hub. 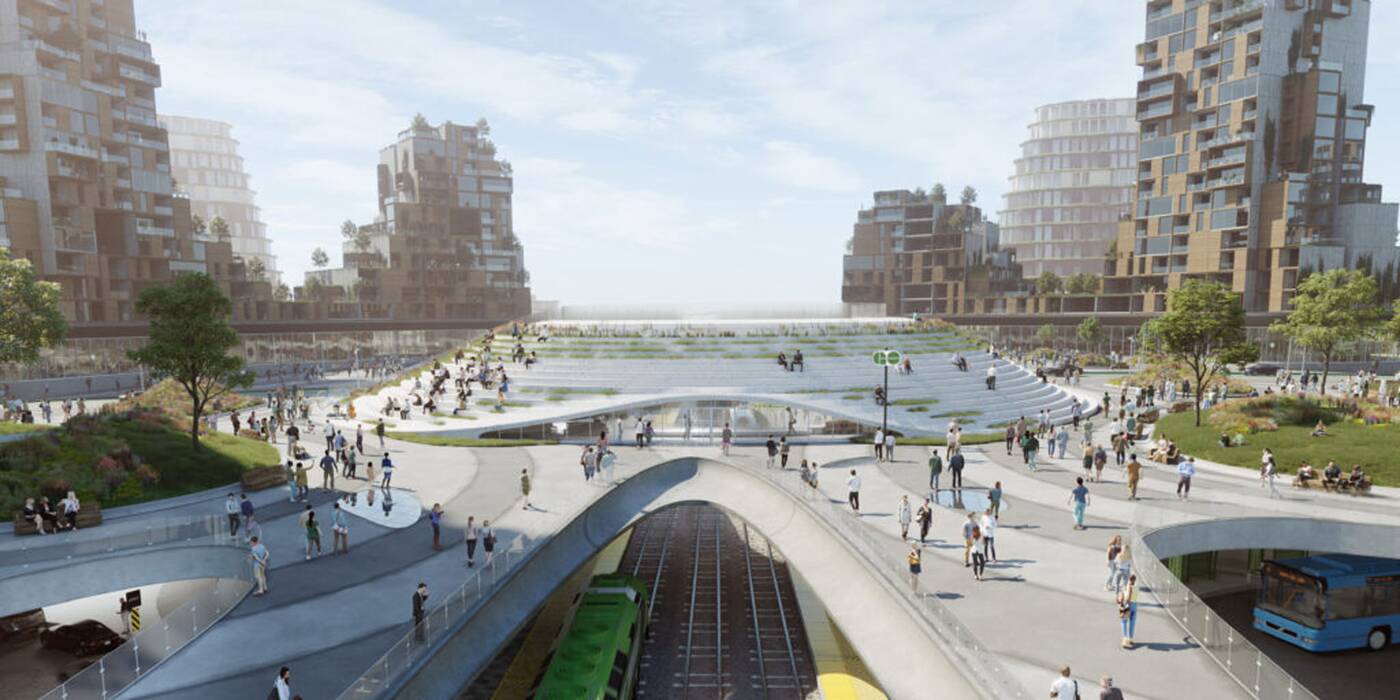 MZOs are especially controversial in the planning world, giving Ontario’s Minister of Municipal Affairs and Housing sweeping authority to determine the development plan for any given property, regardless of any contradictory municipal zoning bylaw.

While these orders have positive benefits like catalyzing the construction of affordable housing, they have received more attention for their fast-tracking of projects that blatantly defy planning norms.

This includes attempts to demolish buildings with heritage protection, threatening to overbuild protected natural features, and other money-first decisions that show little regard to the province's natural and urban conditions.

Accusations of alleged cronyism have also been a regular accompaniment to the growing list of MZOs issued since Doug Ford took office.

The usual concerns have arisen with The Orbit, with naysayers especially concerned about environmental impacts and Doug Ford's personal connections to the project. Vaughan-based Cortel Group is developing the project, and the connections between Ford and Cortel go way back, as explained in this deep dive on Twitter. 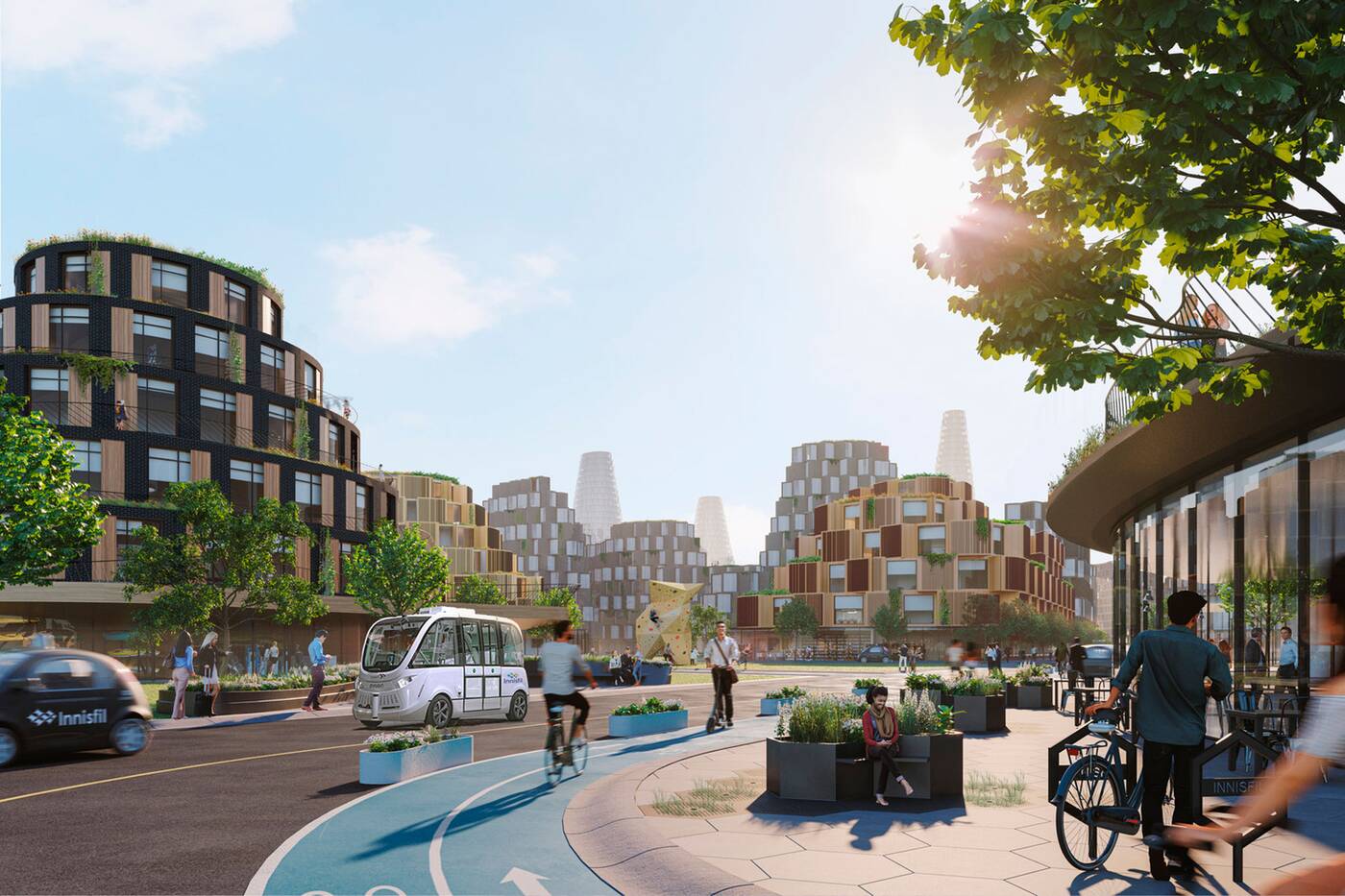 As a top-down order, the MZO cannot be appealed. This may not be the end of the picture, as the Town of Innisfil's upcoming Secondary Plan is still subject to appeal, which could halt the project in its tracks. 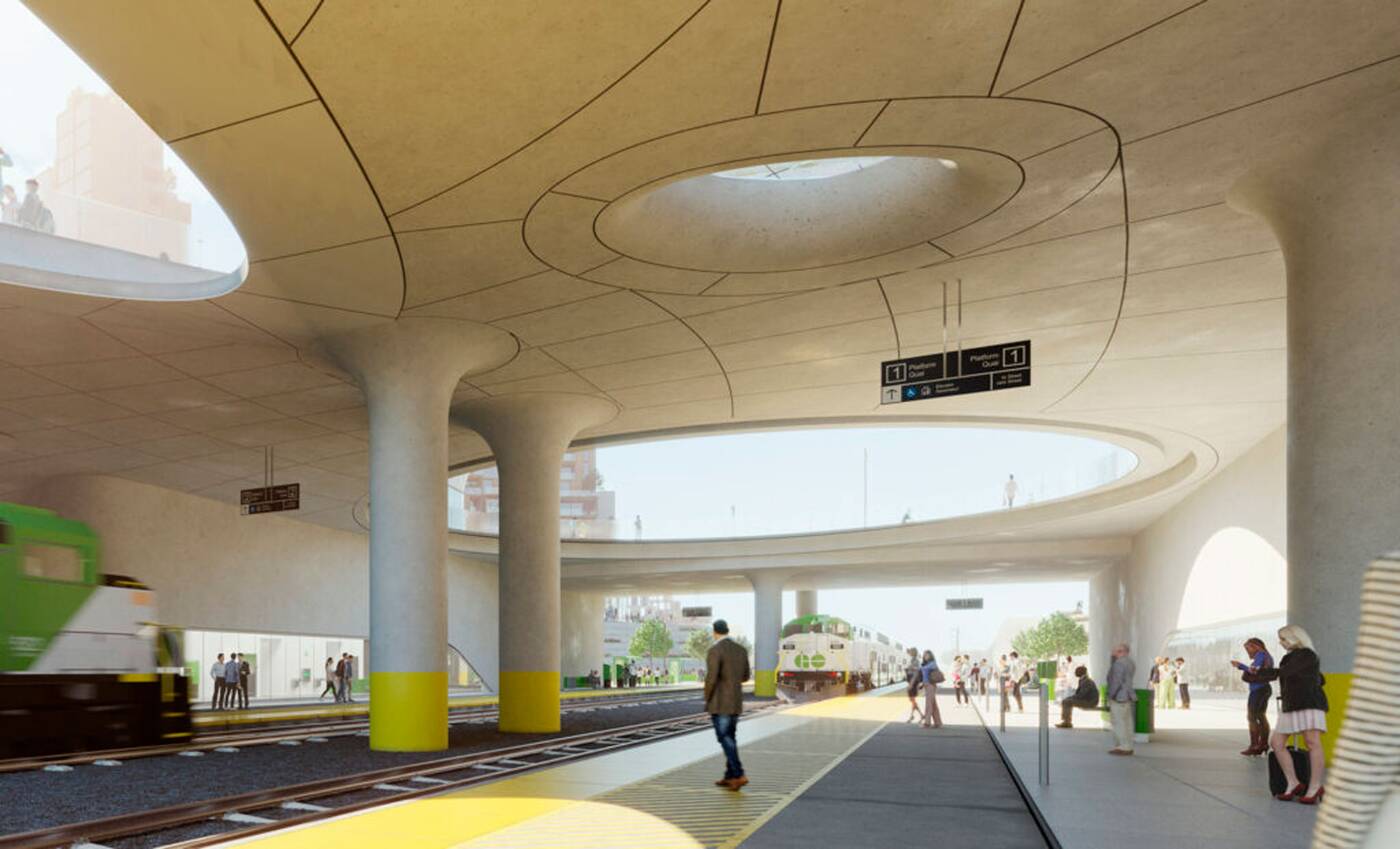 If all goes according to plan, construction could begin as early as 2022. The proposed first phase of The Orbit, along with a future second phase, would more than triple the population of Innisfil while preserving the farming roots that have sustained the community thus far.