A small town roughly 60 km north of Toronto is set to become home to futuristic city called the Orbit.

The town of Innisfil isn't known for much besides cottages, farms and the Lake Simcoe shoreline — but that's all going to change.

Around the area of the 6th Line and east of 20th Sideroad, at the heart of the region, Innisfil will become the perfect balance of urban living while still maintaining its natural and agricultural lands.

The master plan for The Orbit, drafted by PARTISANS, outlines a  proposal to establish a new city of up to 150,000 people, according to Urban Toronto.

The plan centres around a new GO Station set to be built in the area within the next few years. The station will provide faster, more accessible transit for those who live in the region, but the town of Innisfil intends to take it far beyond that.

A four-tower mixed-use development would be built over top of the station, with connections from street level and through the buildings. 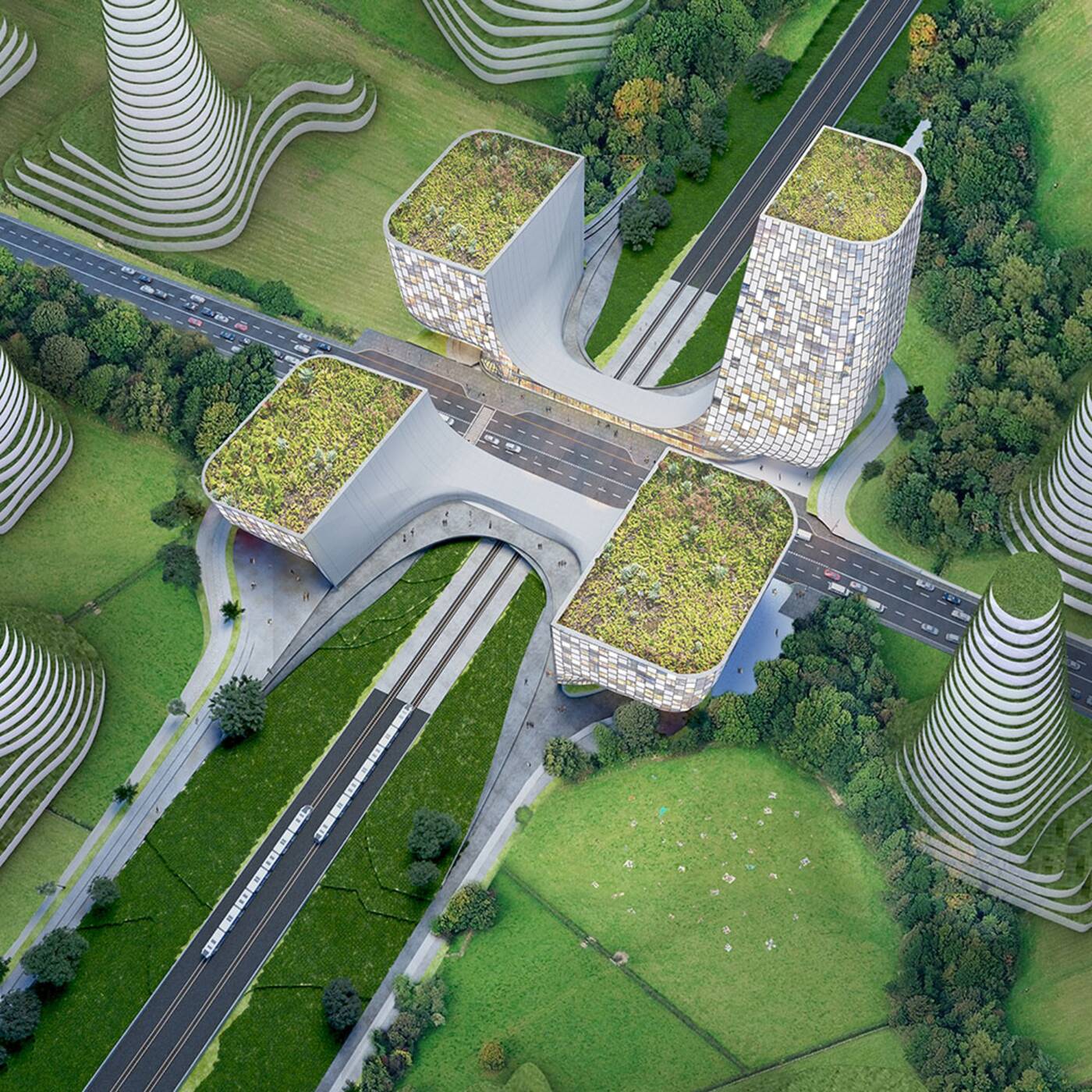 The four-tower mixed-use development at the GO station

"We aren’t just building another cookie-cutter shelter with a parking lot — we know this is an opportunity to provide our community with a real transit hub and much more," the town's website states.

"With this in mind, our complete community is designed with how people will live, travel, interact, play and work — or Orbit — in and around it; without a doubt, this is the defining design principal of The Orbit: Innisfil."

Once completed, the new futuristic city will become a mixed-use community centred around accessible transit.

It'll provide commercial, institutional, educational, and community uses to all those who inhabit the city of the future. 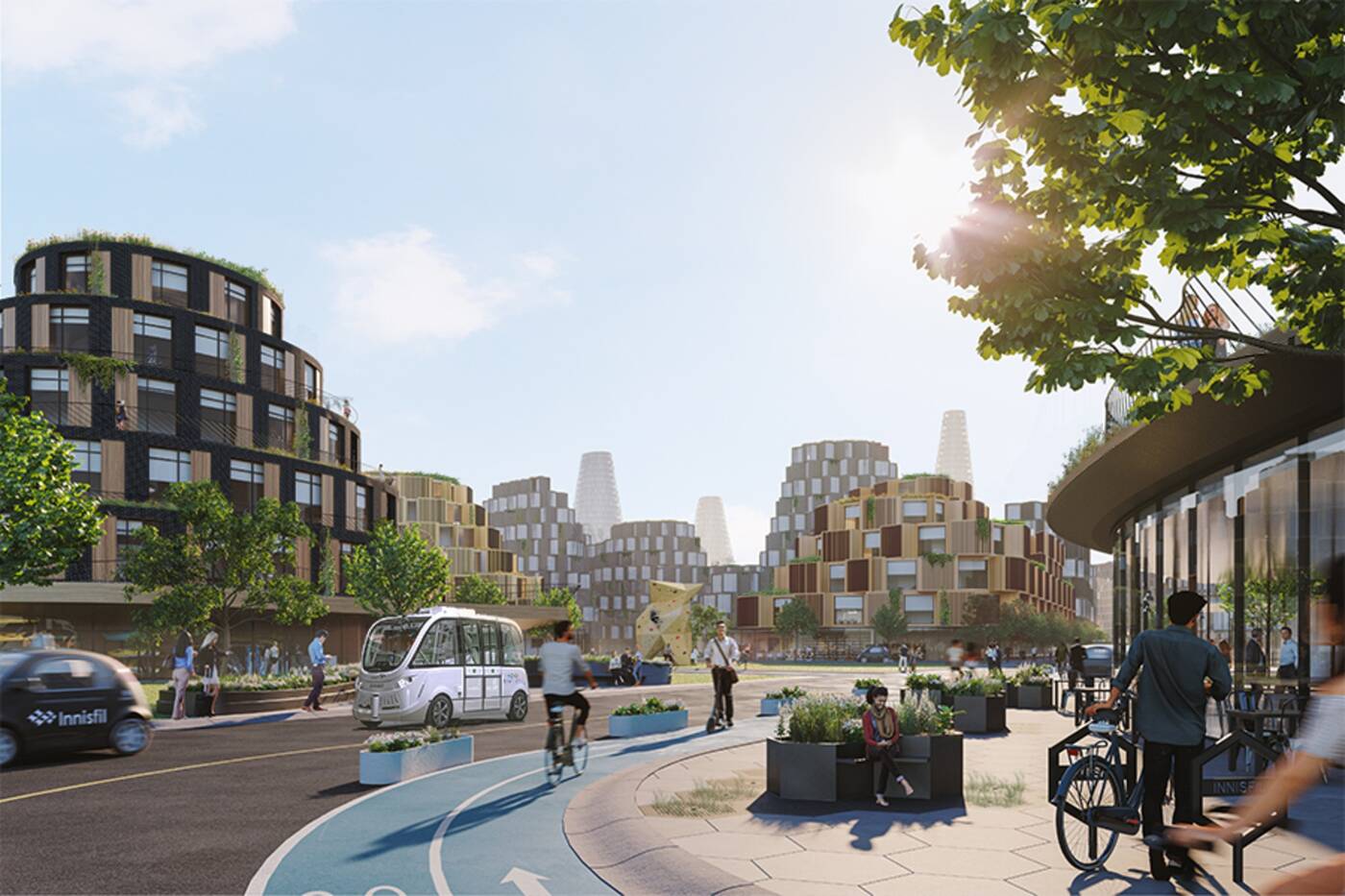 Street view of the Orbit

"Living at the Orbit means residents would no longer have to travel to Barrie or Toronto, thanks to a full suite of amenities, including designed for local entrepreneurs and traditional and non-traditional industries, year-round sports and recreational options, arts and culture spaces and more," according to the Innisfil website.

"With the GO Station at its centre, the Orbit offers numerous transportation options to connect it to Innisfil’s surrounding hamlets thanks to pedestrian-first streets, enhanced cycling options, accessibility initiatives and an Innisfil Transit system that takes advantage of autonomous vehicles and encourages shared trips."

As the GTA's population continues to grow far beyond capacity and increasing home prices persist, the Orbit aims to manage some of that growth by providing residents with another option for urban living.

Development in Innisfil will happen incrementally, and the plan is specifically designed to accommodate this kind of gradual expansion.

The GO station will remain at the area's core, while developments will slowly expand beyond the station in "squircles" — a mix of a square and a circle — as time goes on. 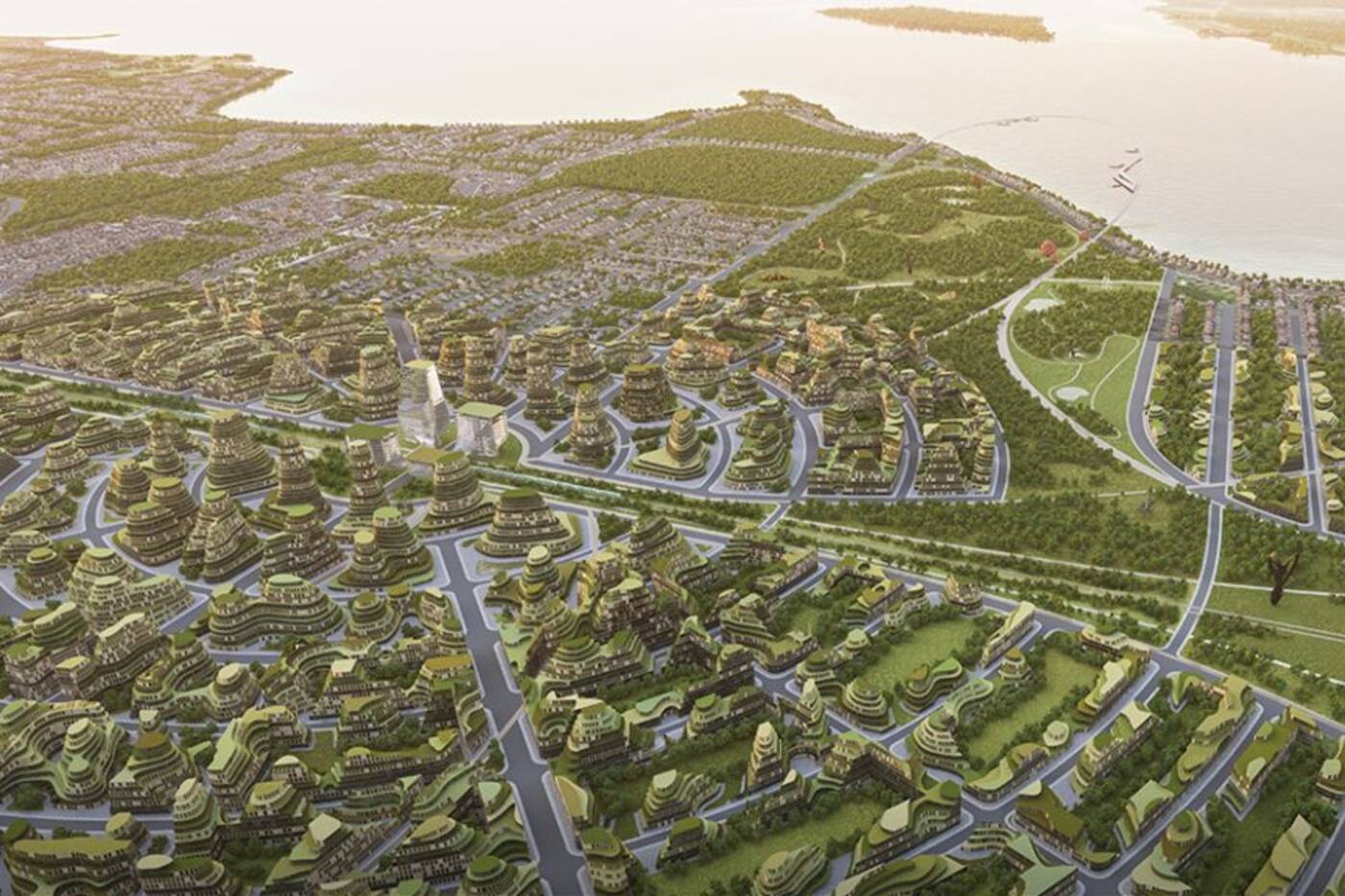 Aerial rendering of the Orbit

The plan focuses on offering many green spaces throughout the city in order to maintain the appeal of rural life, including a proposal for parkland in the southeast corner of the Orbit, which would connect to Lake Simcoe.

A 3.5 kilometre linear park running along both sides of the train tracks is also included in the plan, which would feature a sculpture garden, a marketplace, recreational trails and playgrounds. 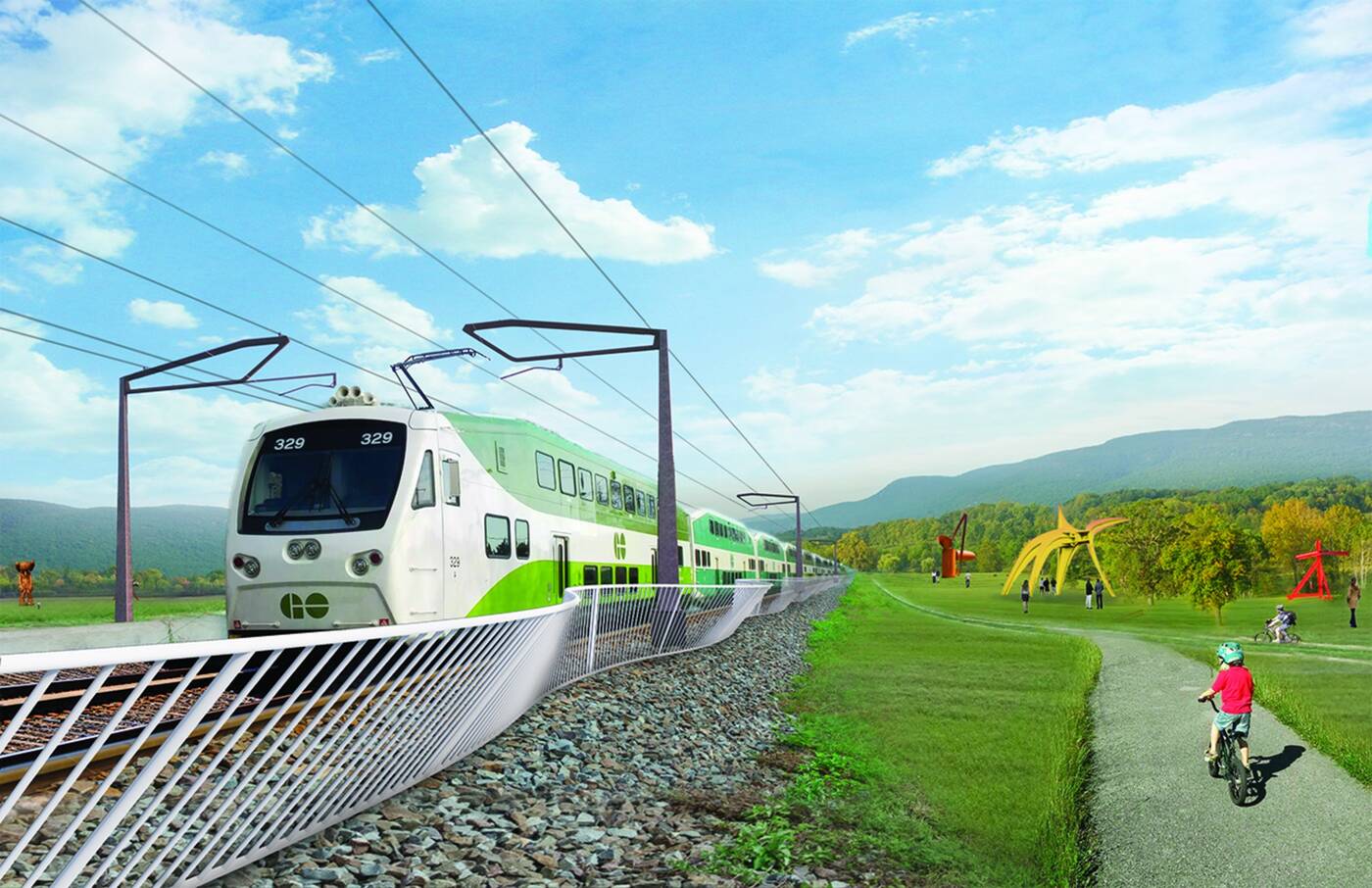 A rendering of the linear park

The Orbit will be constructed in a way that prepares for future density by using dynamic zoning, "a relatively new idea that proposes to automatically up-zone an entire area when a specific developmental condition is met," according to Urban Toronto.

Using this method, when an area becomes 70 per cent built-up, the standards for density and building heights will automatically increase to allow for incremental population growth.

"The Orbit is the result of input from Council, community leaders, architects, developers, builders and more," according to their website.

"Our first priority for the Orbit is getting a new GO station built in Innisfil and we are working hard to make that happen within the next few years."