News that the Province plans on razing four heritage buildings in Corktown, without permission from community members or the City, has sent waves of shock through the neighbourhood.

Toronto residents had no idea that the abandoned buildings on the historic Foundry site — which sit on Blocks 17 and 26 of the West Don Lands — would soon meet the wrecking ball. 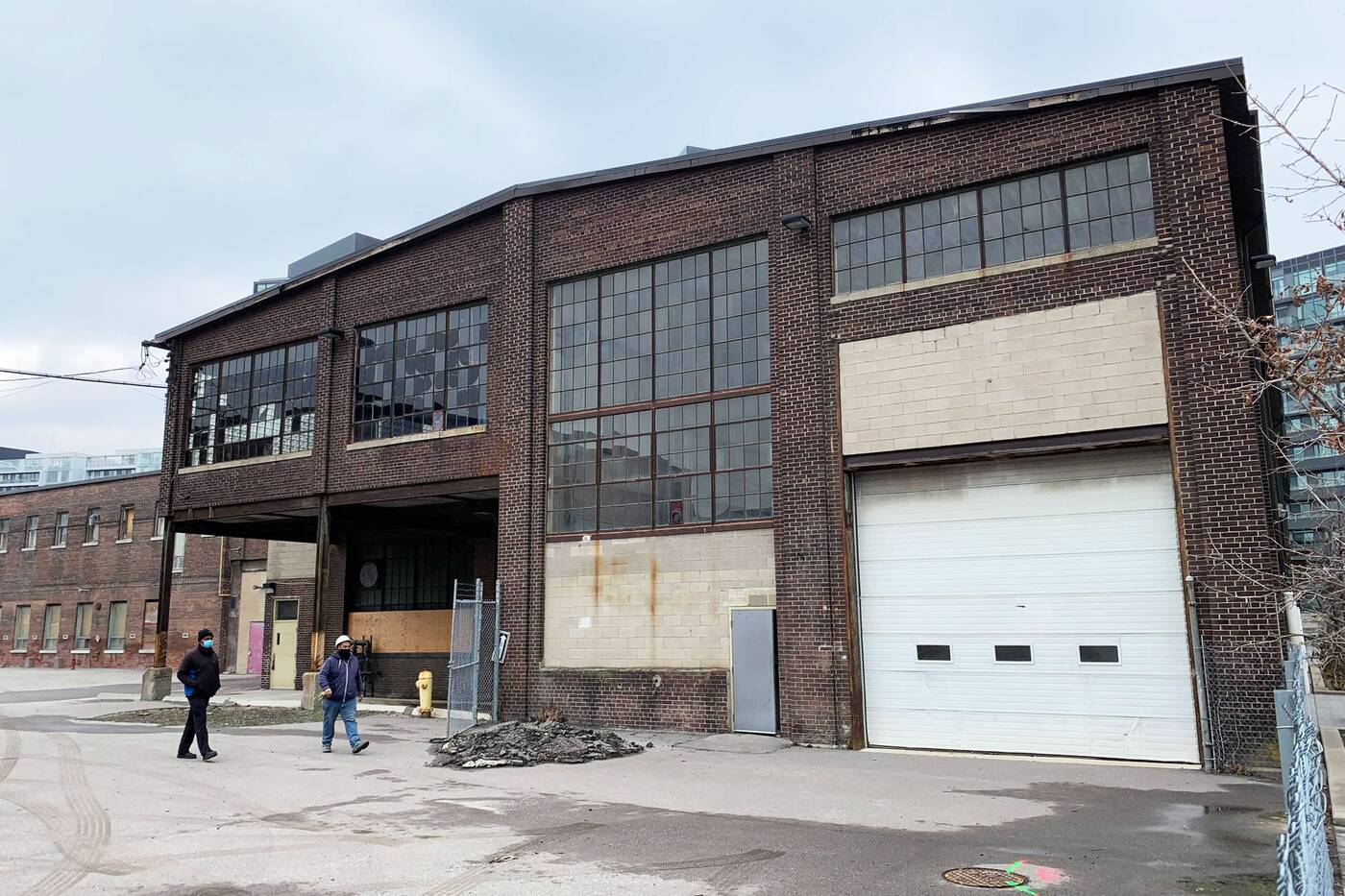 Four heritage buildings in the West Don Lands' Foundry site have been slated for demolition. Photo by blogTO.

But when demolition crews were spotted driving in and out of the Provincially-owned property this week, neighbours were horrified to learn that the Foundry buildings, which some had hoped to transform into a music hub, could be gone by March.

The buildings at 153 to 185 Eastern Ave. are part of three sites in the West Don Lands that fall under Ministerial Zoning Orders (MZOs), a point of contention amongst municipalities who have accused the Province of blindsiding them with MZO issuances throughout 2020.

MZOs allows the Minister of Municipal Affairs and Housing, Steve Clark, to override the City of Toronto's heritage designations and sidestep the usual planning processes.

On Thursday, multiple Toronto reps including MPP Suze Morrison, MPP Chris Glover, and Cllr. Kristyn Wong-Tam voiced concern over the lack of consultation between the Province and City representatives. 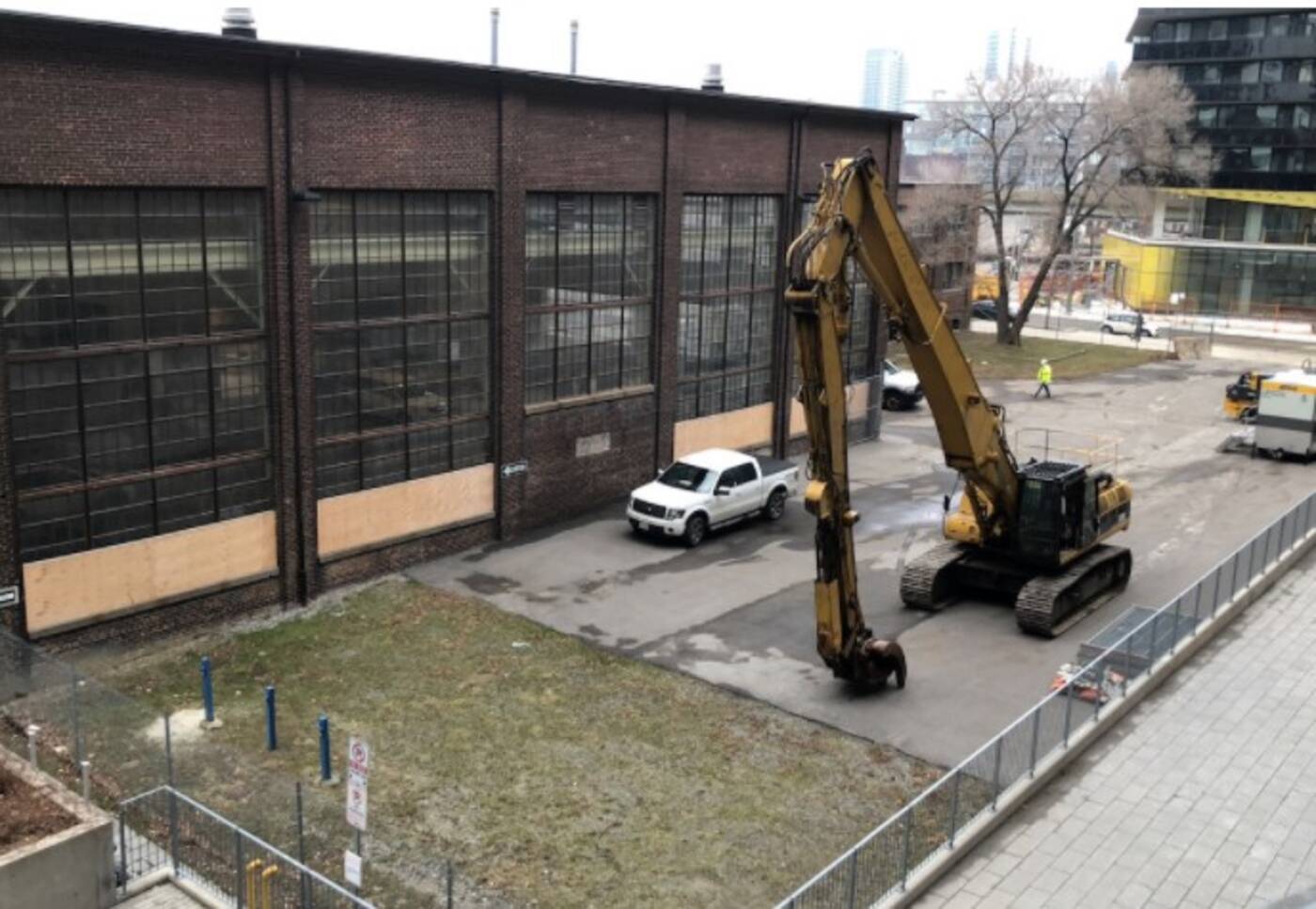 Demolition crews were spotted on the Foundry site property by residents of the neighbouring building. Photo via Canary Advocates.

"The information the City has is limited, but the clear intention by the Province is to create a 'clean slate' for a future developer to redevelop the site without being burdened by necessary city approvals related to the heritage buildings," said Wong-Tam in a statement.

"The demolition of these heritage assets would be an incalculable detriment to proper city planning. It signals to municipalities and developers across the province that the Ford Government is unwilling to follow its own recently updated heritage planning policies," said Wong-Tam.

"If the Province refuses to respect its own heritages policies, why should anyone else?"

I’ve engage the City Solicitor and have ask her to find a legal way for the City to stop the demolition activity. We know the Province has “crown” rights which means they can demolish buildings even heritage ones without needing City approvals. Still City legal is researching..

City councillors have known since October 2020 about the MZOs issued to three sites in the West Don Lands. The zoning could allow for towers as high as 43 storeys.

When news first broke, Premier Doug Ford stated that the province would create 1,000 affordable housing units. But no guarantee for such units has been made, and Wong-Tam says: "The MZO is entirely silent on matters of heritage and affordable housing."

The four buildings on the old Dominion Wheel and Foundries Company site were constructed between 1917 and 1929. They were added to the City's heritage register in 2004. 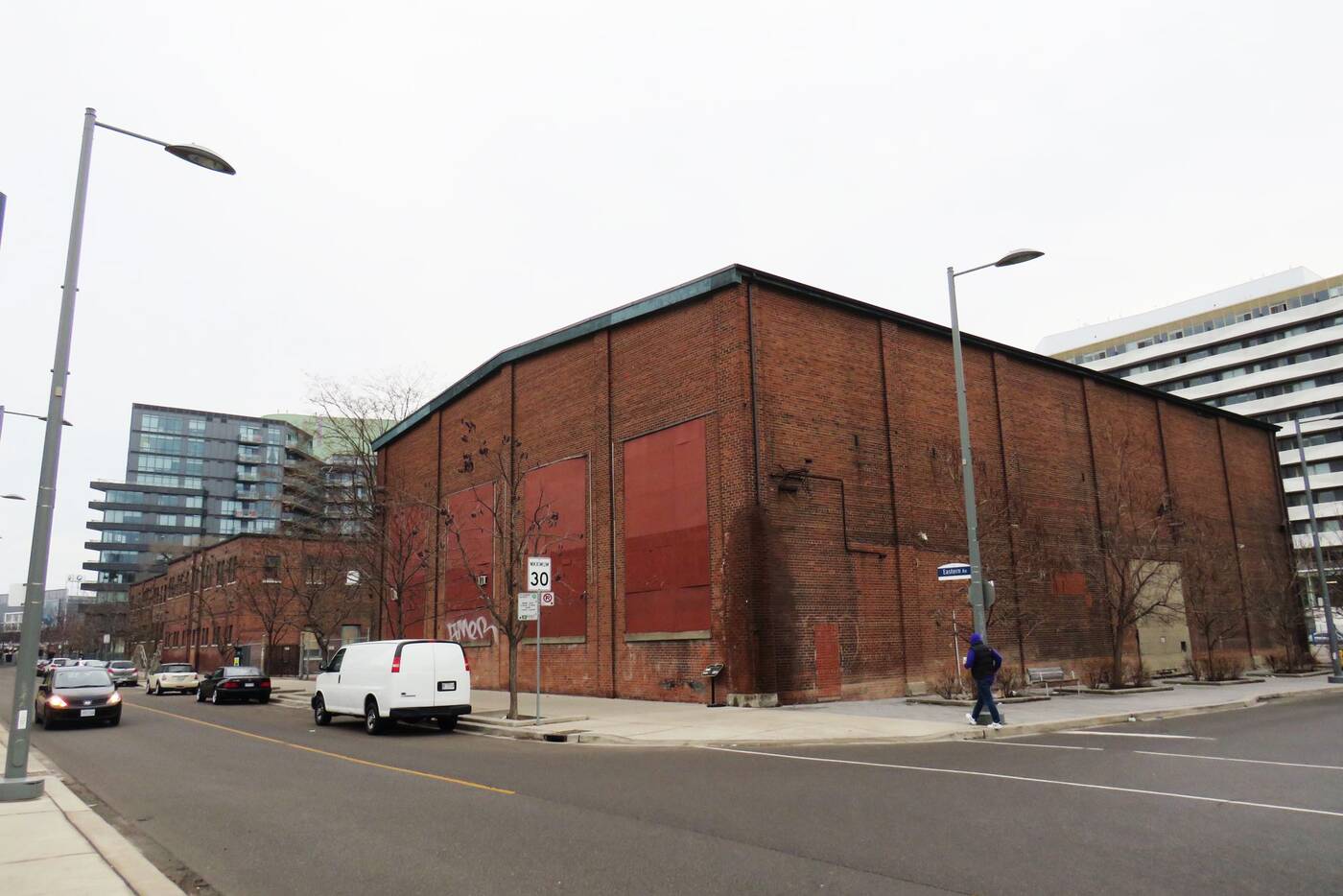 The buildings are part of the old Dominion Wheel and Foundries Company site on Eastern Ave. Photo via Sean Marshall.

With their demolition goes the dream of turning those buildings into a live-work hub and performance centre for Canadian musicians, as envisioned by The International Resource Centre for Performing Arts (IRCPA) and the Corktown Residents and Business Association.

Residents and councillors are now calling for the Provincial government to stop all demolition activity on the Foundry Site and consult with the community.