A church for sale in Ontario comes with a long history but has been beautifully converted into a rural home.

The four-bedroom home at 1134 County Road 2 in Monaghan, near Peterborough, is listed for sale for $689,900, almost exactly the same price as the average condo in Toronto. 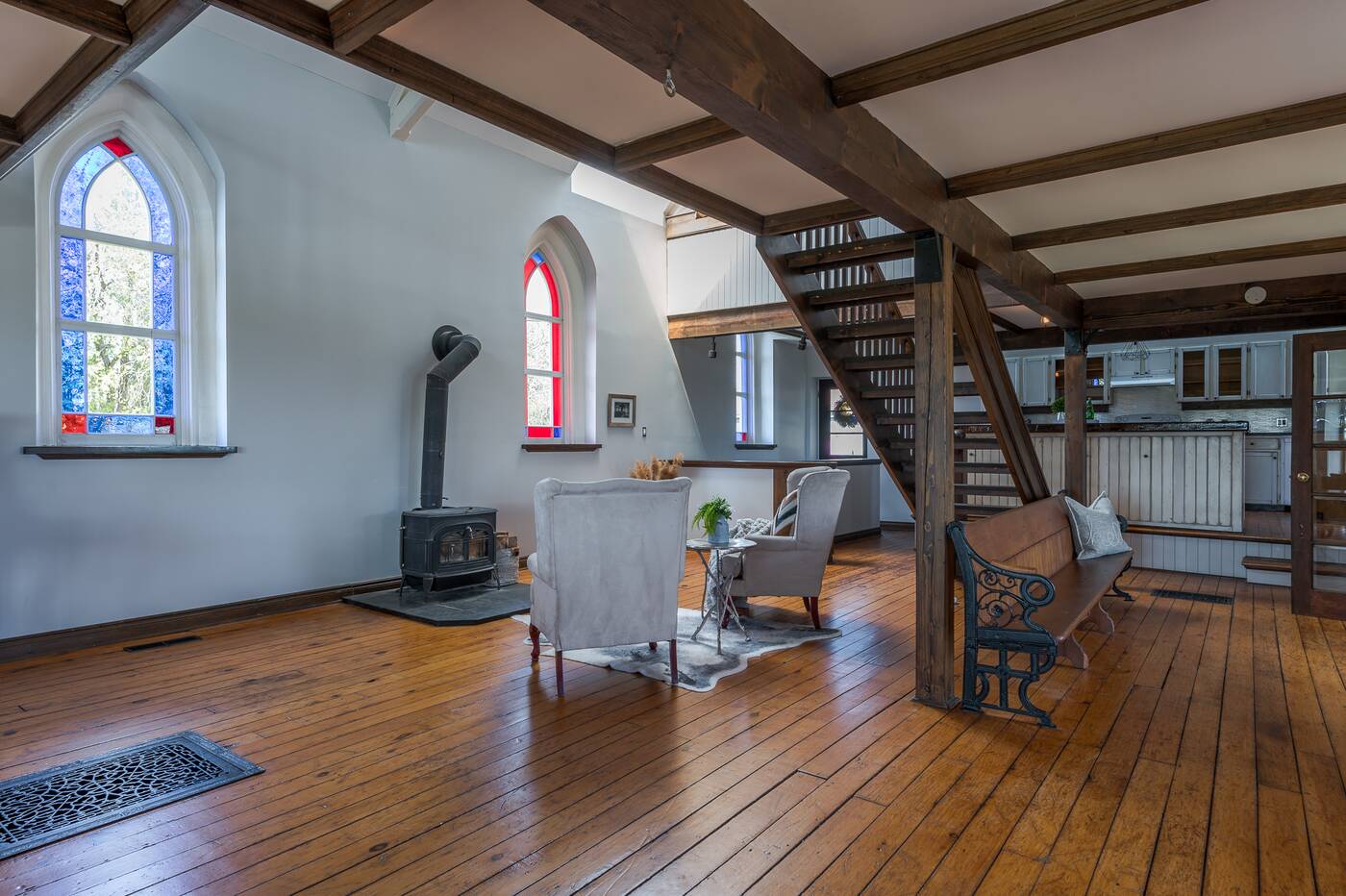 The converted church comes with its original stained glass windows.

In Toronto, large churches have been converted into lofts, and in Ontario, country churches occasionally come up for sale.

They're usually a lot more expensive than this. 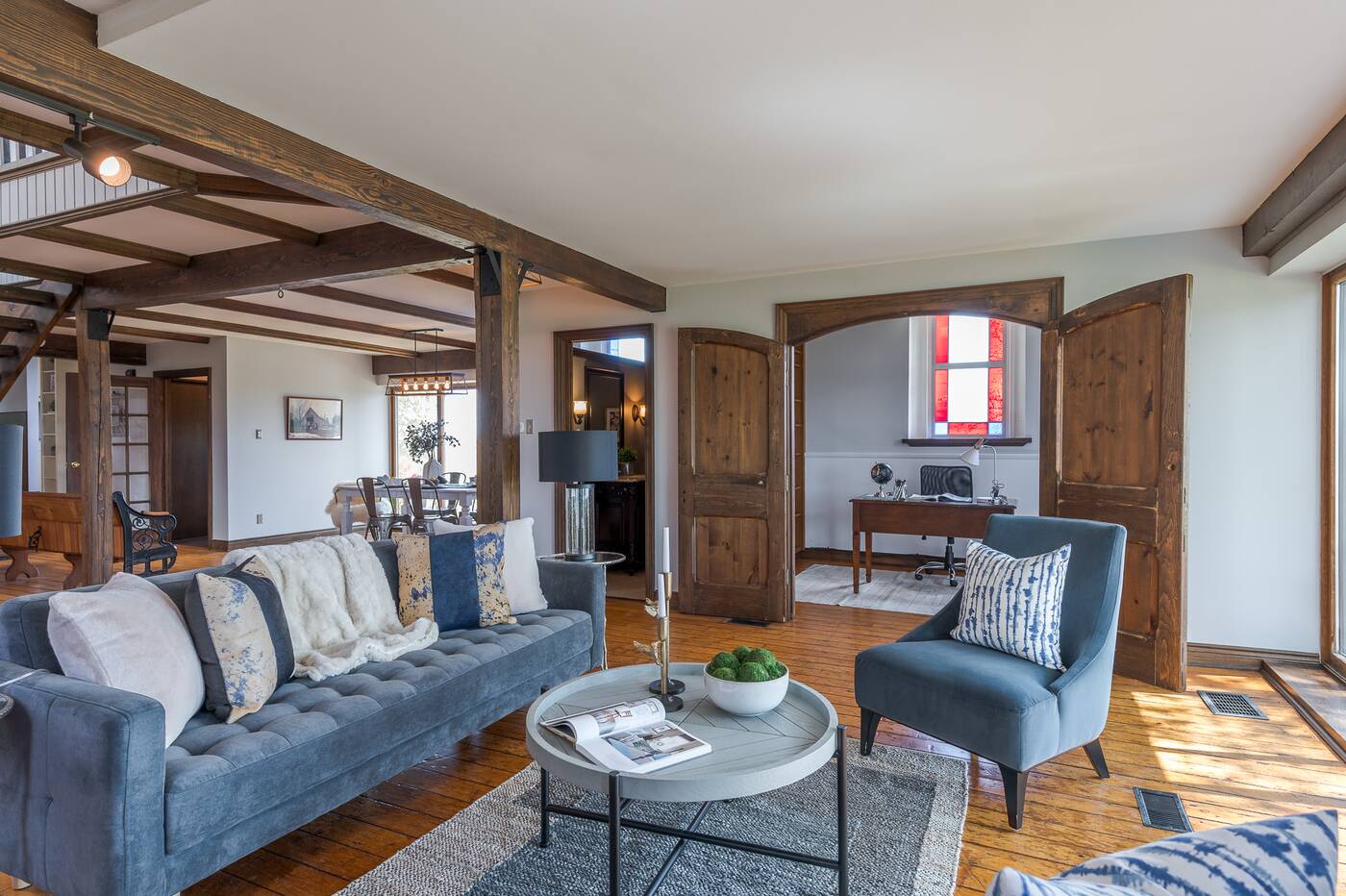 The living room is open concept but there is a small office space with doors.

This home, not far from church recently for sale in Port Hope, used to be Bensfort Church, a Methodist (and later United) church, completed in 1883. 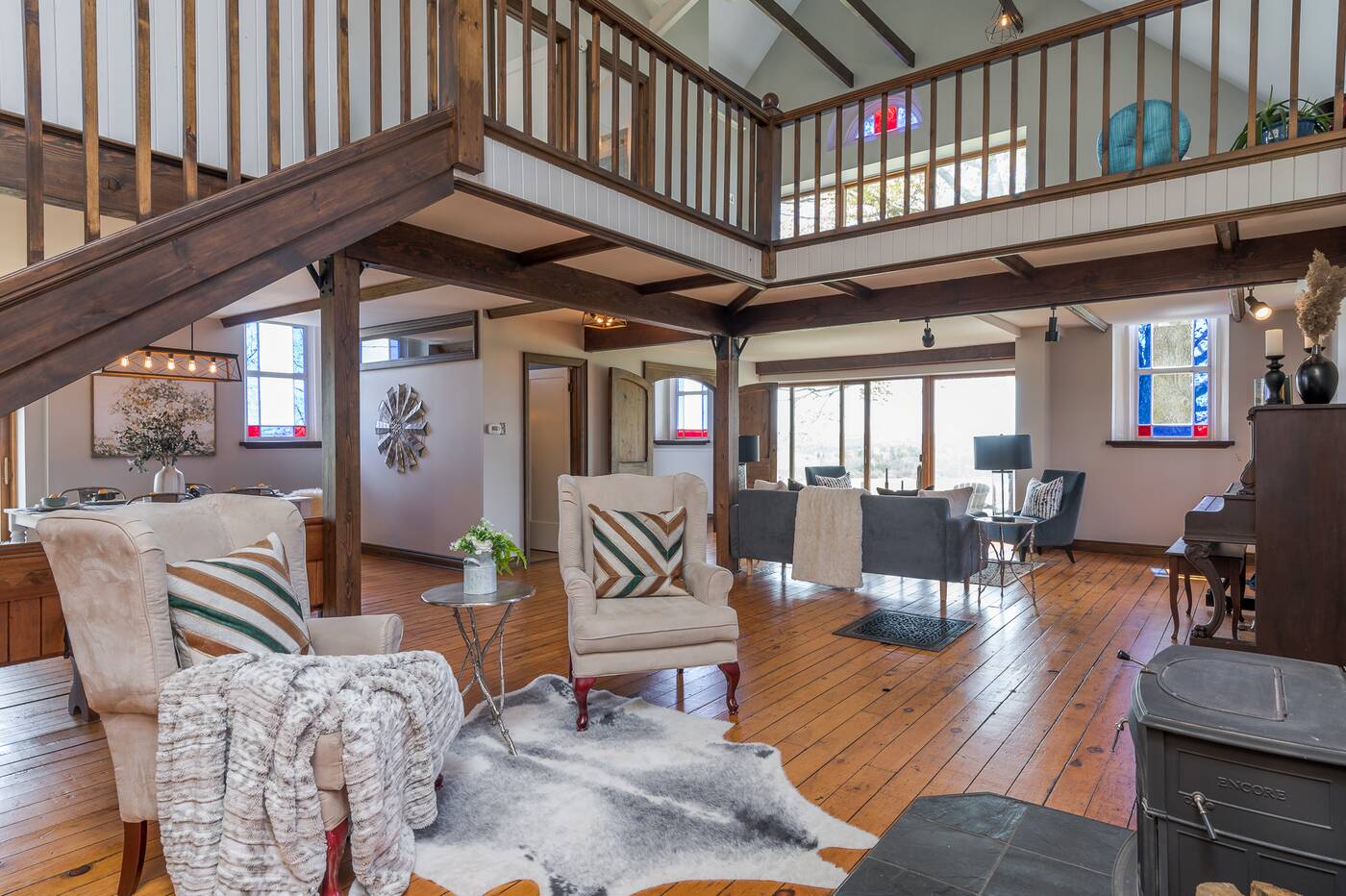 There is a wood-burning fireplace on the main floor.

It was converted into a home a century after it was built and has nearly 3,000 square feet of open concept living space. 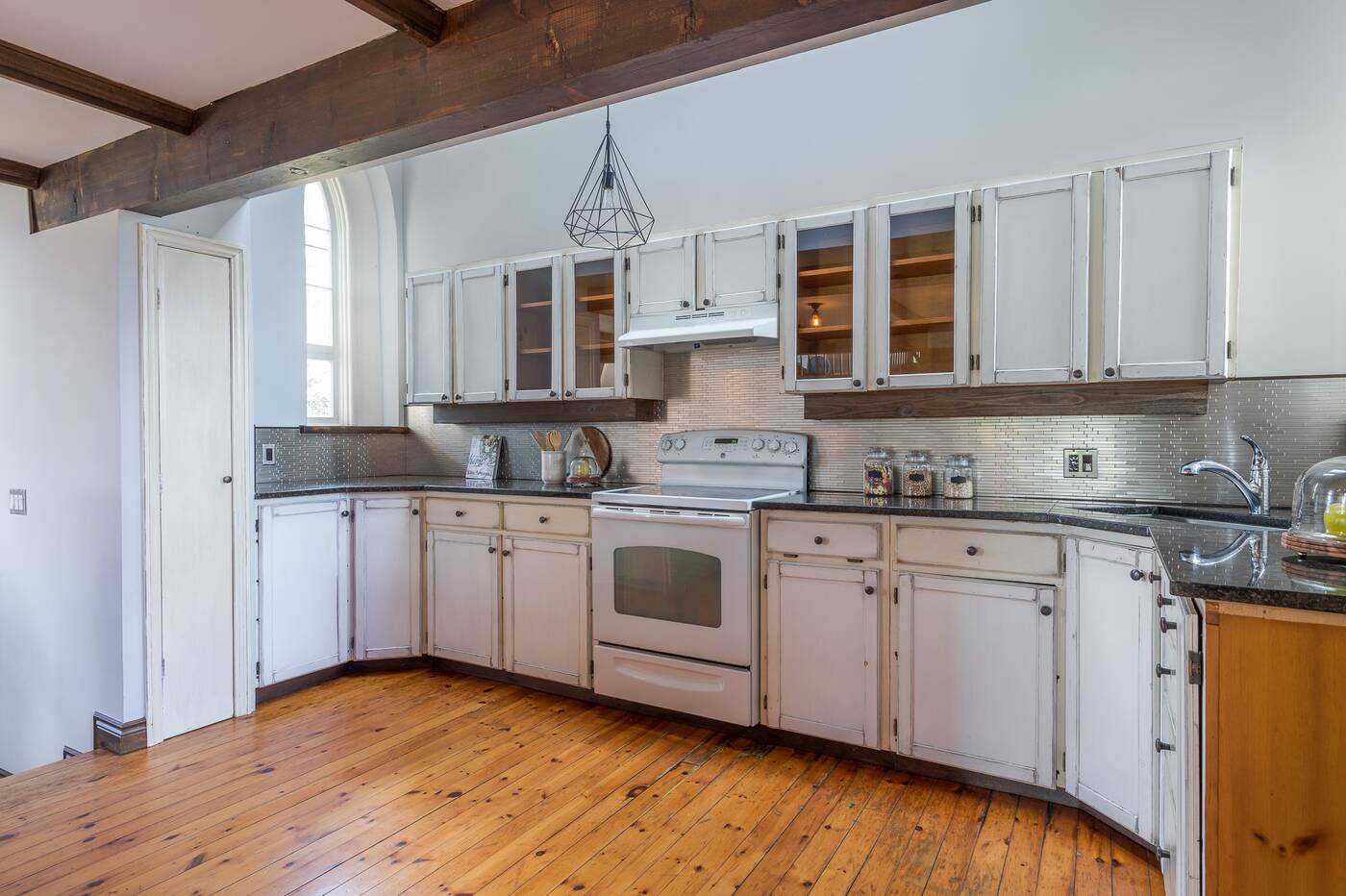 The kitchen is spacious with hardwood floors.

The main level has a large kitchen, with a breakfast bar made from reclaimed glazed barn board. 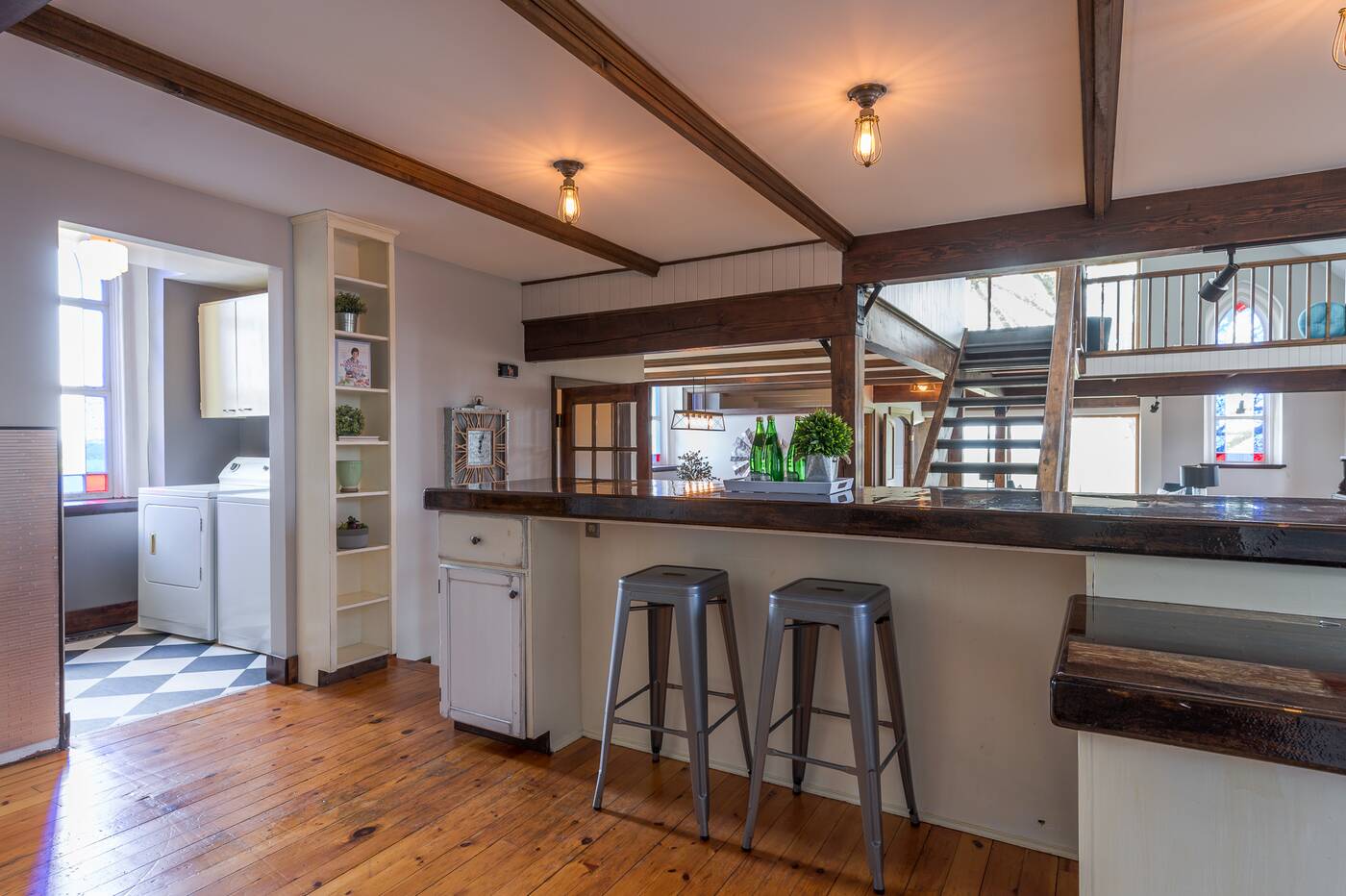 The kitchen has a breakfast bar that looks over a large part of the house. 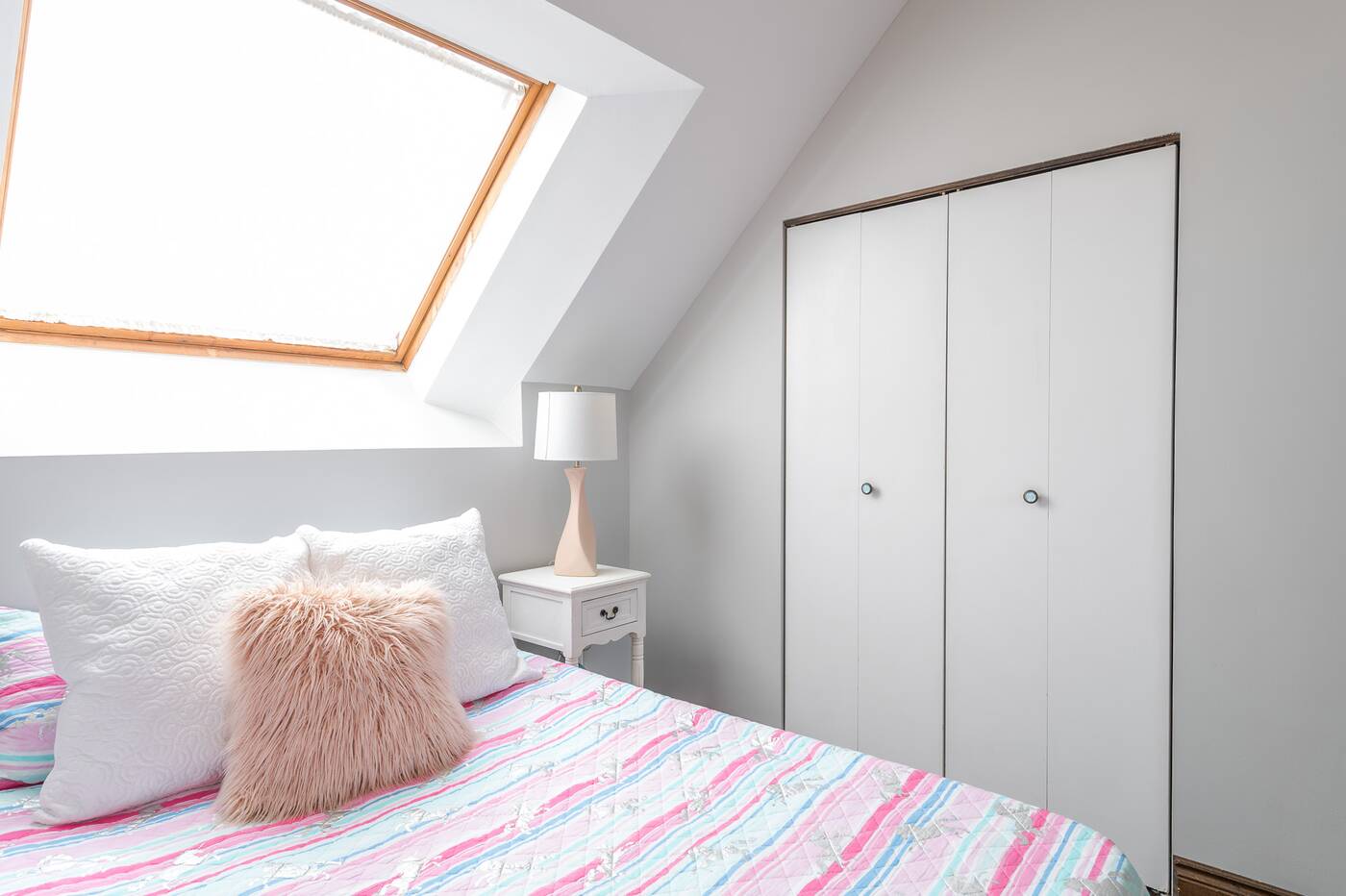 Each of the loft bedrooms has skylights.

The converted loft has three bedrooms, including a primary bedroom with built-in shelving at one end and an amazing arch over the likeliest place for a bed. 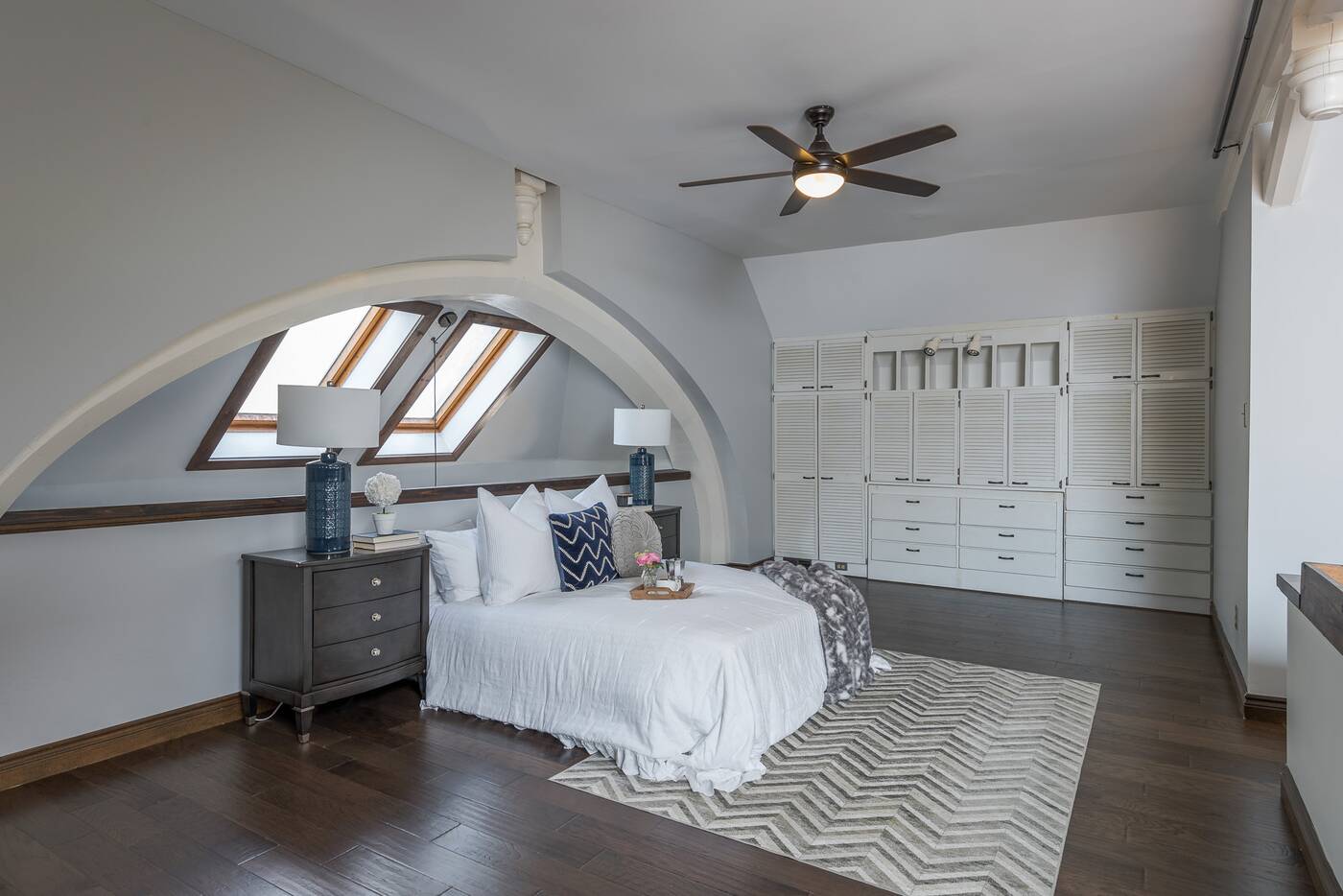 The primary bedroom has a large storage cabinet.

The loft bathroom has a pebble-floored glass-walled shower. 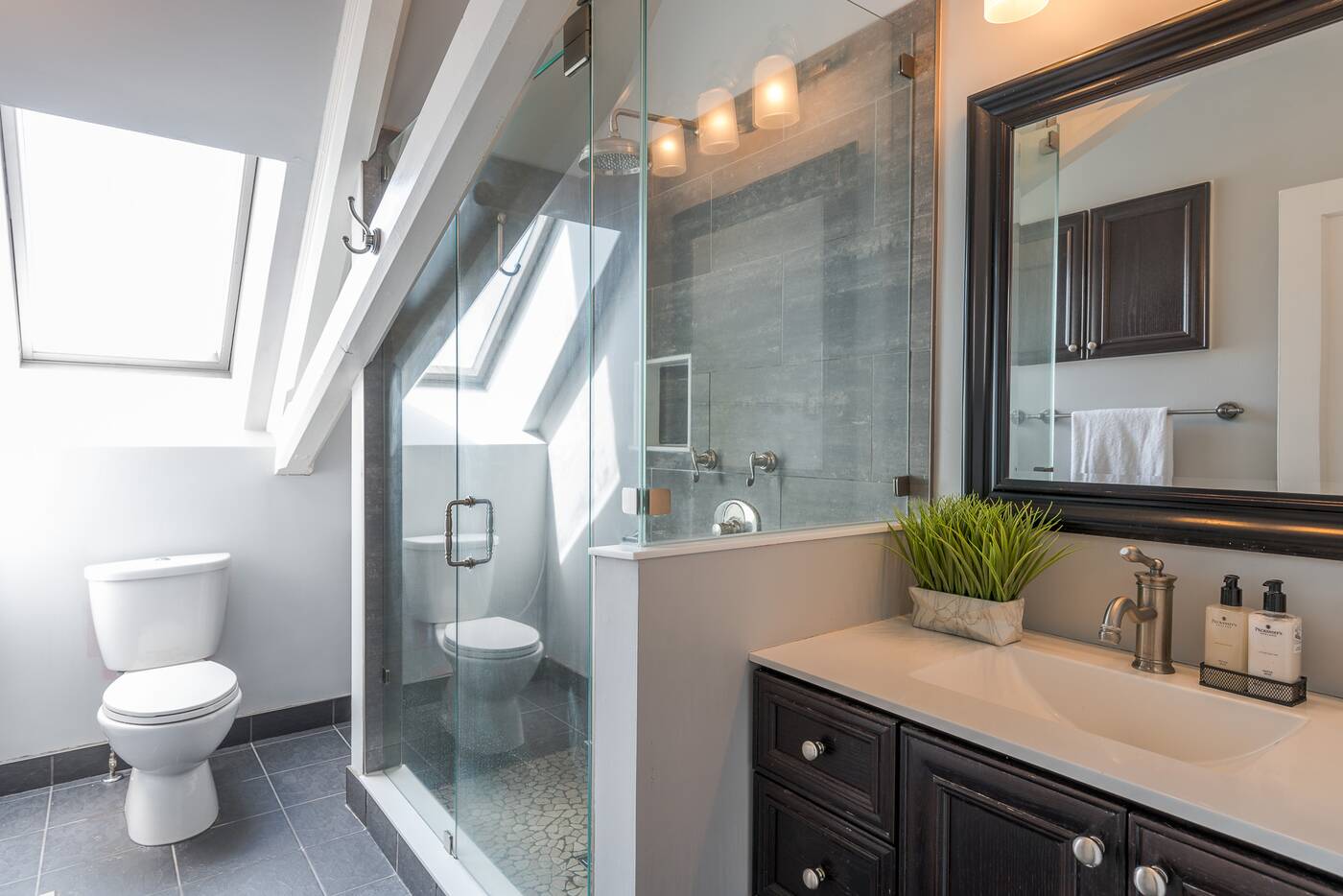 The upstairs bathroom has a shower with a pebble floor but no bathtub.

Opposite the primary bedroom is a large open area with lake views and a Juliette balcony. 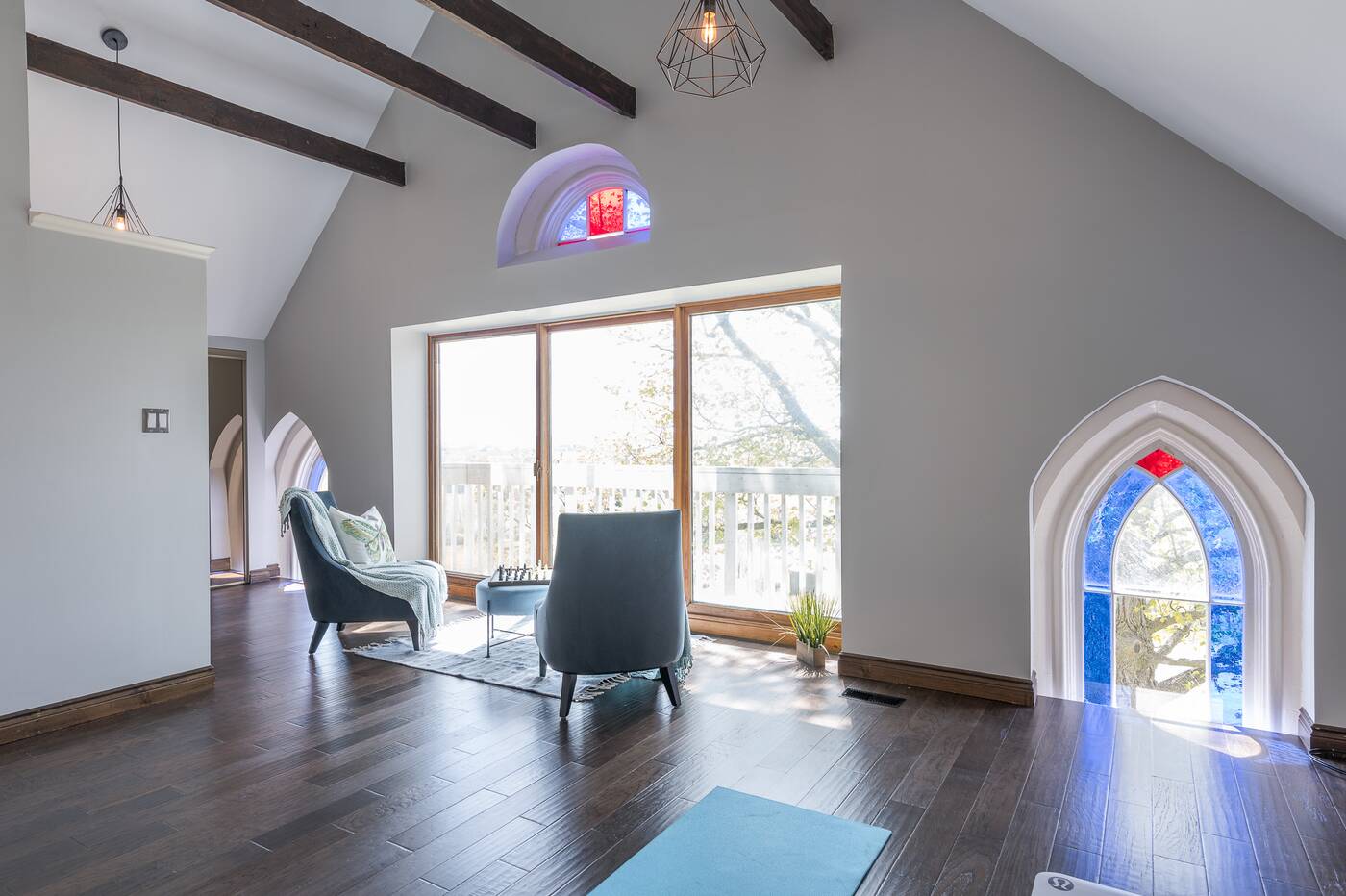 The loft has an open area that could be used as a yoga space or reading nook.

The one-bedroom basement is partially finished and has a separate entrance and a roughed-in bathroom. 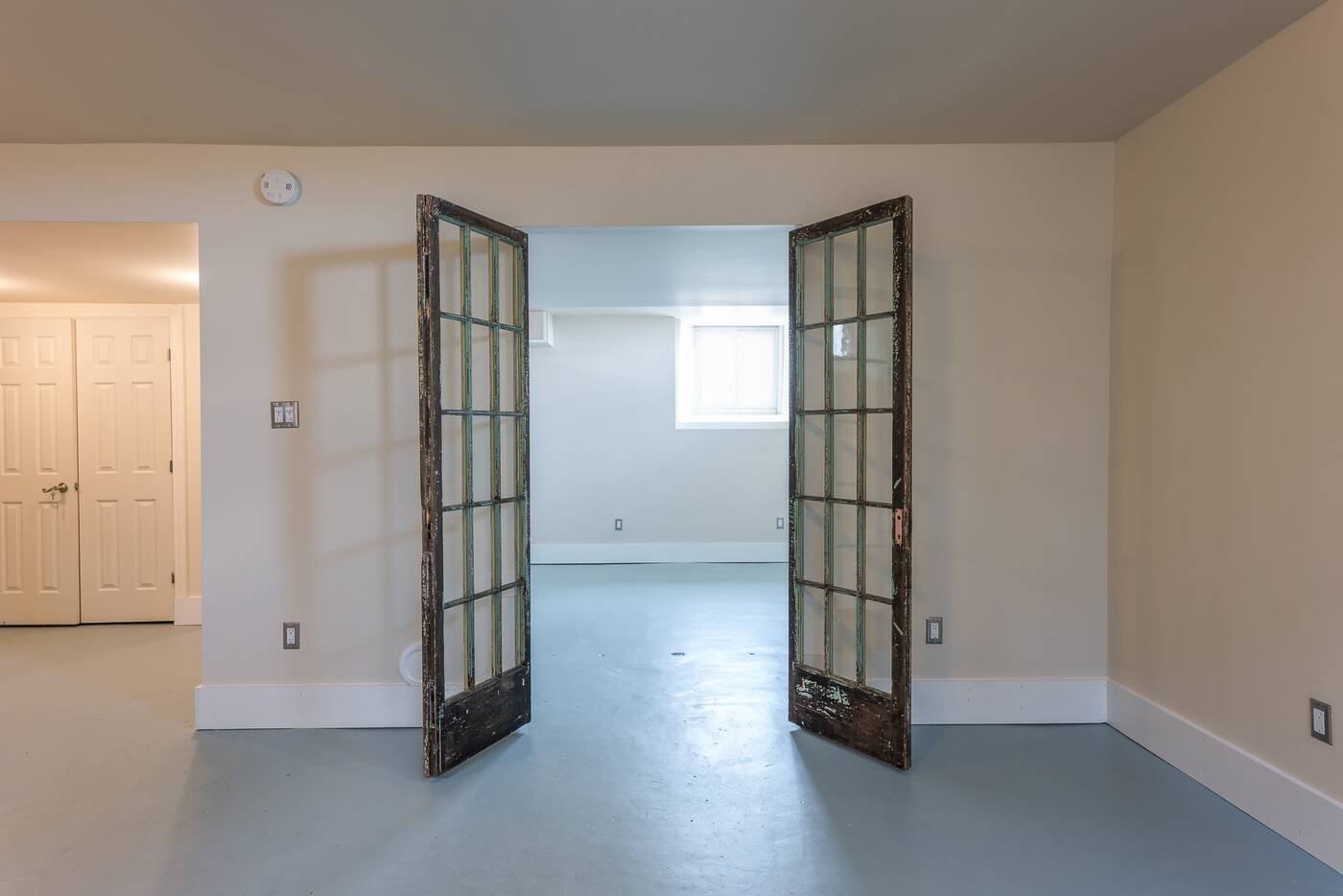 The basement has one bedroom and a separate entrance.

There is a barn on the property for wood storage as well. 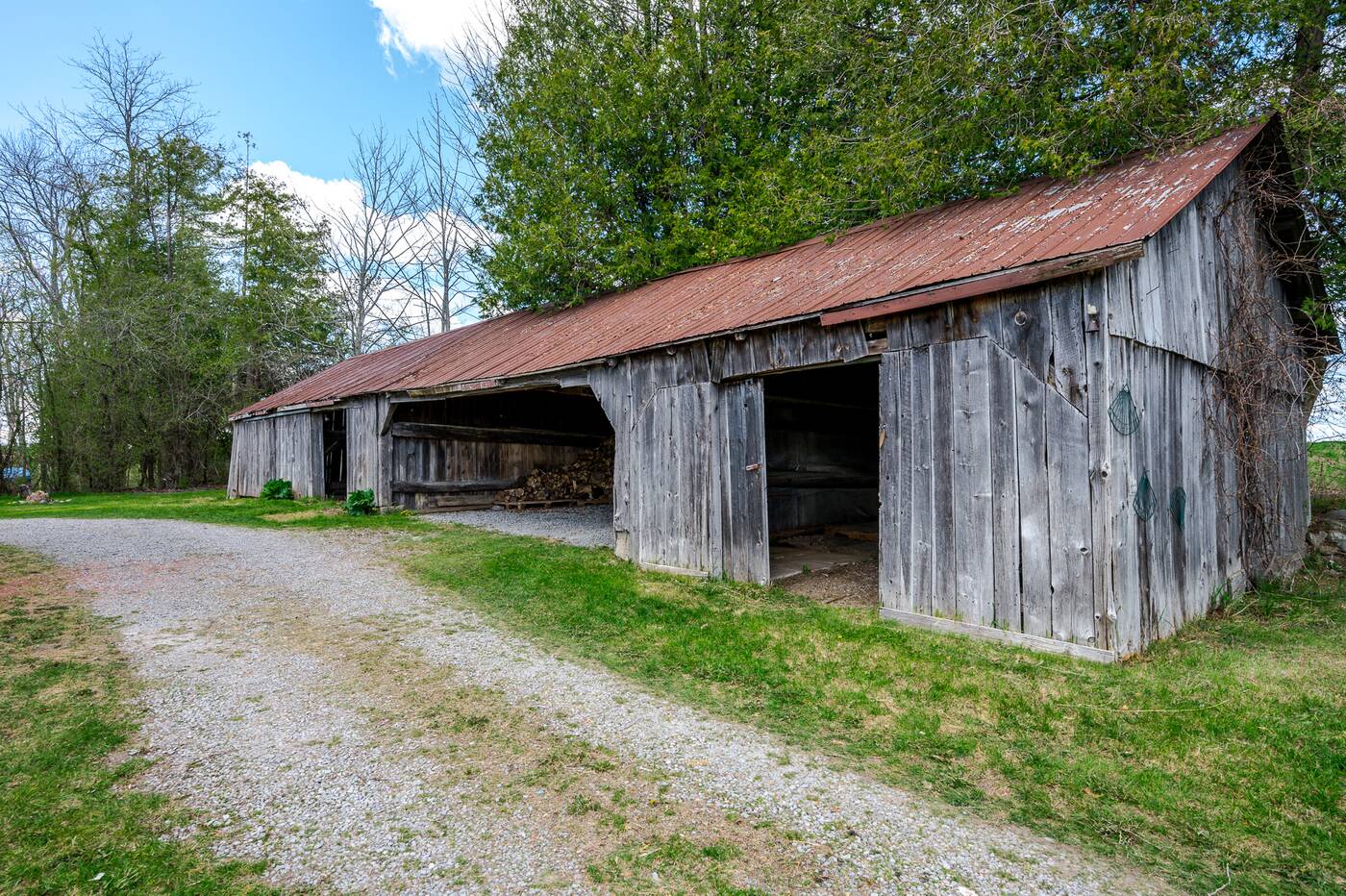 The barn on the property could be used to store firewood.

The home is rural, about a 20-minute drive to Peterborough and an hour and a half to Toronto. But it is quite near Rolling Grape Vineyard and Rice Lake, known for boating and fishing. 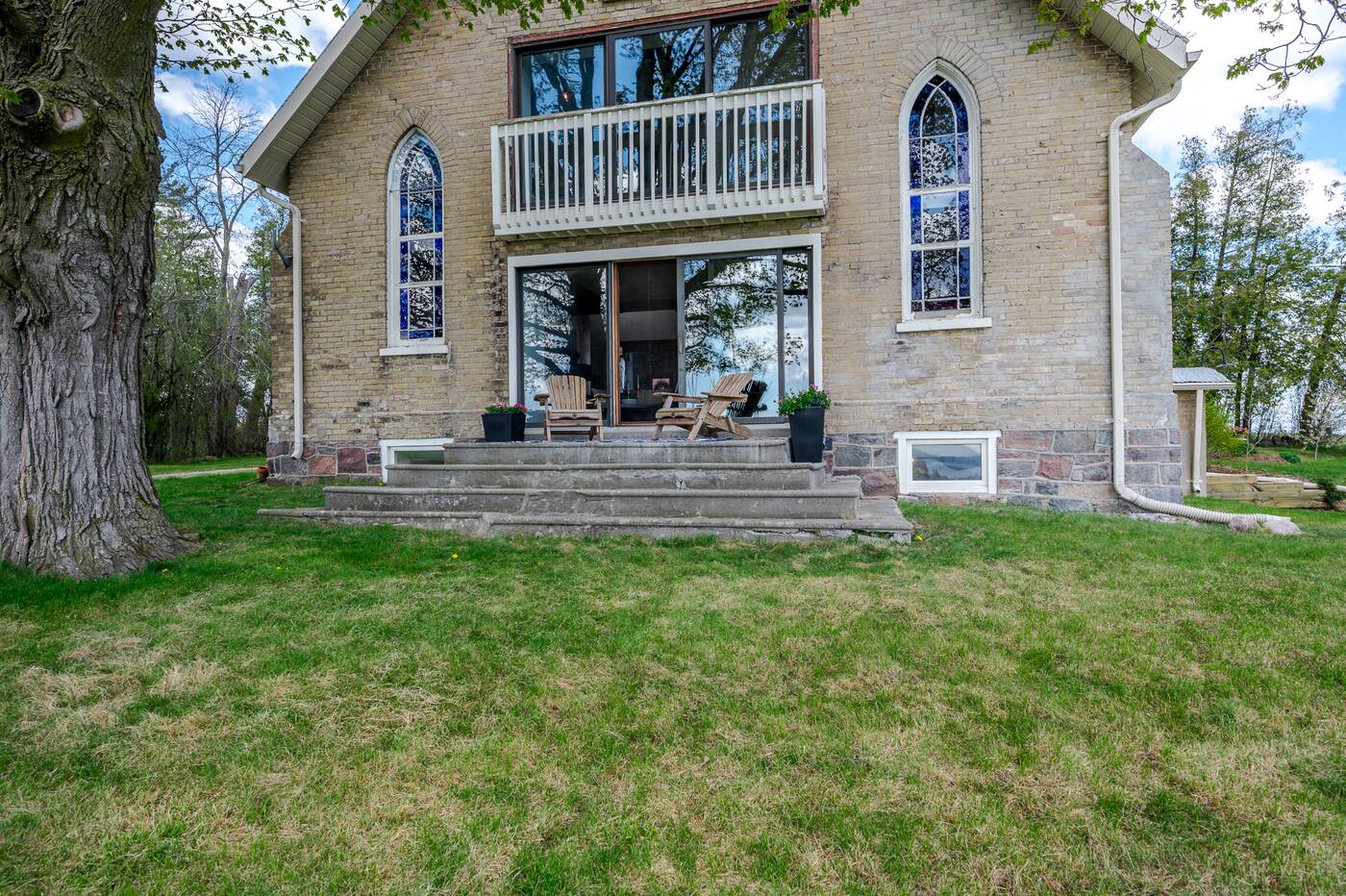 The front of the church has been opened up with picture windows.

If you are ready to make the move out of Toronto, this place would make a unique choice.