Tim and Amber had been living in Toronto for more than 20 years when they made the mutual decision to leave the city for somewhere less dense earlier this year, though they never imagined they'd end up in a little-known Ontario community with so much to offer.

Just like so many former city-dwellers who've been taking part in Toronto's mass urban exodus, the couple set off on a journey to find the perfect place to call home after deciding they were ready for a more low-key, small-town lifestyle.

"Toronto is a world-class city, if not the best city in the world. A melting pot of culture and art and cuisine, it truly is hard to beat," Tim tells blogTO.

"Having lived in the city for the past 20 plus years, though, sometimes change can be a good thing, and we have always been up for a new adventure."

And so, the couple looked everywhere from Victoria, B.C. to New Brunswick in search of the right place to live, but it was the small community of Colchester, Ont., located in the municipality of Essex, that stood out to them as truly one-of-a-kind.

Both Tim and Amber are also fortunate enough to have jobs that allow them to work remotely, so its three-hour distance from Toronto was of little concern.

They made the move to the Colchester at the beginning of 2021, and Tim says it wasn't long before they were both head over heels in love with the place — which also happens to be the southernmost settlement on mainland Canada. 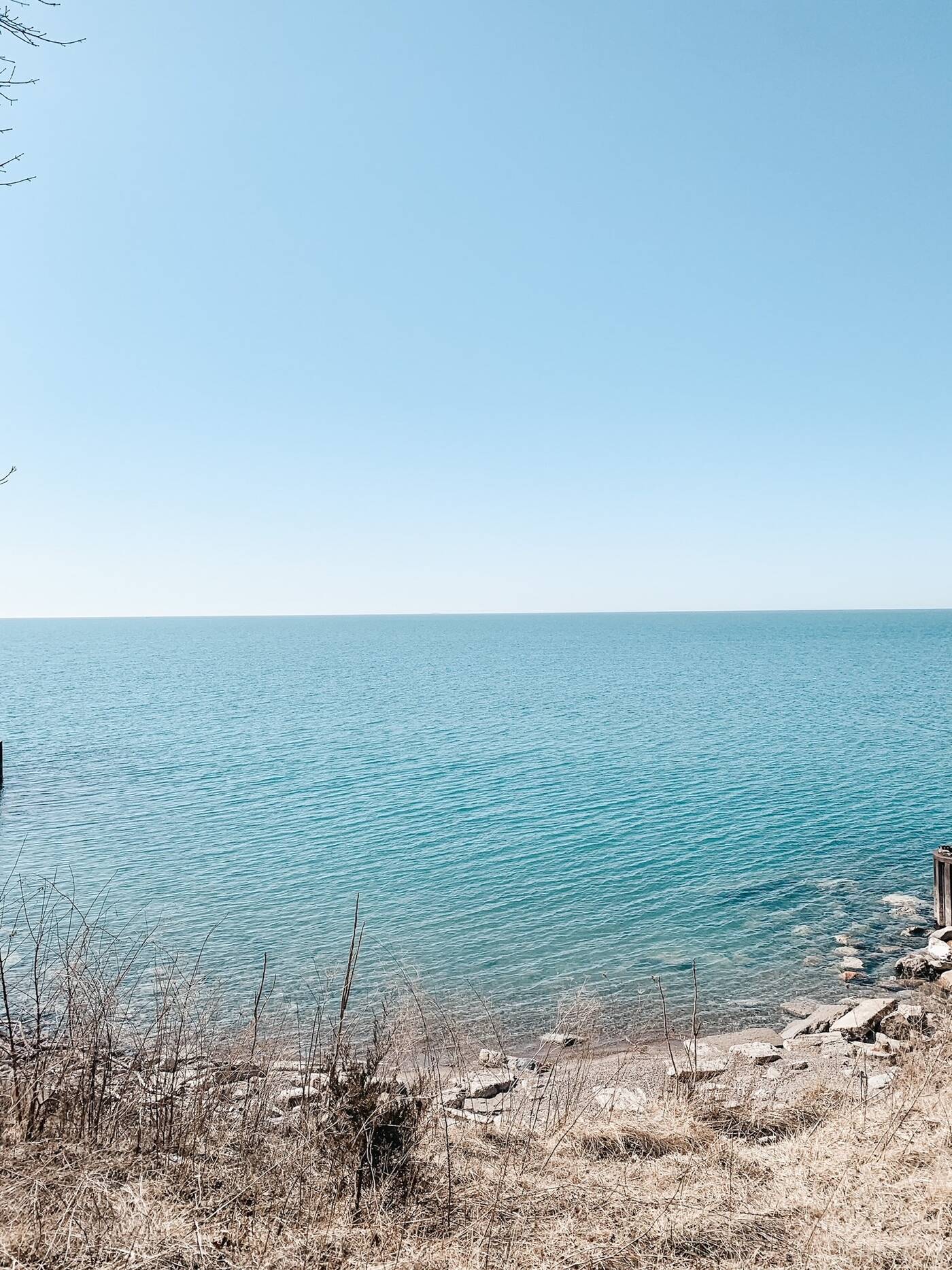 "We just love Colchester," he says. "The community has been so welcoming. It's very tight-knight, everyone looks out for each other. This is the type of place you see in the movies where you don't need to lock your doors and your neighbours become your best friends."

He says the community has more to offer than most would expect, including and especially its unique environment and climate. 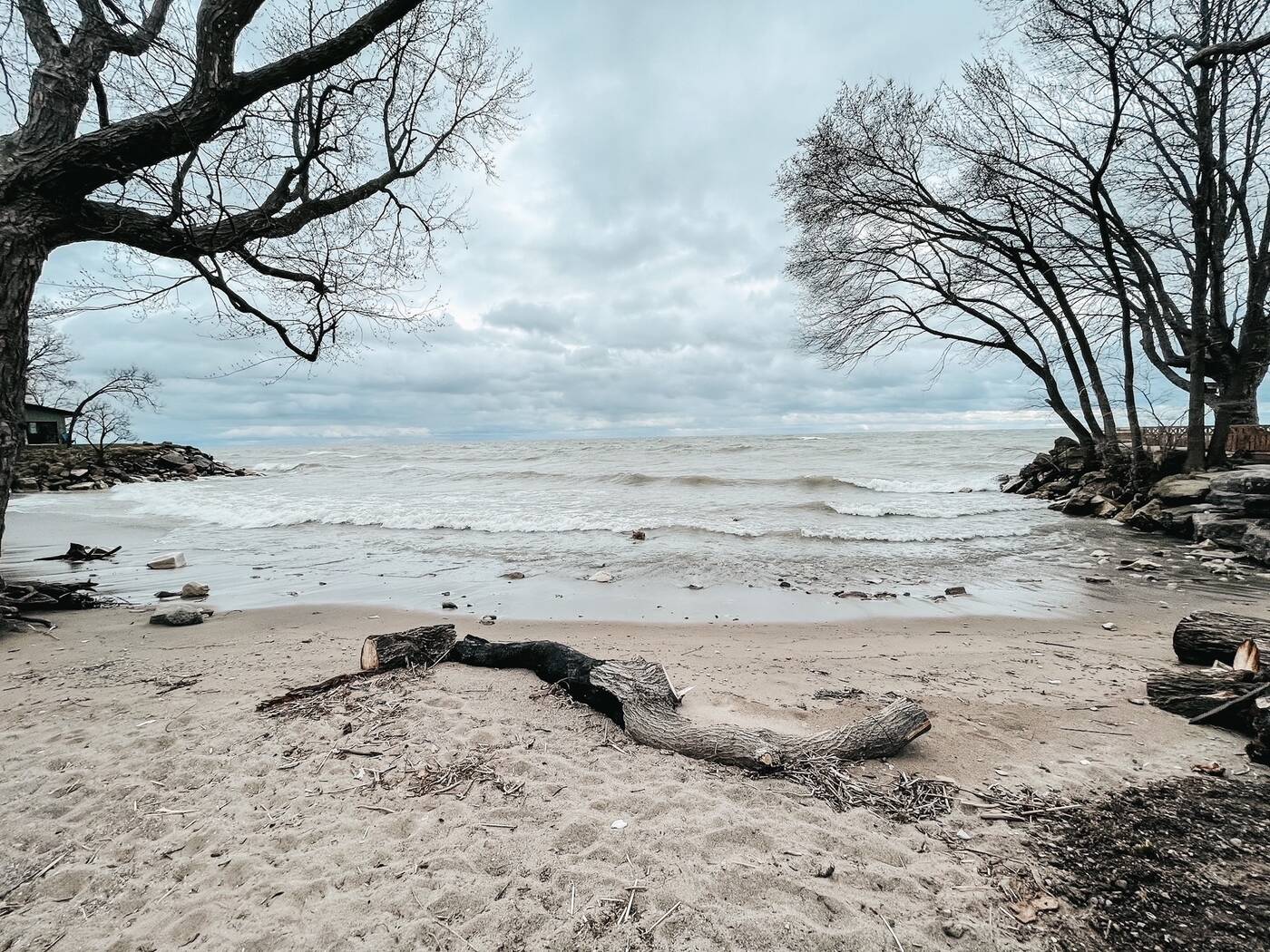 Colchester is the southernmost point in Canada.

"You are at the most southernmost point in Canada, the same latitude as Northern California. You essentially get an extra two months of summer," he says.

"You have Lake Erie, which at times can be clean and calm, or at other times you can see incredible powerful storms from miles away, and waves brutally smashing into shore… both weather circumstances unique in their beauty."

But one of the community's best-kept secrets, he says, is its thriving wine industry. With more than 20 wineries in the region, Tim says their new house is within walking distance of five.

So far, he says two of their favourites are North 42 Degrees and Sprucewood Estate. 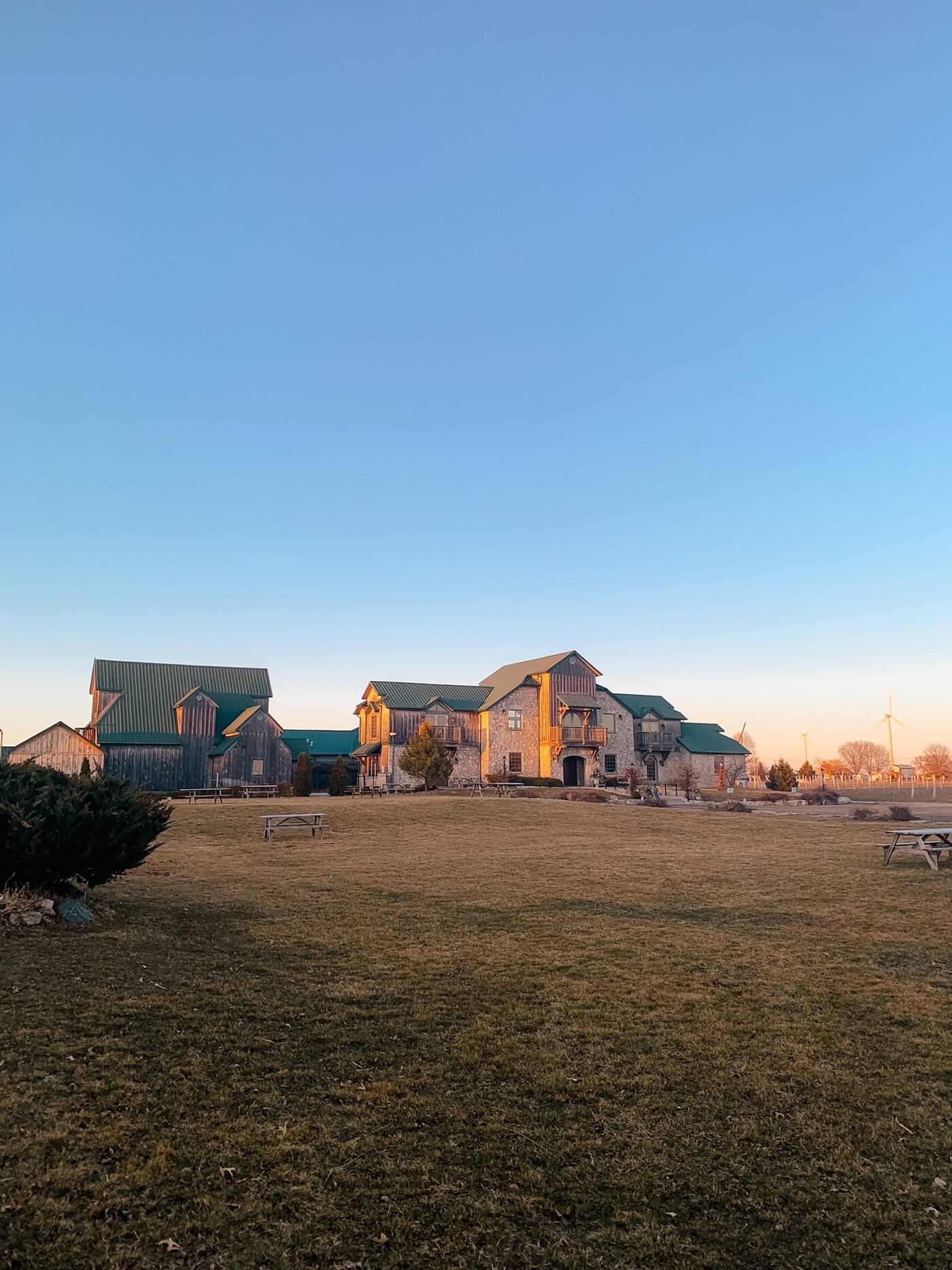 The area is also home to at least five different microbreweries.

"And of course, you are also in the heart of some of Canada's best agricultural land," Tim says. "Whether it's apples, fresh tomatoes or peaches you are looking for, you can literally go right to the farm and pick up your local produce."

And with Windsor only a 20-minute drive away, he says big box stores are also easily accessible.

Tim says he and Amber have spent most of their first few months in Colchester exploring, discovering independent coffee shops like 14th Coffee Co and Garfield's, the local diner, in the process. 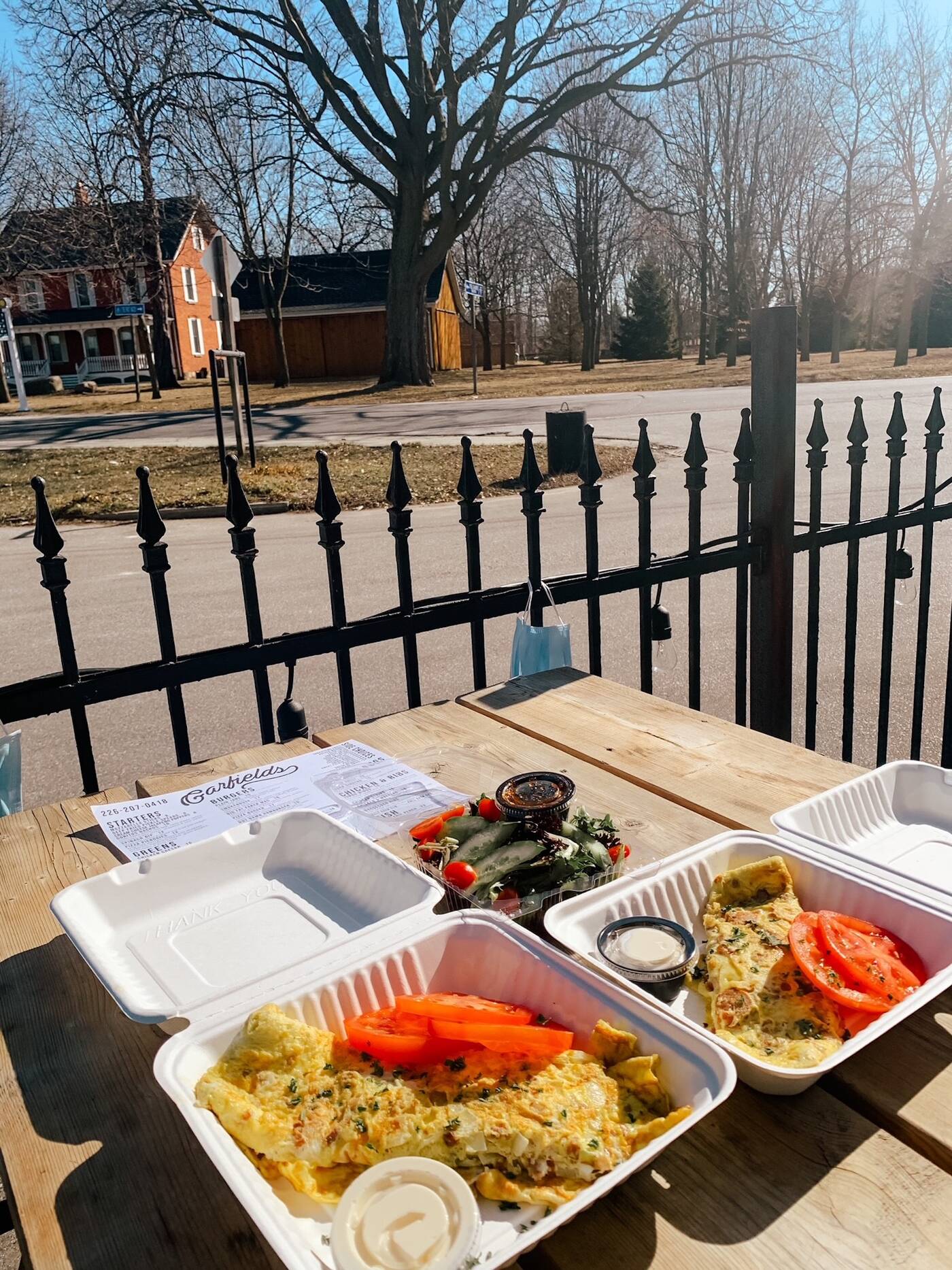 They've also spent plenty of time exploring the outdoors by visiting nearby parks and conservation areas with their new puppy, he says, including the beautiful Point Pelee National Park which is only 30 minutes away. 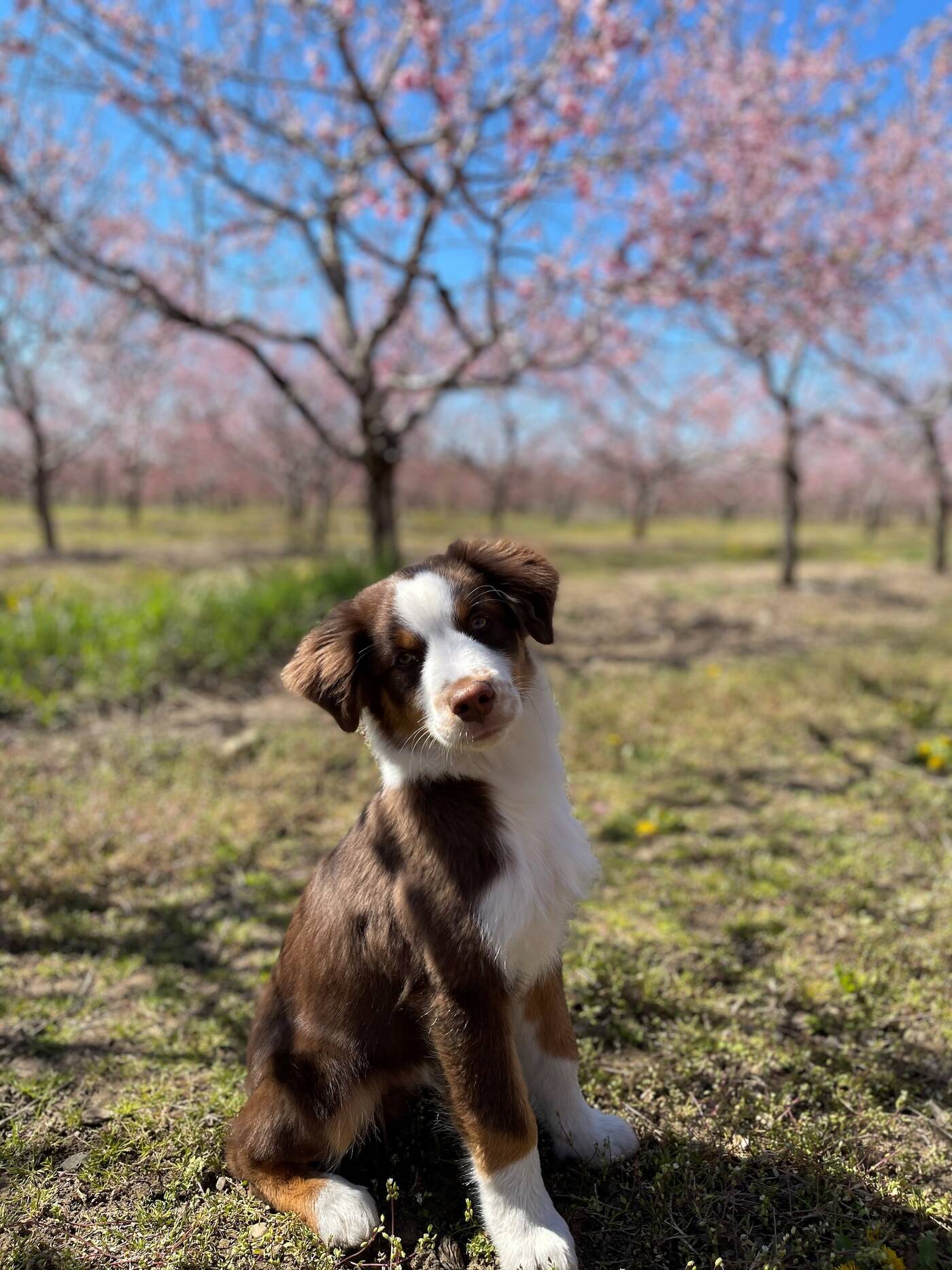 Tim and Amber's new puppy at an apple orchard in Colchester.

"Colchester literally has it all. It's truly like the small communities you see in the movies," he says.

"You can live quietly out in the country by the water and wineries, but you are only 20 minutes away from all the creature comforts of a big metrolitan city. You know, we feel like we are giving away the world's best kept secret."