Not to tempt all you people who (apparently) have been thinking about leaving Toronto for a less-expensive city lately but... I mean... look at this sick place in Hamilton.

It's inside an old high school!

It's also currently on sale for just $549,900 — a practical steal for a nearly 900-square-foot loft within driving distance of the downtown core. 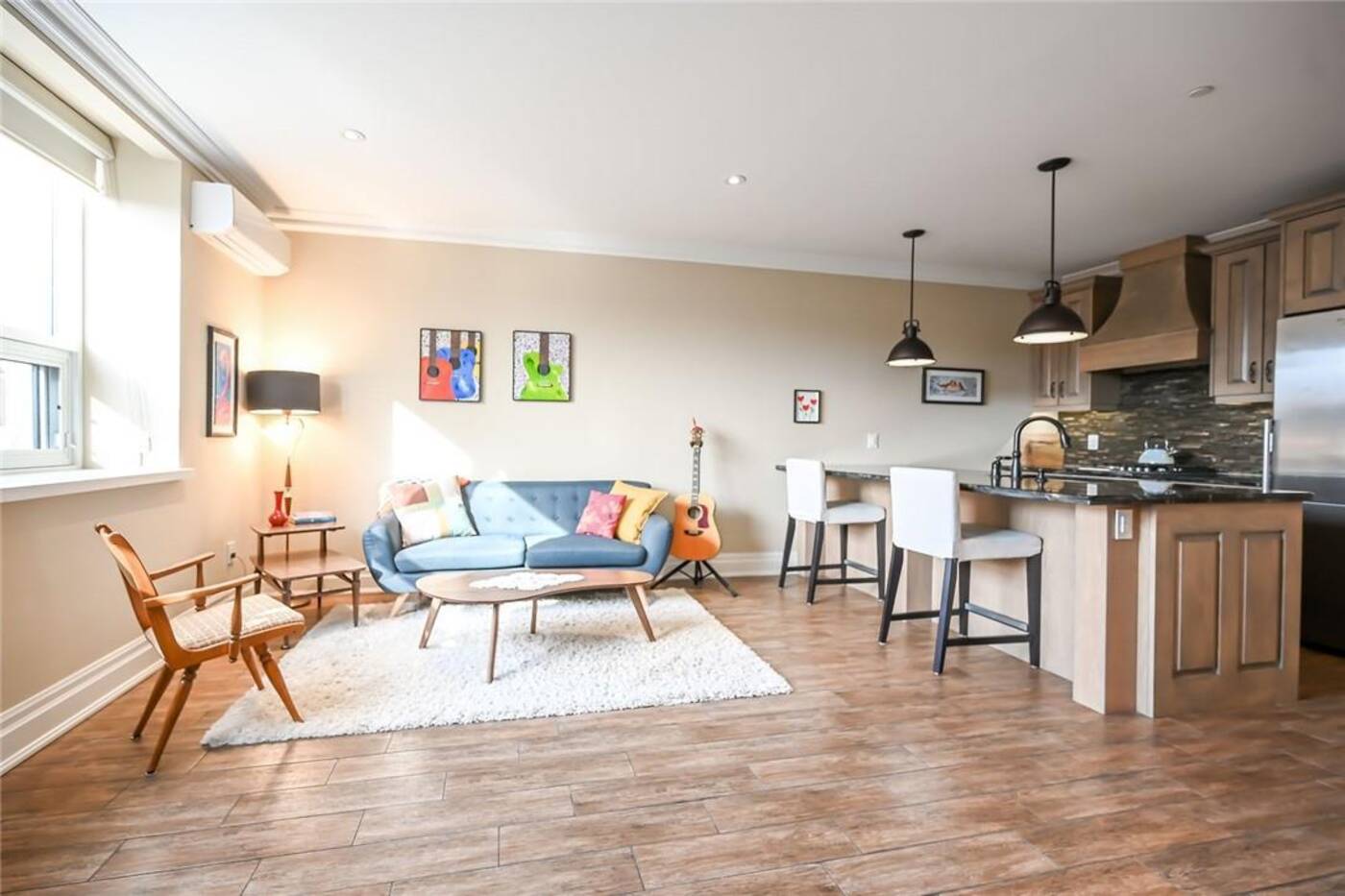 Originally built in 1929, the former Dundas District High School at 397 King Street West was converted for residential use by the award-winning Valvasori Brothers in 2013.

You'll find it nestled at the foot of the Niagara Escarpment within walking distance of literal waterfalls and some of Ontario's most-acclaimed nature trails. 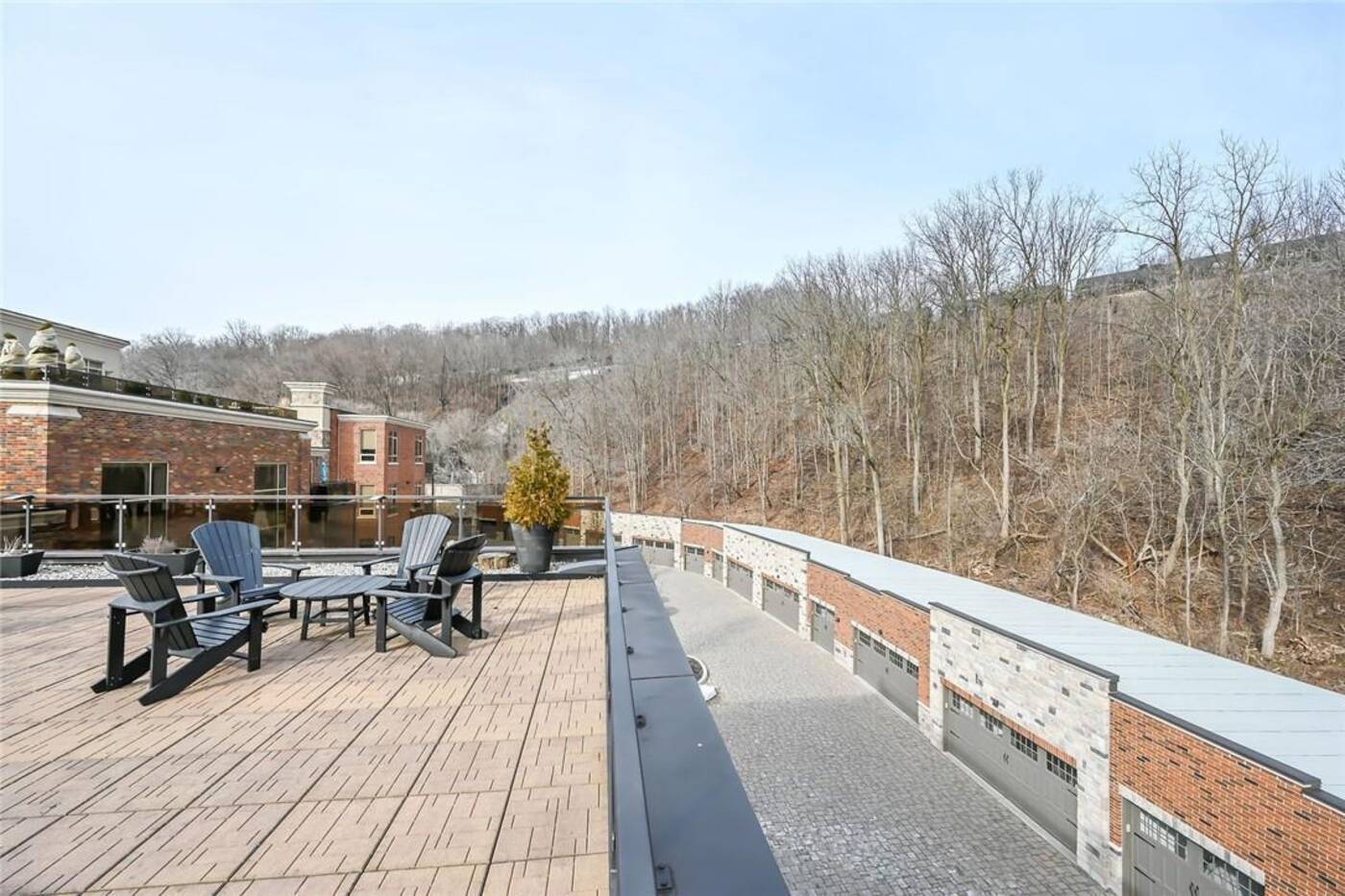 All 44 condo units within the historic building sold almost immediately when it first reopened as a place to live (as opposed to a place of learning) and realtors say the address within Hamilton's Dundas community remains highly sought after.

The location (and short drive from major area highways) likely has something to do with demand for units within the Dundas District Lofts, but it's the preserved historical features from the original 92-year-old school for me. 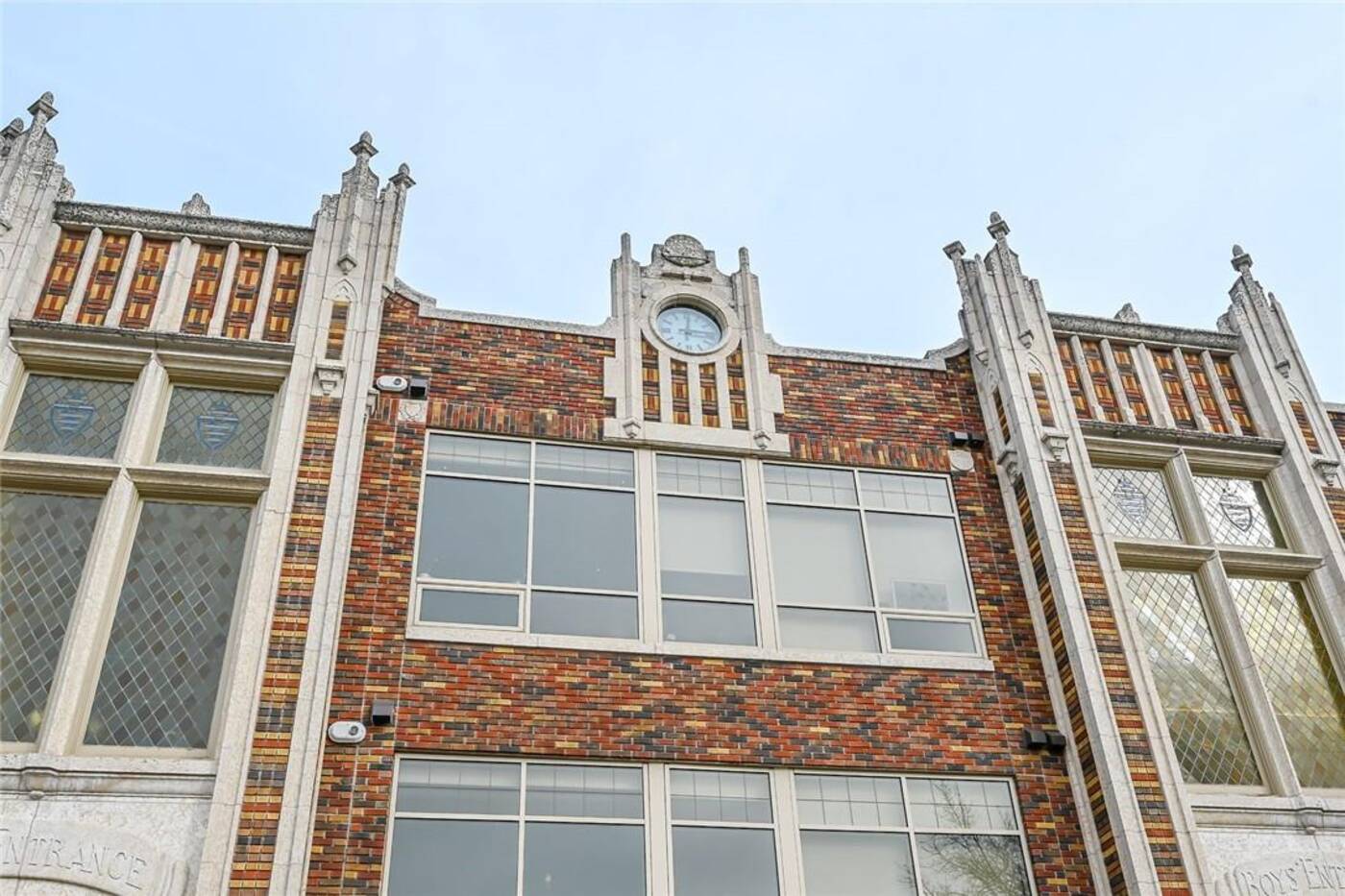 Designed by architect William J. Walsh in the "Collegiate Gothic style," the building still has pinnacles and even gargoyles in place denoting seperate entrances for boy and girl students.

Amenities are also clearly a draw: The place has its own gym, a large party room, and a sprawling rooftop terrace with views over the entire Dundas Valley. 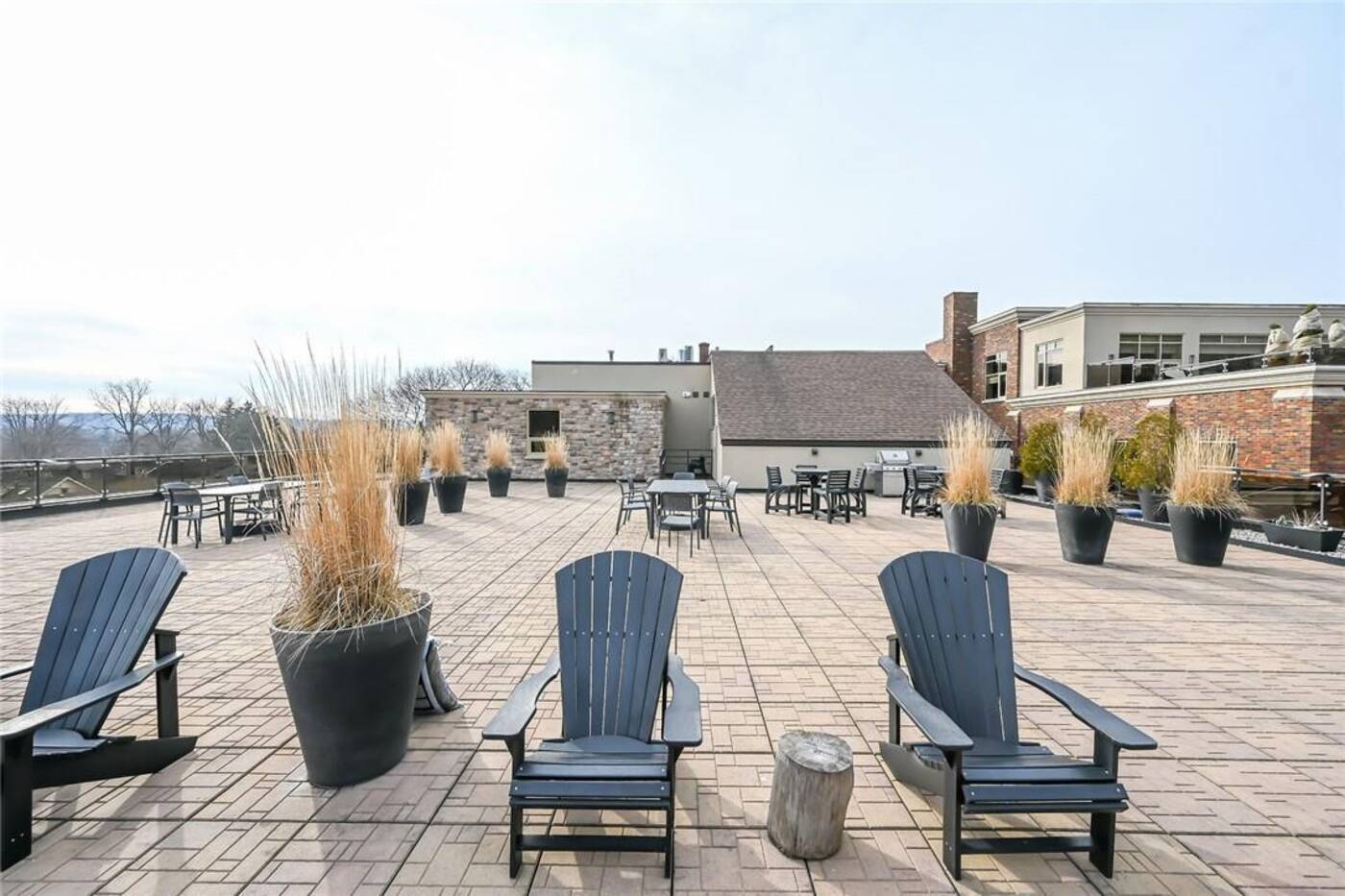 While the development itself is huge, as most high schools are, the unit for sale right now is actually one of its tinier suites. Loft sizes range from 793 to 2,374 square feet within the Dundas District Lofts.

The one-bedroom plus den up for grabs (Unit 108) is 894 square feet in total and contains just one bathroom. 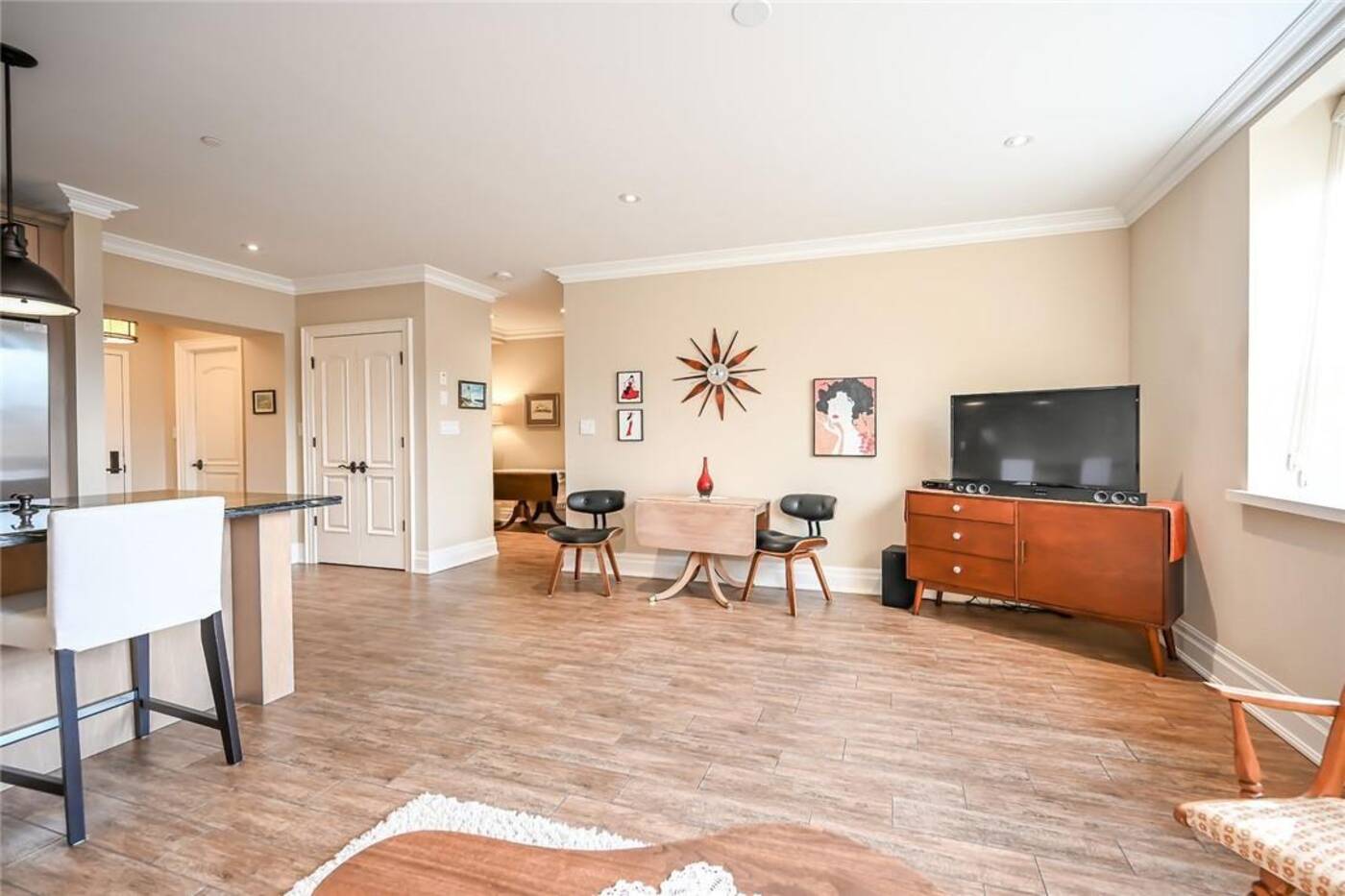 Still, it's a nicely-converted space for someone who values history, access to nature, high-end appliances and hopefully ghosts.

Among the "modern conveniences" mentioned in the real estate listing for the unit are "European cabinets with granite countertops," "sunscreen window shades" and "radiant in-floor heat." 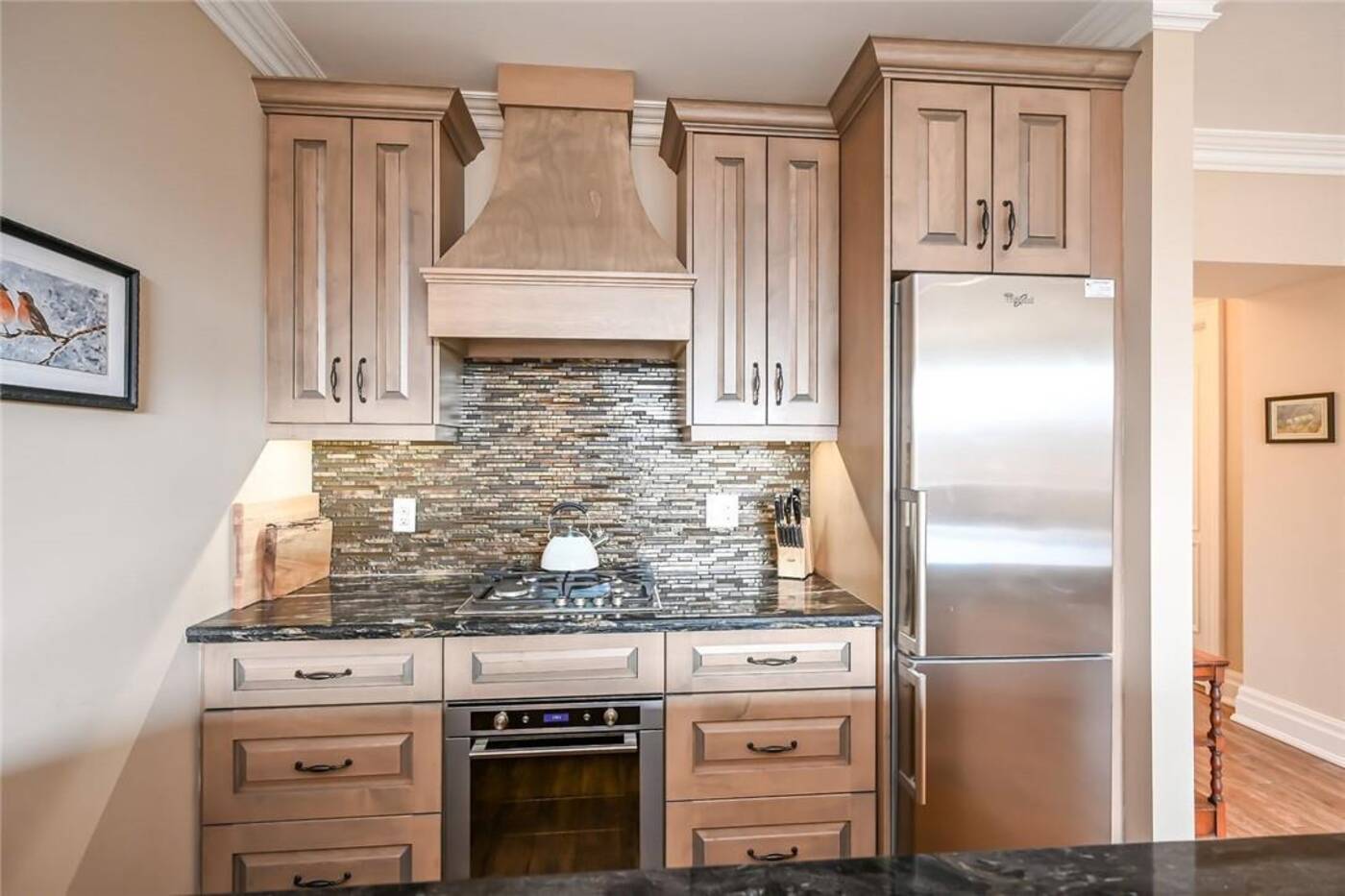 "This suite was designed with open concept to allow in as much natural light as possible," reads the listing.

"Reciprocally, you can enjoy the impeccable southern exposure, of the beautiful Dundas escarpment, from within." 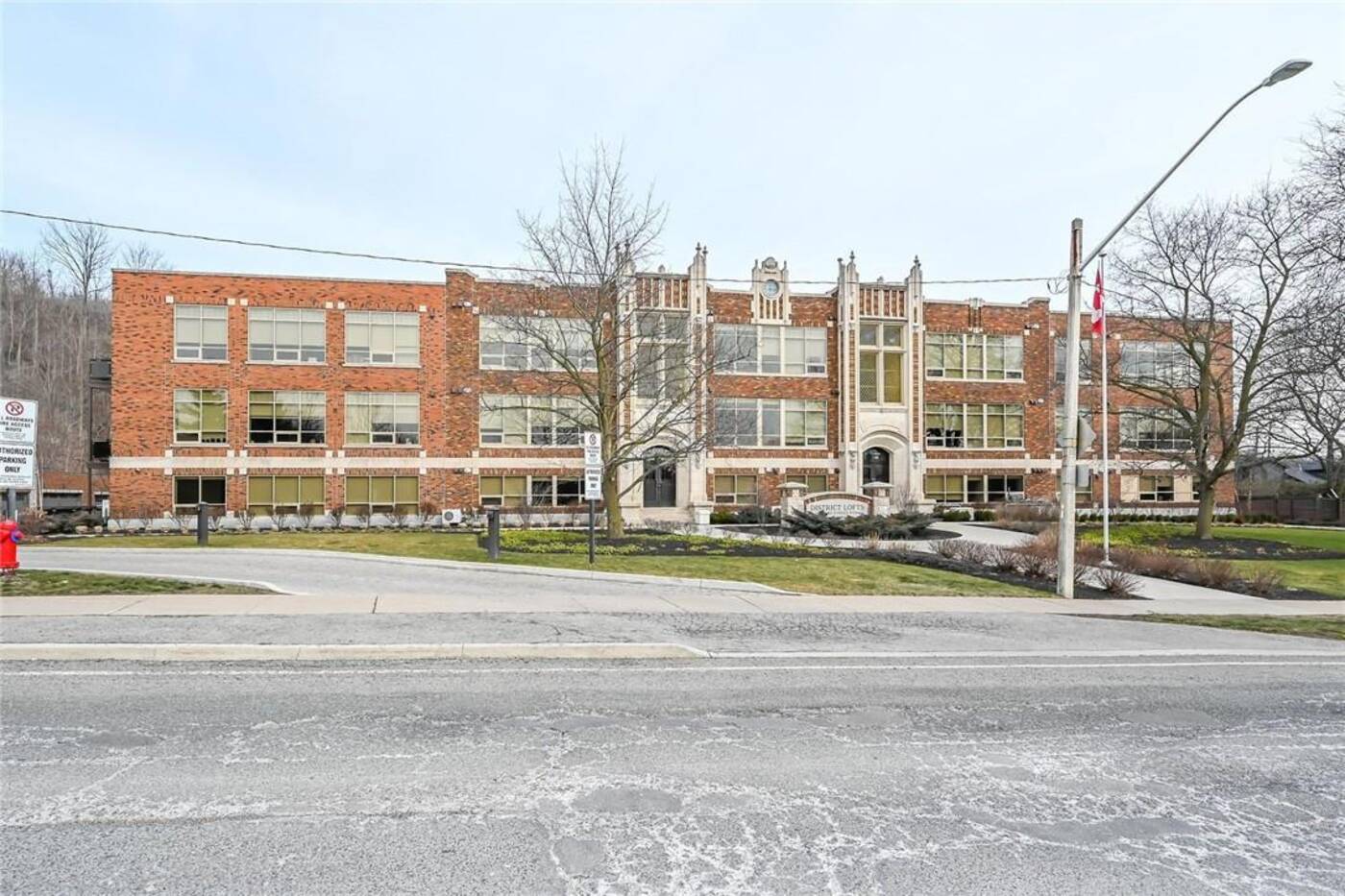 As for whether or not this historic building place is haunted, I cannot legally say (realtors get mad about that sort of thing.)

What I can promise is that it's steeped in history, and far cooler of a place to live than in one of downtown Toronto's ubiquitous glass sky boxes... minus the fact that it's not in Toronto.