Demolition of Toronto's Dominion Foundry site has been temporarily delayed by a month, meaning there's still a chance the historic buildings could be transformed into a massive music hub.

For the last year, the International Resource Centre for Performing Arts (IRCPA) and the Corktown Residents and Business Association (CRBA) have been drawing up their own plans for 153 and 185 Eastern Avenue.

That was well before construction crews began razing the site in mid-January, partially demolishing one, and the protests that ensued.

Renderings for the IRCPA and CRBA's vision for the Foundry —a community hub with performance centres, a culture centre, daycare, a park made up of musical instruments, and 50 per cent affordable housing for musicians—have been released.

"The goal is to make the project self-sustaining, similar to existing facilities in New York. Already, some musical organizations have expressed interest in moving their offices there," said the IRCPA in a statement. 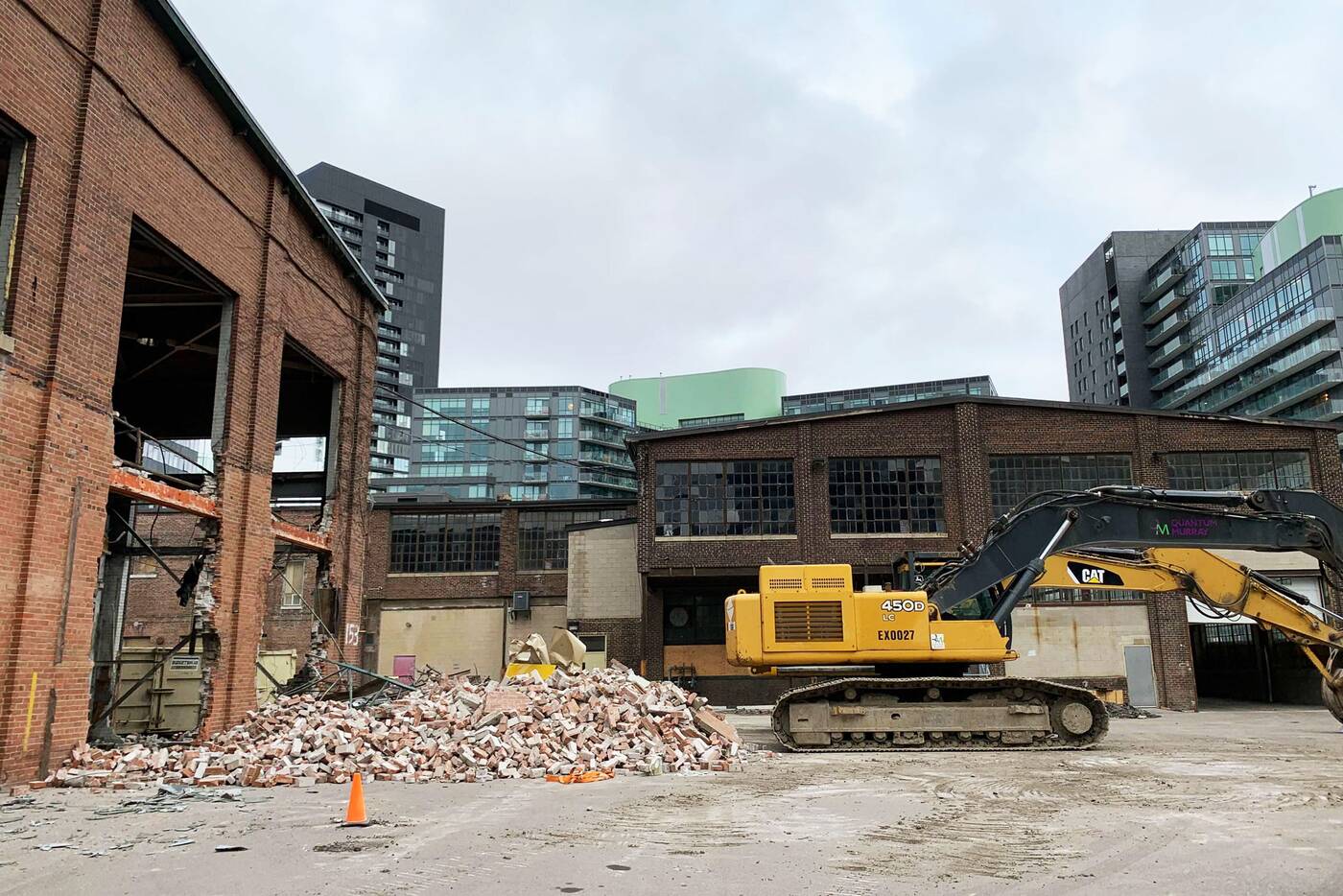 One of the Foundry buildings was partially destroyed by construction crews in January. Photo by blogTO.

Two 12-storey residential towers would be placed atop The Foundry's machine shop and east warehouse, located on the southern side of the site. It would bring an additional 142 residential suites to the area.

The main floor would be home to the Corktown Communities Hub, a restaurant or cafe, and performance venues. Practice spaces, recording studios, and office space would be located upstairs.

The remaining two historic buildings would be united by something called The Wave: a six-storey wave-shaped residential building with 116 units.

"The 'Wave' is an architectural response to the Gardiner Expressway to the south and seen as harmonious with the musical function of the site," says the proposal. 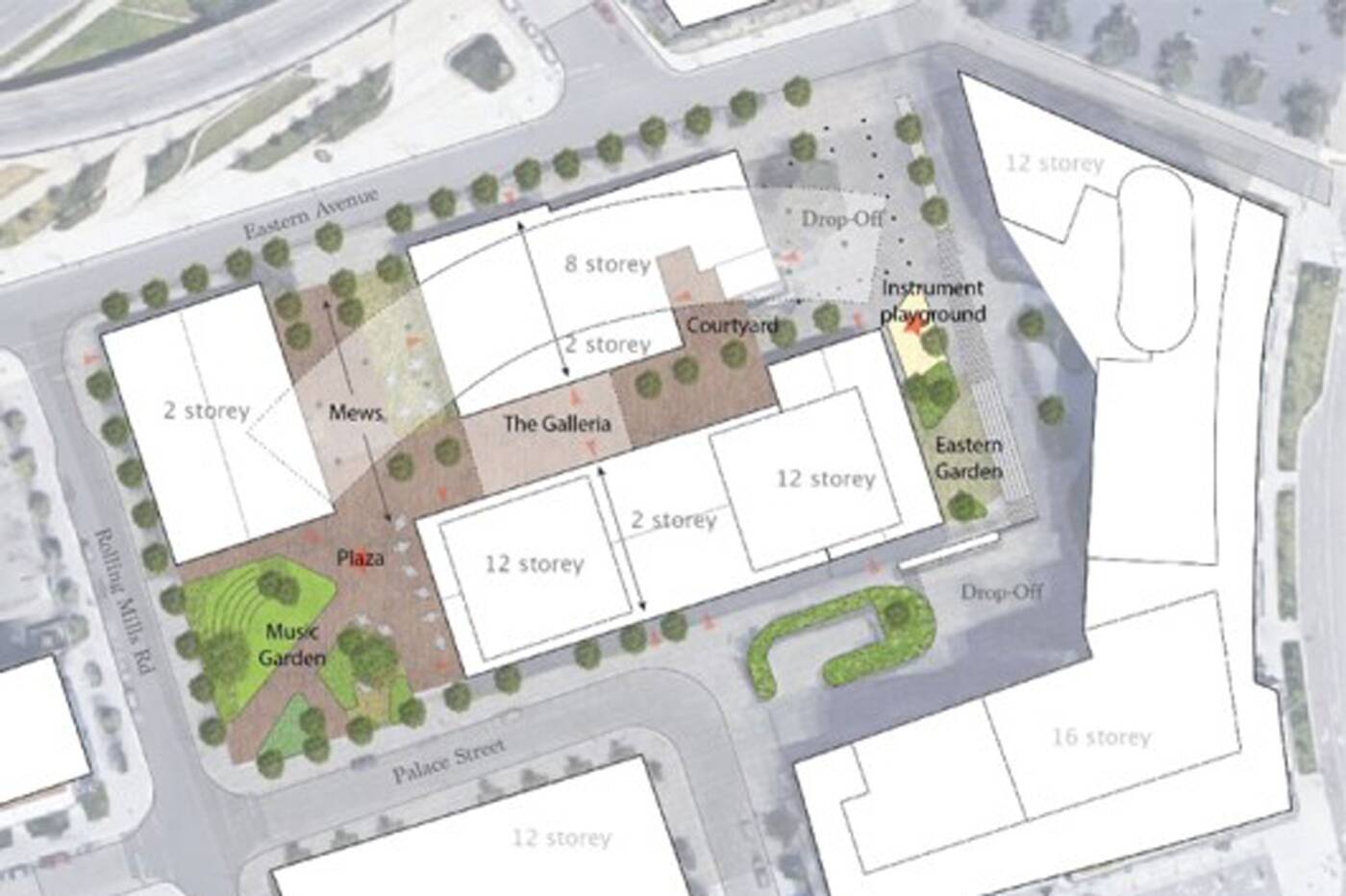 The IRCPA and CRBA have released a new proposal for the historic Foundry site. Photo by KMAI via IRCPA.

The goal would be to make 50 per cent of the total units on site affordable housing.

The southwestern corner of the property would see a 'music garden', with a new grid of lanes and gallerias interspersed between buildings.

At the end of January, Judge Corbett of the Ontario Divisional Court ordered a monthlong halt to the demolition of the Foundry following a court action launched by the St. Lawrence Neighbourhood Association and Respect Local Planning.

"They have successfully defended our heritage buildings from further damage – for the moment – on behalf of the Corktown and West Don Lands communities," said the IRCPA.

The ICRPA and CRBA are continuing to push for more time, so that they can finish their ongoing Feasability Study for the music hub.