Despite what feels like the neverending construction of new condos in Toronto, the city still has a problem with providing housing for all of its neighbourhoods, according to new market insights from the Canada Mortgage and Housing Corporation (CMHC)

"The level of housing completions is mainly increasing with the distance from the city centre because lots are available and cheap," the Crown agency states in a new report.

"However, inner cities have their own dynamic in which residential completions are booming thanks to condominium apartments in taller buildings."

This leaves the areas in between, which are neither further suburbs of the city nor part of the downtown core. These locales, prime for transit commuters who work and play in the city centre but don't want to pay its higher prices, are nototious for not getting as much attention from developers. 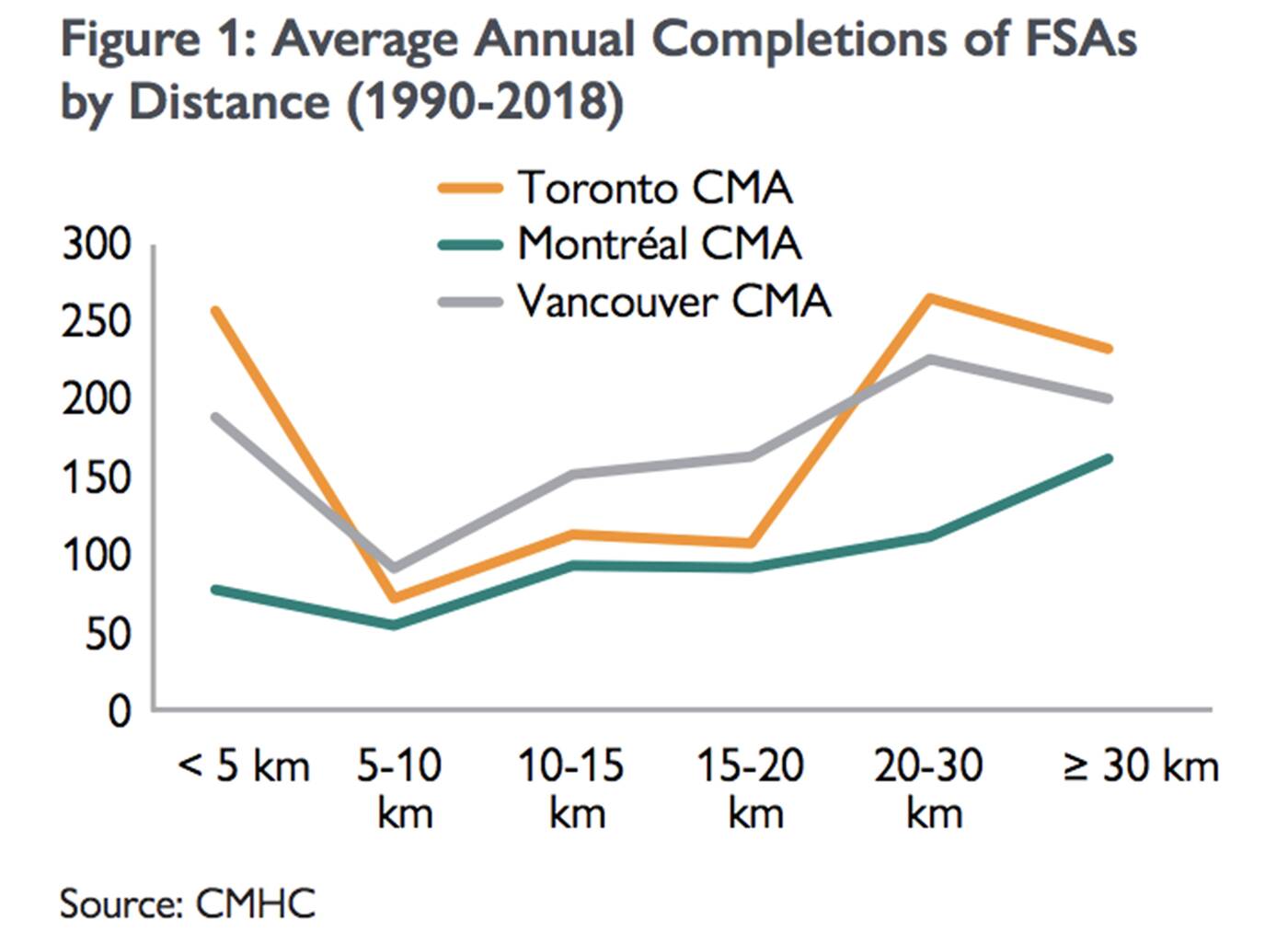 When looking the volume of new residential builds in the city, it's easy to see a stark U-shaped curve that indicates high rates of housing completions in both the city centre, as well as areas 20-30 km outside of it.

But those living between five and 20 km away from downtown Toronto in what the CMHC calls "transit suburbs" have fewer new housing options to choose from, since the downtown core is the most attractive for new condo builders while the outer suburbs have more space and cheaper land prices for building all types of housing. 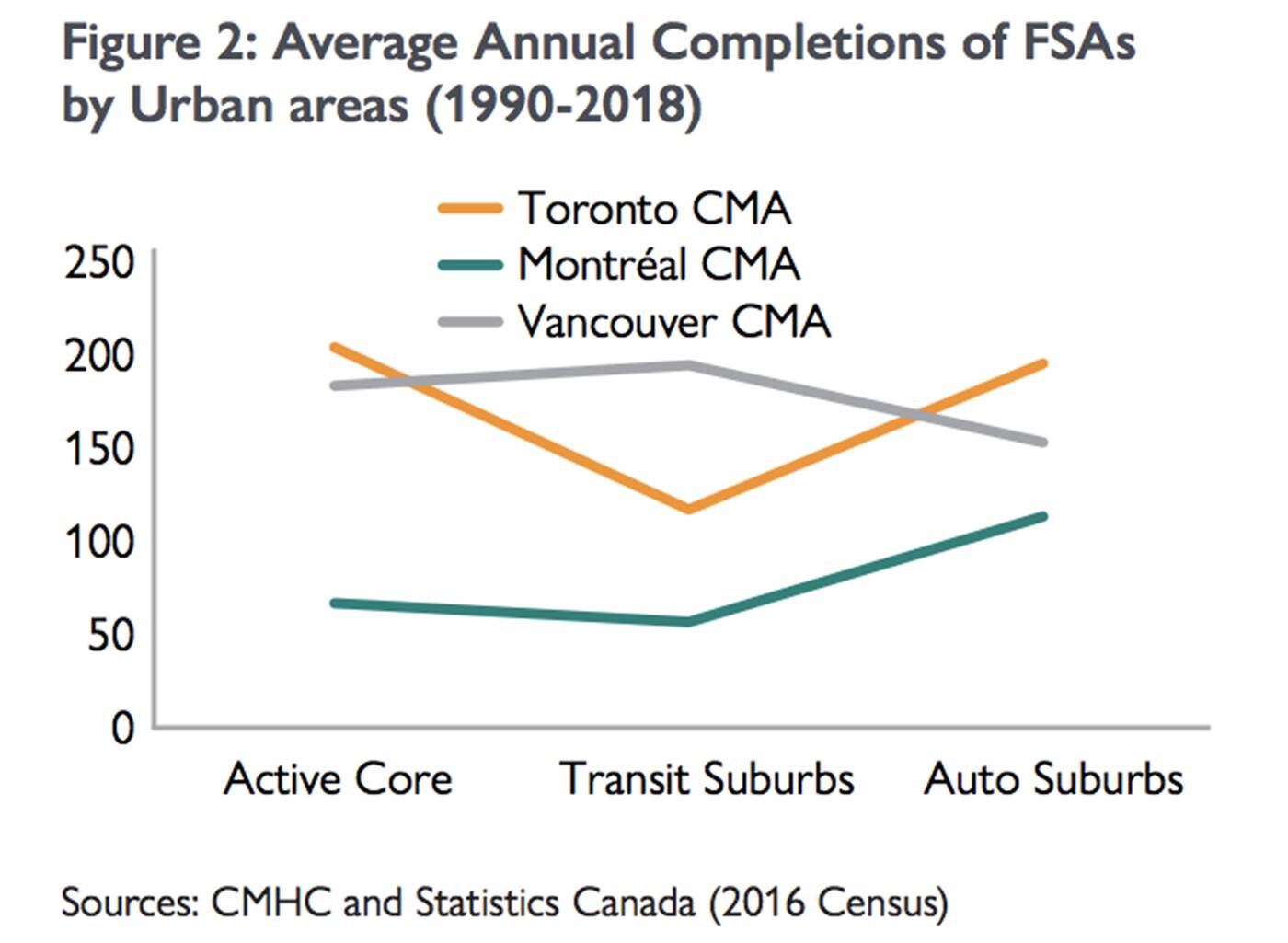 "Above the five km line, the level of housing completions mainly increases with the distance from the city centre [while] construction activity has been the lowest in the five km to 10 km range," the CMHC's analysis reads. 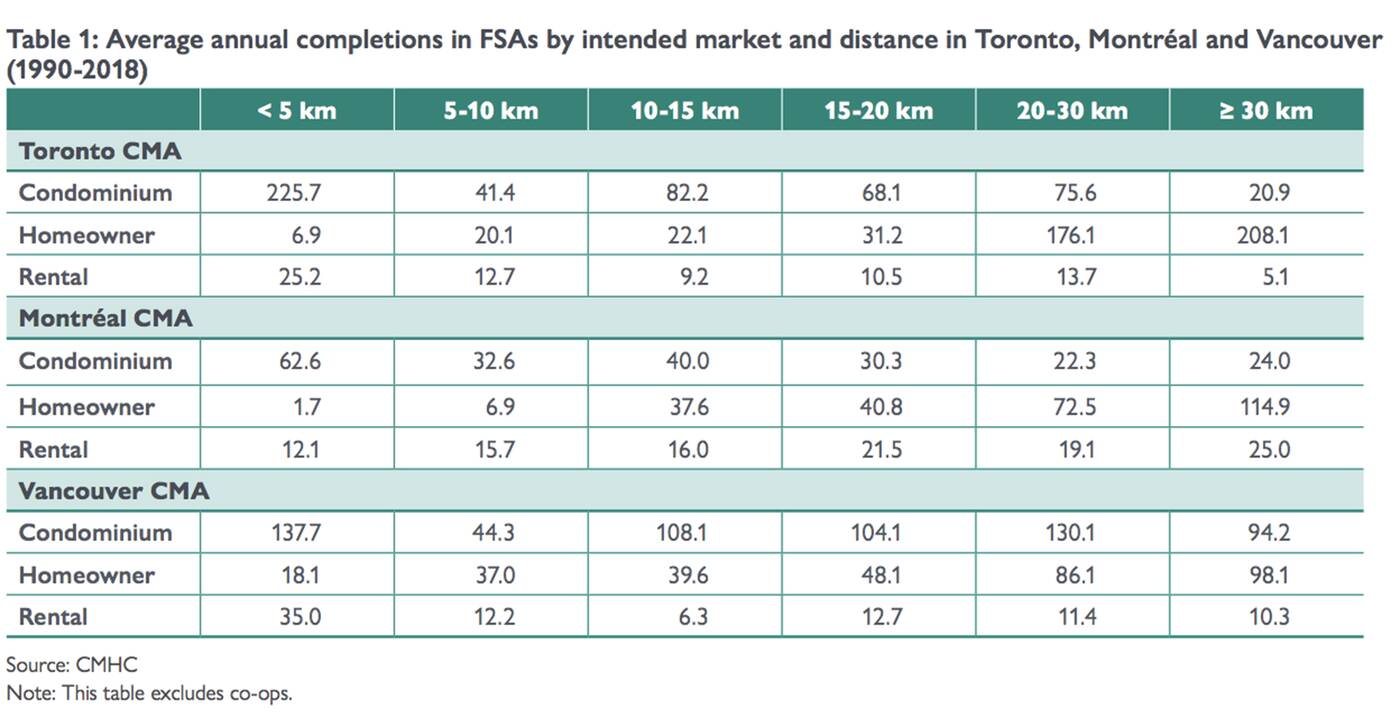 A breakdown of the types of housing built based on distance from the city between 1990 and 2018 show how urban sprawl in Toronto has been strongest in this 20-30km bracket, and less so in areas like East York, North York, Mimico and the like in all directions.

Challenges of this, as the CHMC points out, are the costs that come with increased suburbanization — something that has been exacerbated by the pandemic lockdown and work-from-home trends that have caused an exodus of residents from the city — things like more traffic and greenhouse gas emissions, and more infrastructure costs.

Also, the fact that people looking to live just slightly out of downtown may be harder-pressed to find housing unless they want to move substantially further out of or closer to the city centre.