Liberty Village may soon see a massive new development that will change the landscape of the entire neighbourhood with three new mixed-use towers and a park.

A new re-zoning application from developer First Capital has been submitted for the redevelopment of 61 Hanna Ave., 75 Hanna Ave., and 120 Lynn Williams St. 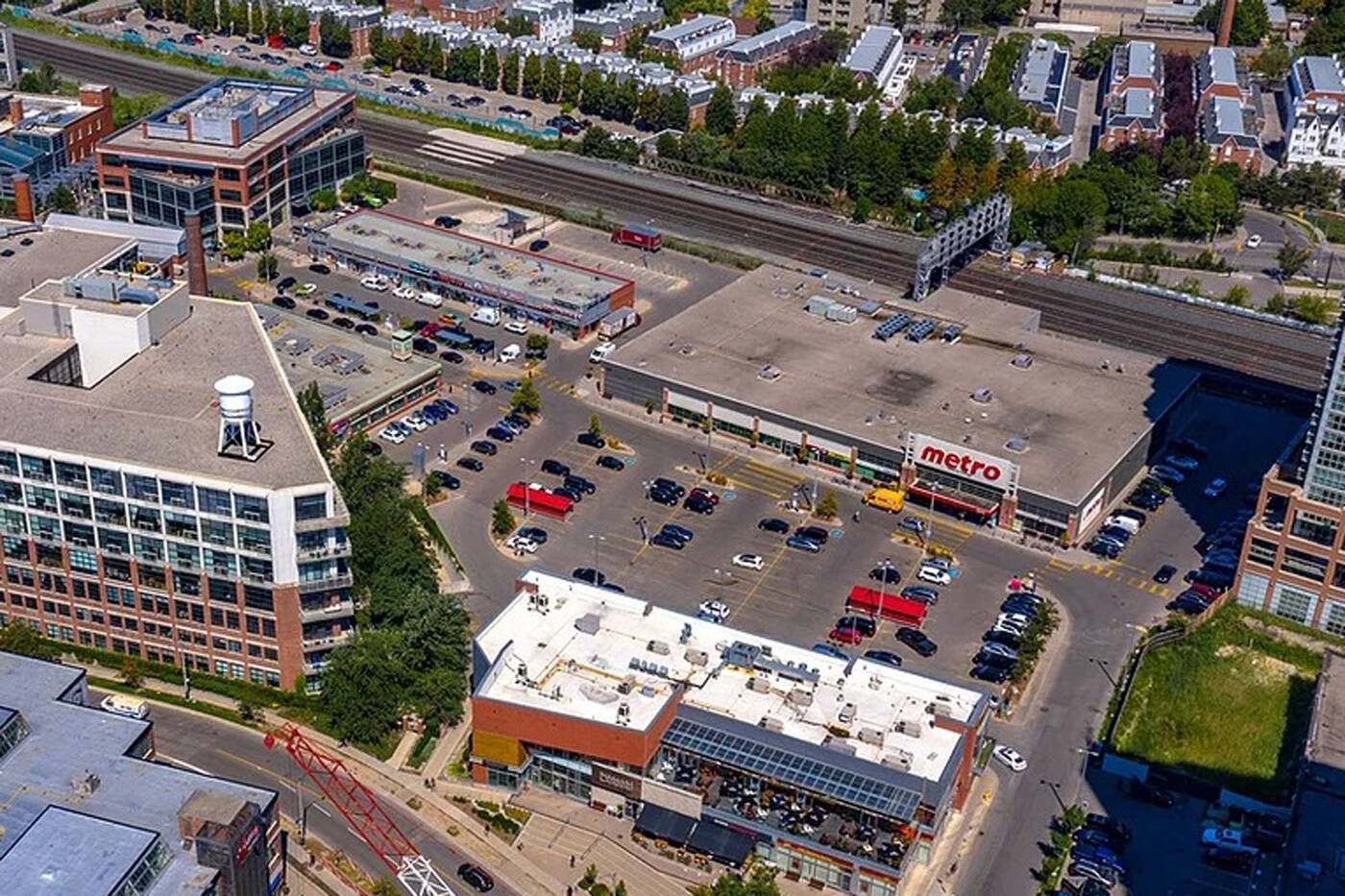 The project will totally transform the area into a development called Shops at King Liberty, which is one of the few sections of Liberty Village with considerable breathing room.

Currently, those properties house a number of plazas with businesses like Global Pet Foods, Harveys, a TD Bank, LCBO, and the restaurant Williams Landing. 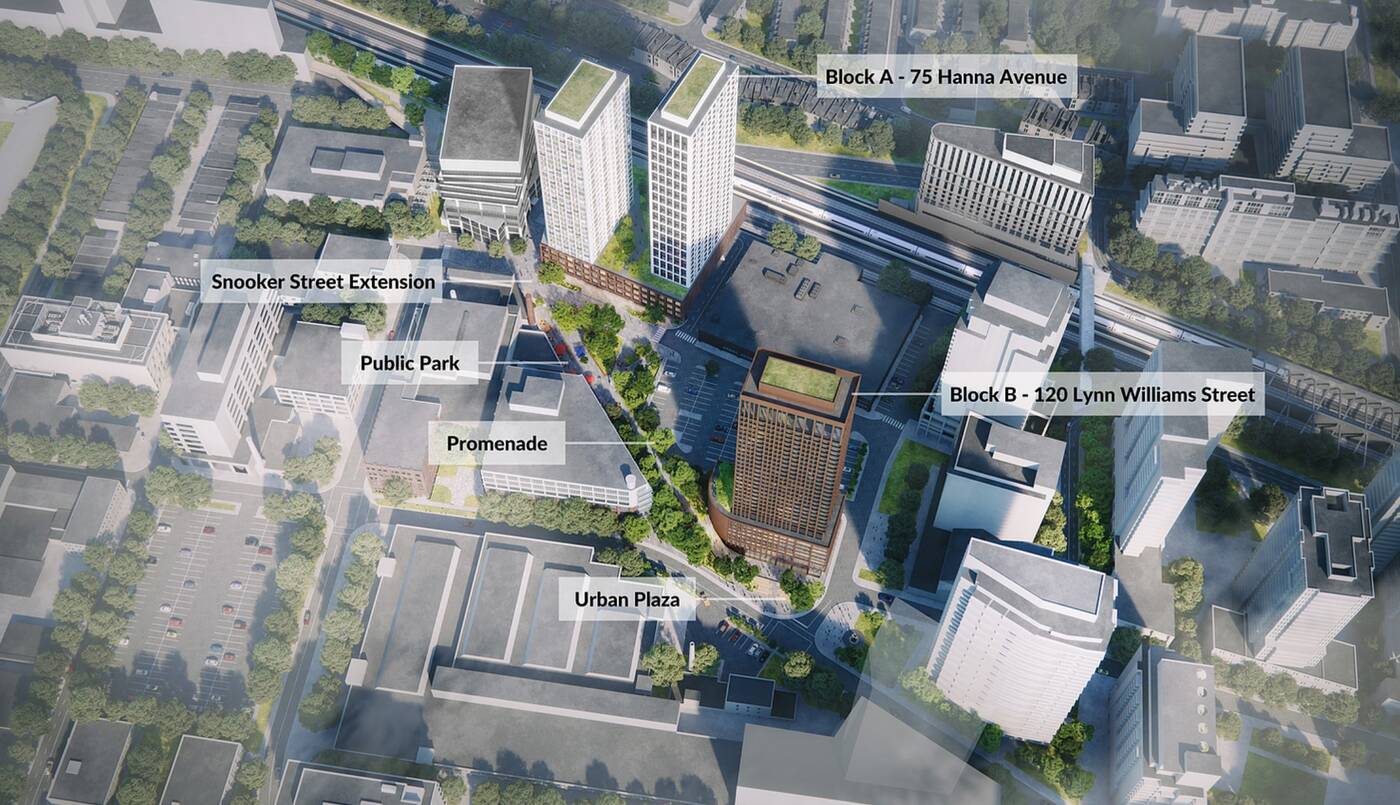 The area will see a new park, promenade, and new retail and office spaces. Photo via Shops at King Liberty.

The design from Quadrangle, DTAH, and Urban Strategies Inc. squeezes in two separate blocks: Block A at 75 Hanna will see 29- and 34-storey residential tower duo sharing a four-storey podium with office spaces inside.

Block B at 120 Lynn Williams Street will see another 33-storey condo sitting on a seven-storey podium containing retail stores. In total, the project will bring 850 new residential units to the area. 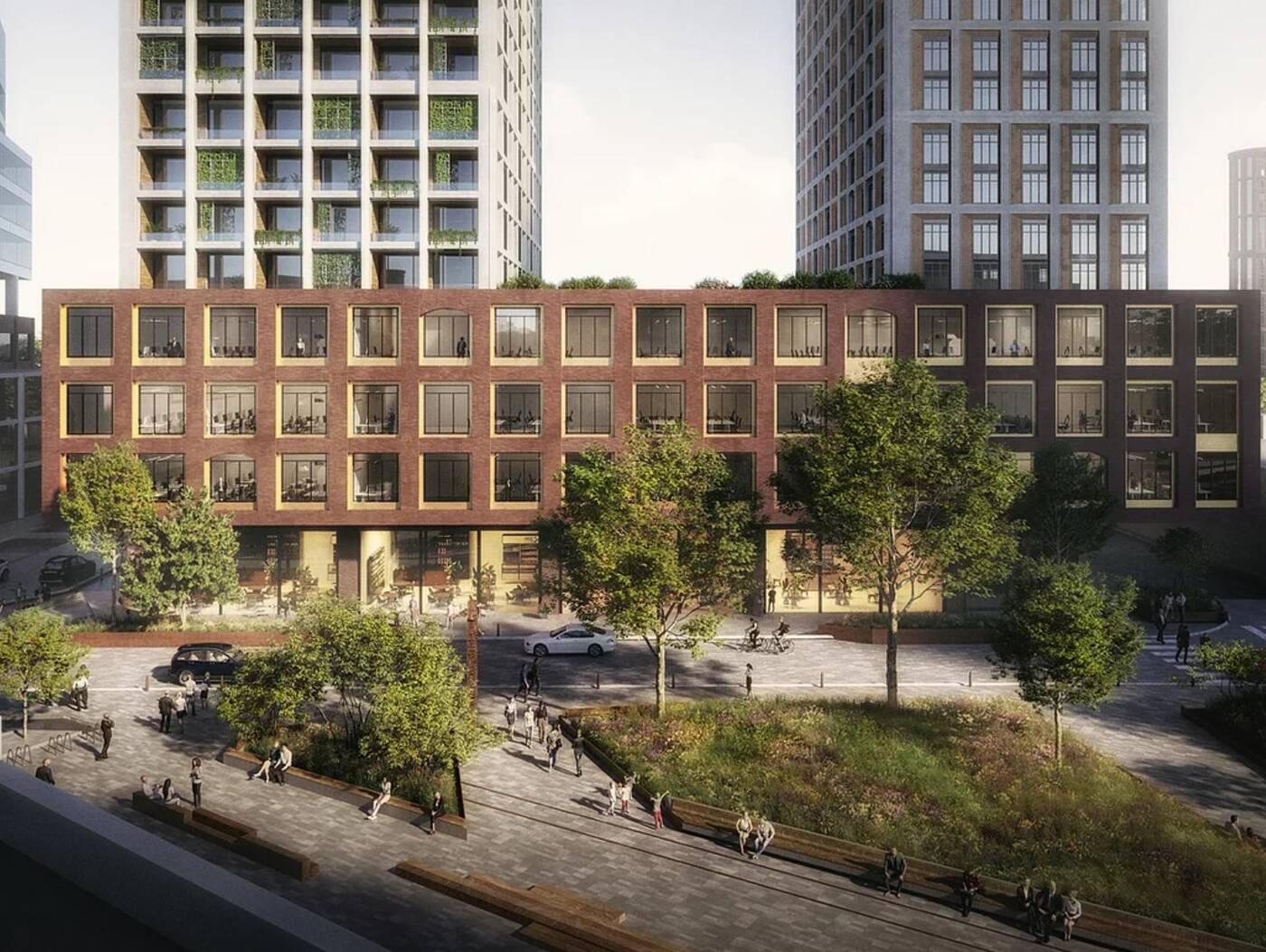 A public park is being proposed to span around 12,100 square feet. Photo via Shops at King Liberty.

Anchoring the entire project is the Urban Plaza, which repurposes the existing plaza at East Liberty and Lynn Williams Streets. It will include an amphitheater and seating. 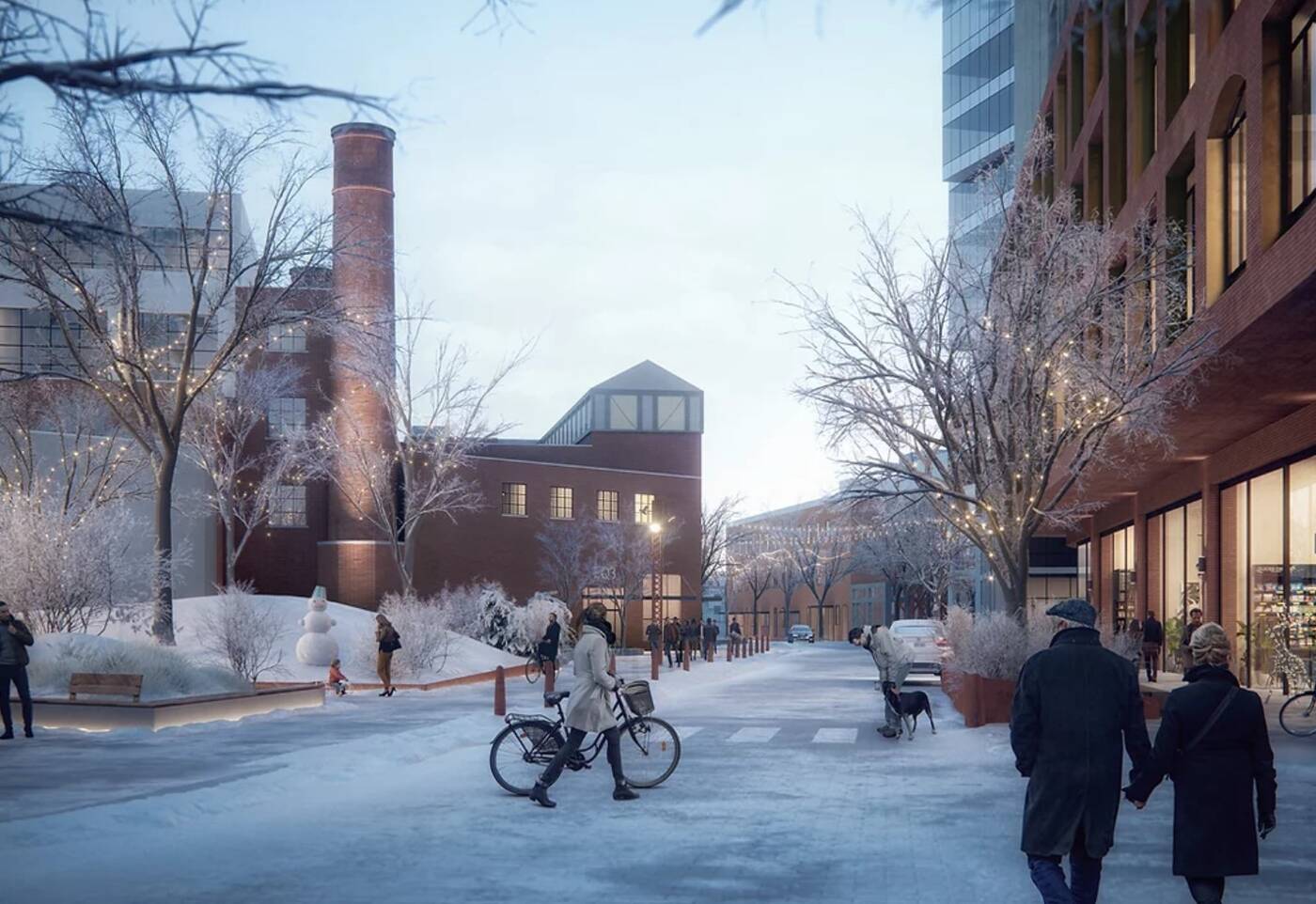 Snooker Street will be expanded for pedestrians to use. Photo by Shops at King Liberty.

A new park at 61 Hanna Ave. will span 12,100 square feet near the current Metro parking lot, with trees and a view of the old Hinde and Dauch Paper Company Factory Power House building at 51 Hanna Ave.

Connecting the park and the Urban Plaza will be a new promenade which will provide new access to a future GO station. 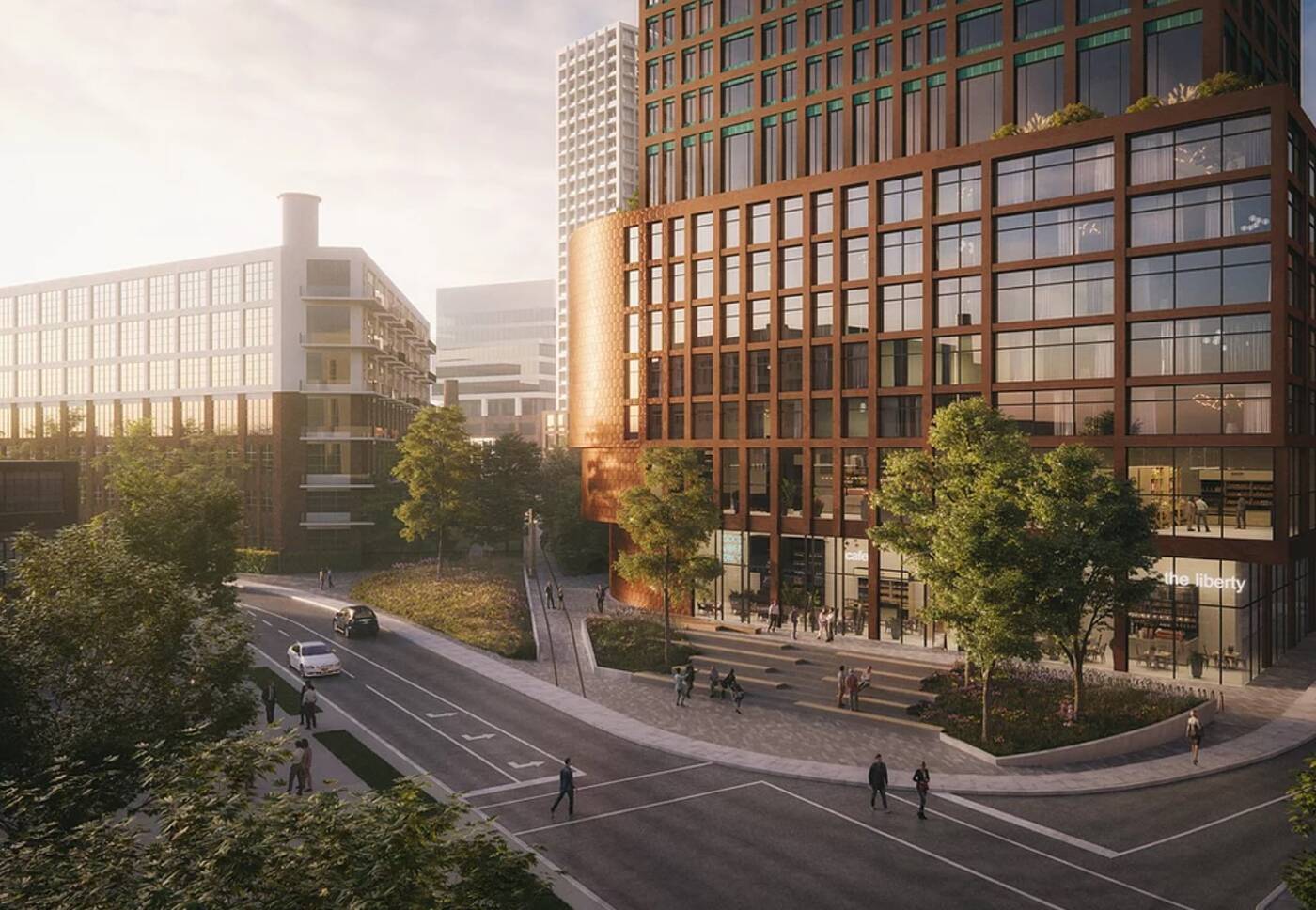 An existing plaza will be revamped to become the Urban Plaza. Photo by Shops at King Liberty.

Snooker Street, the private street which runs at the top of Hanna Avenue, will be extended and used as a public right of way.

The proposal has yet to be approved by the City, and no tentative dates have been announced.