Promenade Mall is about to get a major upgrade

It's been two years since the nostalgia-inducing Promenade Mall — home of the world's first Yogen Fruz and, at one point, an IT Store (R.I.P.) — was sold to developers in Vaughan.

Now, thanks to a comprehensive redevelopment proposal, we finally know what they have planned for the sprawling commercial site at Bathurst and Centre: An even bigger mall.

Liberty Development Corporation just submitted Phase 1 of its modernization and expansion plan for Promenade Mall to the City of Vaughan and, according to Urban Toronto, it involves the addition of everything from residential apartment towers to an outdoor amphitheatre. 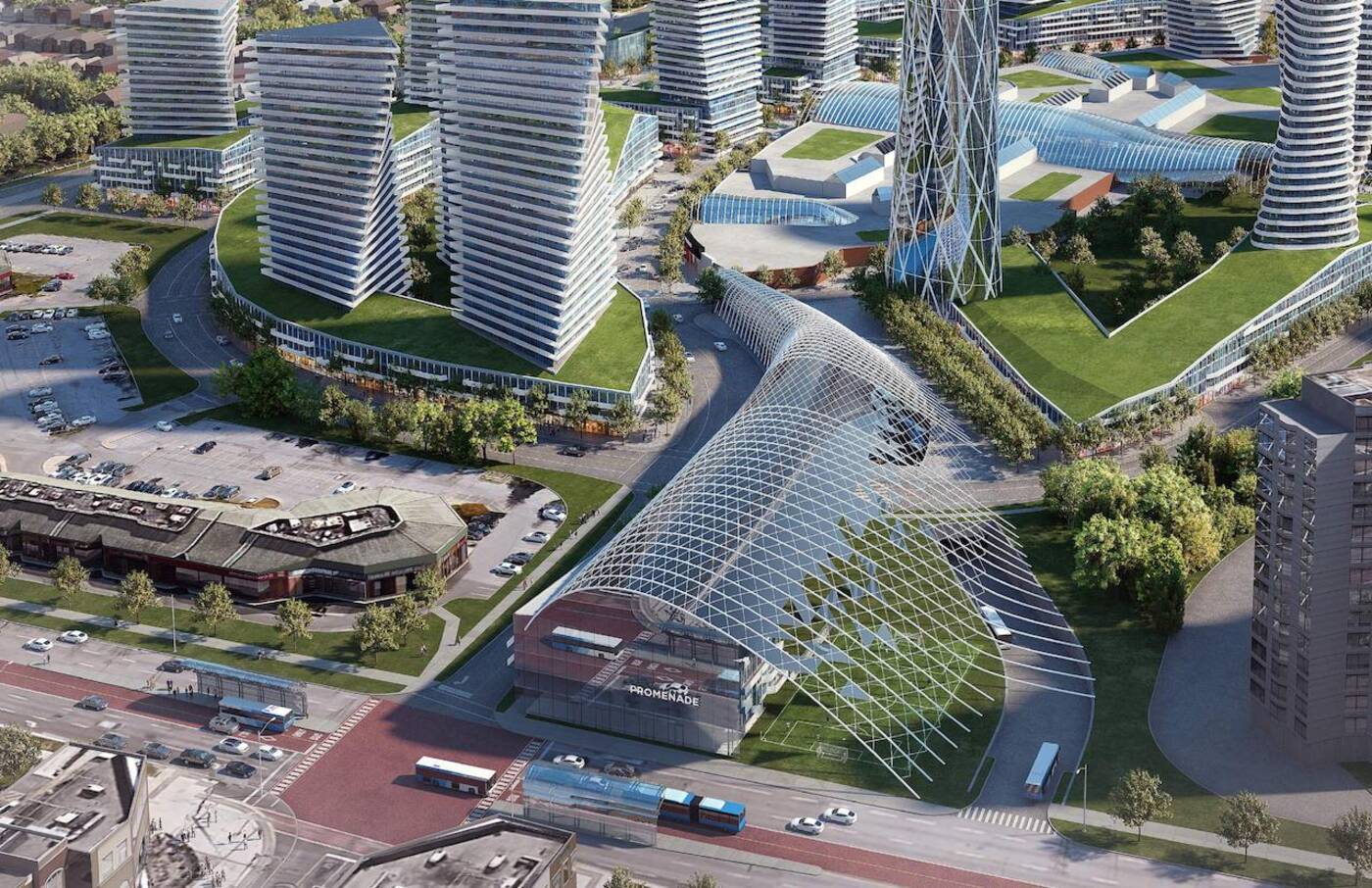 The new-and-improved Promenade Mall will serve as an 'architectural centrepiece' for the surrounding commercial and residential campus. Image via City of Vaughan / Urban Toronto.

The mall itself will be revamped to add more high-quality retail space for new and existing tenants, but the biggest changes are set to take place in the parking lot surrounding the current building.

Here, Liberty plans to build four brand new towers with a combined floor area of 144,613 metres: Three of them for residential use and one of them, a 28-storey, mixed-use building with offices and a hotel.

The idea is make Promenade Mall "less auto-centric and more transit and pedestrian-oriented." 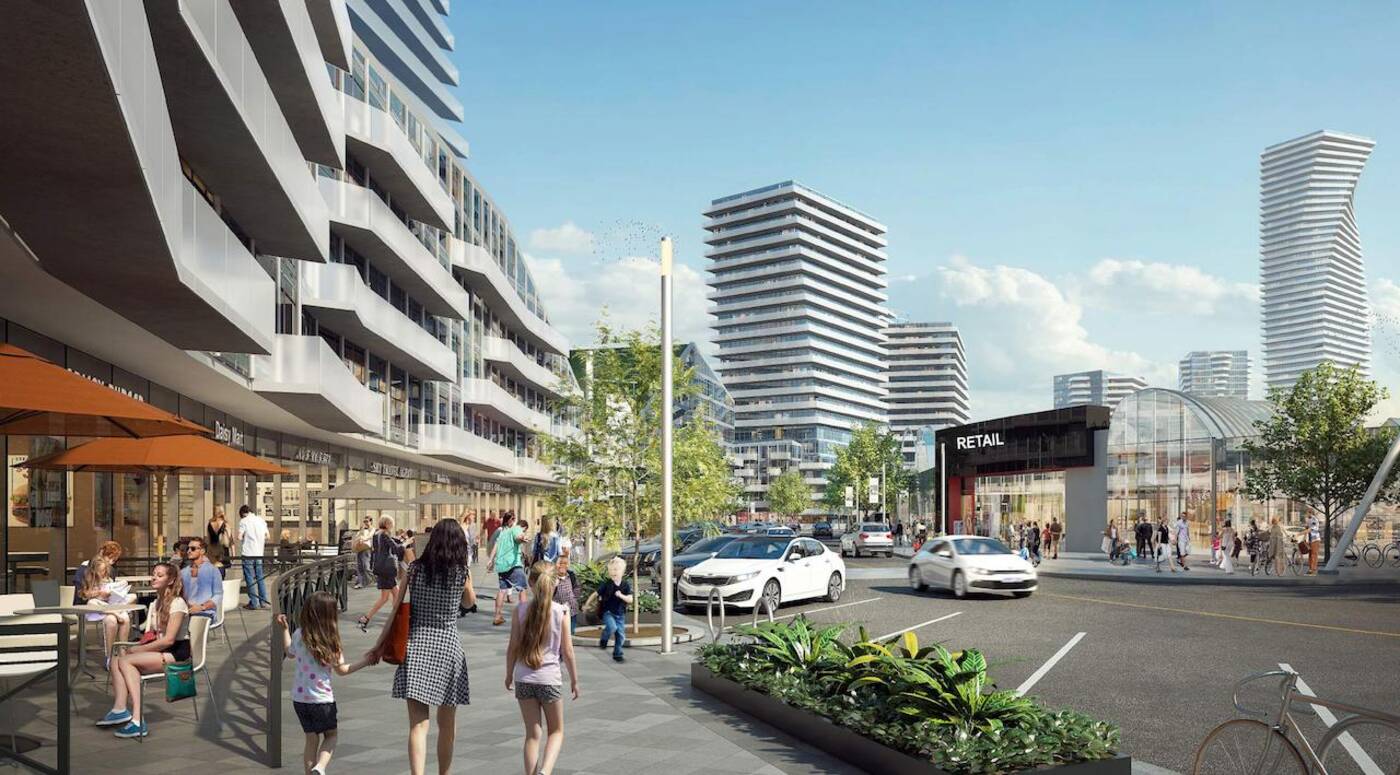 The revitalized shopping centre will be within steps of public transit connections. Image via City of Vaughan / Urban Toronto.

Designed by Toronto's WZMH Architects, the residential towers will contain a total of 1,066 units.

The first two, if approved, will be built atop the space formerly occupied by Sears (again, R.I.P.) and rise 30 and 35 storeys high. Both will contain a mix of one-bedroom, two-bedroom and three-bedroom units.

A third apartment building is slated to be 28-storeys-high and contain a mix of one and two bedroom units. This building will be situated north of the existing mall's entrance. 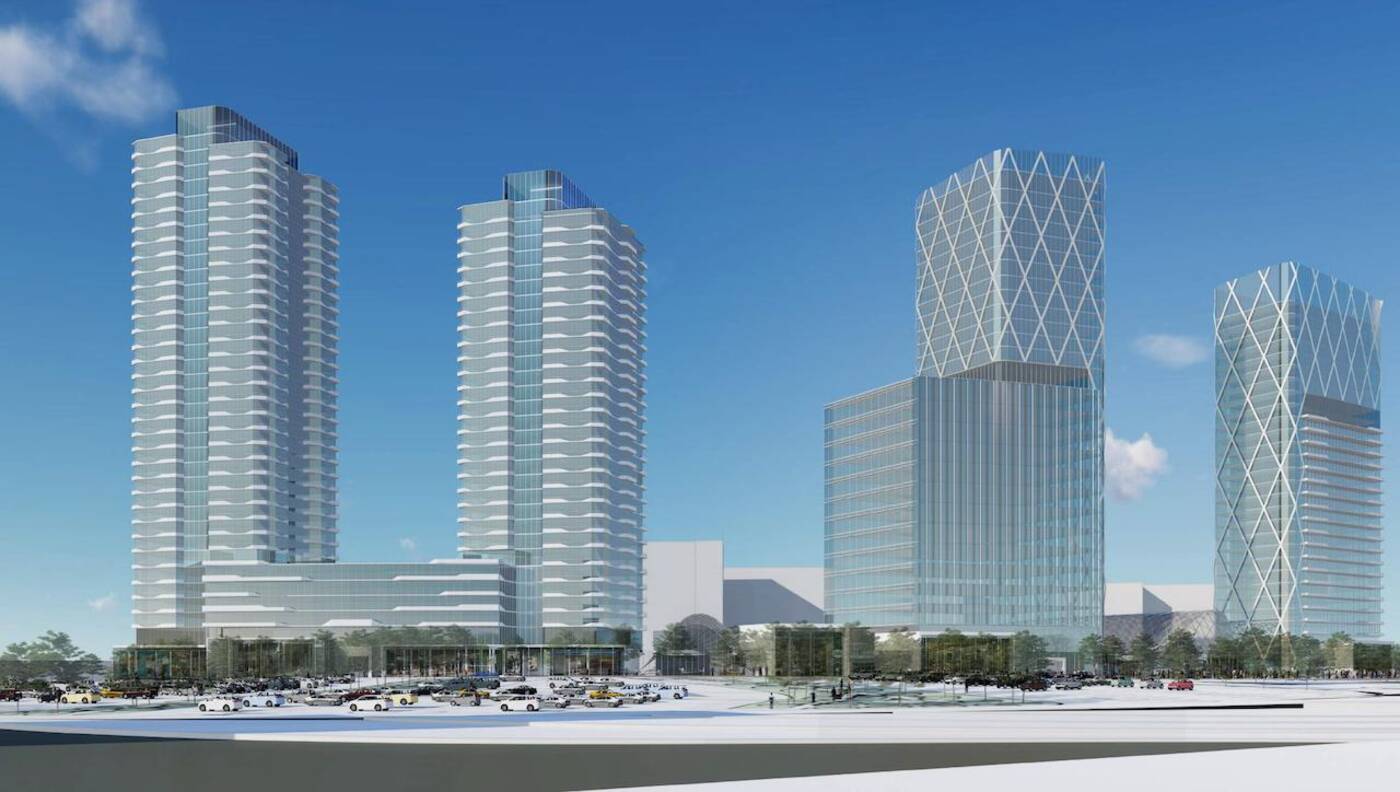 Three new residential buildings will be erected around the existing Promenade Mall if the redevelopment goes as planned. Image via City of Vaughan / Urban Toronto.

The Richmond Hill-based landscape architecture firm Schollen & Company Inc. has signed on to create a "pedestrian-friendly gateway plaza" that, based on site plans, will include plenty of beautiful ponds and green space.

Also included in the site plans are a transit hub, community centre and tree-filled park.

Cool as it all may sound, don't get hyped just yet. It'll be a while before any of this actually materializes in real life, and that's only if the City of Vaughan approves the proposal without any changes. 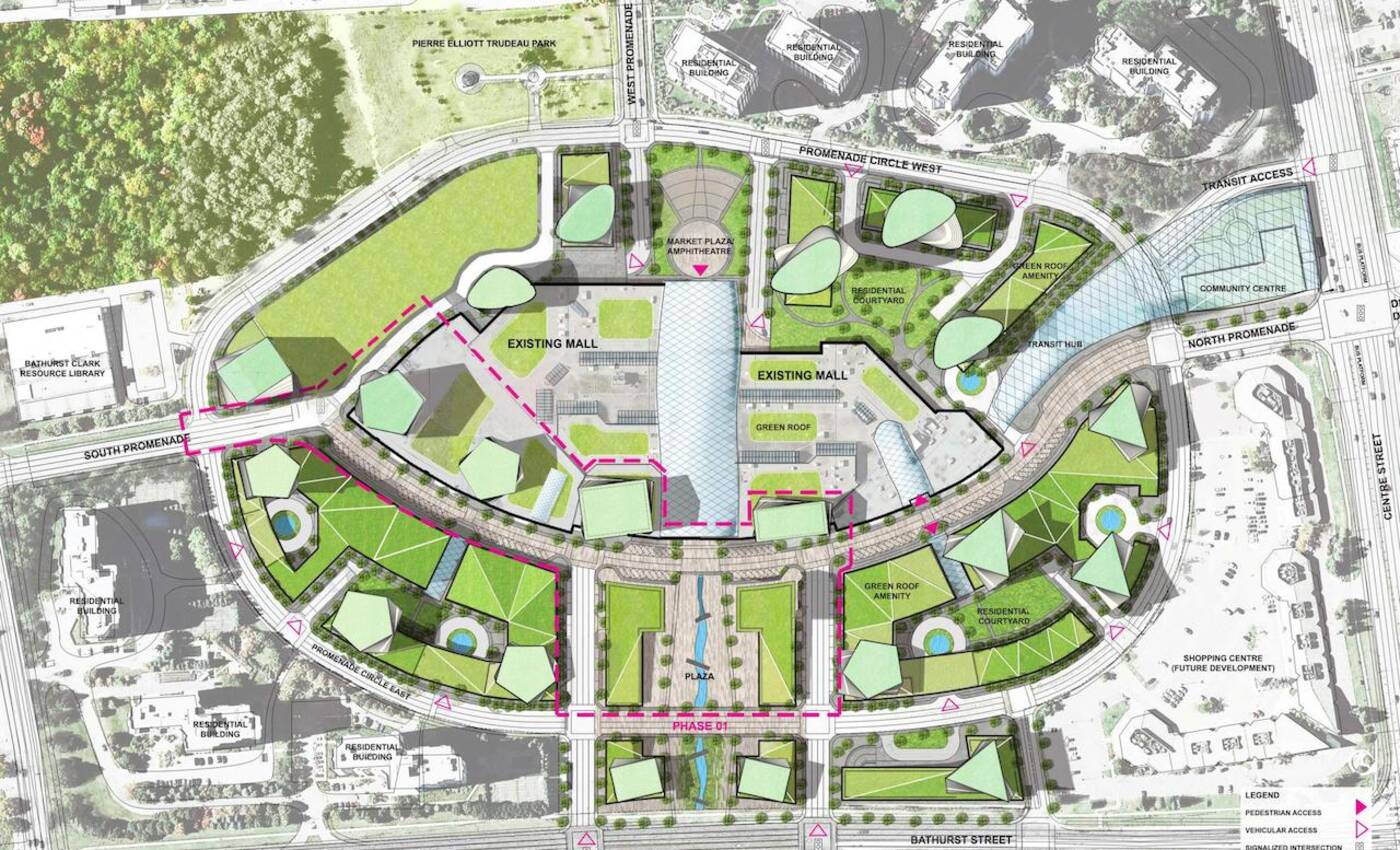 Whatever the case, the Promenade Mall built in 1986 will soon be a thing of the past.

Good thing you took so many photos there by the fountain with your friends in Grade 8.