The revitalization of Toronto's legendary Massey Hall is spilling out onto the streets this morning as crews tear down what some people refer to as the building's "moustache."

The moustache is no more. https://t.co/SomlqYSvPH

An official National Historic Site of Canada, the 125-year-old concert venue closed down for at least two years of major reconstructive work this past July.

Renovations are expected to cost about $135 million in total, but the money (and time) will be spent on upgrades: From a complete overhaul of the venue's seating to the restoration of more than 100 original stained-glass windows, Massey is glowing up big time.

But first, it must be stripped down — at least in part. 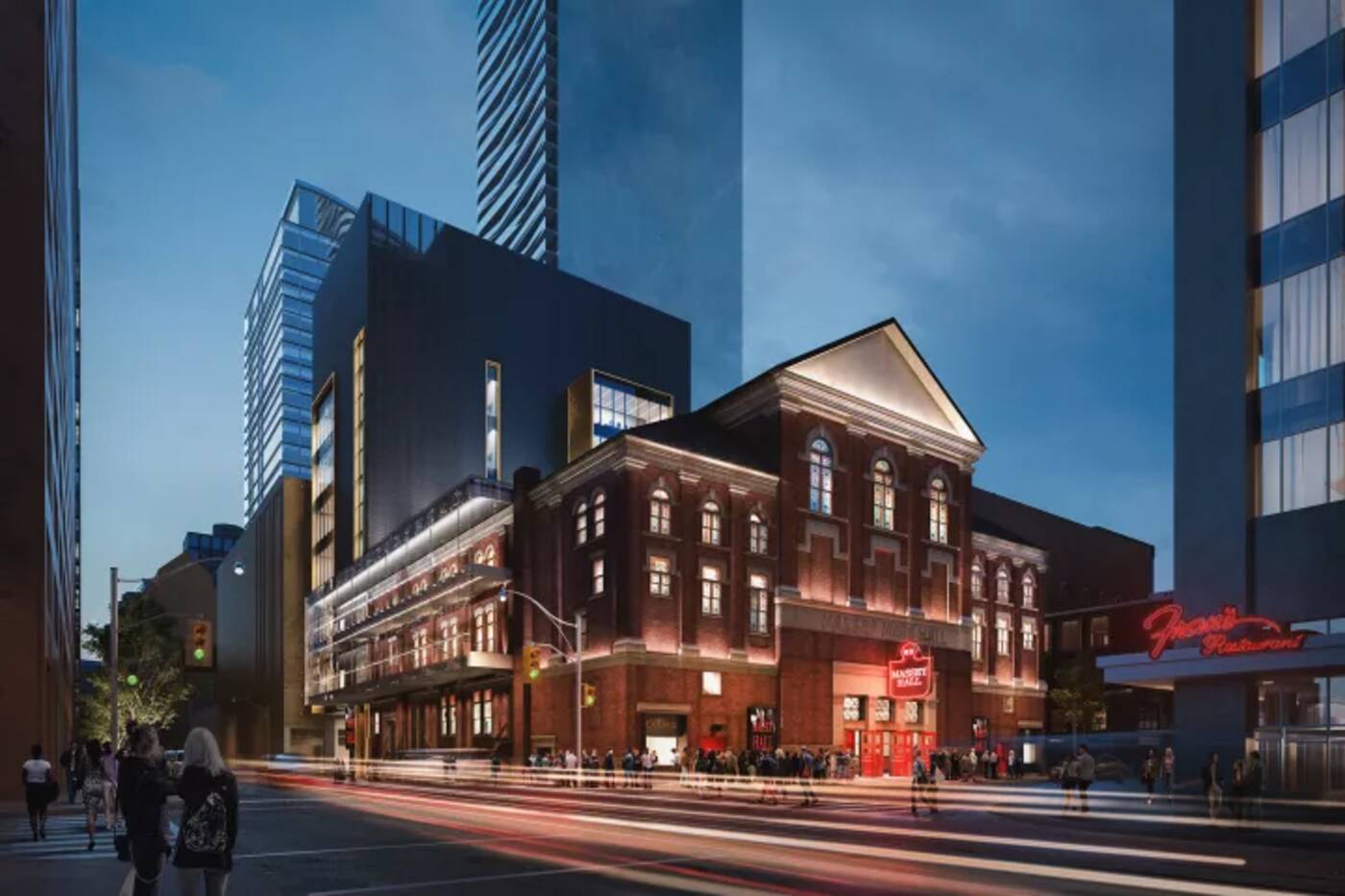 Artist's rendering of the new-and-improved Massey Hall, expected to reopen in 2020. Image via Massey Hall.

Crews were spotted outside the performing arts space on Shuter Street Wednesday morning near the top of its iconic, zig-zagging metal fire escapes.

Sparks were flying as welders worked to detach the exterior stairs, which were installed in 1911 to address fire safety concerns. By 10 a.m., the peak of the structure had been removed.

The stairs, as iconic and moustache-like as they are, must be torn down in order to make way for a glass-enclosed passerelle—an enclosed walkway running around the perimeter of the building. 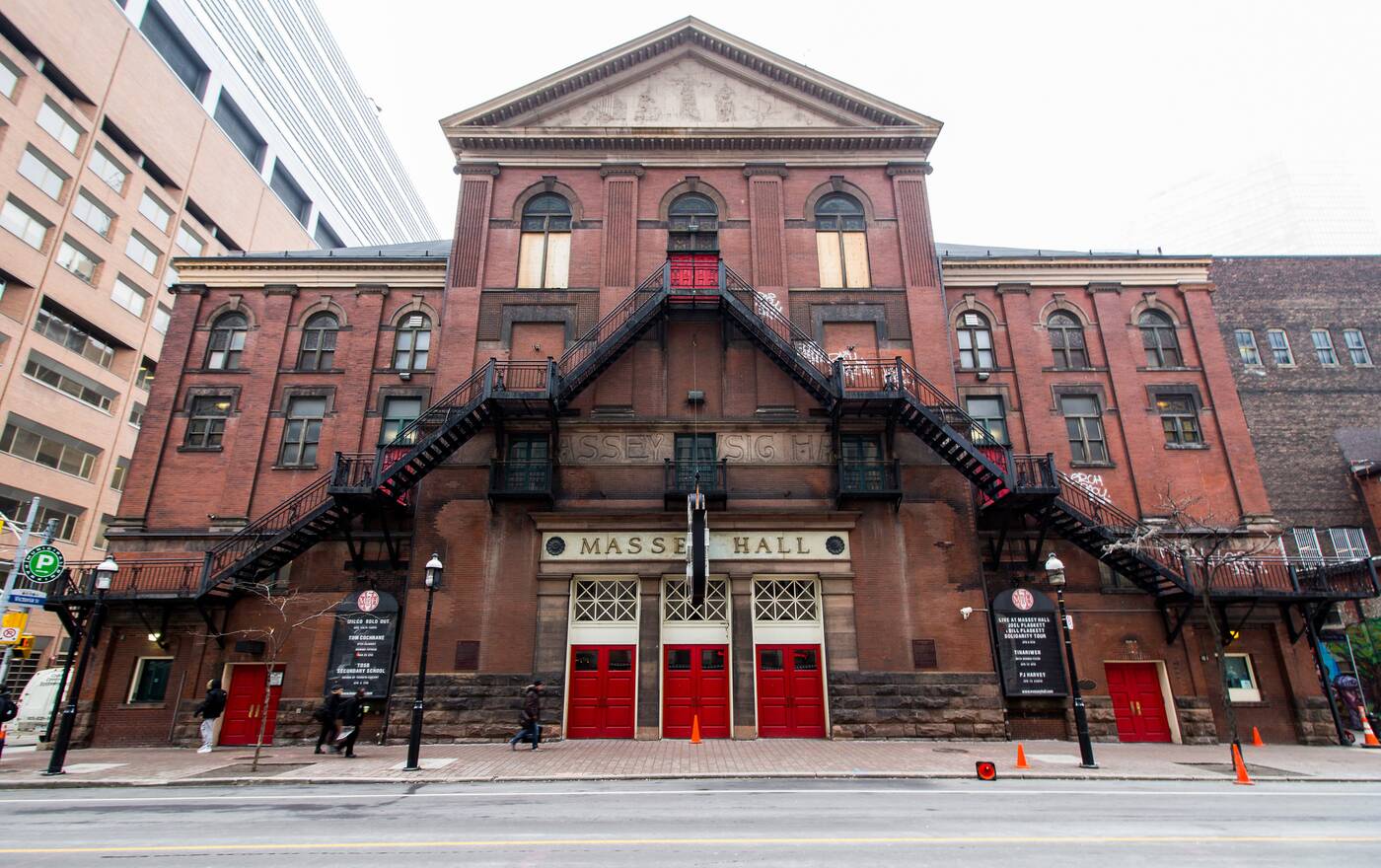 Massey Hall and its prominent exterior metal stairs, as seen in March of 2017. Photo by Grant D.

The passerelle is meant to allow for quicker movement around the building's many levels and spaces, which should come in handy when it eventually transforms into a three-venue space.

No word yet on whether Massey Hall will be selling parts of its famous fire escape, but photos of them do exist in spades all over the internet — just like photos of fellow Canadian Justin Bieber's (slightly less robust) moustache.