What comes next for Toronto's iconic Massey Hall

Massey Hall will be closing soon, and while the Toronto music scene won't be quite the same for a little while, we can look forward to concerts at the historic music venue looking and sounding a lot more epic when it re-opens in 2020.

Scheduled to close its doors in July, the iconic 124 year-old music venue wil be undergoing some massive, much-needed renos over the next two years.

First, there are the long overdue upgrades, like replacing the 70 year-old seats (you can buy one of the old wooden ones if you're the sentimental type) with wider, comfier seats that can be deployed from the ground-floor to make way for those dance-heavy shows. 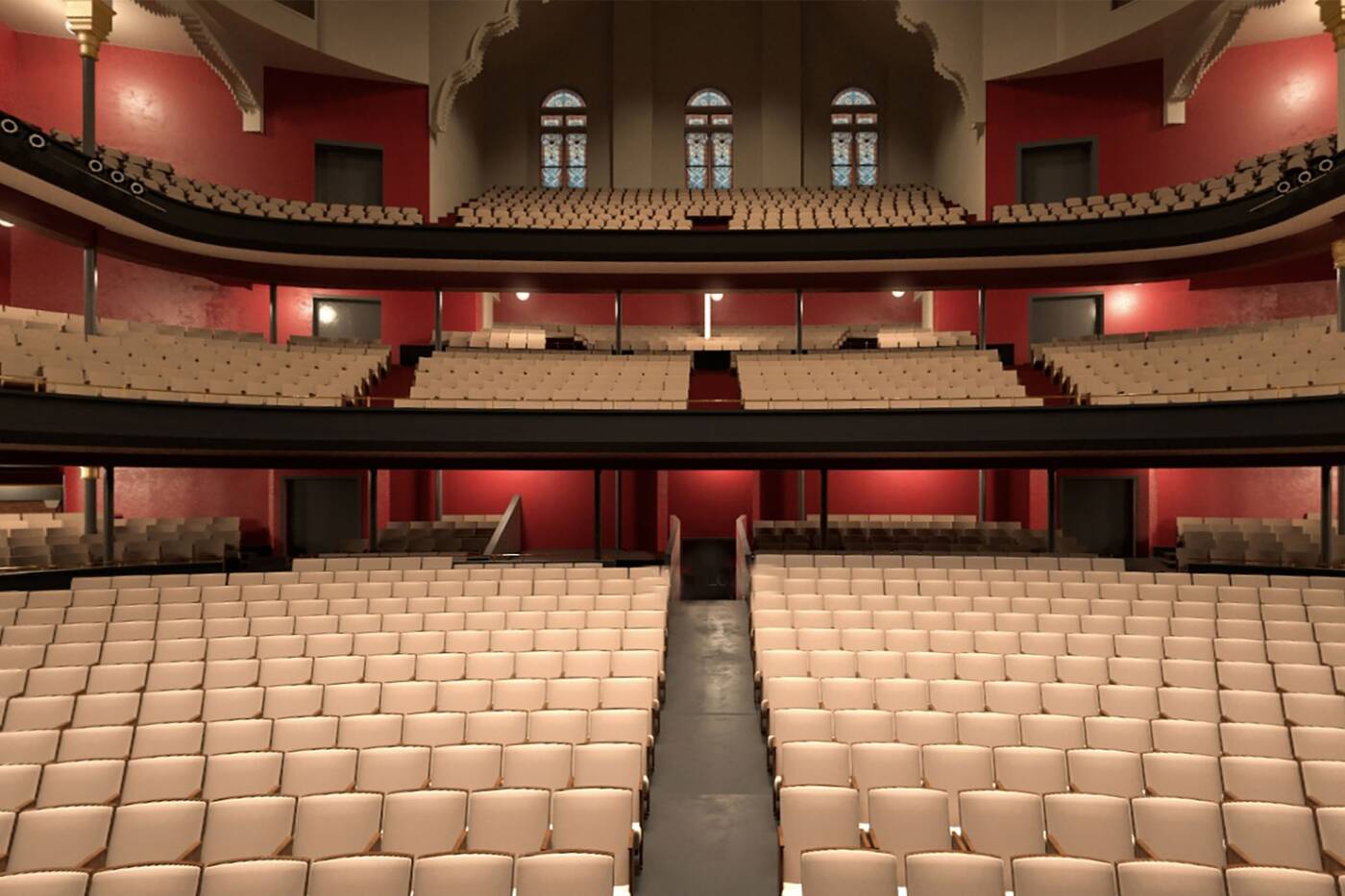 The main hall will soon have deployable seats that can be removed to clear the ground floor.

The wire mesh that's held its crumbling ceiling together since 1968 will soon be removed and the plaster reinforced, plus the entire exterior of the hall will be getting a good cleaning.

Massey Hall is also about to get significantly more accessible with the construction of a raised area called a parterre, which will face the stage and run along the perimeter of the hall for the convenience of wheelchair users.

There'll also be washrooms on every floor of the building, and the addition of a passarelle: a smooth glassed-in path that runs around the perimeter. 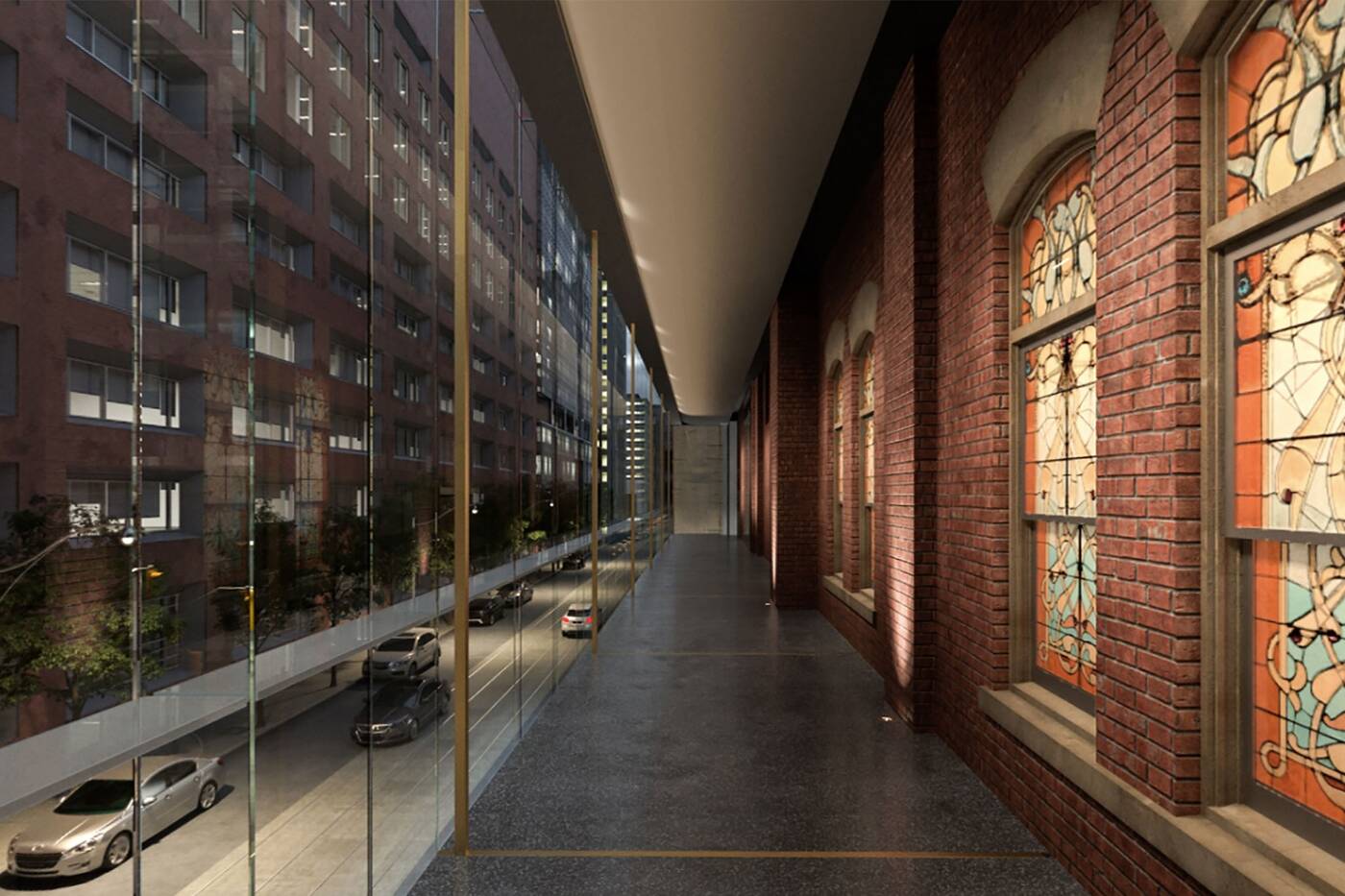 A passarelle will be added for extra accessibility and over 100 stained glass windows are being restored.

Few people know that Massey Hall has over 100 original stained-glass windows: that's because they've been hidden behind plywood boards for decades.

As part of the revitalization, members of the award-winning stained glass studio Vitreous Glassworks will be removing and labelling the pieces of stained glass before cleaning and restoring them.

Then there are the epic add-ons: Massey Hall is stepping up its game by becoming a three-venue space. 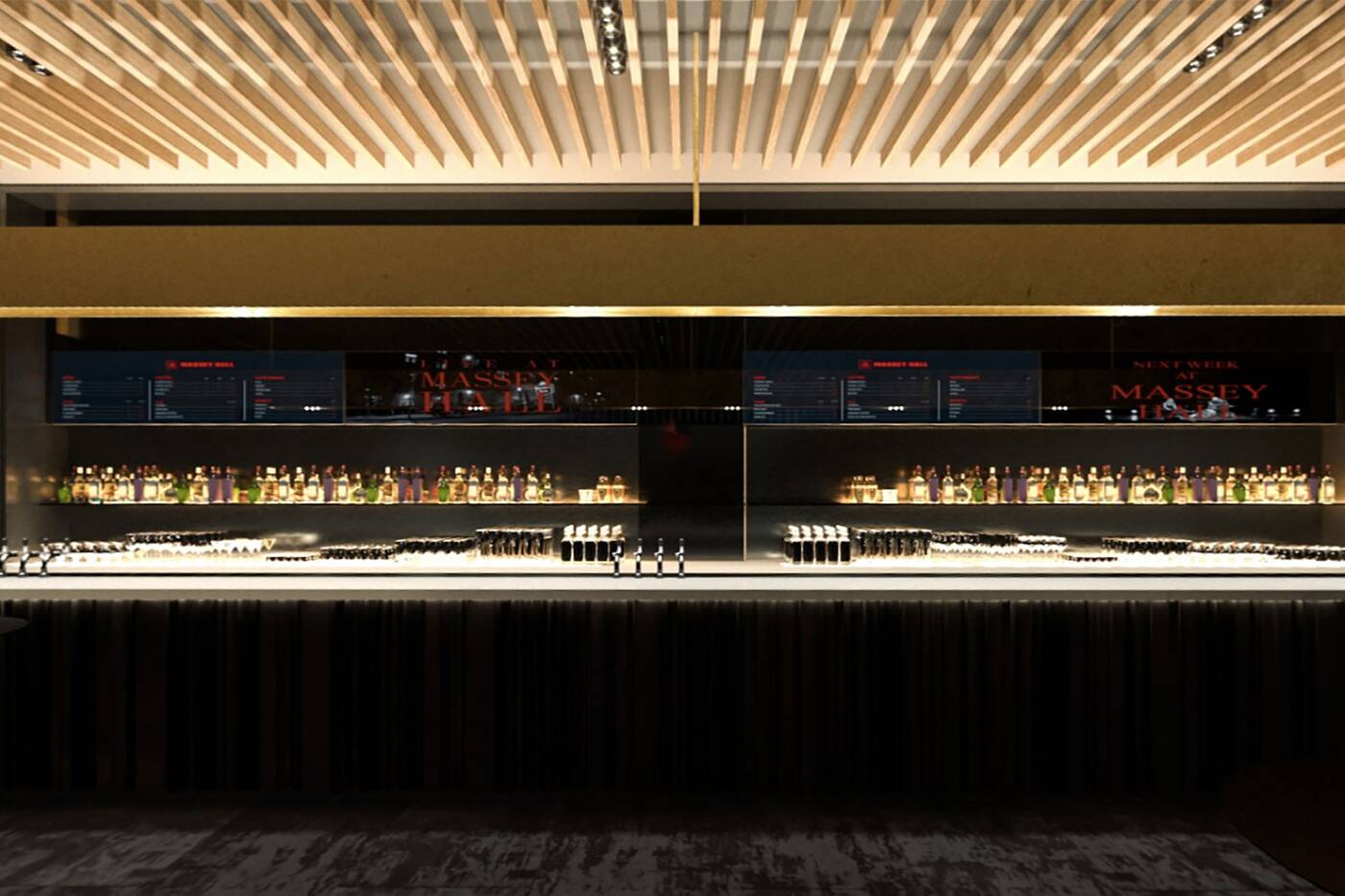 There will be a bar in the second-floor lobby of Massey Hall.

A new stage will be constructed in the basement bar, Centuries, and – even more crazy – a brand-new seven-storey tower that will be built to connect to its southern section, with another performance hall on the new tower's fourth floor.

Along with this new 500-person capacity venue, the new tower will also encompass a studio for live recording performances, demos, and workshops.

We'll have to wait and see if all this work can be completed in two years: if they manage that feat, it looks like the wait will have been worth it for concert lovers.