It was announced back in February 2015 that the historic concert venue would receive a huge $135-million upgrade, which won't be complete until 2021. These new design plans reveal some of the exciting things in store.

An additional south tower, revitalized exterior, and new venues within the building are all part of the plans for the space. 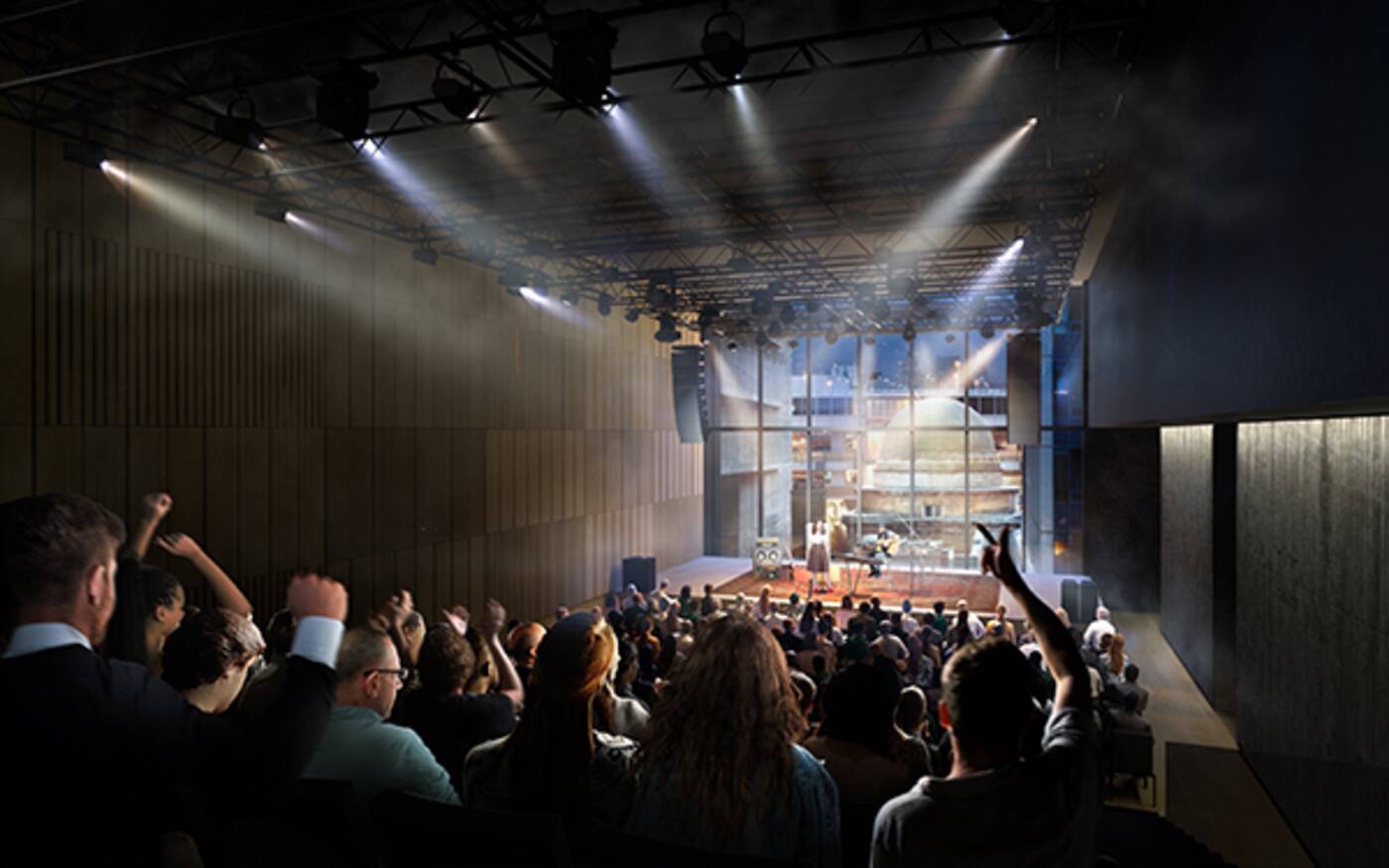 One of the revitalized venues, in the south tower. Image from Massey Hall.

One of the most exciting new features is the retractable seating. The existing 70-year-old orchestra seating is static, and inflexible for different types of performances.

This render shows a standing, general admission show that is now possible with the retractable seating system. Image from Massey Hall.

The new seating can be left in place for performances during which people typically sit, but also be retracted to open the floor for standing, general admission-style events

The south tower addition will make room for an additional venue space. It has a capacity of about 500 people, meaning smaller performances can be hosted here. Further to this, the basement bar, Centuries, will be redeveloped to allow for smaller, more intimate musical shows.

Speaking of basements, there are currently washrooms in the Massey Hall basement that are inaccessible for those coming from higher floors. The designs reveal that washrooms will now be easily accessible and available on every level.

Accessibility is key to the upgrades. A new, glass-enclosed passerelle will be constructed around the perimeter of the building to ease crowding and allow for quicker movement around the various parts of the space. 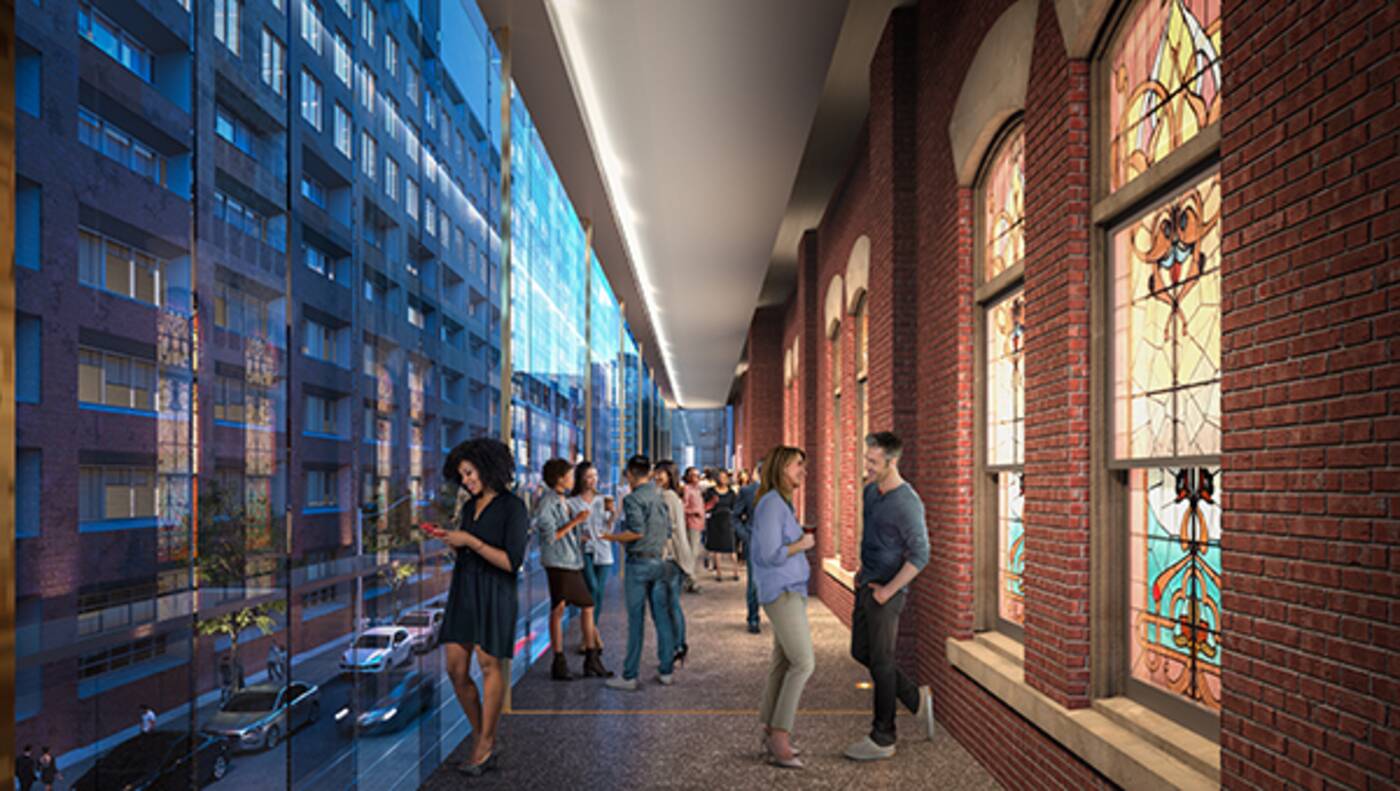 A render of the glass passerelle. Image from Massey Hall.

In terms of appearance, the exterior of the building is getting some upgrades too. The facade will be revitalized and restored. Most exciting, however, is that the original stained glass will all be restored to its former glory.

Massey Hall is a very old building, and one of the best-known in the city. It’s long overdue for some upgrades, and they’re finally coming to fruition. Due to the scale of the work, the venue will close during construction (anticipated for summer 2018).

This will be one of the few times in history that Massey Hall has been altered so significantly, especially since it was designated a National Historic Site in 1981.