Drake fans are, as you say, "shook" today over the news that an OVO-themed version of the classic board game Monopoly exists.

The rumours are true, as evidenced by a series of photos circulating the forums right now — though it's not very likely that we the people will ever get a chance to play. 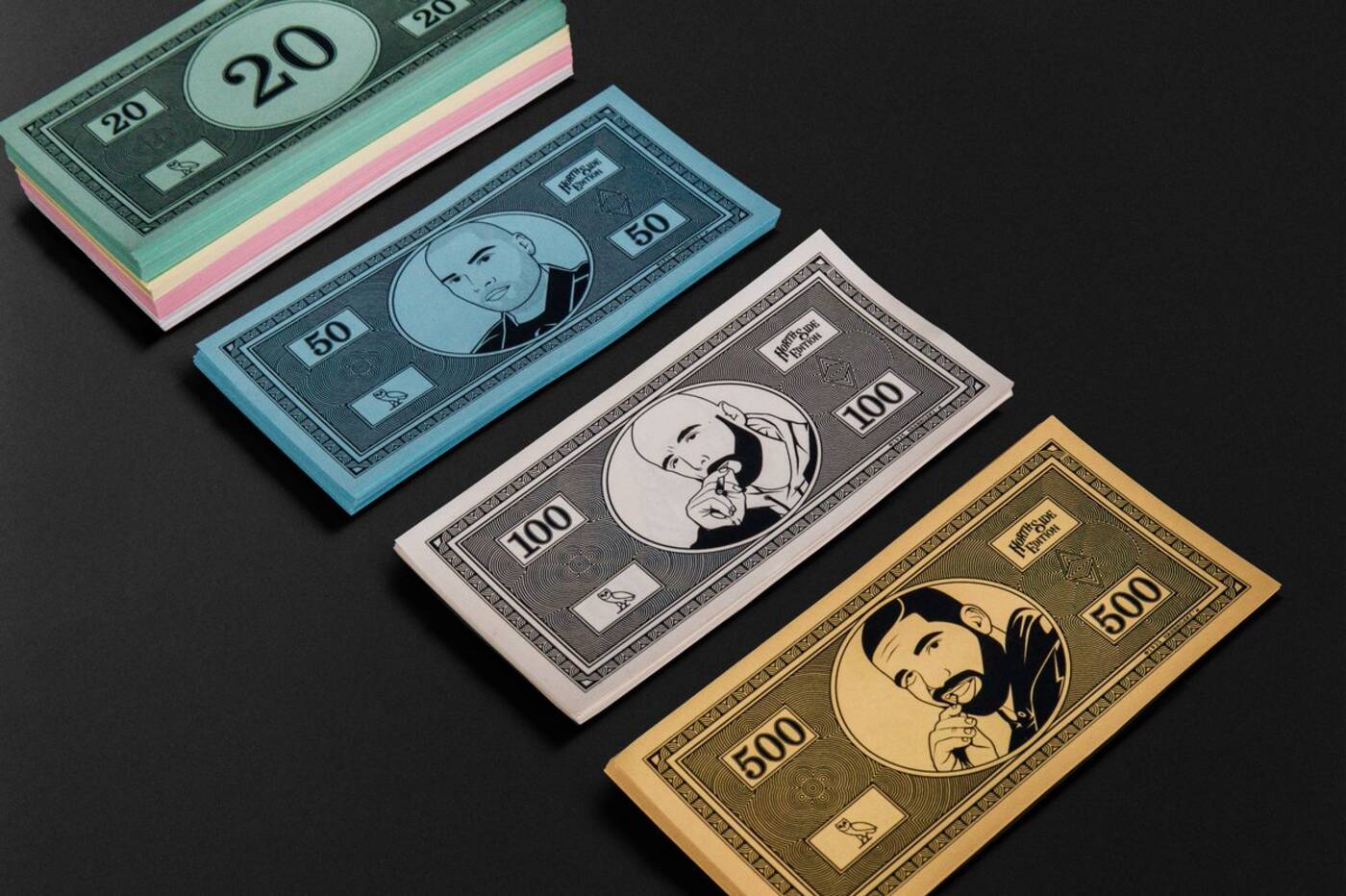 Scotiabank Arena shared images of what it called a "Custom North Side Edition Monopoly board" on Twitter last night ahead of Drake's concert with Migos — the first of two Toronto tour stops on his Aubrey & The Three Migos tour (a third show, scheduled for Monday night, has been postponed).

"Custom North Side Edition Monopoly board made for the one & only 6ix God," wrote the venue on Twitter Tuesday night. "The question is: can anyone stop the @Drake Monopoly?"

“Have you ever played monopoly and won? I’m all across the board..”

Fans of the Canadian rapper have been foaming at the mouth ever since, demanding that their loved ones buy it for Christmas or just because it's dope.

The recently-renamed Scotiabank Arena often creates elaborate custom gifts for high-profile guests, and that is the case with Drake Monopoly. 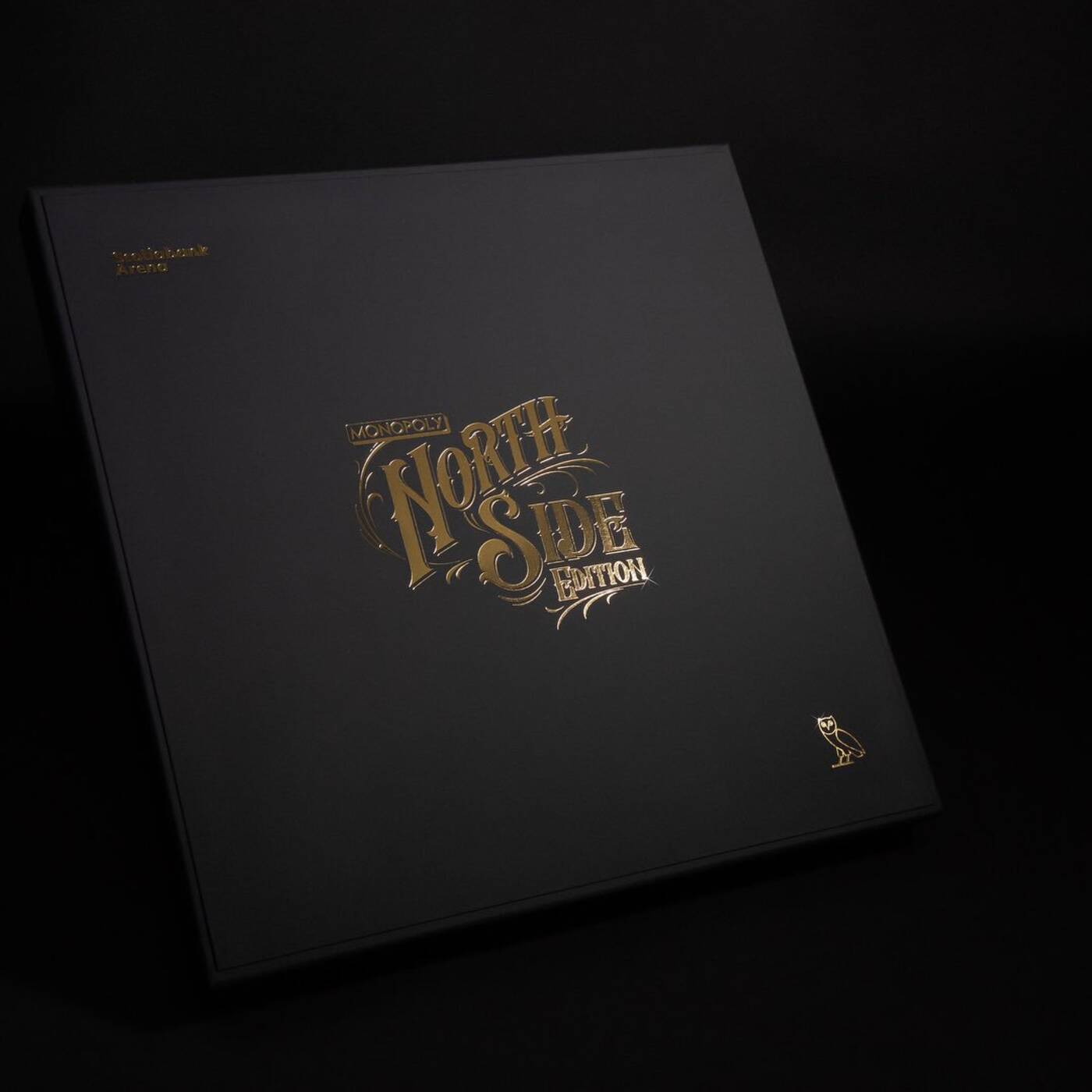 Maple Leaf Sports & Entertainment Ltd. ​​​​​​ confirmed by email on Wednesday that the board, designed by Luke Kinmond, is not for sale.

"It is tradition that we gift artists that visit us and we try to always do so in a unique way," says MLSE. "For obvious reasons we needed to do something big for Drake."

The venue says that the board was inspired by a quote Drake gave to TMZ back in 2015 about his strategy for a revitalized acting career.

"You ever play Monopoly and won?" he said at the time. "I'm all over the board." 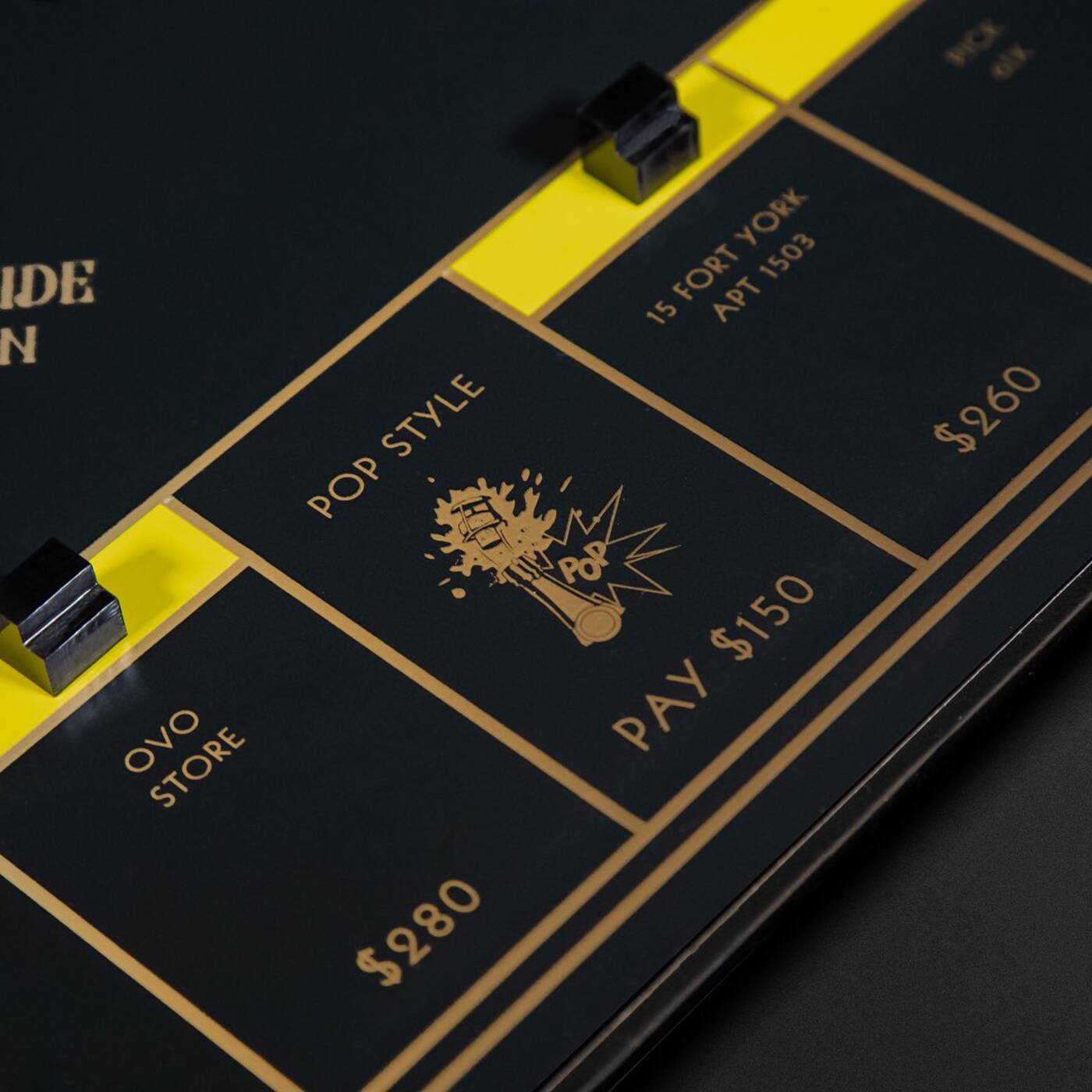 The custom OVO Monopoly board features over 100 references linked to Toronto and Drake songs, according to MLSE.

"The spaces, cards, pieces and even the money is all custom made and is very much representative of Toronto," says MLSE. "For example: Going to 'jail' means going to the 401."

Instead of the traditional top hat, thimble, and boot tokens, players can choose from an OVO owl, a Nike sneaker, a bottle of Drakkar Noir, a pretty lady, or even the wheelchair of Jimmy Brooks from Degrassi. 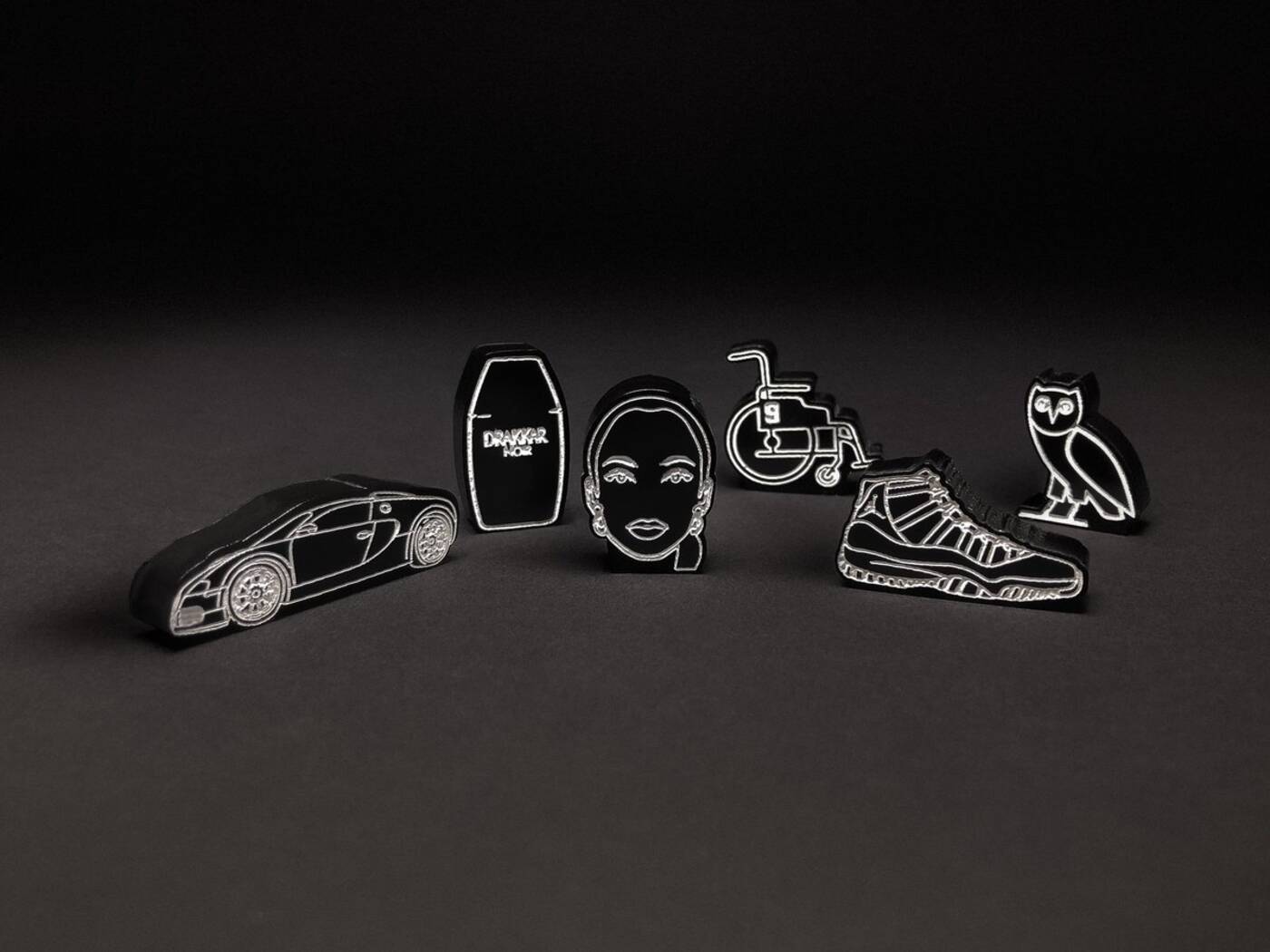 Properties like Kennedy Station, 15 Fort York Apt. 1503 (where Drake recorded some of his earlier stuff) and the restaurant Sotto Sotto are up for sale in this version of the game, and OVO Sound artist Baka Not Nice has his own "Baka Security" card. 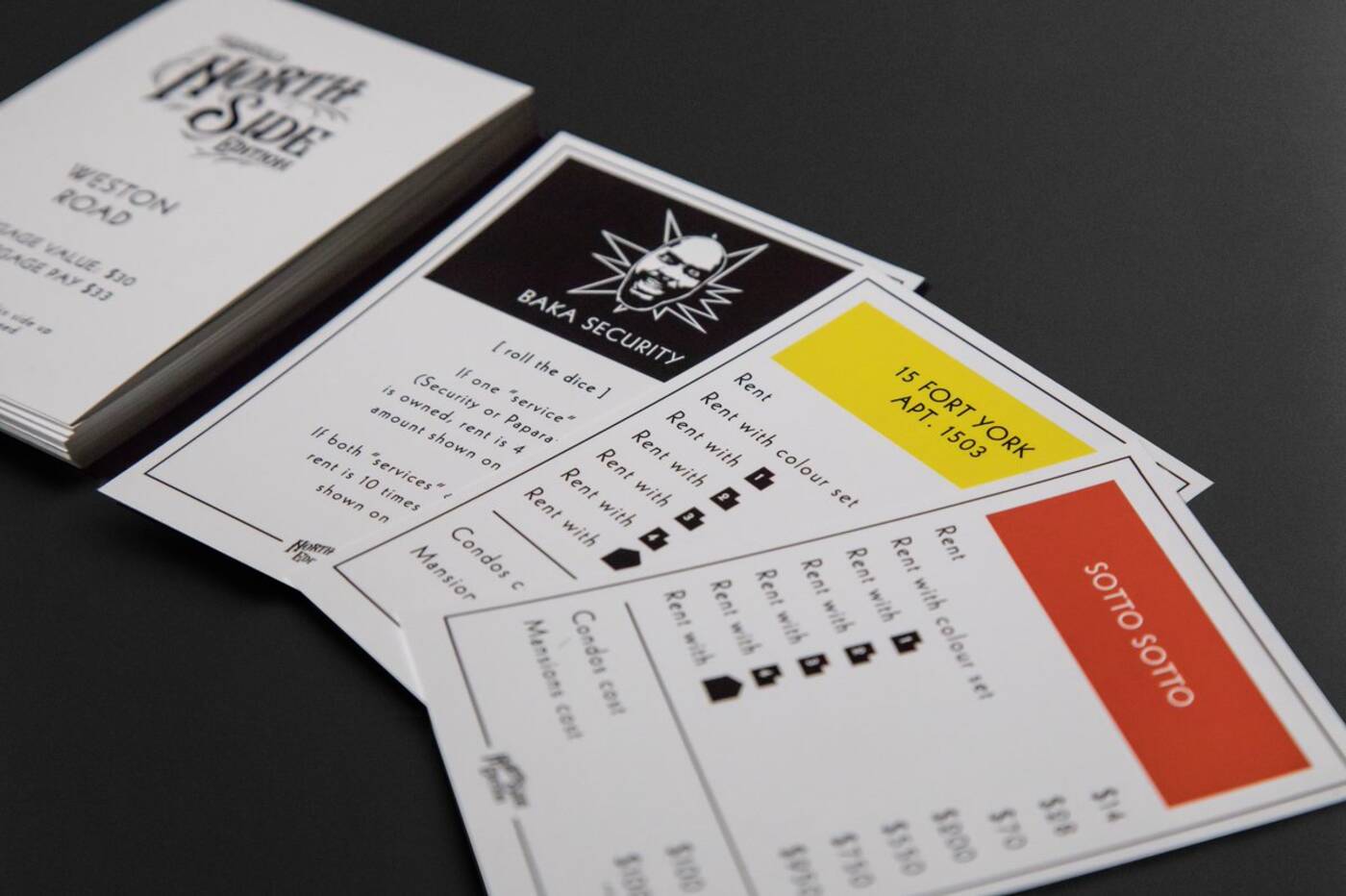 The designers even managed to get Drake's dad and stepmother into the deck. 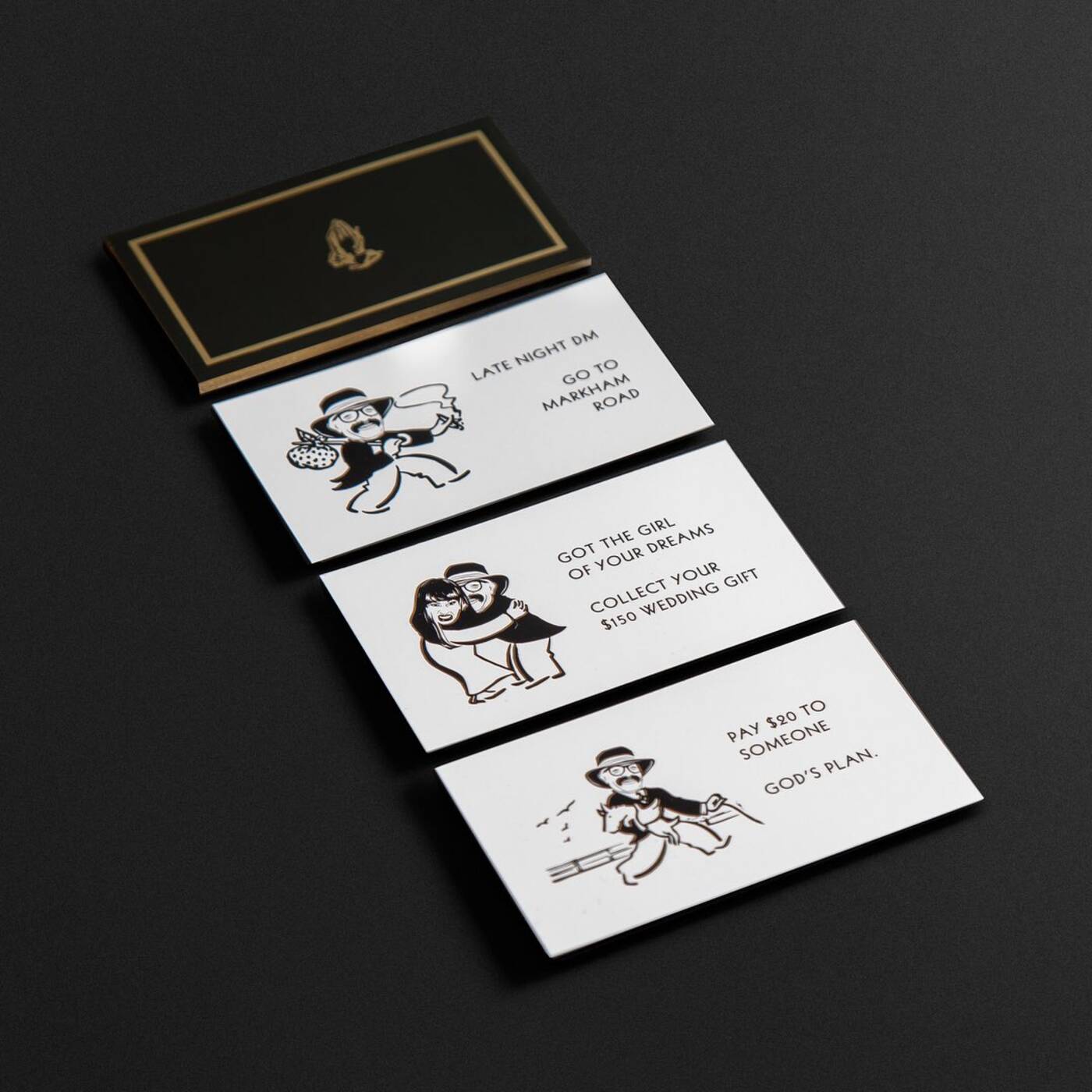 The 6ix God has yet to comment on the game, but it would be hard to believe he doesn't love it. Maybe even enough to mass produce something similar? Eh? Ehhhh?

Drake has been known to collaborate with many a footwear and apparel brand through his own gangbusters label, October's Very Own, but a multinational board game company has yet to join the OVO fam (that we know of).

Until then, you can get your Drake board game fix via Dungeons& Dragons. (You're welcome, nerds.)