Why Buzz Records are buzzing at NXNE (and beyond)

Toronto label Buzz Records is having an exceptional year. In 2014, records from Odonis Odonis, Weaves, The Beverleys, HSY and Greys are catching the ears of fans and critics in their hometown, south of the border and overseas. Ian Chai, label co-founder remarks over coffee, "It's been absolutely phenomenal. When you focus on things for the right reasons and things materialize on the creative, artistic and the practical, there's nothing more we could ask for. We're really grateful." 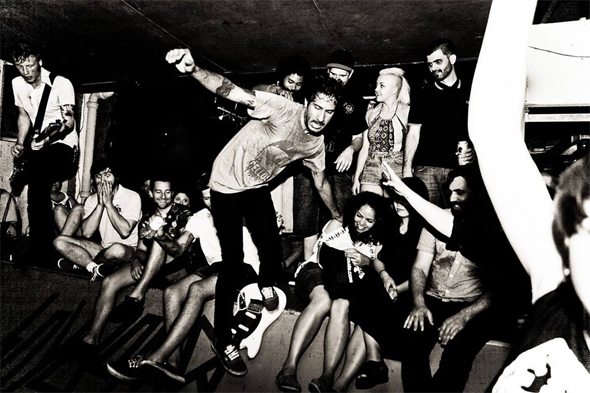 Buzz has put out 11 releases so far this year and it's only half-way over. There have been seven singles (listen to "So Cold" by Beta Frontiers featuring Carmen Elle of DIANA); two EPs (Weaves and The Beverleys); Odonis Odonis' Hard Boiled Soft Boiled LP, and the hotly-anticipated full-length from Greys, If Anything (released yesterday by Buzz/Carpark). "Then in July we have Mexican Slang which is a new band that we just actually signed...who are fucking phenomenal." Buzz is also home to Anamai, the dream-folk solo project from Anna Mayberry of HSY.

The output is pretty staggering for a shop so small. Operating as a team of five - the other four include Stefi, who handles the visual component of the label; Dean Tzenos and Denholm Whale who both play in Odonis Odonis, and Jude from HSY - Chai says the pace is "non-stop, and that's what we want." Though Ian describes himself and Denholm as confessed workaholics, the label functions as a community-minded collective - an important reason why Buzz is succeeding. 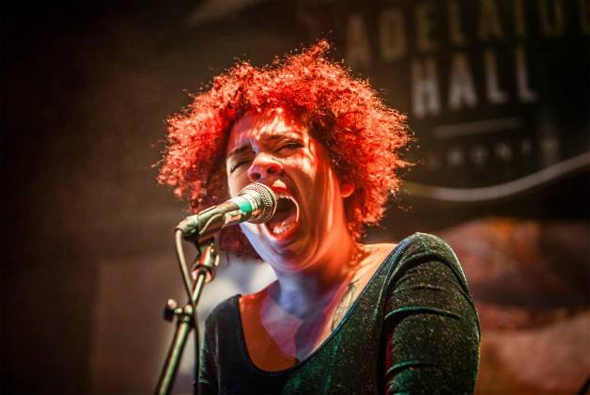 Three years later, Buzz bands HSY and Odonis Odonis are now ON REPEAT and getting 8/10 reviews in NME; Weaves are a Rolling Stone Band to Watch, and the L.A. Times referred to Greys as "the most impressive" at SXSW in March. When asked to describe what he thinks the international music press is starting to notice, Chai responds that fans and critics alike are genuinely interested in the music. "I think people can see that this wasn't something contrived and manufactured, but something that's, for lack of a better word, sincere and real."

From the angular, obtuse pop of Weaves; the deep, bedroom grooves of Beta Frontiers; to the brutal, blindside assault of Greys, the Buzz Records roster offers diverse expressions of a common aesthetic. Asked to put it into words, Chai quoted bootleg-recording blog, Mechanical Forest Sound, who in reference to The Beverleys wrote, "the city's finest purveyors of fuzzy noise and catchy hooks." It seems that audiences at home and around the world are starting to agree.

Thanks to MiO for sponsoring our coverage of NXNE 2014