Lights out for the Social

After an almost seven year run, the Social closed its doors for the last time on Monday night (well, actually, early Tuesday morning). Opened in 2005, the nightclub hosted some of the biggest international names in electronic music over the years. Perhaps more importantly, for many of Toronto's local DJs and producers, playing a set at the Social was a kind of rite of passage on their way to bigger things. Some of Toronto's most talented DJs played memorable sets at the Social, including Crystal Castles, MSTRKRFT, AutoErotique and Barletta (to name a scant few).

Citing a demographic shift in the neighbourhood, the owners of the Social have decided to convert the space into a pub, which one suspects will do quite well at Queen and Dovercourt. Toronto's often fickle nightclub crowd was, of course, already beginning to move to new venues, but it's worth mentioning that the club's Saturday and Monday nights were still packed week after week. The desire to alter course most likely also had to do with the fact that throughout the life of the venue the club's ownership had tried to obtain an Entertainment Facility license, but the City never played ball.

All is not lost, however. For those who loved the scene at the Social â and this is a place that had just as many detractors as it did supporters â one of the Social's owners, Richard Lambert, has already partnered with promotion giant Embrace to open a new night club at 69 Bathurst Street called the Hoxton, which will be officially up and running on August 6th. The new space has the capacity to host over 800 people and a stage that will allow it to attract more than just DJ acts. Not only that, the Hoxton already has the much-coveted EF license Lambert was looking for at the Social. 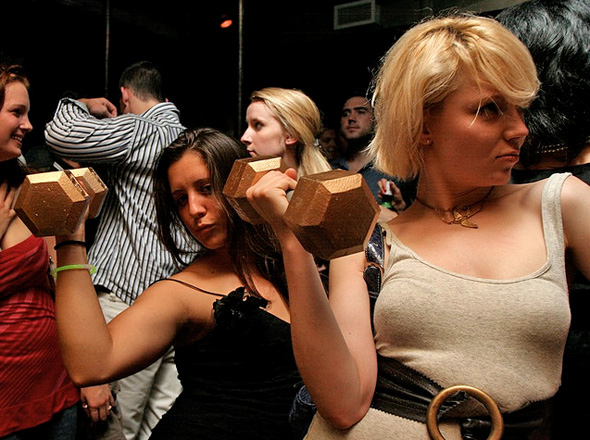 That being said, both Embrace and Lambert have a significant challenge ahead of them. The Hoxton space has previously been home to two night clubs: State Theatre and Sixty9, both of which were unequivocal busts.

Still, it takes a savvy business sense to run a nightclub for any significant amount of time in Toronto. This is, after all, the city that took dreams of one of the of the biggest and most successful North American club magnates and punched a hole in them. And although Embrace certainly has the clout and ability to book the international acts that will fill the venue, I worry how local DJs and bands will fare under this new setup.

For its part, Embrace seems to be making a play to consolidate all of its weekly bookings under one roof. To put the move in perspective, Embrace handles the majority of international electronic bookings that happen in this city. For instance, some of the events the company currently runs are Digital and Arcade Fridays, with which most people with even a passing interest in electronic music should be familiar. So, for better or worse, this is likely to become a crucial venue for electronic artists coming up the ranks.

I imagine news of the Social's closure will be met with both cheers and indifference, depending on who you talk to. But for a certain sub-culture of Toronto's population that visited the club frequently, this is likely going to seem like the end of an era. And whether its successor lives up to the Social's legacy remains to be seen.