I was on a mission to see just how un-jazz I could make my jazz festival experience this year, so I hauled ass to The Mod Club (722 College) on Wednesday night to see turntablist extraordinaire RJD2 (aka Philadelphia's Ramble John "RJ" Krohn).

Sadly, when I got there, the gentleman checking names at the door informed me that there were to be absolutely no photos of RJ himself. In order to get my camera in, I had to swear on a stack of vintage funk and R&B vinyl (and all else that is sacred) that I'd comply. Not wanting to violate any personal beliefs about soul theft, I contented myself with digging the tunes and shooting the openers.

TO's DJ T-Lo kicked it off with a 2-table set mixing up a lot of deeply funky hip hop records (lots of Tribe in the mix). Cool grooves, very laid back. 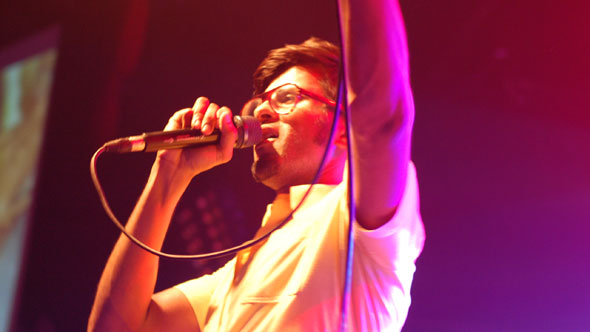 Another fine Torontonian (via Kuwait, India, California and Mexico), Amit and his merry band were next, playing aptly self-described "ridiculously happy shit." His set was short and concise and conspicuously poppy after such deep grooves. Tunes like "You and Me and Love" featured lots of snappy piano bits you'd expect from Ben Folds. 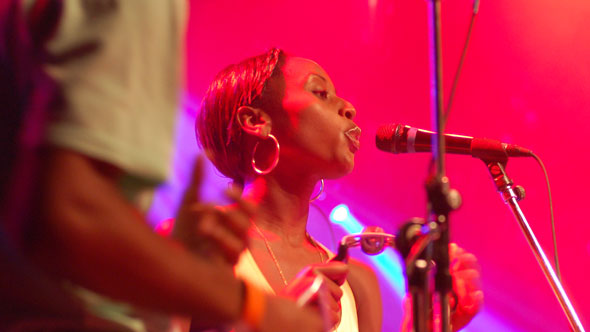 He ended his set by dragging out his entire entourage (all female) for a song I can only assume is called "It's OK" (the predominant lyric to say the least). Very bouncy indeed. 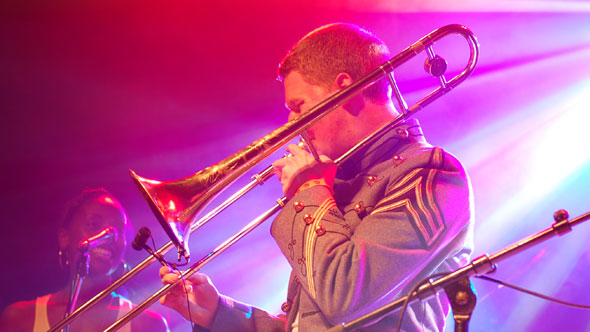 T-Lo came back for another set intent on showing everyone that he was just dicking around during his first set. This time around he whipped through a ton of vinyl, madly mixing up jazz, funk, drum and bass and anything else he could get his hands on, proving himself a highly skilled technician indeed. 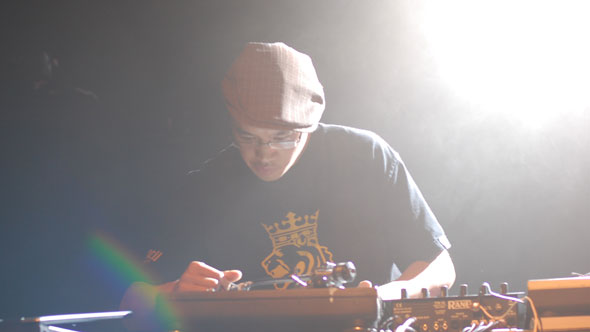 But skilled technicians pale in comparison to world-class master craftsmen. When RJ hit the stage, he quickly kicked the programme into overdrive making all that came before a distant memory (fortunately, I was taking notes).

Simultaneously mixing four turntables and triggering samples on a device I couldn't clearly see (perhaps an MPC), RJD2 was ADHD made flesh. A flurry of activity, RJ demonstrated that he could indeed ride the glide with the best of them, and I found myself having to pick my jaw up off the floor on more than one occasion.

It takes special talent to take the simple act of spinning a record and elevating it to an art form. The way I see it, if RJ Krohn can make The Cars' "Let the Good Times Roll" sound funky, he can do anything.