The appreciative crowd, which remained engaged from the kickoff of the showcase (recorded by BBC Radio Two as part of their NXNE coverage), didn't lose focus. Though the bar had closed, everyone remained drenched in the lazy, beery glow of sweet guitar reverbs from the night's acts -- many of Ontario's finest roots, bluesy indie alt-country and rock-pop acts -- Oh Susanna, Kathleen Edwards, Jim Bryson, Justin Rutledge, Ron Sexsmith and hubby and wife Luke Doucet and Melissa McClelland. It was an audience more than content to soak up the soothing lap-pedal steel-string (slide) guitars, standup bass, 12-string electric mandolin, harmonicas and Hammond organ that added warm, crackly notes to the respective sets through the night. 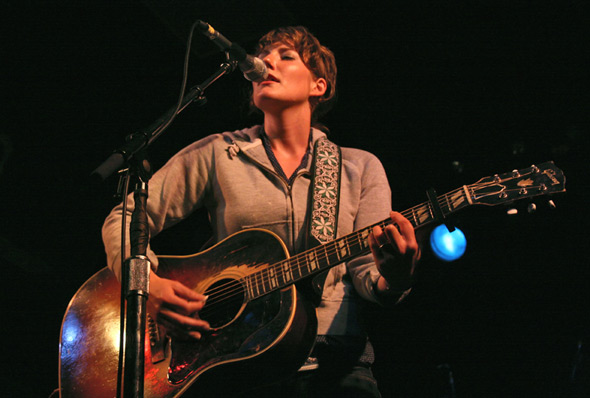 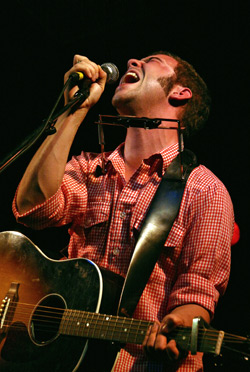 While Jim Bryson's tunes brought over Lee's a kind of awed lull, Justin Rutledge and Co. took that sedate audience into his world of lap-steel lullabies like the standout single "Too Sober to Sleep."

Ron Sexsmith's consummate showmanship ("we should do this more often" he said, with a nod to the Beeb's involvement, which years earlier helped launch his career) was almost as much of a joy as his polished pop tunes. Of course, everyone loved familiar numbers like Secret Heart: "Leslie Feist did a nice job on that" he noted, though Sexsmith's own smooth crooning and bandleading made the song, and the show, all his own. Nice to hear a few cuts off the latest disc live, too.

After a series of technical delays, Doucet and McClelland and crew got their pluckin', strummin' electric-acoustic in gear. Doucet mugged with his vintage axe and McClelland's singing shone just as well as her husband's surf-twang-noodling. Their onstage dynamic -- altogether passionate, genuine and dramatic, especially while playing songs of lost love and loneliness -- was made more so by an unfortunate amount of mic feedback. 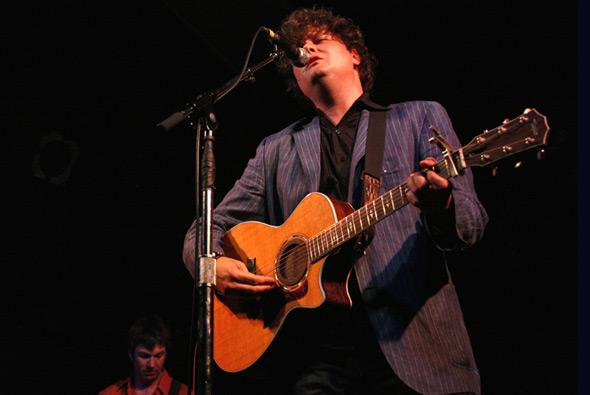 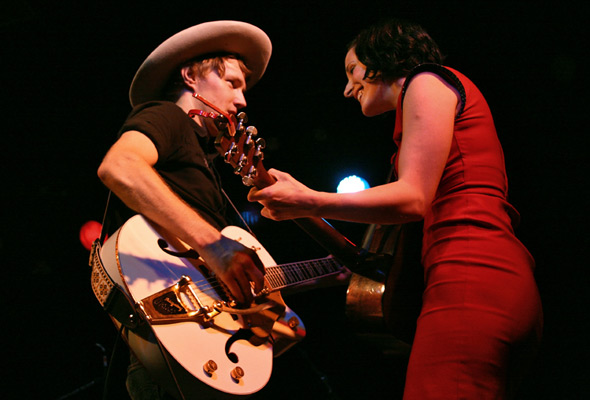 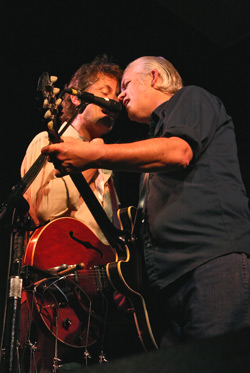 When it came time for Blue Rodeo, few had gone home to bed. "If we can stay up, you can stay up with us, right?" asked Cuddy upon taking the stage. He read out the BBC radio live promo, then dropped the sheet and the band kicked straight into "Hasn't Hit Me Yet." Nobody went off to sleep before that singalong had run its course. Devotees of down-home music, I salute your stamina!

All photos by Beth Hamill.