Hotel X may sound like something out of a Marvel comic book, but it’s actually The Library Collection’s latest gift to the hospitality world.

Not only does the massive hotel with CN Tower views boast 404 rooms and suites, it’s loaded with amenities like a movie theatre, art gallery, rooftop pool, several bars, and 80,000 square feet of athletic space including nine squash courts. 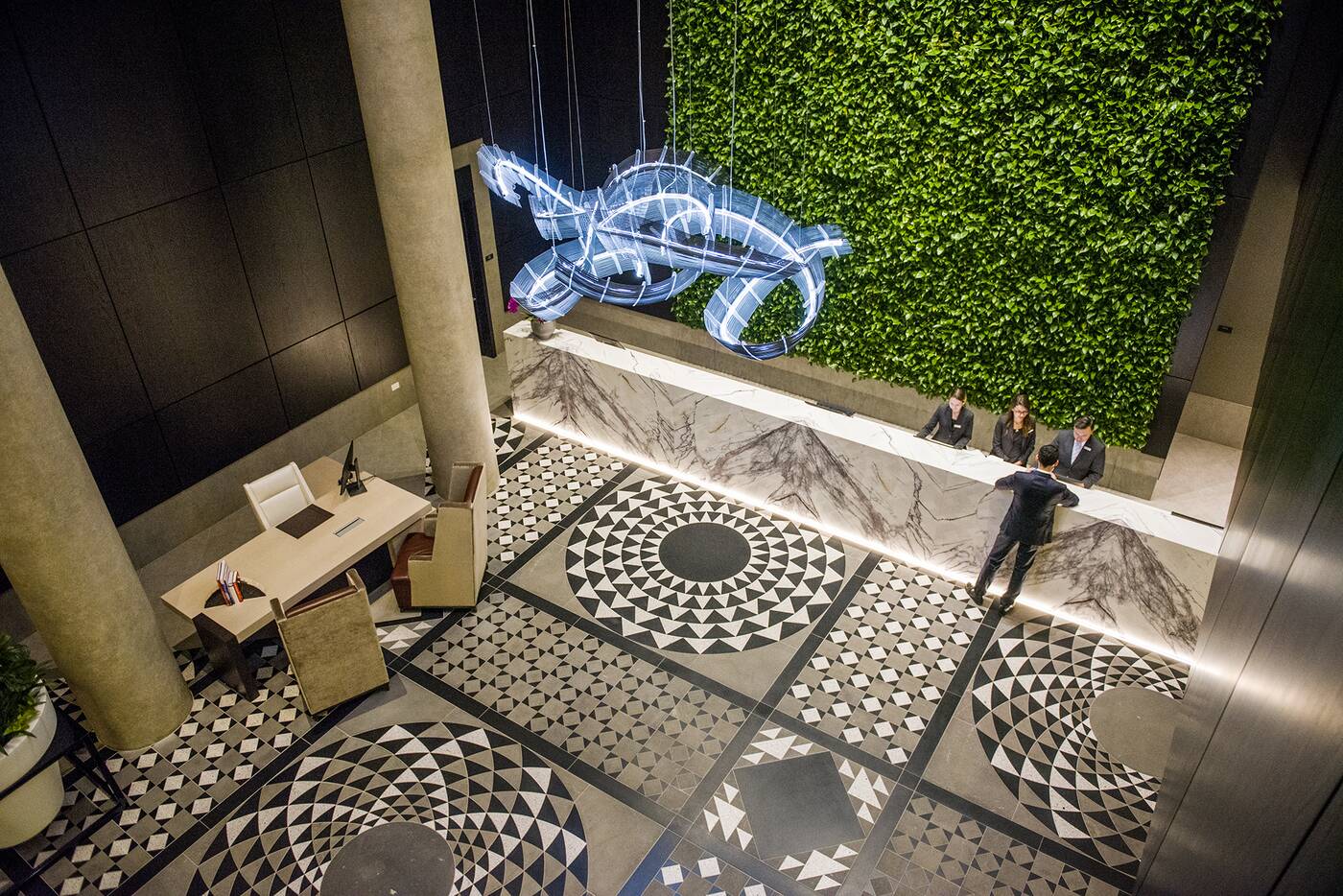 Entry is imposing, a curving staircase leading up to Maxx’s Kitchen, African and Chinese stone set in intricate patterns adorning the floor of the lobby. 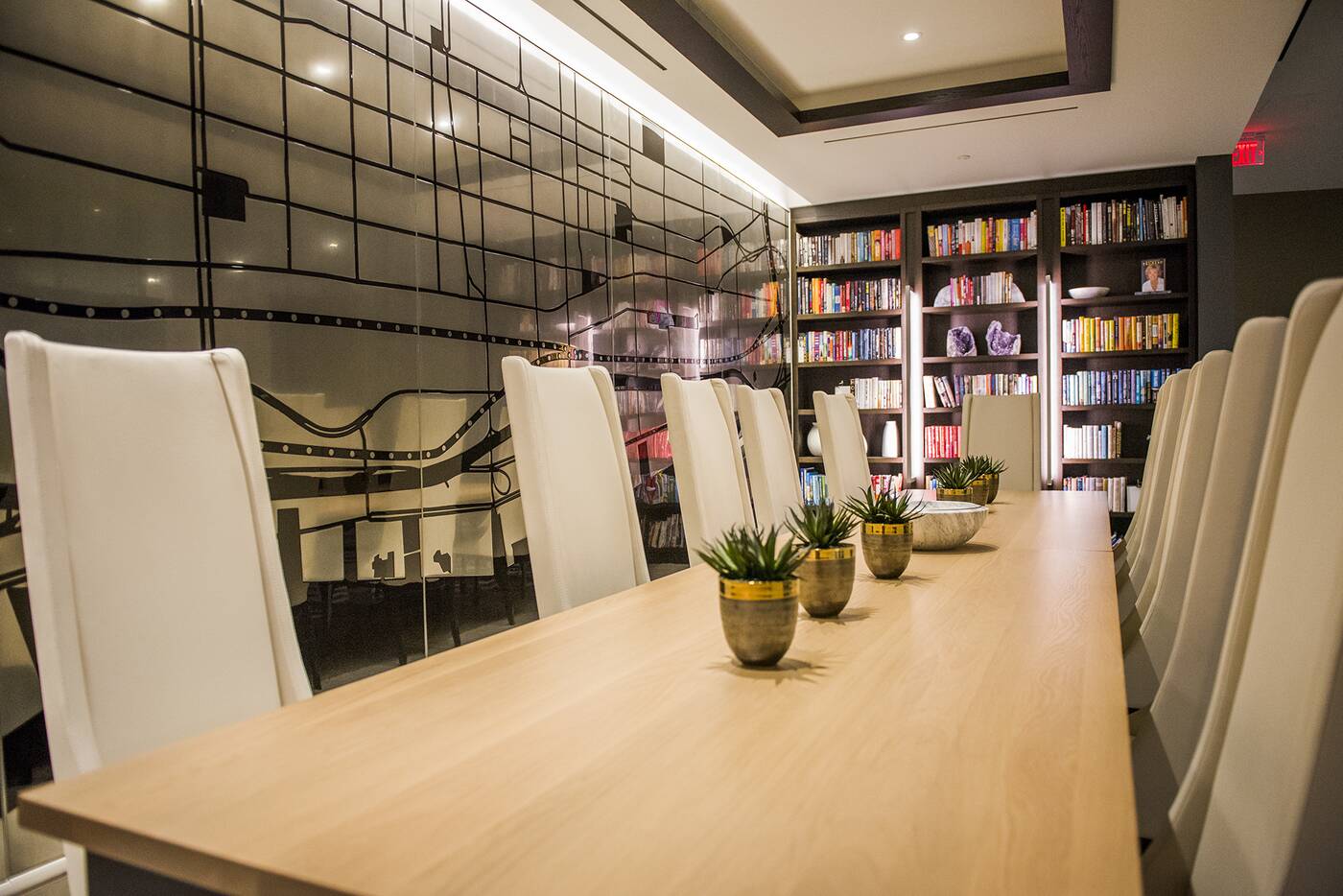 There are, of course, two libraries, colour-coordinated books on subjects ranging from sports and travel to fiction and children’s books. 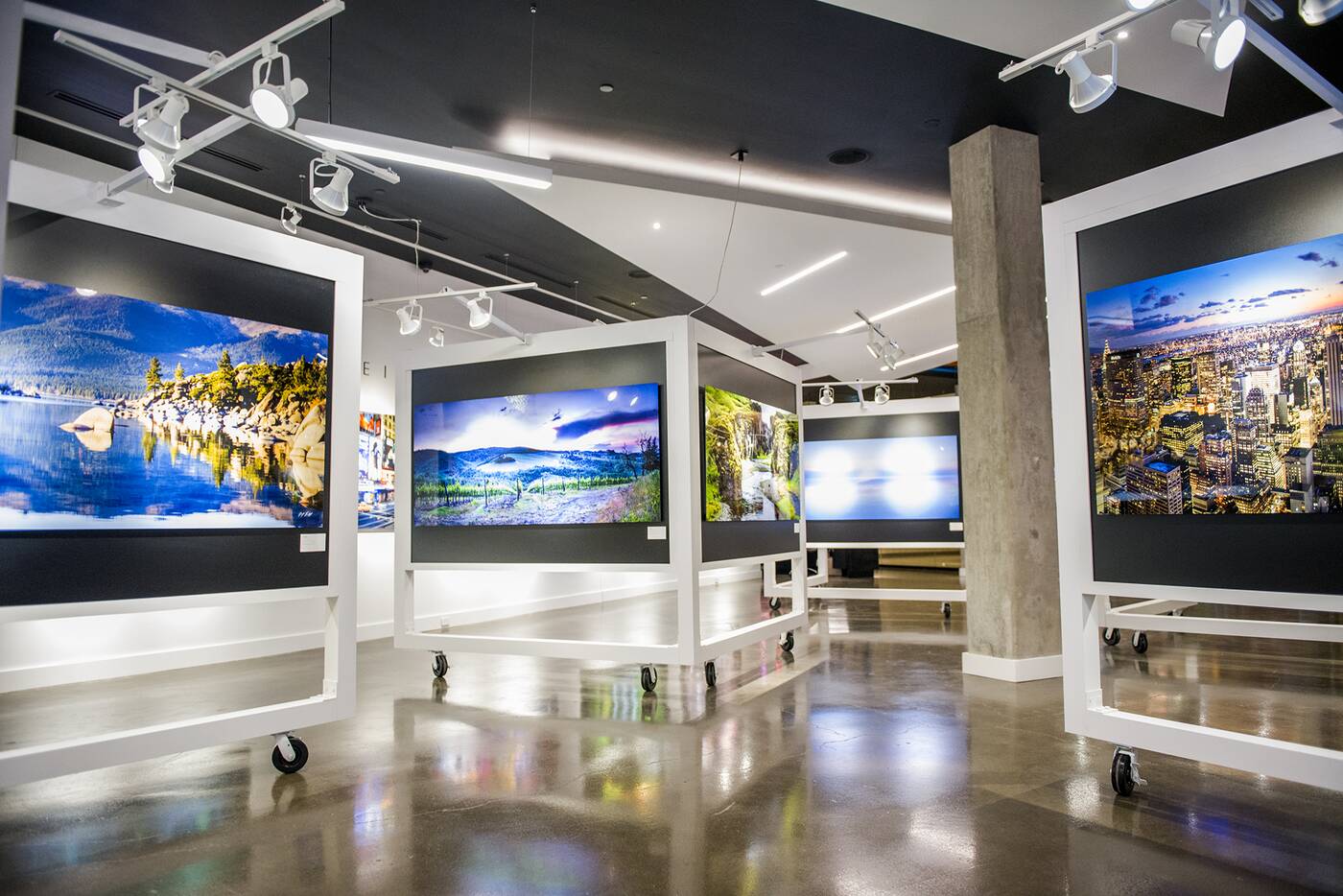 There are 800 breathtaking photographs all taken around the world by Neil Dankoff throughout the hotel, but they’re specifically on display at the Kandy Gallery, where the artist himself can even be found in the mornings. 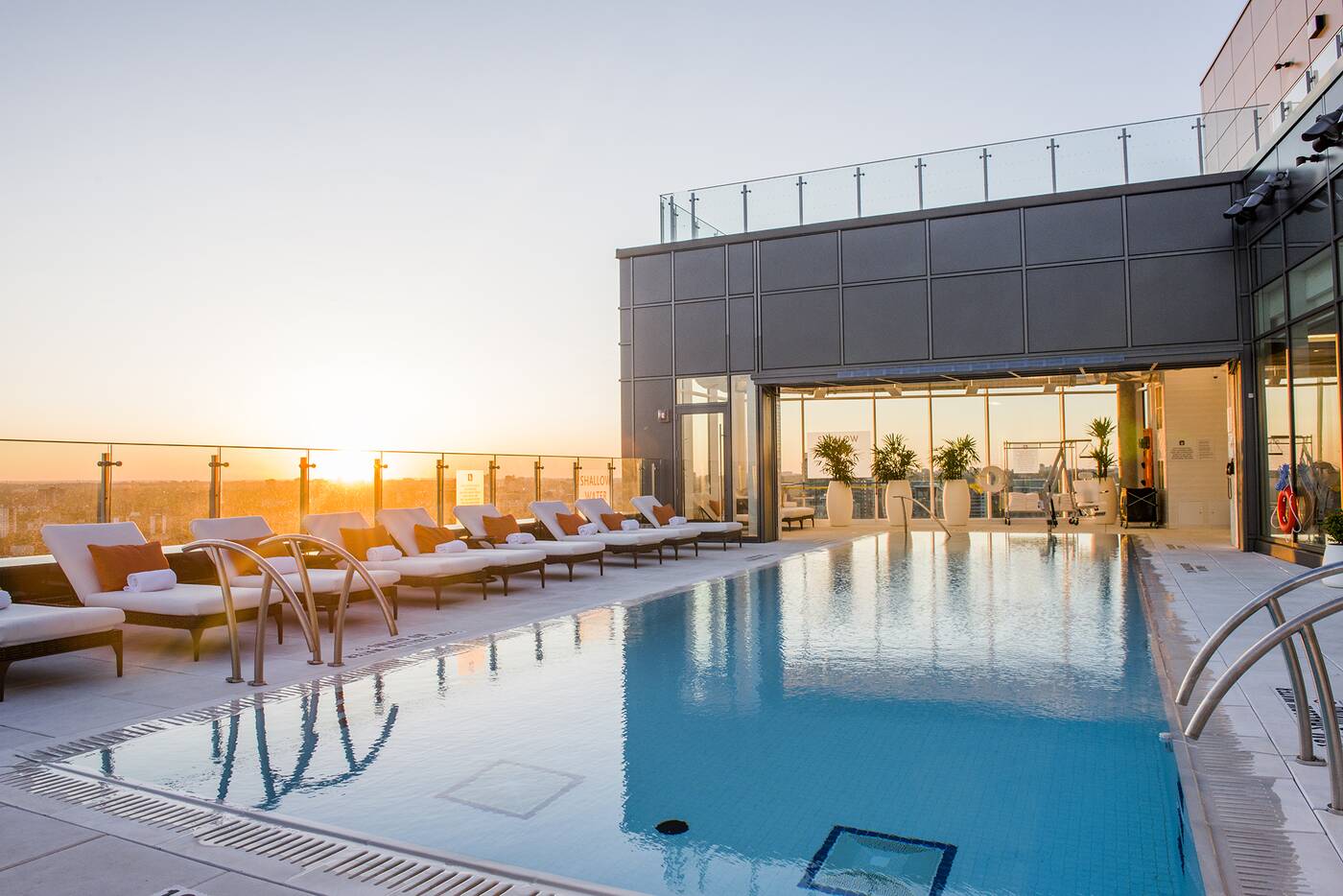 “The Pond” rooftop pool is only accessible to hotel guests, but affords some of the most incredible views of the city. 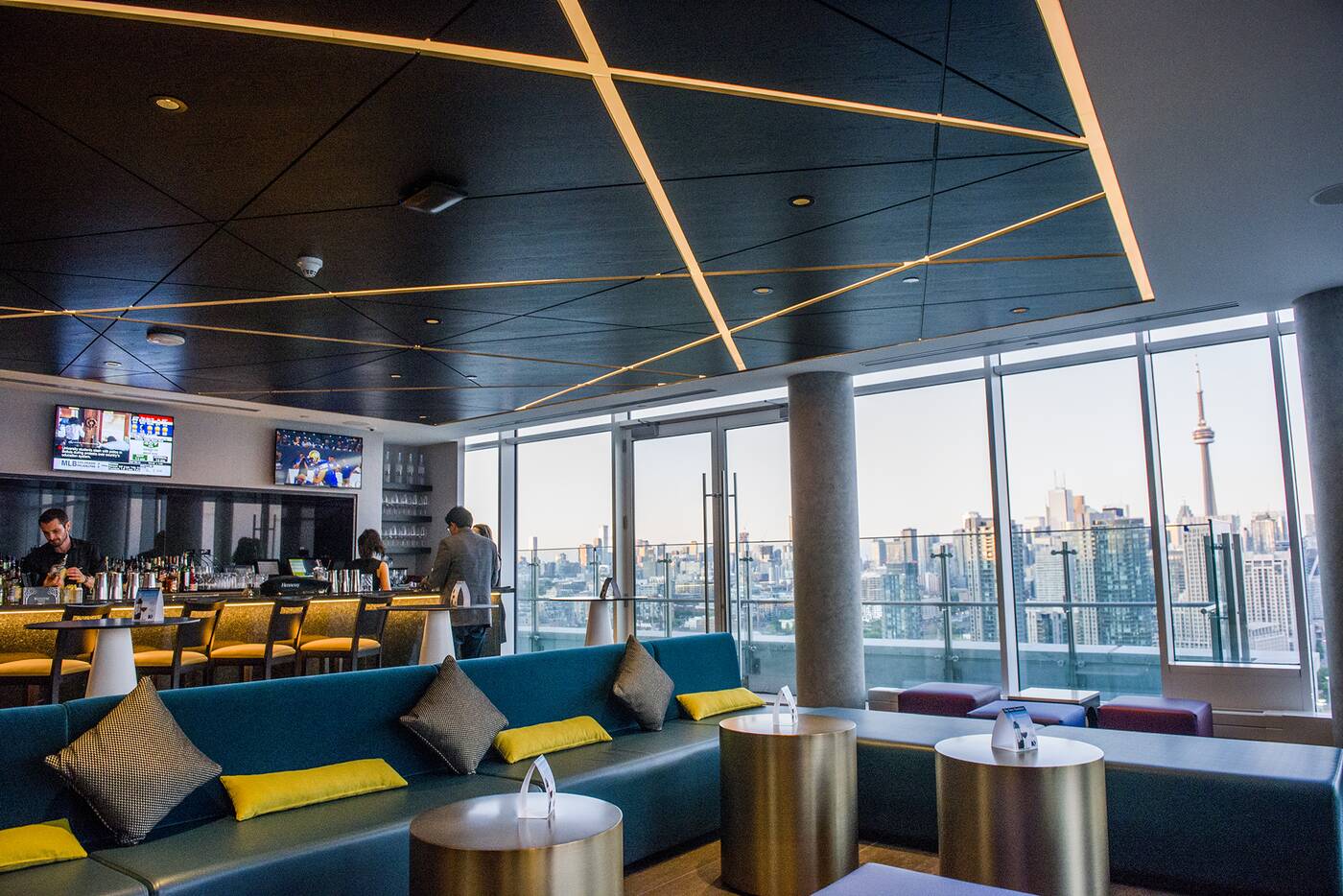 A natural theme continues with the rooftop “Falcon SkyBar,” a three-level bar open 365 days a year from which real falcons can be seen swooping in front of the skyline. 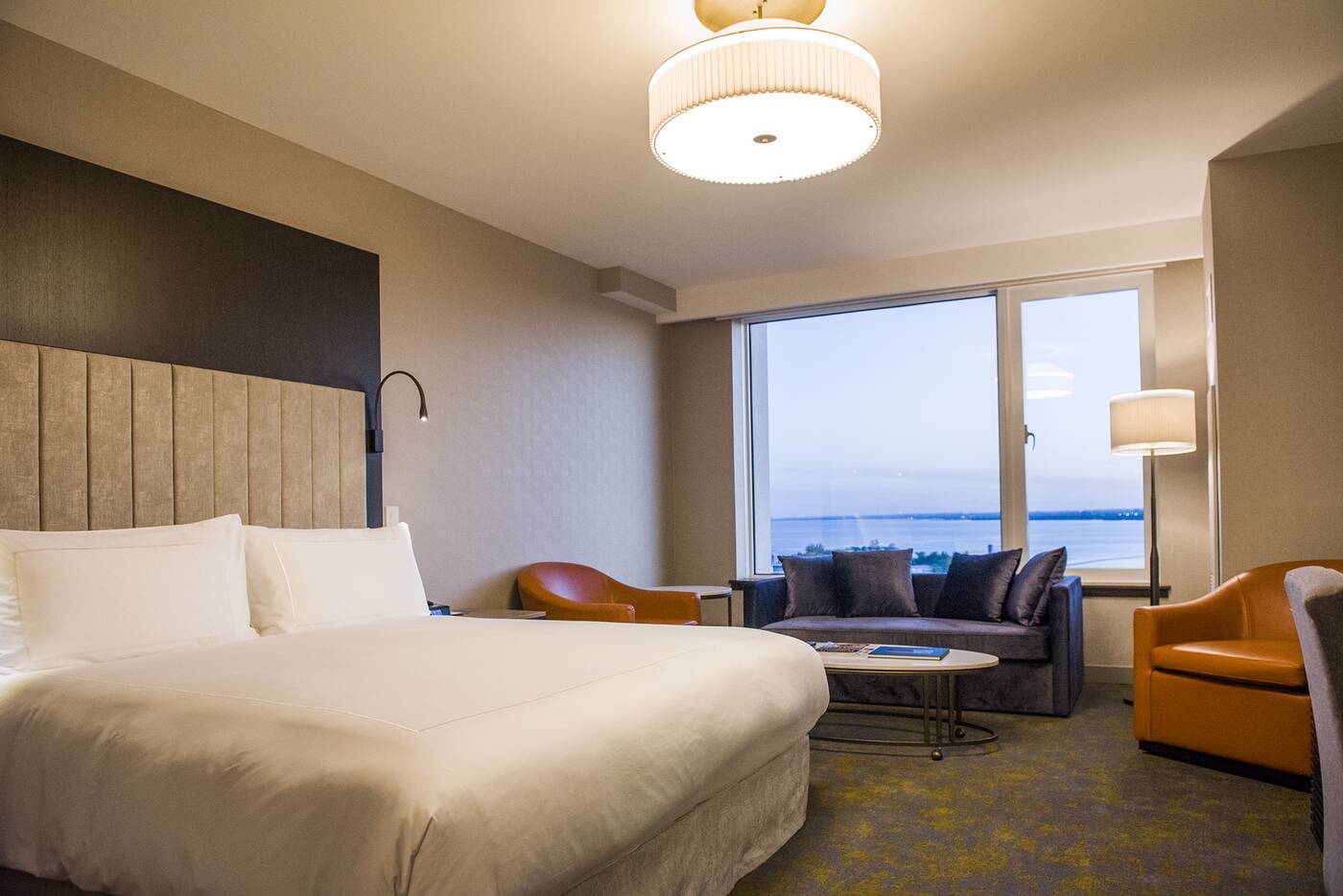 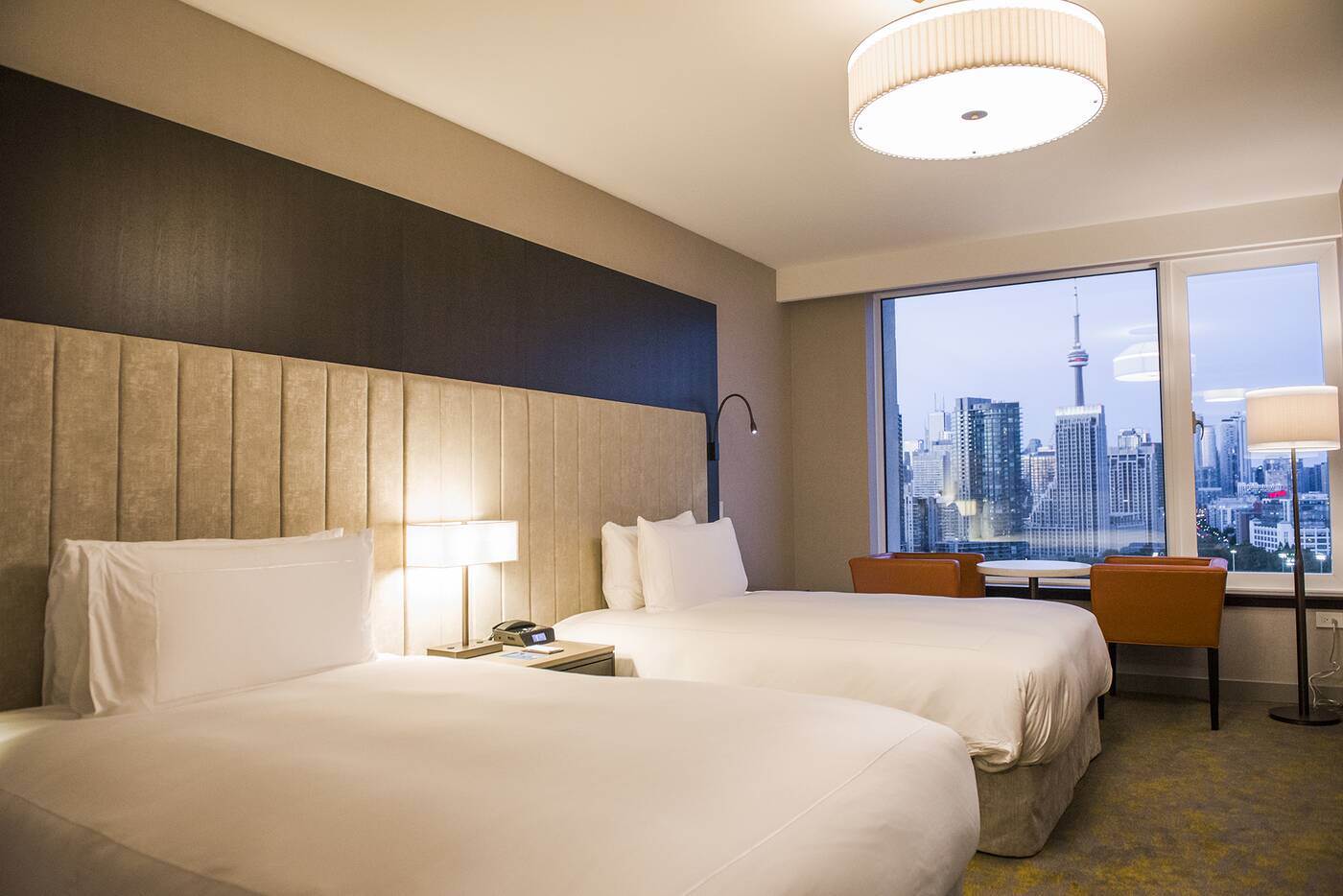 Bathrooms come with deep soaker tubs and Saje and L’Occitane bath products, and most suites have a view of the CN Tower and lake. 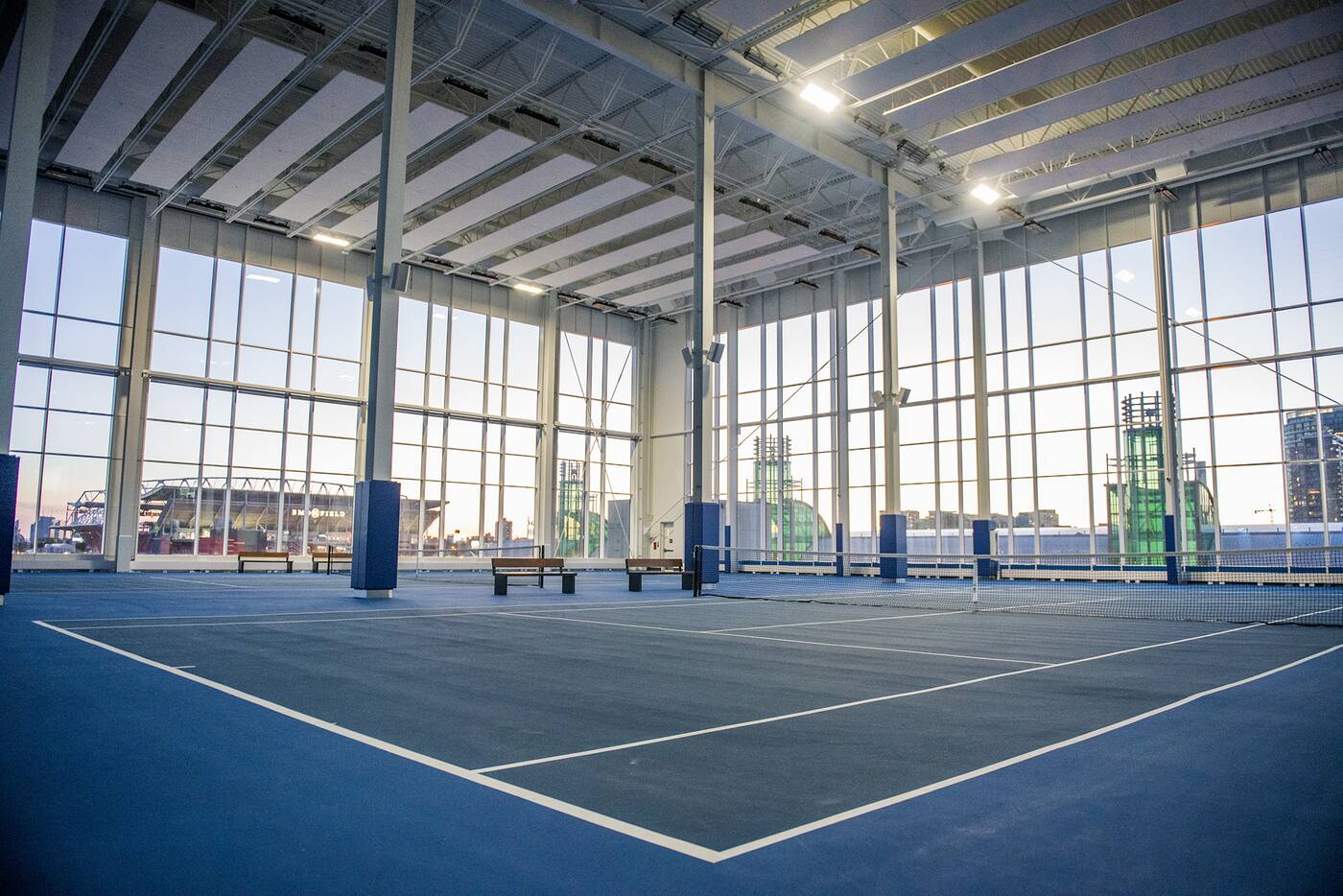 There are four indoor DecoTurf tennis courts as part of the Ten X athletic club, and tennis and squash lessons are available. 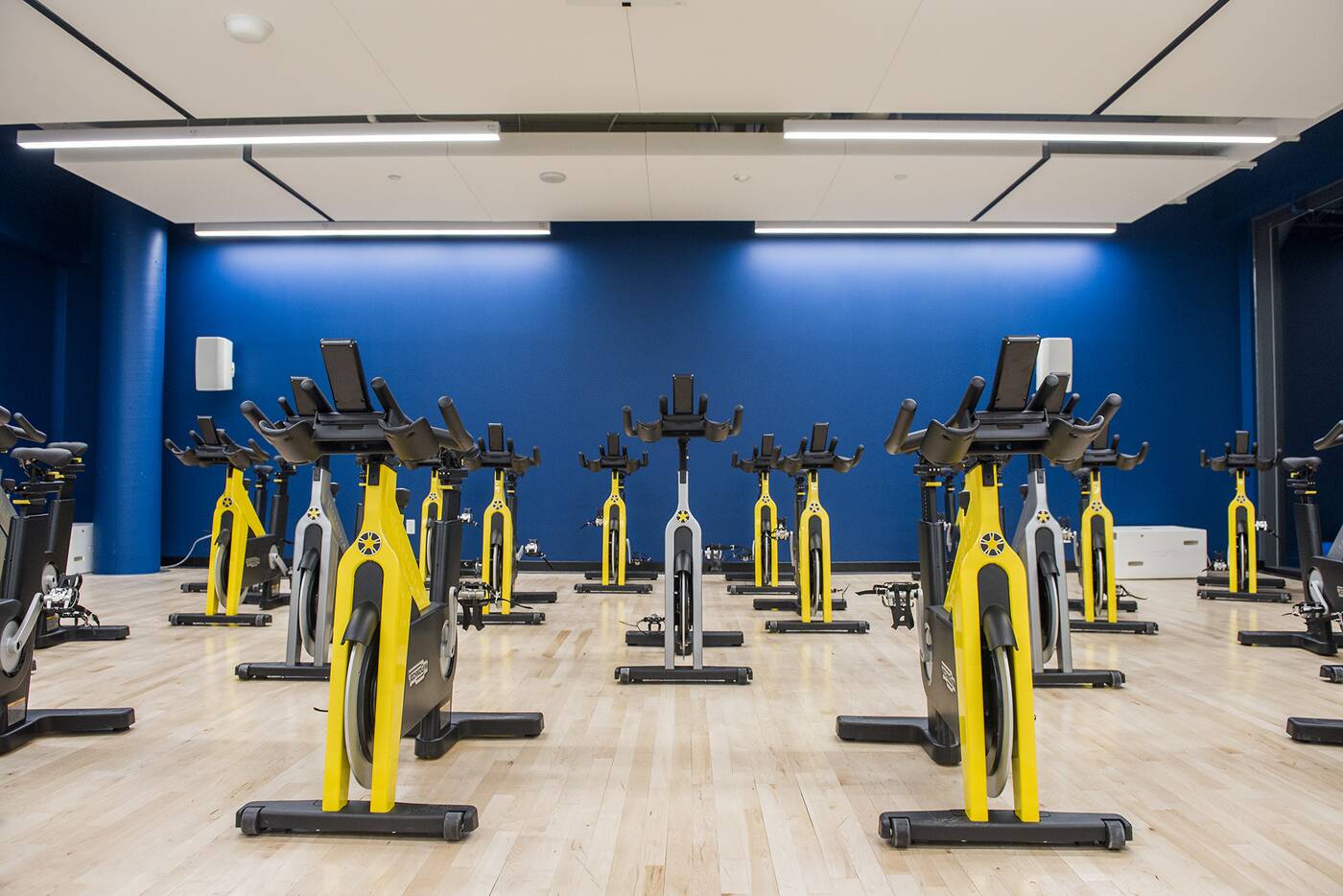 There are also spin classes, and other classes like weights and mat training. You’re also free to book private couples training classes, which run around $125 for an hour. 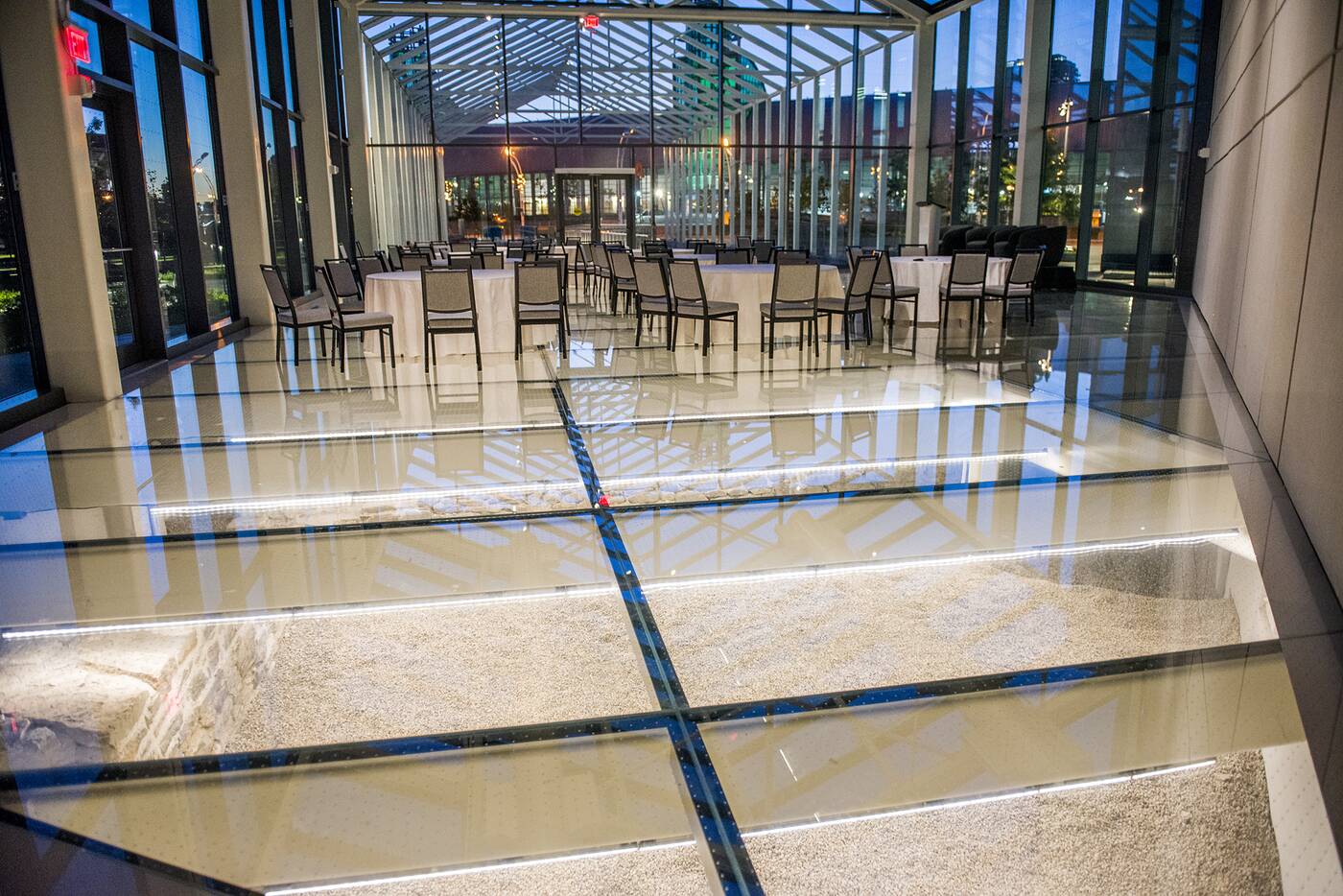 The base of the historical Stanley Barracks is visible through the floor of a special event space that connects to a huge plaza outside with a beer garden, capable of hosting some of Toronto’s most high-profile parties while preserving a piece of the city’s history. 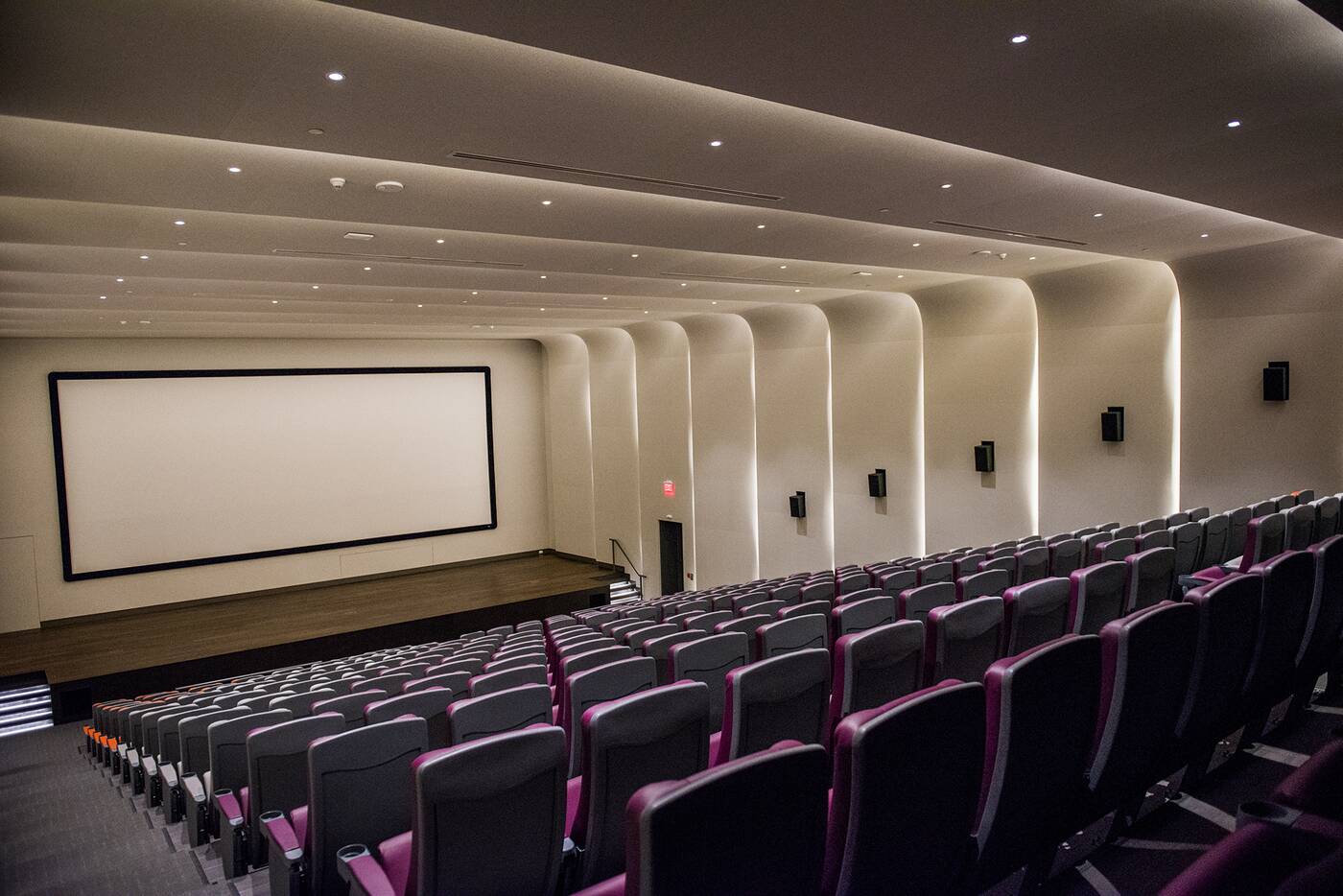 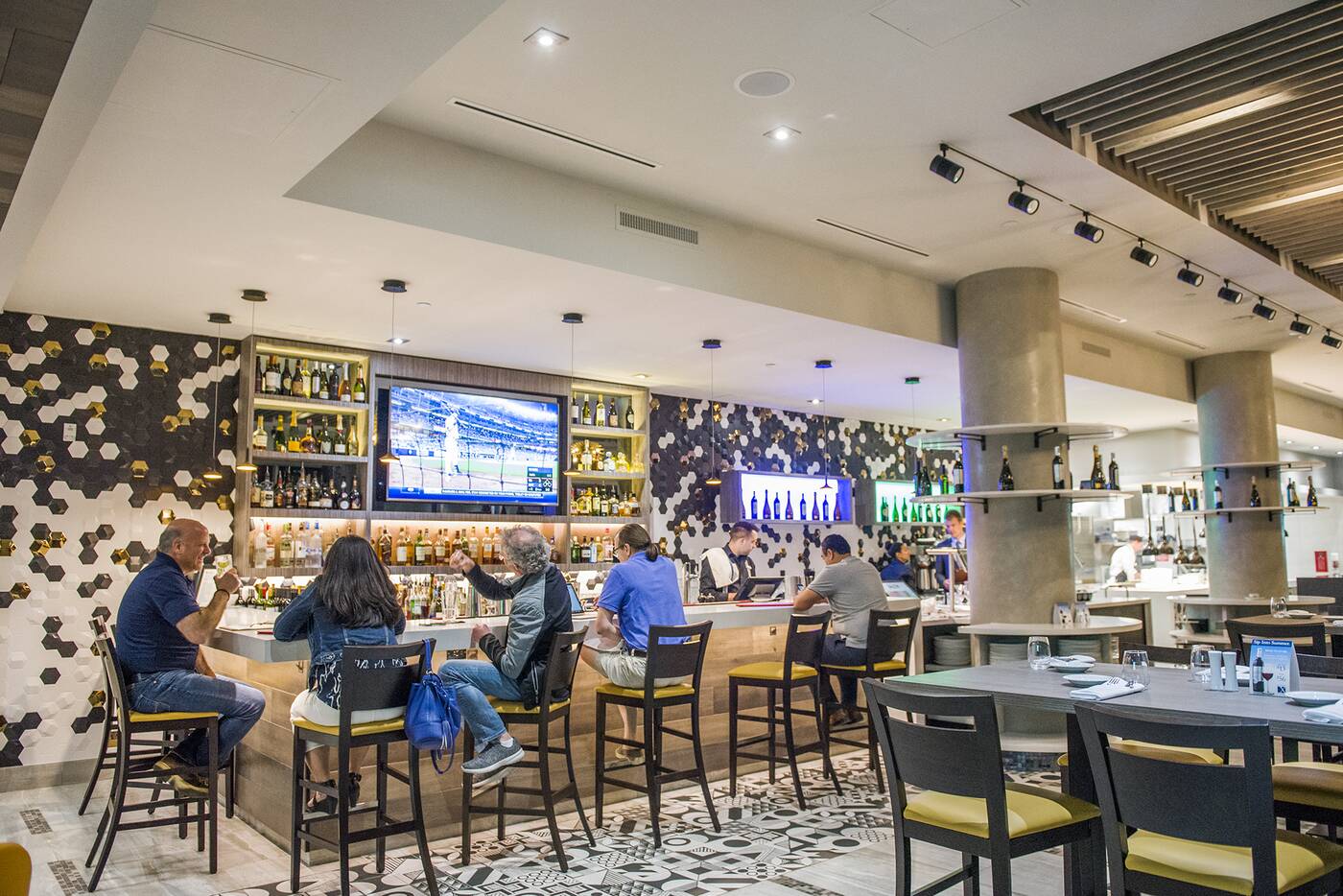 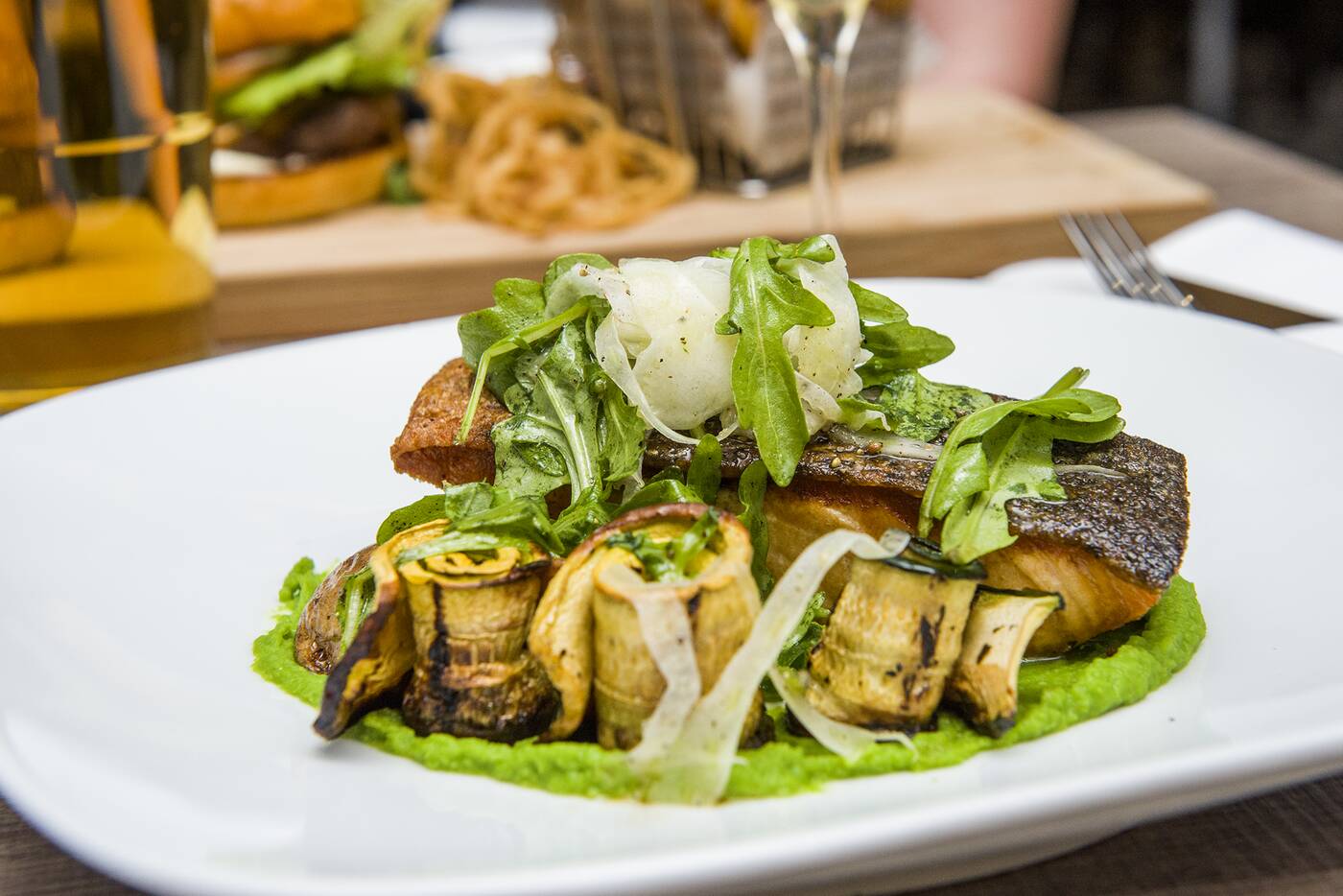 A seven-ounce East Coast pan-seared salmon fillet ($29) is nothing to write home about, but has a nice crispy skin and makes for a well-balanced plate with zucchini, fennel slaw, pea puree and roasted potatoes. 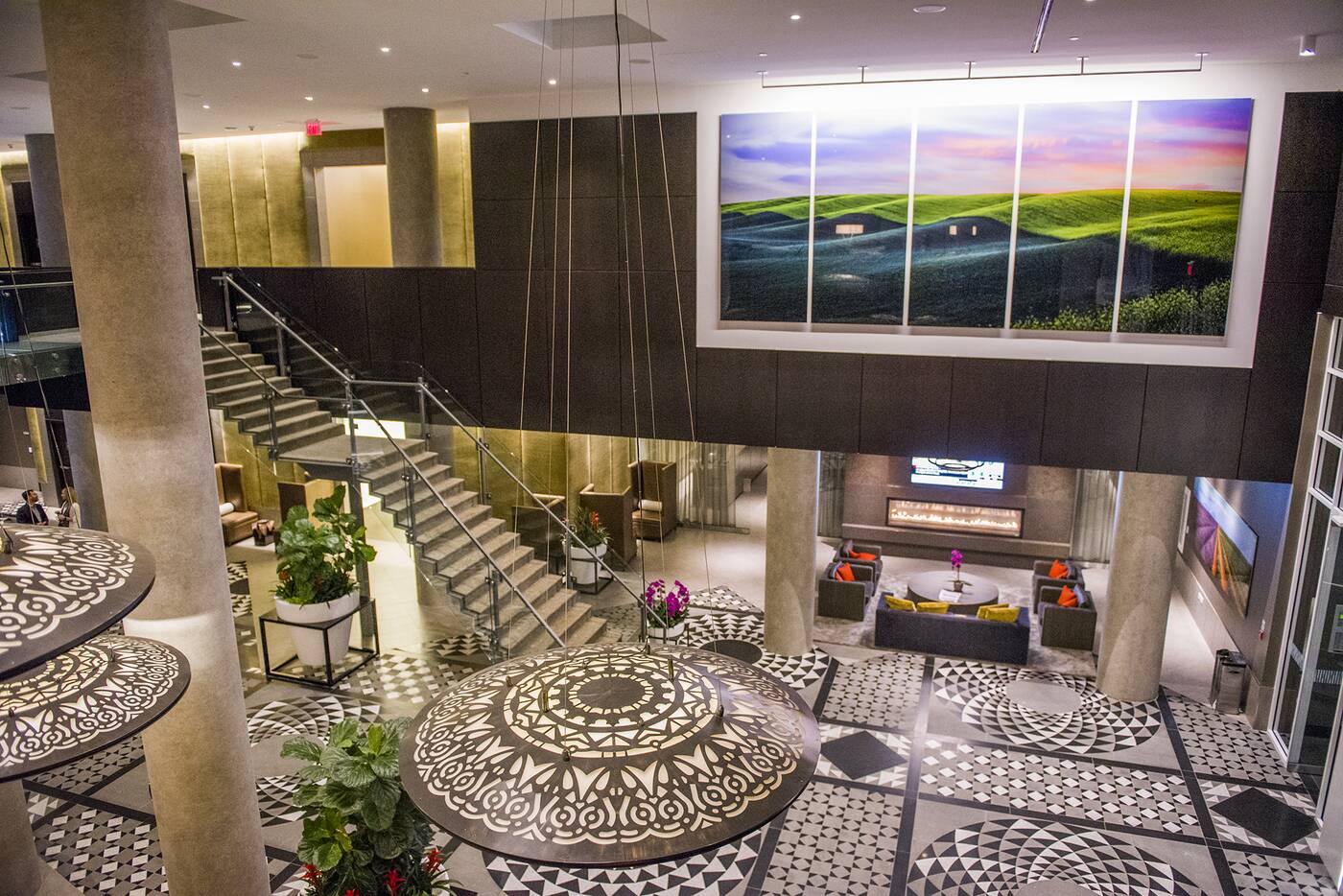 With far more to explore (like a 29th floor lawn open to the public), this mecca of hotels puts the Exhibition Place grounds on the map. 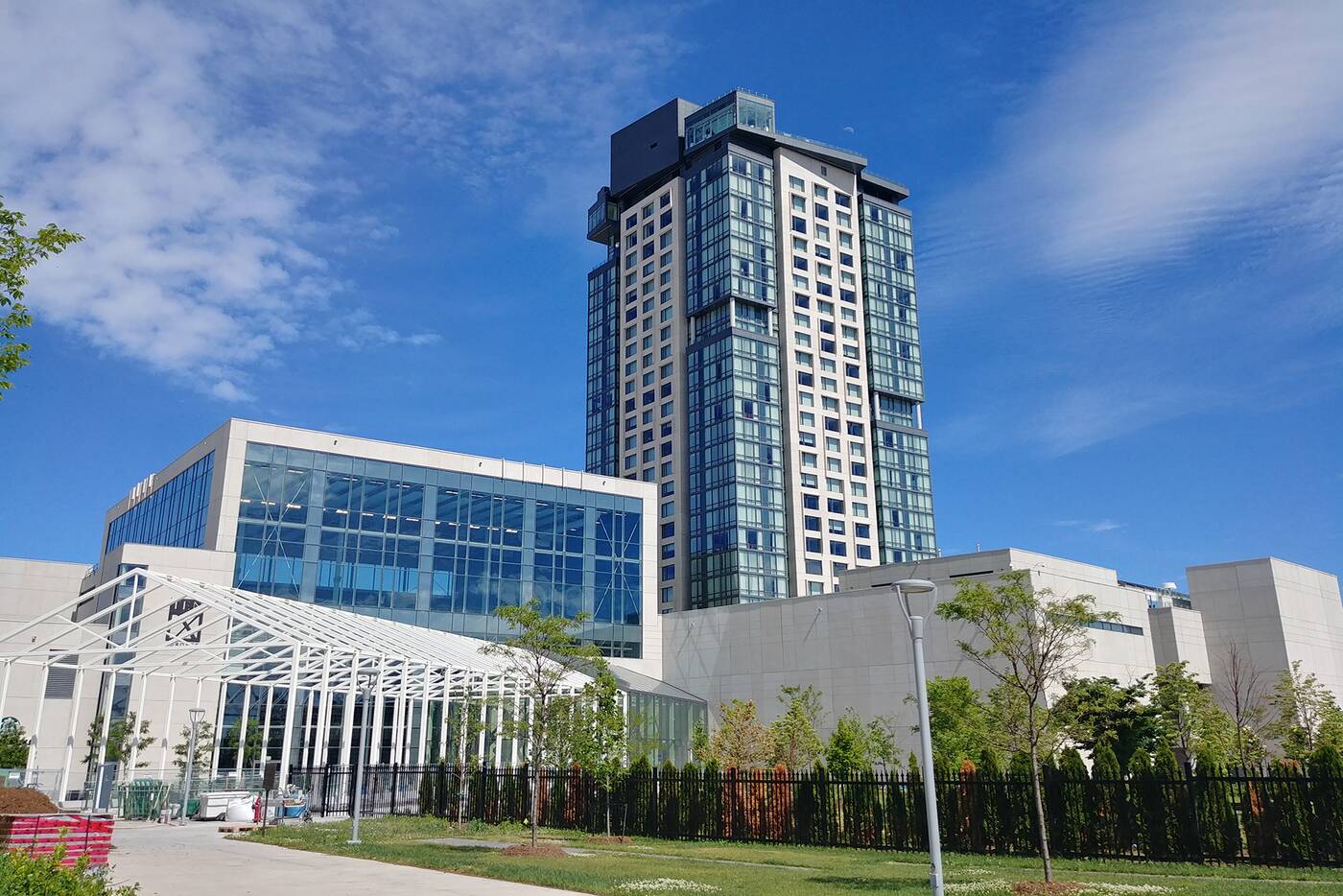