The St. Regis Toronto is the luxury hotel brand's first foray into Canada, having taken over the 65-storey building that was formerly the Trump International Hotel and Tower (and the Adelaide Hotel during the interim transition period) in the Financial District. 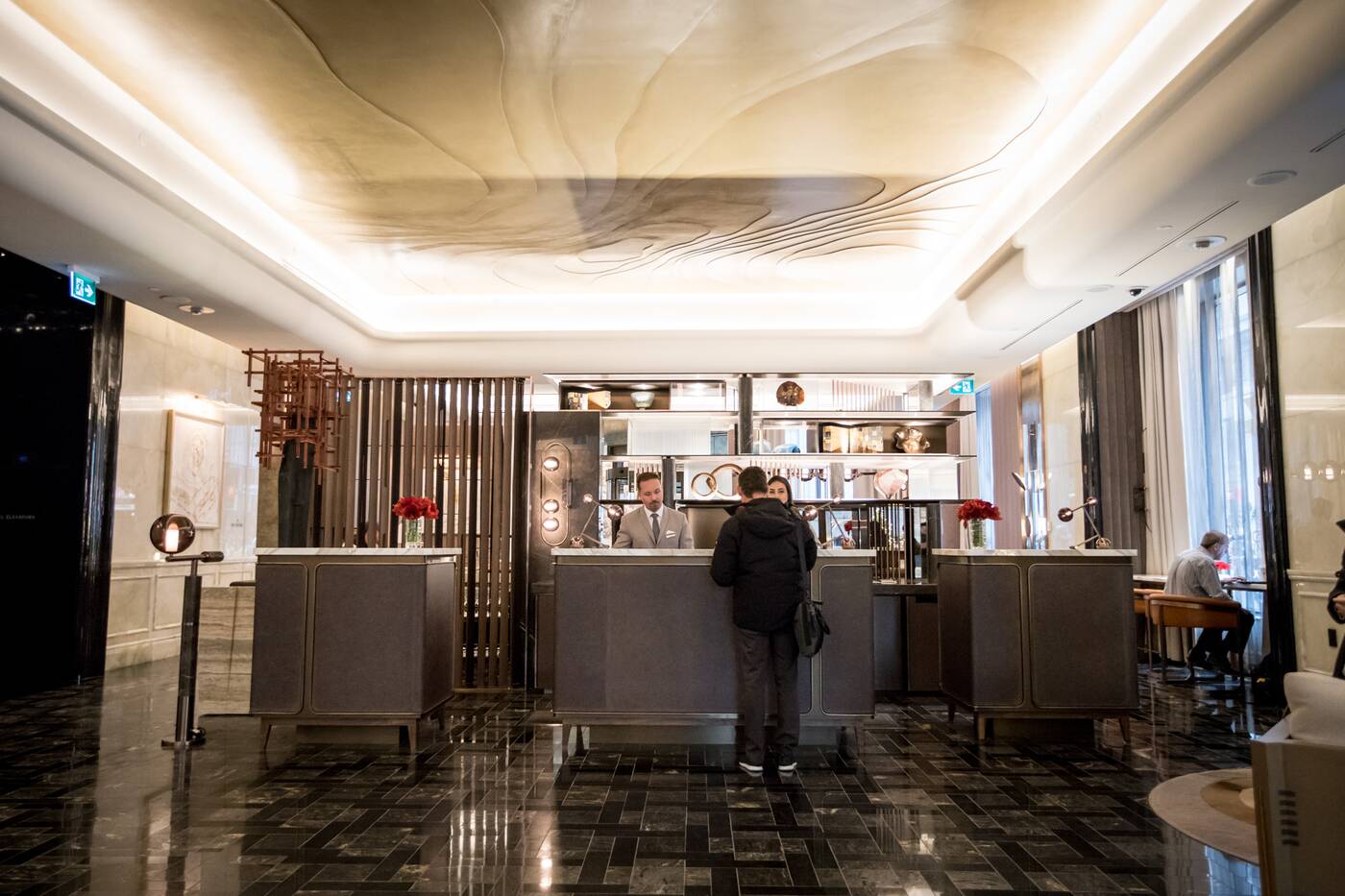 Renovations to convert the hotel to St. Regis standards included the ground-floor reception area and lobby, which were refreshed by the DesignAgency. 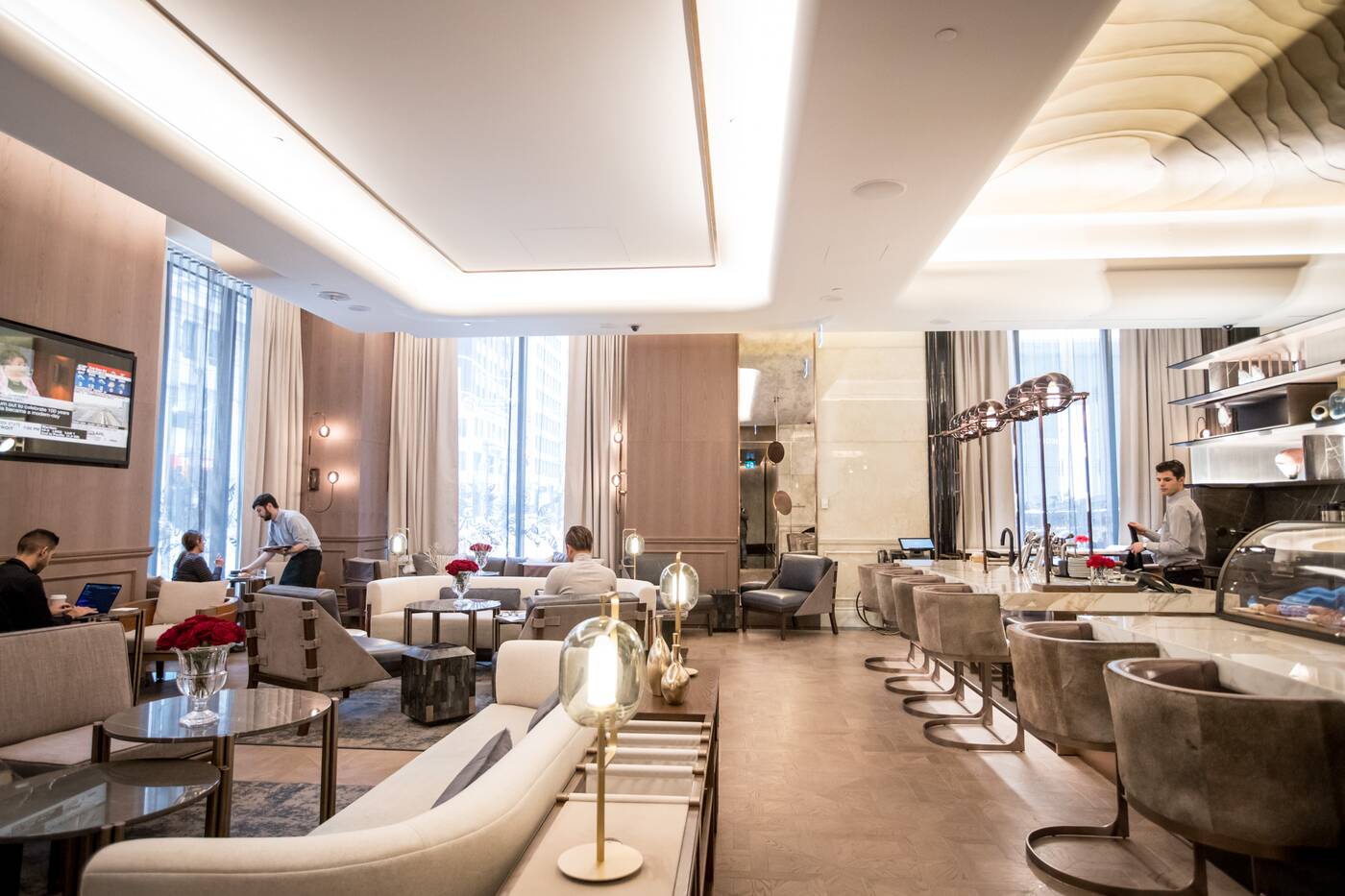 The Astor Lounge, which operates as a cafe by day and a bar at night, was also added to the ground floor. Like every St. Regis, it offers weekend afternoon tea service with a tea sommelier. 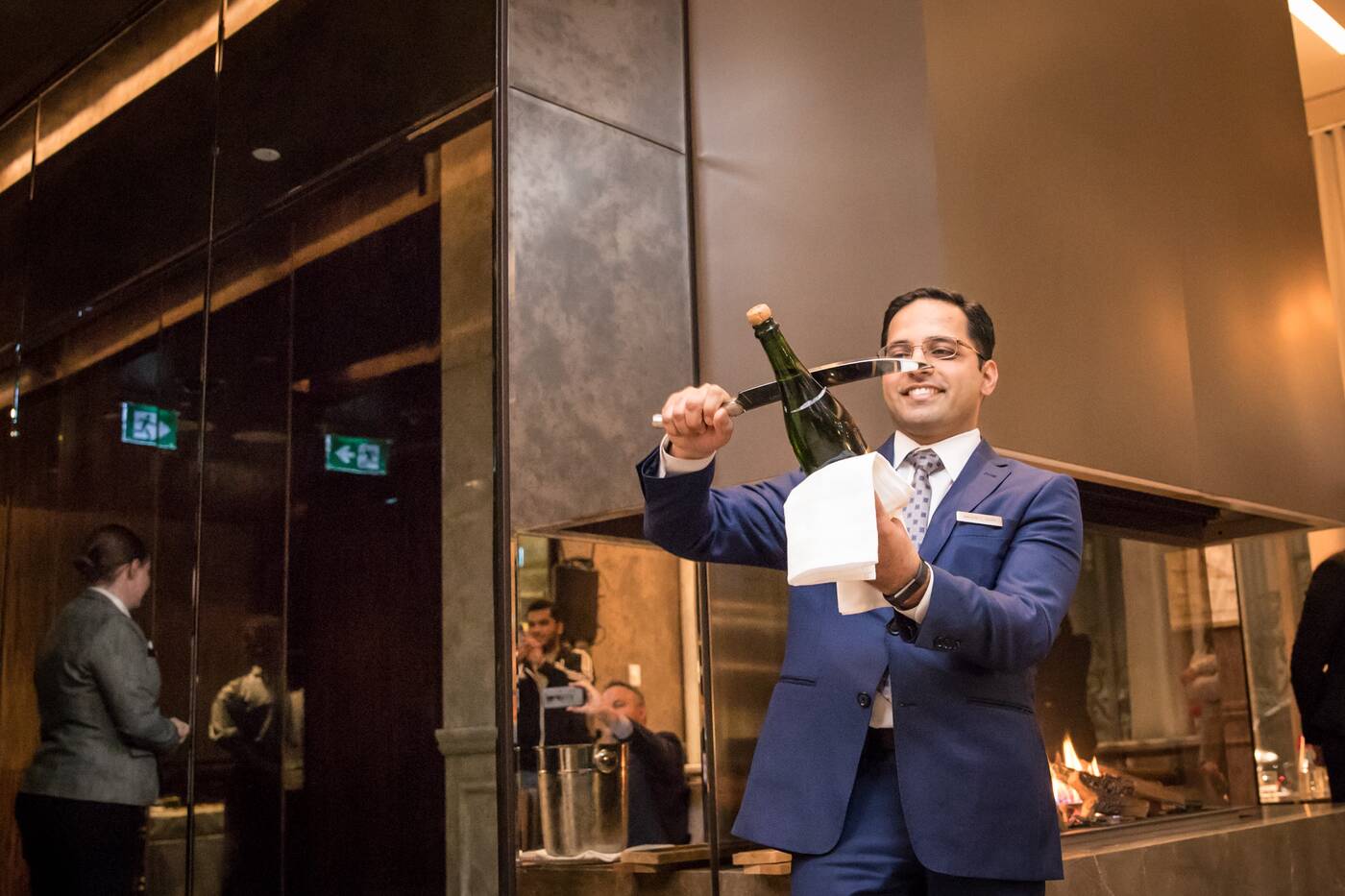 It also continues the St. Regis ritual of sunset sabrage (apparently originated by Napoleon), where a bottle of Champagne is sabered daily at 5 p.m. to demarcate the separation between work and play. 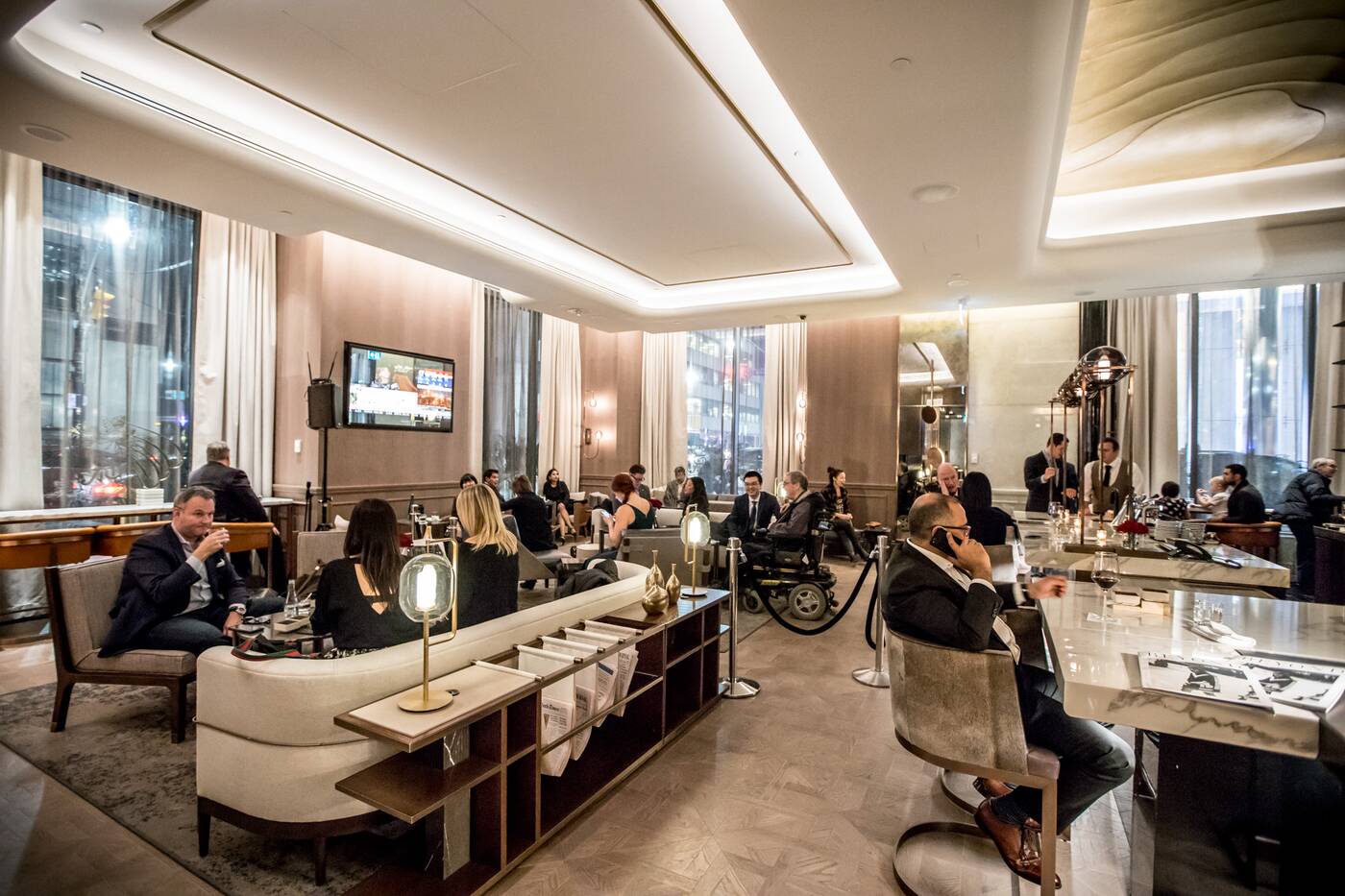 Founded in 1904 by John Jacob Astor IV in New York City, the St. Regis has a long history and many traditions, including something Astor's mother Caroline initiated called Midnight Supper, which takes place in Toronto at LOUIX LOUIS, the hotel's restaurant on the 31st floor. 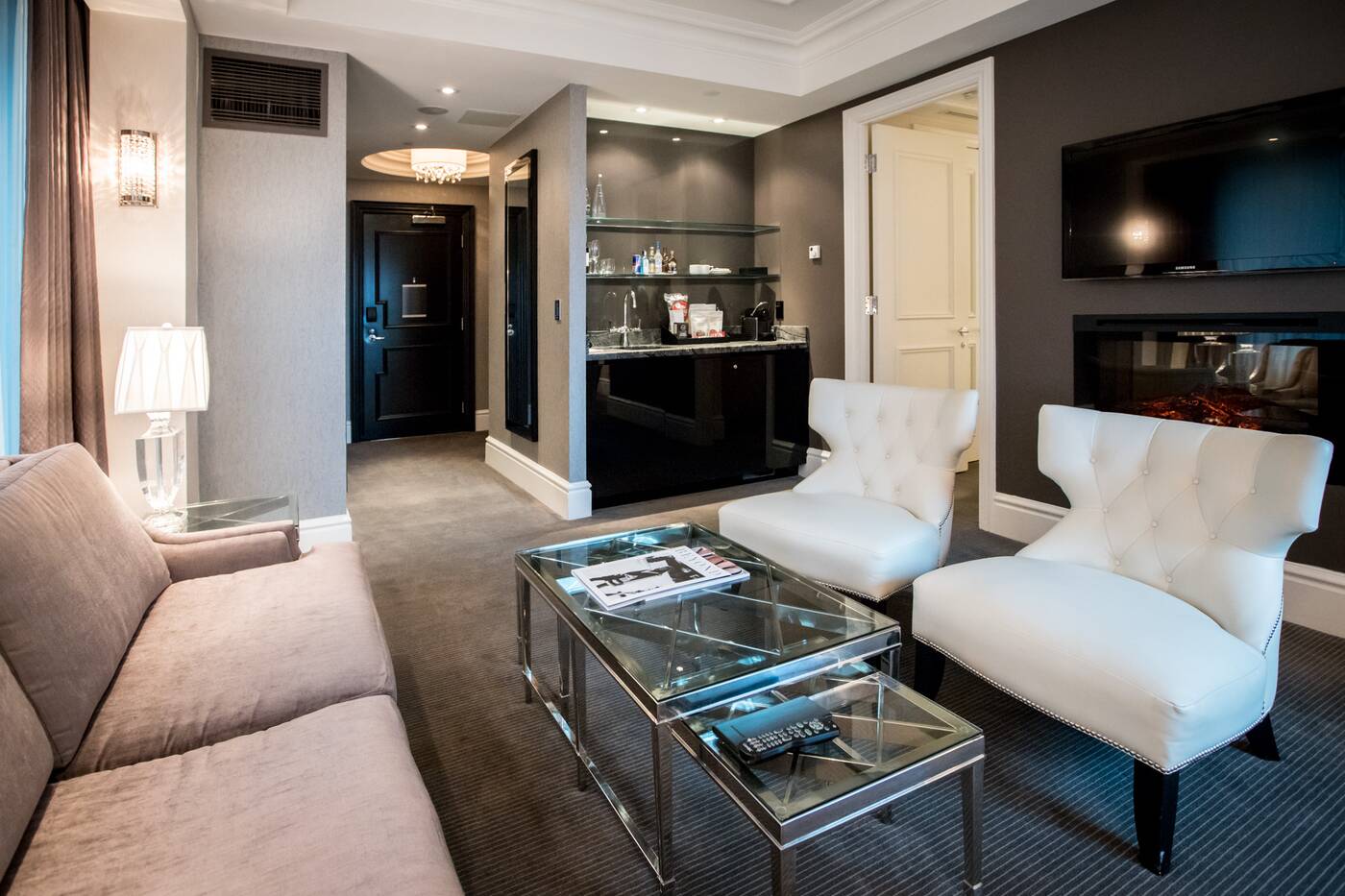 Out of the 258 rooms (starting from around $420/night), almost half (124, to be exact) are suites, making for the most suites of any luxury hotel in the country. 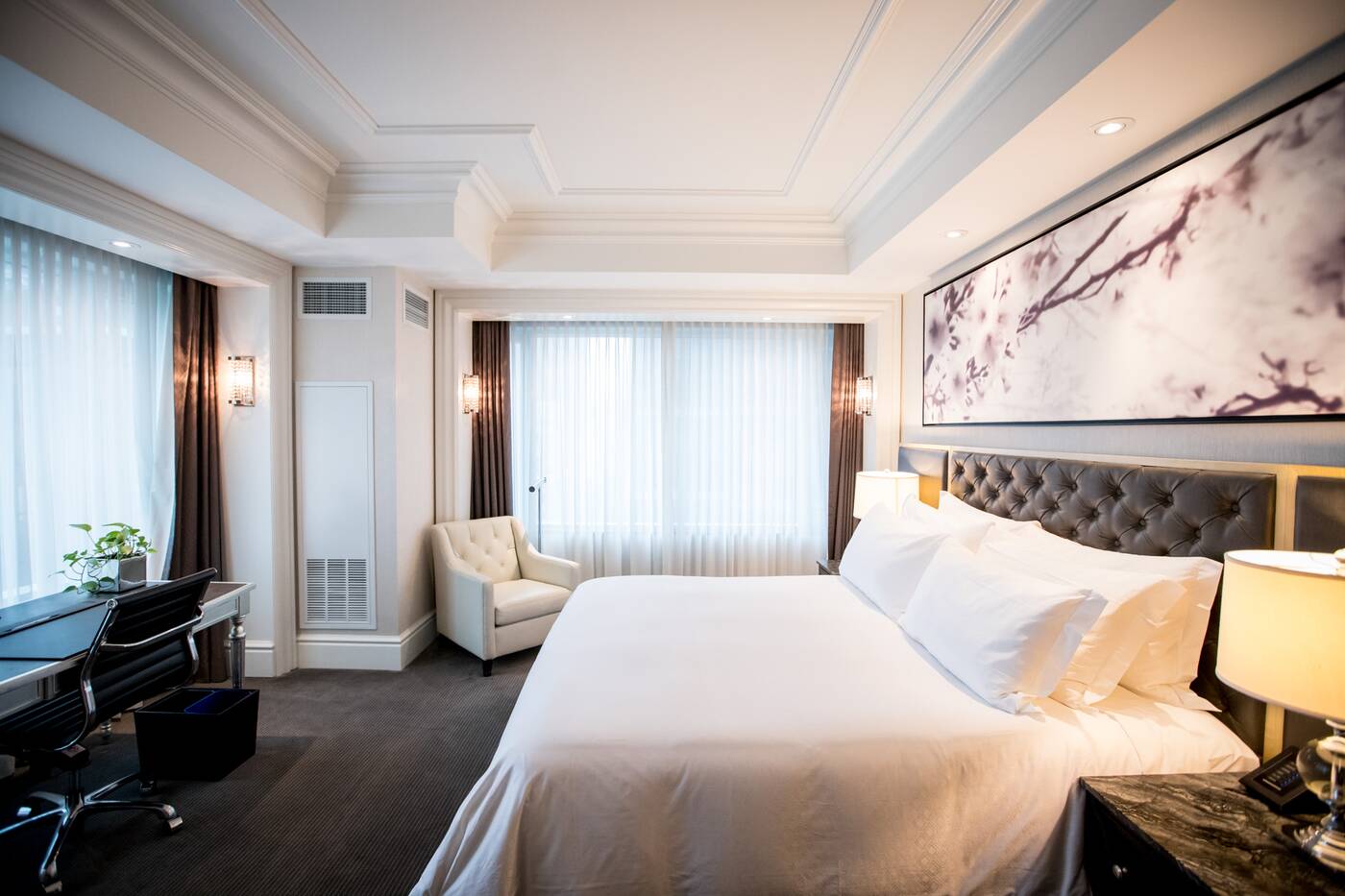 Guest rooms are also some of the largest in the city, starting at 550 square feet with its smallest standard room, while suites span at least 750 square feet. 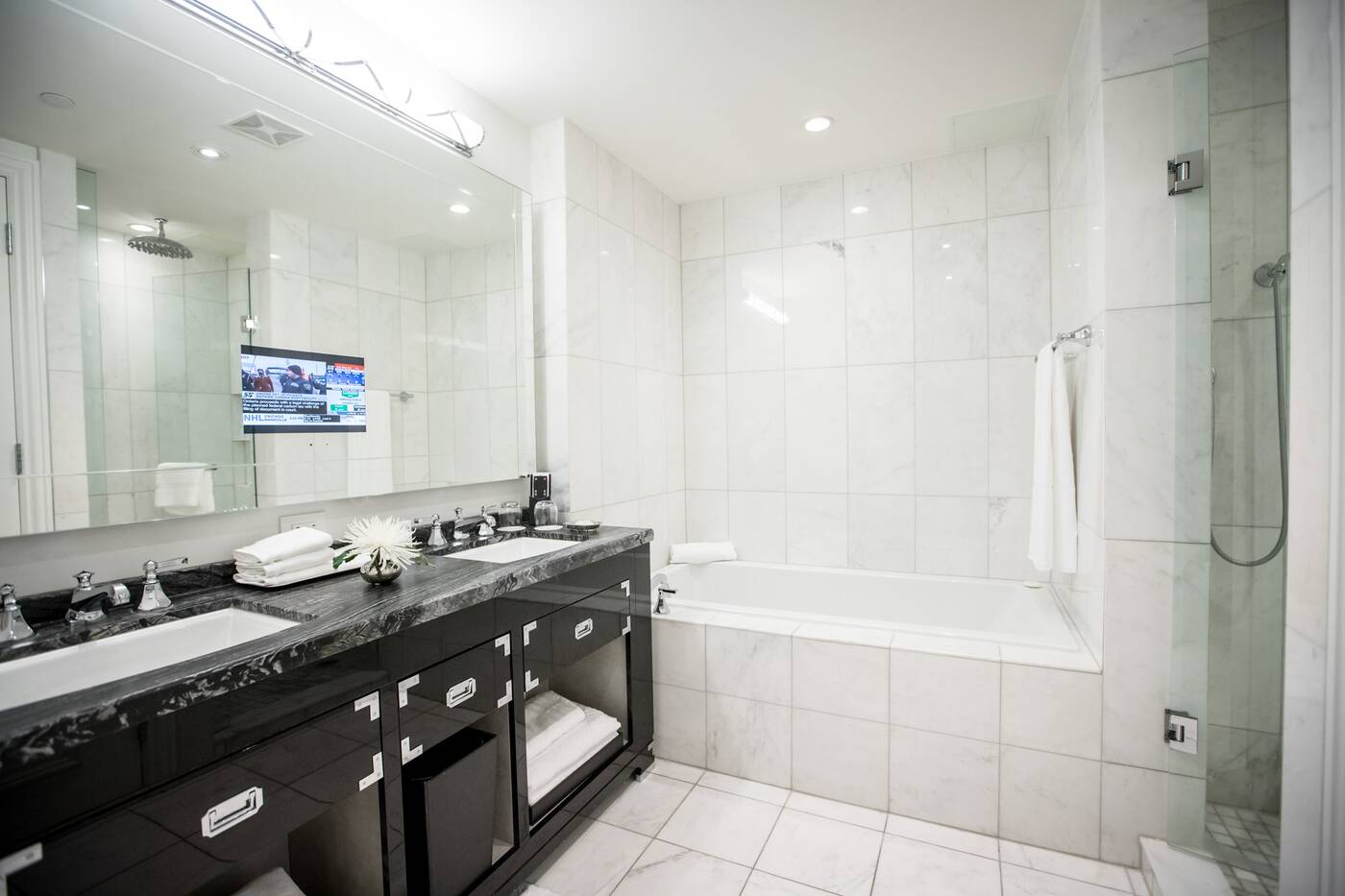 All rooms come with touch-panel controls, and each bathroom includes a rainfall shower plus a tub, along with heated tile floors and an in-mirror TV. Laboratoire Remède bath products are featured. 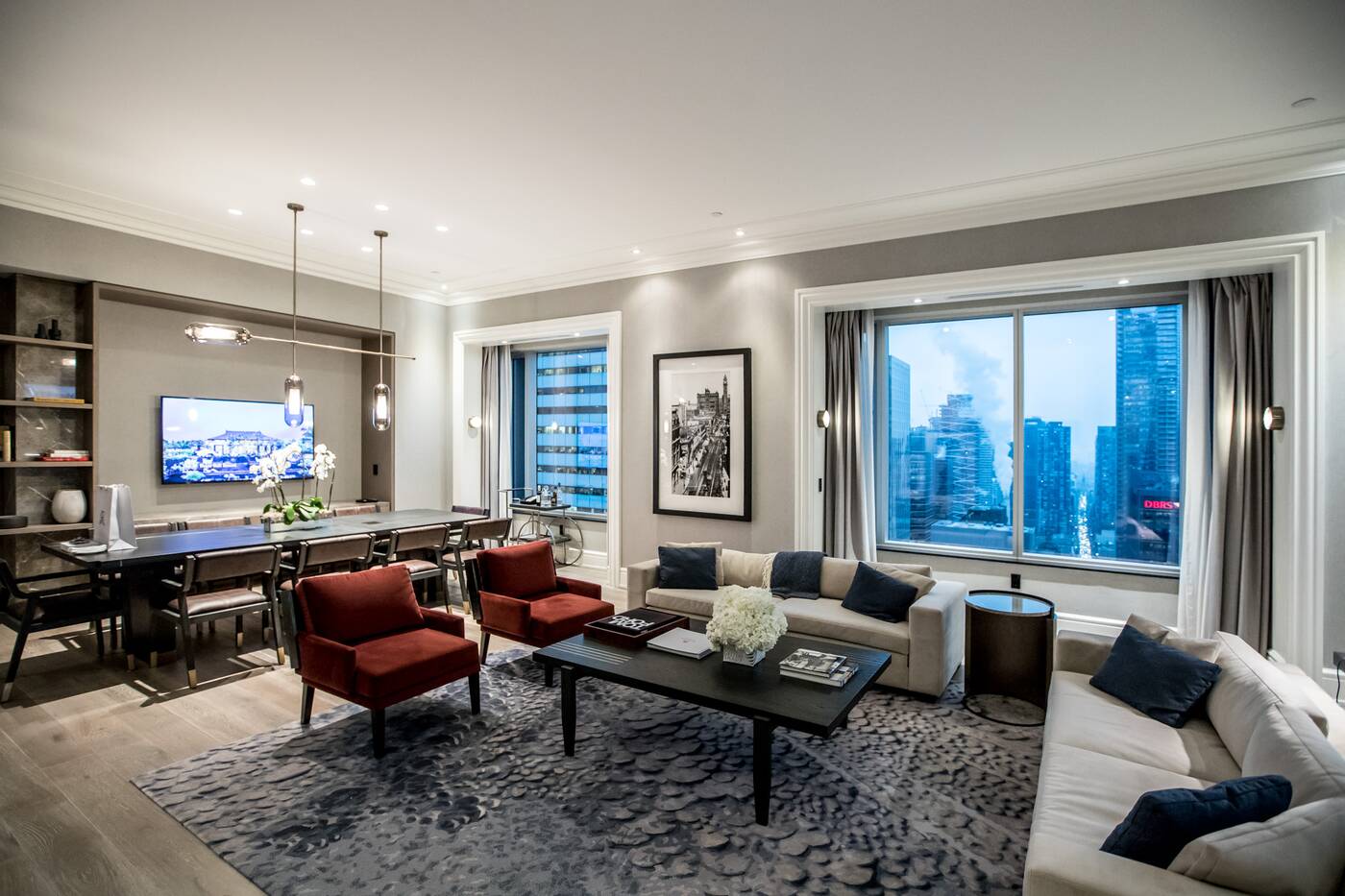 For those who really want to live it up (and have the money to do so), there are also two opulent penthouse suites on the 30th floor that were converted from what were previously corporate meeting rooms. 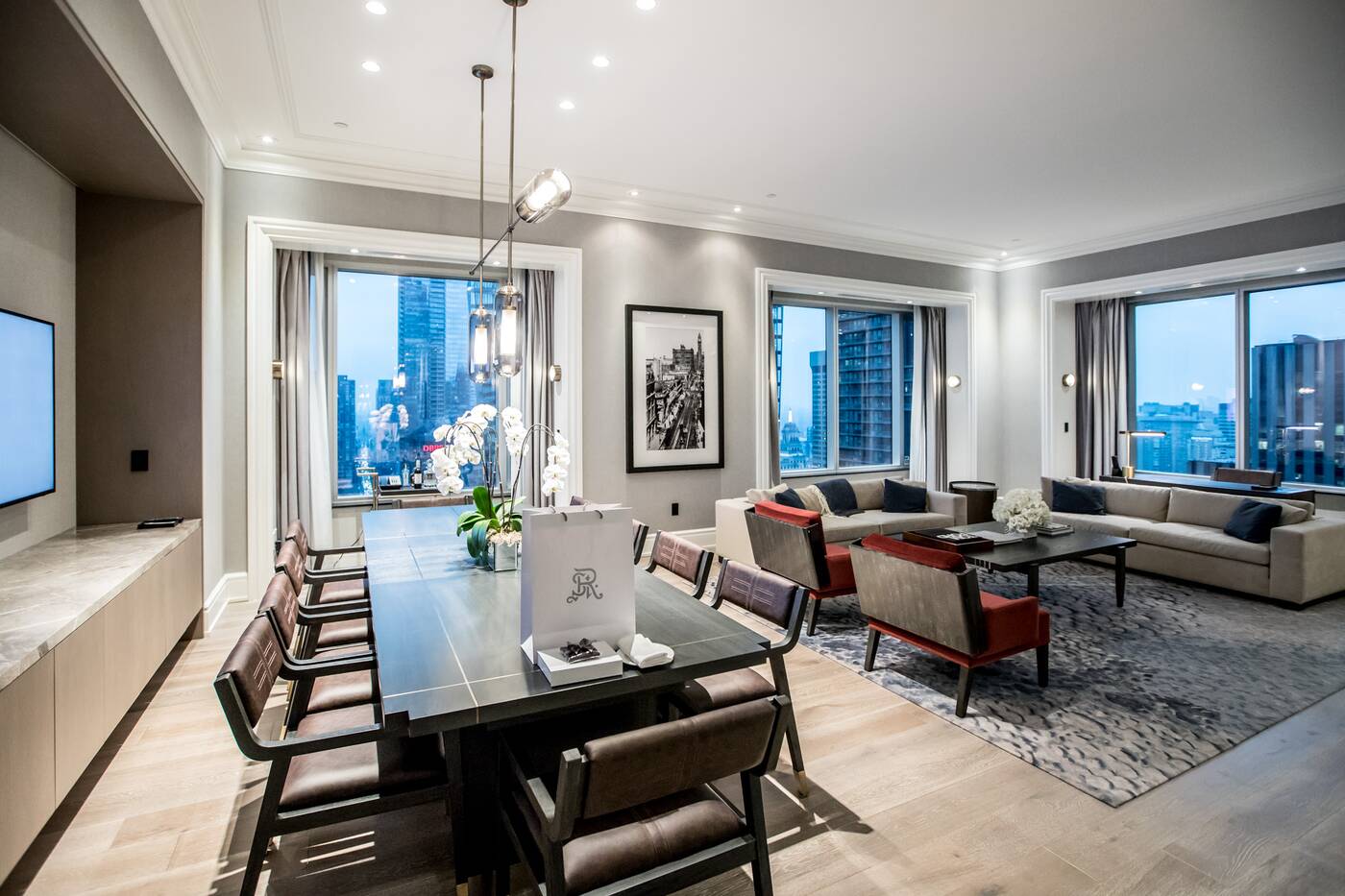 Both boast a full kitchen, a living room complete with dining table, and two bedrooms with luxe king-size beds. The master bedroom has a walk-in closet and a bathroom as big as my apartment; it's so classy, a chandelier hangs above the tub. Aesop toiletries set these suites apart from the rest. 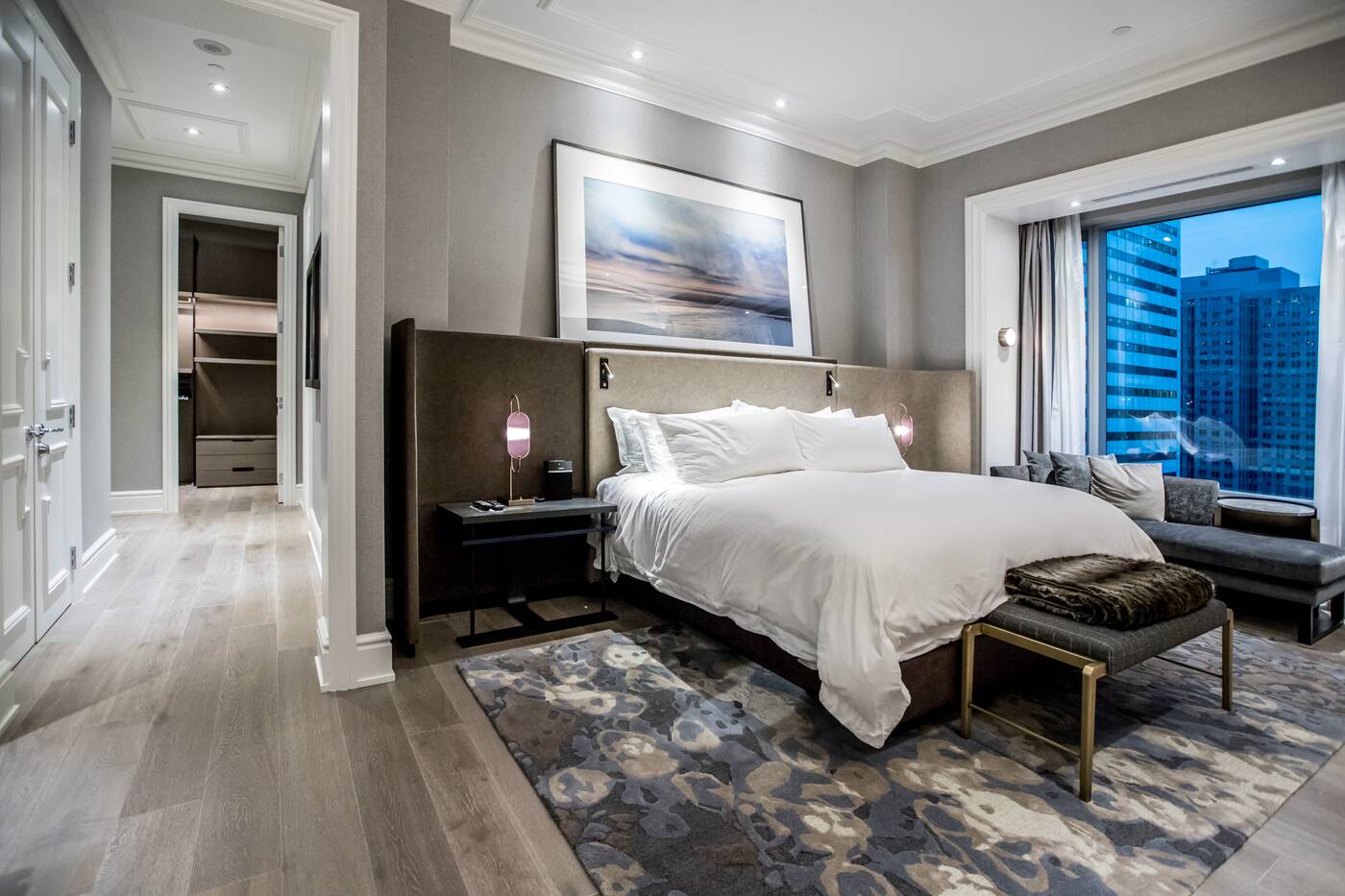 A signature of the St. Regis is its butler service, making life easier for those who can afford to stay here, but can't afford to waste time doing things like unpacking and packing luggage, pressing clothes or performing administrative tasks like making reservations or booking tickets. 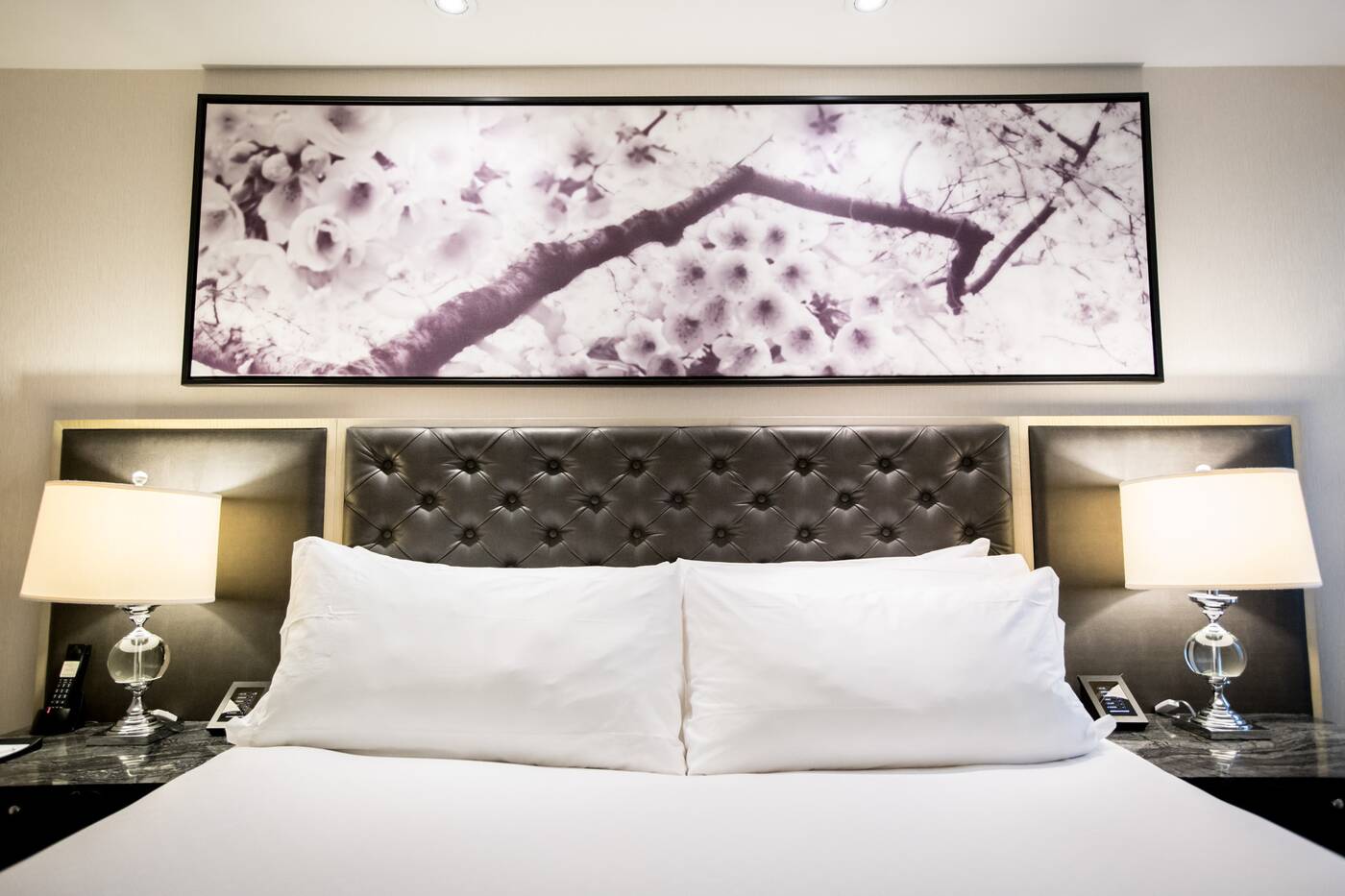 Butlers are on call 24/7, and aren't what I'd imagined a stereotypical butler to be like. I was envisioning an uptight British man named Jeeves, or someone like Mr. Carson from Downton Abbey, but the butlers I encounter are surprisingly relaxed and friendly, yet professional (and mostly female). 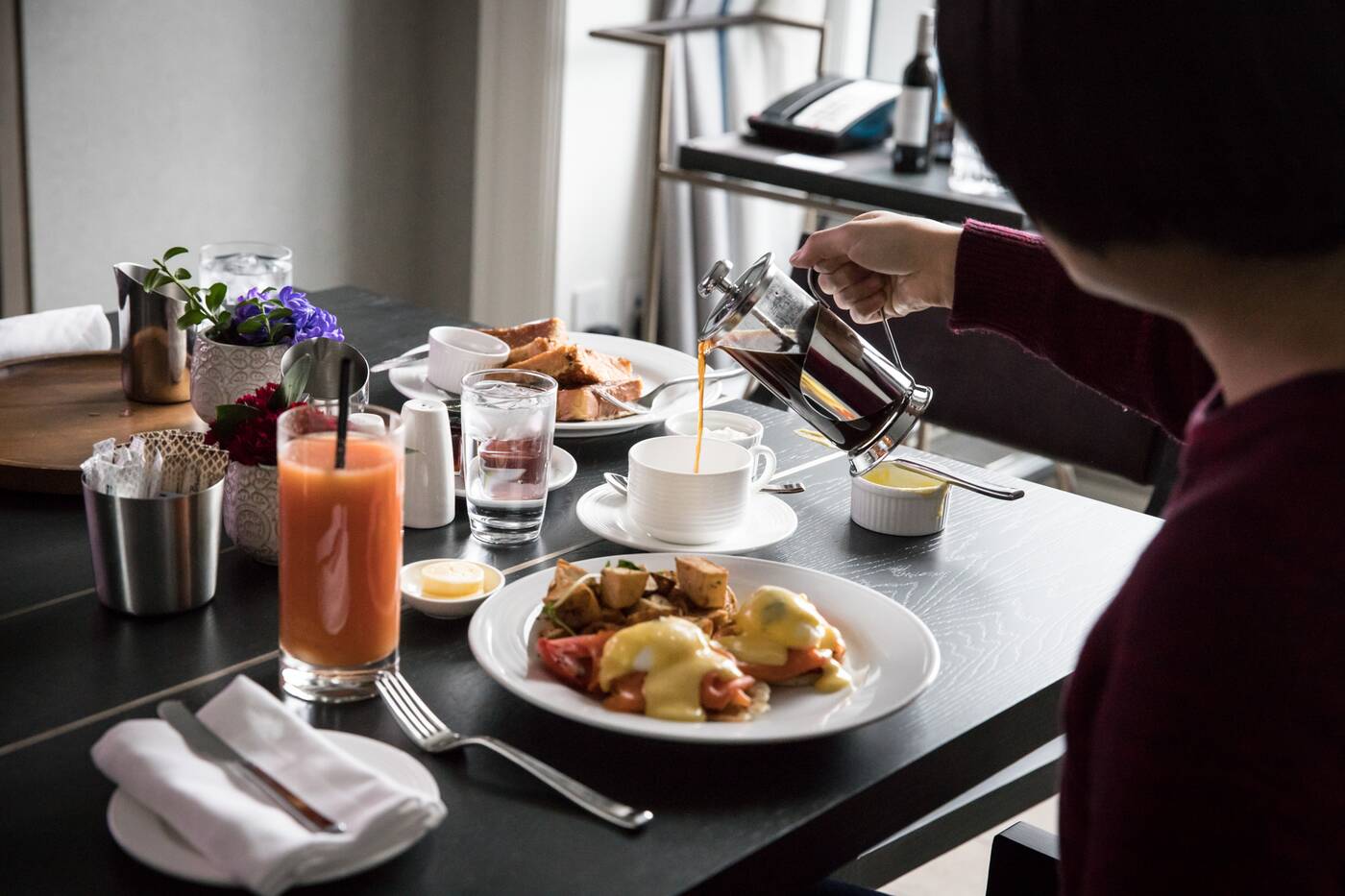 They'll arrange for your complimentary coffee or tea service and your wake-up call in the morning. Keeping things local, the hotel has sourced Pilot Coffee for its custom dark roast, while Sloane Tea has created special blends, including a floral Midnight Blossom signature tea.

My friend and I order room service for breakfast, and while it's definitely a bit of a splurge ($24 for smoked salmon eggs Benedict and $18 for brioche French toast), the food tastes pretty delicious and is worth the price of not having to leave the comforts of the suite. 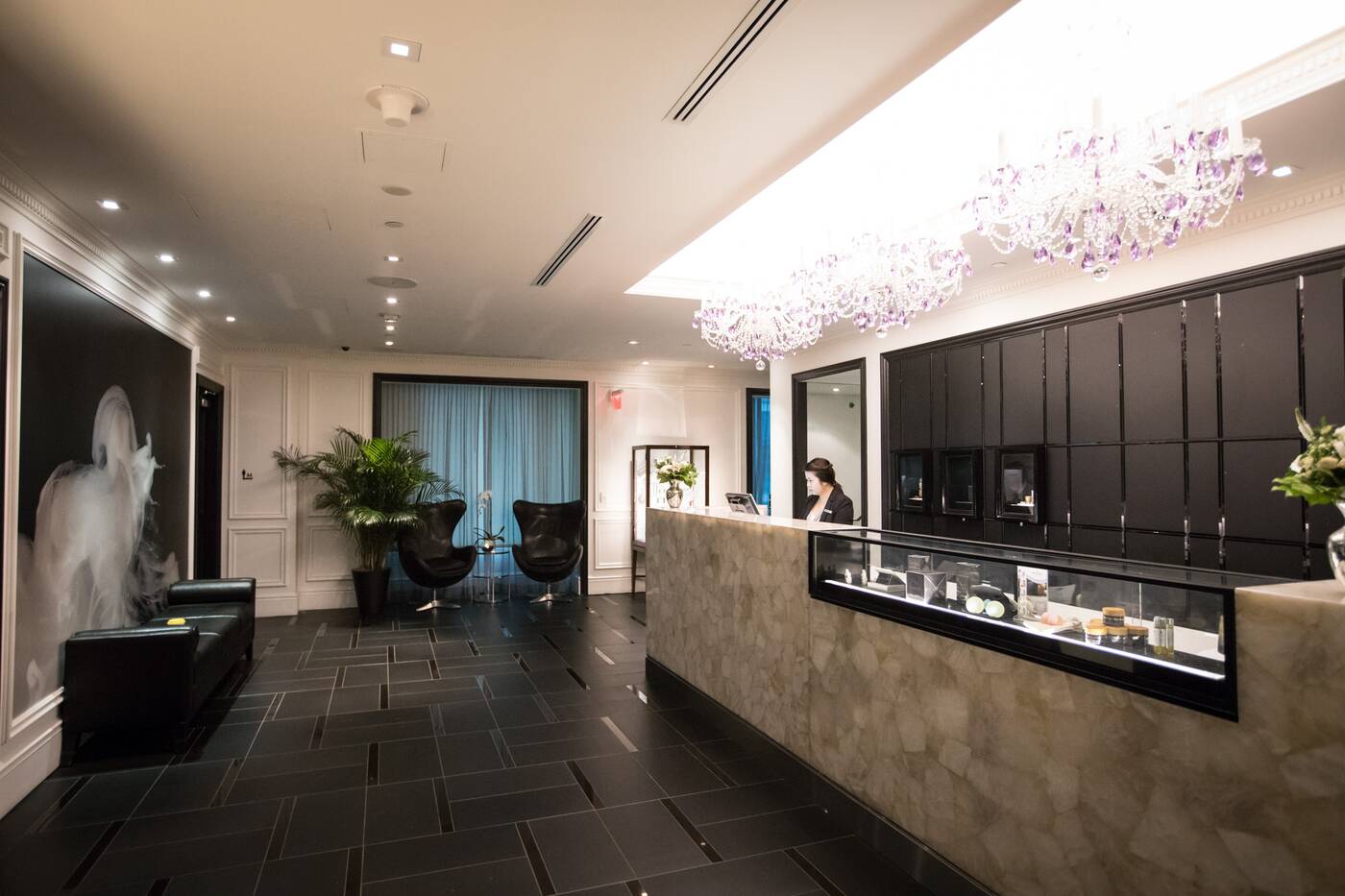 Across from LOUIX LOUIS on the 31st floor is the entrance to the two-storey spa and fitness centre, featuring an infinity-edge saltwater pool and whirlpool. 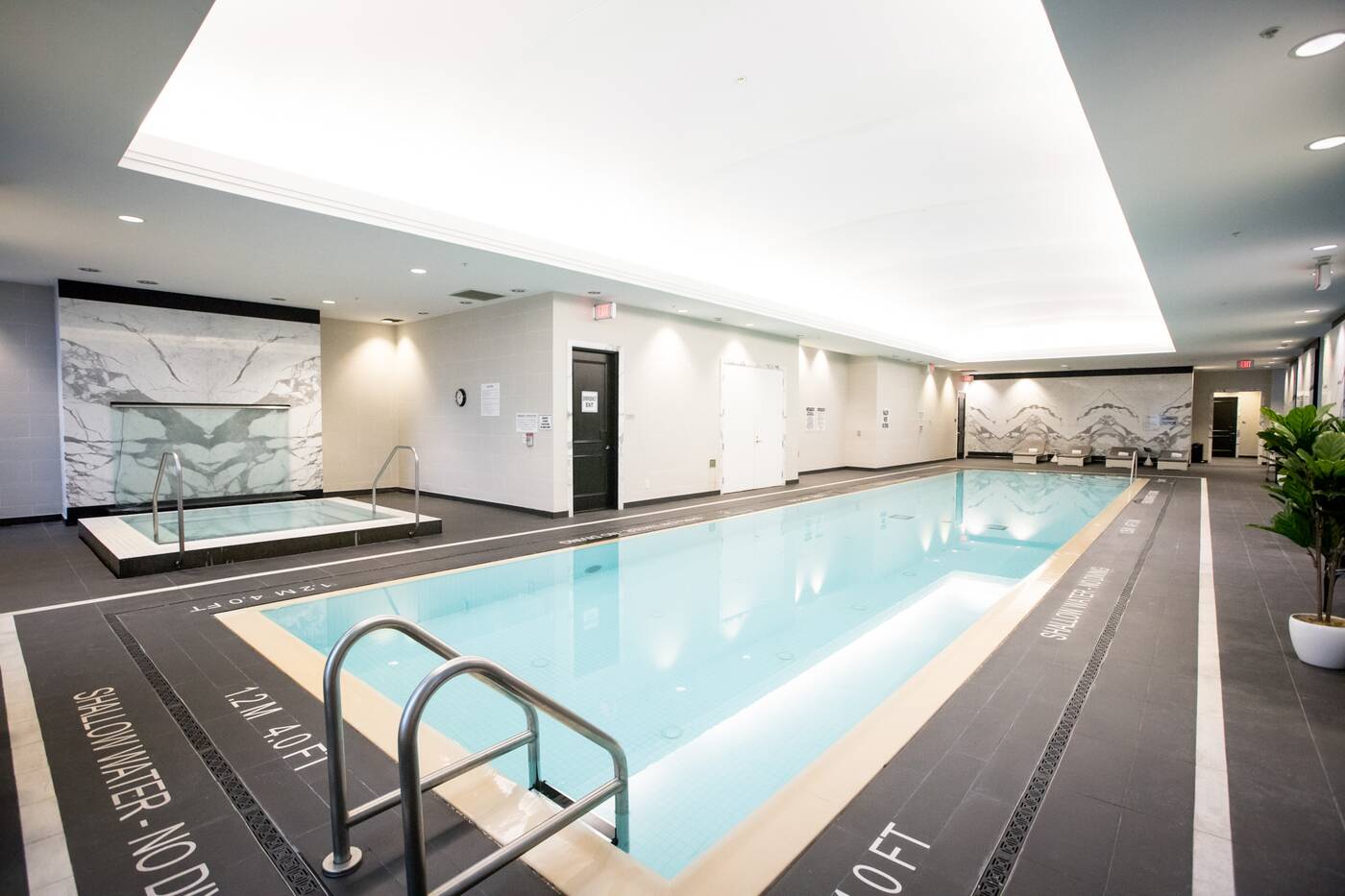 Most noticeable during my stay here is the first-class service; everyone is courteous, welcoming and helpful—always with a warm greeting, aiming to please. 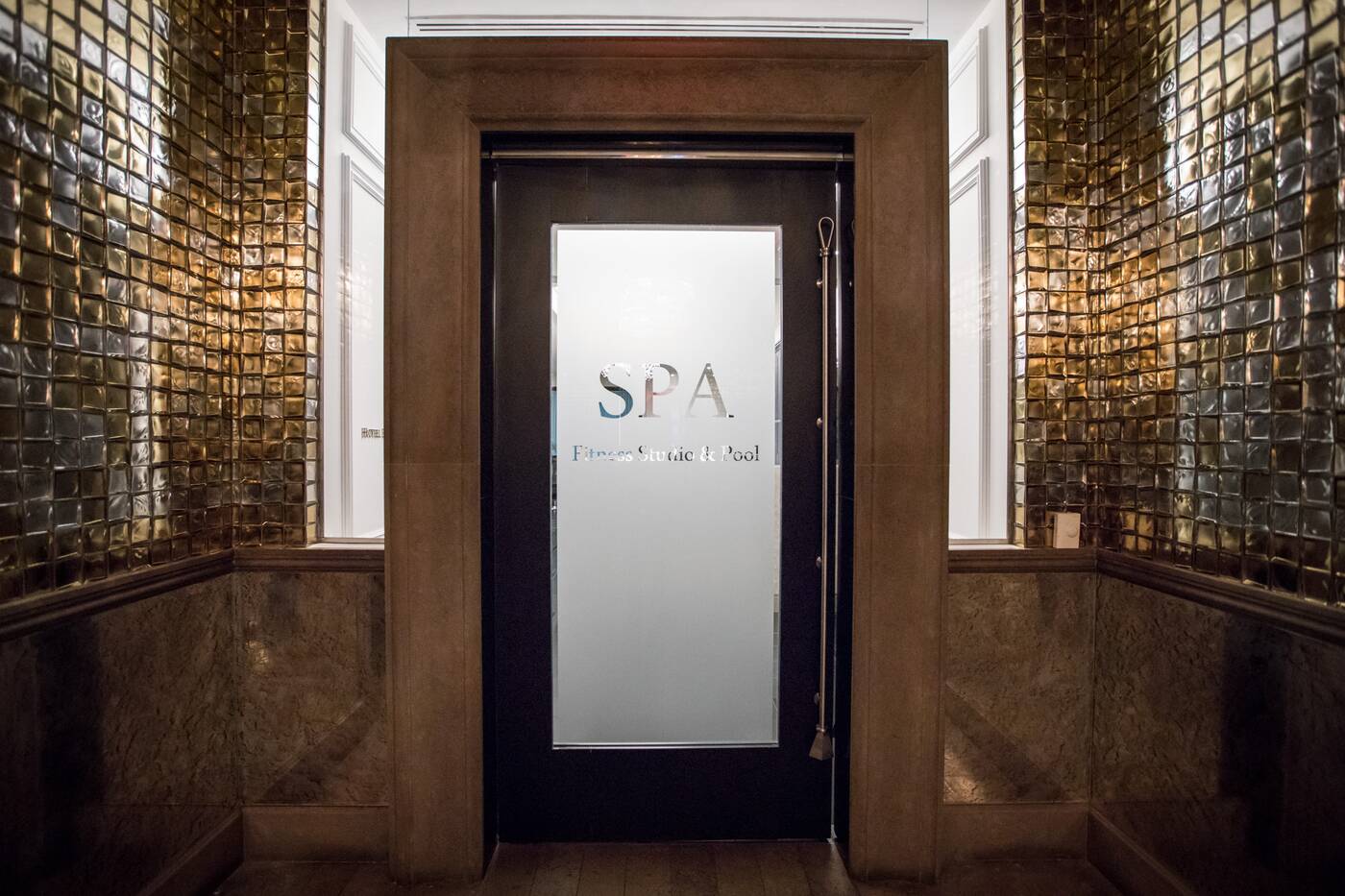 Overall, the St. Regis appears to be ushering in a more approachable, and less garish, glamour to this space that previously had a troubled past—for those who can afford it, of course. 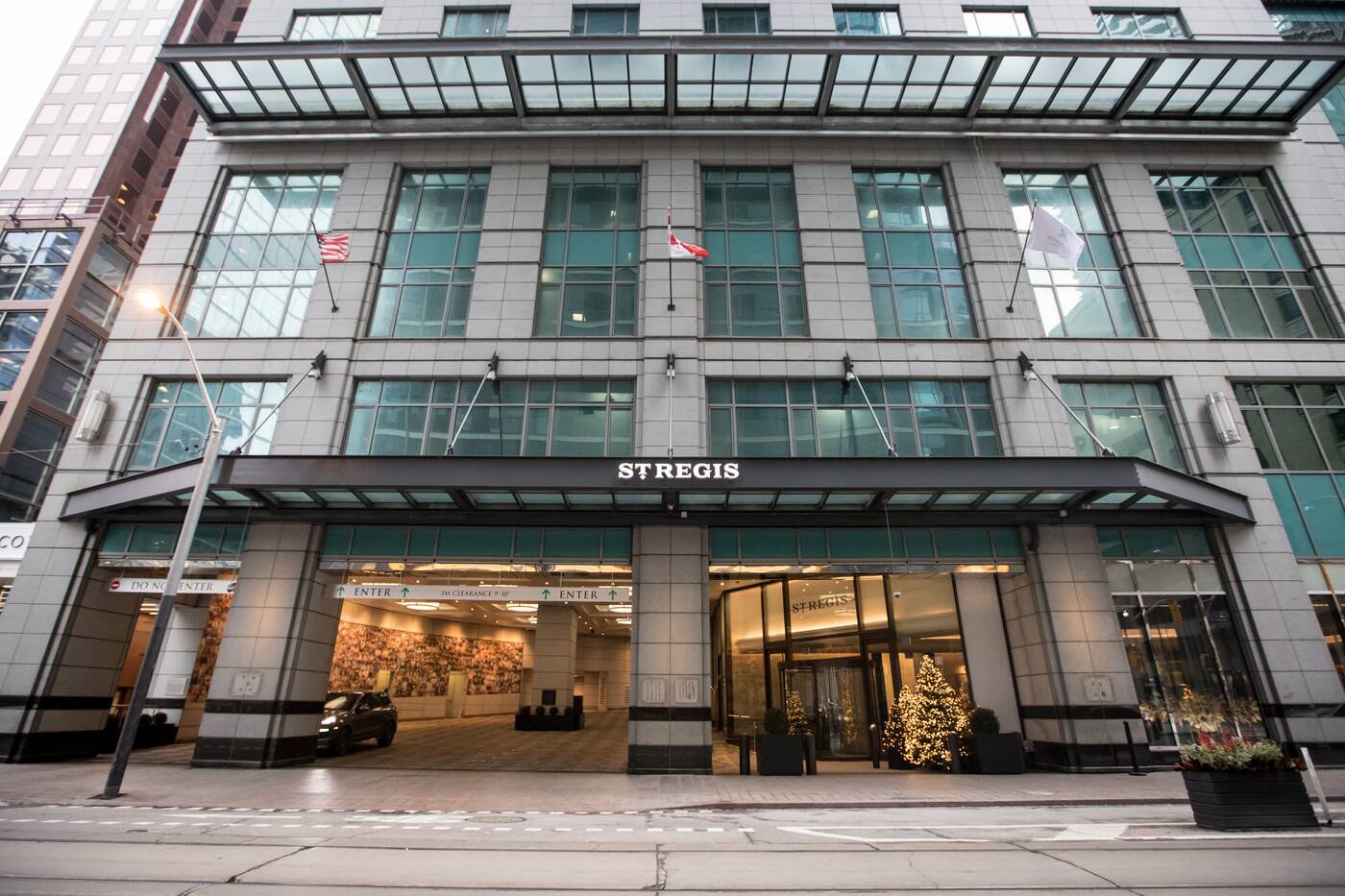