The Four Seasons Hotel is a deluxe urban oasis retreat smack in the middle of the trĂŠs chic and trendy Yorkville. Four Seasons makes good sense for the busy millionaire or those lucky enough to be able to indulge every once in a while (I fall safely into the latter).

After abandoning its concrete behemoth tower on Avenue that was built in the 70's back in March, the new Four Seasons is a stunningly glamorous building at the corner of Bay and Yorkville. In a (remarkable) contrast to the earlier Toronto location, the giant red fountain-like statue acts like a dramatic beacon assuring you that you've arrived, as opposed to the parking garage like feel of the first Four Seasons. 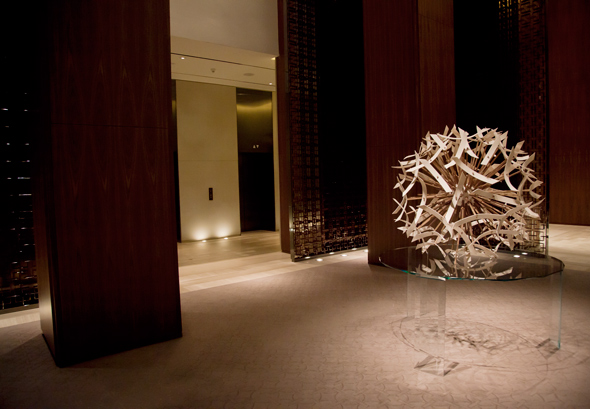 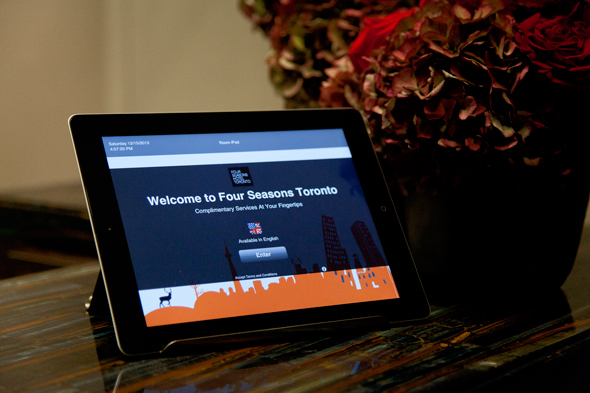 Once inside, while some complain they need a compass to navigate the maze like two storey lobby, we were impressed to be greeted by several staff ushering us to the concierge desk for a swift check in. The interior of the 55 storey, 259 guest suites and lobby is designed by the celebrated local designer Yabu Pushelberg . The solely residential 26 storey accompanying tower (and 100 more condos in the main hotel) is decked out by the Bay's leading man Brian Gluckstein . 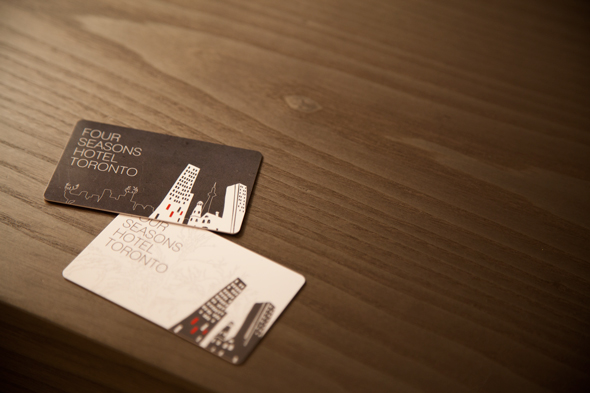 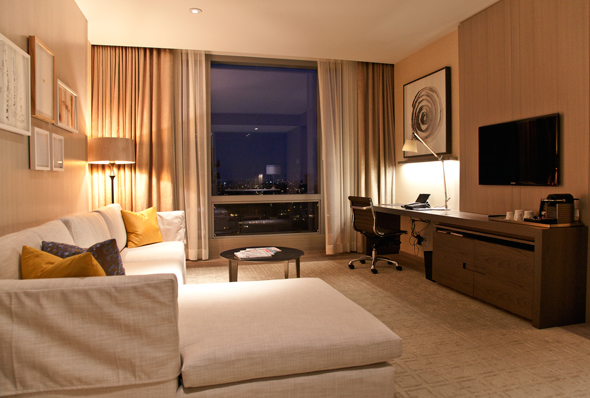 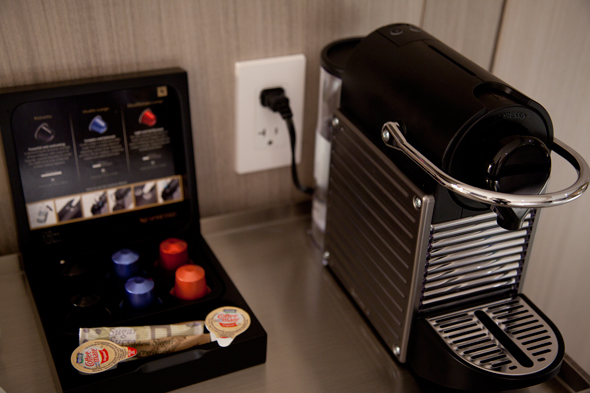 Our suite was an assortment of creams, beiges and neutral colours, a little bland, a little boring and a little safe, sort of like Yorkville itself. Suites ($649 a night) come equipped with two bathrooms (one full ensuite, with heated floors, a deep soaker tub and an in mirror TV and one small powder room with a tiny shower), a sitting area with a lounger couch, two Samsung flat screen TV's, an iPad and a nifty Nespresso machine. Bedrooms are anchored by a King size super sumptuous bed festooned with enough pillows to cause even the most civil to bust out into a vigorous pillow fight. 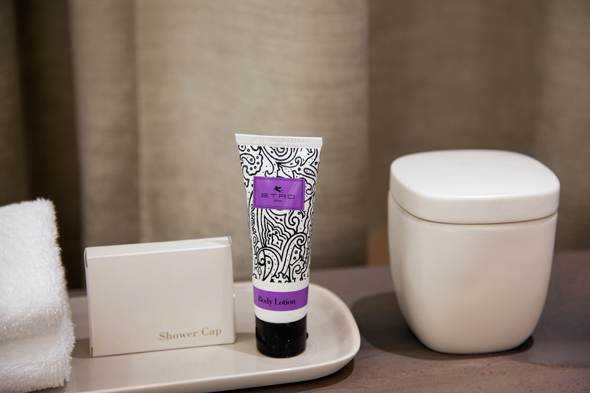 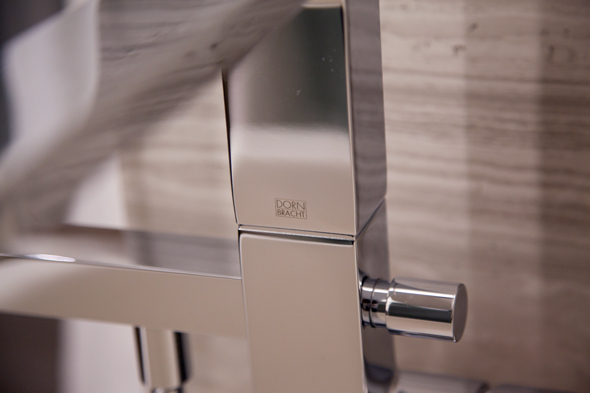 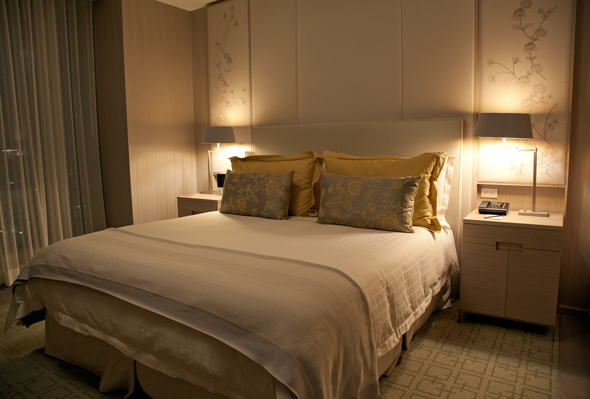 With a tempting (30,000-square-foot) state-of-the-art spa, a much hyped resto-CafĂŠ Boulud and more Canadian art than you can shake a hockey stick at the Four Seasons is more than just a hot property in an affluent part of town. It's an introduction to a new way of life in Yorkville.

Service wise, The Four Seasons goes above and beyond to offer all the comforts of home. And once you've exploited their otherwise good nature, (18 people is a bit of a tight fit) their security staff is actually quite charming when they're asking you to check out at

4:30am. A hospitality suite to the end, we were undeterred by their offer to bring our car around (and definitely in no shape to drive) so we opted to clear out the deluxe mini bar with excellent results. While the security staff did make another brief appearance at 6am

imploring us to pipe down, we were treated with the utmost respect and with not a hint of discord.

While we may not exactly be welcomed back next time, we were treated graciously and kind through our walk of shame through the attractive (and somewhat disorienting) lobby.

The Best Luxury Hotels in Toronto