Snowball Gallery & Workshop sits unassumingly at 1690 Queen Street West, on the edge of Parkdale and at the foot of Roncesvalles . Even from the outside, the gallery is far from intimidating, which has a lot to do with its director and founder, Alison Snowball. Alison is laid back, friendly and open -- and she's also a former stock trader who worked in the Financial District before opening up Snowball Gallery & Workshop.

The economic crisis hit many of us hard, but those who worked in the financial sector were -- obviously and sometimes rightfully -- hit just a little harder. No slouch when it comes to facing obstacles head on, Alison decided to use the new-found freedom from her corporate job as an opportunity to explore her passion for visual art. 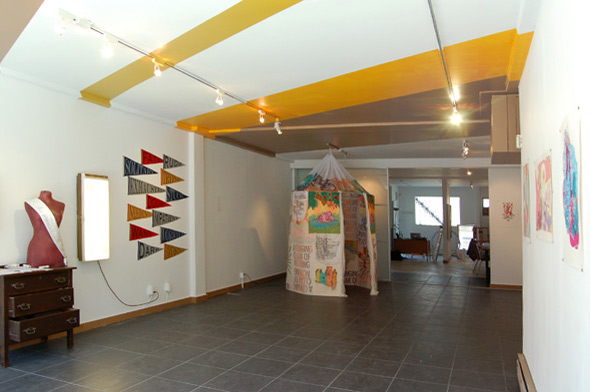 Alison has taken photographs off and on since high school, but she's also a painter and a general arts enthusiast. Her appreciation for all things artistic is reflected in her gallery's mandate, which "aims to foster and showcase contemporary art in all its forms . . . driven by a desire to enable and collectively cultivate the artist in all of us."

Her shows to date also reflect this mandate. The gallery has been open since December, and since then, it has played host to photography, graffiti, installation and print works. Ideas for future shows abound: a painting exhibit where the only requirement is that works displayed be painted on anything but canvas is just one possibility that Alison threw around when I met with her at the gallery. 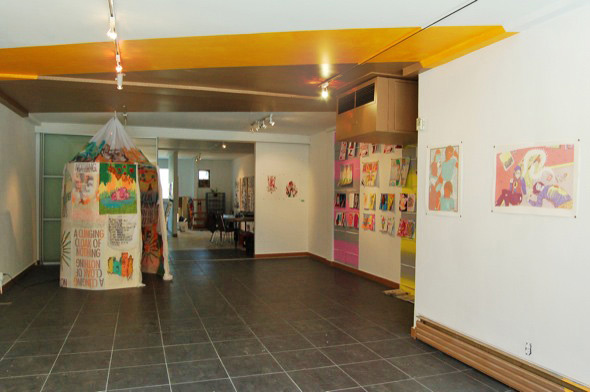 The gallery is raw, both in the sense that it's a new art space in Toronto's west end and because the impetus for its beginnings came from a fork-in-the-road decision on the part of its founder. The opening of the gallery also coincided with an illness in Alison's family, and, without getting specific, the space has already served as a canvas for her to deal with the depth of emotion that wells up when one faces personal hardship. 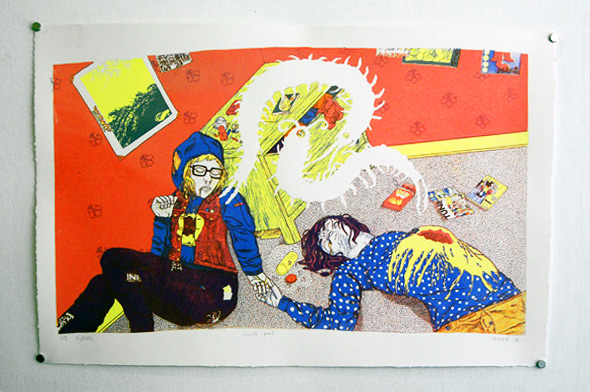 There's a workshop at the back of the gallery that allows Alison to work and create, which is also used as a public space so that the whole community can benefit from the gallery's layout: a small but bright gallery space at street level.

The space used to be a furniture shop, and when Alison found it, she knew the natural division between the front and back spaces could be put to good use. Decked out with a turntable and vintage records, Snowball also has much potential for operating as a spot for art openings.

Workshops are either free, PWYC or cost a minimal materials fee, and workshop themes are tied to whatever is being shown at the front of the gallery at the time during which the workshop is held. 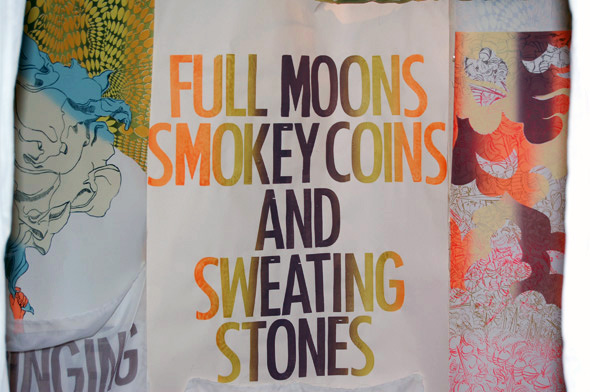 When street artist SECTR showed in February, he led an urban canvas workshop where he taught basic graffiti skills, colour theory and letter structure. Participants were able to display their finished canvas at the front of the gallery for a limited time if they so desired.

It's this commitment to community involvement that makes Alison's spot so appealing. It's anybody's guess on what the future holds, but Snowball is making a positive impact on the arts community right now by being inclusive and open, and that's something to be proud of.

When asked where she sees the gallery in five years, Alison was open to almost anything. As long as she and her board of directors are participating in a creative dialogue with the community, it seems like there are no limits to what the future holds. 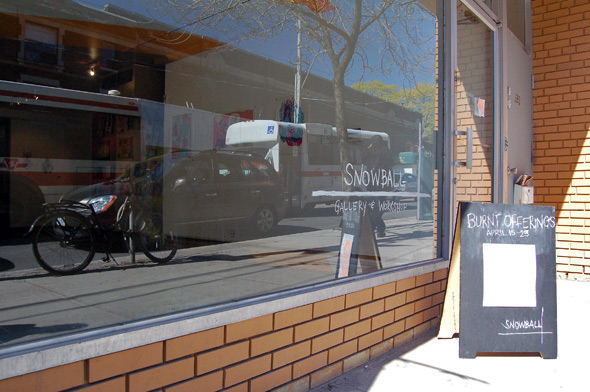