Cooper Cole (Dupont St.) is currently open but their offerings and services may be affected due to the pandemic. Please contact the business directly for more information about any changes. Is this your business? Please contact us if you would like to update this message.

Cooper Cole gallery has joined the exodus of Toronto art galleries away from storefront spaces on streets like Queen and Dundas to formerly industrial areas where rent is cheaper and space more ample. After almost seven years at Dundas and Ossington, the move to the top of Gladstone at Dupont feels like the gallery's graduation party.

While some downtown gallery goers might find any trek north of Bloor jarring, Cooper Cole is not the first and certainly not the last to move away from a busy neighbourhood that in some way or another it helped to put on the map. It's also refreshing to see a section of the city given new life amidst auto repair shops, hardware stores, and nondescript office spaces. 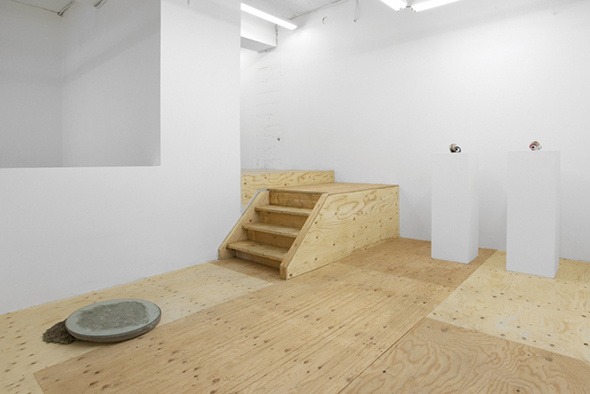 Walking into a spacious main room showcasing some loud, bigger works, the gallery also has several rooms and enclaves that open up for or close in on works of varying intensity and scale.

The minimal yet rough feel of the gallery space is similar as before (no glossy preciousness here) and with more rooms, especially one very small space that used to be a safe in the building's old days as a credit union, there is more room for variety and interplay with scale. 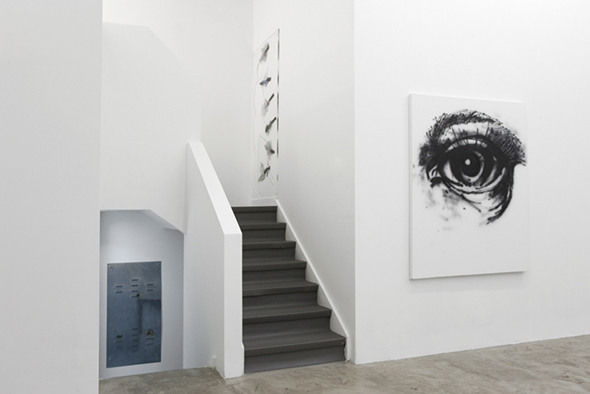 The opening show's cheeky name Road to Ruin didn't shy away from a reference about its move. Taken from a Ramones album title, the impression given is black humour with a tinge of melancholic nostalgia.

Walking into the show, one is first met with the bold, visceral Hot Pot Charmer (Flamingo) (2014) by LA-based artist JPW3 that sets the tone. Mixing inorganic and organic materials pursues the question of decay and vibrancy, something that Torontonian Jeremy Jansen also explores with acrid romance in Charm Bracelet (2013), whose rusty symbols and sharp edges are both playful and dangerous. 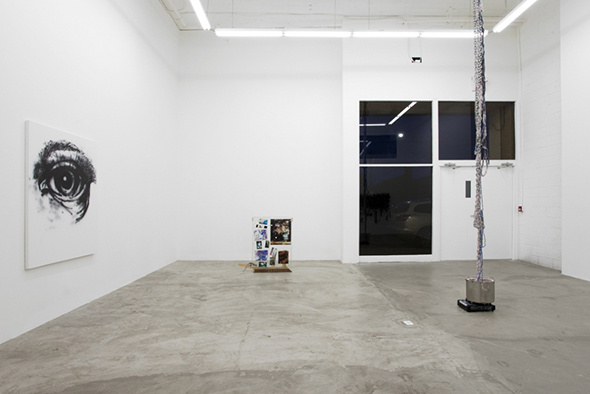 Perhaps the most established artists of the group, Londoner Gee Vaucher, breaks apart texts and images and recompiles in a way that speaks to feminism, anarchy, media manipulation, and identity with her electric video work from 1978, Semi-Detached. Finding this older gem amidst the newer pieces in the show was wonderfully unexpected but went together very well with the rebellious tone of the show. 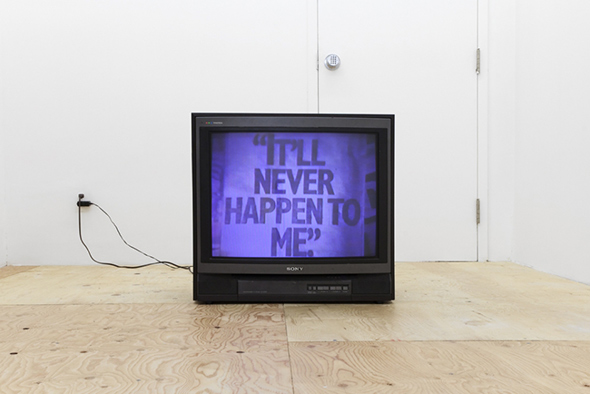 This is a good indication of where Cooper Cole is at these days. The pop surrealist work of the early days when the gallery went by the name Show & Tell has mostly given way to more serious conceptual pieces. There is some major talent on Simon Cole's roster, highlighted by Sara Cwynar, a New York-based artist who's garnering some major critical attention right now.

In fact, the roster at Cooper Cole has an impressive international component, a fact which underscores why the move to Dupont is such a good idea. The gallery no longer needs to utilize its storefront to attract attention. After making the rounds at art fairs and building a name for itself, the space can function as a destination.