Clint Roenisch's comforting neon sign may have disappeared from 944 Queen Street West after a-decade of light, but it's not gone forever, just re-installed somewhere new, a space more well-suited to Roenisch's interests; that is motorcycles, cars, and art with presence. As is customary in urban contemporary life, neighbourhood structures are in constant, capitalist flux and more often than not, after ten plus years, the mainstays need refreshers. 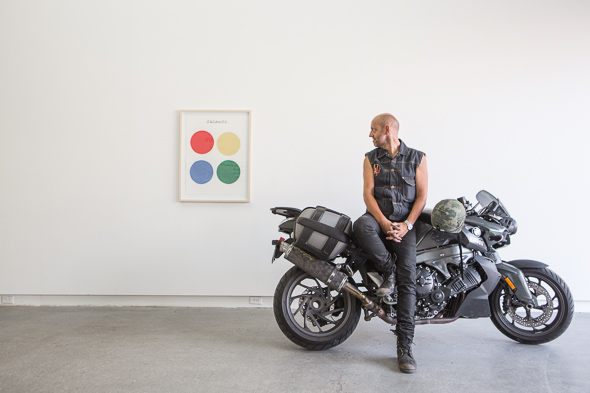 In fact, for the art world, Roenisch's move represents the end of era, as it were, on West Queen West, as he, alongside neighbouring institution, the Museum of Contemporary Canadian Art (MOCCA) say goodbye to the West Queen West neighbourhood, both because of a looming condo development , and to go where many artists are headed these days: further west. 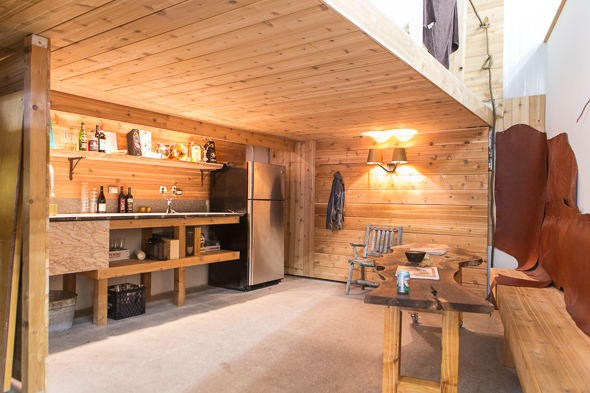 For Roenisch though, in the new space, it seems that his intentions are less about re-establishing his relevance (which he has always kept in check with a sound roster of strong artists, and a strong understanding of the precarious line between saleability and conceptualism after years as a curator) and more about his desire for expansion. His new space boasts high ceilings, 3,200 square feet, and party-appropriate, front-opening garage door. 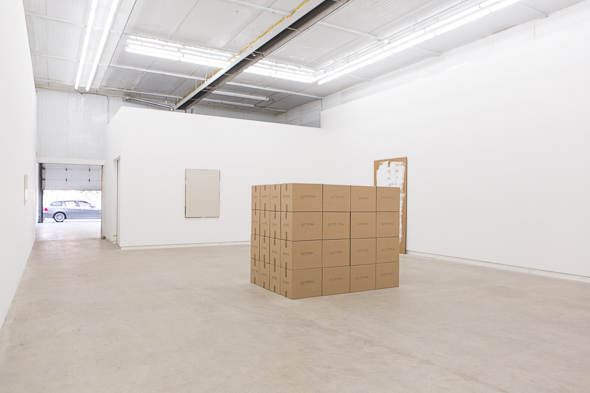 At 190 St. Helens Avenue, the new space sits on a quiet, industrial/residential street, just west of Lansdowne and south of Bloor Street, alongside some of Toronto's most exciting commercial spaces. He's neighbours with Daniel Faria and Scrap Metal Gallery , and just down the street from Mercer Union and Arsenal Toronto . 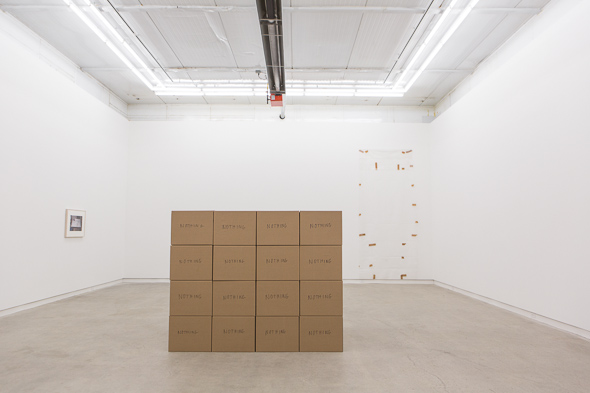 The space's inaugural show, entitled First The Pleasure: Then The Thesis, pulls together a number of minimalist international artists including Stefan Bruggemann, Toronto's own Aleksander Hardashnakov , Jonathan Monk, Gedi Sibony, David Shrigley and Gabriel Orozco, showing off the size and scope of the new space. Group shows were cramped affairs on West Queen West, but are a rather natural curation strategy in the new warehouse space. 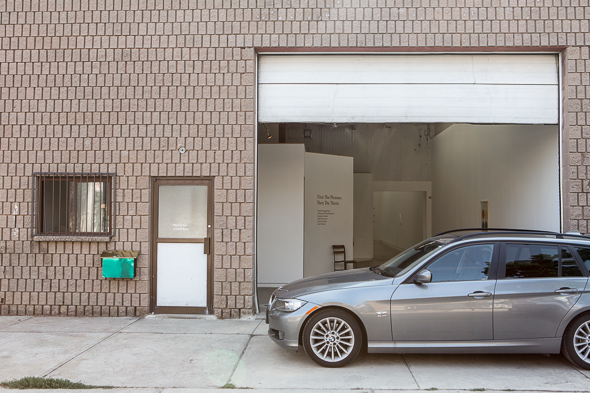 Following an incredibly well-attended opening on 10 July 2014, which saw cops forcing the throngs of attendees inside as they celebrated outside, it was clear that Toronto wants more of Mr. Roensich. Still, would it be too much to ask, now that he's embarked on a new life path, for him to perhaps add some more female names to his representation list -- and maybe even show them too? Just a suggestion.