Free outdoor movies in Toronto this summer make for a different kind of movie-going experience. Image yourself cuddled-up a blanket with the cool night air on your face, surrounded by fellow city dwellers in search of something that resembles the great outdoors.

This year, the Toronto Outdoor Picture Show has expanded to include Fort York and Parkway Forest Park. And while CityPlace has yet to announce its programming, here's what you can expect at these outdoor screenings happening all over the city.

Our first entry comes at the edge of the summer outdoor movie watching season. Part of the Toronto Outdoor Picture Show's expansion to more parks around the city, the first instalment of the Cinematic Cities series shines a spotlight on both Brooklyn and Toronto.

This bike and family-friendly favourite is back again for a third year with two screenings inside the Dog Bowl, plus a bike valet service on site. 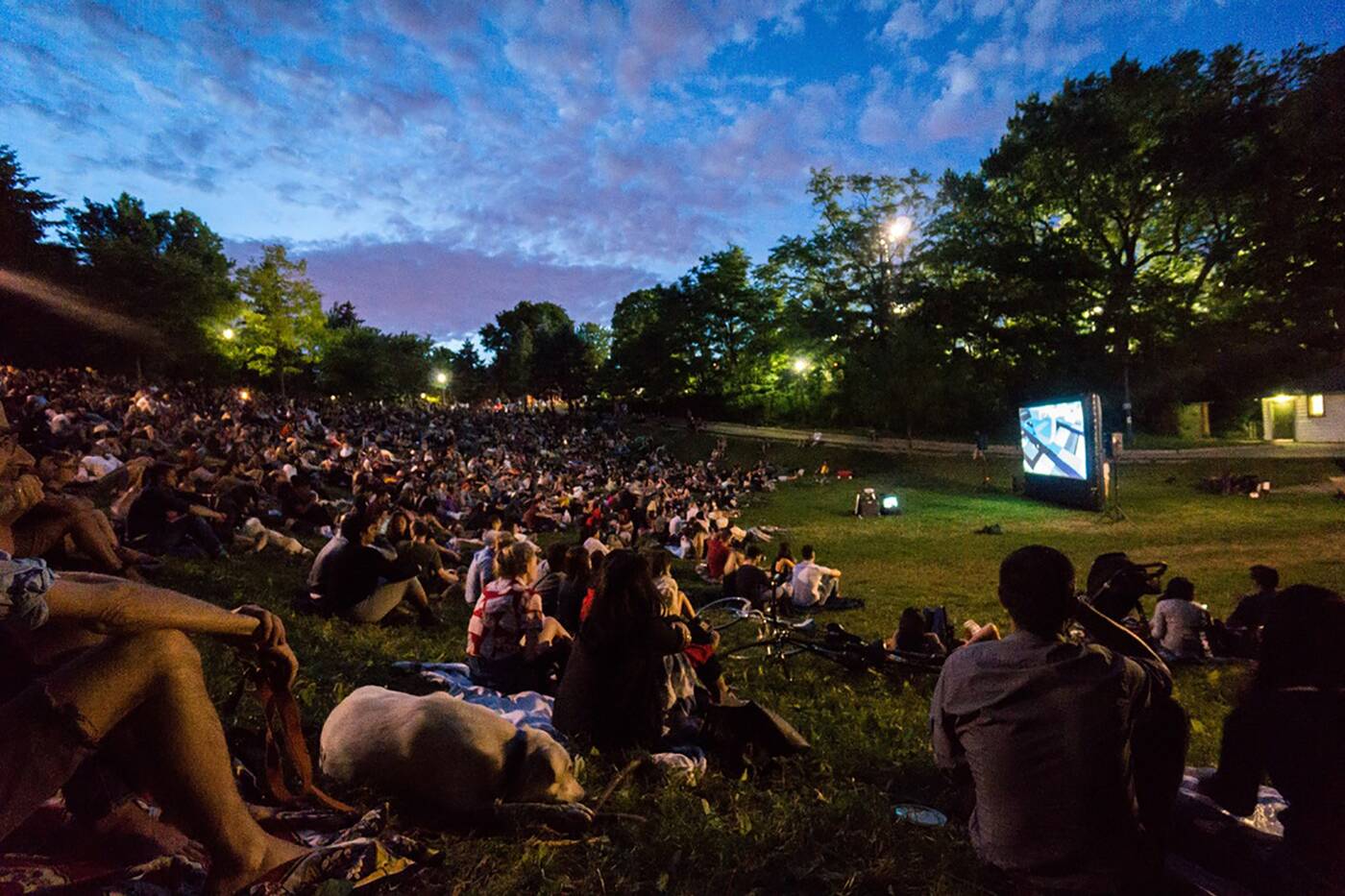 One of the more low-key outdoor film screenings is tucked away in St. James Park. There are three happening each month during summer, paired with a delicious picnic dinner.

Liberty Village is set to host one of the biggest superhero movies to date (and Toronto fan favourite), Black Panther, alongside two other films peppered throughout the summer starting between 8:00 p.m. and 8:30 p.m.

Sorauren Outdoor Movies in the Square

Back again is this neighbourhood favourite running on the fourth Saturday of every month from June through September. Included in this mini-festival are pizzas baked on-site and Sorauren Screen Play — an interactive quiz game.

One of the most popular outdoor film festivals looks to bring other cities to Toronto for the summer with the theme of Cinematic Cities, meant to showcase the urban landscape in all its glory, paired alongside works by local filmmakers. 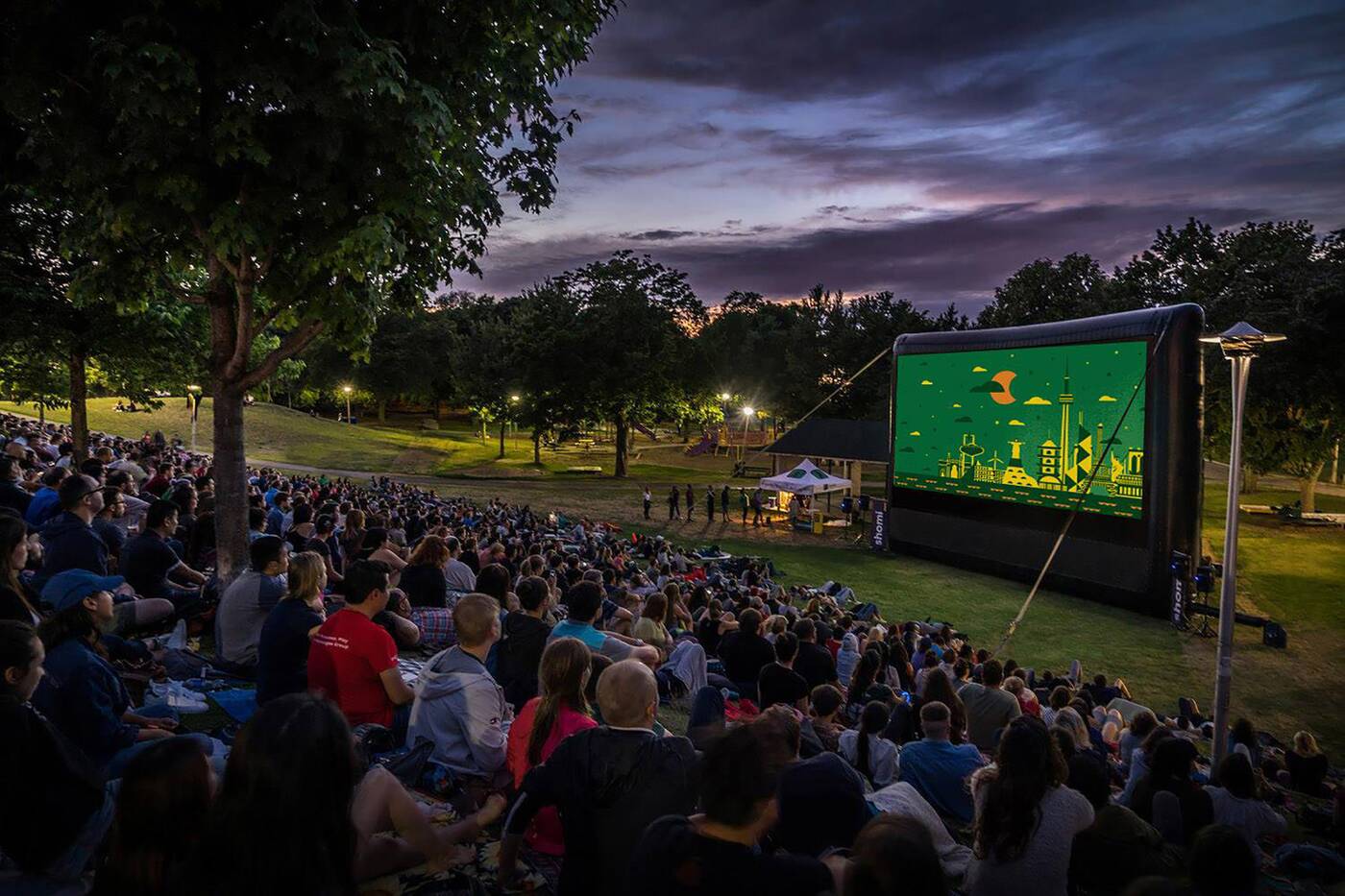 The Cinematic Cities series looks to explore the urban landscape at parks around Toronto. Photo courtesy of the Toronto Outdoor Picture Show.

This year's festival theme is none other than Rockumentaries, shown in conjunction with the Live at Massey Hall series that will open each film. Screenings happen every Tuesday throughout the summer and are free, with chairs provided.

Movie Night in the Beaches Village

Movies in the Common

One of the city's newest parks is playing host to a round of films. Part of the Cinematic Cities series, this spot is screening a handful of flicks each Thursday throughout July.

This big arts and culture festival is back with free programming every Thursday night in July, including music, dance and movies beginning at 9 p.m.

You don't have to go very far to feel like you're out of the city at Downsview Park. Family-friendly screenings take place on select Fridays throughout the summer, starting at 9 p.m. on the outdoor football field.

Away from the bright lights of the city, the Aga Khan Museum is hosting a free movie night as part of their Dancing in the Park summer series that includes food and a PWYC option to check out the museum.

Under the Stars in Regent Park

The Regent Park Film Festival returns this summer with a selection of family-friendly films every Wednesday in July and August. Alternative dates are provided in case it rains. 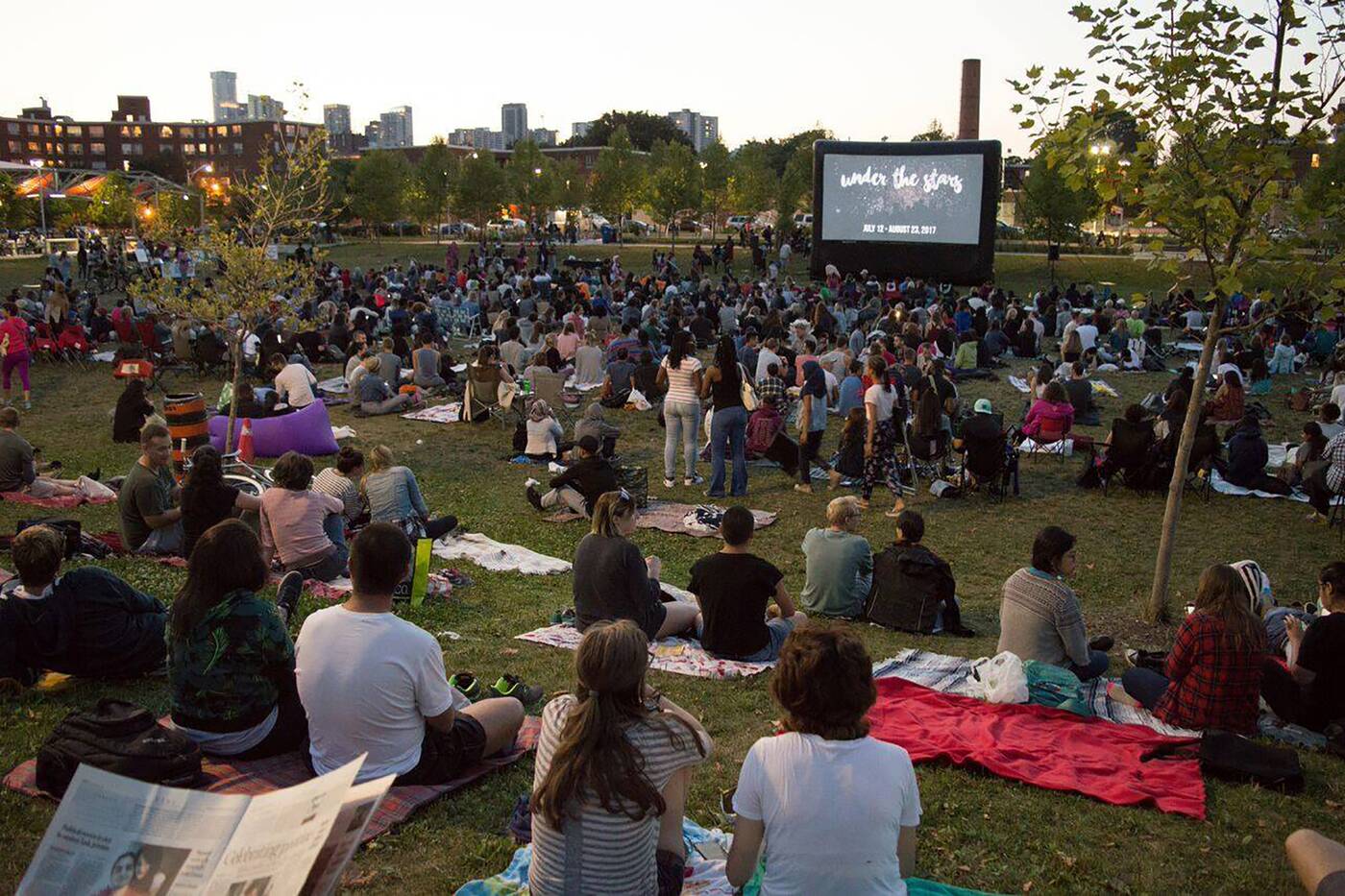 Pull up on your yacht or arrive by foot to this floating film festival that returns to Sugar Beach on August 10 and 11. The films haven't been announced yet, but you can vote here what you would like to see.

The festivities are moving to Sterling Road this year and with it comes local music starting at 8 p.m., films at 9 p.m., and food and drinks from Amsterdam Brewery and Toben Food by Design.