One of the fast fashion giants that helped turned Queen West into the brand-saturated retail corridor it is today (or was, at least, a few years ago) is calling it quits on the once-trendy neighbourhood, shutting one of its first-ever Toronto stores after nearly 16 years in business.

Goodbye, Queen Street West H&M, and thanks for all the cheap, last-minute party dresses.

First opened in August of 2007, the Swedish retailer has been a reliable presence at 427-429 Queen Street West since the neighbourhood started... changing character. 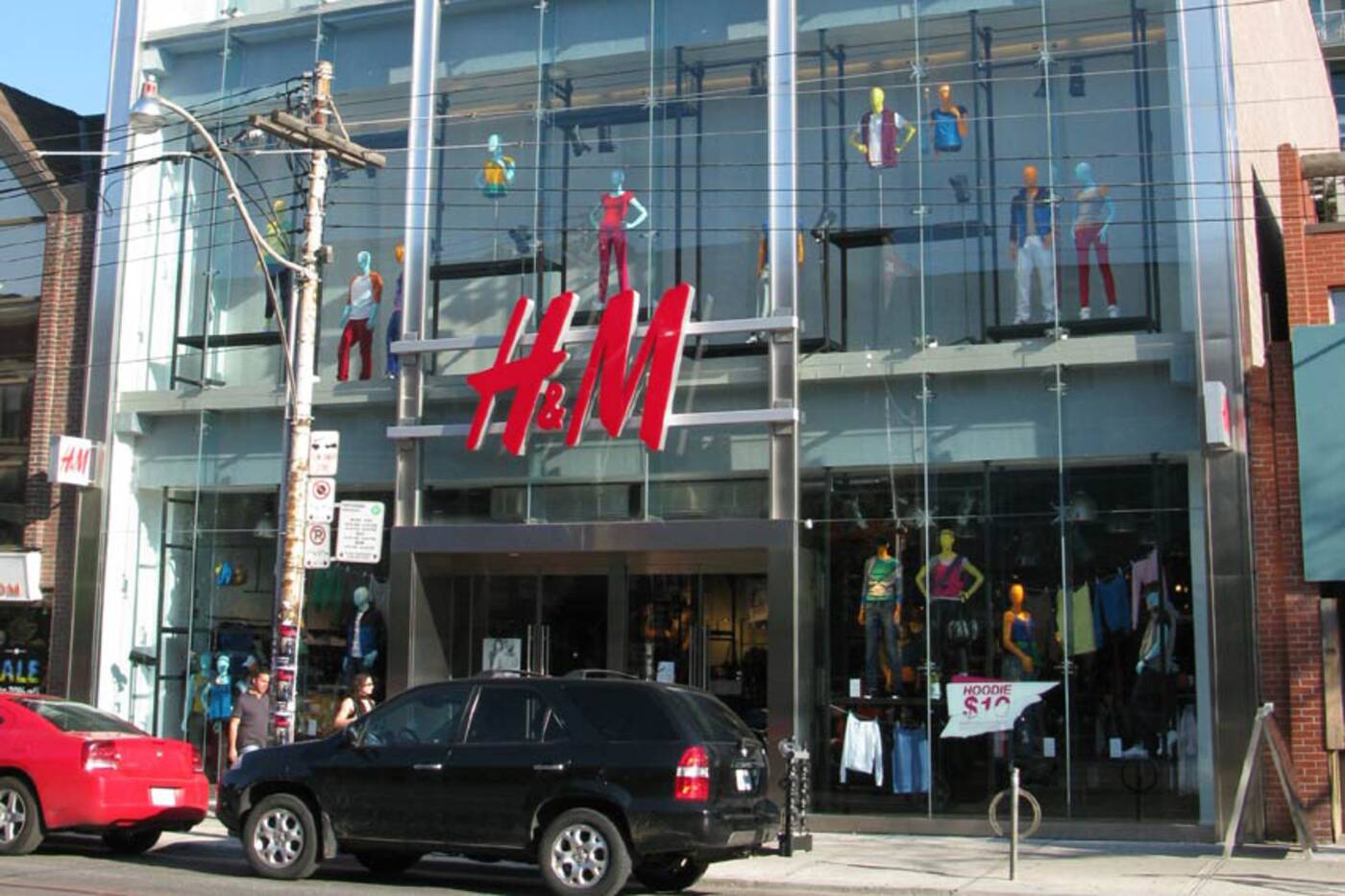 The company has yet to reply to a request for comment confirming the closure, but signs plastered behind the front windows this week will tell you everything you need to know.

"Thanks Queen Street for many great years," reads the brand new bright right cladding. "Store has closed, but inspiration is still around. Visit our H&M store at Eaton Centre."

H&M has furthermore removed the 427-429 Queen West location from its website, and the store was marked as "permanently closed" on Google late last month. 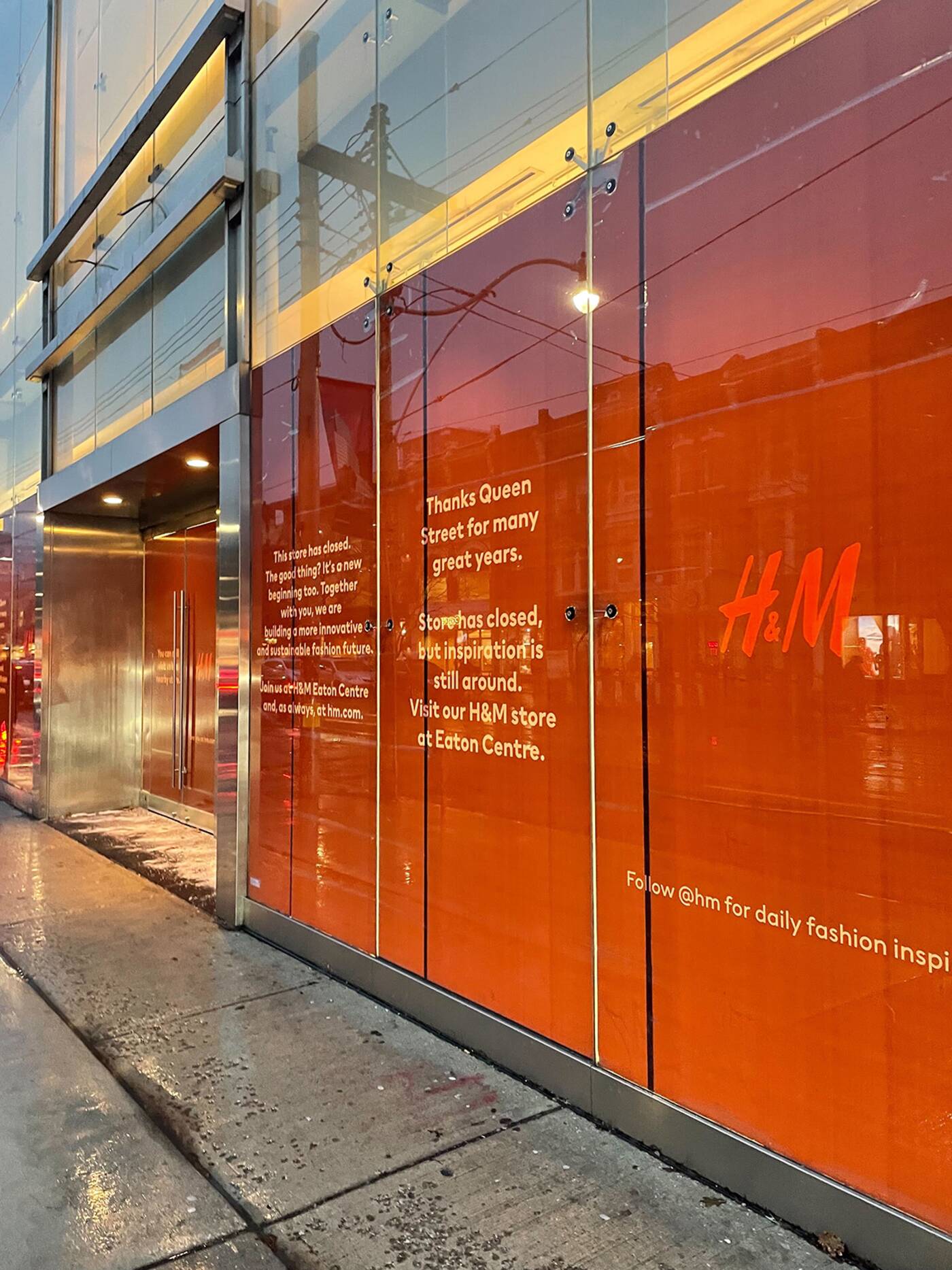 The longstanding H&M store in Queen West has officially closed for good, according to wraps on its windows. Photo by Becky Robertson.

H&M might be one of the largest global giants to bow out of Queen West in recent years, but it's far from the only one.

Over the past five years alone, the tourist-heavy strip of Queen Street between University and Bathurst has lost its flagship location of The Gap, GUESS, Le Chateau, RYU, EB Games, NYX, several major fast food joints and the independent but completely iconic Condom Shack, among other businesses.

Many have blamed exorbitant commercial rent prices for the visible explosion of vacant retail spaces along Queen Street West over the past decade, but it's unclear why H&M has left the area or if any tenants have been earmarked to take over the multi-storey heritage property's lease.

Those who are lamenting the loss of this Ho-Em (that's how they pronounce it in Sweden) can take comfort in the fact that a much larger H&M remains going strong just down the street at The Eaton Centre.