The Condom Shack is closing after 25 years on Queen West

Toronto's most iconic sex shop is closing down at the end of this month after decades of dishing out adult toys and novelties on Queen West.

Say goodbye to the Condom Shack, friends. It's the end of an era. 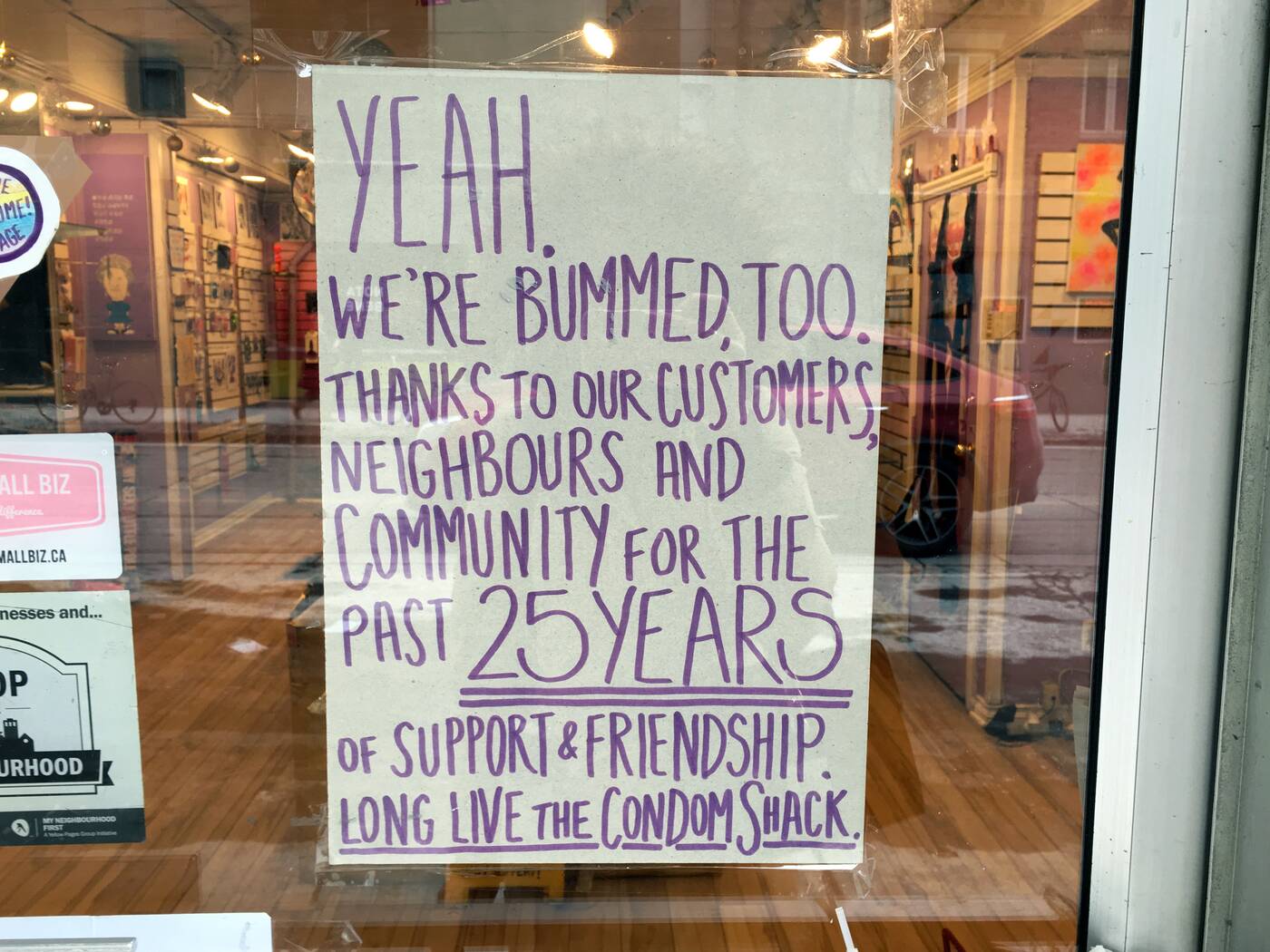 "Yeah, we're bummed, too," reads a sign posted to the famously colourful store's front door on Monday. "Thanks to our customers, neighbours and community for the past 25 years of support and friendship. Long live the Condom Shack."

A "For Lease" sign is now hanging in the window at 231 Queen St W, along with a smattering of art pieces lamenting the store's impending closure. 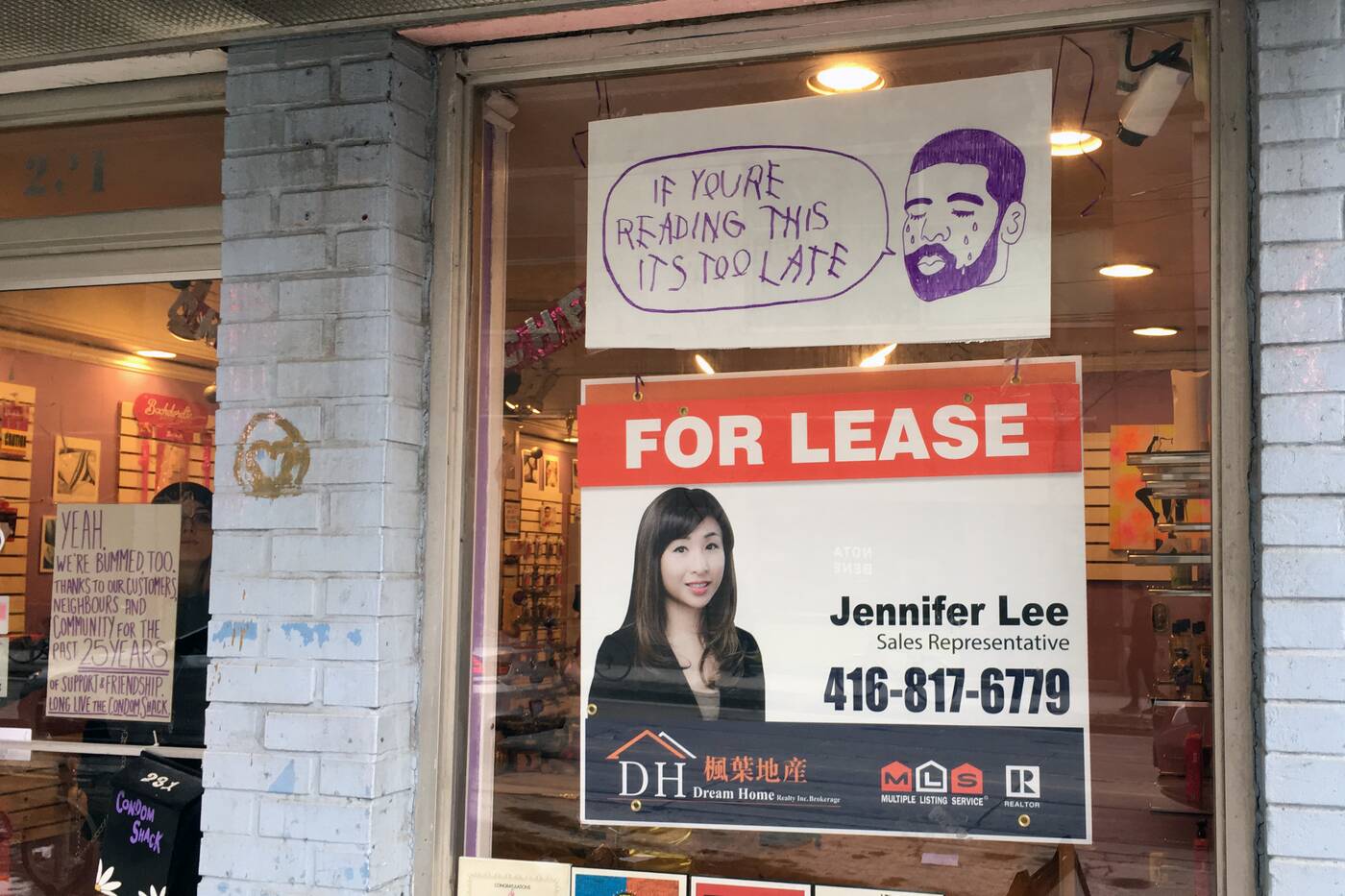 "Queen West is no longer suited to independent businesses," said Dineley, who's been working at The Condom Shack full time for three years.

Employees say they saw the closure coming in light of skyrocketing rent prices that have crippled so many other local businesses in recent years. 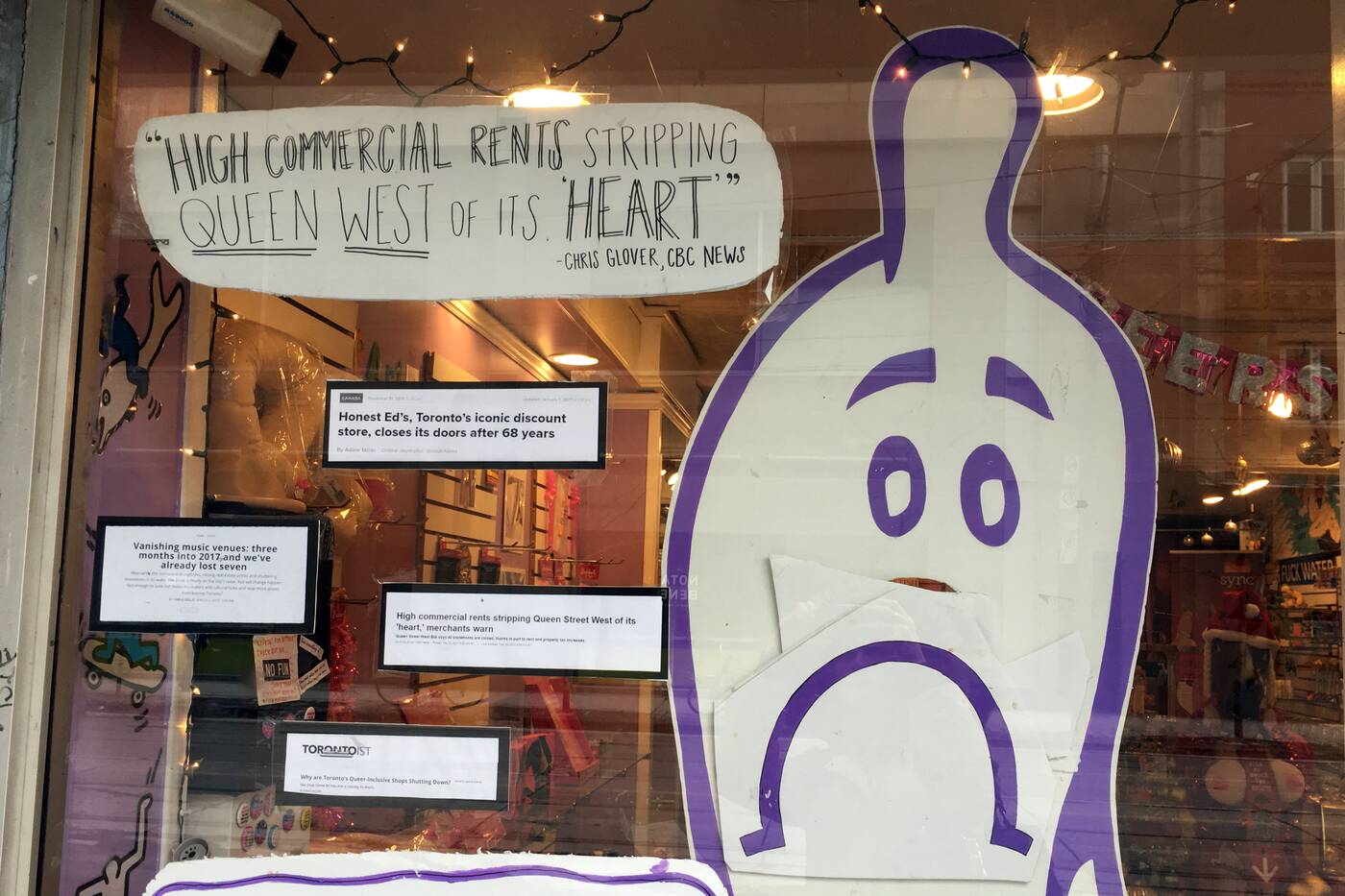 Still, it stings to lose the retail space, which has long prided itself on providing a "comfortable atmosphere for anyone, of any age, or sexual orientation, to buy safer sex products and adult novelties."

"The store is older than I am," said Dineley. "How am I supposed to put into words how much this means to so many people in Toronto?"

The Condom Shack closes for good on January 31, 2018 – so go pay homage to one of the original Queen West greats while you still can.