On the bedside table, or tucked in the drawer, of Toronto Gen Z's you'll most likely find this small mint green box of condoms. With the light blue logo 'Jems' branded across the box, Jems Condoms have become a new conversation starter on breaking the stigmas of safe sex.

Introduced in 2021, founders Yasemin Emory and Whitney Geller are filling the void in a male saturated industry with a genderless inclusionary condom brand.

Jems was born out of the need to push scientifically backed sex education, STI prevention and pushing out the fear of purchasing condoms.

"We were both between pregnancies and found ourselves in the condom line and we were struck by how shocking it was that [condoms] hadn't changed in [our] lifetime," said Emory. "The market felt super outdated and specific to a certain type of masculinity that we don't even know who exactly identifies with."

The feeling of being unrepresented was a major driving force. Emory and Geller had been working together for 10 years, first meeting in university. Having an extensive background in design and packaging, they had a plan.

They were going to challenge the condom market. 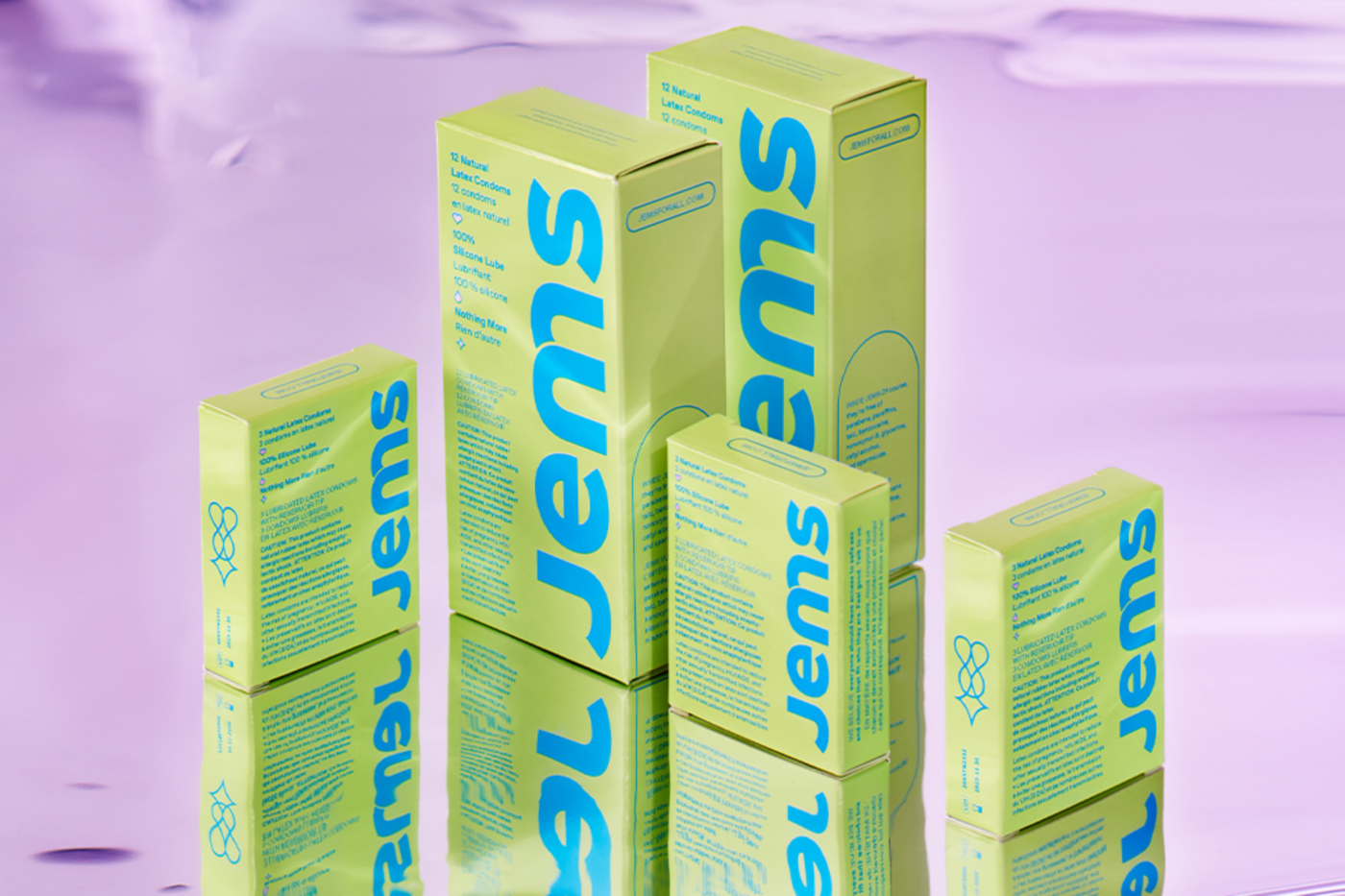 Jems Condoms was created by Whitney Geller and Yasemin Emory out of the need to diversify the condom market. Photo by Michael Kazimierczuk

"We wanted to change the landscape not only by normalizing the use of condoms but how people relate to condoms, how people find condoms and how they feel about it," said Emory.

Jems is, as Emory describes, about sexual wellness. Its aim is to make buying a condom less terrifying than it already feels, and in many ways makes safe sex 'cool.' And whats cooler than educating yourself on STI prevention and keeping your body safe?

Emmi Ojansivu, creative director at Jems, said the design to make it genderless was to include a variety of people beyond hetero-normative ideals.

When it comes to wellness, products tend to be divided between cis-gendered categories.

"I feel like if there are newer sexual wellness brands, most are very female focused," said Ojansivu. "We wanted to make Jems something that's not super feminine...and speaks to so many people that obviously aren't represented in the current condom landscape."

Since its creation, Jems has seeped sex education into every crevice of ther marketing and design. In early 2022, Jems was approached by the Ace Hotel and began hosting their Rubber Hearts series.

"There aren't a lot of events that talk about sex and the industry, culture or work of it," said Ojansivu. Ojansivu's vision of Jems and execution encompasses everything their target audience is; social, inquisitive and willing to explore.

"STI's are actually on the rise and sex education across the world, but especially North America, is truly failling young generations," said Emory. "We want to expand on sex education...and go deeper and be a resource for the demographic that we're targeting; Gen Z"

Even in regards to PrEP, while it's a major game changer for the gay and LGBTQ+ communities, it only brings a certain level of protection. "It's definitely changed a lot of peoples relationship with condoms but it isn't all encompassing protections." 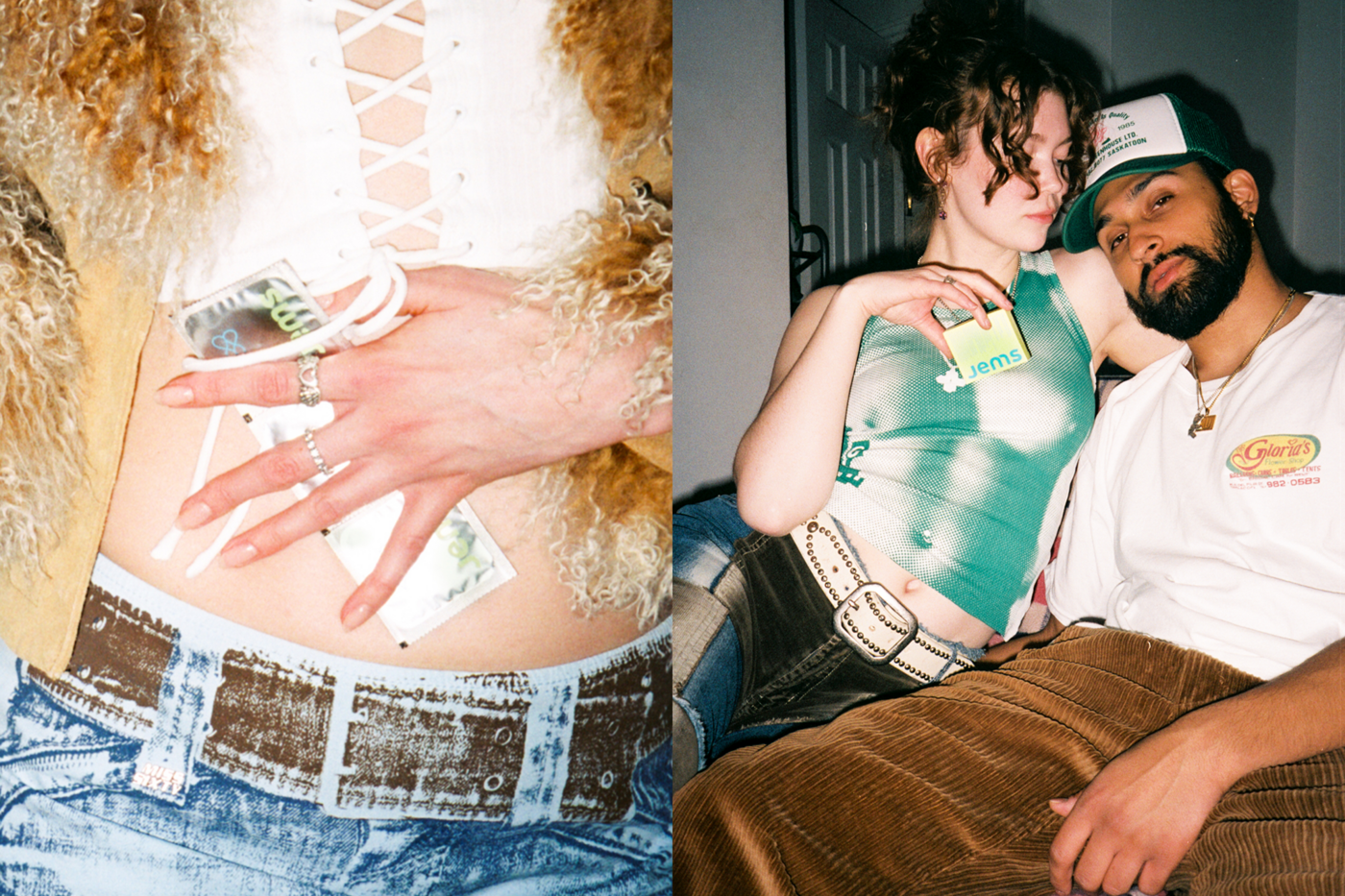 Jems Condoms were first introduced in 2021, and have since been a staple for Gen Z in regards to sex education. Photos by Holly D'Cunha.

Jems digital aesthetic, with virtual gems and cool-toned colours, grabs Gen Z's eyes. From their 'Uncut Jems' blog series to their 'Use A Condom' campaign alongside non-profit sexual education organization Sex Ed For Social Change (SIECUS). Jems is doing what most condom brands aren't; putting in the work.

But, how does Jems survive in a market with established condom brands? This all goes back to their demographic, Gen Z.

"Gen Z is a demographic where they are so intentional with their purchases and they want to align with their brands in everyway," said Emory. "People just are paying way more attnetion to whats going into their bodies."

Emory mentioned that ingredients and being transparent is a huge part of their identity. Both Geller and Emory realized that most, if not all, condom brands don't outline their ingredients.

"The few ingredients that we have, which is essentially latex and silicone, is really front and center in terms of design and the packaging itself," said Emory.

Emory and Geller want to make condoms less taboo, an item that you aren't embarassed to purchase. As Emory mentioned, at the end of the day it's your sexual health that matters the most.

"When working with retailors, we encourage them to think about having condoms not in the condom ilse," said Emory. Jems also introduced a condom pouch made of silicone, promoting safe storage for condoms as well.

"Keeping it in your back pocket or in your wallet is actually quite dangerous, you don't want to puncture it or to keep it there for too long as it degrades over time," said Emory. "There is a safety element to carrying condoms too." 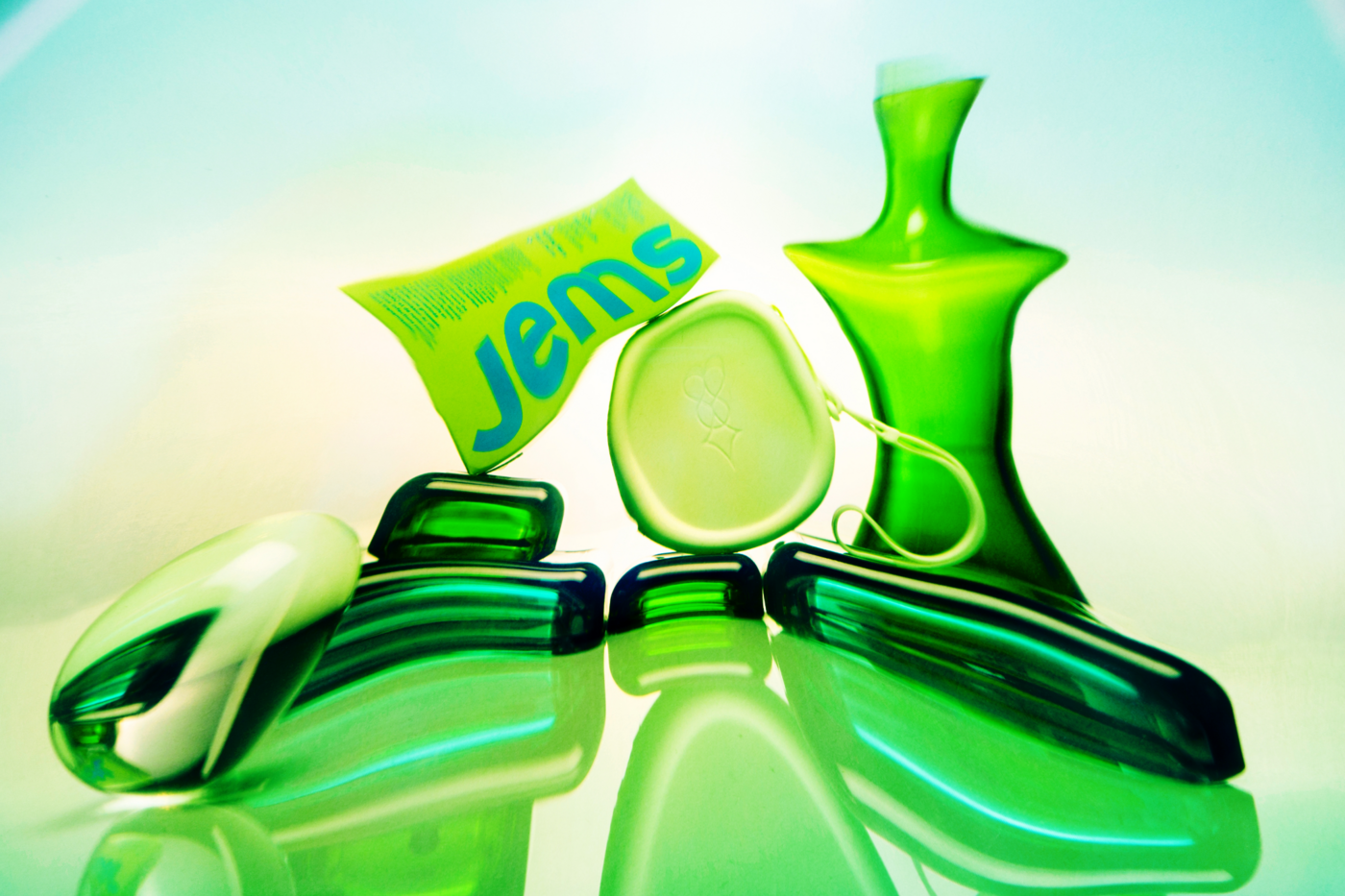 Jems Condoms plans to expand this new year, venturing further into the U.S. and retailors across Canada. Photo by What I like Studio.

Jems has recieved a positive reception in Canada since its inception from both retailers and customers. Currently, Jems can be found in Whole Foods, small boutiques and online.

Emory said 2023 was the year of delving into the beauty space and working alongside big retailers. This comes alongside the news that they will be sold at a major US retailer this year.

"We want Jems to be relatively available when you might need it the most," said Emory. "The whole idea is that Jems will be there whenever you need it."