Tattoo artists in Toronto might have mixed feelings about the itty-bitty, teeny-tiny tattoos that have taken Gen Z and Millenials by storm.

Toronto's Joanna 'JoJo' Roman is known as the Queen of Clean Lines, and has dominated the micro-tattoo style for years. Micro tattoos are tiny, intricate tattoos that are often smaller than a loonie but packed with incredible detail.

Powered by iced coffee and her unmatched skill in the trade, Roman leaves her mark on a handful of lucky clients each day.

The waitlist to get inked by Roman is one year long, but those who do their research know she’s worth waiting for, and in many cases, travelling for. Roman is internationally known and has clients who travel overseas just to be tattooed by her. 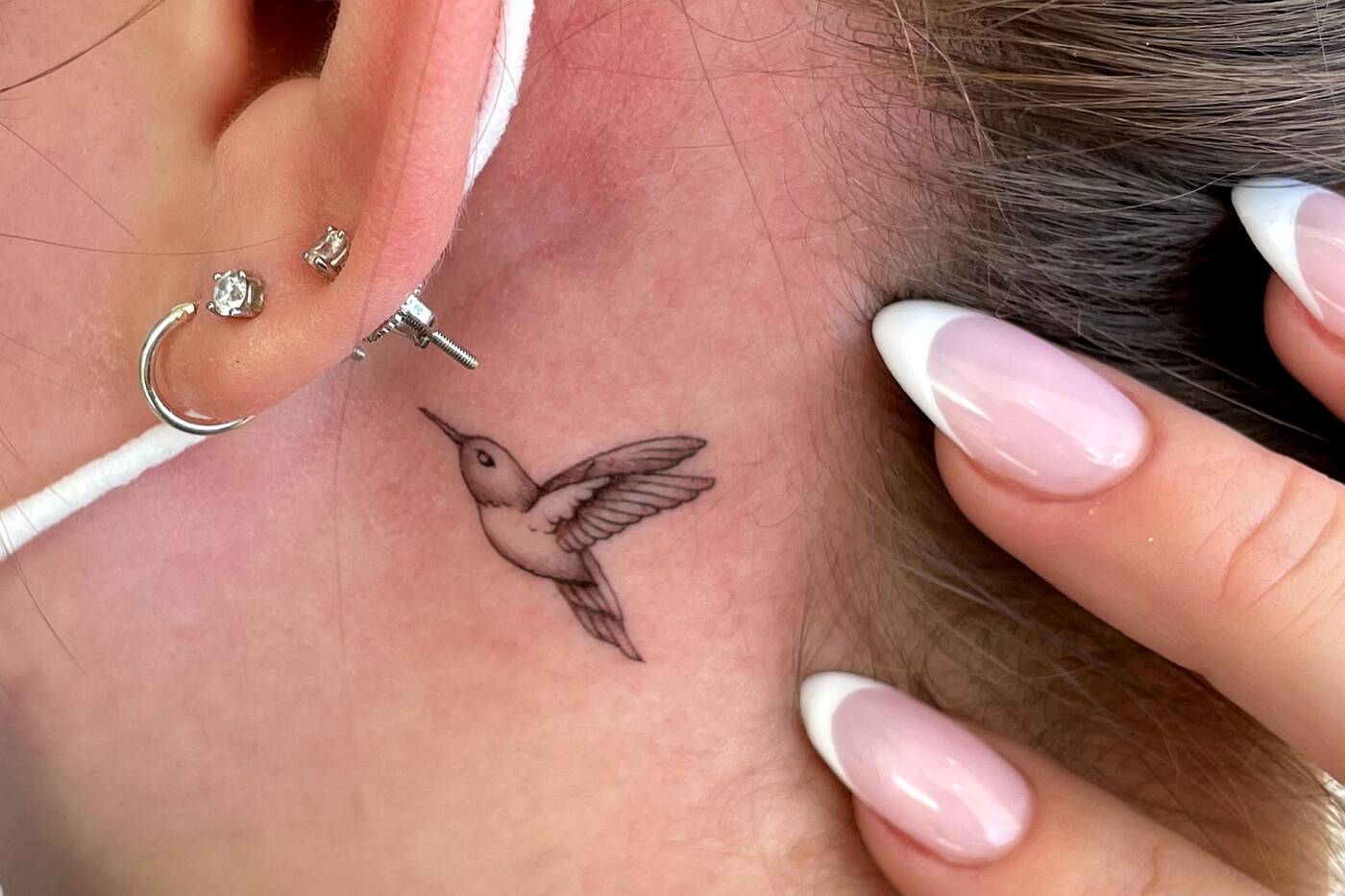 The tiniest bird set behind the ear.

JoJo started as an apprentice seven years ago and was determined to pursue art for profit. In what is typically a male-led industry, Roman worked hard to earn her title as the micro tattoo goddess. She is the first female owner of Chronic Ink - an award-winning tattoo shop with multiple locations in Toronto and Vancouver.

"I recognized from the early stages of my career that I excelled at fine line more than any other style,"  Roman says. She was confident she could tap into this niche and soon became the It-Girl for fine line and tiny tattoos. 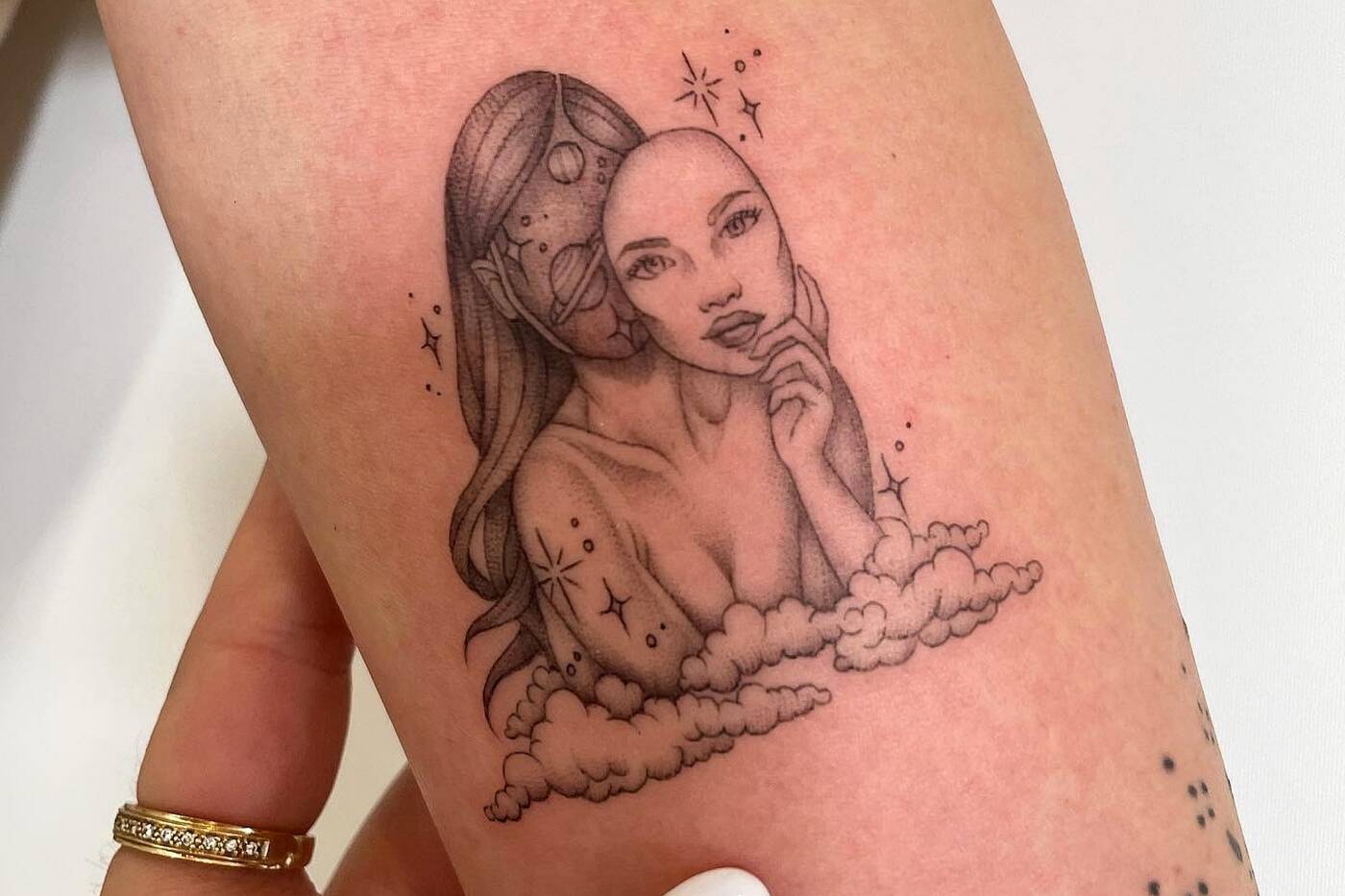 A surreal and detailed portait piece.

There is no room for error within small tattoos. Unlike larger pieces where flaws can be camouflaged within the design, a minor mistake in the linework of a small tattoo can throw off the entire piece. 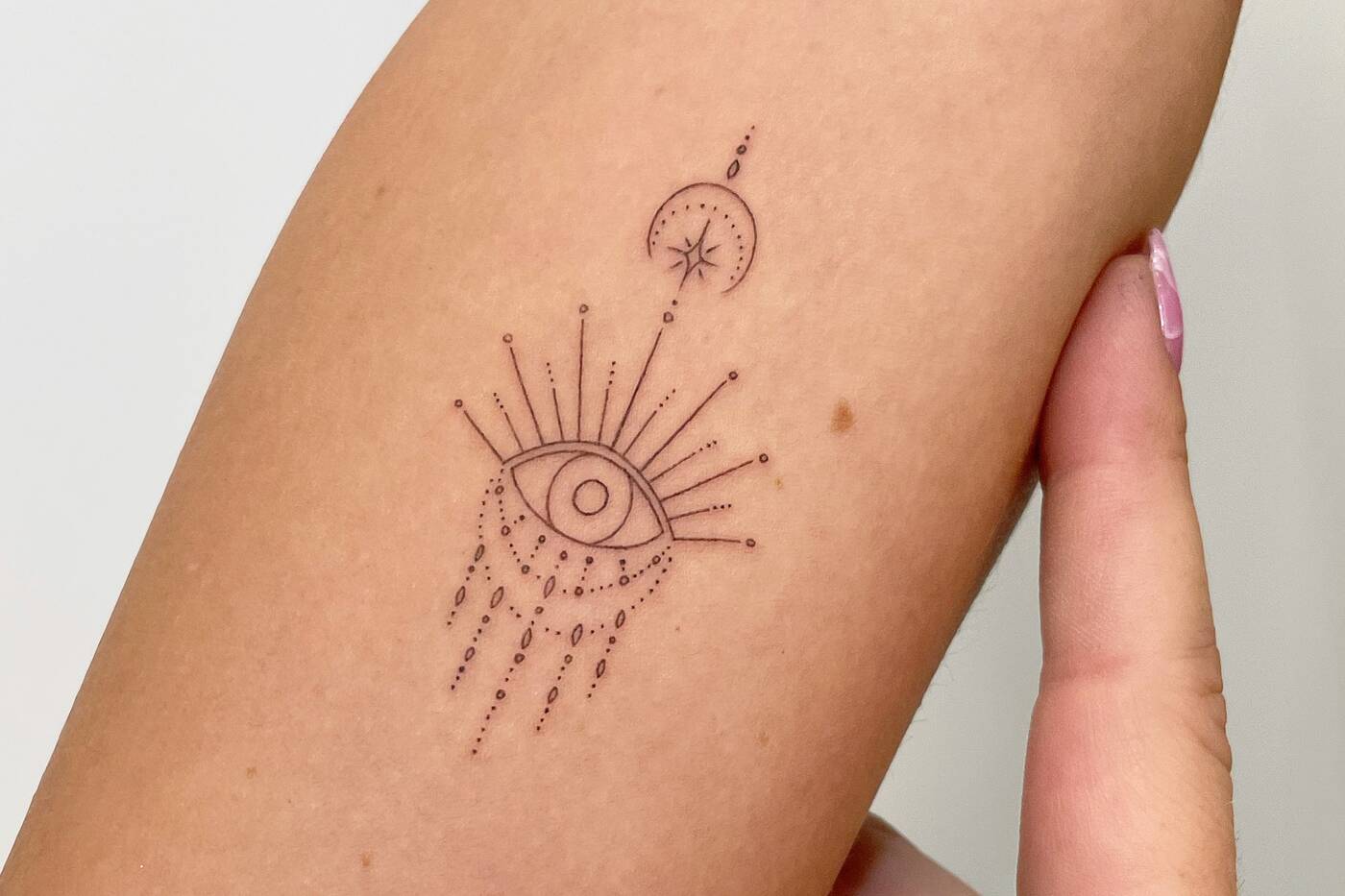 Most tattoo artists use a grouping of five to nine needles for standard lines, whereas one to three very small needles are used to achieve fine lines.

A single-needle instrument will produce the thinnest lines that are ideal to add crisp detail to petite designs. 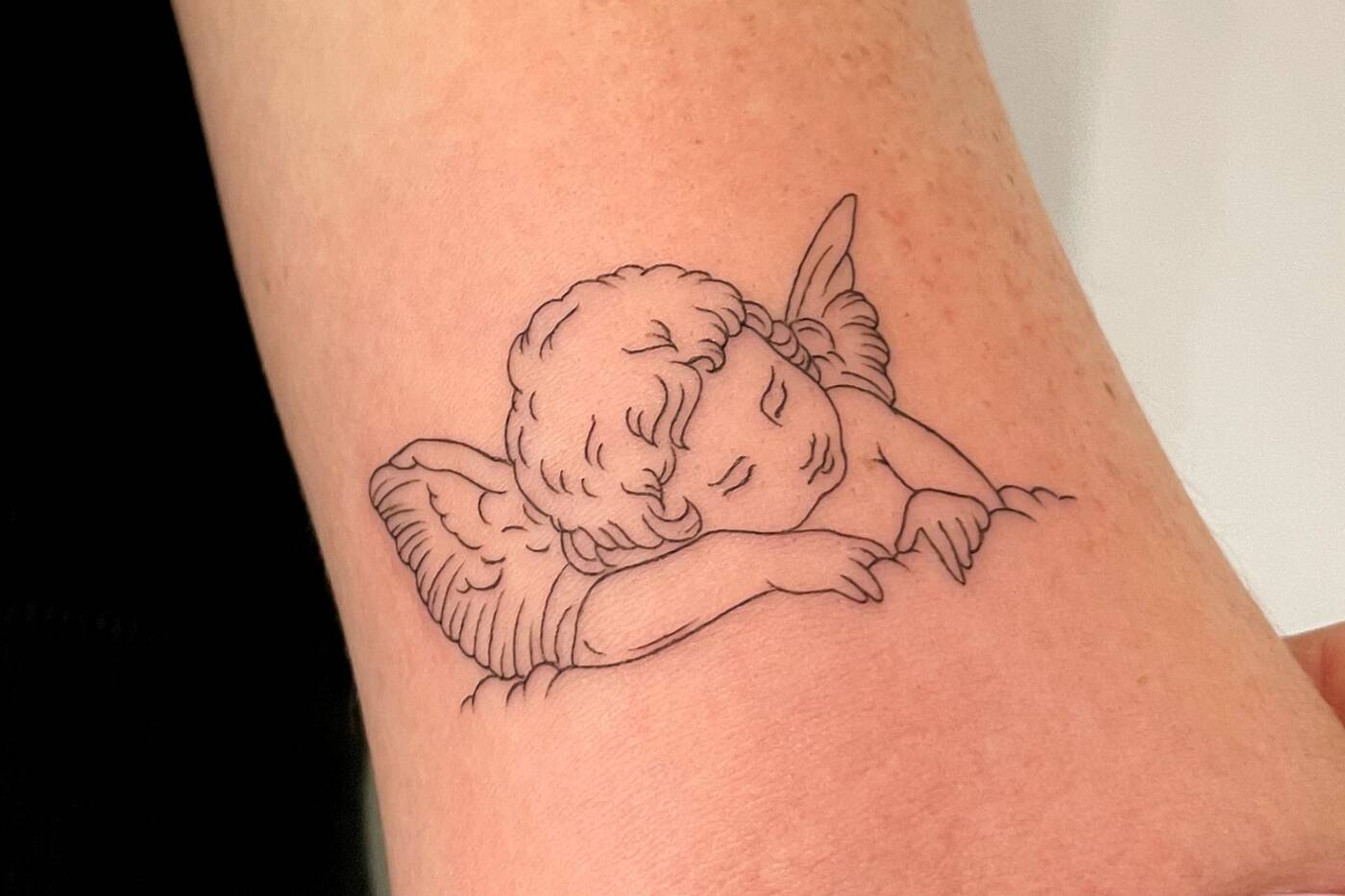 So why has Roman's work become the epitome of fine line and minimalist tattoos?

The instruments used, needle groupings, speed, and angle are all important factors, but Roman possesses the most important tool for clean lines: A naturally steady hand.

"I have a steady hand and you really can't fake that," Roman says.

Apprentices at Chronic Ink are placed in a vigorous training process. "It takes 10,000 hours to master a skill. In my humble opinion, our apprentices who have yet to graduate are better than some professional tattoo artists working today," Roman says. 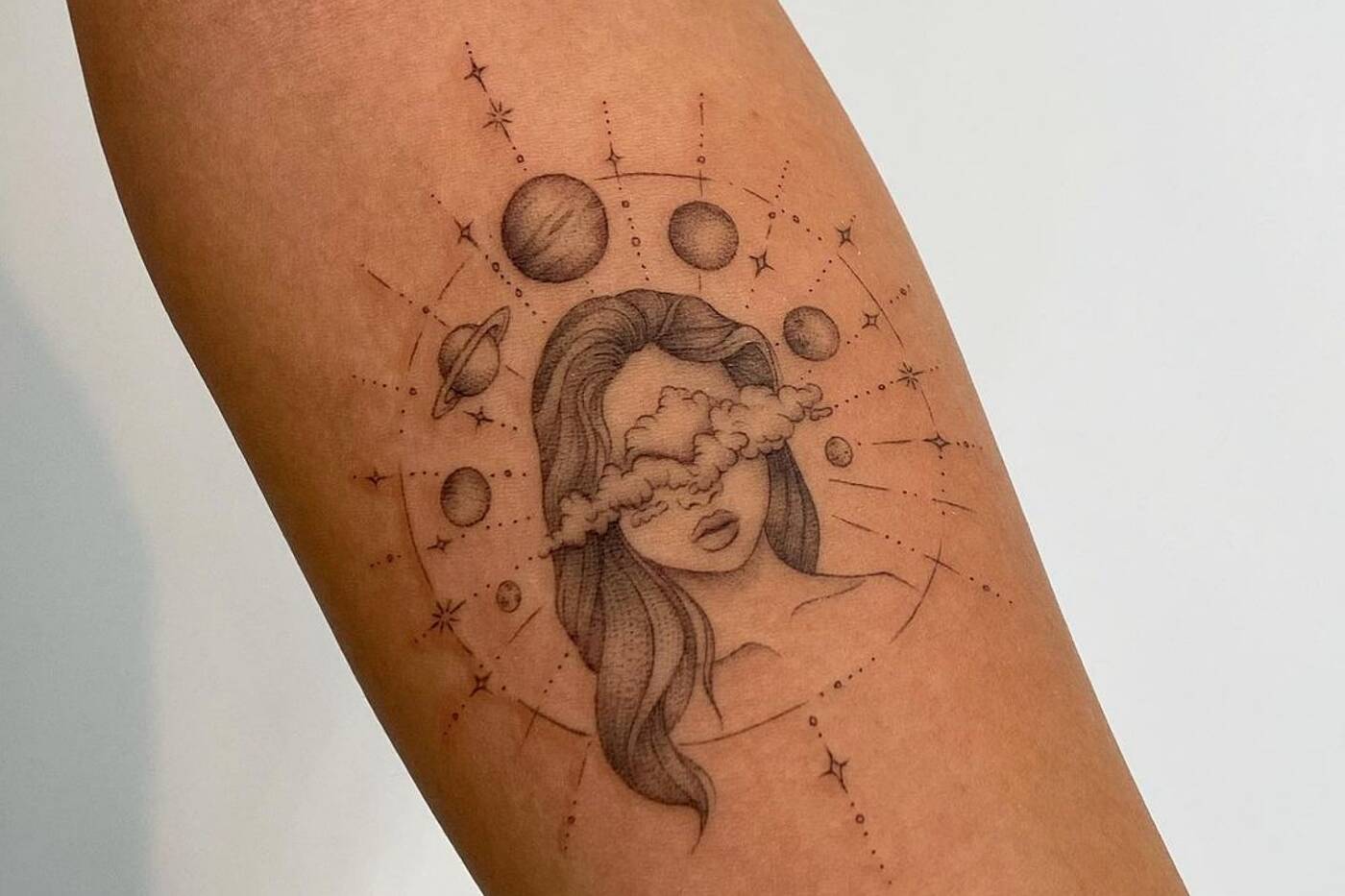 Her clients want dainty tattoos with soft and light linework.

Roman's style is limitless - her designs vary from incredibly cute and light-hearted tattoos to more intricate portraits with complexity and remarkable shading techniques. 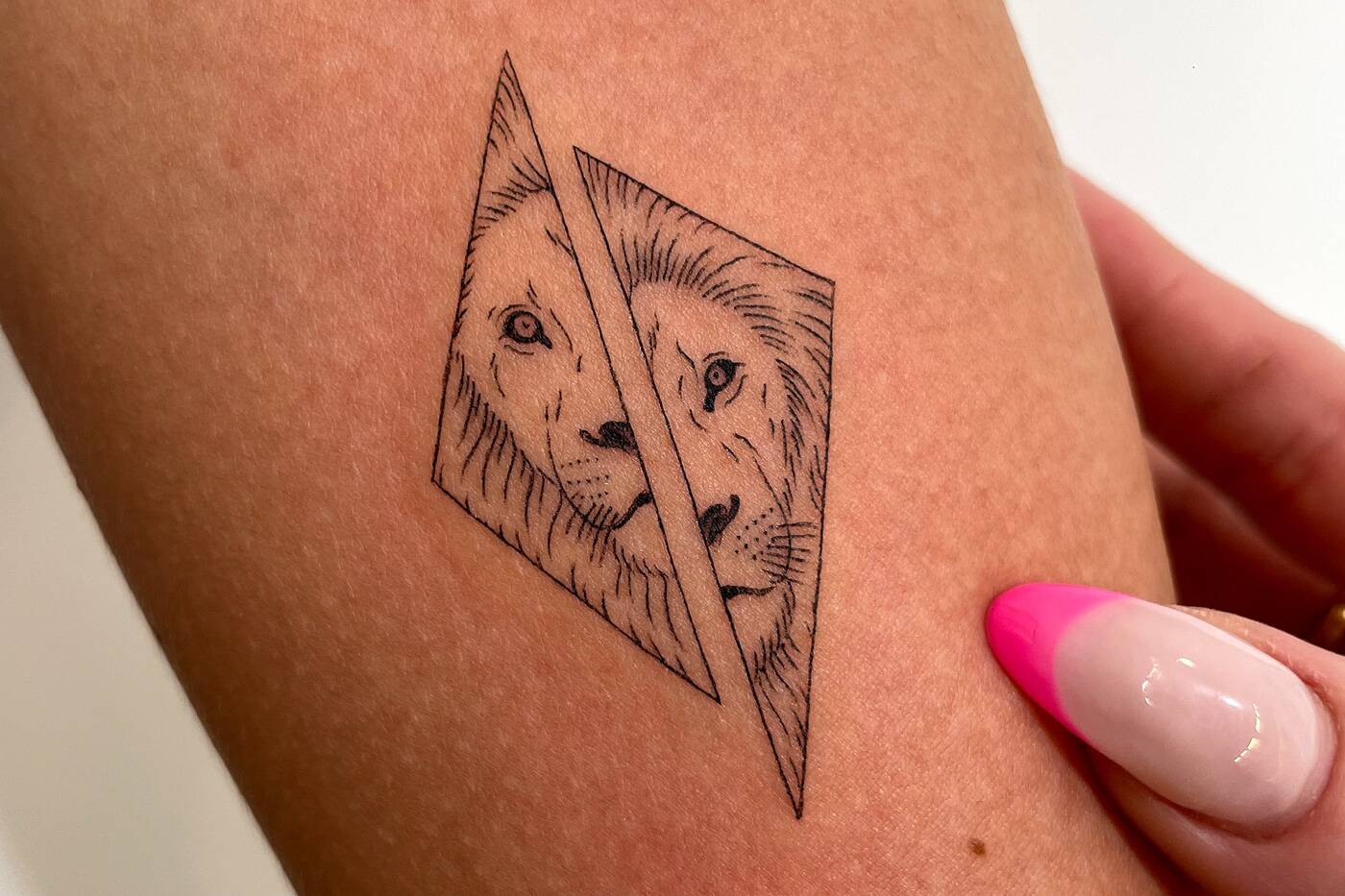 King of the jungle.

Women in their twenties and thirties are a large proportion of her client base. Roman is noticing an uptick of women in their forties who are getting their first tattoos later in life as it becomes less taboo.

Discreet micro-tattoos are the gateway into the tattoo world for first-timers. Art is changing and the tattoo-hesitant are opening themselves up to minimalist styles. 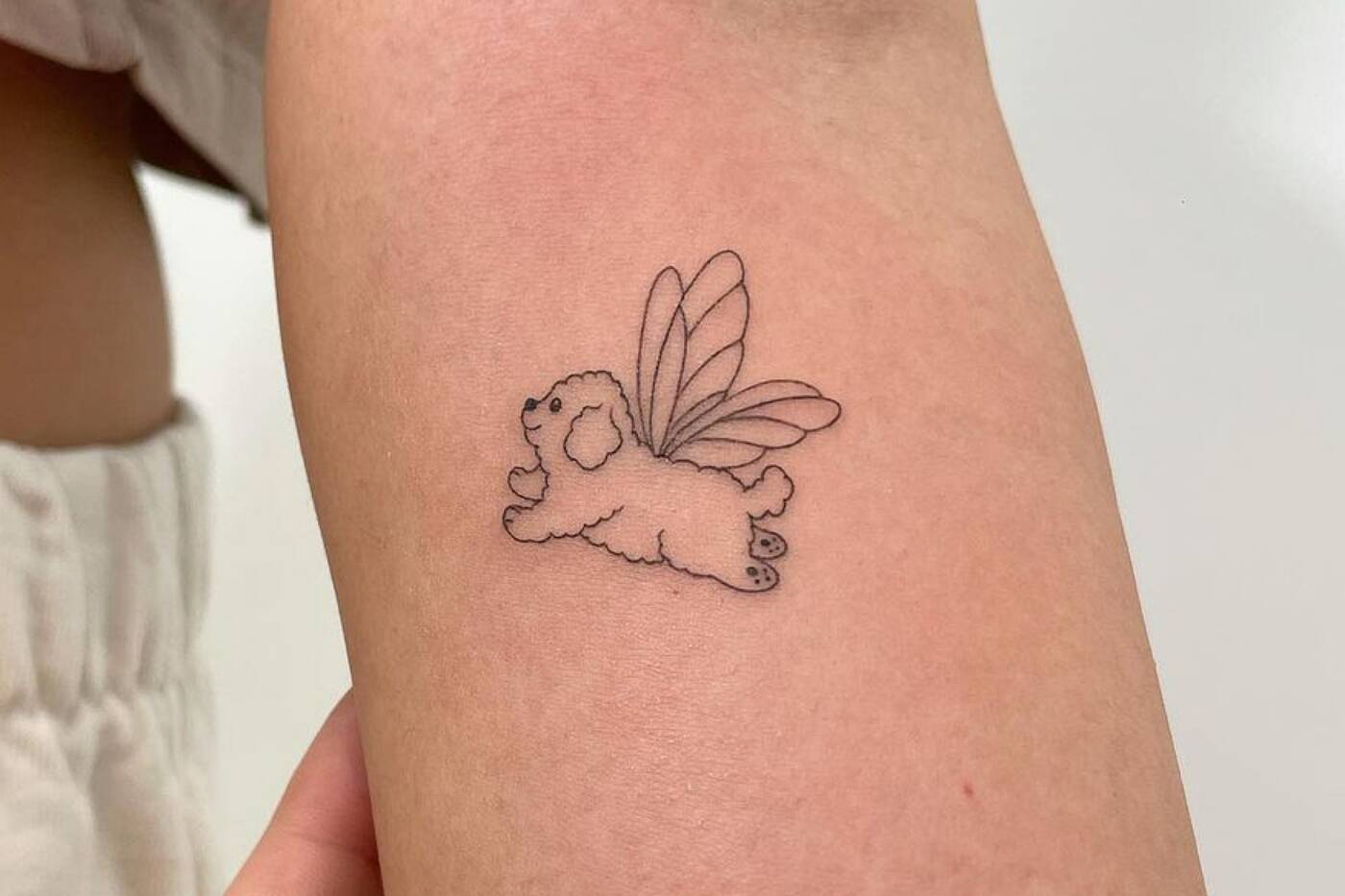 This puppy can fly.

Roman says the younger generation opts for trendier and sexier tattoos solely for aesthetics - like a tiny rose placed on their hip or ribs. The older crowd requests pieces with sentimental value - like a name or date tattoo to honour their children.

Memorial pieces capture maximum emotion while taking up minimal real estate on the skin. Clients honour lost loved ones with hand-written notes and signatures from old greeting cards. Roman's job is to reproduce the personalized handwriting. 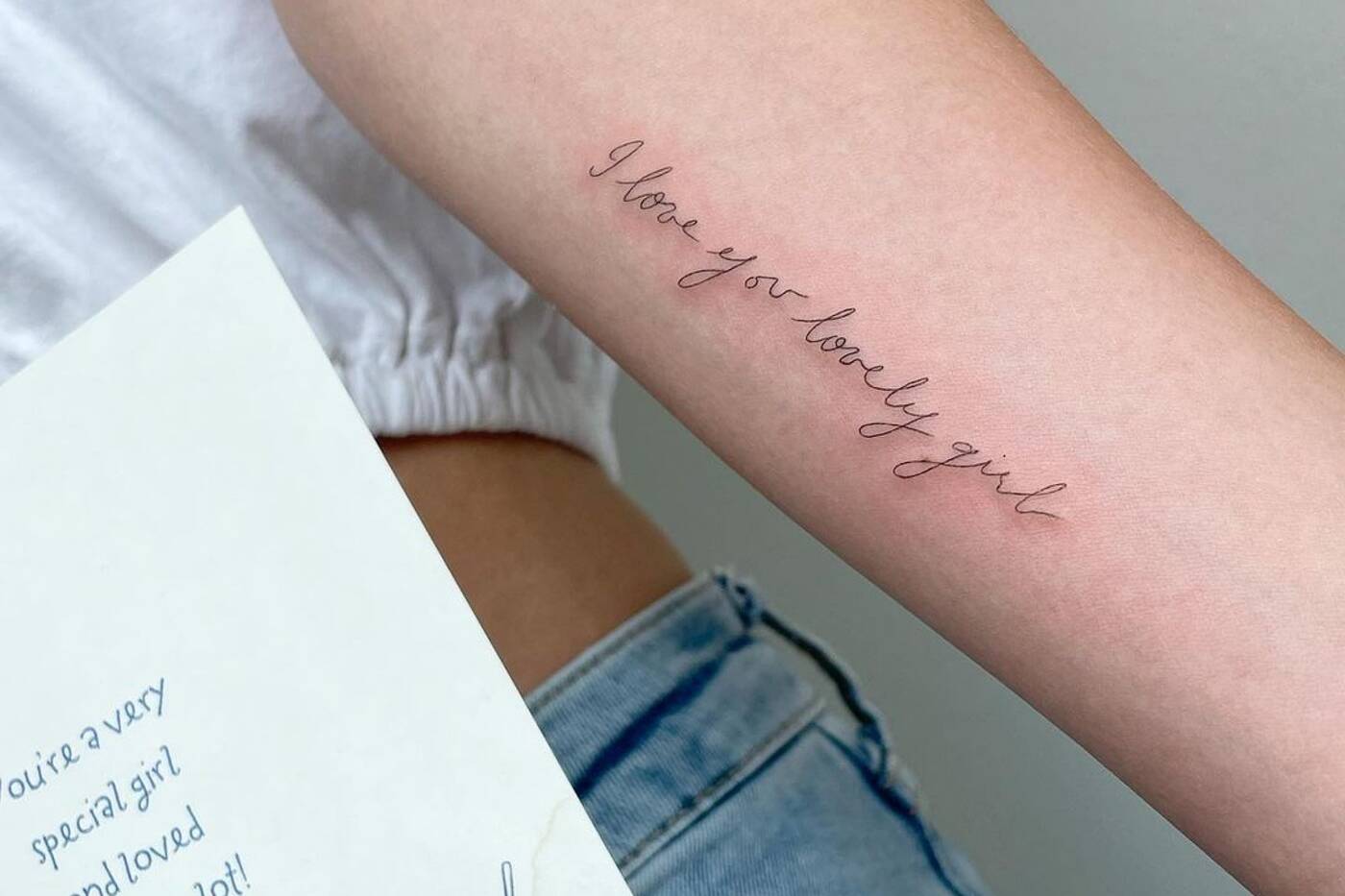 Roman says there is an element of misunderstanding with the skills required for micro-tattooing.

"There are some artists who think a one-inch butterfly done perfectly is not something to be substantially proud of. Not everyone can appreciate the mastery it takes to do something so small and so well." 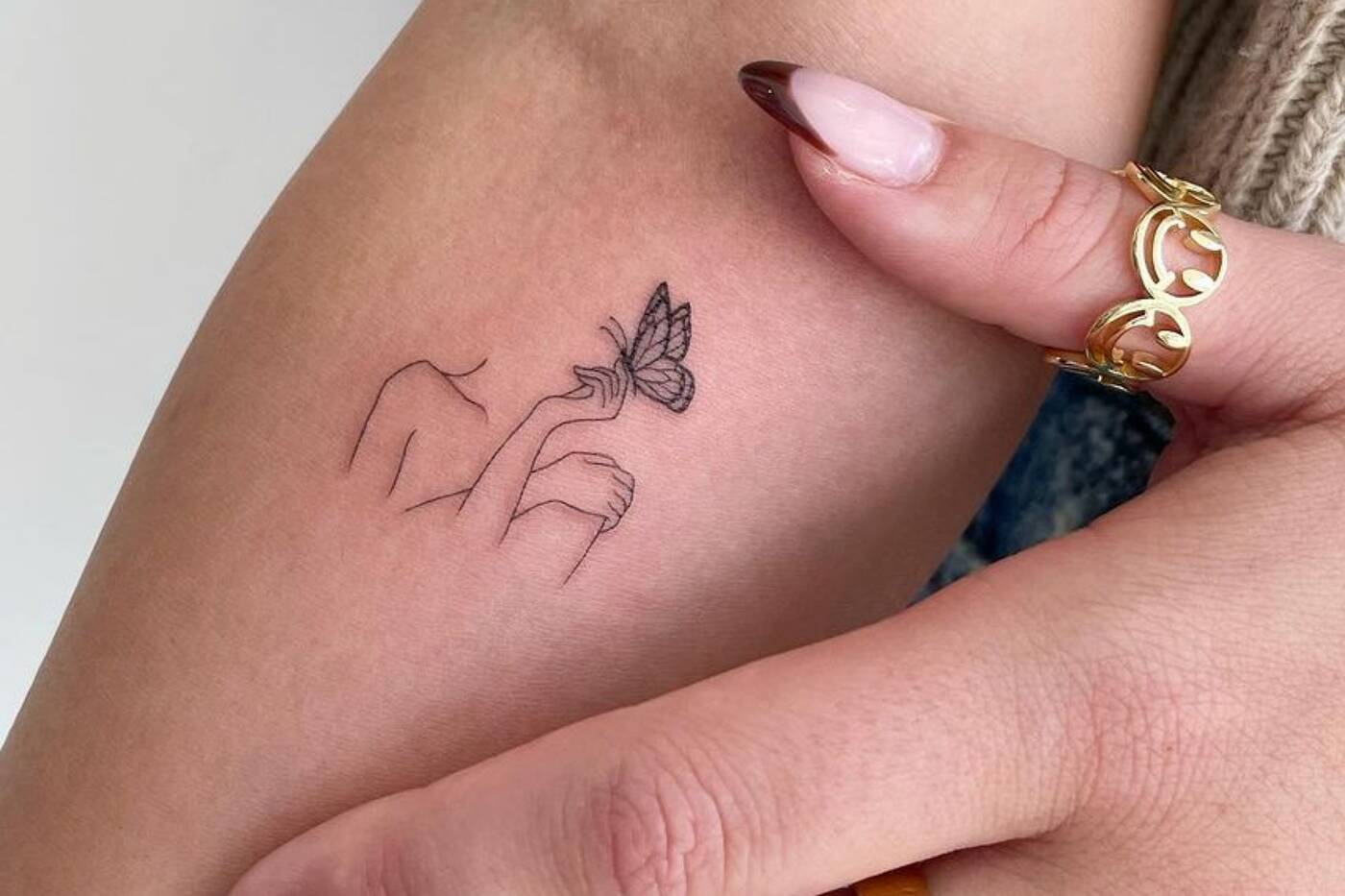 Fine line tattoos can be tricky, and require extreme precision to avoid common technical errors. There is a sweet spot between inserting the ink too shallow and too deep. Shallow application is susceptible to fading and going too deep can result in a blowout.

Roman says it is better to expect a touch-up than risk penetrating the ink too deep and permanently flawing the piece. Most reputable tattoo shops will offer a free touch-up within a specific time frame.

The only time a tattoo may fade entirely is if it's placed on the hands or feet -  these areas experience higher cell turnover, UV exposure, friction, and drier skin conditions. 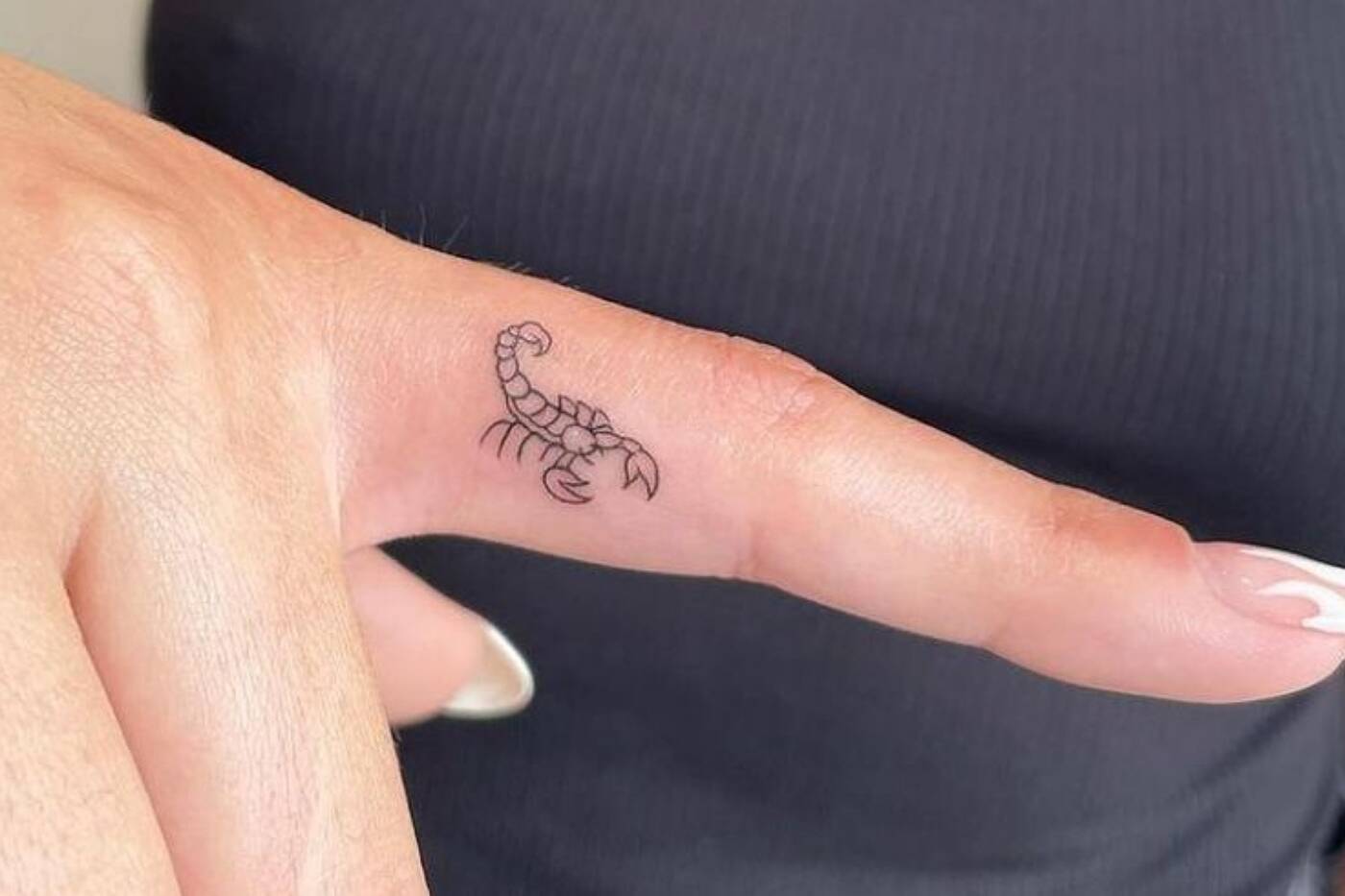 A tiny scorpion on the inner-finger.

Roman reminds her clients to be realistic with their expectations.

"As much as I'd like to think my linework is perfect, there may be very slight inconsistencies. This is a part of handmade art and what makes it unique and beautiful." She says clients need to remember she is not a computer and their skin is not a piece of paper. 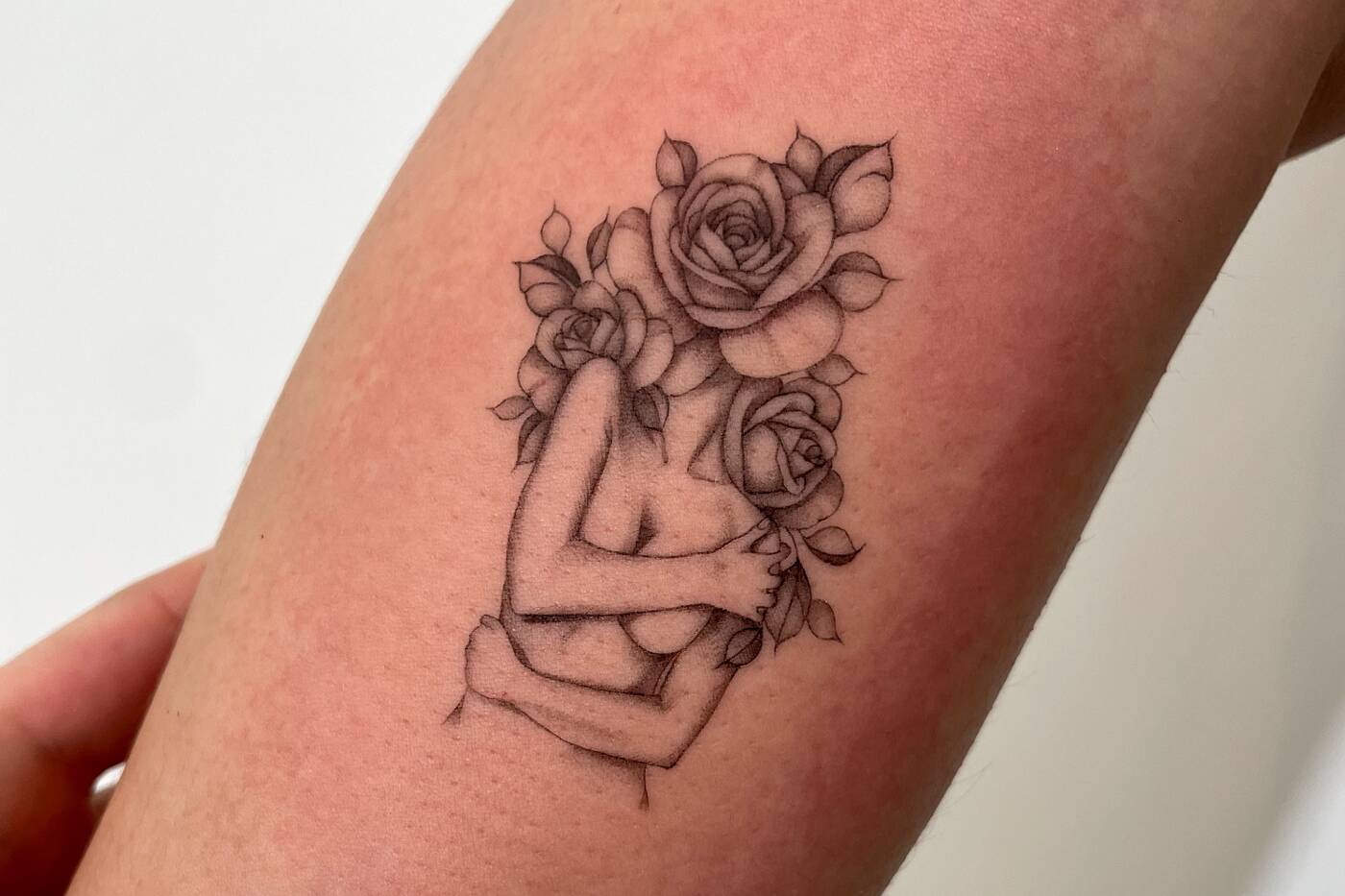 Flowers on the mind.

Roman charges a premium rate that starts at $350 per tattoo. Prospective clients can also test their luck and enter one of her many tattoo giveaways on Instagram - the best part of all: winners can bypass the year-long waitlist.

Chronic Ink is opening its sixth location this month at Dundas and Bathurst near Kensington Market.