Chronic Ink is one of the most reputable custom tattoo parlours in the city, popularized by a roster of award-winning artists specializing in neo-traditional Asian ink.

Their shop on Yonge marks their third location and their first foray into the downtown scene with some impressive real estate in the historic Dominion Bank Building at the corner of Gerrard. 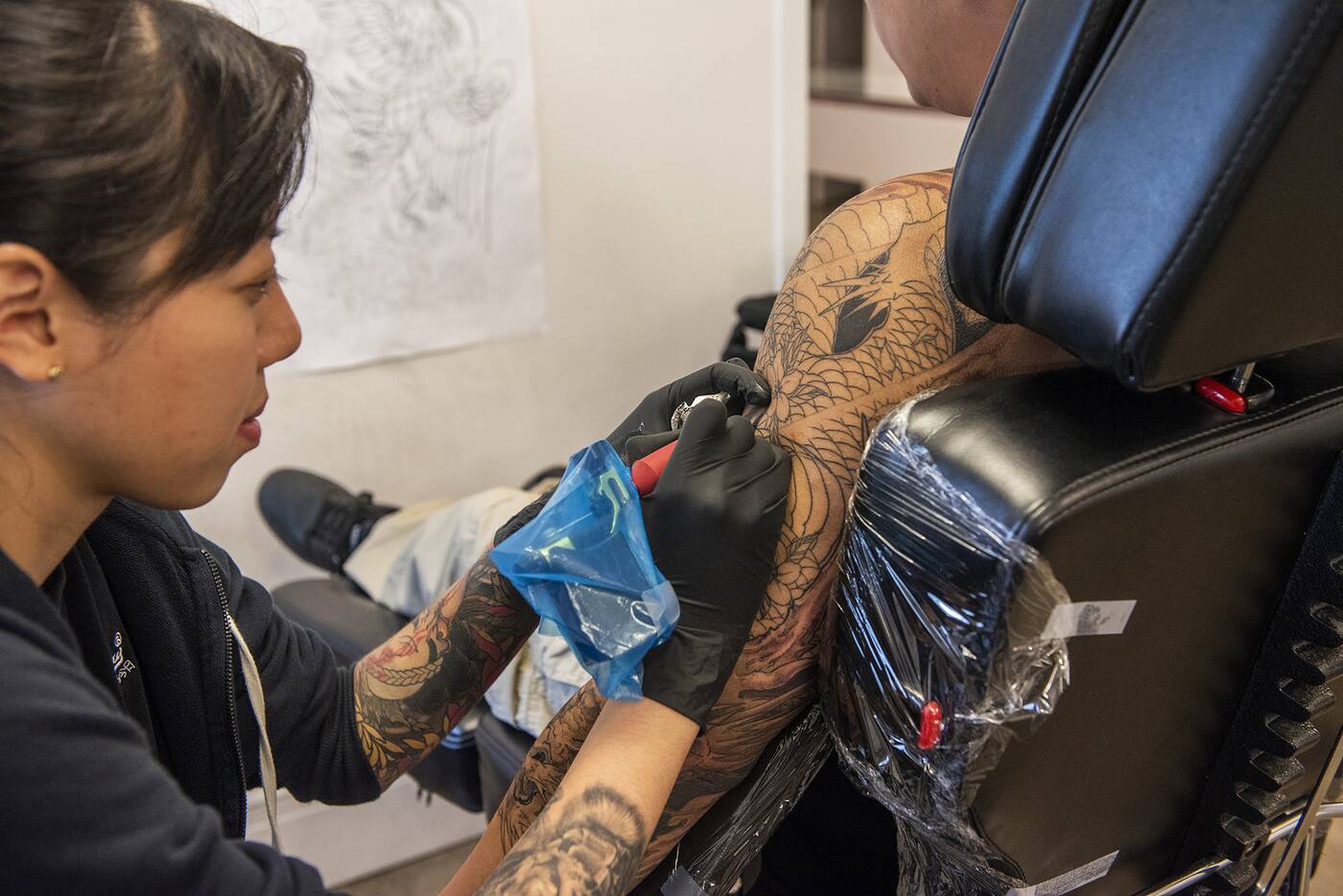 Founded during the era of online forums and suburban street racing, it's been years since Chronic first hit the tattoo scene as a 300-square-foot cubicle in Pacific Mall. 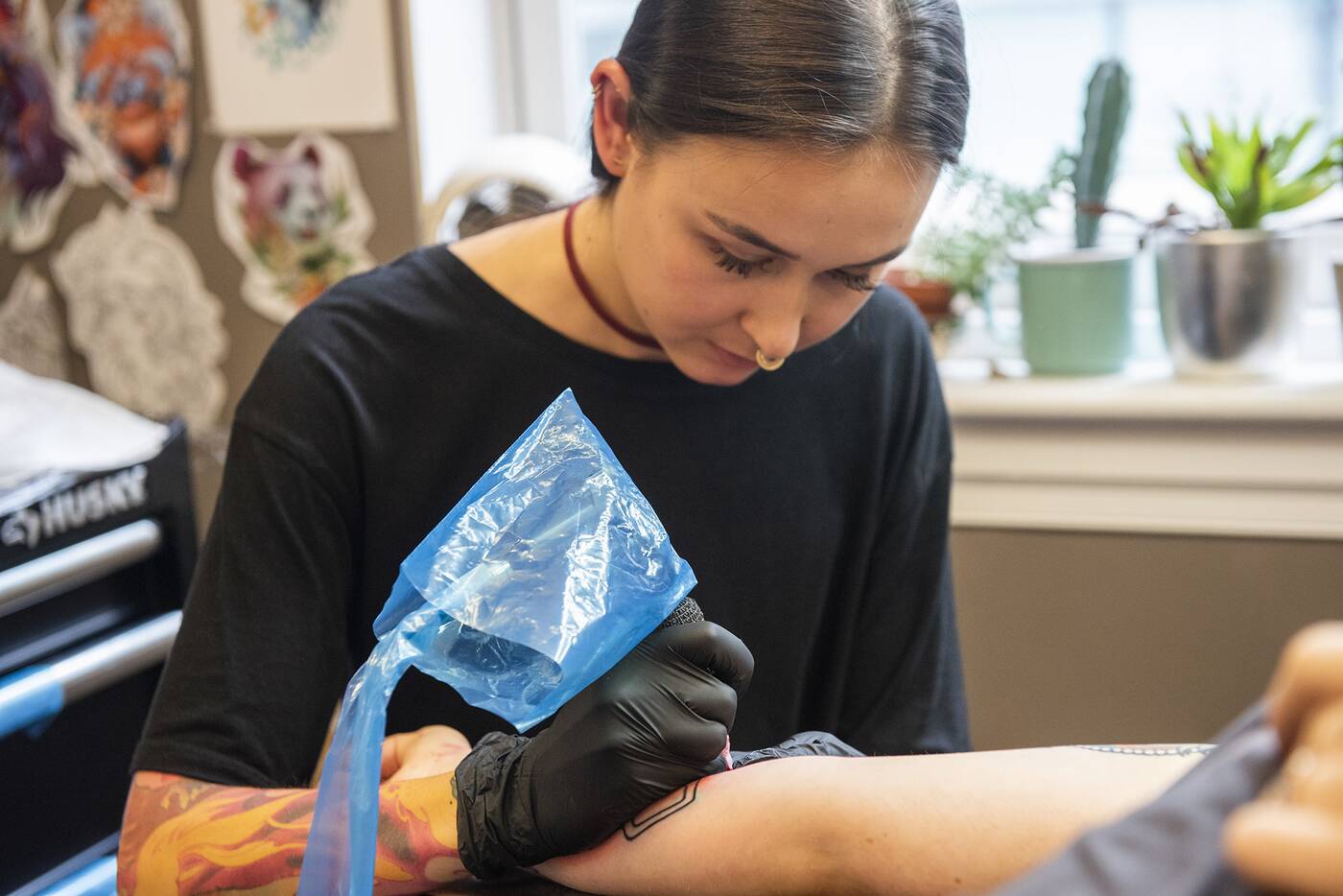 The PMall location no longer exists, but Chronic still calls Markham home with a flagship on Kennedy Road. They've expanded further physically with a second spot at Mount Pleasant, as well as conceptually, with work that spans the spectrum of tattoo art. 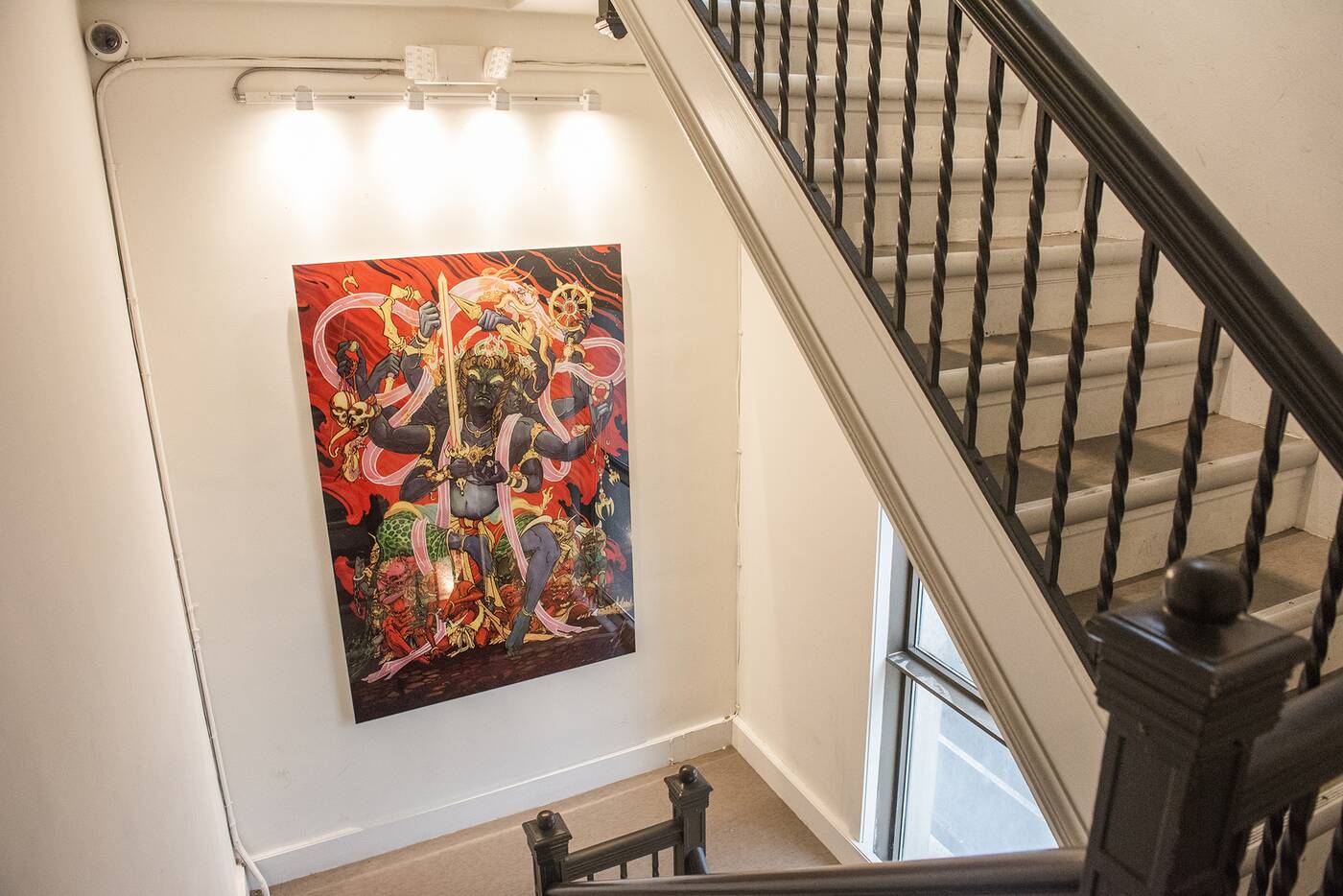 Perched right above the British pub Elephant & Castle on the second floor of the beautiful Beaux-Arts building, this third location is definitely the loftiest: it takes several flights-worth of climbing to get there. 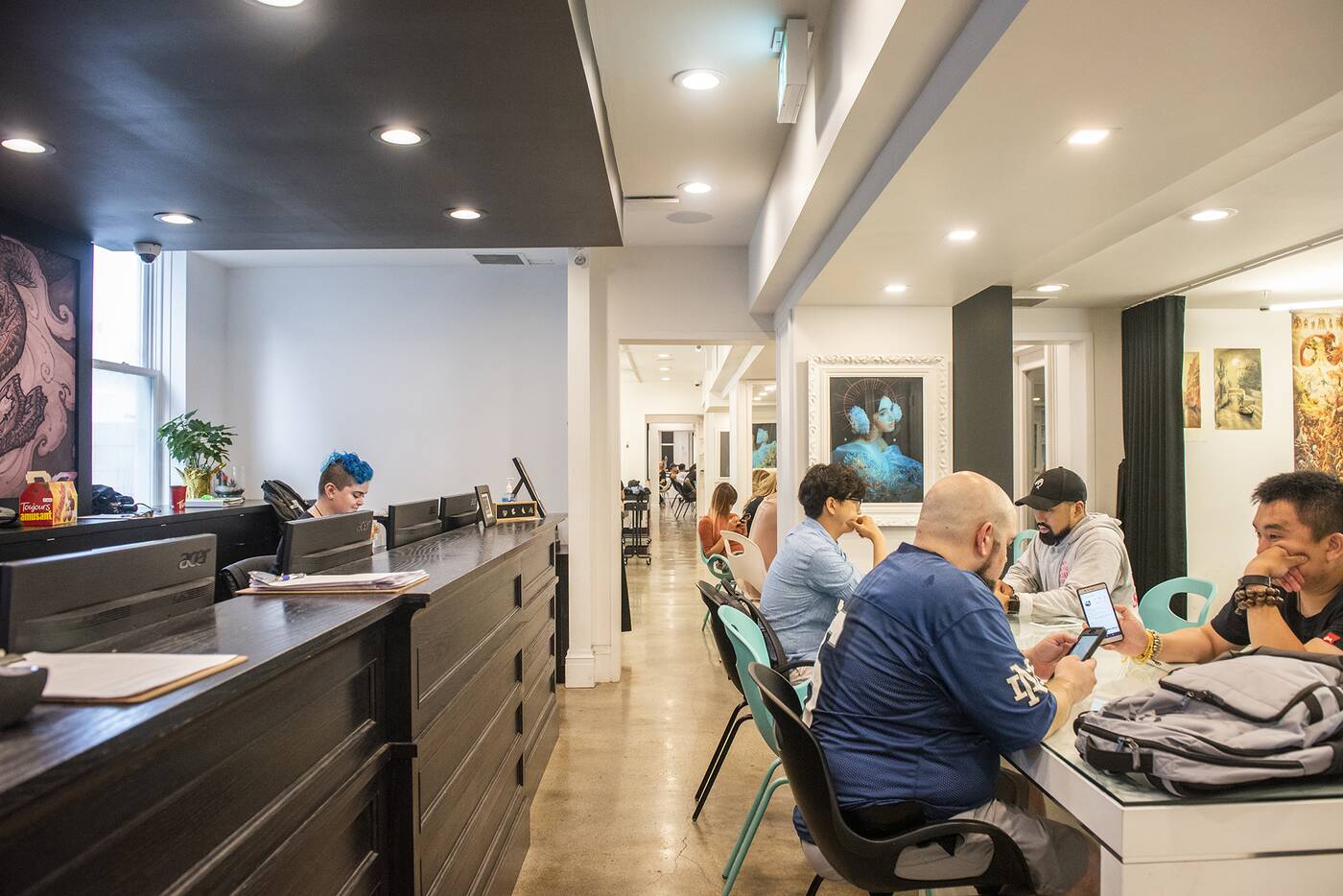 Chronic feels more like a communal workspace than a tattoo parlour. The whole shop is longer than it is wide, with a hallway leading you through a space which, according to Chronic co-owner Ricky Fung, used be a rub-and-tug. 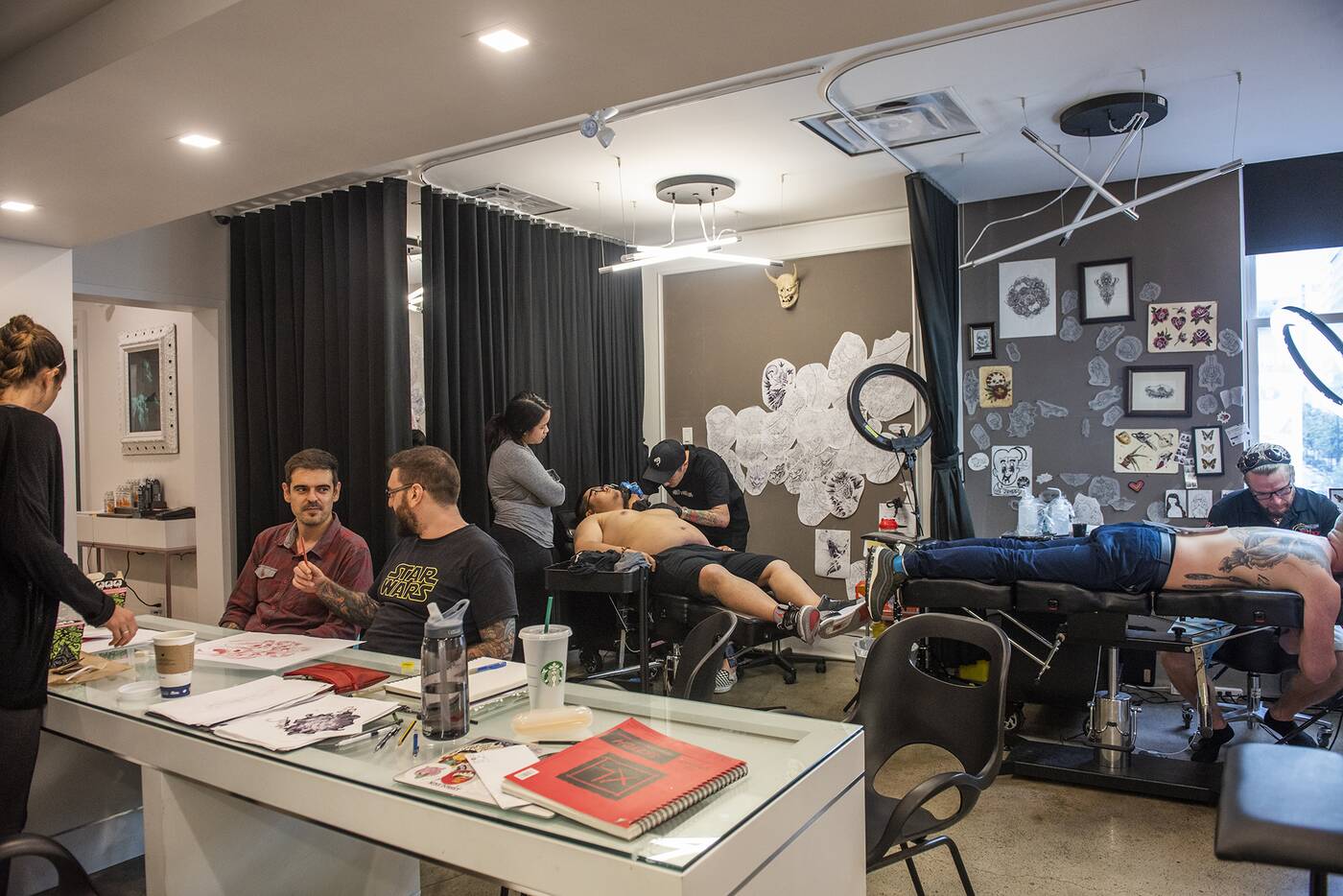 There's definitely a sense of productivity here, and the likelihood is that it'll be busy when you visit. Every section of Chronic features its own long table running down the centre of the room where staff and guests can sit, chat, and work on new designs. 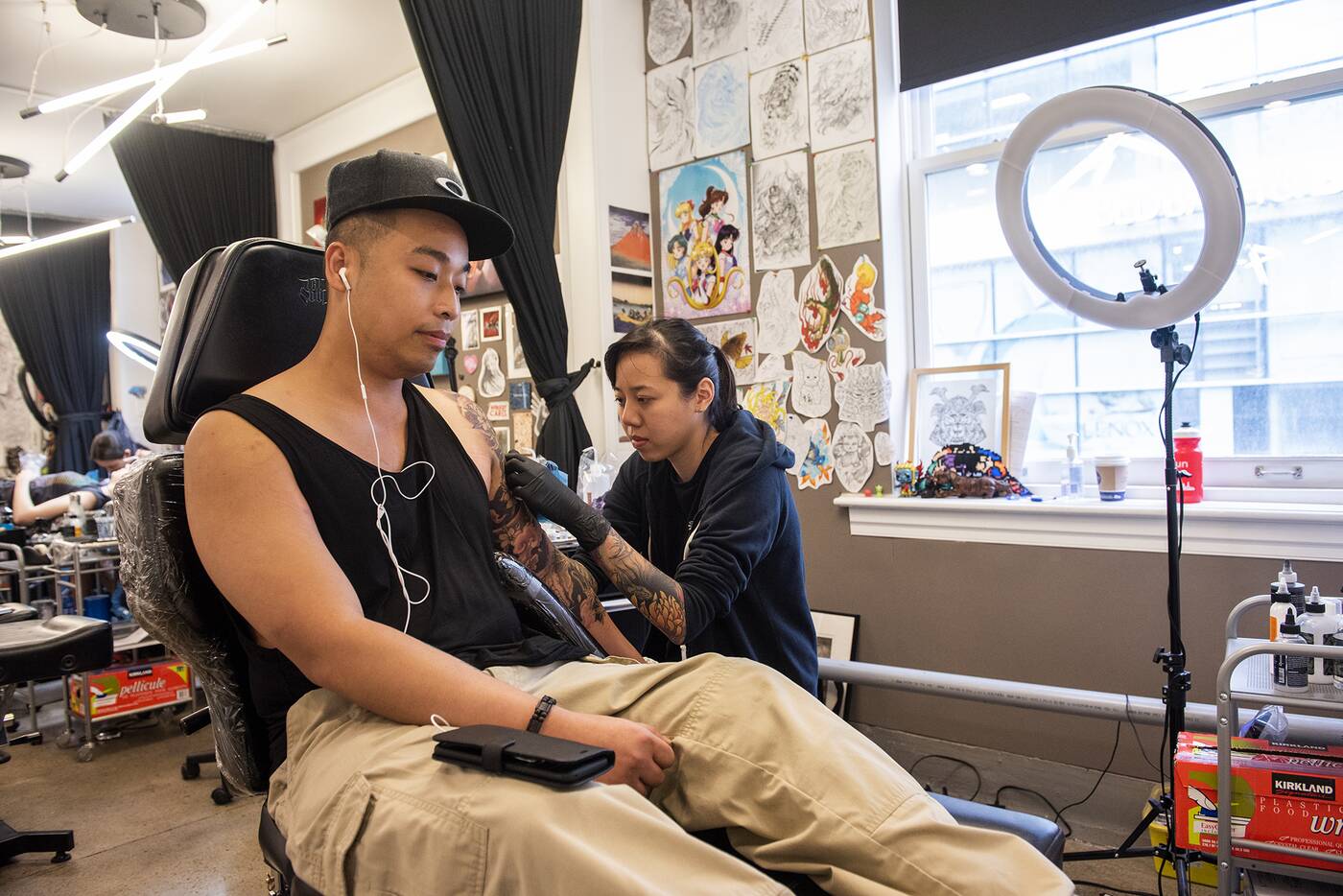 The informal office set up is sort of weird, but it's unique and it works. While the act of tatting takes place closer against the wall, the casual atmosphere of people hanging out so close to the action lends to a space that feels both safe and vibrant. 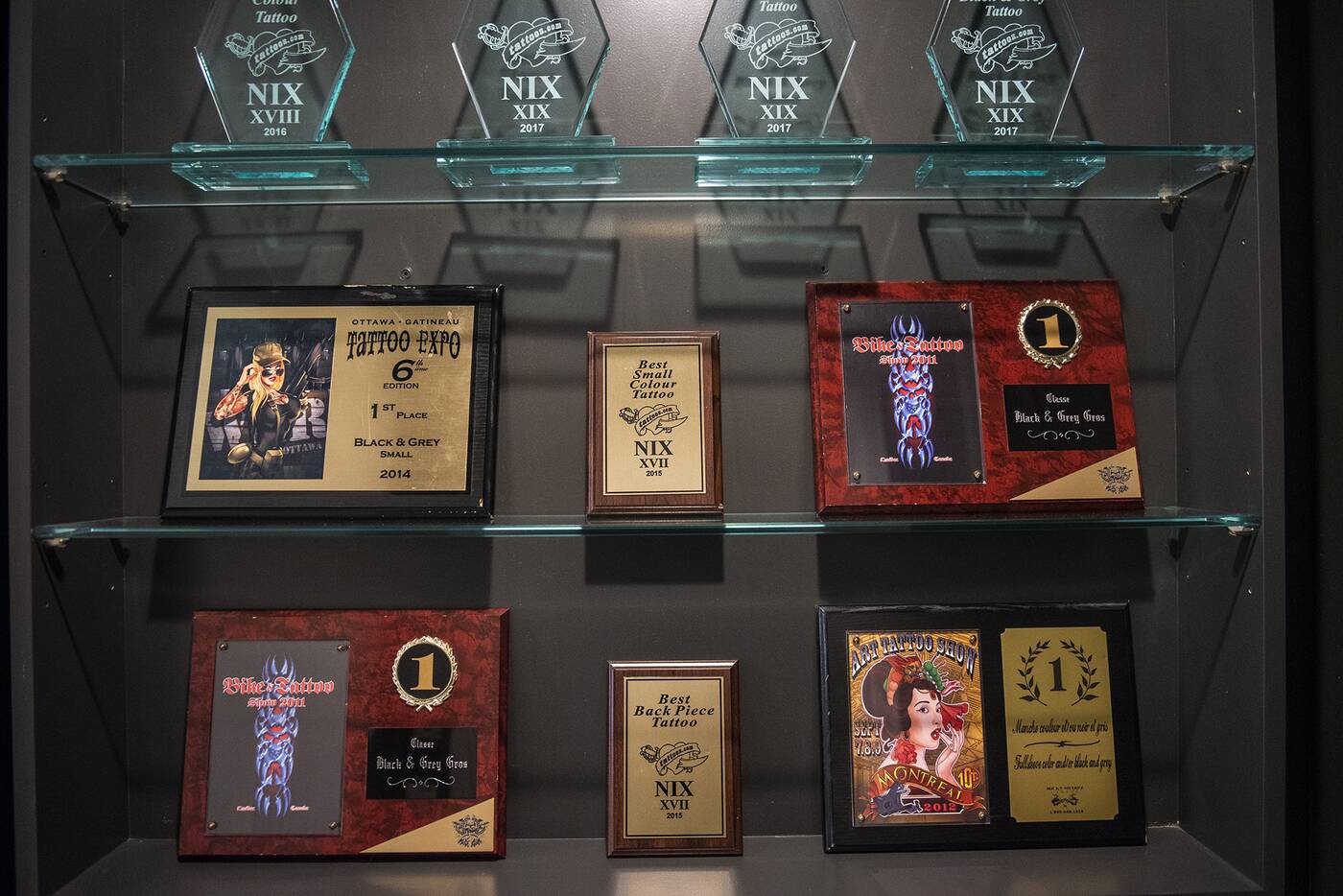 Since opening officially in 2010, Chronic has won close to 100 awards for tats and piercings from NIX and conventions worldwide. Their accolades run the gamut from best sleeves and back pieces to best black and grey work. 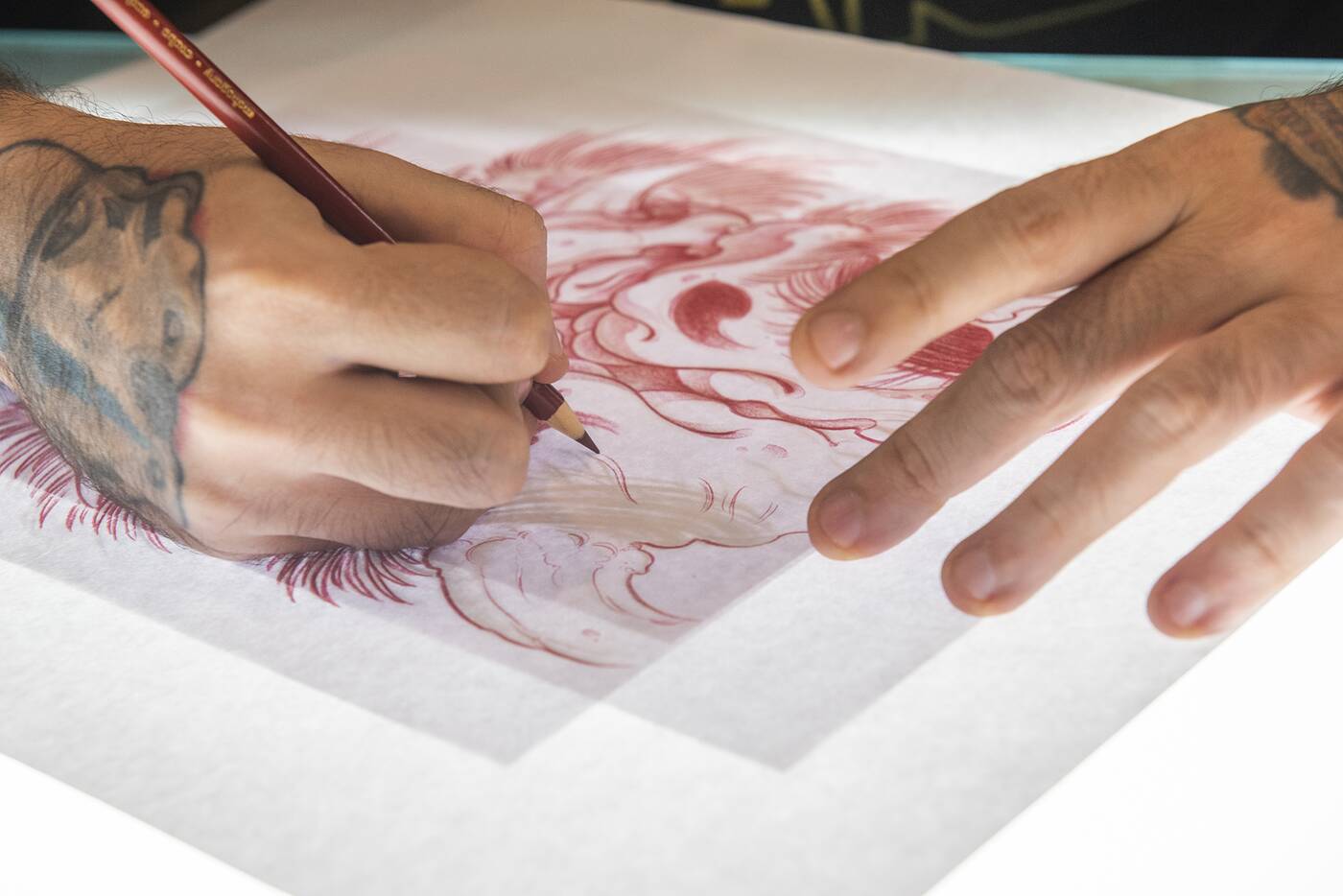 Neo-traditional Asian tattoos are definitely still a big part of Chronic's appeal (if you want a giant dragon back piece, you know where to go) but with a roster of 12 rotating artists at the downtown location, you can get pretty much any other style you're looking for. 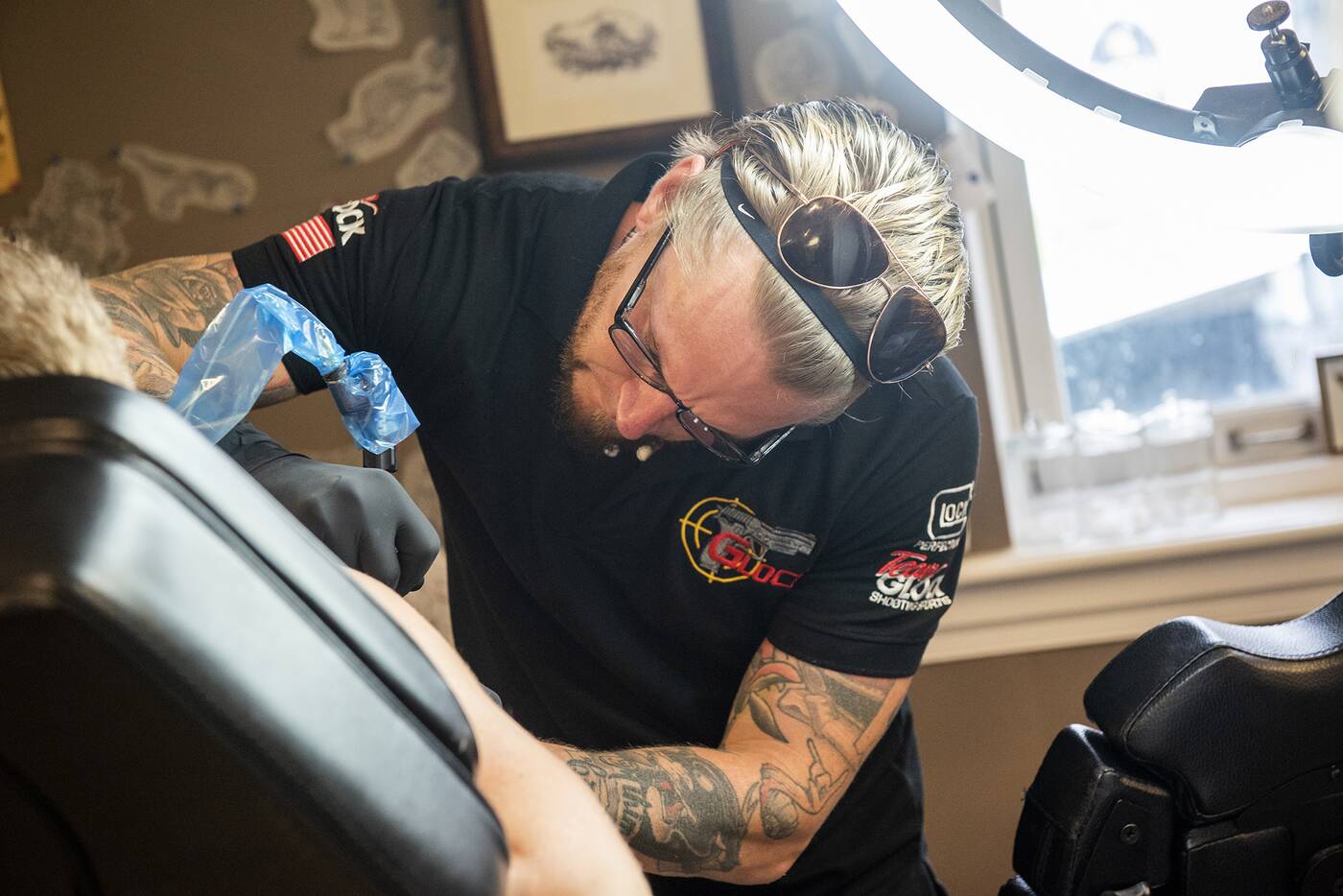 Chronic as a whole has over 45 artists under their name, and will often host international guest artists, whose arrival they'll announce via Instagram. They boast themselves as one of the only studios in the country housing as many as nine award-winning artists on the team. 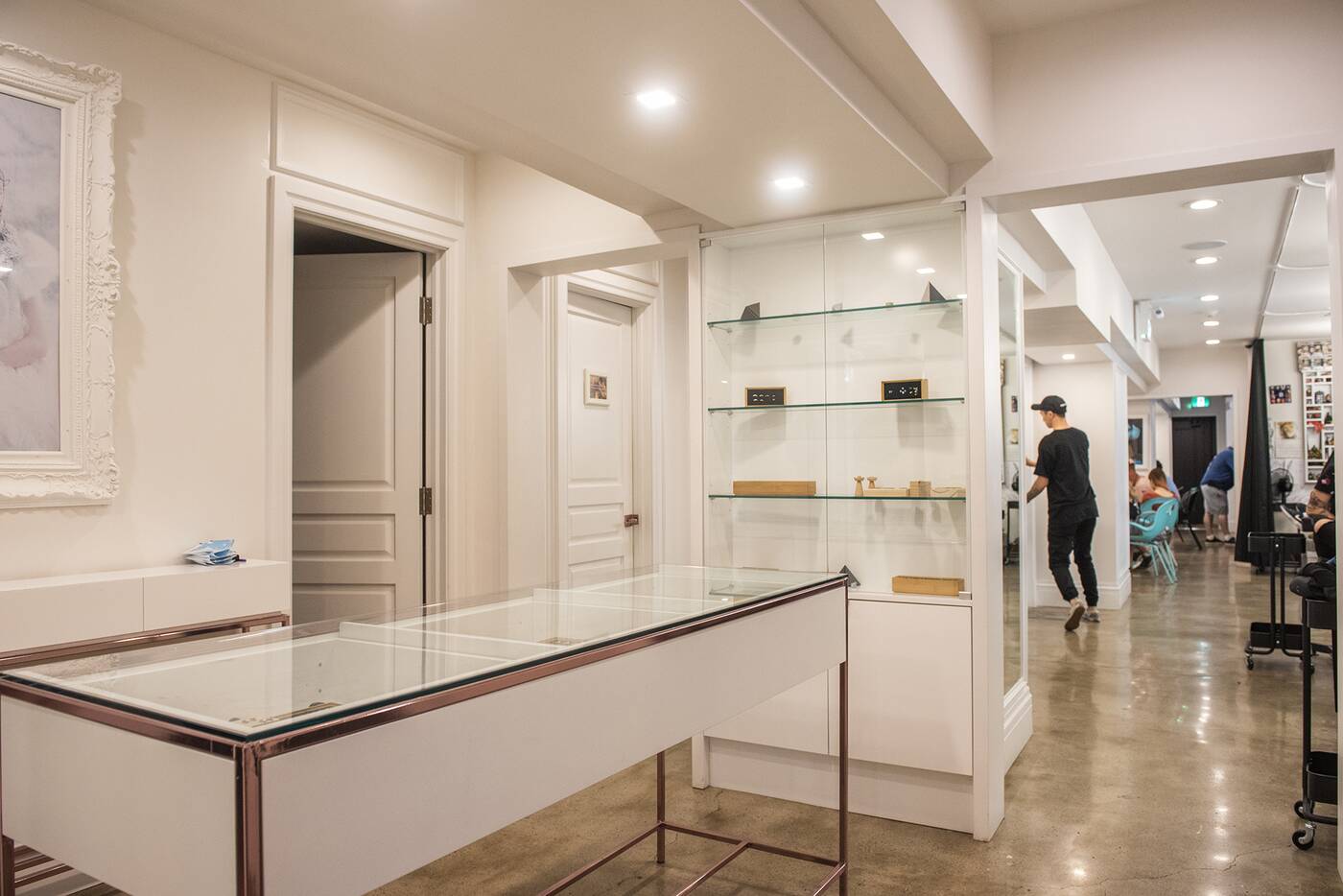 While it's no secret that pre-booking period a tat session can take forever (they've got some tattoos booked four years in advance), there are definitely chances to slip in way earlier, maybe even on the day of. It all just depends on what kind of work you want done. 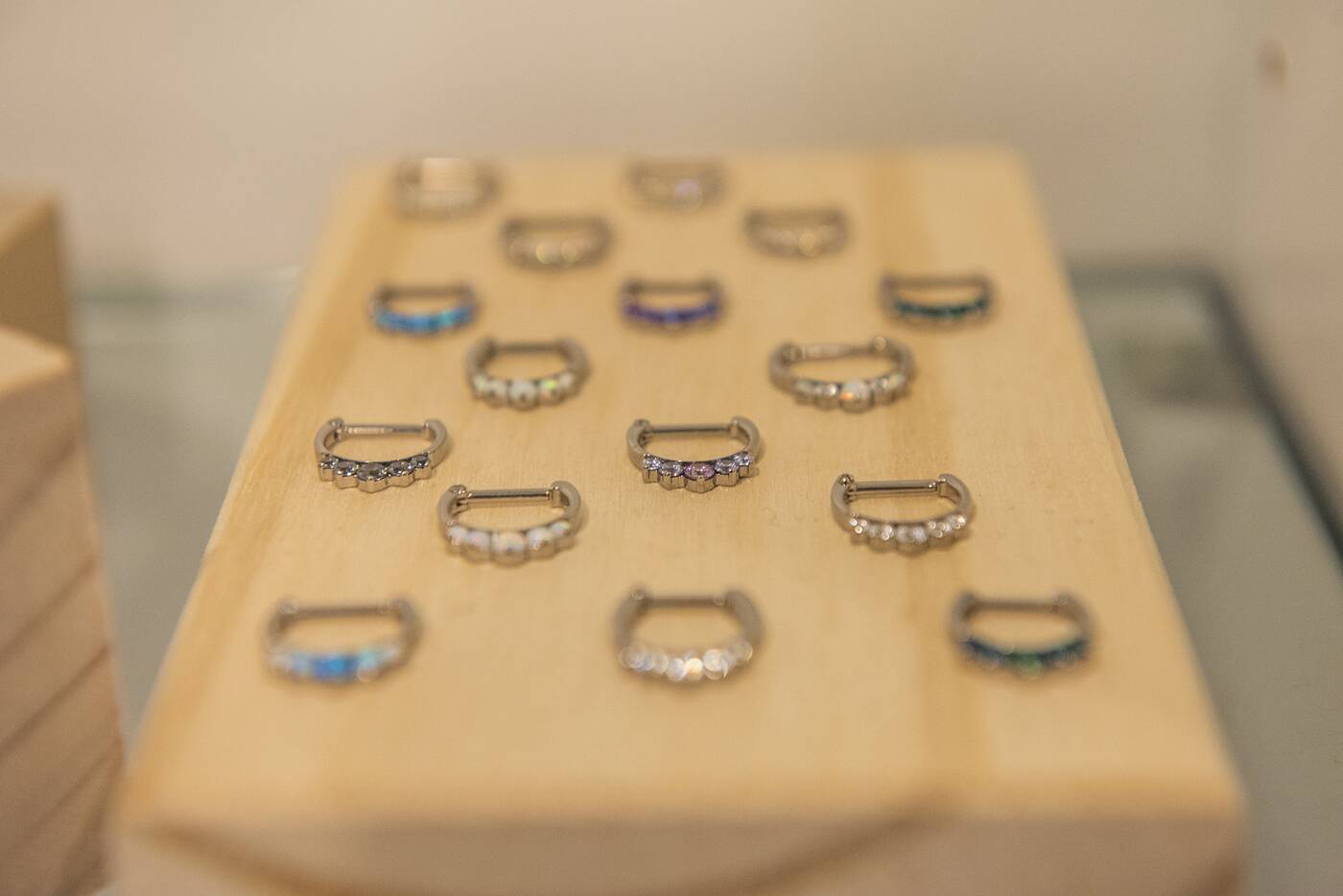 Aside from tats and piercings Chronic also offers laser tattoo removal sessions by certified technicians. It's a procedure commonly done by visitors eventually looking to get a new tattoo from Chronic to cover up old regrets.

With a reputation that precedes it, Chronic comes highly recommended as a trusted place to get inked. An old rub-and-tug in an historic building might not come top of mind as the ideal place to get a tat, but then again, neither did a tiny PMall shop 18 years ago. 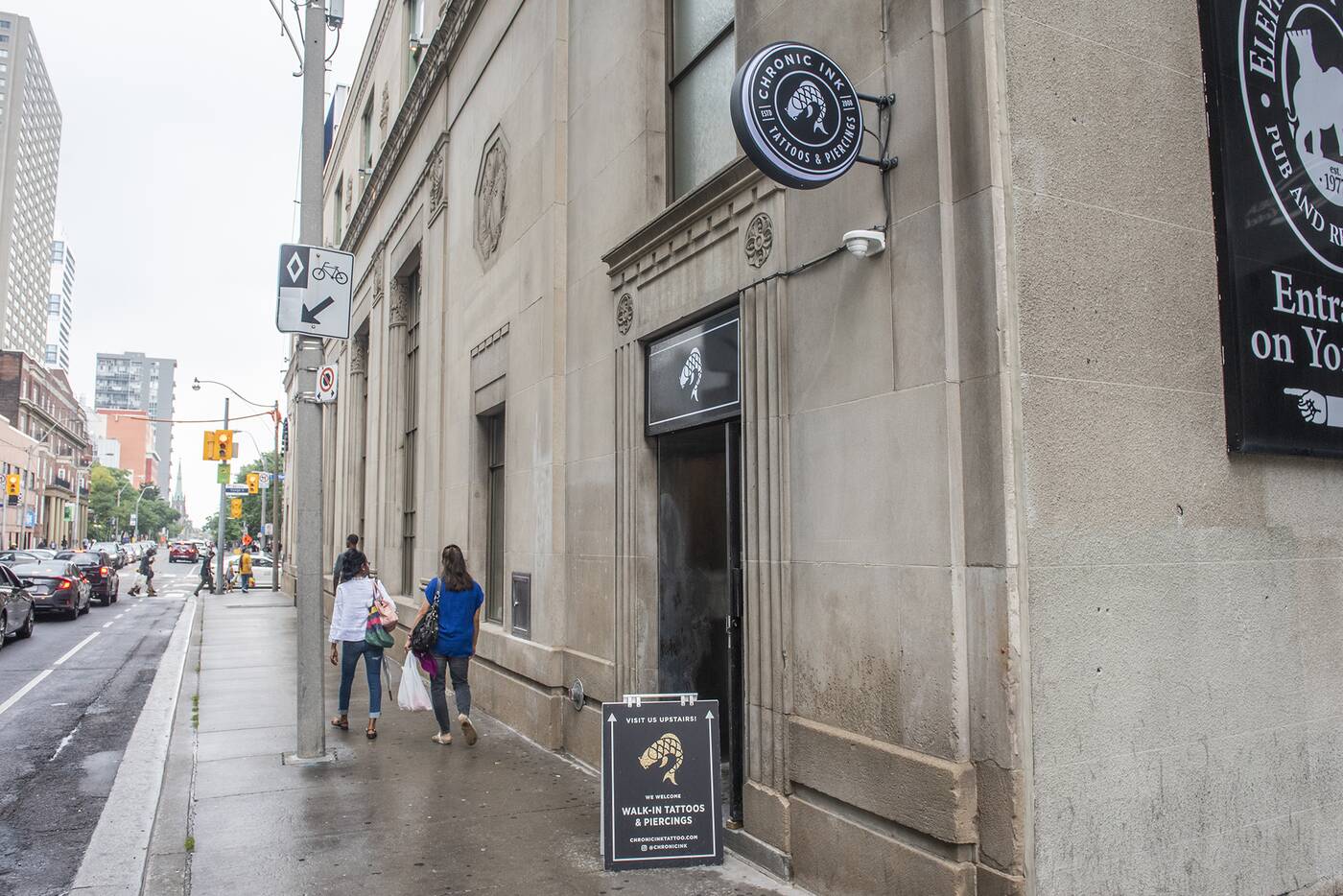 The Best Ear and Nose Piercing Places in Toronto