Tat-A-Rama, more than any of the other tattoo shops we've checked out , has a history. Opening its doors for the first time in '87, many of Toronto's top tattoo artists have worked at Tat-A-Rama at one point. There are only a handful of things that keep a tattoo shop around that long:

The latter is the most crucial, argues Eugene, 46, Tat-A-Rama's owner for the past 18 years. "You can always work hard but you've got to be lucky," Eugene says. "I don't know, just lucky. You need the luck." 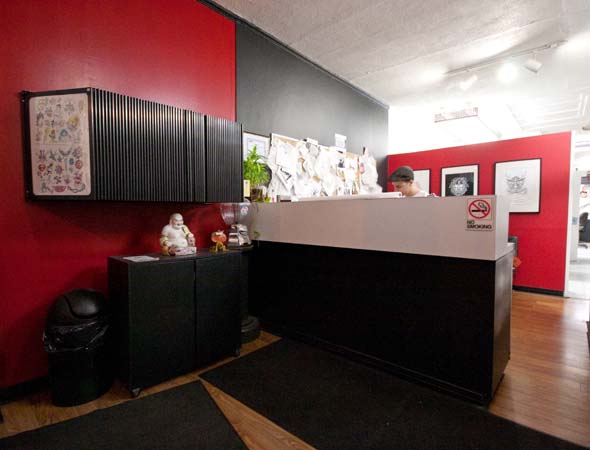 Located in the far west end (Kipling and Bloor), Tat-A-Rama is a simple, unassuming storefront in a mini-strip mall. Broken up into five petite rooms, each space has its own flare and style. It's a comfortable shop. There are skateboards, flash tattoo art and paintings splashed on the walls. 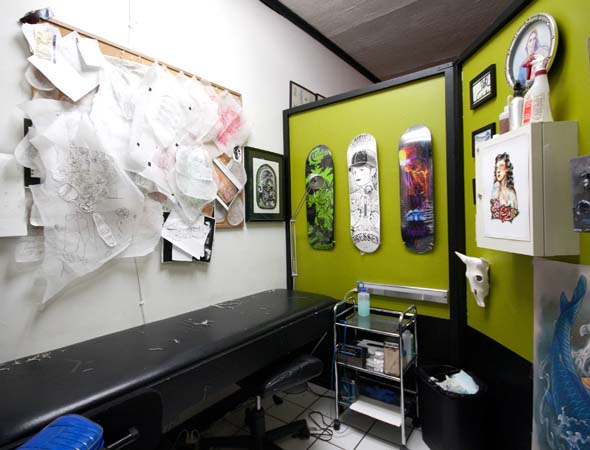 Before we continue on, I want to come back to the luck element. It can't just be blind luck that a small shop in Etobicoke holds some of the most enriched tattoo history in all of Toronto. And it's not, of course.

The original owner was Bill Baker, one of Toronto's best known and respected tattooers, who now runs Pearl Harbour Gift Shop in Kensington.

After a few years, Bill then passed it on to a guy named Oz, who after three years passed on the store key to Eugene. He's been at the helm since. 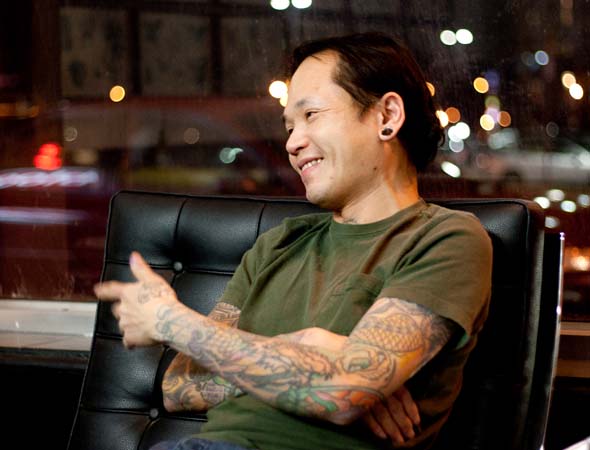 Tat-A-Rama, it's of no surprise, has since harboured some of the city's best tattoo artists. Guys that now work at Passage , New Tribe , TCB and Imperial Tattoo once worked at Tat-A-Rama, according to Eugene. "Dave Wildenboer [who now runs New Tribe] is the reason I started tattooing," says Eugene. "He used to work here, too." 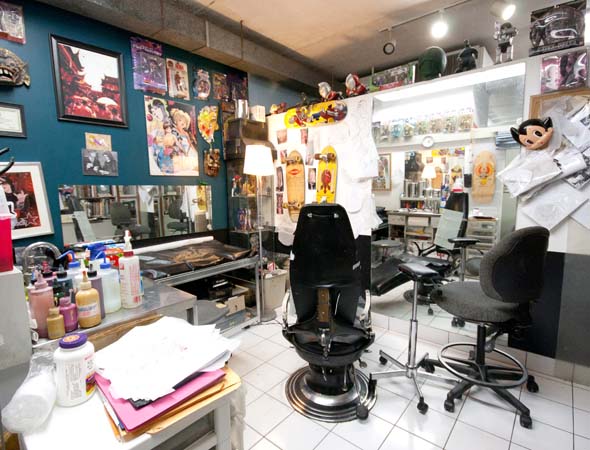 After some more digging into the luck part, I find out more as to why Tat-A-Rama is a mainstay. "Bill Baker is an exceptional artist. And I think in general, you're as good as your teacher.

So as long as good artists work here, it's going to keep the reputation going." Makes sense, and more than this, it seems to work. Well, both that and the promise of delivering on a quality tattoo. 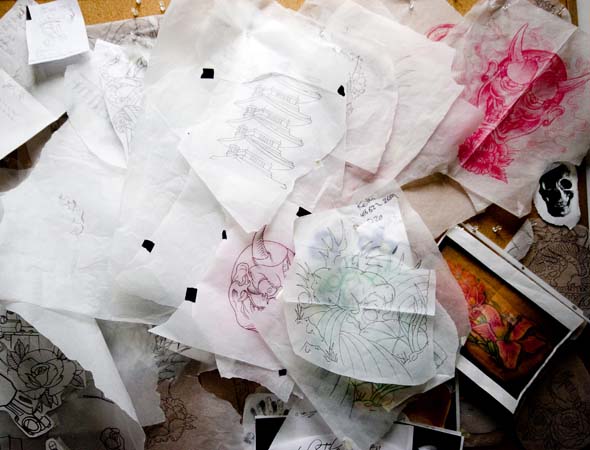 About 15 years ago - a date that Eugene can't exactly pinpoint - they opened a second Tat-A-Rama shop in the Beaches. It now houses just one artist and a receptionist. "The Queen shop just kind of runs itself," he laughs, as he will simply drop by the shop from time to time. 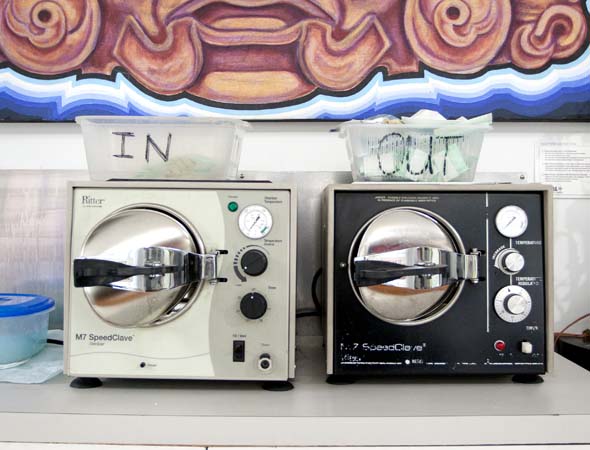 There are now five artists at the Kipling shop - a number that once danced around the 16 mark between both shops, before the recession. Tattoos, it appears, aren't recession-proof. "With a tattoo shop, you always have to go with the flow," Eugene says in his typical, laidback fashion. 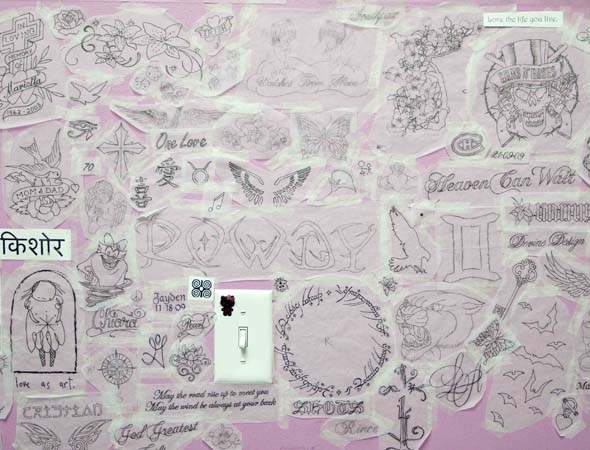 Having been around the city's tattoo scene for so long, Eugene has seen a lot change. He recalls when there were only 10 to 15 shops in the city proper. I have to ask his opinion on today's tattoo scene. I open a can of worms, it turns out.

"Every year a new shop opens and every year another shop closes," Eugene begins, hinting at a common occurrence. "I got nothing against other tattoo shops, but there are too many tattoo shops around," he laughs, lighthearted. 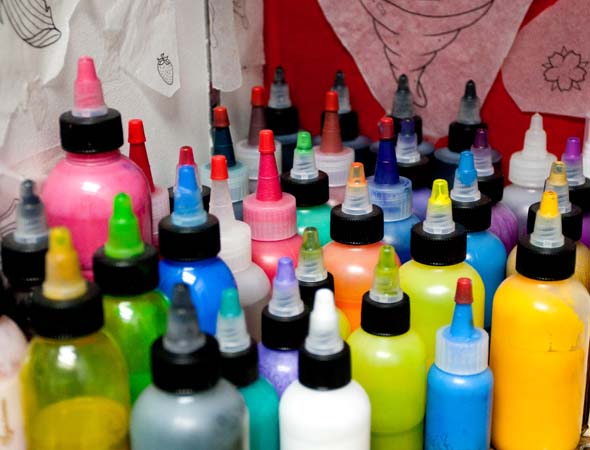 "The TV show ( La Ink, Inked , etc.) gave people a better view of what a tattoo could be," he openly opines. "But nowadays, because of the TV shows, people are opening tattoo shops left and right but they're not delivering the same quality of tattoos. So it makes tattooing look bad again."

"I'd rather have my guys work from the bottom up than hiring someone that went to a tattoo school. They didn't learn anything, to be honest." 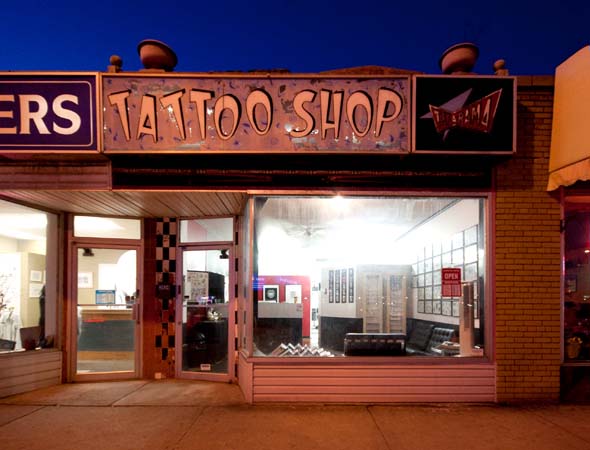