Chaos reigns at the last remaining Zellers in Toronto, where massive lineups and archaic cashier systems have prompted staff to close the store seven hours earlier than usual every day.

The Zellers in Etobicoke—which, aside from Ottawa's Bell Corners holdout, is the last in the country—is due to shutter its doors forever on January 26. 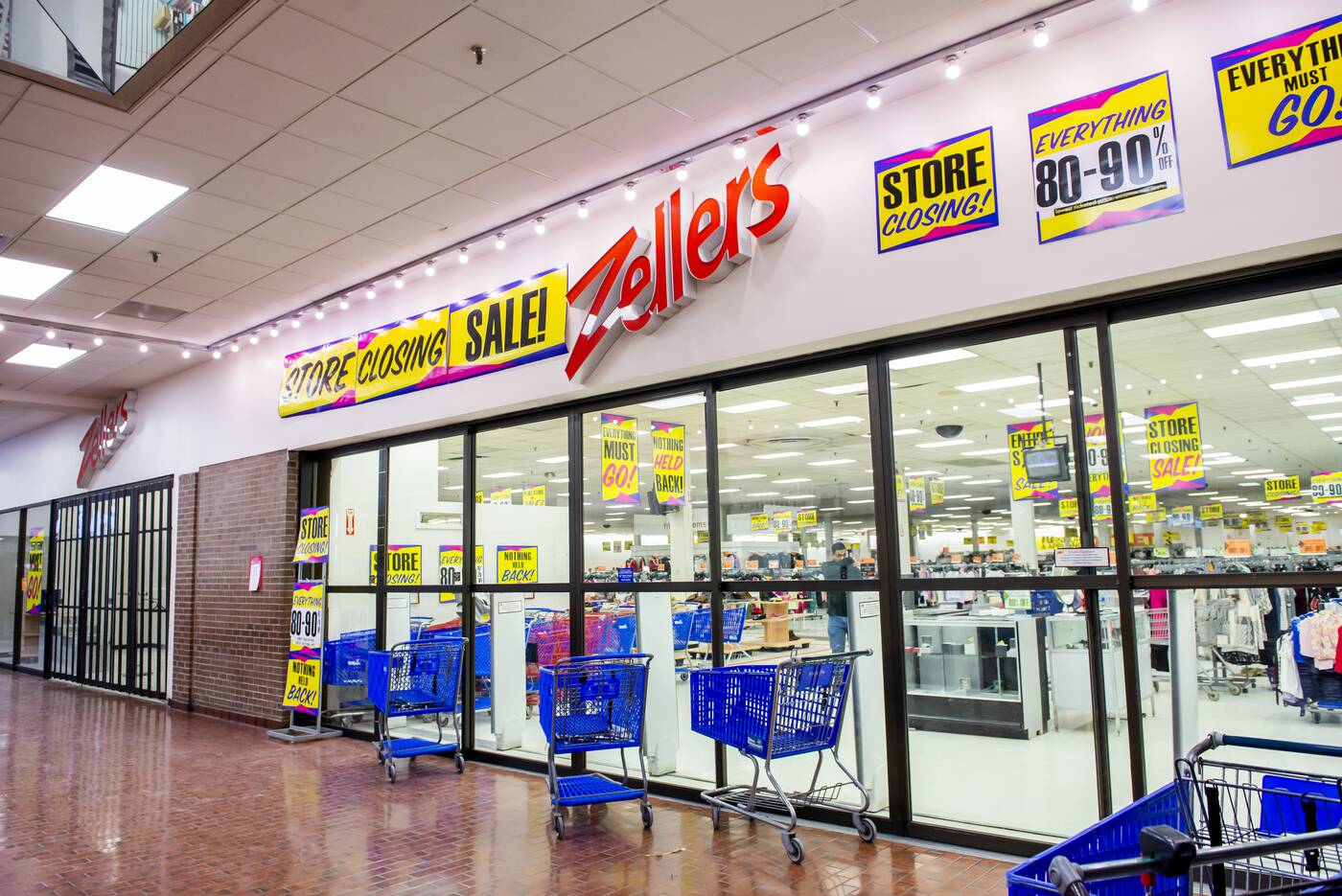 The Hudson's Bay Co. is closing the remaining Zellers stores in the country.

As the store clears its inventory to make way for the next tenant, huge sales have sparked a kind of frenzy at this usually sleepy plaza on The Queensway.

Queues of shoppers hungry for price-slashers (anywhere between 70% to a whopping 90%) have been filling up the store daily, starting outside before 10 a.m., when it opens, and lasting until as late as midnight, well past the closing time of 9 p.m. 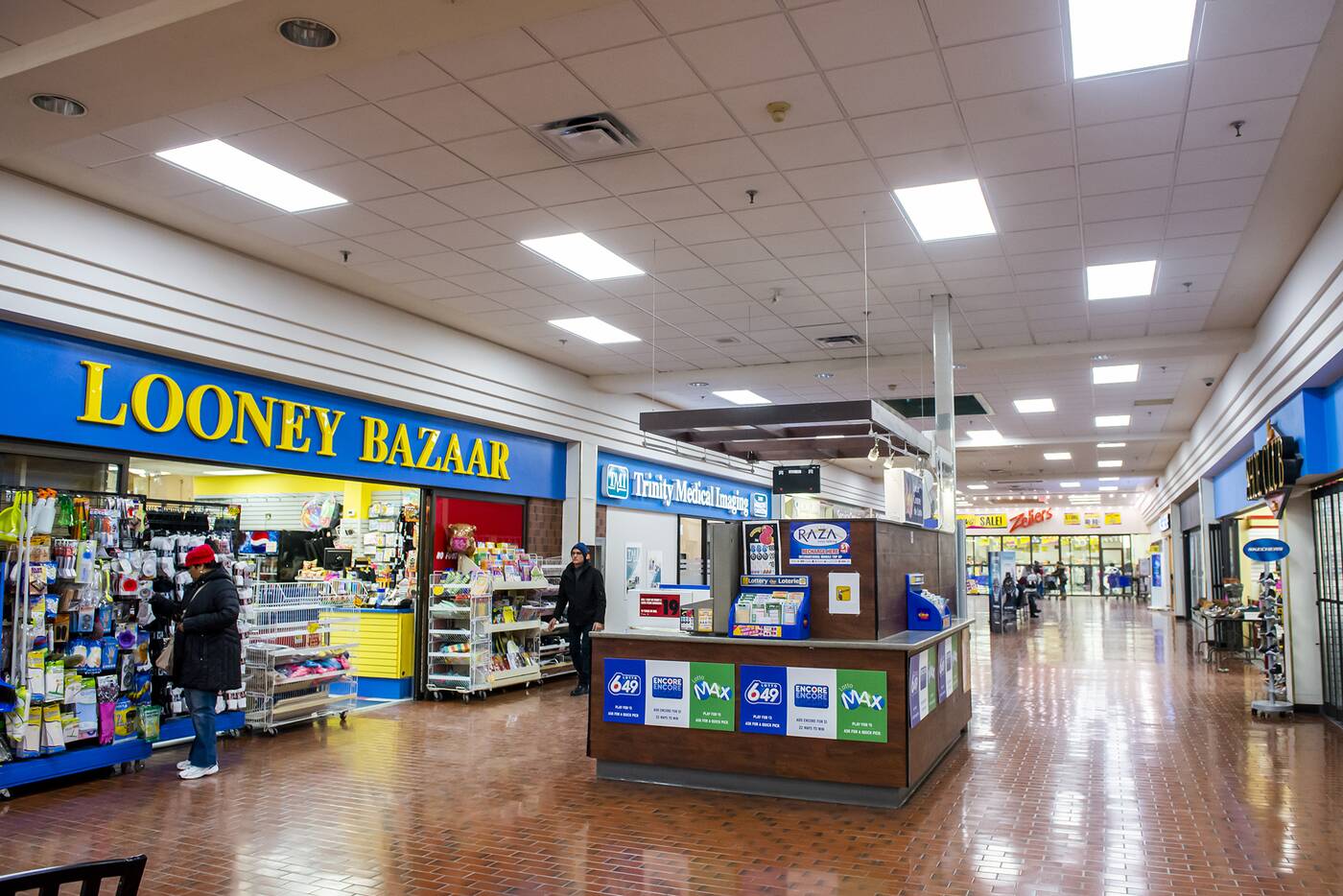 Etobicoke's Zellers in a Queensway plaza is the last location in Toronto.

It's forced Zellers' visibly exhausted staff to bar customers from entering the store past 2 p.m. since the beginning of the week.

But even then, the lines of people who managed to squeeze into the store before then stretch on until the sun goes down.

Cashiers, who for some reason, must manually enter discounts for each item brought to checkout, are forced to ring in shopping carts piled high with stuff. 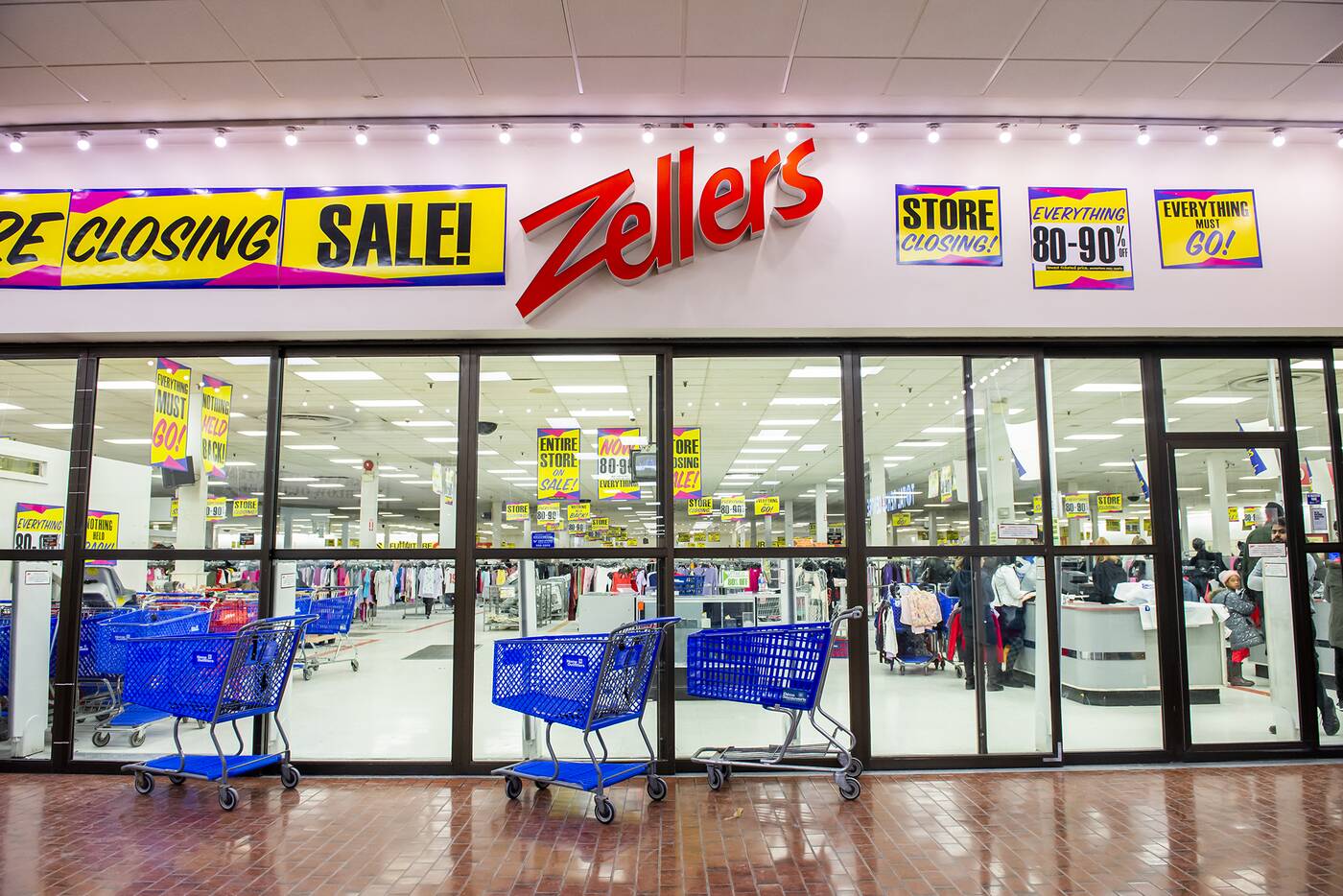 Under the flickering fluorescent light, the process looks tortuous. Meanwhile shoppers who've missed the cut-off time swerve the abandoned blue carts outside to press their noses against the glass to watch the scene.

One woman outside the store says she's travelled from afar to get inside, but has missed the cut-off two days in a row. She lingers by the entrance, waiting for the security guard to open the sliding door for exiting customers, determined to sneak in.