Toronto's hype beast contingent is out in full force today for a chance to buy something — anything — from an exclusive sneaker drop at Livestock on Spadina.

The sneaker in question is Kendrick Lamar's Nike Cortez Kenny III, and the sale is part of a larger pop-up shop for the California rapper's TDE: The Championship Tour, which takes the Budweiser Stage both Monday and Tuesday nights.

It's drawing a crowd, to say the least. 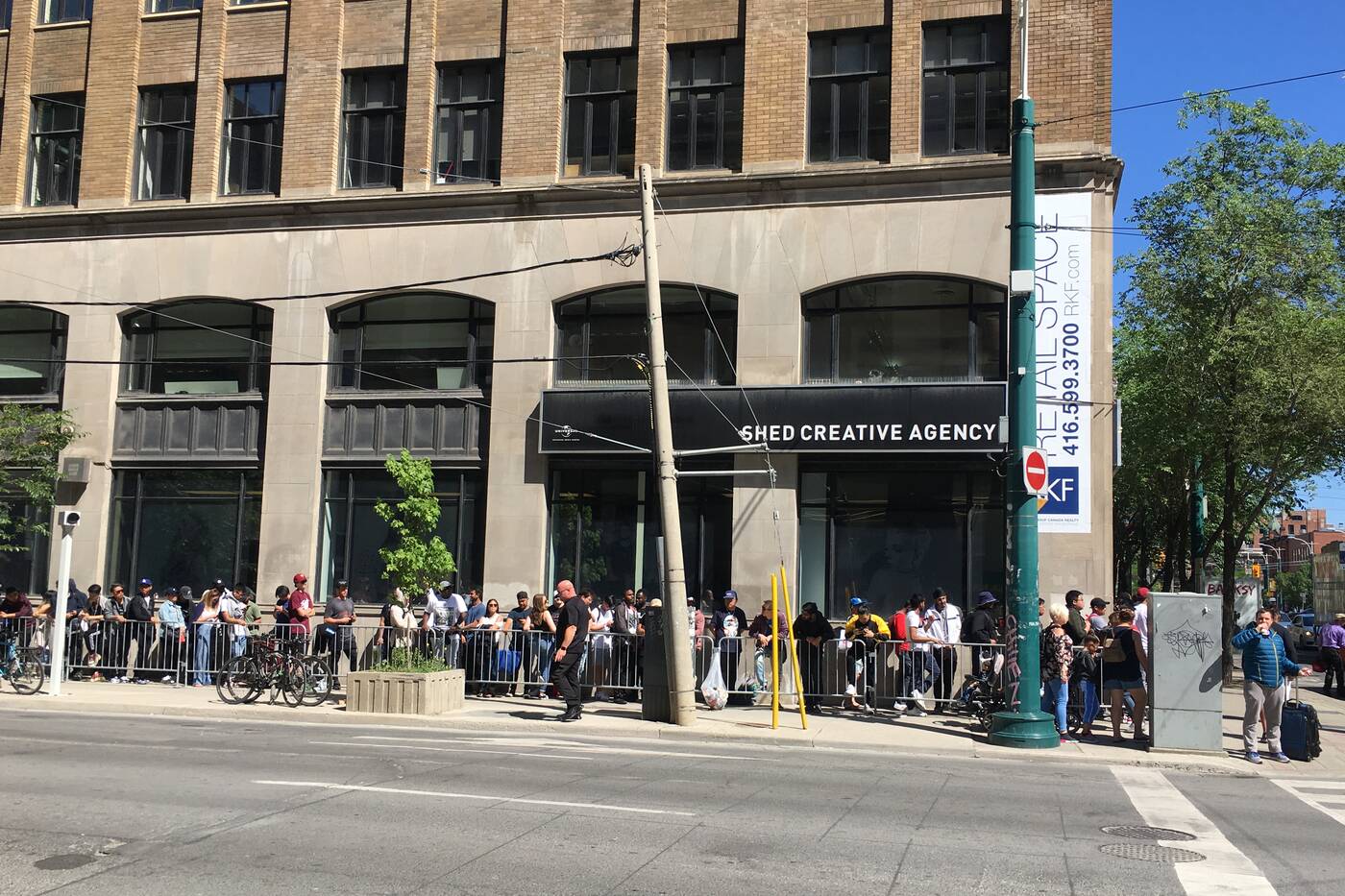 The Champion Shop, as its being called, will be open from 10 a.m. to 6 p.m. on both Monday and Tuesday, but lines appear to have started forming well in advance.

By 10:30 a.m., hopeful shoppers could be see lined up outside of Livestock at 116 Spadina Ave., down and around the corner of Adelaide Street, all the way to Brant Street.

It is truly one of the longest sneaker lines I've ever seen in Toronto.

Last year, Lamar actually showed up to greet the crowd at a similar pop-up in Toronto ahead of his July 25 show with Travis Scott at the ACC.

It's hard to say if he'll show up again this year, or what day he'll show up on. Unlike last-year's Damn Tour pop-up, The Championship Shop runs longer than a day.

With so many people interested, it's also hard to say how many of them will actually get the Nike Cortez Kenny IIIs.

Either way, customers will be able to purchase other things from the Nike x TDE Capsule Collection, as well as custom tour merchandise from Lamar and his touring mates such as SZA, Schoolboy Q.