Toronto is getting a Kendrick Lamar pop-up

If you've been trying to cop some clothes from Kendrick Lamar's official merchandise line for a while now, get ready.

Livestock Canada has announced that it will be hosting a Kendrick Lamar TDE pop up shop for 2 days next week, on June 11 and 12, at its Spadina location.

The Champion Shop, as its being called, will be open from 10 a.m. to 6 p.m. on both Monday and Tuesday, with lines starting at 8 a.m. according to the event's organizers.

Not-so-coincidentally, Lamar will be in Toronto on June 12 to headline Top Dawg Entertainment's The Championship Tour at Budweiser Stage.

It's hard to say if he'll drop by the pop-up, but Livestock does promise that the shop will feature the exclusive Nike Cortez Kenny III sneaker, the Nike x TDE Capsule Collection, and other custom tour merchandise from Lamar, SZA, ScHoolboy Q and more.

Expect lineups and potentially some disappointment if you don't get there early enough to snag what you want before it's gone. 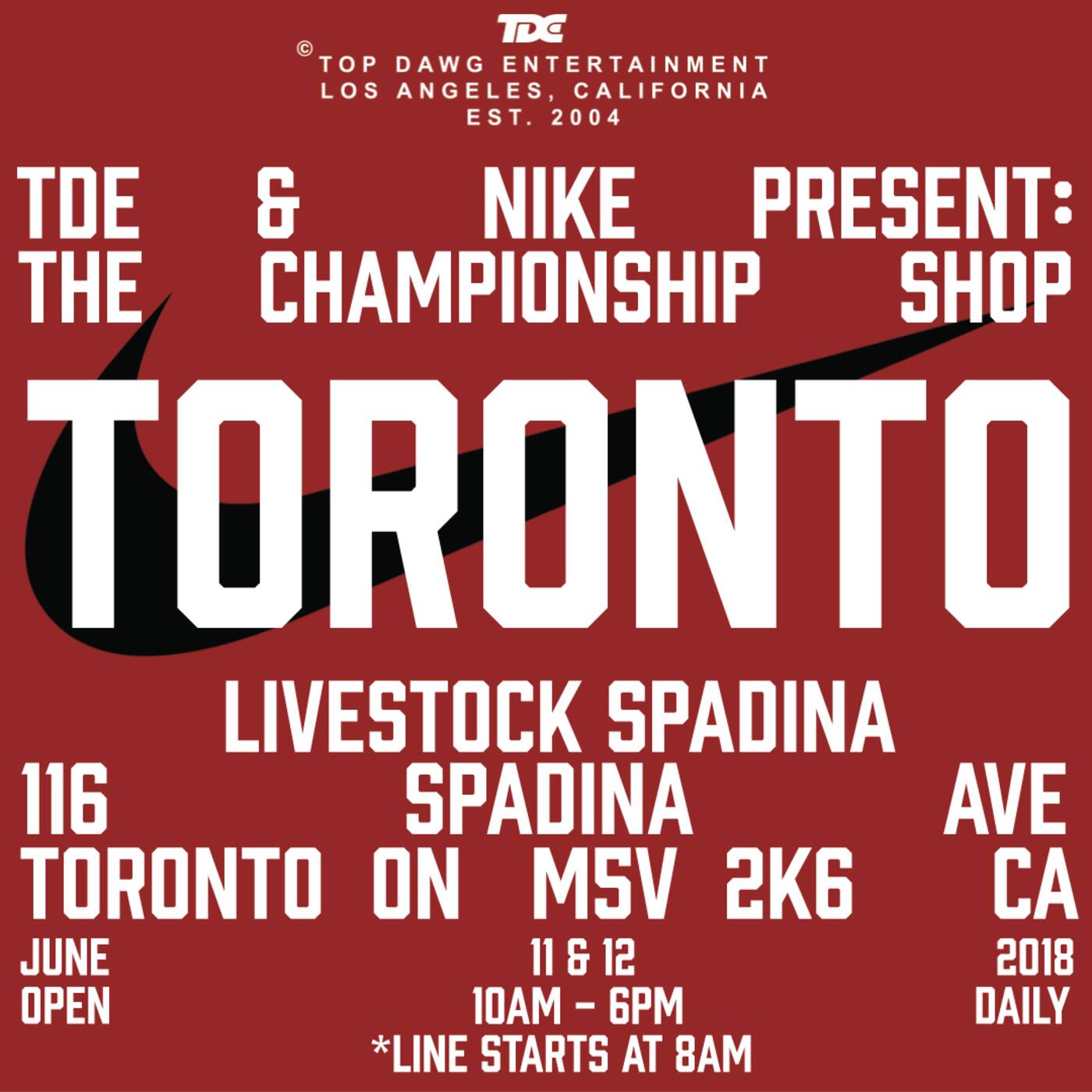