NADA in 3-D: fashion on the big screen

For her fall/winter 2010 presentation, Shepherd commissioned a seven-minute 3D film to showcase her clothing. The fashion media filed into the Scotiabank Theatre this week and donned their 3D glasses to get a peek at this fashion first. 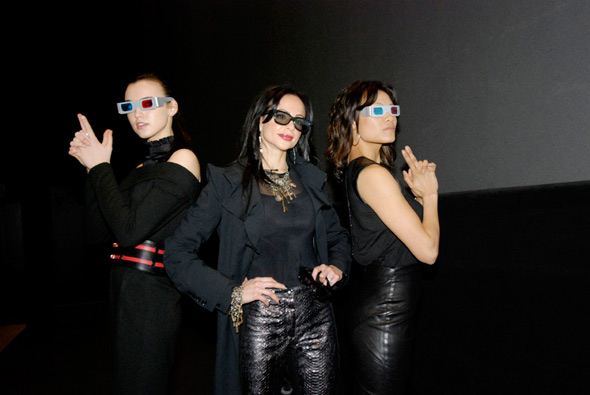 "I've wanted to do a video for a while," said Shepherd at the post-screening Q&A. "But I was waiting for the right season to do it. This seemed like the right one, due to the futuristic element to the clothes."

The film features a martial arts motifs (wire-work and all), with model Madison Schill choosing NADA pieces to wear for Mortal Kombat-style battle (one features a lead pipe, but neither character, sadly, chooses the brass knuckles option). Local artists provided the backgrounds for the fight sequence settings.

The dialogue is cheesy and the fight-scenes unconvincing (these are models, after all), but it was a refreshing break from the usual parade of looks down the conventional runway. Better to at least try, and miss the mark creatively, than to stick to the same-old, same-old, I think. 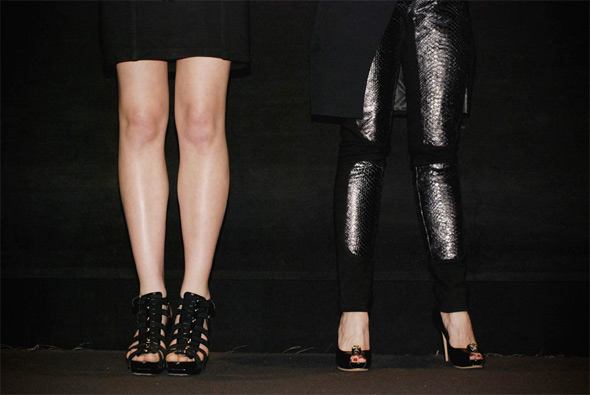 As for the collection itself, I liked it much less than last season. The Asian influences and swathes of draped fabric felt a little more Comrags than NADA's usual punky sexiness that I've come to love. Yes to the leather-shouldered red coat and the big-shouldered peplum topper, and the python leggings. No to the short turtlenecks, patterned shifts, and Thriller-like crimson jacket. Anything that reminds me of raver fashion is a big, fat no-no. 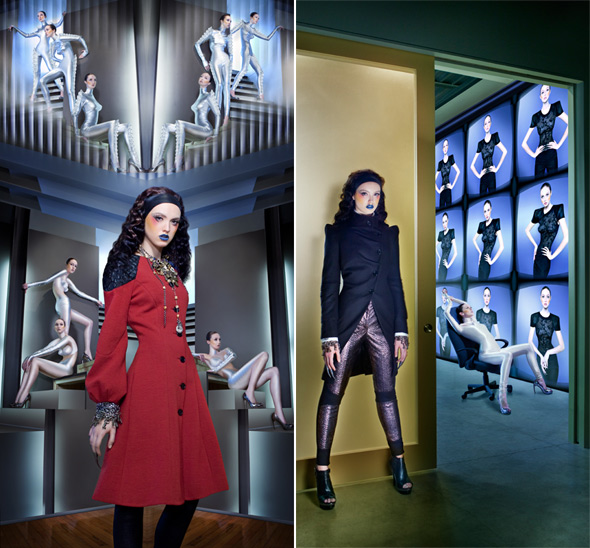 Shepherd laughed off the rampant fashion-world rumour that the movie had cost her two million dollars to make, but she did acknowledge that it was a cost-efficient way to reach a more international audience. "The idea of what a fashion show is has become quite stagnant," she said. "The audience for this is much wider." 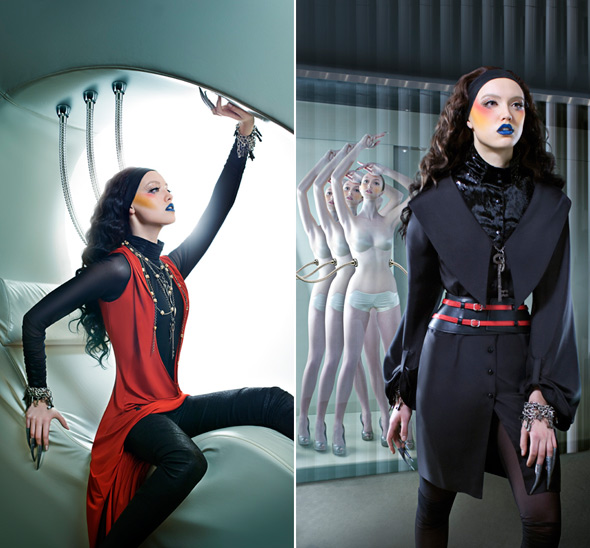