Timbits have become ingrained in Canadiana since Tim Hortons introduced the donut holes in 1976. Fast forward to the present, and you'd be hard-pressed to find a hockey practice or early-morning construction site clock-in anywhere in the country without a box of the iconic bits present.

Timmies is celebrating 45 years of peddling these bite-sized sugar and saturated fat delivery systems with a roundup of the most popular Timbit flavours across Canada this year, including a list of the biggest sellers right here in Ontario.

Nationwide, the hottest Timbit flavour of 2021 was Chocolate Glazed by a pretty wide margin, also taking the top spot in three of the coffee and donut chain's four national market areas, including Ontario. 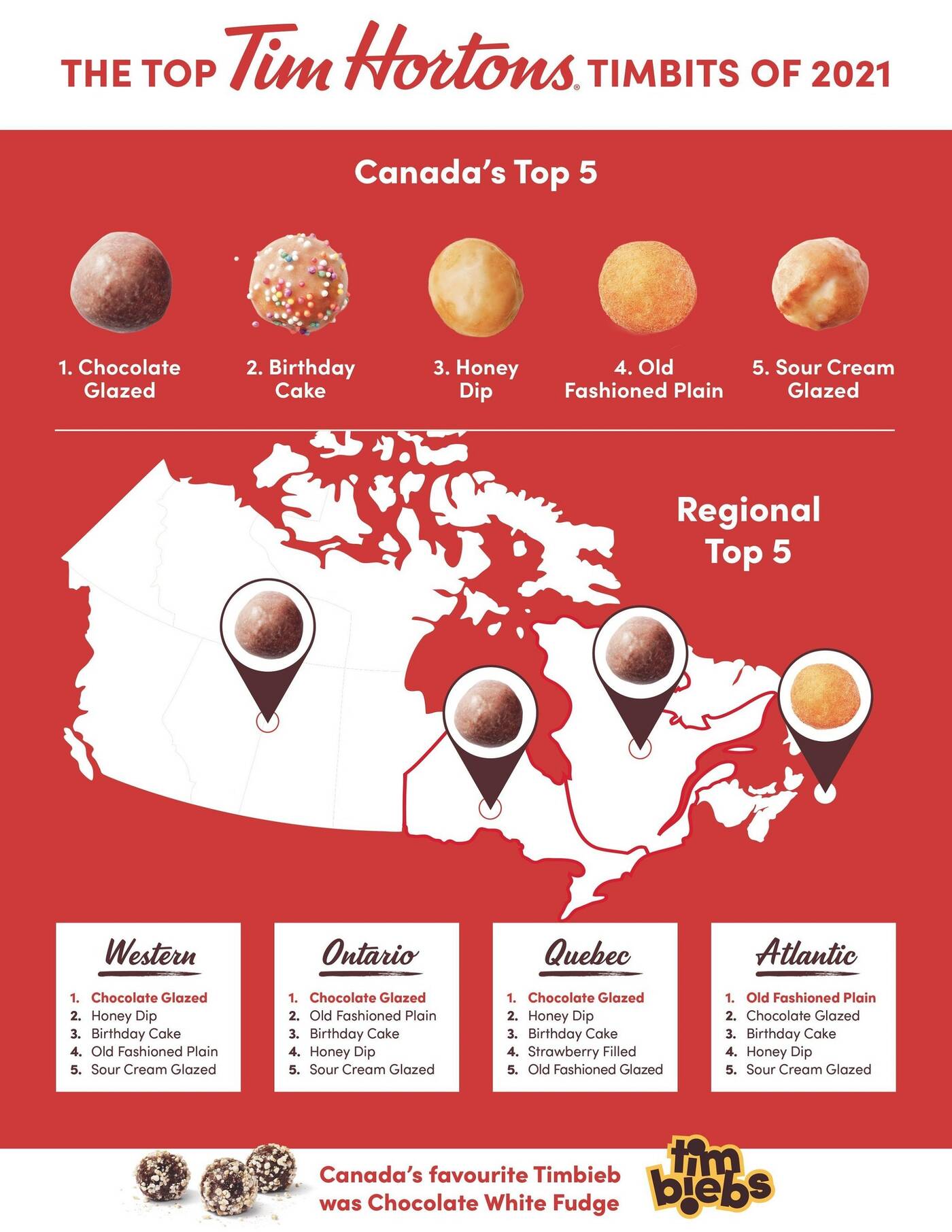 The top picks in Ontario differed only slightly from the nationwide top five, with the province's Tims locations top-selling Timbits ranked as:

Doug Ford, a frequent patron of Tims and, according to one student, a Timbit himself, is unsurprisingly absent from the list. Maybe it was their comparatively high price or their over-the-top flavour combinations, but the much-hyped Timbiebs flavours also failed to rank on any of the top five lists.

Tim Hortons did clarify that, since Timbiebs were only available for a portion of 2021, they were not included in the full year roundup of most popular Timbit flavours.

Even though Timbiebs' popularity seems more related to the associated merchandise than the sugary treats themselves, Timmies felt a duty to share that Chocolate White Fudge was the top seller of the three new Timbiebs flavours.

"Justin told us the Chocolate Glazed was his favourite classic Timbit," said Tim Hortons Director of Culinary Innovation Chef Tallis Voakes, who worked with Bieber on the Timbiebs recipes. "So I'm not surprised it ended up officially being Canada's favourite as well."

Tim Hortons clarified to blogTO after the publication of this article that, since Timbiebs were only available for a portion of 2021, they were not included in the full year roundup of most popular Timbit flavours, though that "doesn’t mean they wouldn't have made the top most popular list for the year."

The company also state that Bieber selected Chocolate Glazed as his favourite prior to the release of the Timbiebs flavours, which helped "build the foundation for the chocolate white fudge Timbieb."