The KFC bucket-turned-Tim Hortons cup that has long served as a hilariously well-known landmark in front of a Toronto Timmie's is officially no more after some brutal winds knocked the fixture over on the weekend.

The iconic cup at the Long Branch location on Lake Shore Blvd. near Brown's Line was knocked over Sunday evening around 7:30 p.m., an employee of the location confirmed to blogTO, ahead of a blustery Monday that is forecasted to see strong gusts up to 80 km/h.

The staffer also said that, tragically, the cup will not likely be returning, as the extensive damage to the structure may indeed render it unsalvageable, according to the crew currently on the scene dealing with the situation.

"The base wasn't strong enough to hold it," the employee said early Monday. "They're not sure they'll be able to restore it. It's really sad."

As of 8:45 a.m., the cup was in the process of being fully dismantled and removed from the property.

Locals are already mourning the loss online, with one member of the South Etobicoke Community Facebook group sharing a photo of the wreckage late Sunday night with the simple caption "Oh no! #longlivethebucket."

"It must be saved!" one person commented.

"I hope they find a way to keep it!" another added.

Still others are calling the sign a tenured heritage landmark. 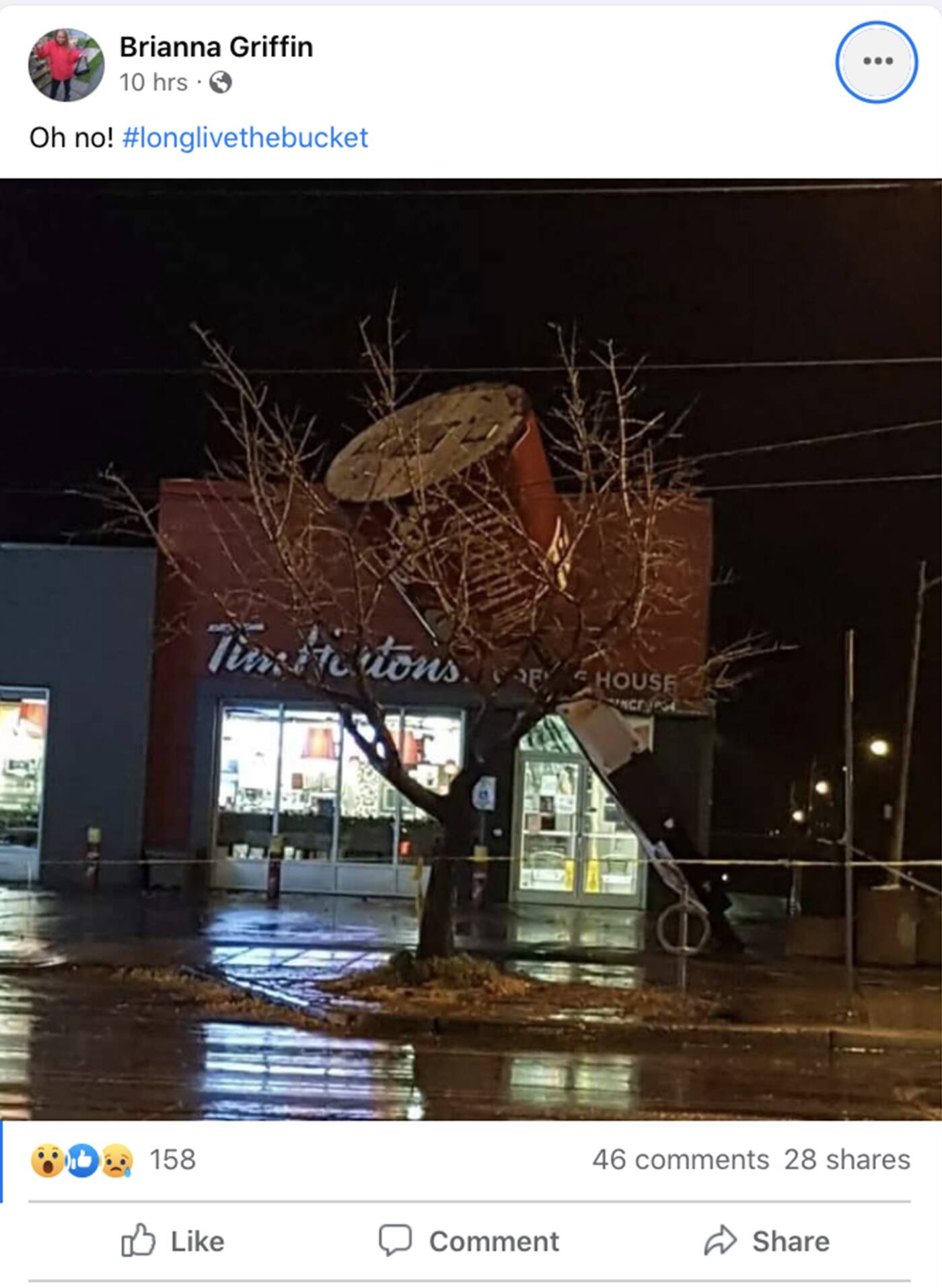 The fall of the bucket-cup has already sparked a ton of conversation from locals online. Post from the South Etobicoke Community Facebook Group.

While the winds are almost certainly to blame, residents are also criticizing Timmie's for affixing additional signage to the post when they famously took the location — and the bucket — over from KFC three years ago.

There are also those who are wondering if this was a deliberate act of vandalism, joking that it could perhaps be some sort of backlash to the brand's wildly popular Timbiebs campaign with Justin Bieber.

Regardless of the cause, the bucket-cup has been a staple at the corner for many decades, and though somewhat inconsequential and silly to some, is a little piece of Toronto history.

Tim Hortons higher-ups are currently looking into the incident.