Tim Hortons in Toronto pays homage to the KFC it replaced

One of Long Branch’s favourite landmarks isn’t exactly historical, rather, it’s commercial: a Tim Hortons near Long Branch loop that used to be a KFC turned the iconic bucket sign outside into a coffee cup.

The best part is, locals can’t get enough, the Timmy’s having inspired multiple Reddit threads.

Some commenters even wistfully speculate about whether an actual Tim Horton’s/KFC collab might ever be possible. Would they offer items like the “double double down” or “Kentucky fried coffee”?

Tim Hortons took over an old KFC in Long Branch, and they turned the bucket sign into a coffee cup... pic.twitter.com/JRCmHsa77d

Apparently the first person to notice the quirky transformation was “Toronto Mike,” who first posted the find on his own site by the same name back in 2015.

The makeover has some Torontonians pointing out other similar reinvented signage, even another Tim Hortons (less creatively) reusing an old Harvey’s sign. 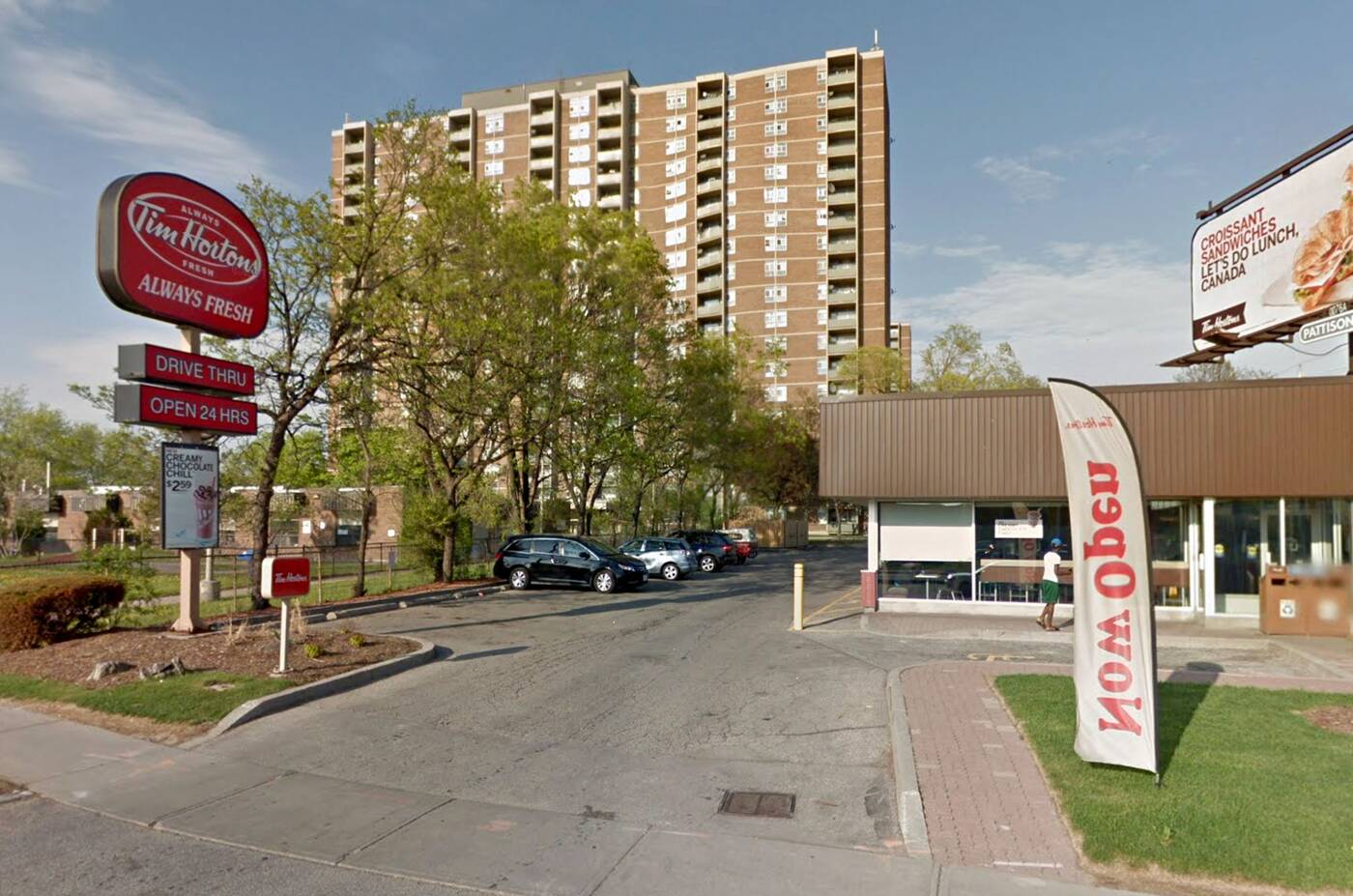 This Tim Hortons on Jane St. re-used a Harvey's sign rather than create their own sign from scratch.

For others it just calls to mind that website cataloguing all the places that have had to make use of the unusual architecture of shuttered Pizza Huts.