25 bars and restaurants open on Christmas Eve in Toronto

Bars and restaurants open on Christmas Eve in Toronto for 2019 aren't always easy to find. At these places, they'll let you eat and drink and party your evening away as if it was the weekend.

Here's a round-up of bars and restaurants open on Christmas Eve in Toronto this year.

It's VYLE Tuesdays at The Beaver on December 24. Hit up the West Queen West bar for a can't miss performance by Selena Vyle.

This bar on Queen West will be opening their doors come 9 p.m. Head over after you're done with the fam and stay until the wee hours of the night.

Hit up this Koreatown tavern and grab a pint this Tuesday because they're open from 3 p.m. until last call.

The popular spot in Bloorcourt will be open on Tuesday from 4 p.m. until 1 a.m. so you'll be able to sip on brews and cocktails well into the night. 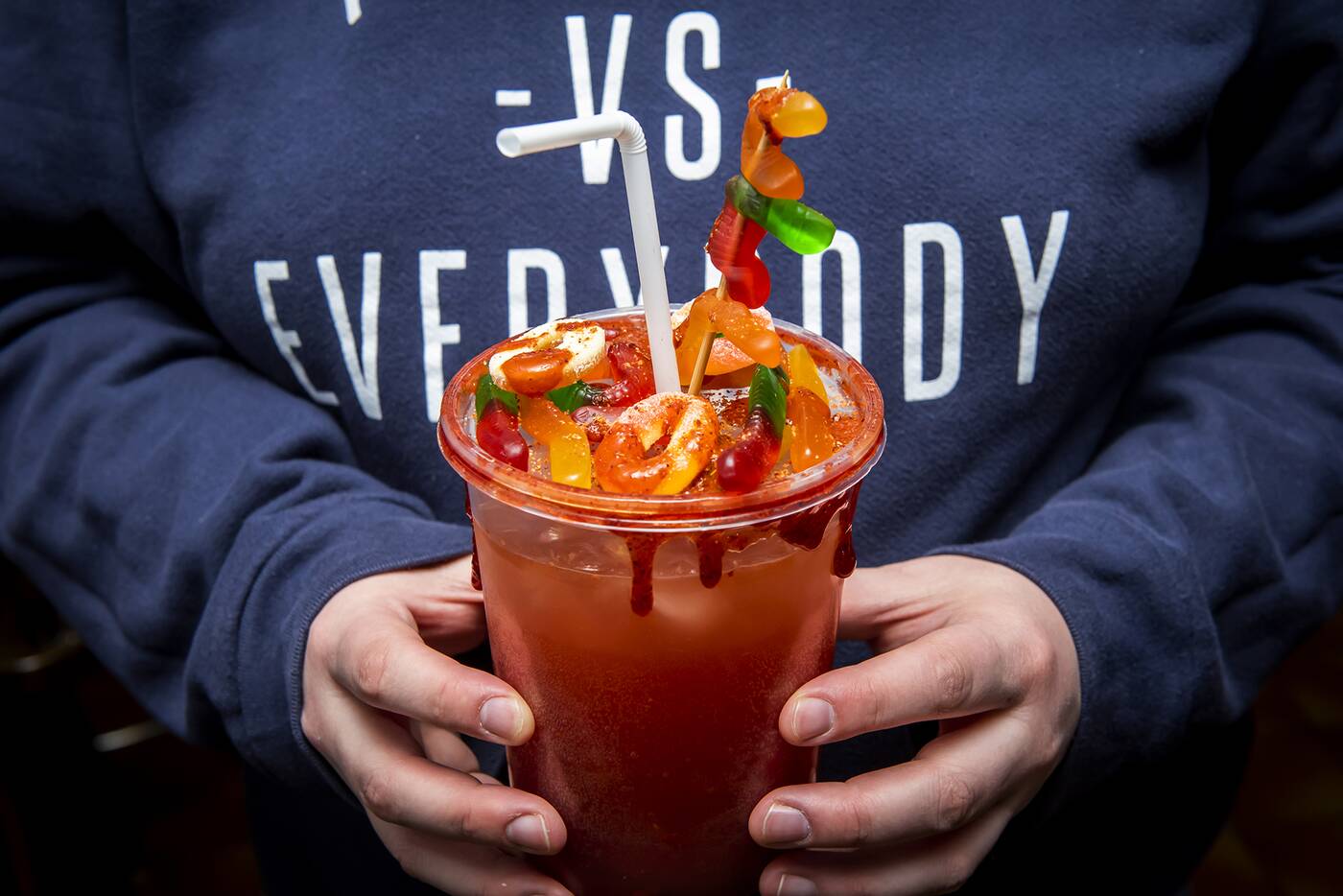 El Tren Latino is home to some epic cocktails. Photo by Hector Vasquez.

Dundas West will be filled with bars open come December 24. This one located at Dundas and Dovercourt will be no exception, with their doors staying open from noon to 2 a.m.

The West Queen West hotel is open for the holidays. You can stop by for dinner on Christmas Eve and stay to party until 2 a.m.

Grab some cheap eats and drinks at this bar in the Annex. Their other locations Queen Street Warehouse, Yonge Street Warehouse and The Dime will also be open regular hours.

Make your way to St. Clair West on Christmas Eve to hit up this restaurant, bar and club with live music. They'll be open until 2:30 a.m.

Sip on whisky at this Little Italy bar, which is known for being open from 5 p.m. to 2 a.m. 365 days of the year. No exceptions. 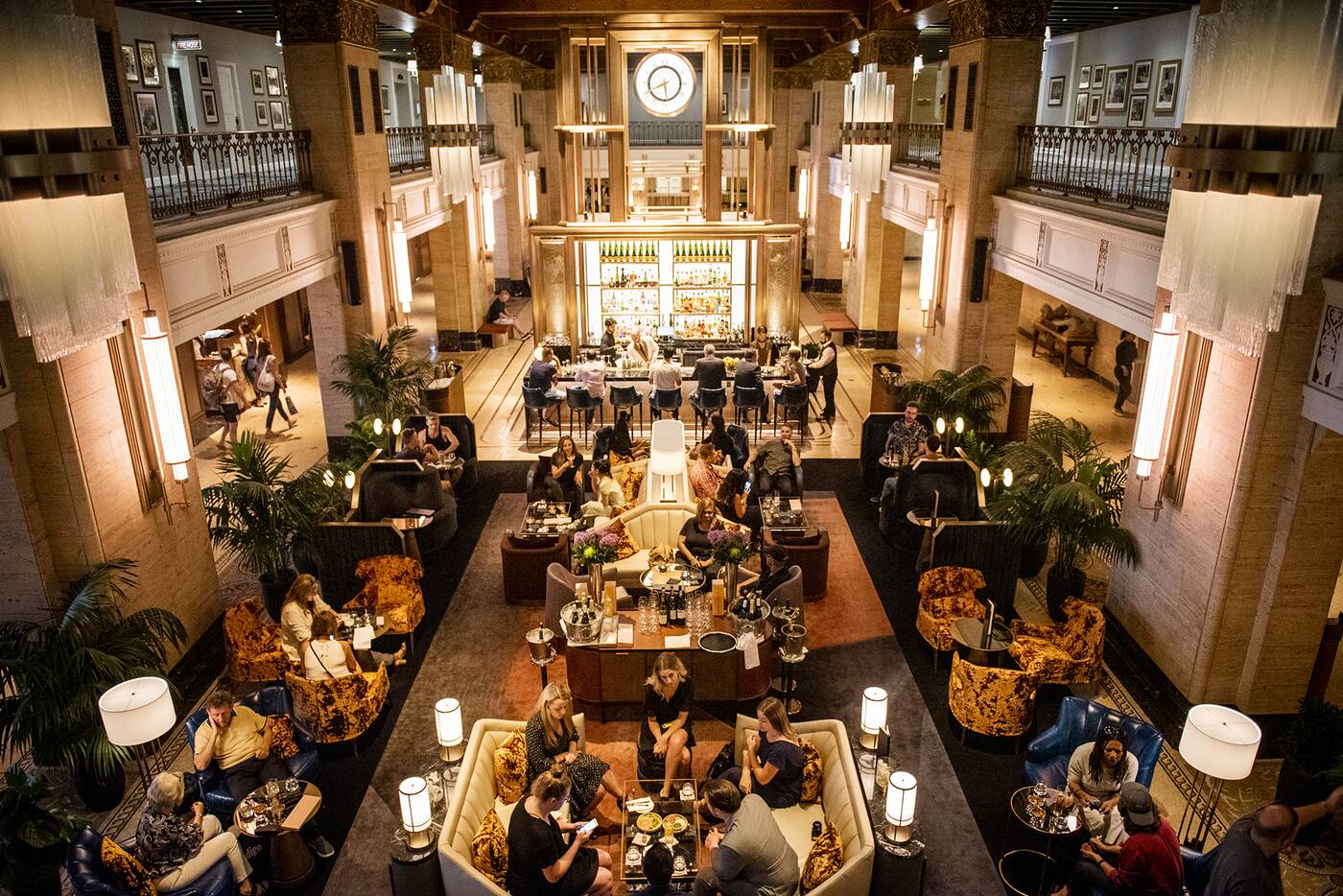 Bars in Toronto don't get much nicer than Clockwork inside the Fairmont Royal York. Photo by Hector Vasquez.

If you're looking for a classy place to get your drink on this Christmas Eve head to the swanky hotel across from Union Station. Library Bar will be open until 1:30 a.m. and Clockwork until midnight.

The Dundas West bar is open from 5 p.m. to 2 a.m. on December 24, so head on over for evening of video games and great drinks.

If you find yourself in Parkdale for the holidays, stop by this watering hole, which will be open from 2 p.m. to 2 a.m.

The Bloordale Village bar will be hosting their annual Orphan's Xmas Eve from 6 p.m. to midnight. Grab your finest sweater and prepare to sip on drinks during their extended happy hour.

Head to this Yorkville institution to munch on pub grub and to down a few pints in honour of the holiday season. They'll be open until 2 a.m. 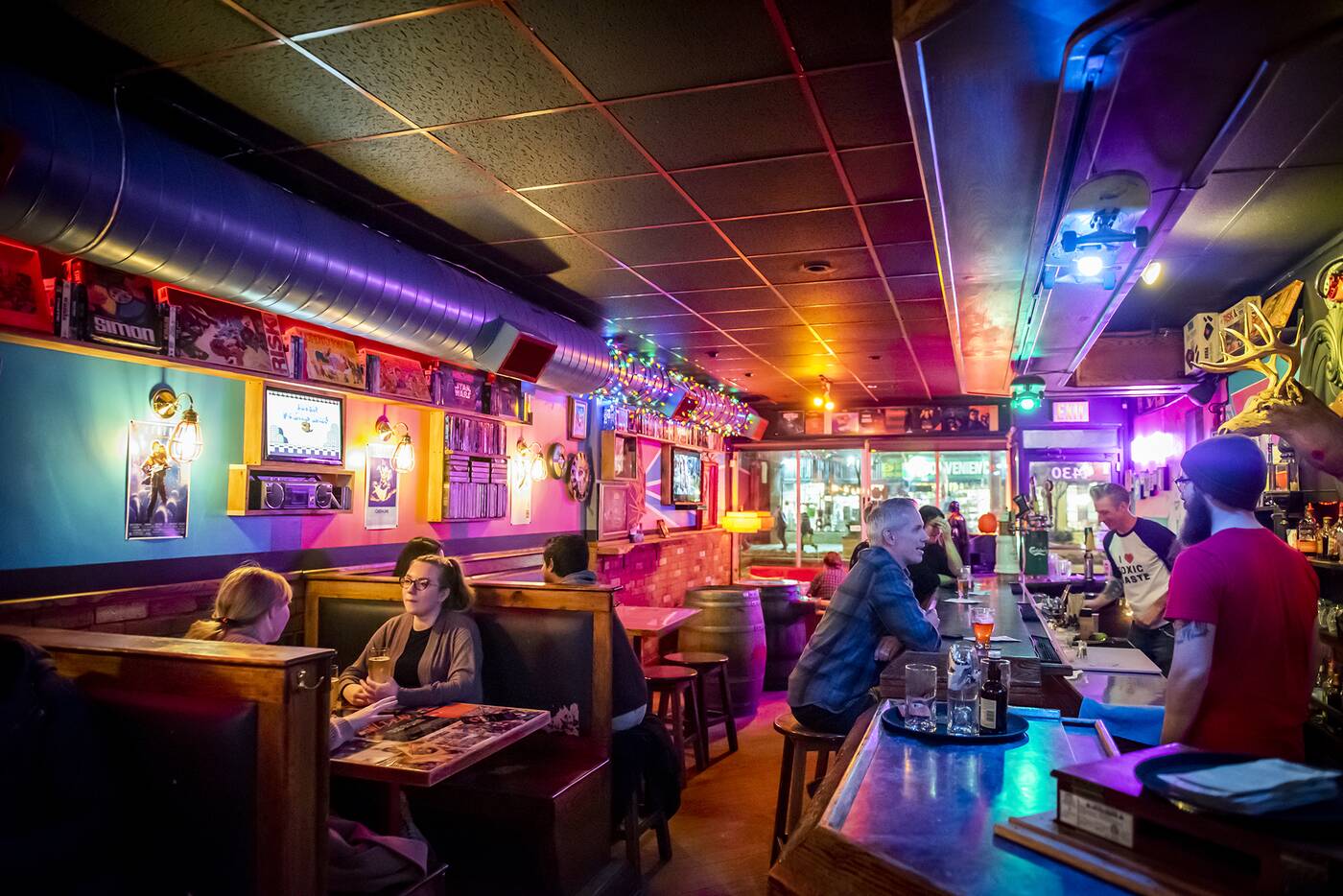 Mom's Basement will make you feel right at home. Photo by Hector Vasquez.

This Danforth brewery will be open on Tuesday until 11 p.m., and they'll be screening the best holiday movies, like Home Alone.

Toronto's Christmas-themed pop-up bar on Ossington will be keeping the holiday spirit going by opening its doors from 5 p.m. to 2 a.m.

Instead of hanging around your mom's actual basement head over to this Danforth East bar which will be home to much better beverages. They'll be keeping their doors open until atleast midnight.

Expect to party the night away at this Ossington bar, as they'll be keeping their doors open from 6 p.m. to 2 a.m.

This casual, multi-level pub in the Annex will be open until midnight. Head over for a pint and a special turkey dinner for $16.75.

The popular Dundas West bar has transformed into a tiki-themed Santa bar for the holidays. Sippin' Santa will remain open on Christmas Eve and will be serving boozy tiki drinks until 2 a.m.

If you're looking for a spot in the Financial District on Tuesday this is your spot. They're open from 5 p.m. to 2 a.m.

If you're looking for something to do after your festive feast, make your way to this dive bar on Dundas West. They'll be open from 6 p.m. to 2 a.m.

From 4 p.m. to 2 a.m. this popular neighbourhood watering hole on Spadina will be dishing out their usual lineup of cheap drinks.