Disgraceland has always been a great dive bar, but it didn't become a 100 per cent vegan restaurant until 2018.

With near-nightly events, long kitchen hours, pitchers of beer, board games and a decidedly punk approach to morality (they've long supported Sea Shepherd) this place has been a reliable casual haunt for over a decade. 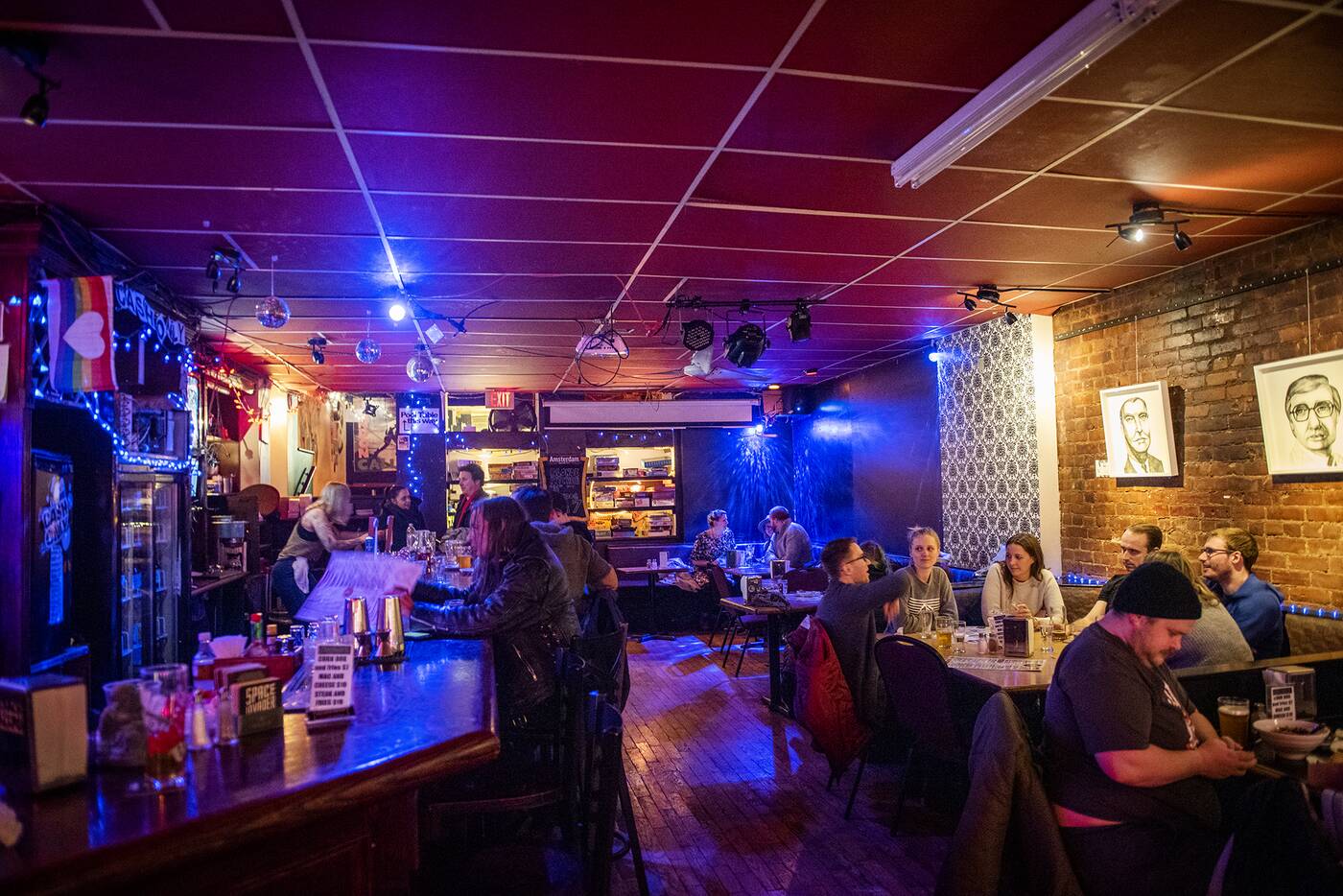 If there's a table that isn't wonky in the spacious bar, I may have yet to find it, but that doesn't stop large groups from crowding in at bigger tables and booths, and it's part of the charm. 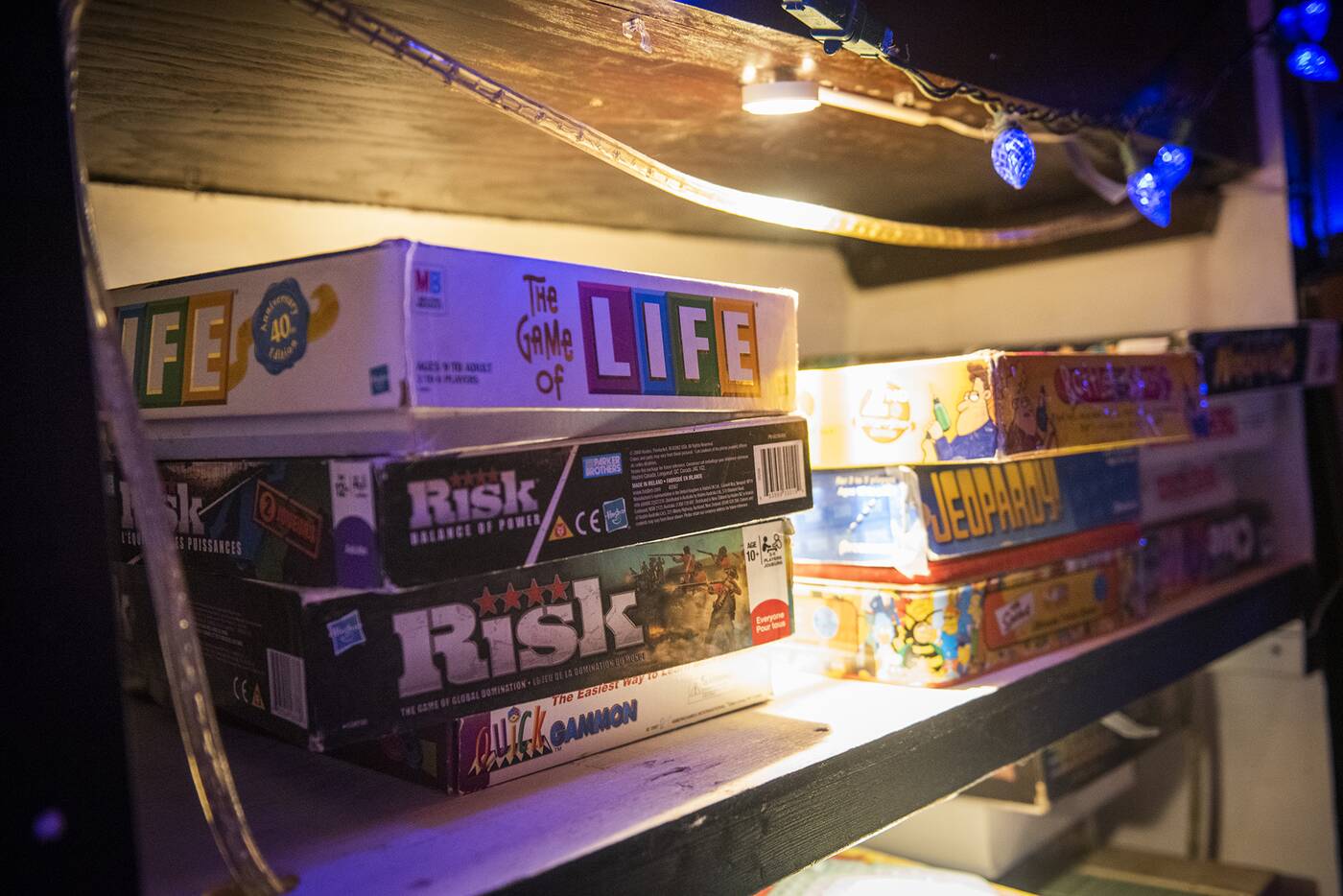 Often displaying artwork by locals, the stairway leading down to the washrooms features a punk-themed seascape mural by LizZdom. 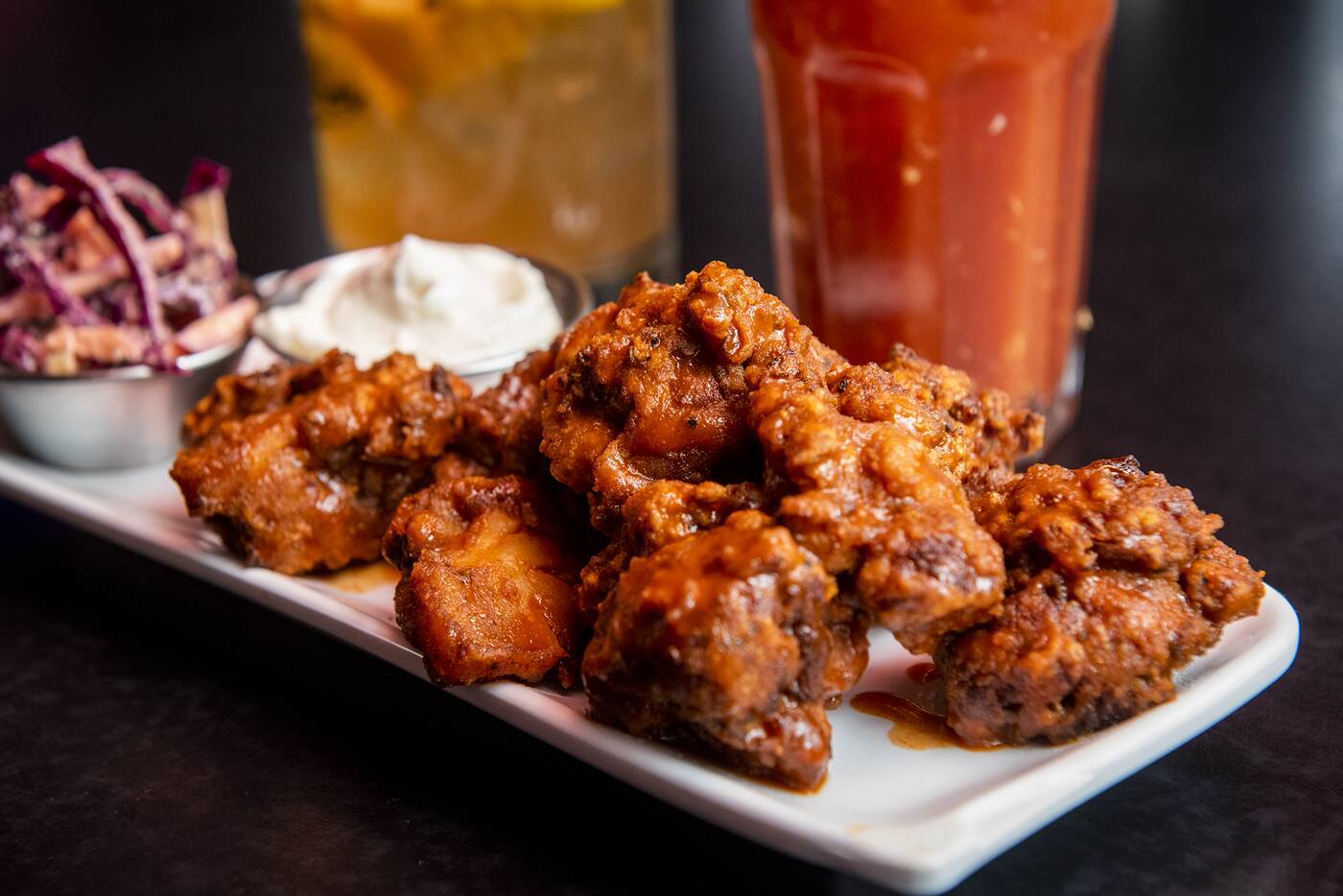 Cauliflower bites ($8) are Disgraceland's take on a vegan bar staple, super saucy and served with your choice of hot sauce, JD BBQ sauce or garlic mayo, as well as a slightly spicy, creamy slaw of thickly sliced red cabbage.

A vegan corndog can optionally be served on a bed of fries, a good old battered tofurkey sausage on a stick, drizzled with ketchup and mustard. 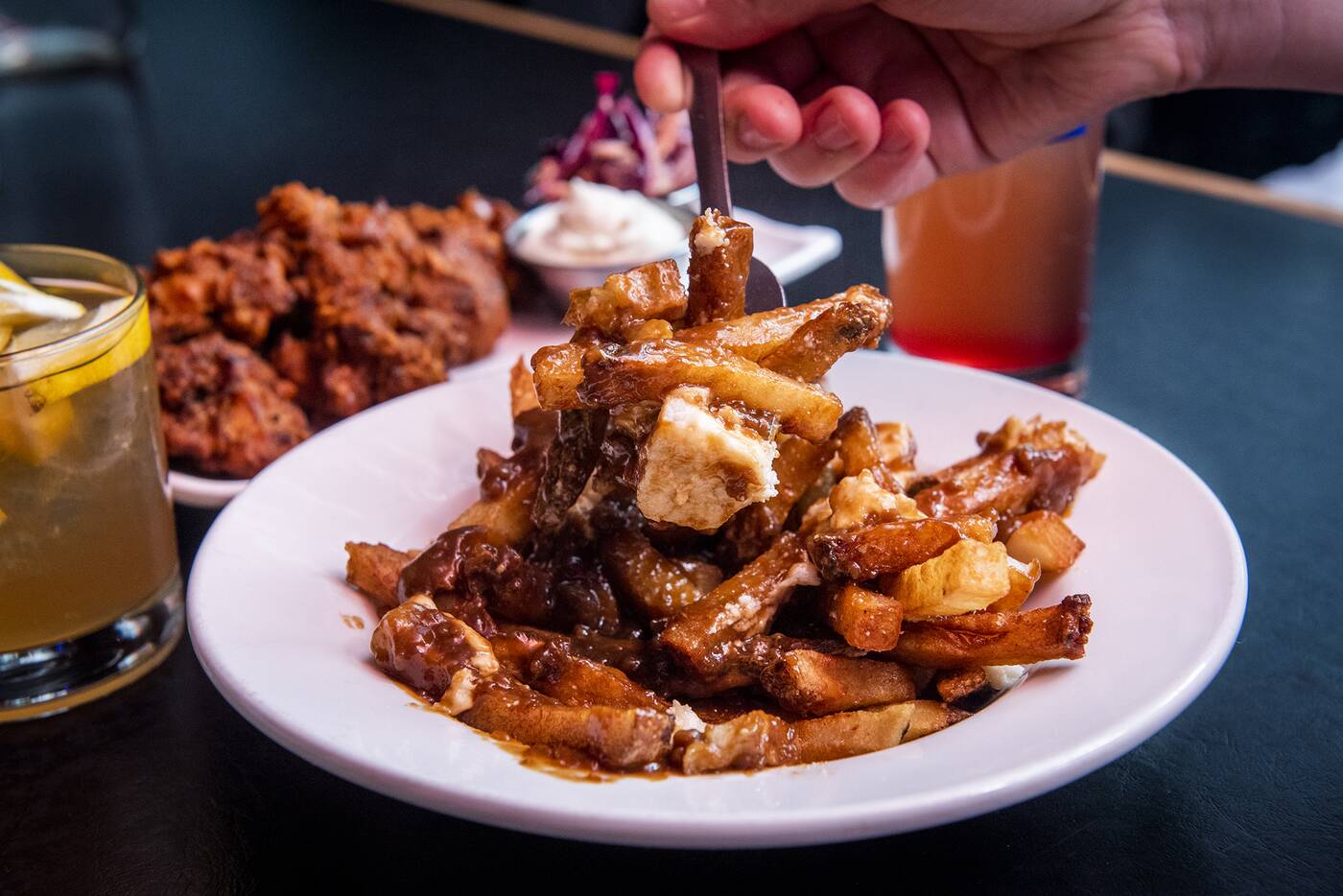 Vegan poutine ($11) smothers fries in veggie gravy and vegan curds, which are more soft and creamy than squeaky and stretchy, but are still pleasantly cheesy, kind of like a ricotta or goat cheese. 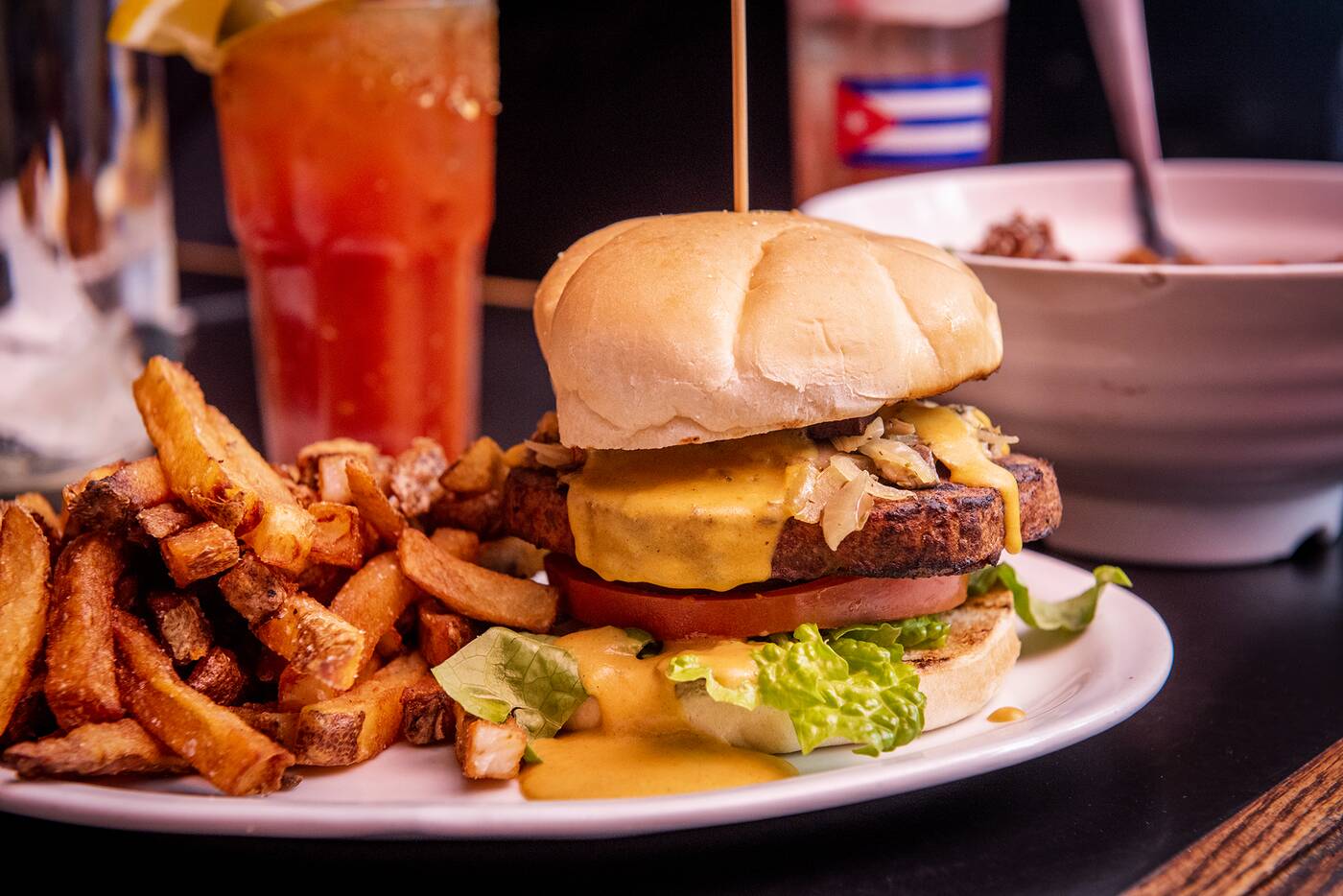 A Lumber Jacques burger ($16) tops a standard veggie patty on a puffy toasted bun with vegan bacon, onions, mushrooms, and a nicely excessive amount of "cheese" sauce, and you can add lettuce, tomato, onion, and/or pickle. 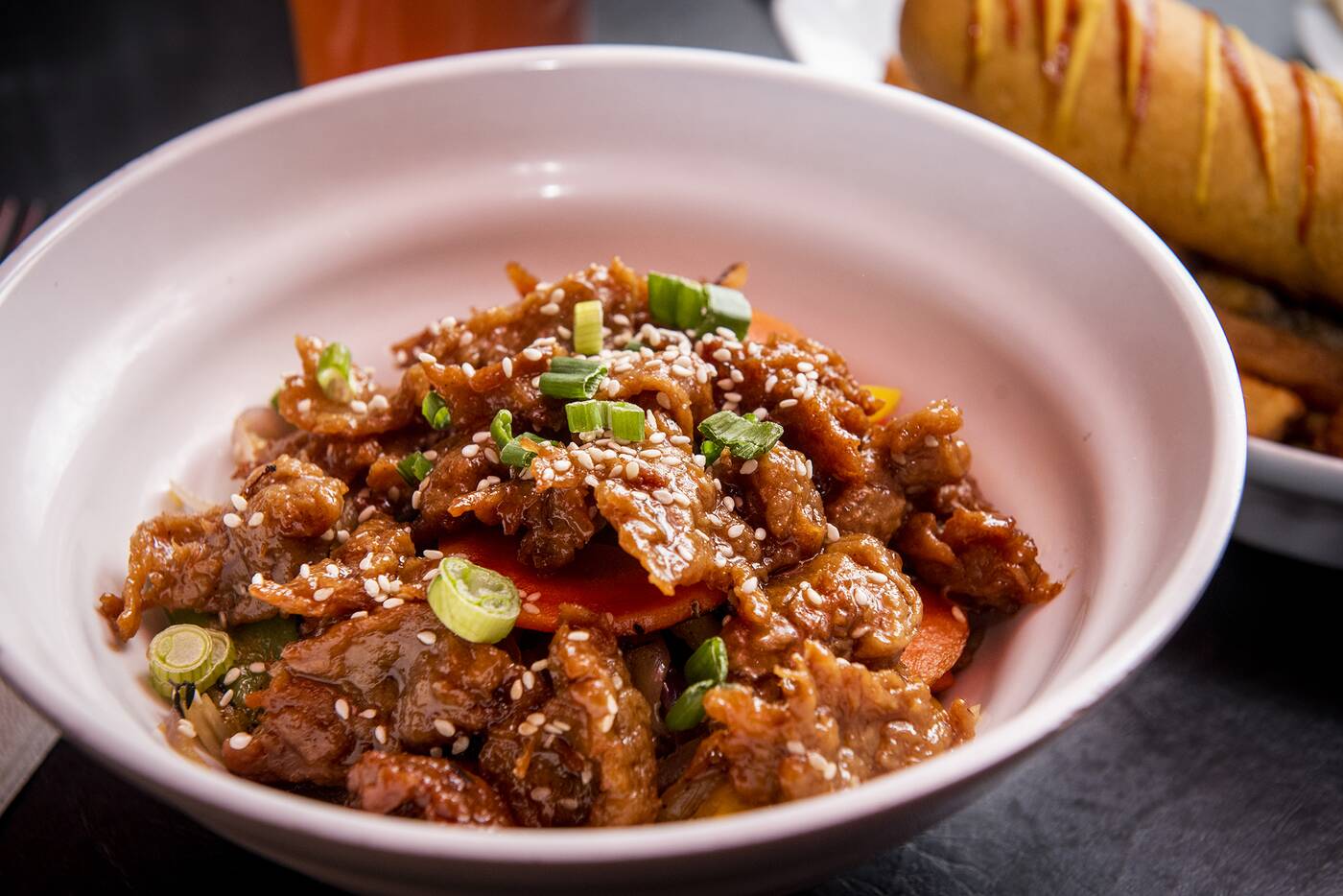 A General Tao special ($13) is a rice bowl topped with celery, red peppers, snow peas, carrots, onions and a soy protein "chicken" that doesn't really have the flavour profile of General Tao but has good texture and is nevertheless well-seasoned. 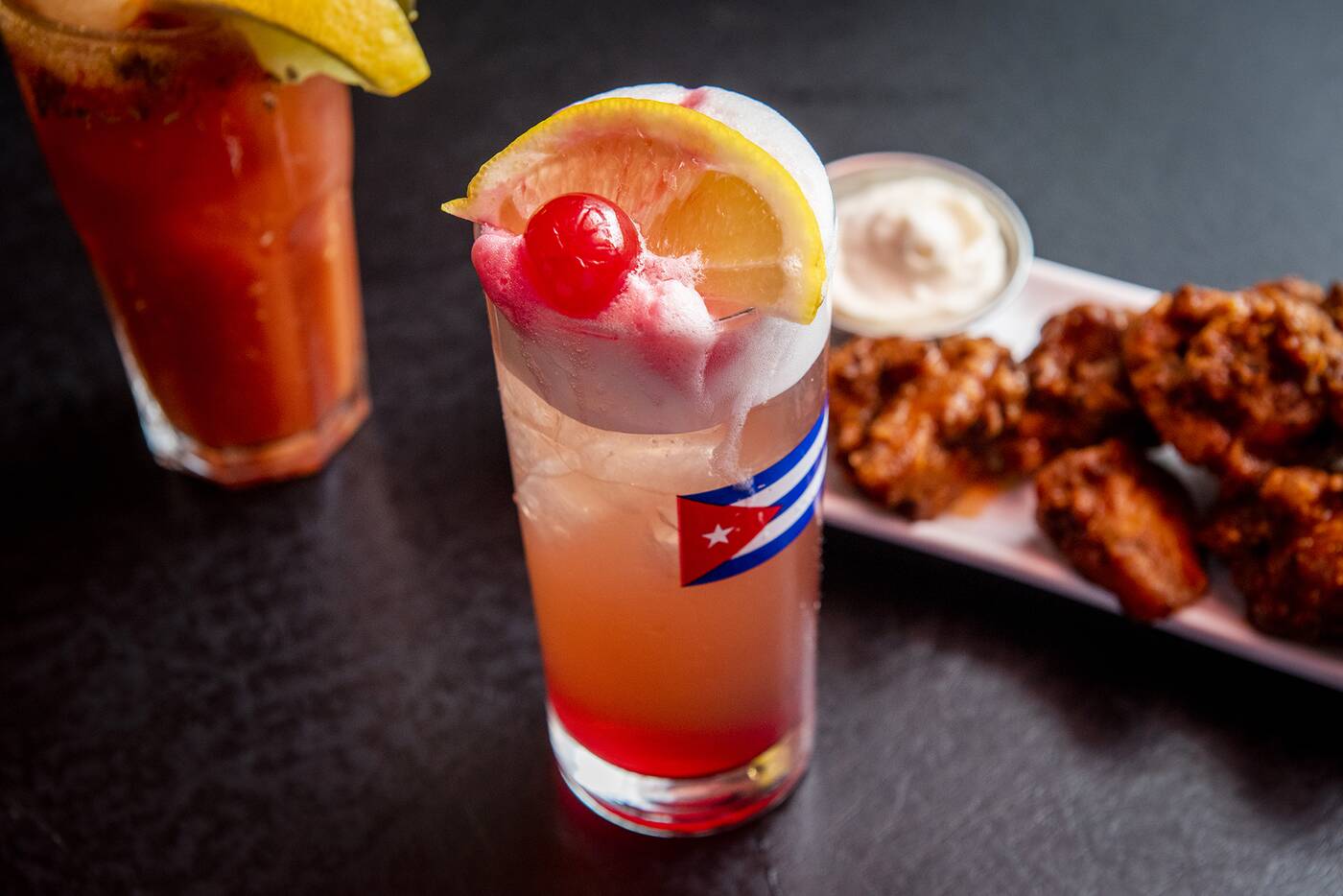 A Sassy Lady ($12) is a sticky, flouncy cocktail of Hendrick's, cassis, pineapple and lemon, but you're more likely to find yourself drinking cheap pitchers of beer that start at $16.50 here. Or, go for a Lemmy ($8.75, Jack and cola). 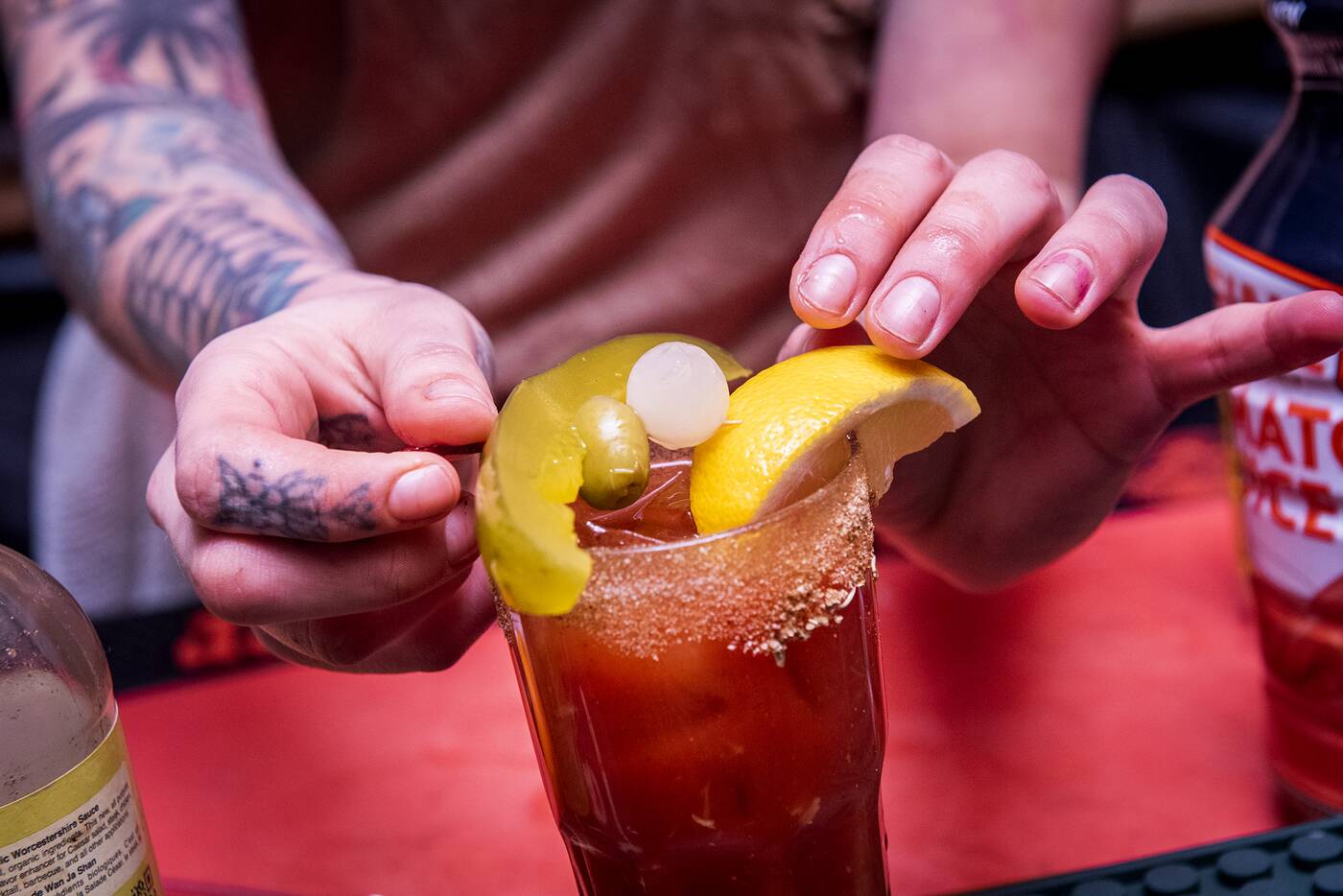 You could also opt for an amply-rimmed and garnished vegan caesar ($11). 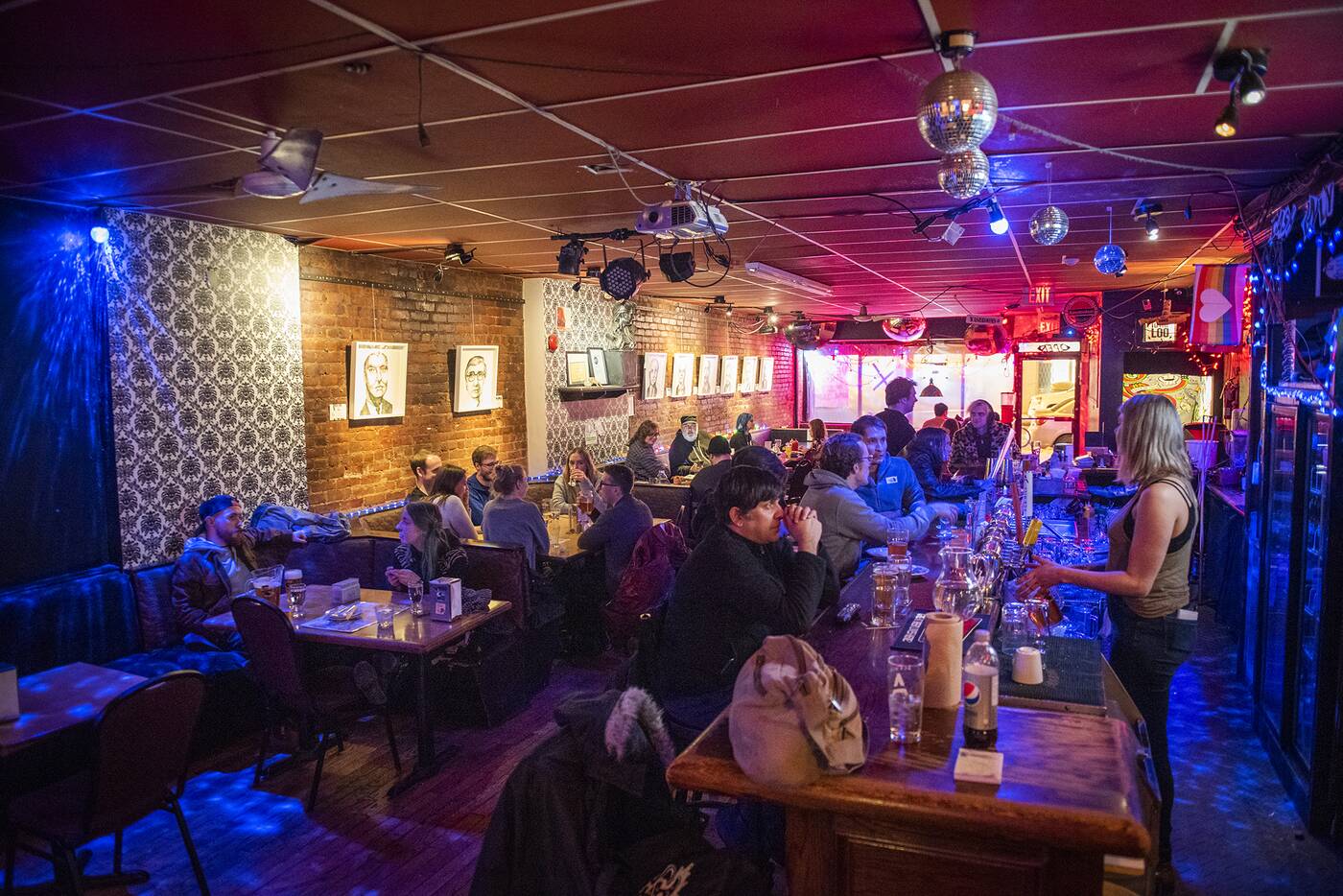 On Mondays everything is 15 per cent off, and don't miss out on deep-fried Oreos ($6), and deep-fried pickles ($8), which are two-for-one all day on Wednesdays. Take care to note Disgraceland is cash only, though they are equipped with an ATM. 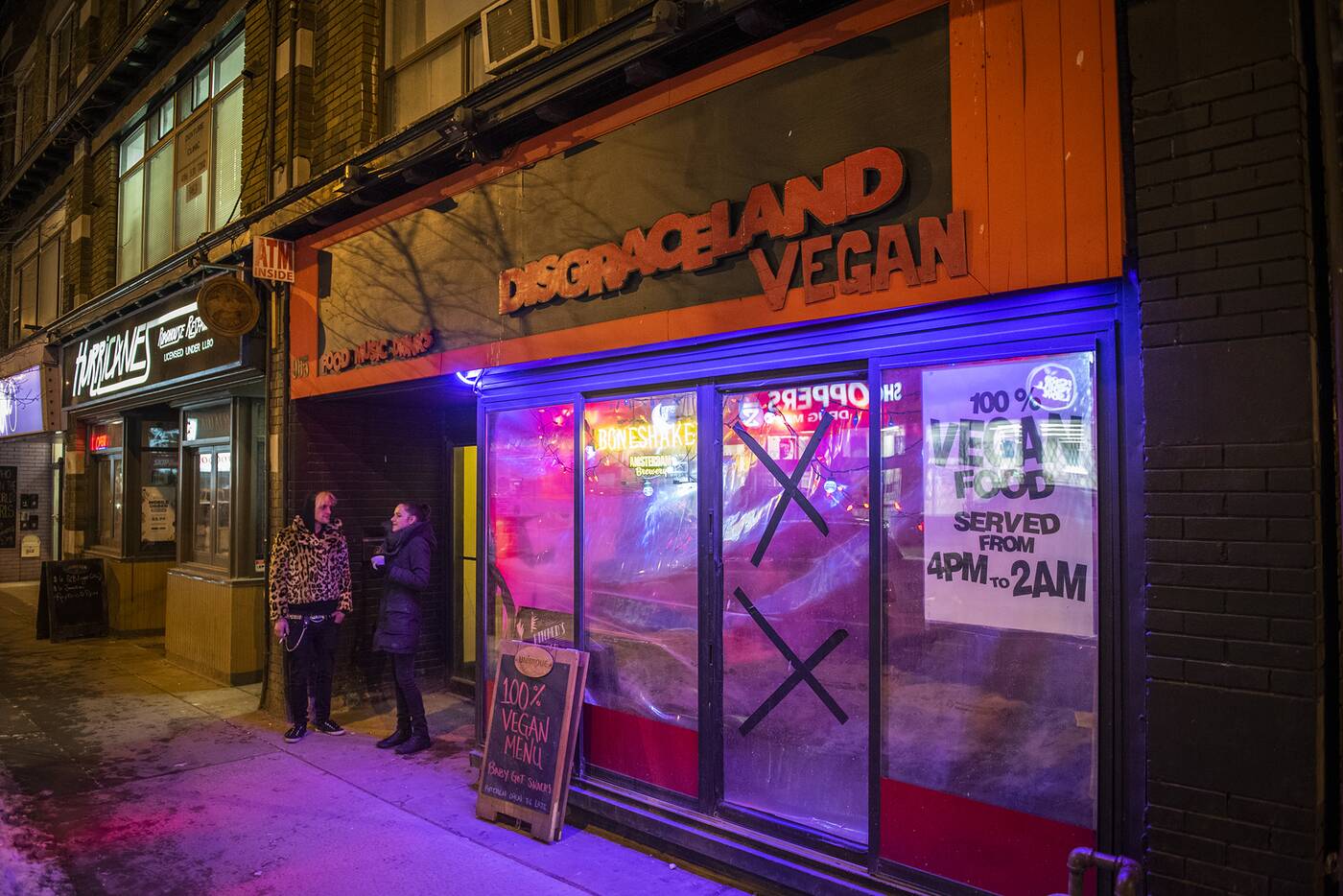