Grey Tiger bills itself as “an artist-run cocktail bar for new romantics.” Owners Ryan Ringer (formerly of The Beverley Hotel) and Becky Ip “celebrate bar craft as a magical art,” viewing the place itself as a medium.

Forms of expression extend to everything: the long list of high end cocktails, full illustrations (Ip) and an intricately lettered poem (Ringer) accompanying each one; the very menu, or “grimoire,” on which they were Risograph printed by Vide Press. 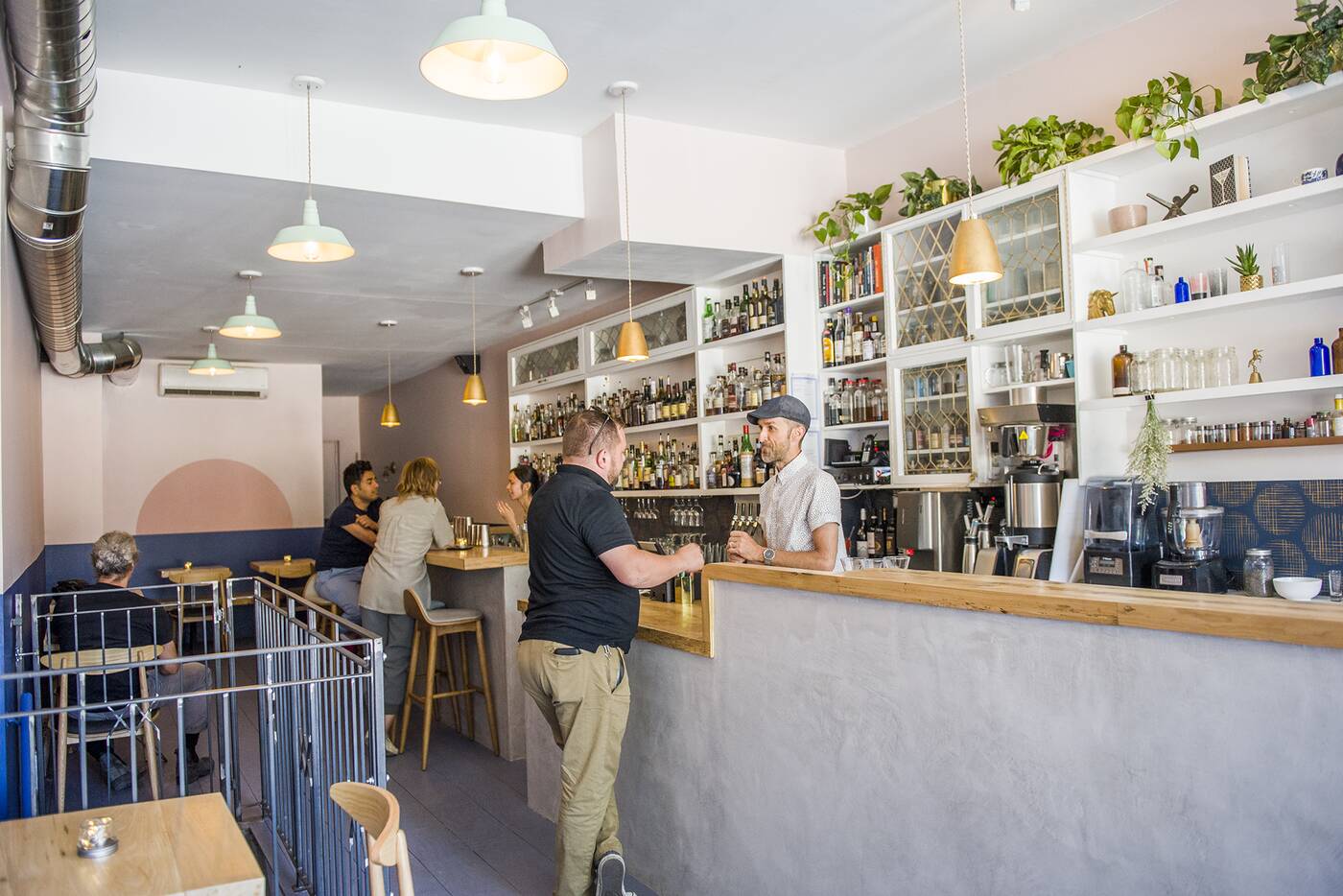 Initially opening in 2015, the cafe bar reopened after an extended hiatus as just a bar (sans WiFi) in 2018. A city grant for a storefront redesign allowed for a complete transformation wherein windows open completely to the street. A bench outside below the window makes for an indoor-outdoor feel, conversation flowing easily between sidewalk and bar. 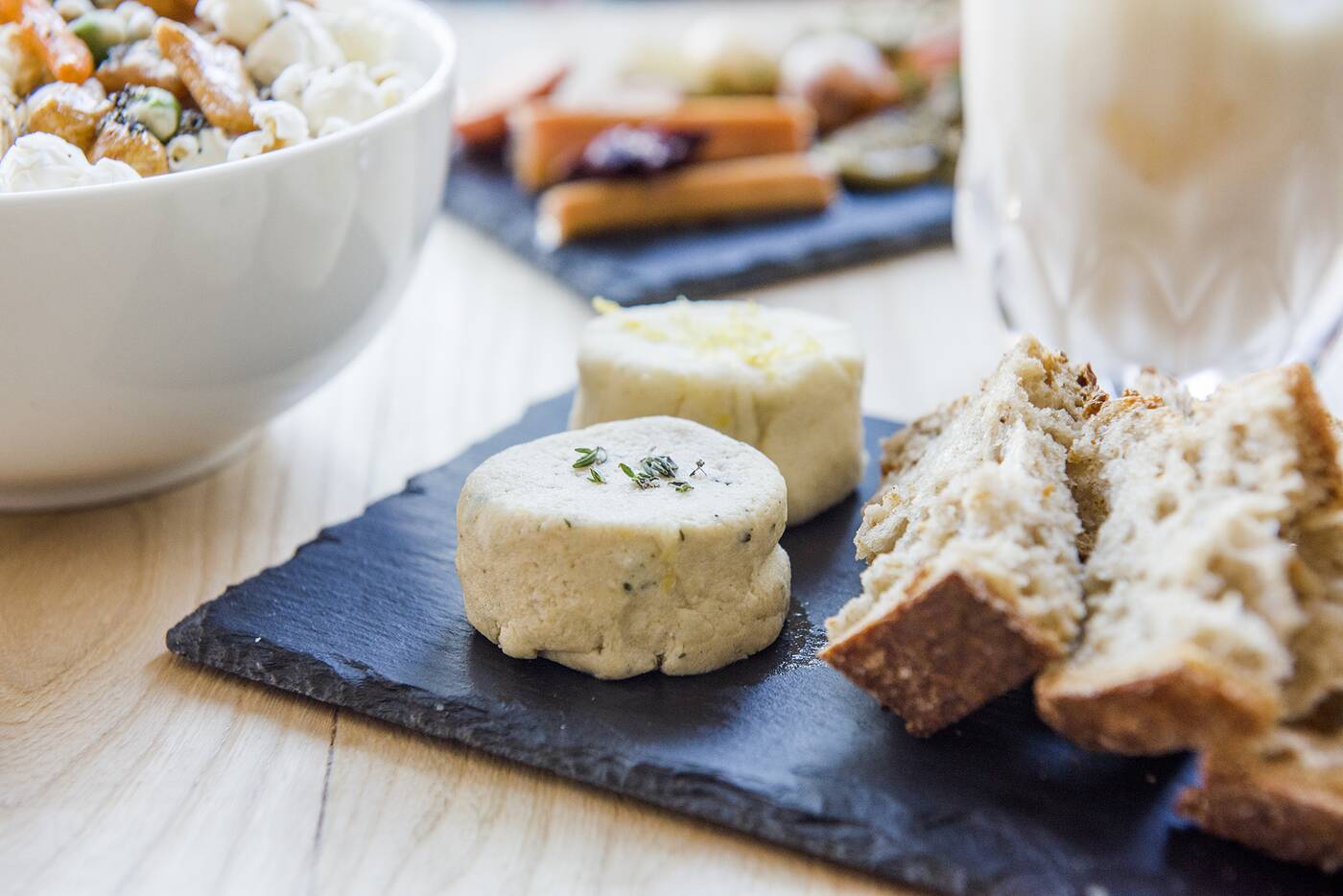 House nut cheese was always popular here, so it’s stayed on the menu after the remodel. 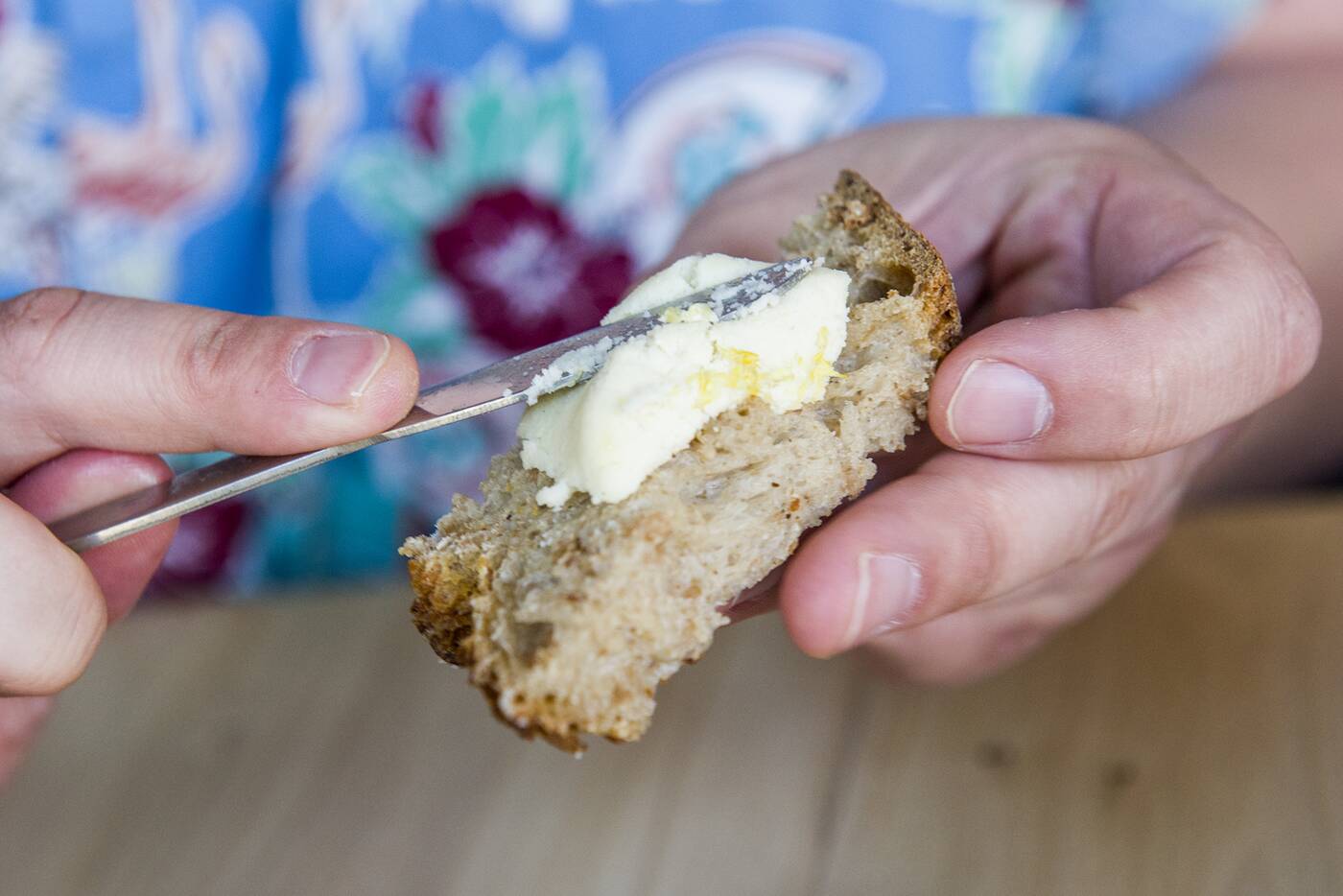 There’s a dependable herbed thyme cashew variety and a slightly more dessert-leaning lemon macadamia, both served with soft but crusty house bread. It’s definitely not real cheese, but the texture is nice and spreadable and the herb flavour is solid. 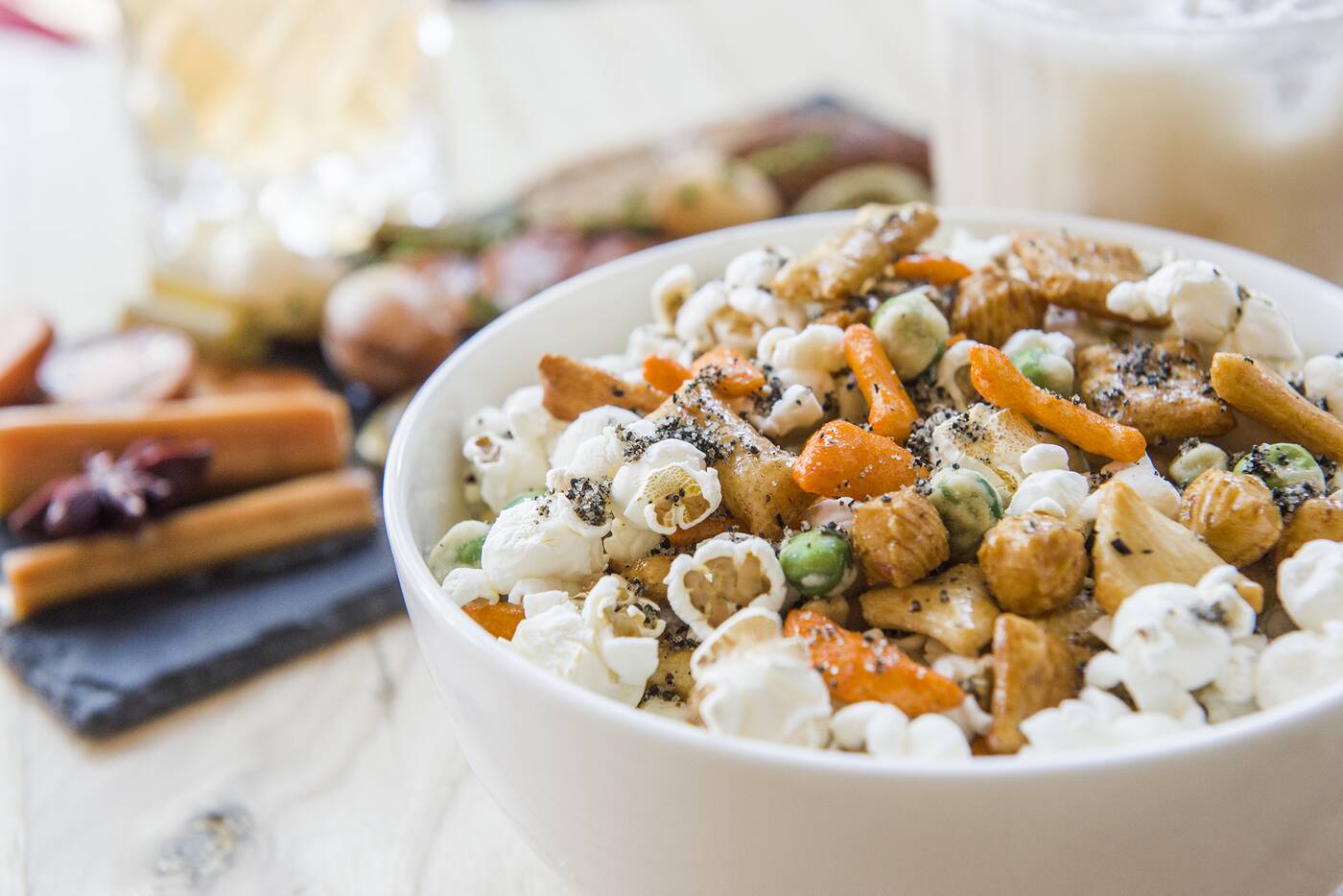 Hurricane popcorn mix has also been a standby here, popcorn topped with furikake and an Asian snack mix of rice crackers and wasabi peas. 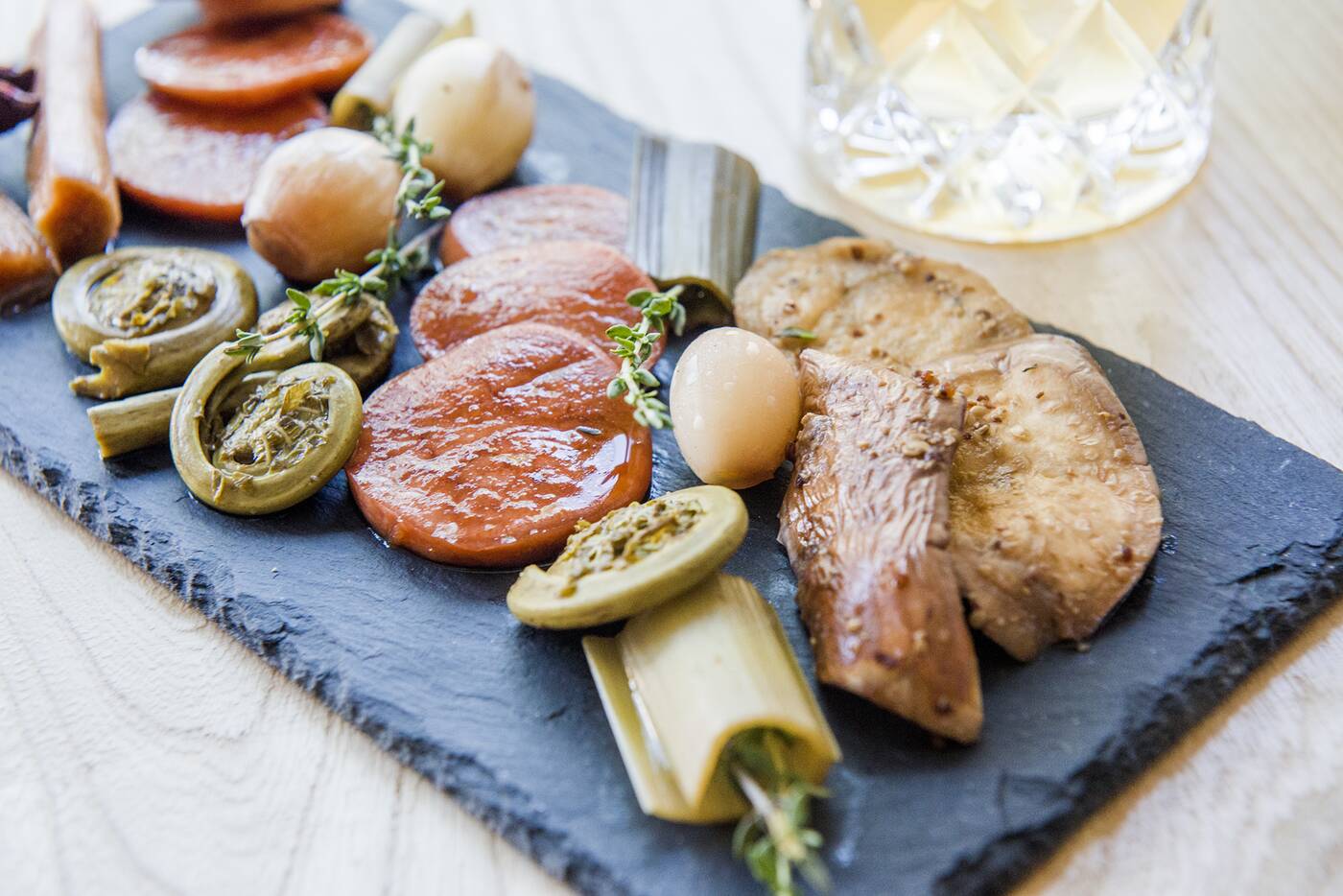 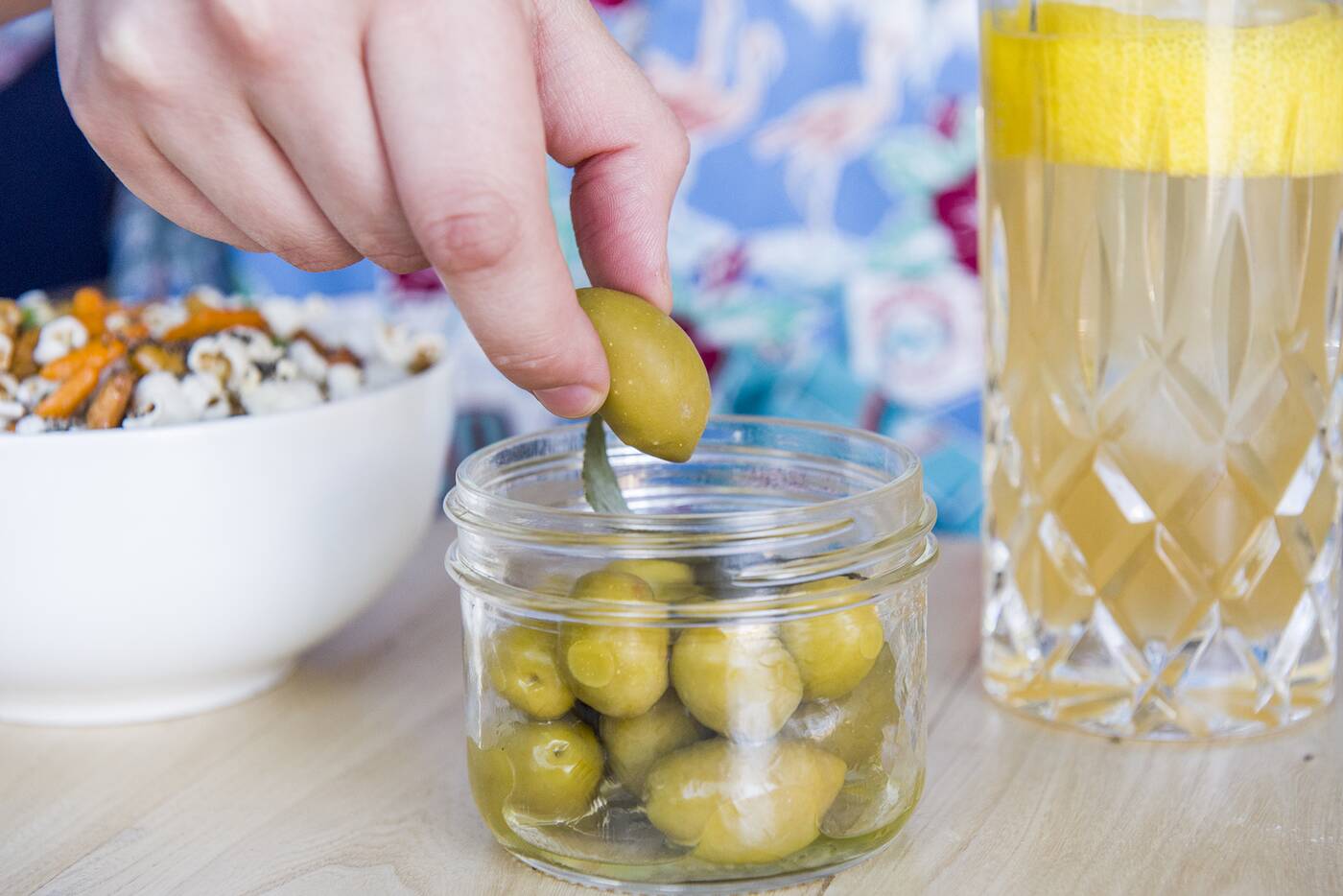 A darling little jar of meaty green olives rounds out the selection of meatless snacks. 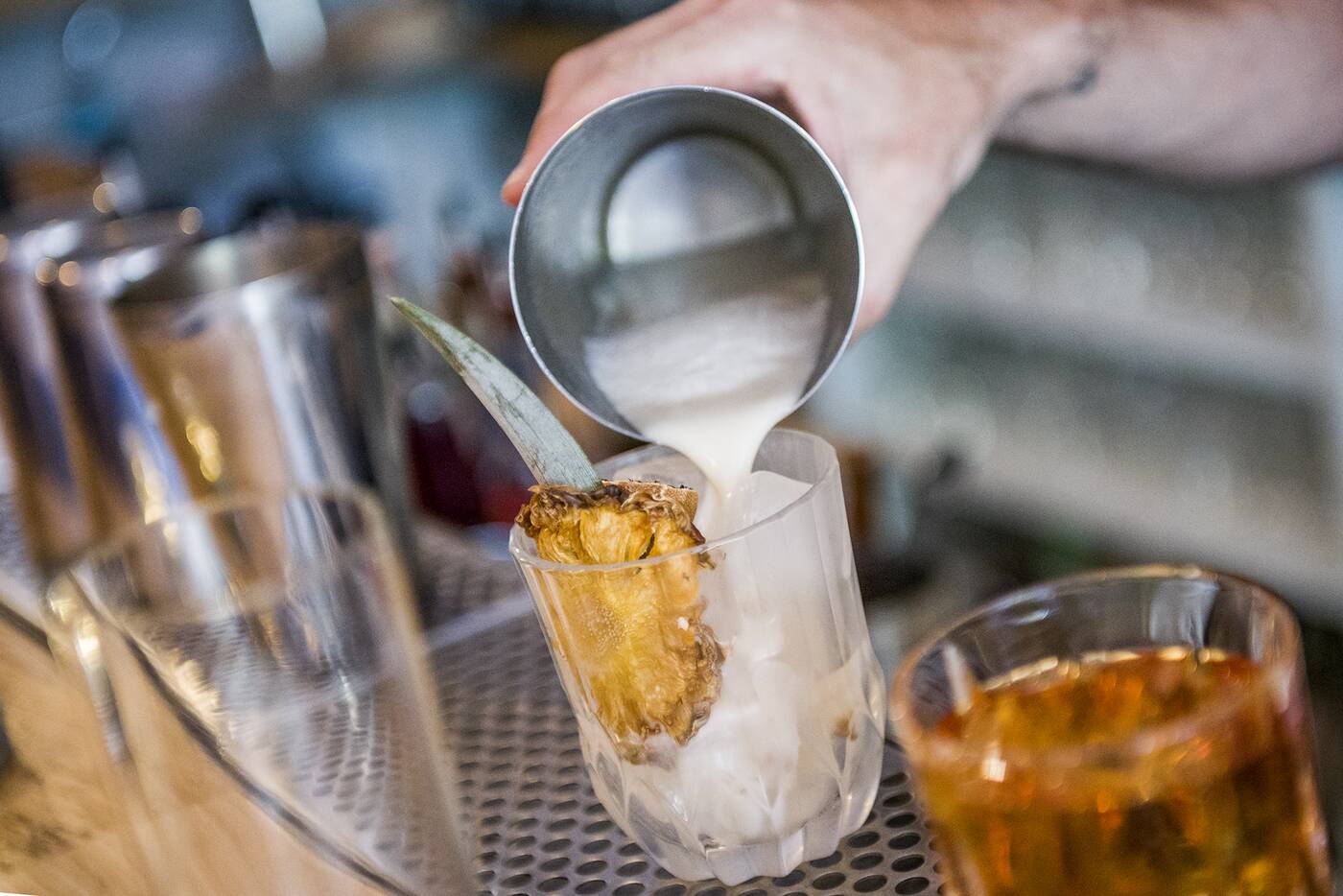 A Holy Wolf ($16) like many of the cocktails is an intellectual take on a classic and utilizes crystal-clear house-made ice. The poem (or incantation) on this page of the menu opens, “Tooth and blood/Muscle and bone/By the howling moon/As the forest groans…” 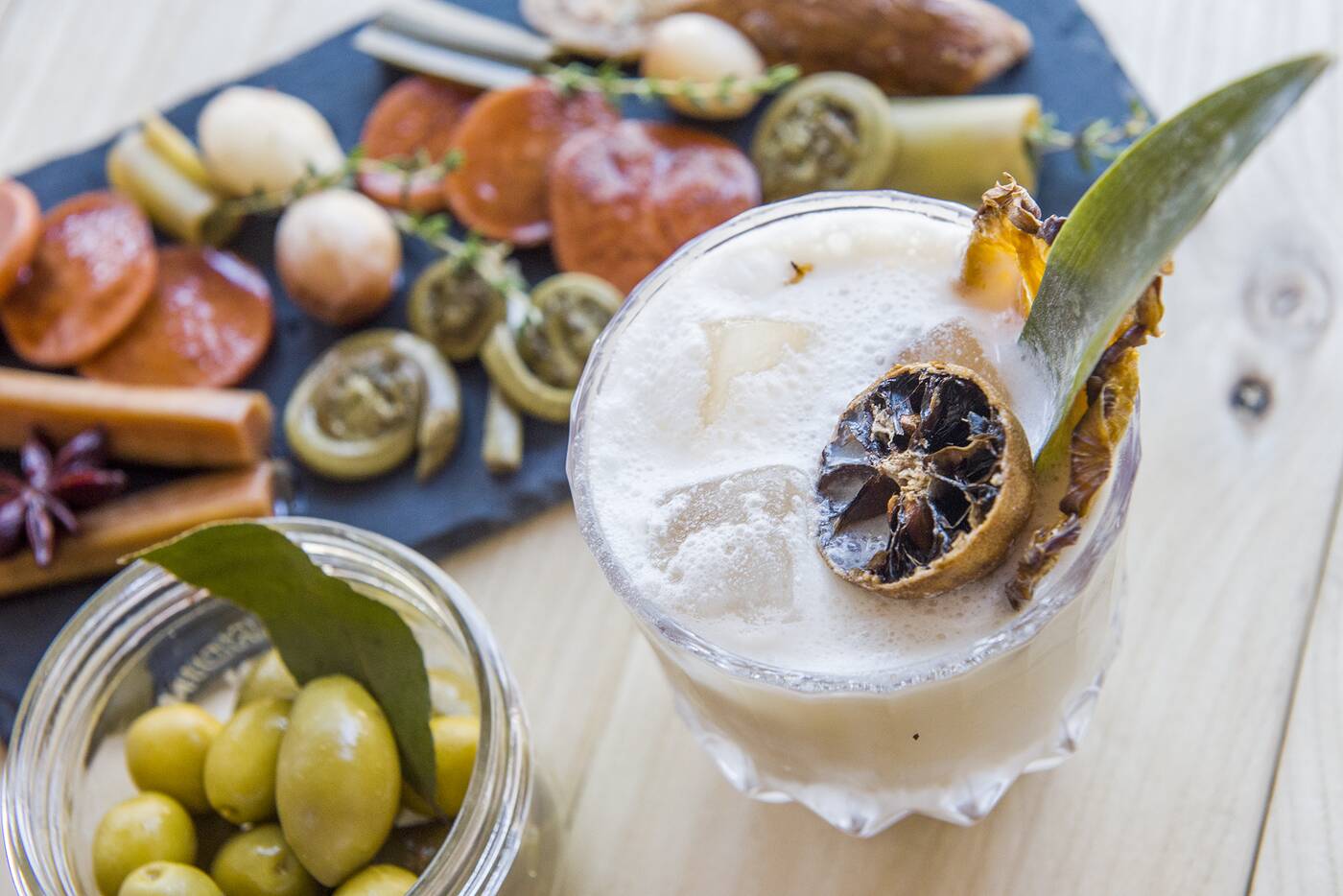 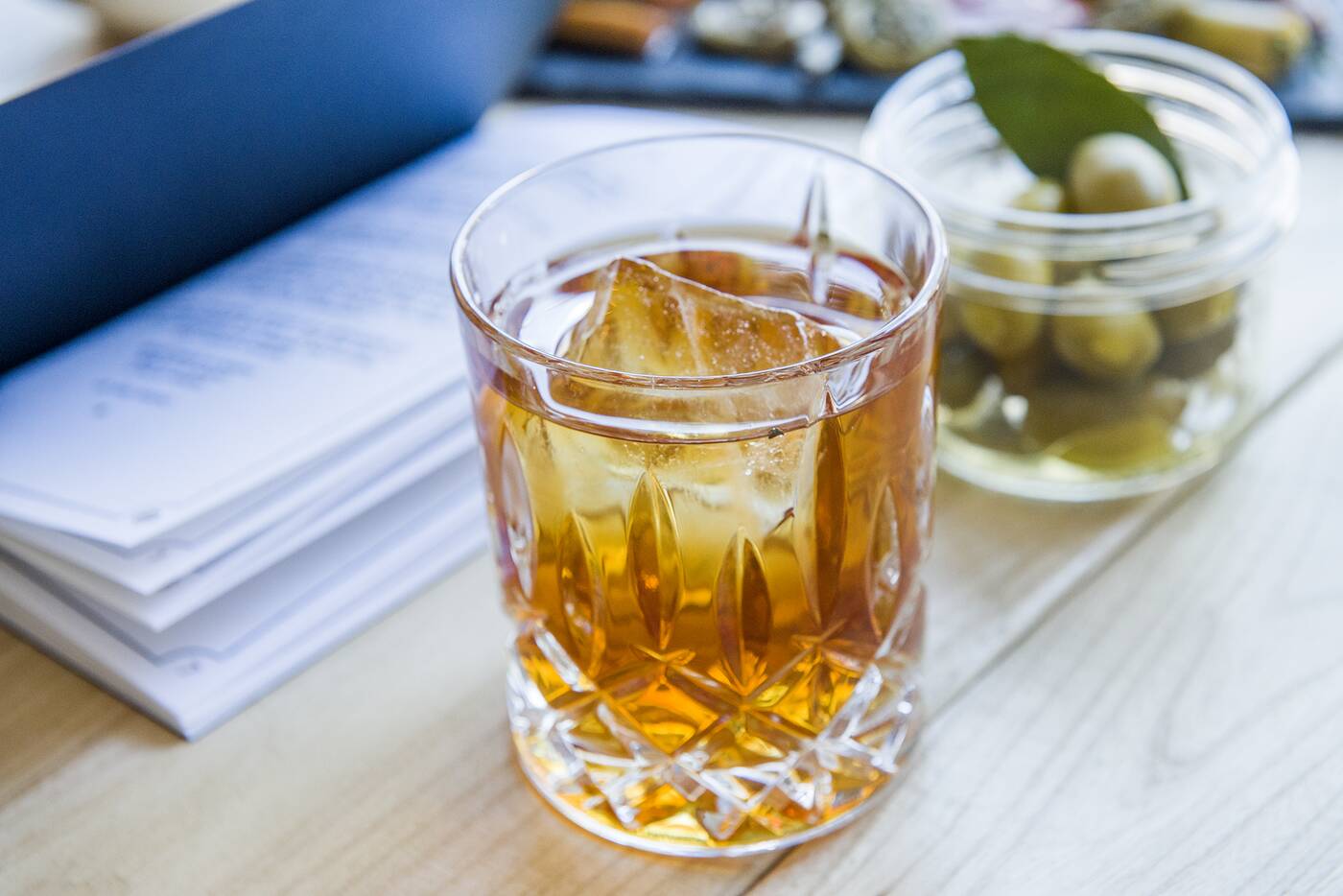 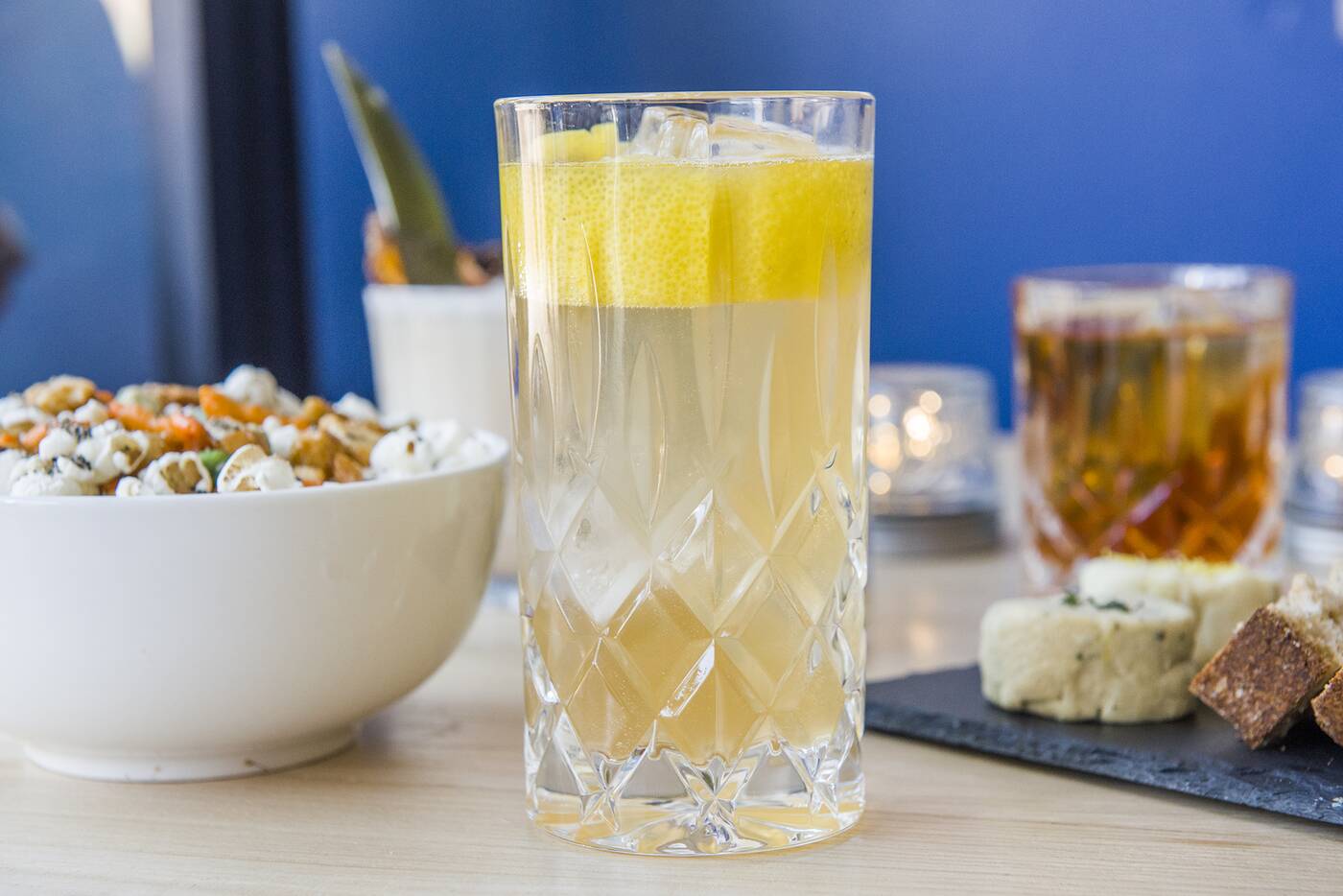 Cocktail novices or the fancy-free can ask for the “Mark of the Bar Witch” ($7 non-alcoholic, $16 alcoholic): “name your desire and enter this space of perfect love and perfect trust.” 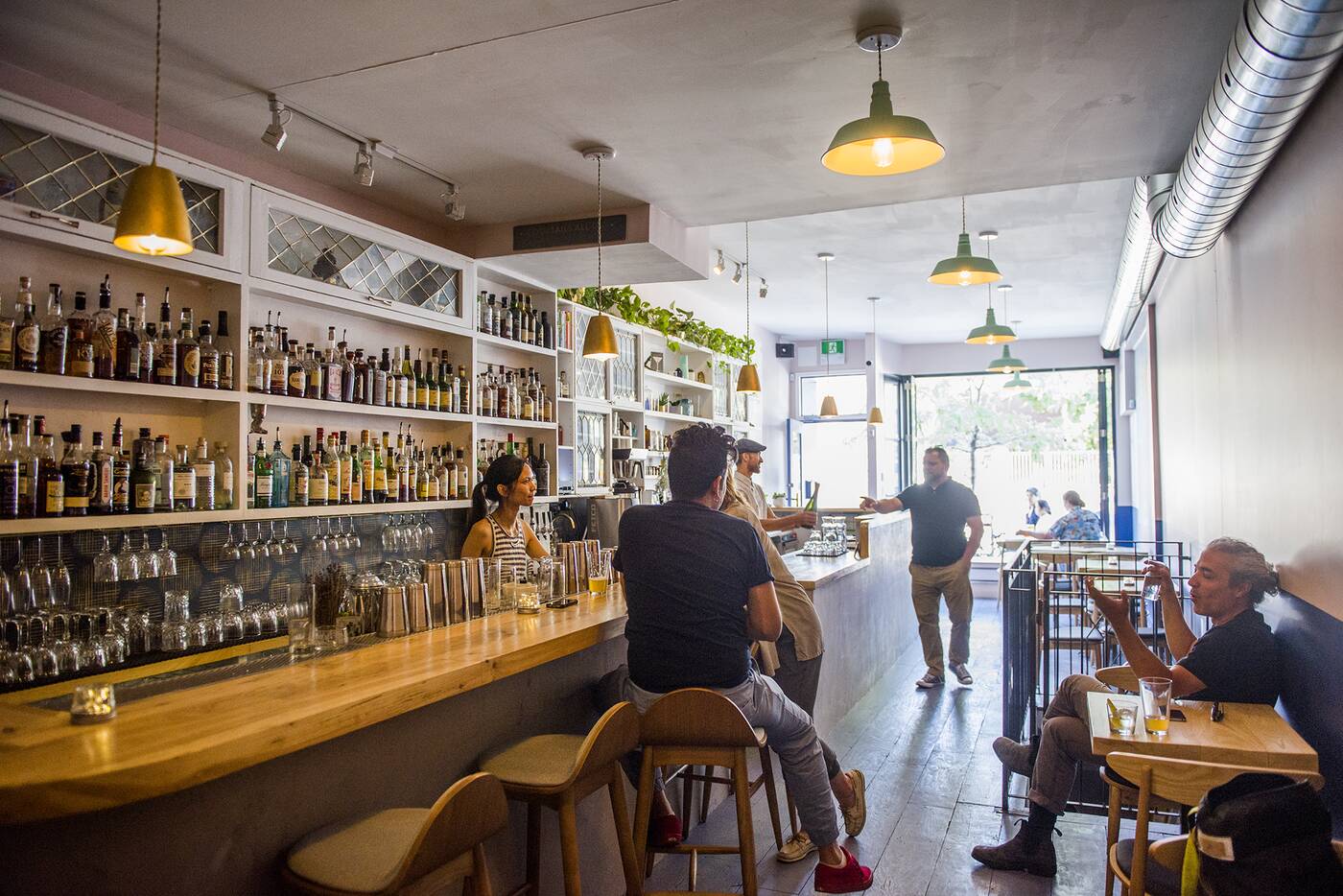 A signature map found behind the wall during renovations is still here, but the bar was completely torn out and redone using wood sourced from Deadstok Reclaimed for the remodel. Buggy paths in the reclaimed wood have been whimsically highlighted in gold. 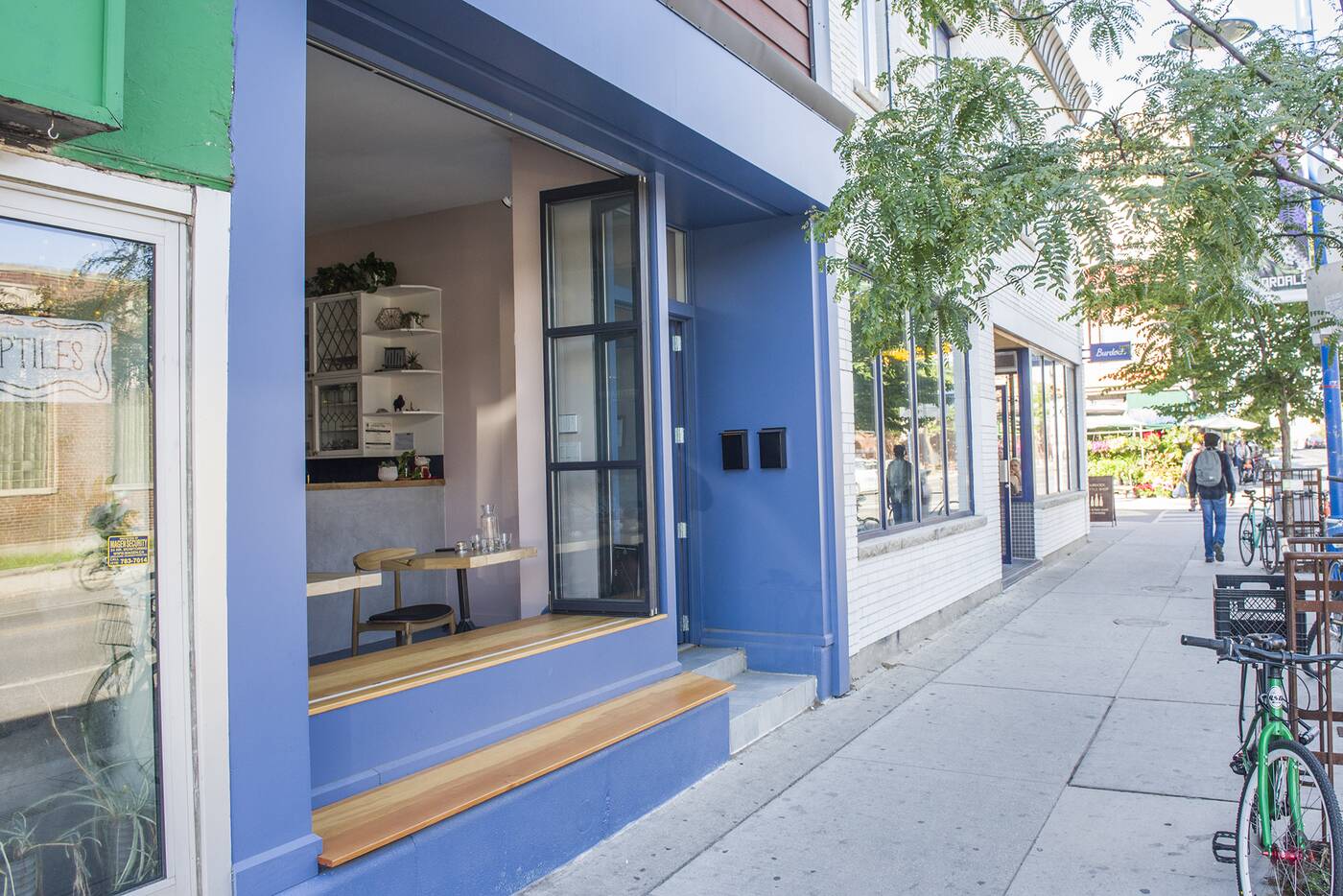