The Grand Trunk had its beginnings with three friends who wanted to save their local watering hole. Owners Alison Barrie, Michelle Waldman and James Speedy - all veteran bartenders - were regulars of Seventeen Eighteen , which occupied the space previously.

When they heard it was shutting down, they knew they wanted the space to remain their bar. And what better way to do that than to run it themselves. 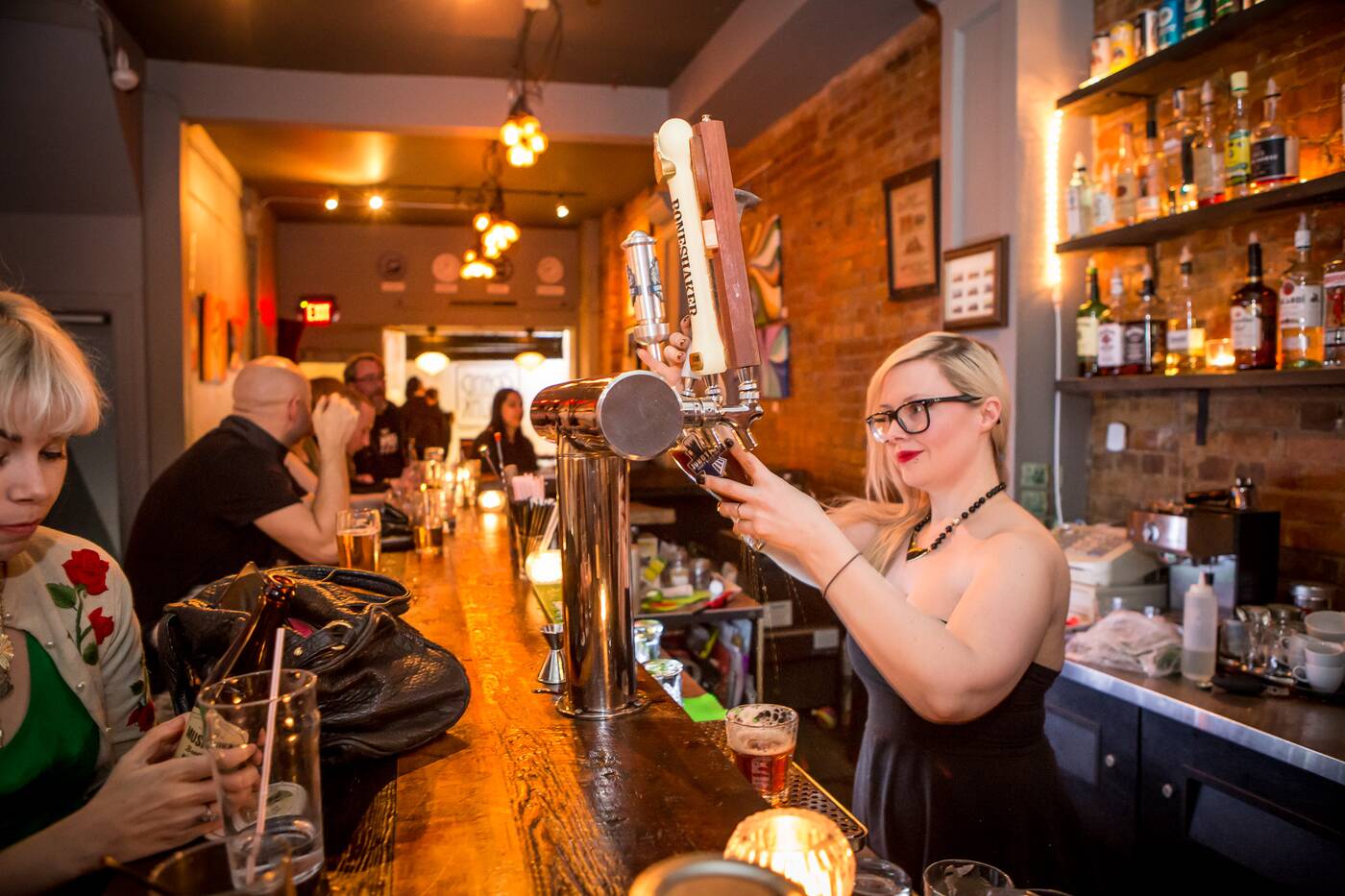 Barrie said that in coming up with the name and the concept of the bar, they wanted to somehow allude to the history of the neighbourhood.

They thought it would be fitting to pay homage to the Grand Trunk Railway, which used to run through Parkdale when it was in operation eons ago from the mid-19th- to the early-20th-century.

Fitting, then, that the bar's logo was done in an art-deco style. There are other decor elements found throughout the space alluding to the railway and its history. 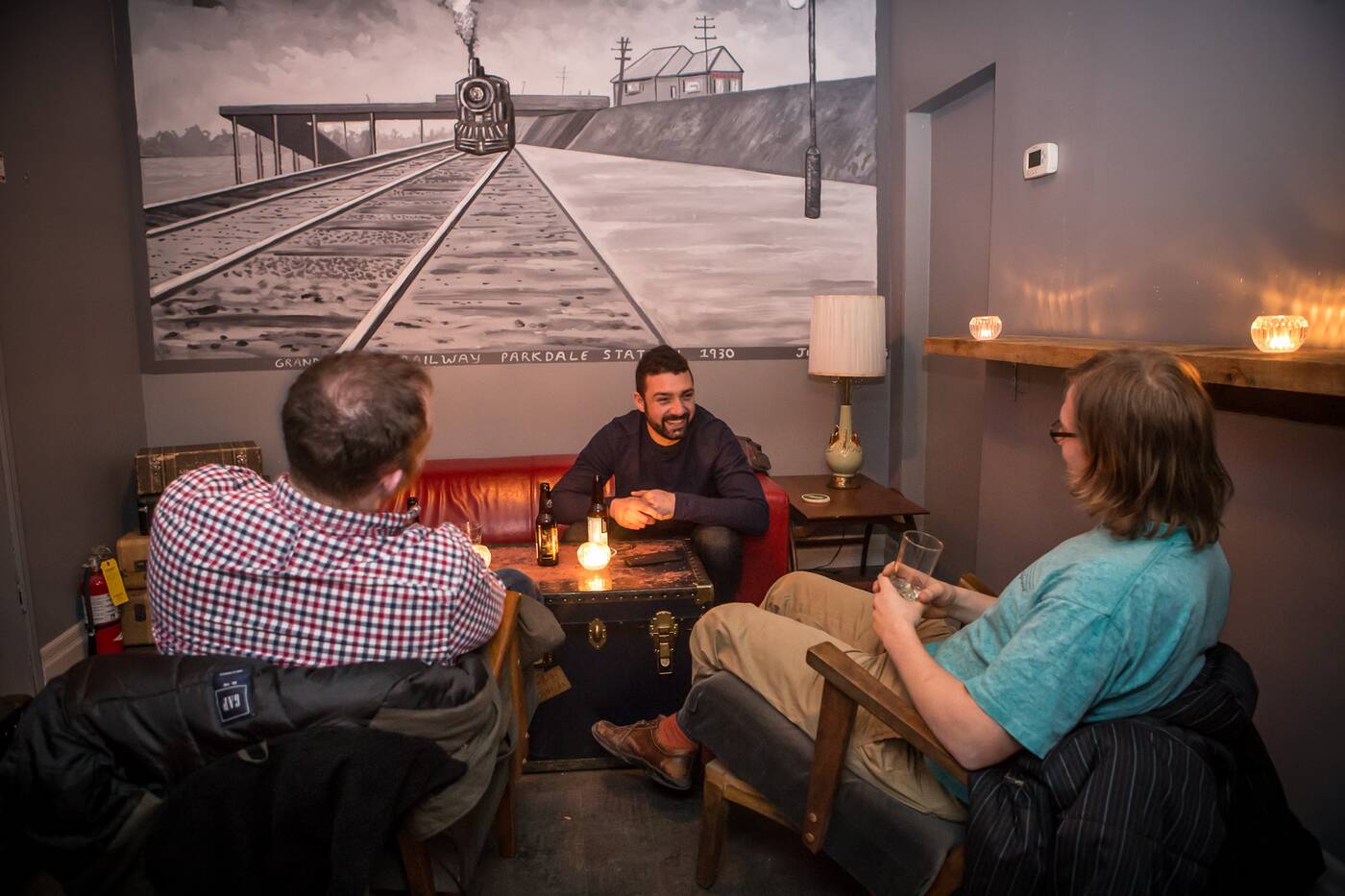 Hanging above the front windows are four time-zone clocks (all set to the right time, I'm told). In the back room, a large mural painted on the wall by local artist Jim Bravo depicts the Grand Trunk Railway Parkdale Station.

Most impressively, there's an authentic poster-sized Grand Trunk Railway schedule that lists departure times to and from Toronto and Mimico. This gem is from 1876. Barrie found it at an antique store in the neighbourhood. 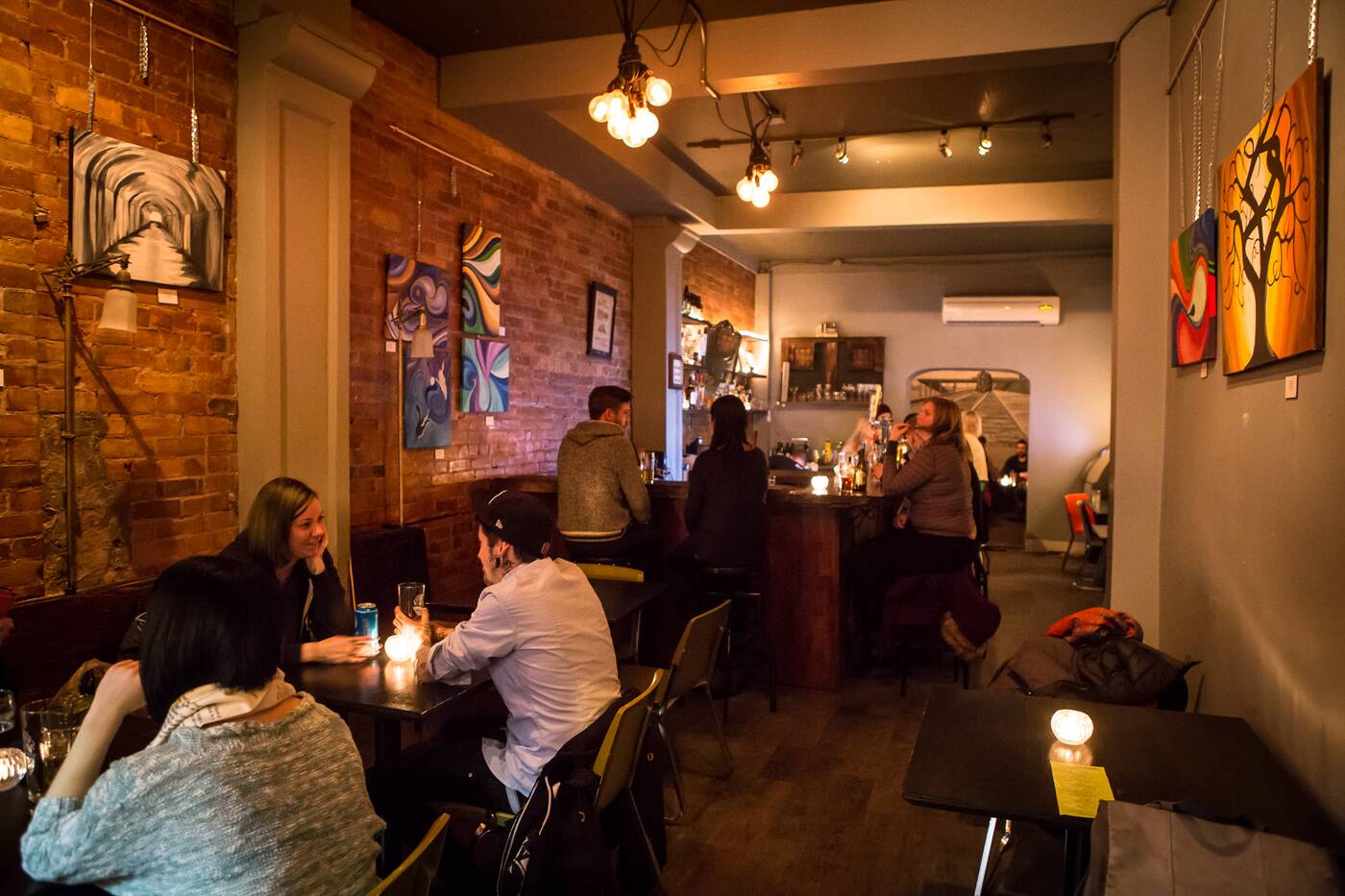 Aside from these railway-themed elements, the walls are adorned with work from local artists.

The bar doubles as a gallery (and also a cafe, during the day), featuring the works of a different local artist every month. The art is for sale, there's no hanging fee, and all proceeds go to the artist. 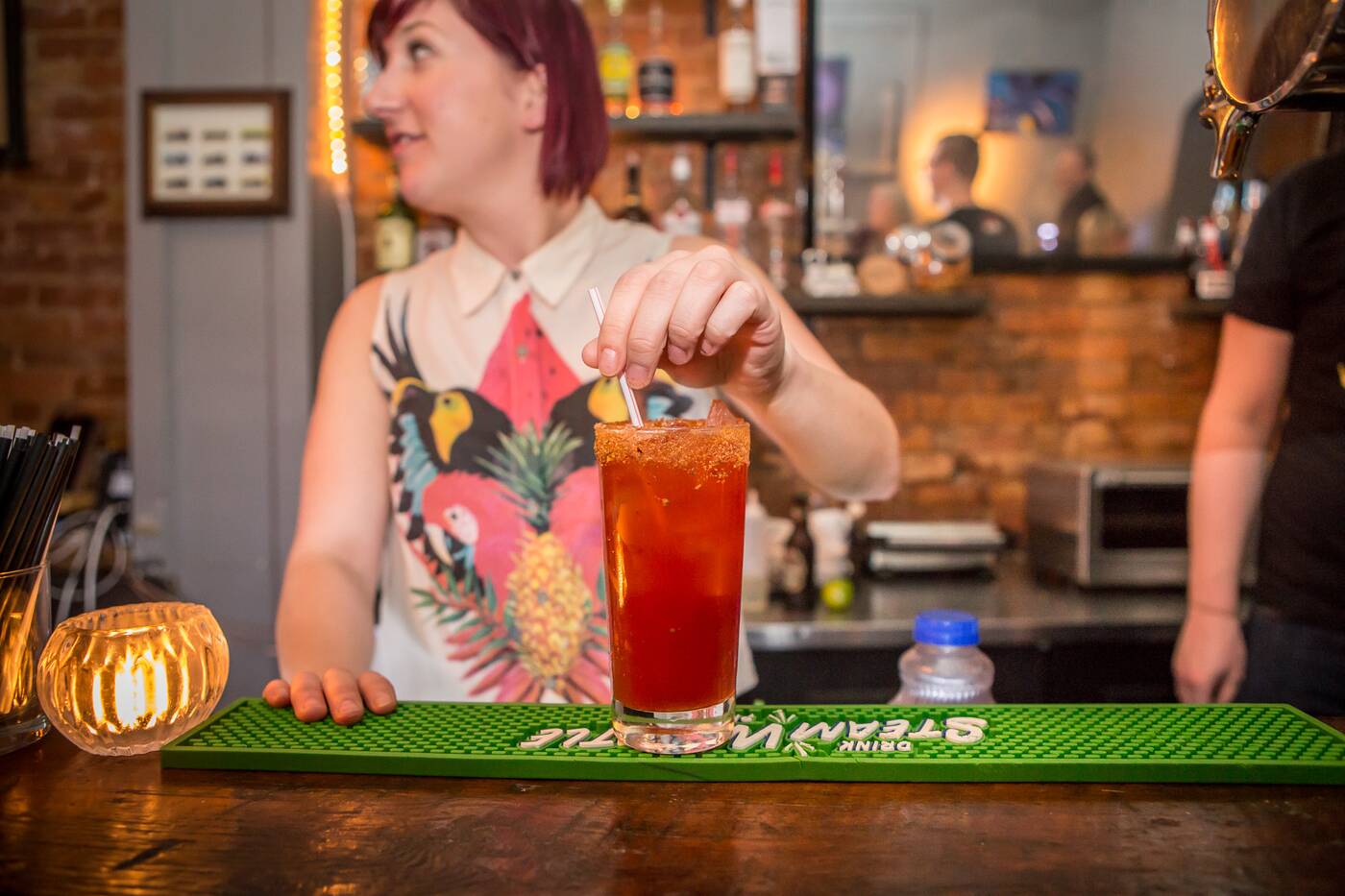 The drinks menu features classic cocktails ($7 to $9); signature drinks, which are spins on vintage cocktails (9 to $13); and a few killer versions of Caesars that come with Voth pickles ($7 to $9). 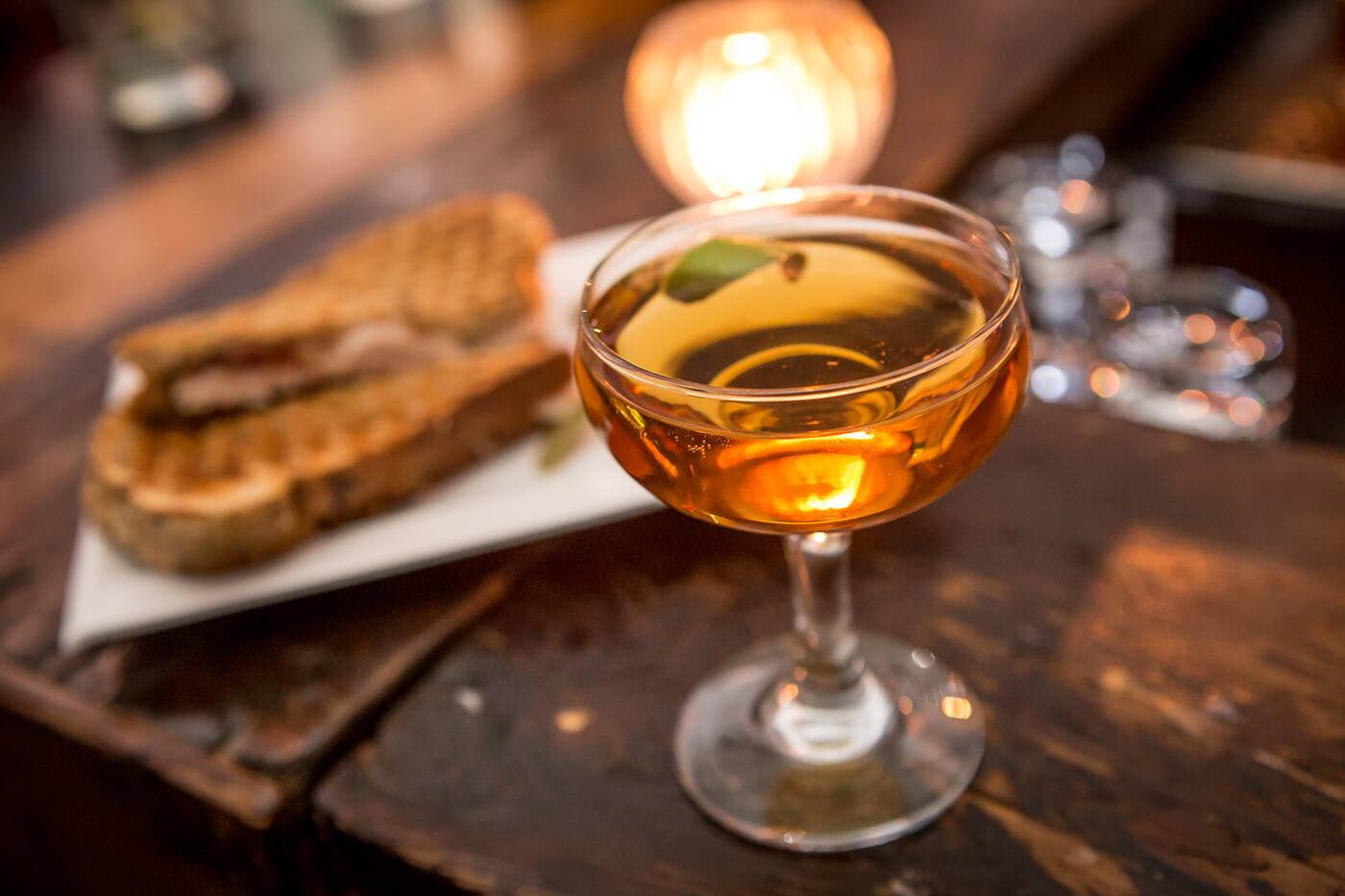 There's also a wide selection of draught, canned, and bottled craft beers. For the money-cautious, there's a different drinks special each night between Monday to Thursday. 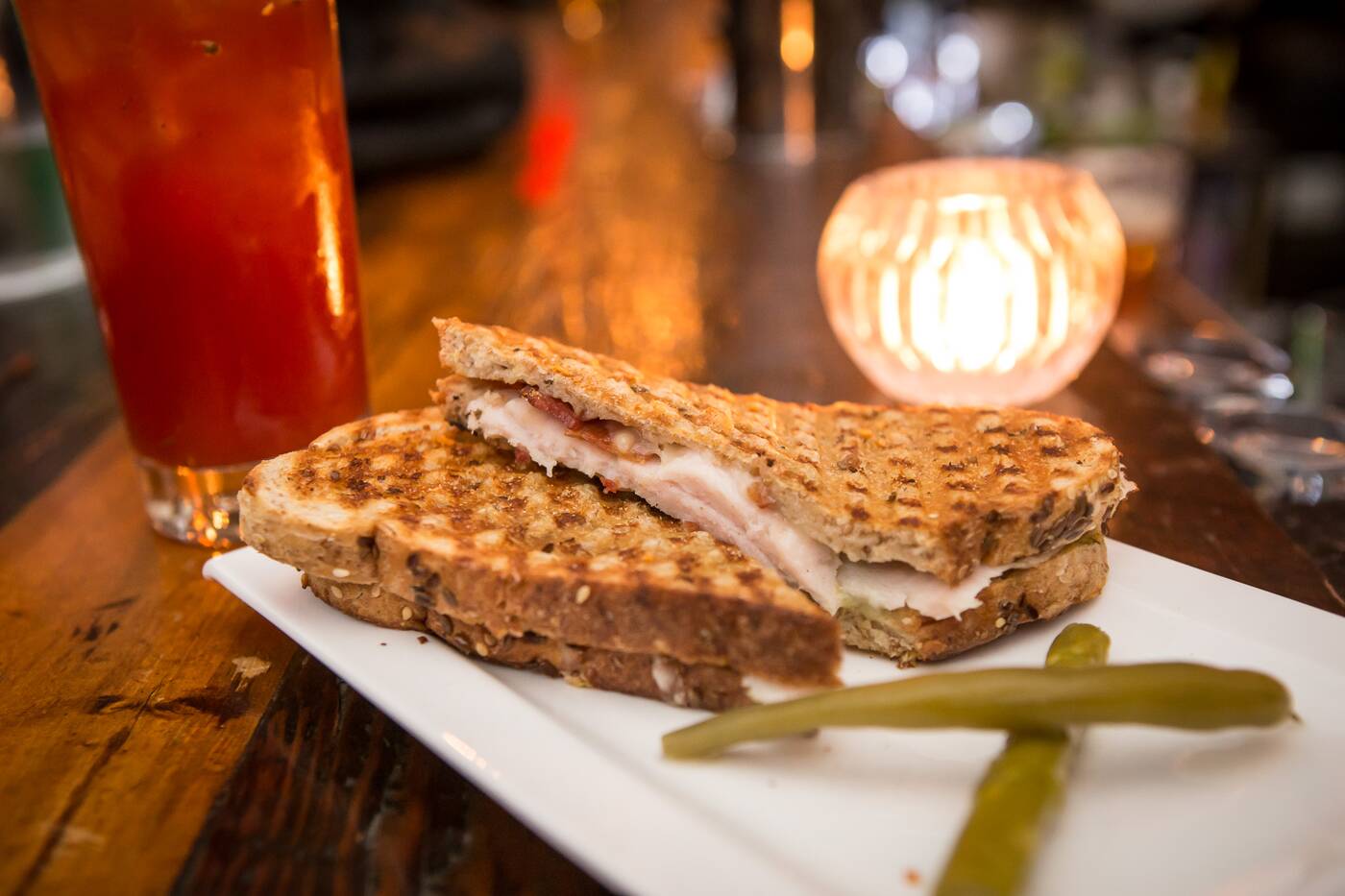 If you're hungry, there's a small but sufficient food menu here. In addition to bar snacks, you can order one (or more) of five different types of panini. There's no kitchen here, but there is a panini press and a toaster oven, which is mostly all that's needed to prepare these items.

Unfortunately the lease agreement dictates that there can't be any live music here - a shame since the back room would be a fitting place for a small stage. But the owners don't let that deter them from hosting a number of events each month. 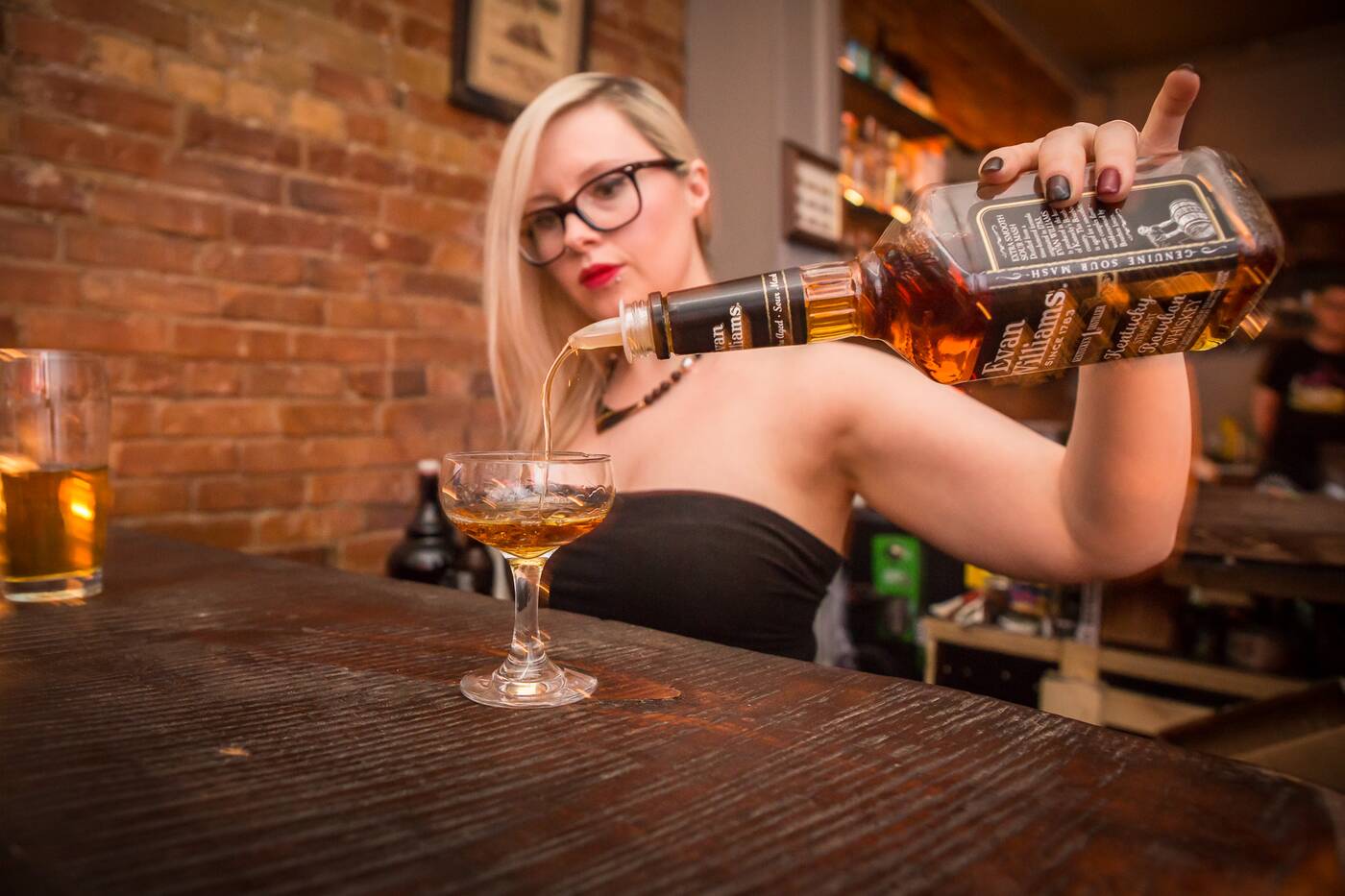 Every month, they host some sort of theme party. Previously, they've hosted a onesie party, a Halloween party, a Sweet Sixteen News Years Eve party (to ring in 2016). Every Thursday is Queer Night, and there's also a monthly bingo night.

With its friendly vibe, history-imbued decor, plentiful drinks, sandwiches, bar snacks and regular events, this bar has a lot going for it. 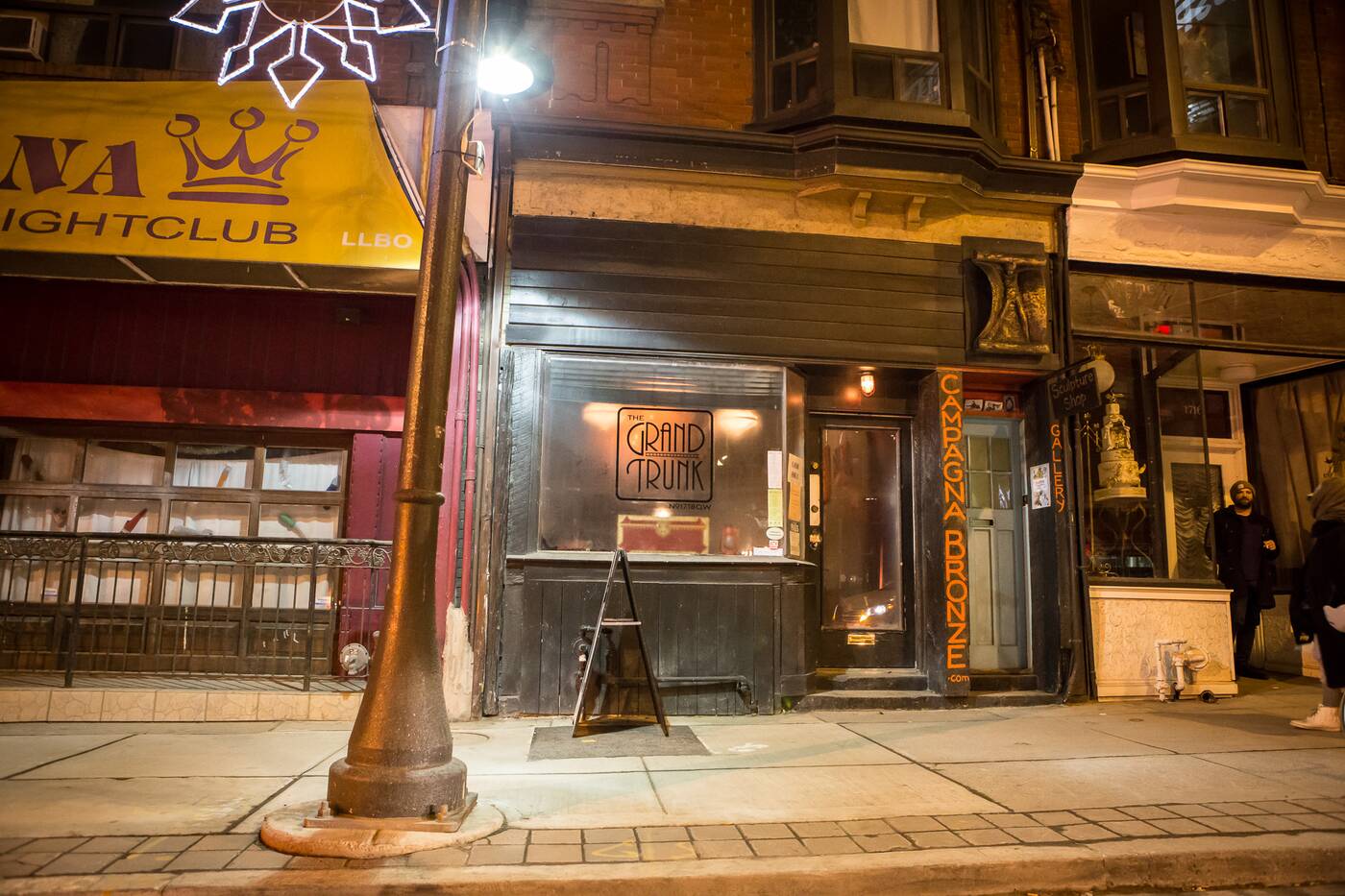