Bar Mordecai is named for the pet hawk of one of the characters in The Royal Tenenbaums, directed by Wes Anderson.

This bar is influenced by the aesthetic of his films and the style of grand old school hotel lobbies (the Tenenbaums are living in a hotel at the beginning of the movie). 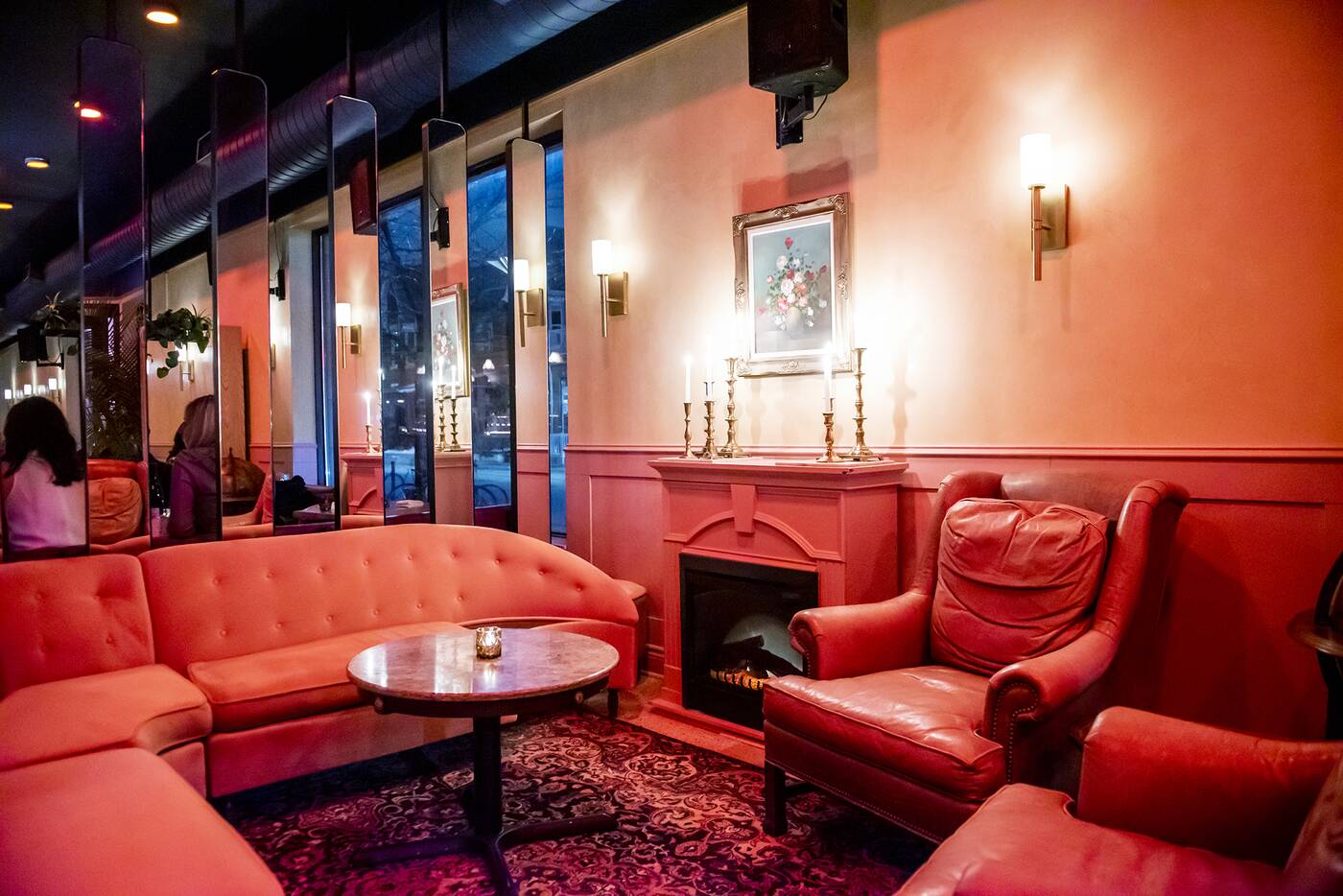 Furnished with couches and a fireplace, the space was once home to real estate offices. 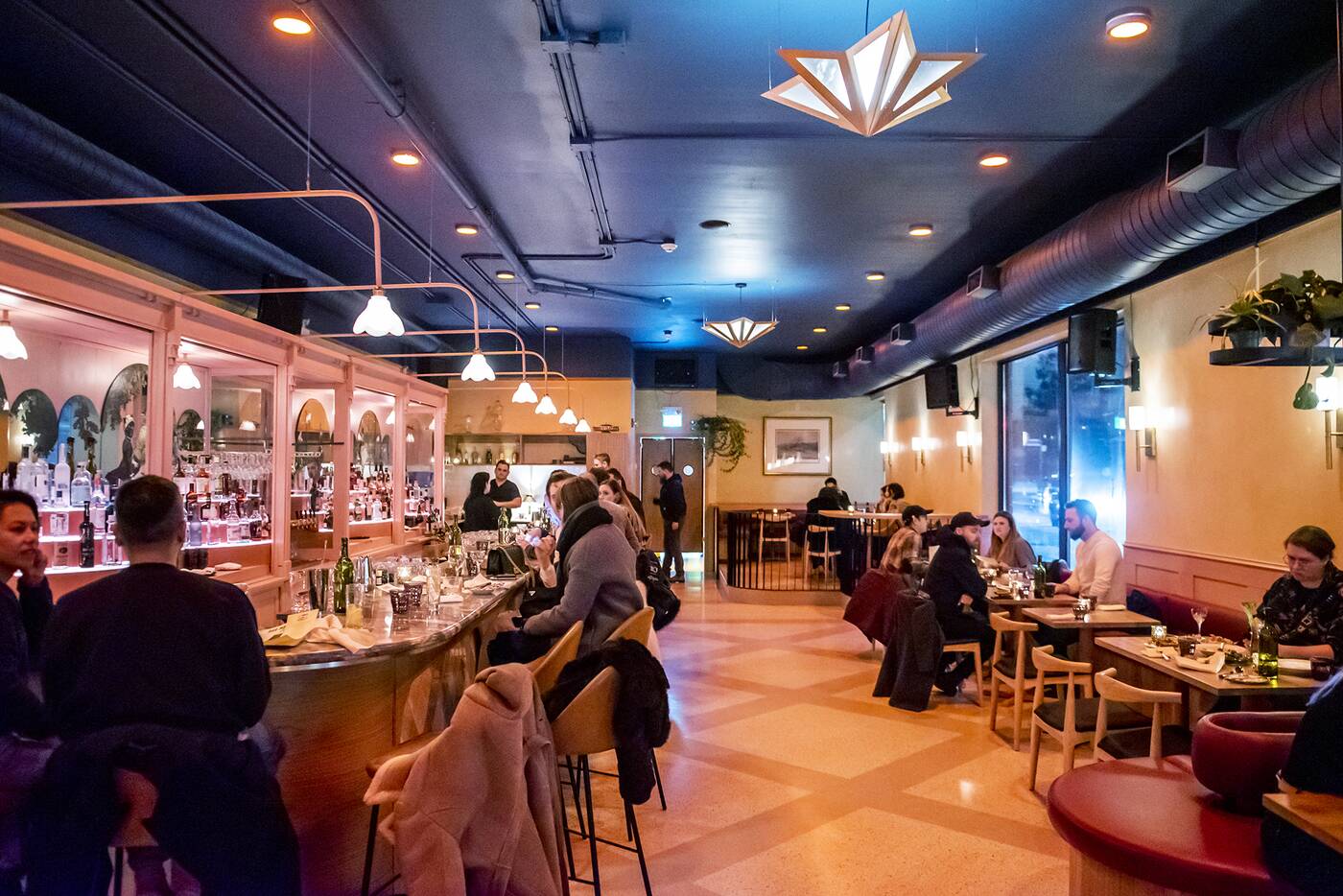 The people behind this spot are also behind Bar Mahjong, and collaborated with the same designers at Grey North to pull off this project. 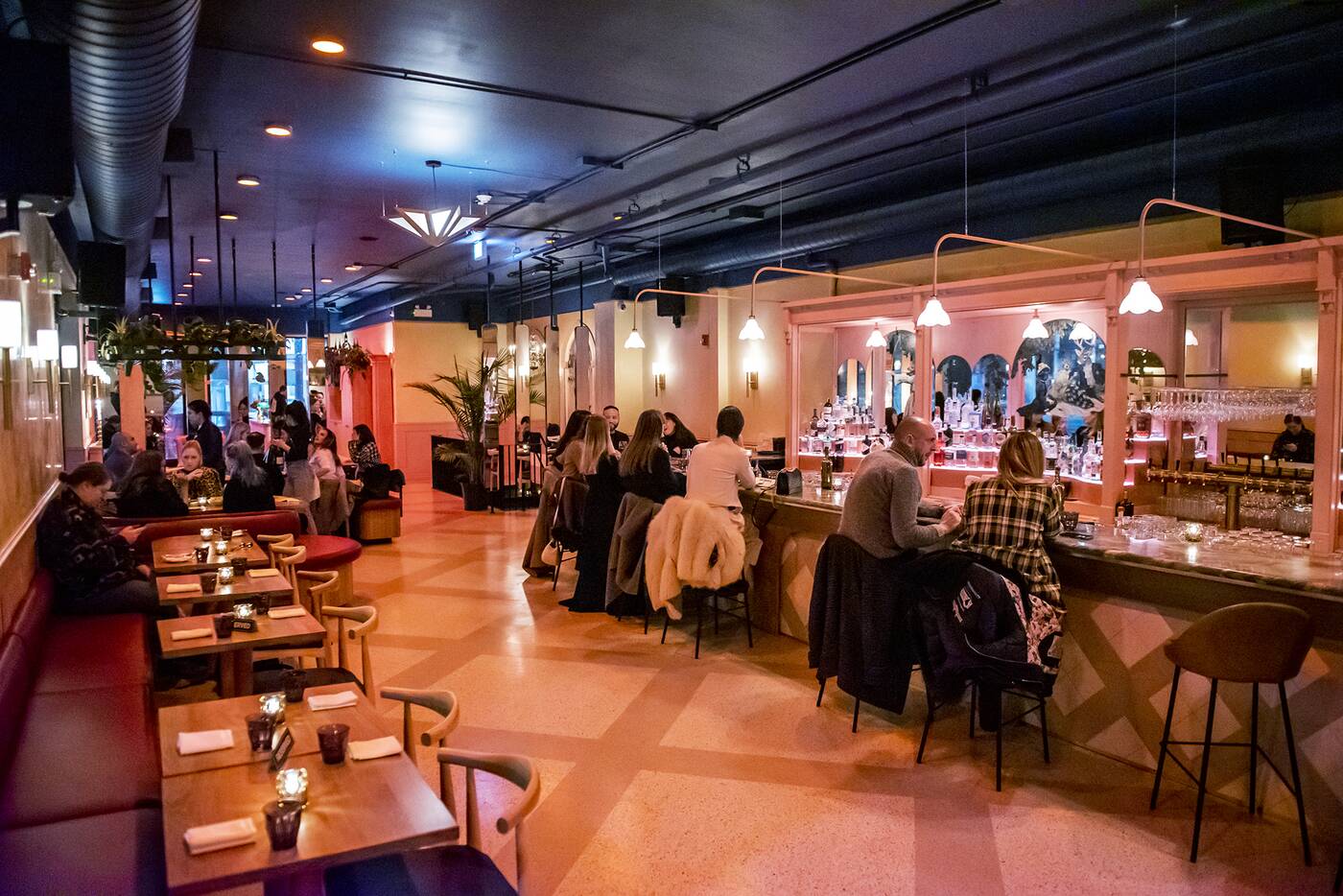 Mirrors are decorated with anthropomorphic artwork by Sylvie Smith. 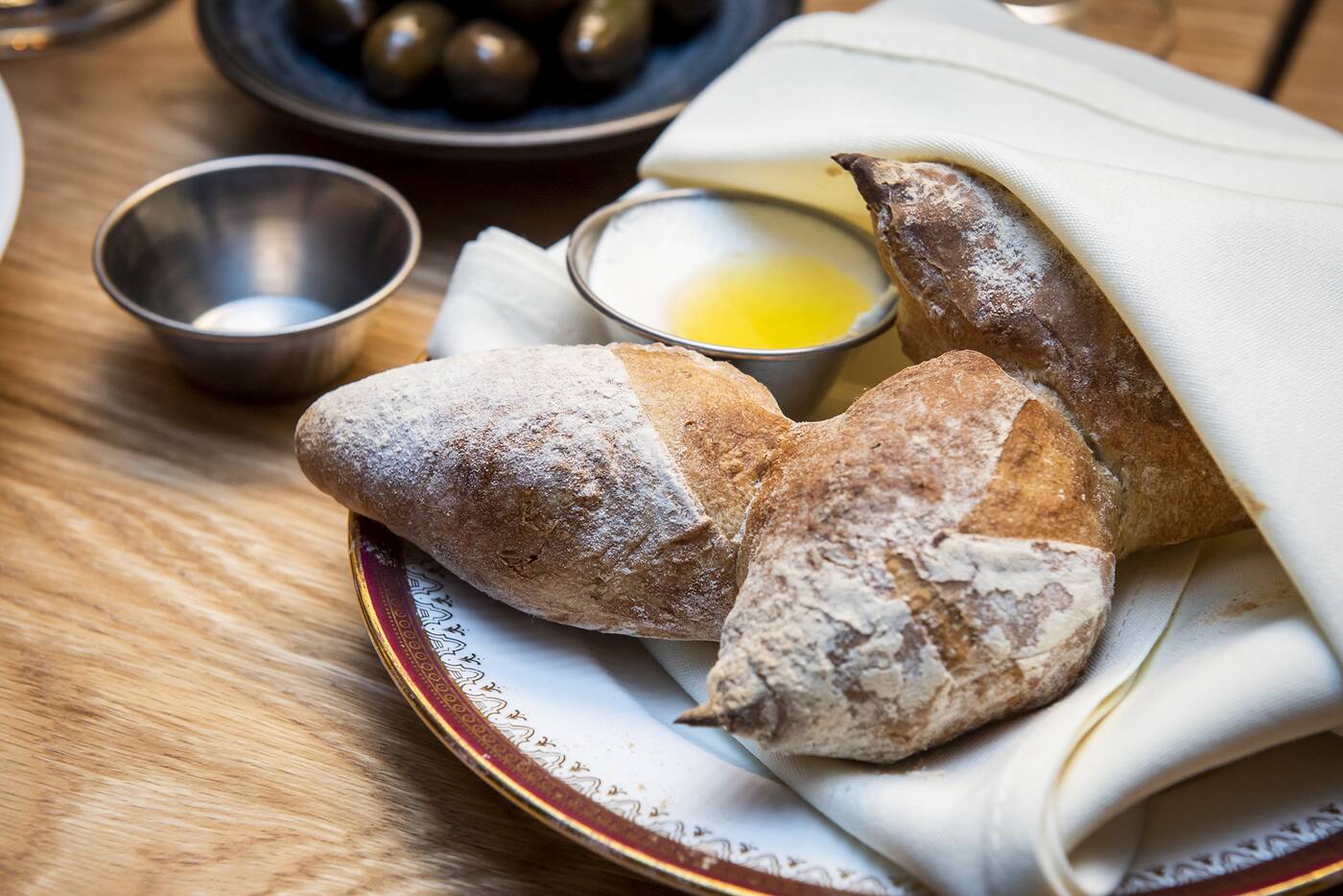 All bread is baked in house, including a crusty, flour sourdough ($5) accompanied by a creamy ricotta for dipping. 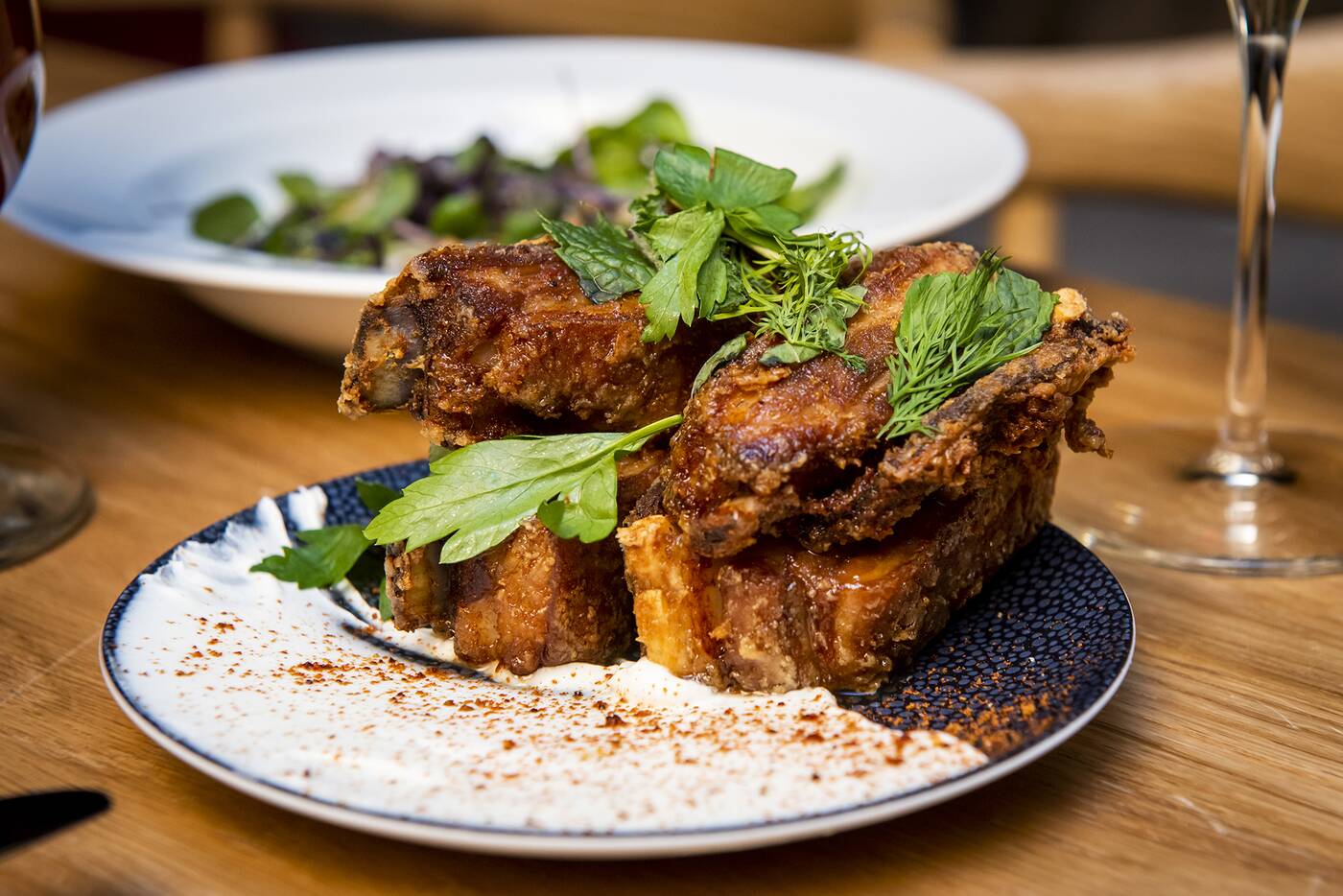 Lamb ribs ($14) are a more substantial snack, incredibly fatty with a crusty coating and scattered with a blend of herbs, presented stacked up next to a thick swipe of tangy house yogurt. 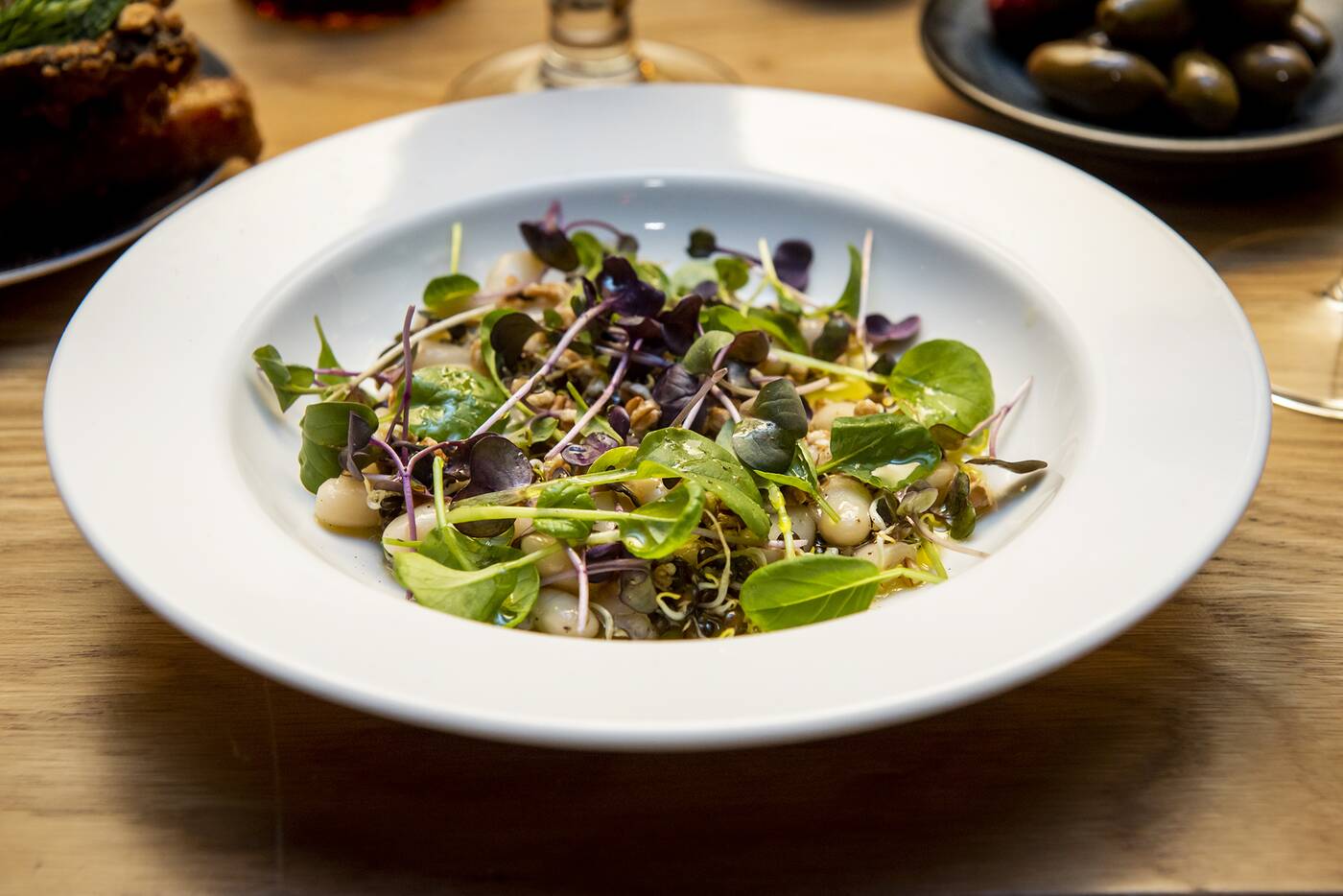 A white bean salad ($12) is a crunchy, lighter-feeling option with sprouted lentil and a white balsamic vinaigrette. 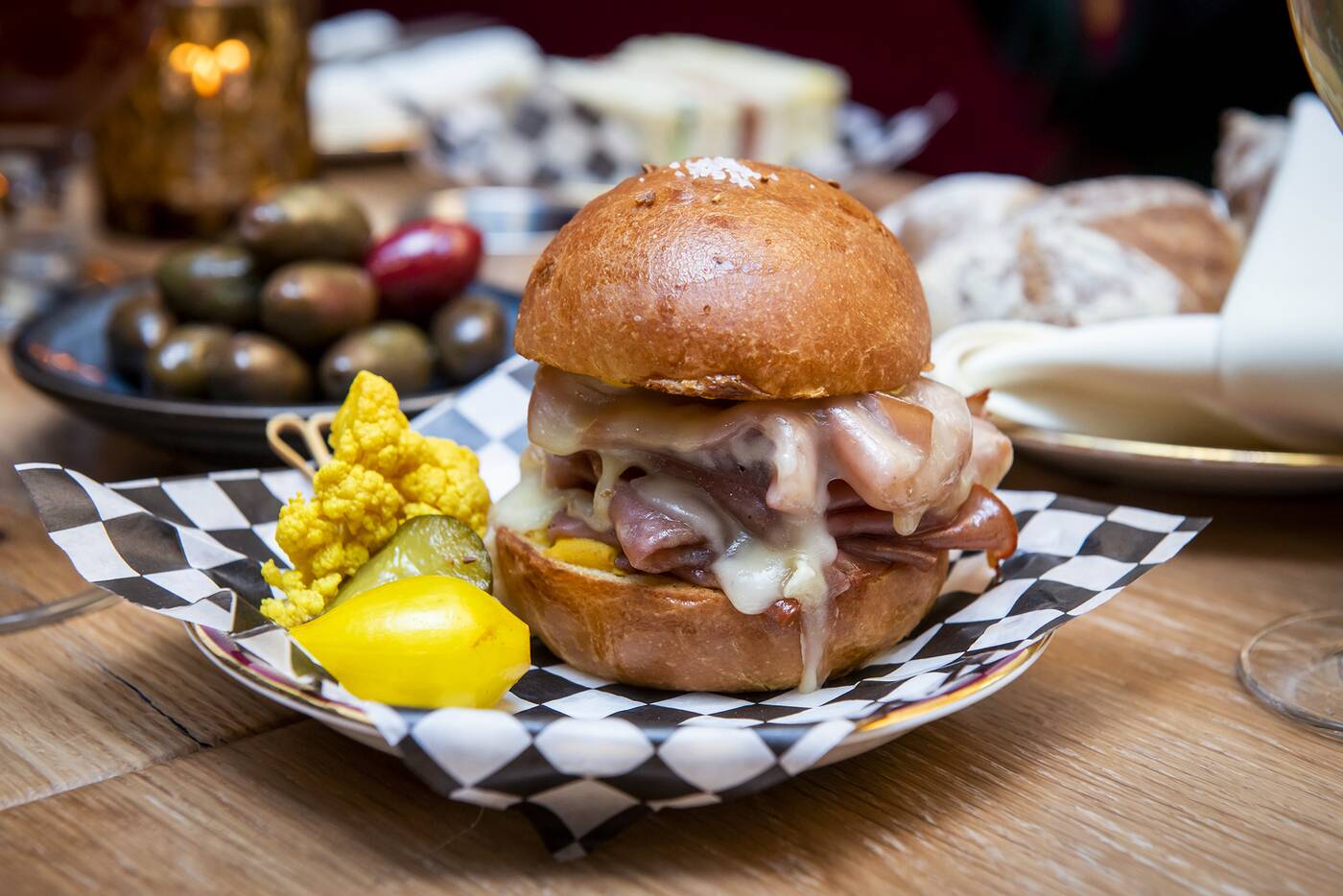 The fried mortadella sandwich ($7) is a miniature bomb of salt and fat, on a puffy bun with fontina and ball park mustard, served with a little skewer of very sour house pickles. 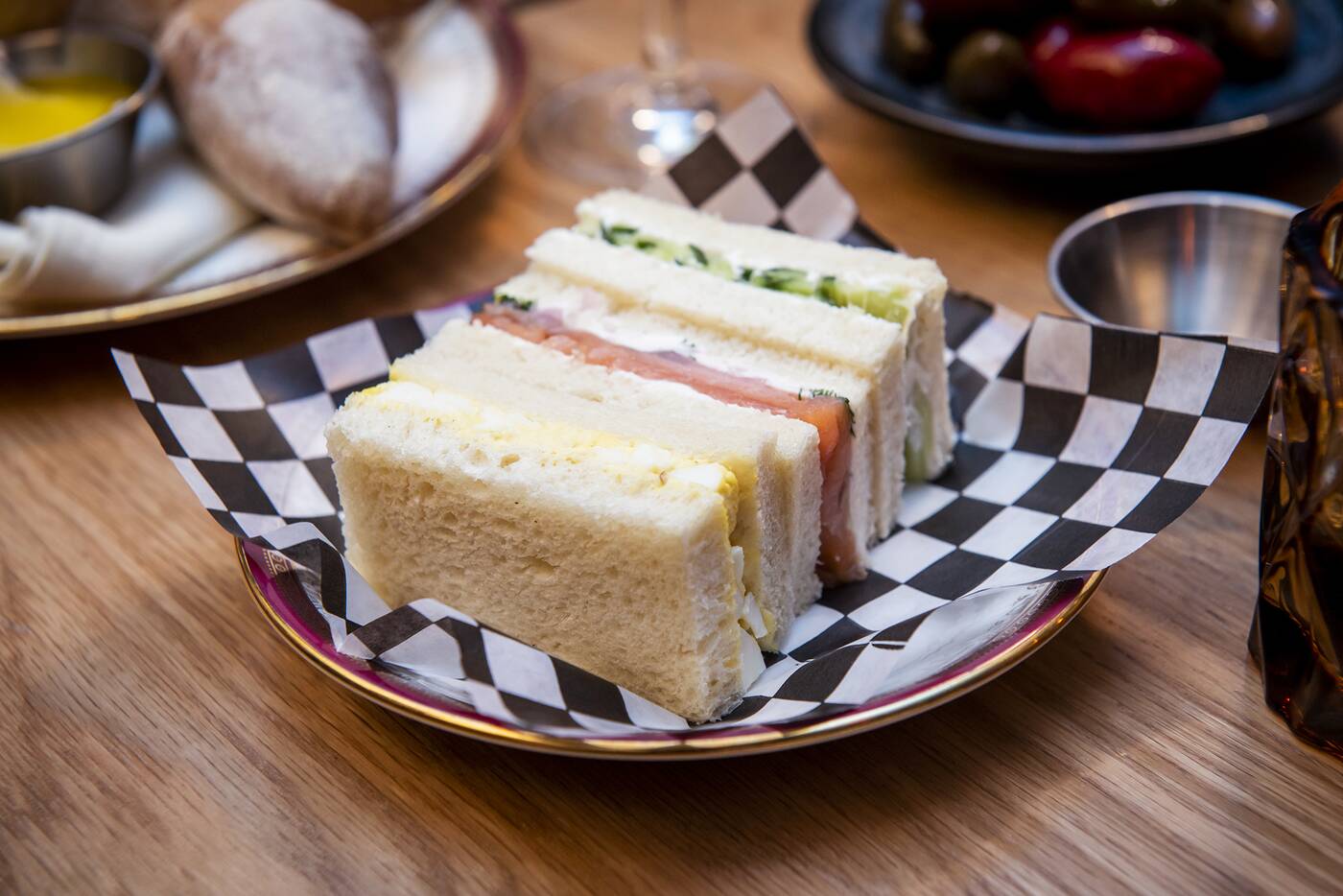 A trio of finger sandwiches ($9) made with spongy house bread have textbook fillings of smoked salmon, egg salad and cucumber. 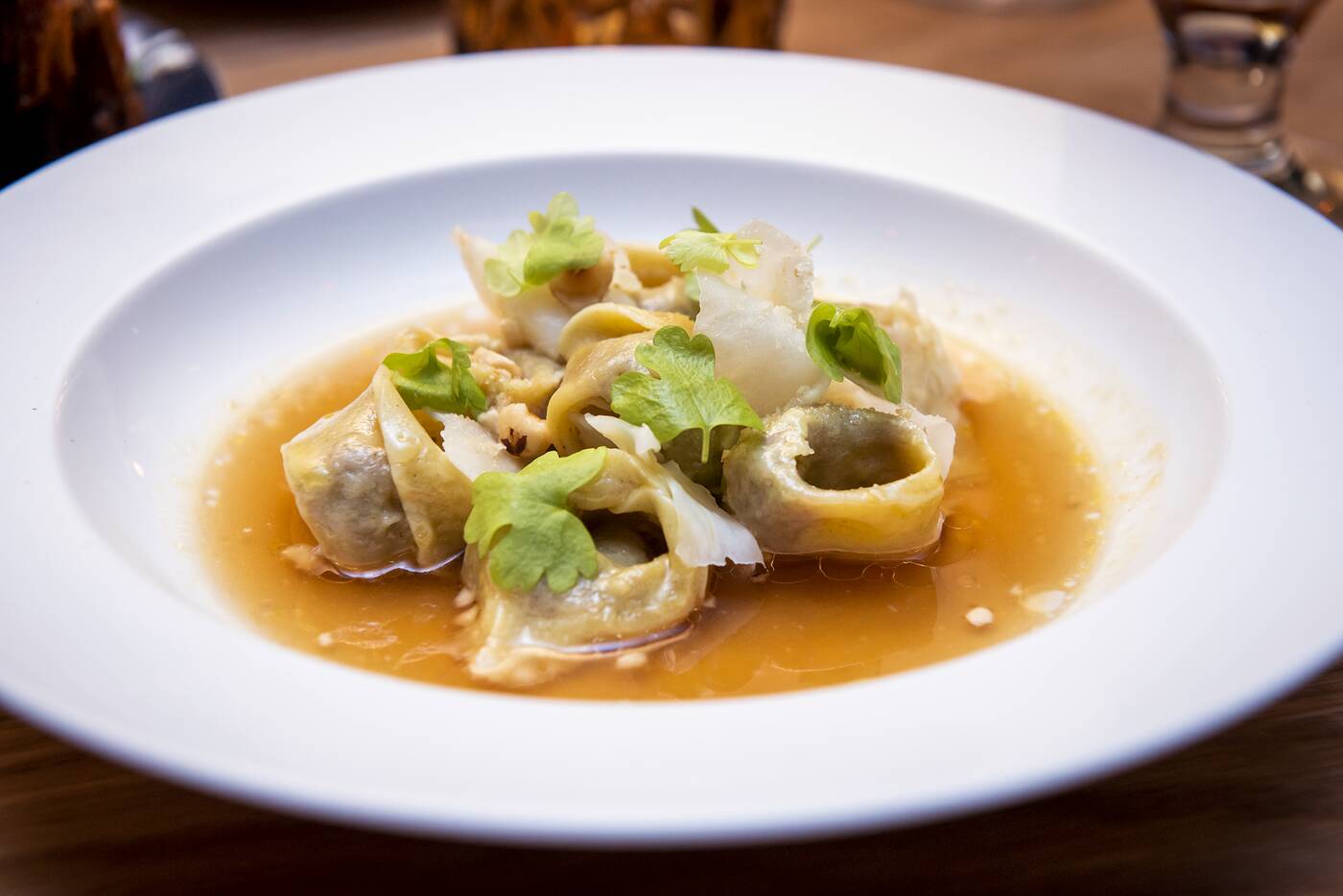 Oxtail tortellini ($16) gives a nice light touch to a normally heavy meat, pairing it with celeriac and a delicate brodo (broth). 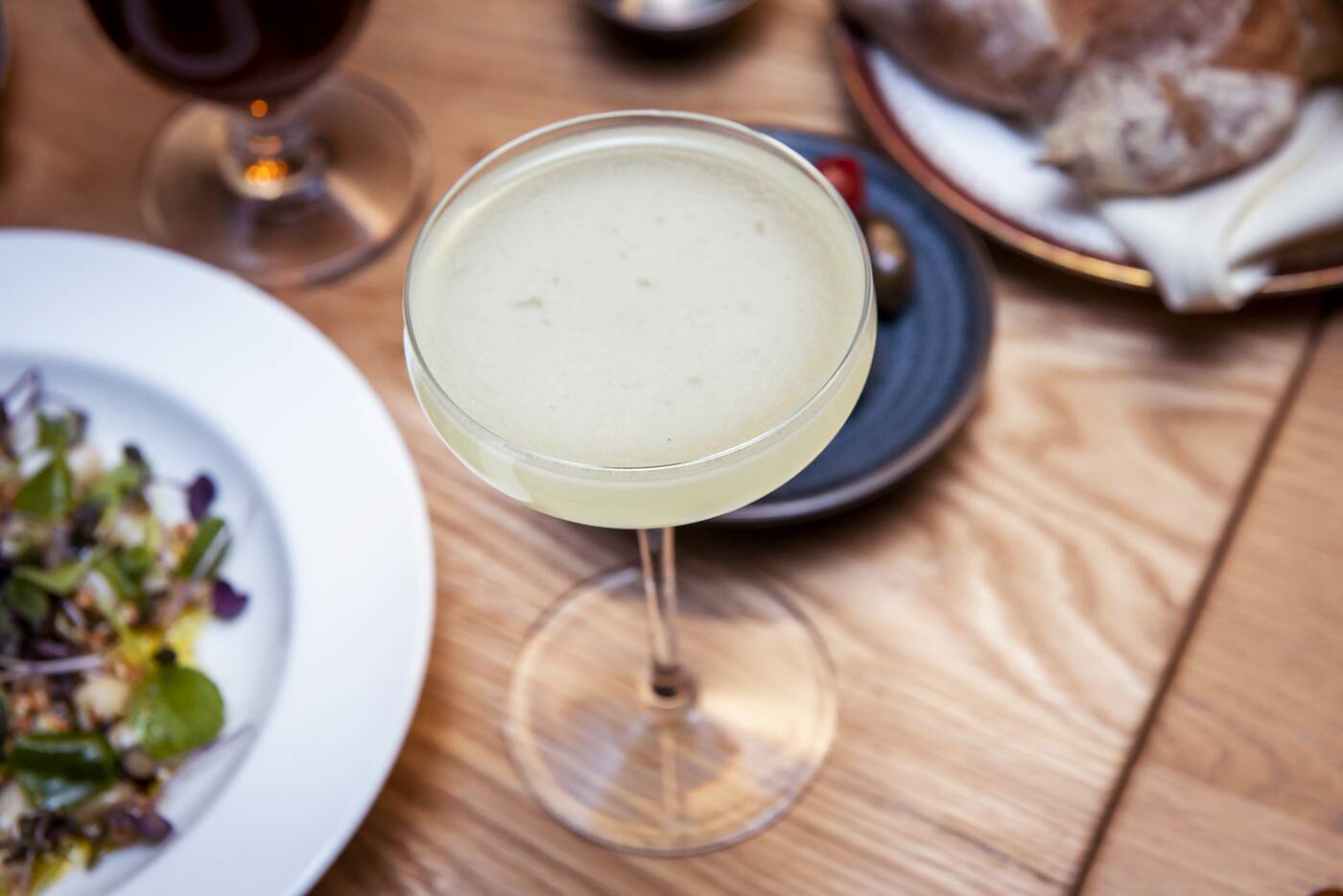 A gimlet ($14) is part of a list of Mordecai Classics, a very simple marriage of Plymouth gin and "Rose's Lime," a tart sort of cordial. 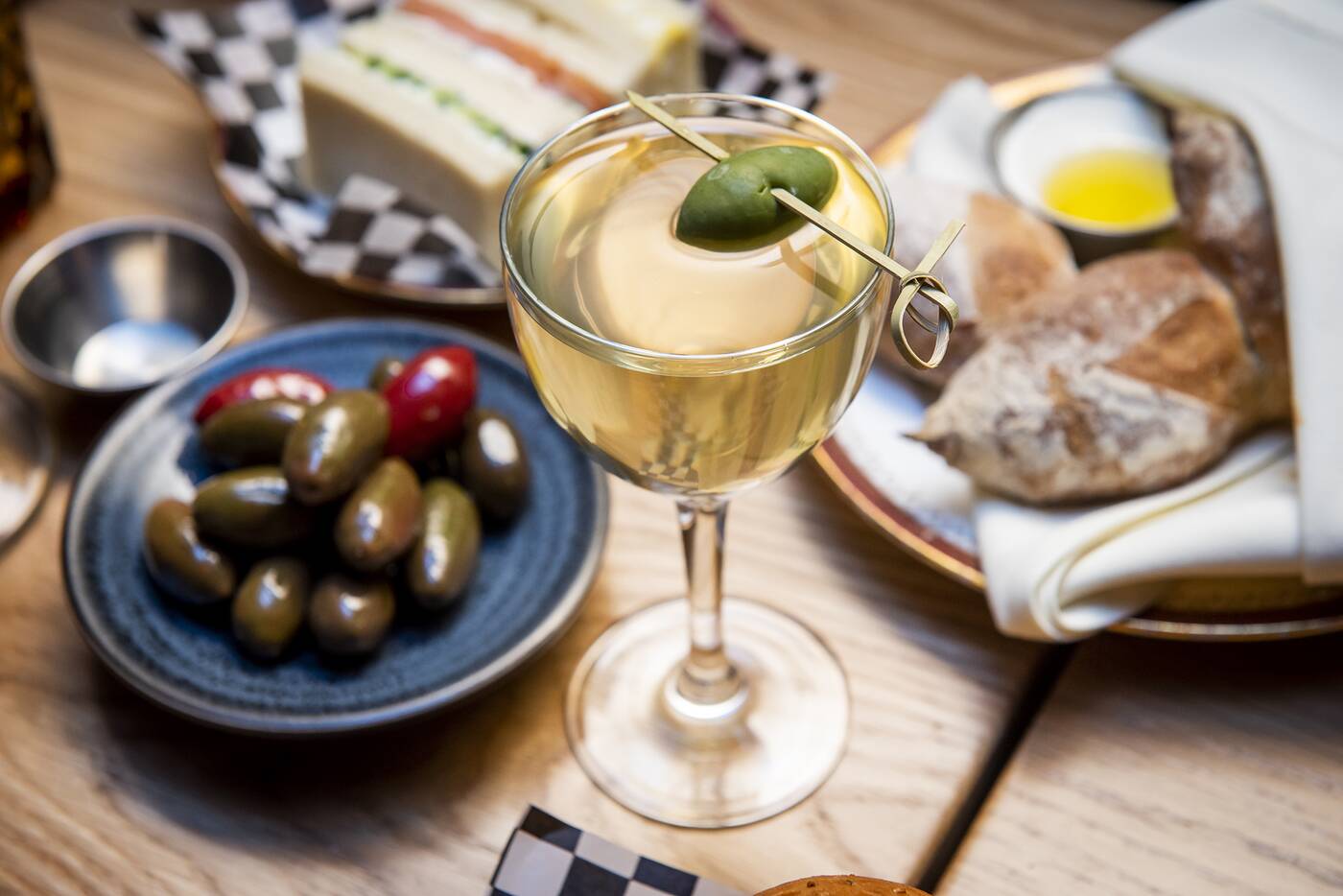 A dirty martini ($16) is similarly stripped down to the essentials of Grey Goose, vermouth and brine for a clean, satiny take on tradition, garnished with a single squeaky olive. 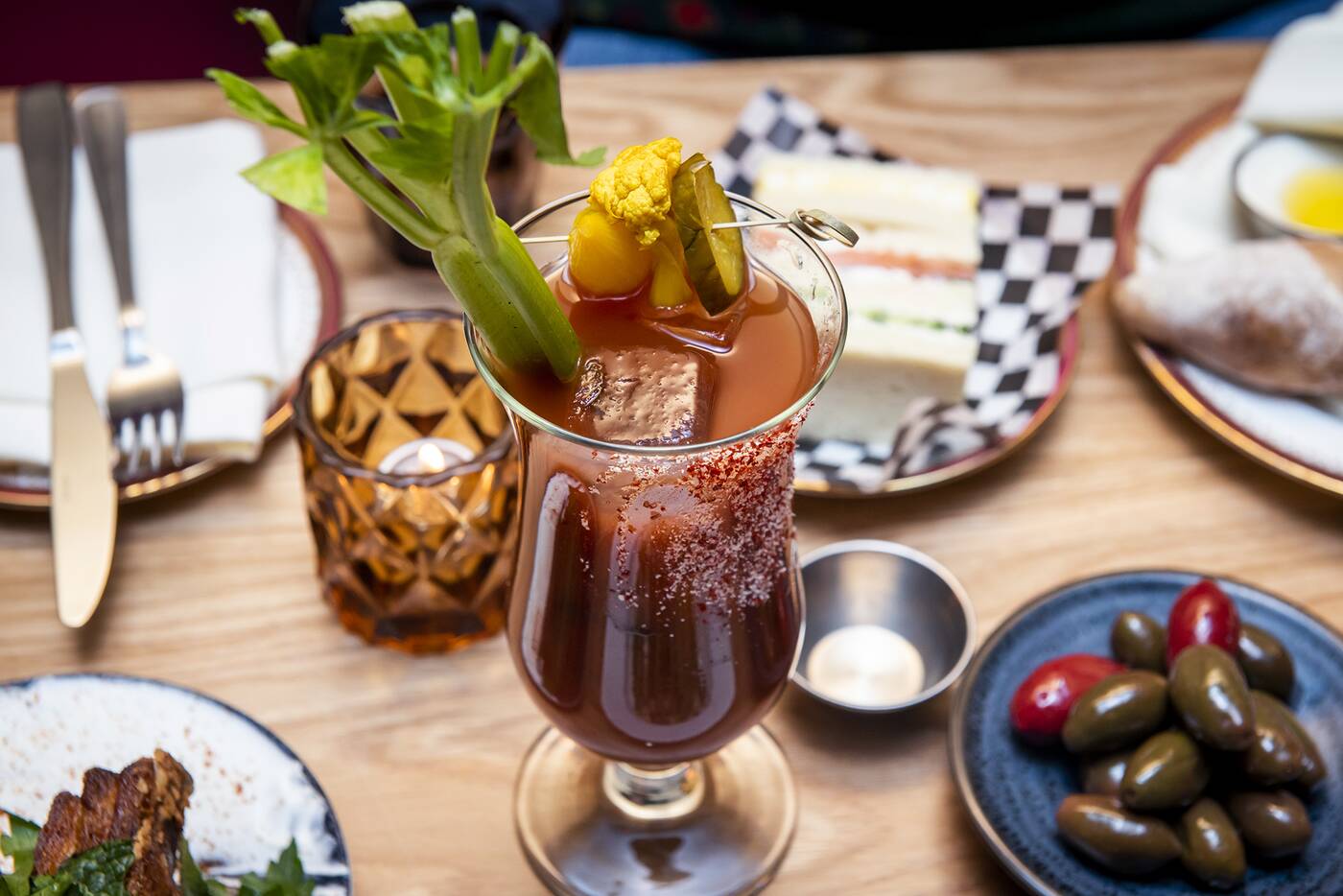 A Caesar ($13) puts a twist on the iconic cocktail by pairing aquavit, tequila and “umami sauce with the usual Clamato and lime, accompanying the usual stalk of celery with a skewer of house pickles.

A selection of highballs includes a spritz, michelada and Long Island Iced Tea. There's also beer on draft and in cans and bottles, as well as a curated wine menu. 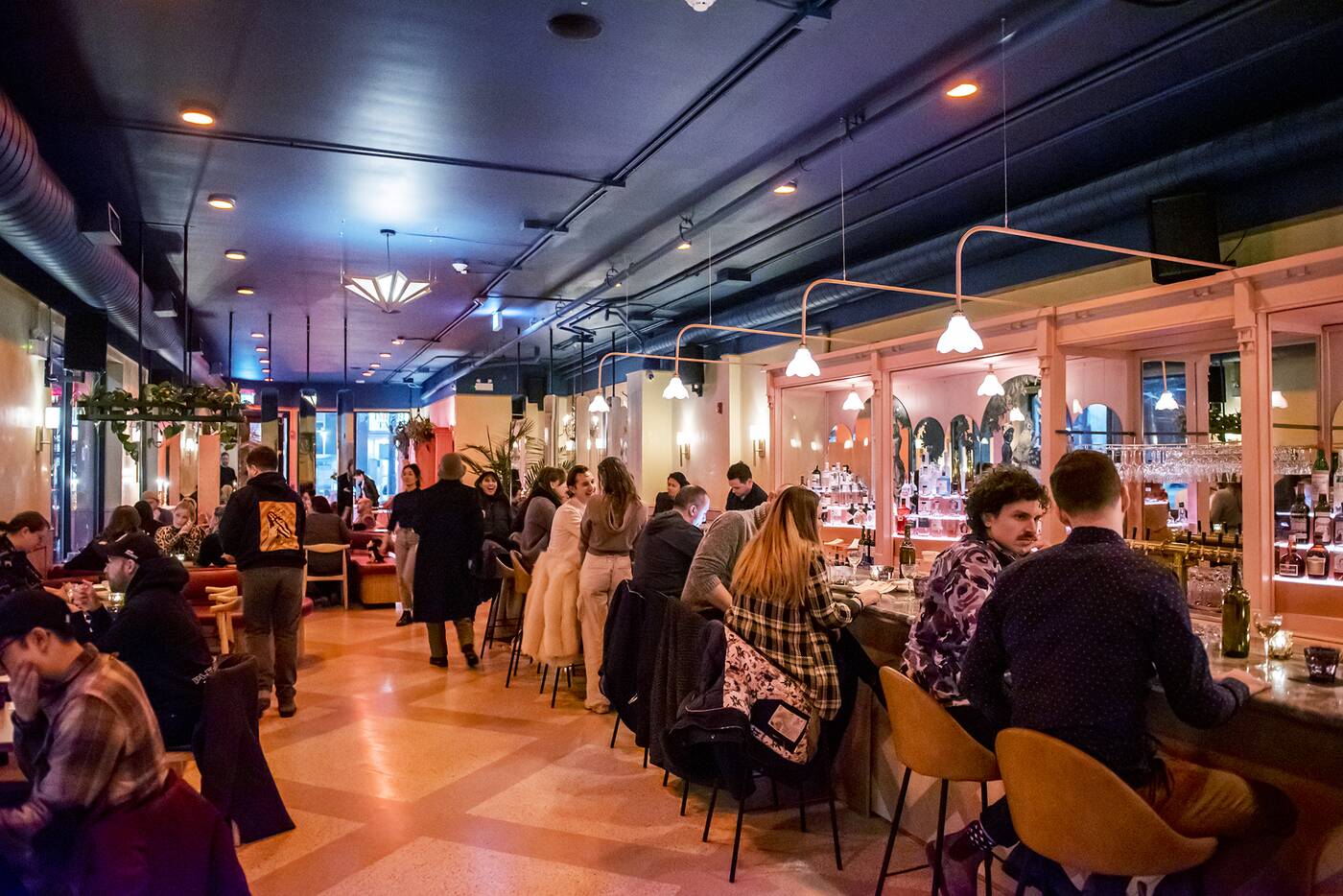 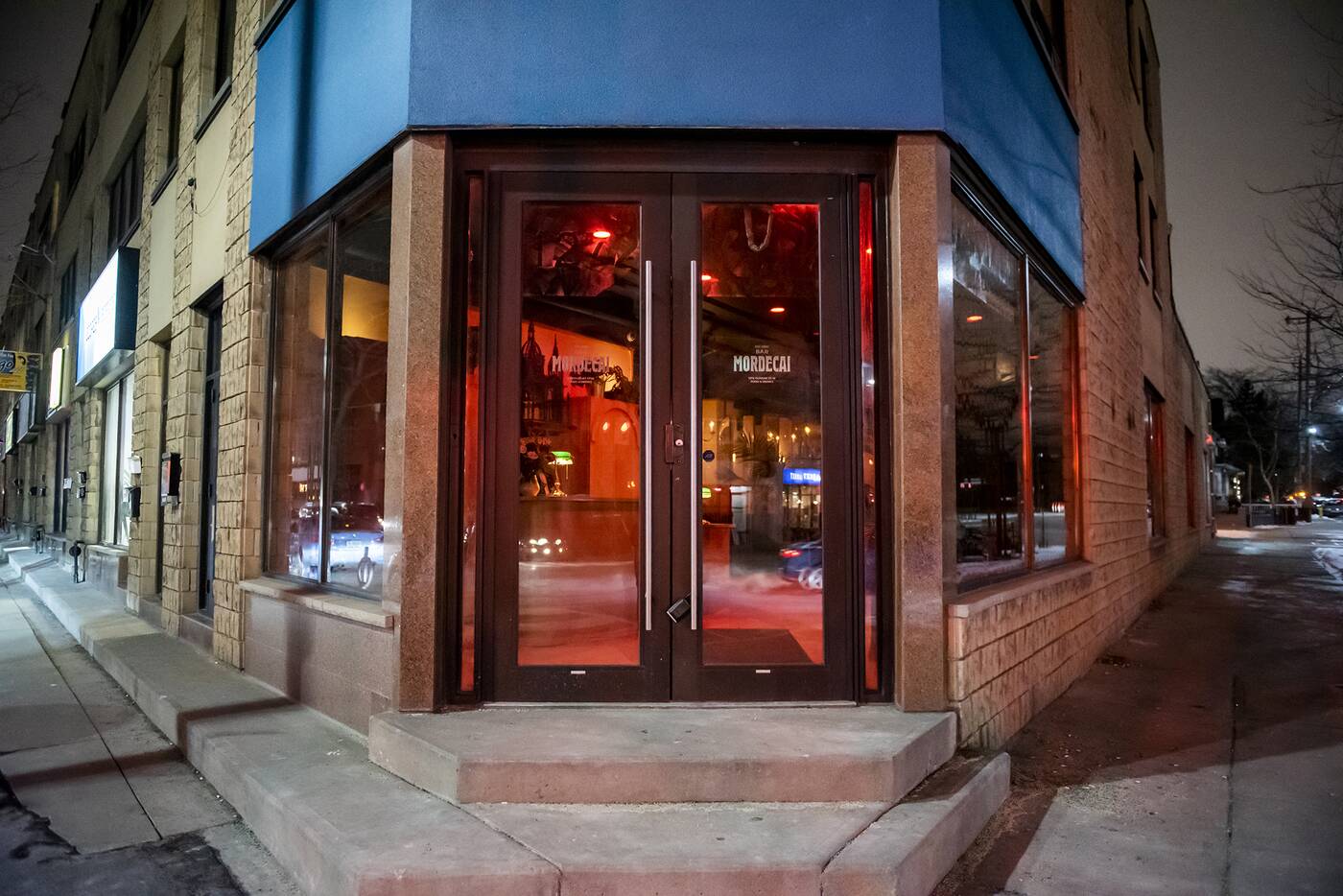