Sure, front-line workers no longer have paid breaks or full health benefits in light of last year's minimum wage increase, but look at this sweet new corporate office atop what used to be the TSX trading floor! 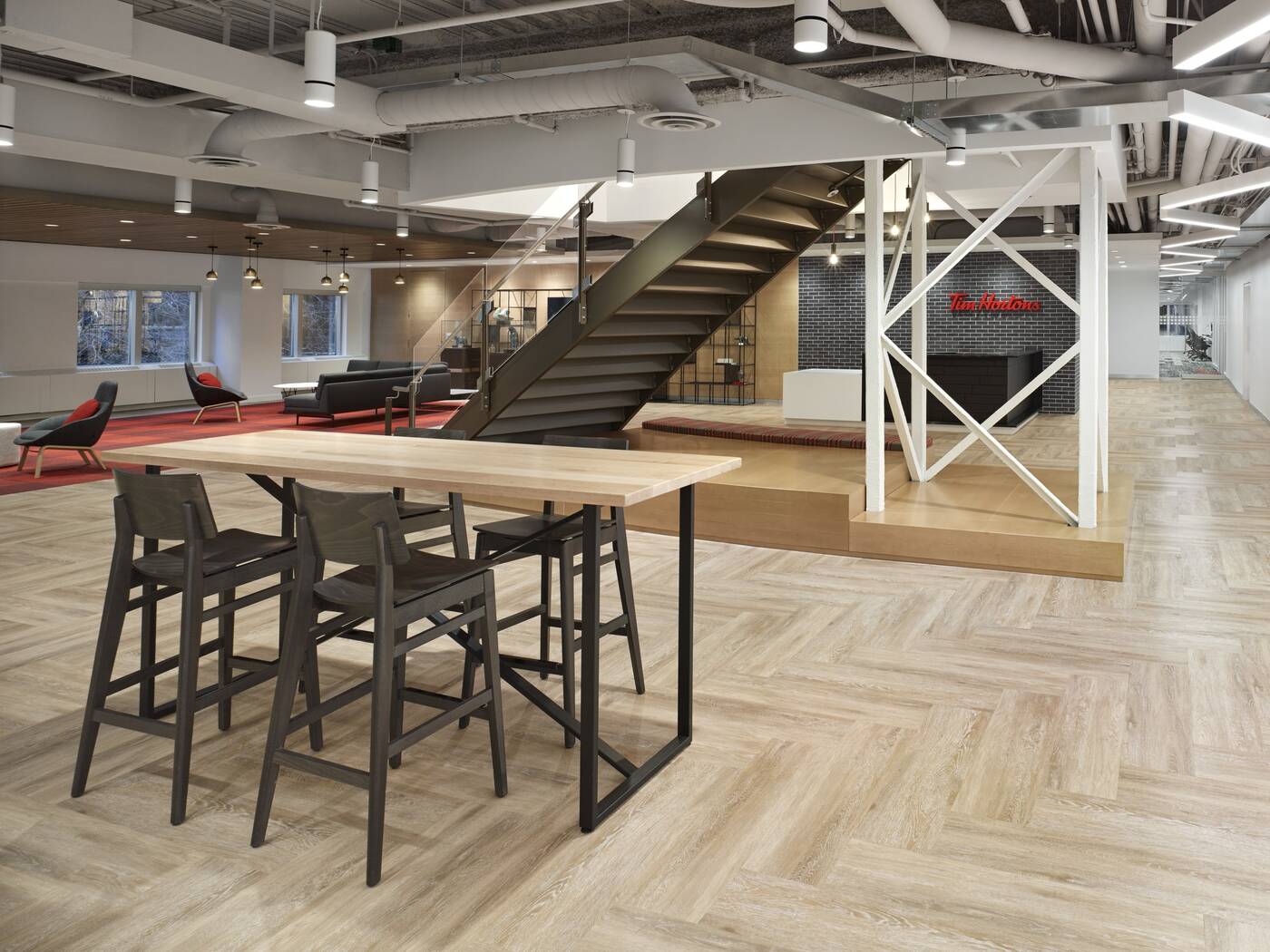 Canada's own coffee giant announced on Thursday that it had officially moved its headquarters into a 65,000-square-foot space in the Exchange Tower at 130 King Street West in downtown Toronto.

The new head office was "designed to celebrate Tim Hortons' Canadian roots," according to the company, and it certainly shows. 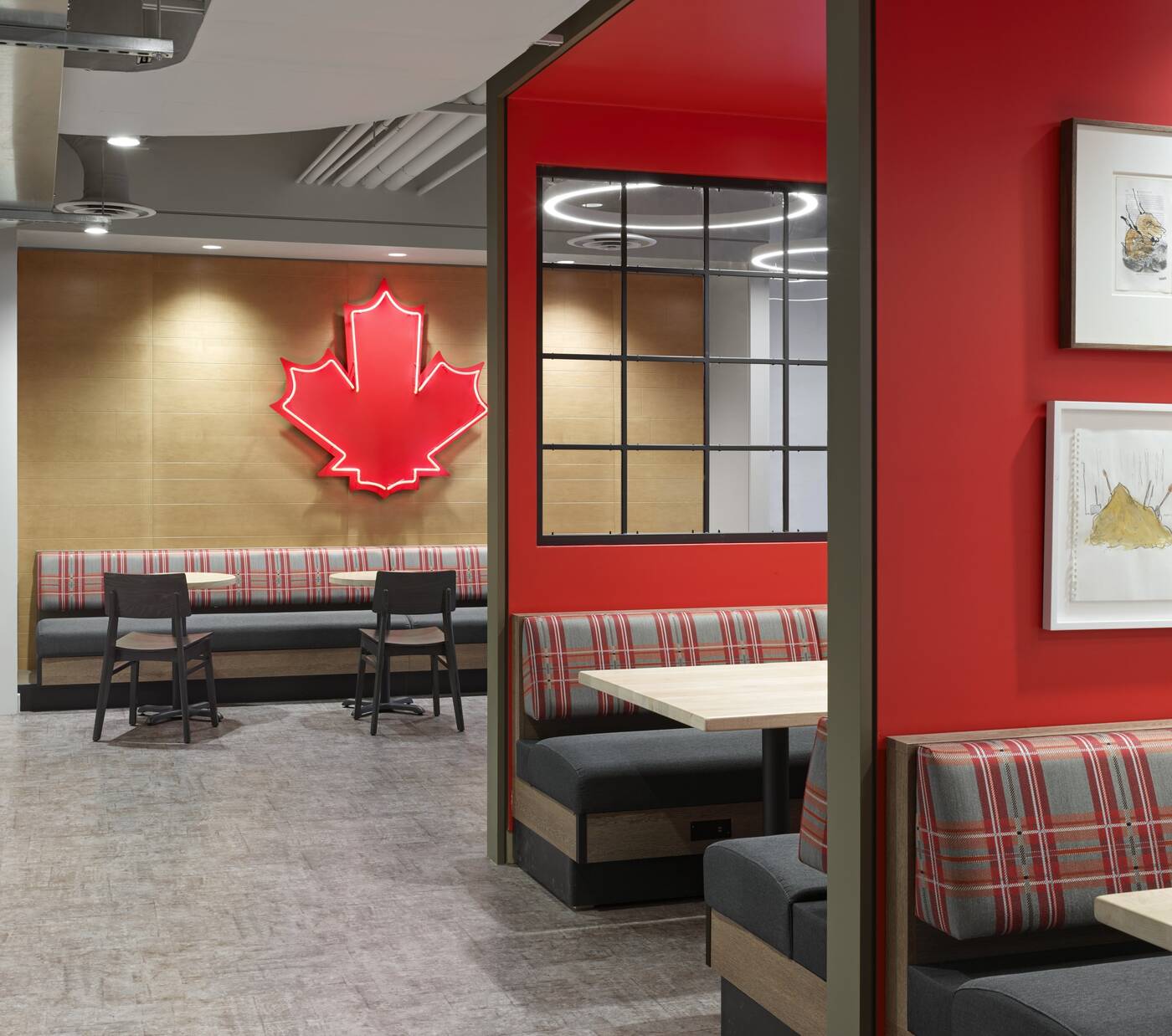 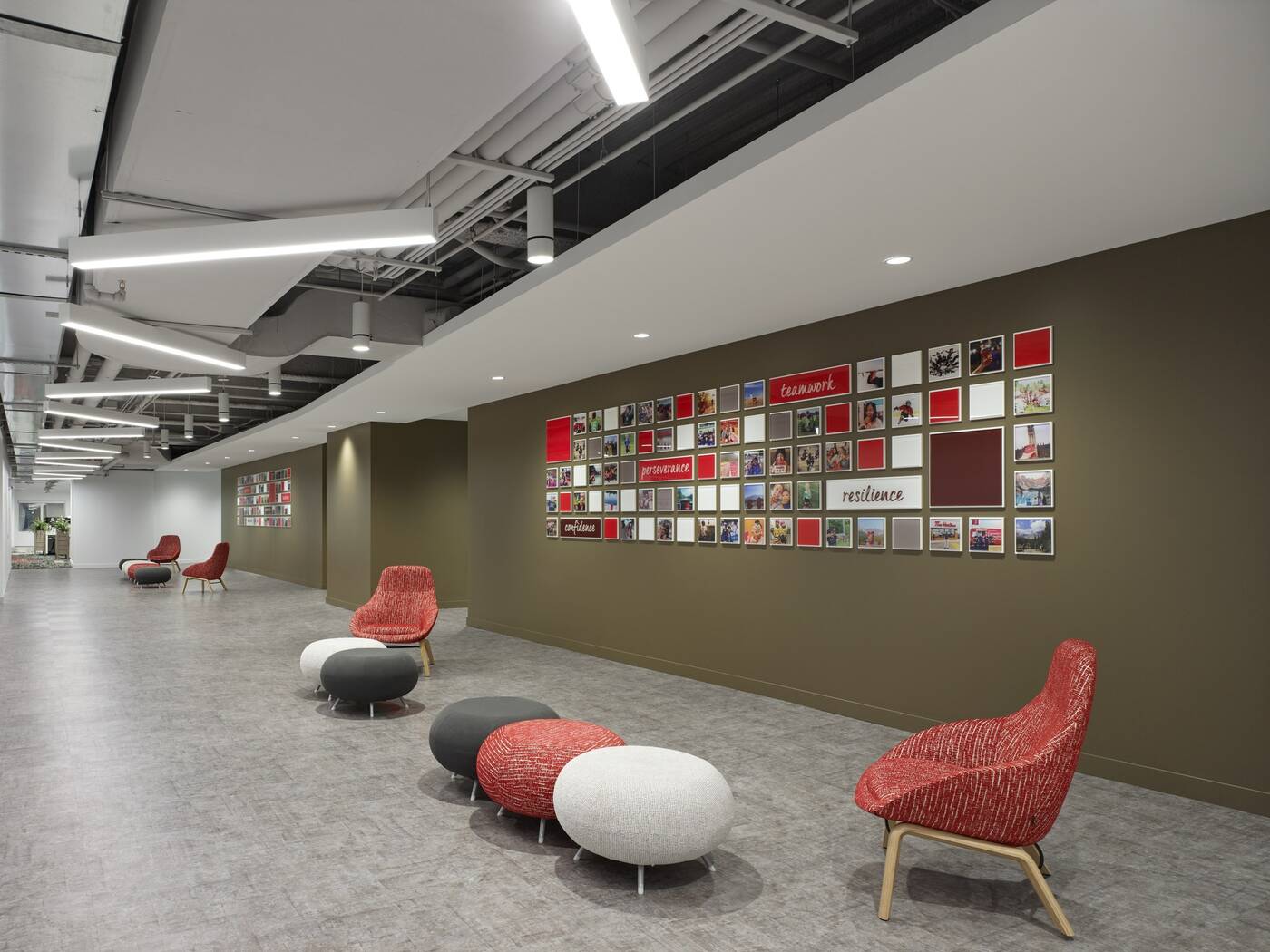 The office has 20 different coffee and tea stations at the ready, as well as a large staff café, an outdoor terrace and a new state-of-the-art test kitchen. 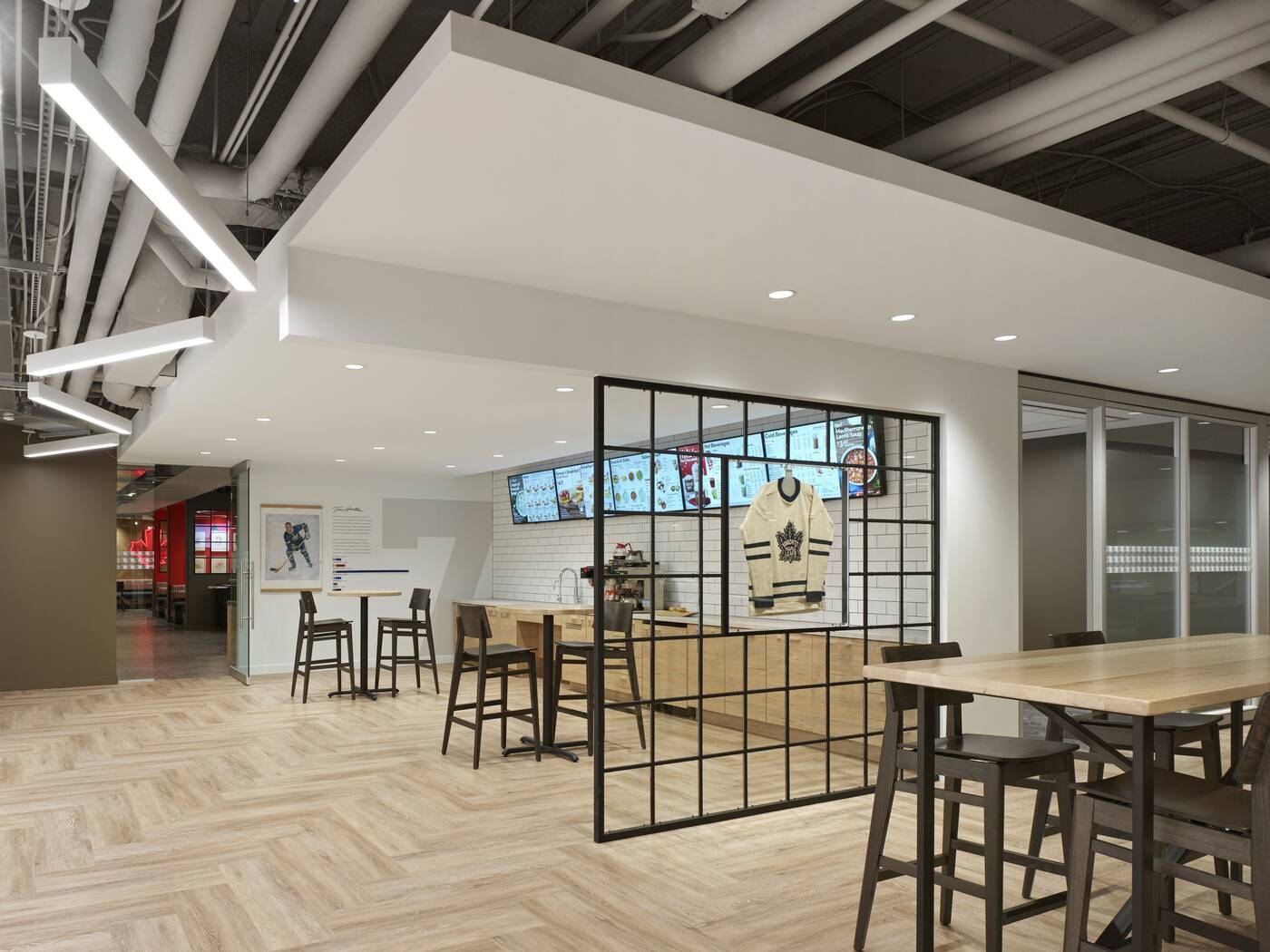 "The office is decorated with imagery of original Tim Hortons coffee shops and of Tim Horton himself to remind everyone of the brand's humble and unique origins," reads a release from the company, which reported an 87 per cent rise in profits this past August.

"Employees can also enjoy time on the private outdoor patio decked out with Muskoka chairs while being fully immersed in the energy of Toronto's bustling urban core."