The first day of Dundas West Fest kicked off yesterday, filling the stretch of Dundas between Ossington and Lansdowne with music, pop-up shops and food vendors.

Marking the beginning of festival season in Toronto, crowds slowly began filtering onto the street around 5 p.m. to start perusing all the entertainment being offered and celebrate the official end of sweater weather. 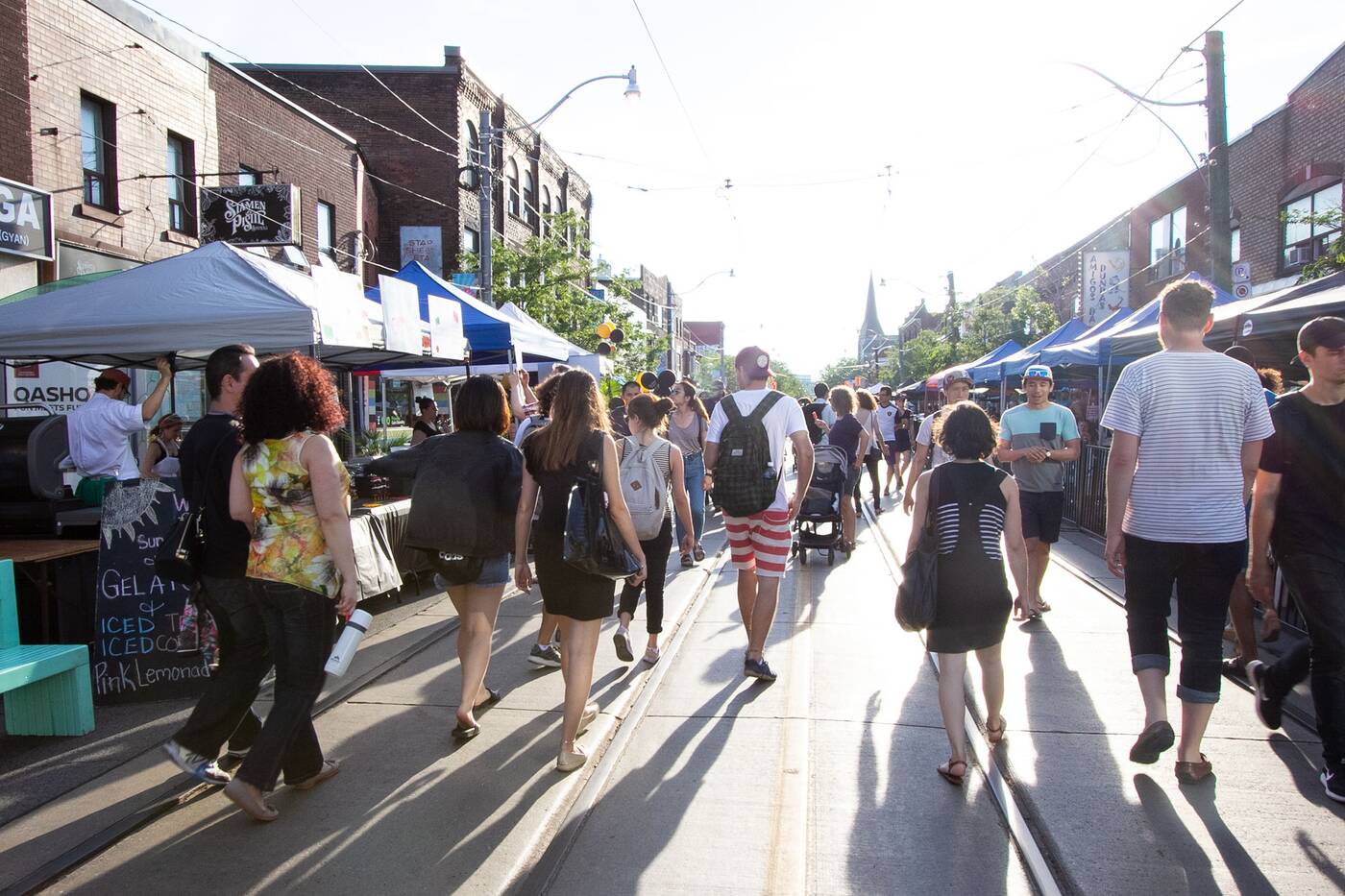 Dundas West Fest first began as a one-day event six years ago but has now expanded into a Friday and Saturday celebration that spans 12 city blocks.

Today the area parties on, diverting buses from the area since early this morning at 8 a.m. and continuing on until midnight tonight. 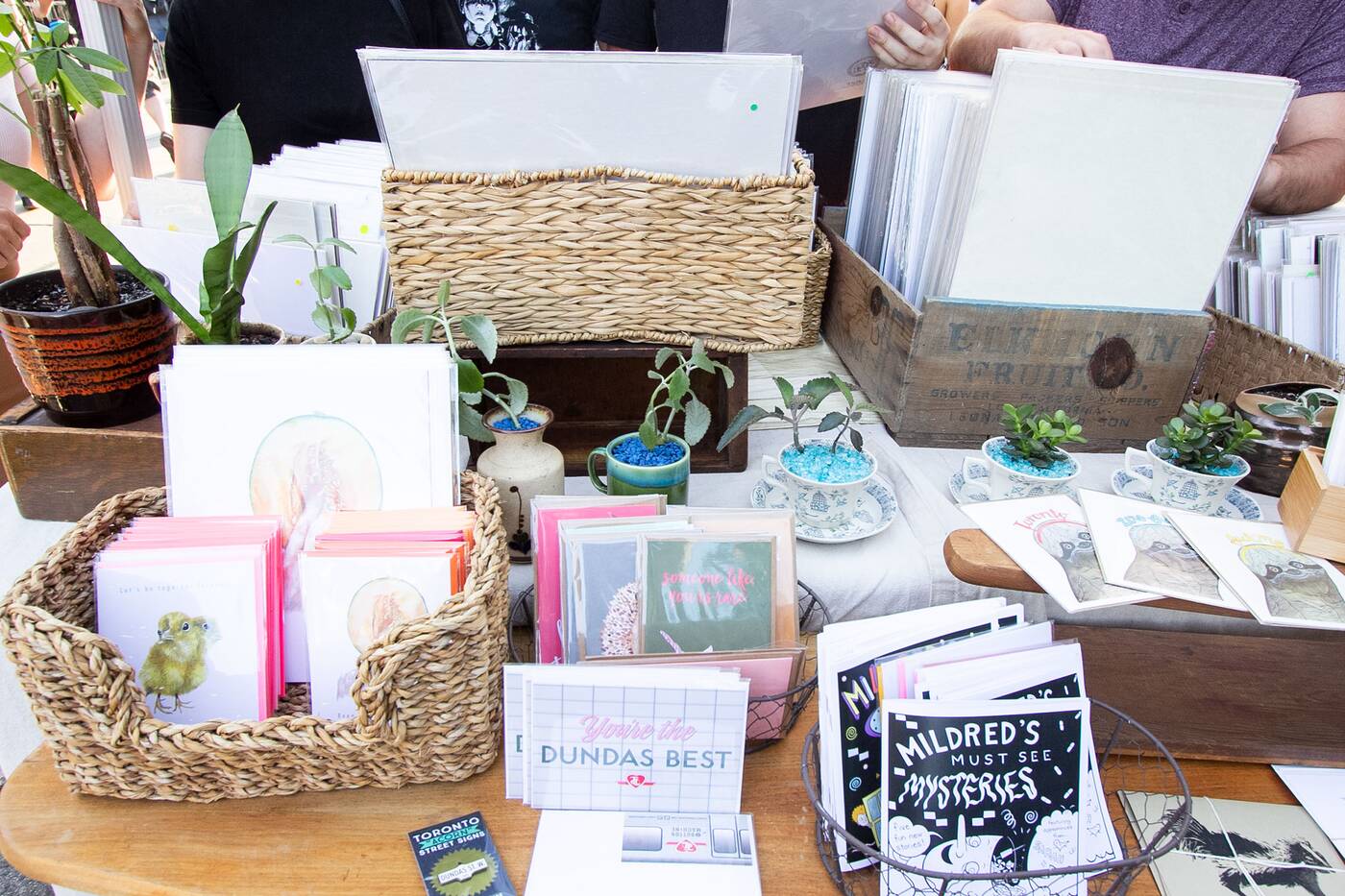 More than 200 vendors set up shop to sell goods, from accessories to Dundas West-themed artwork and patches from Inner Decay. 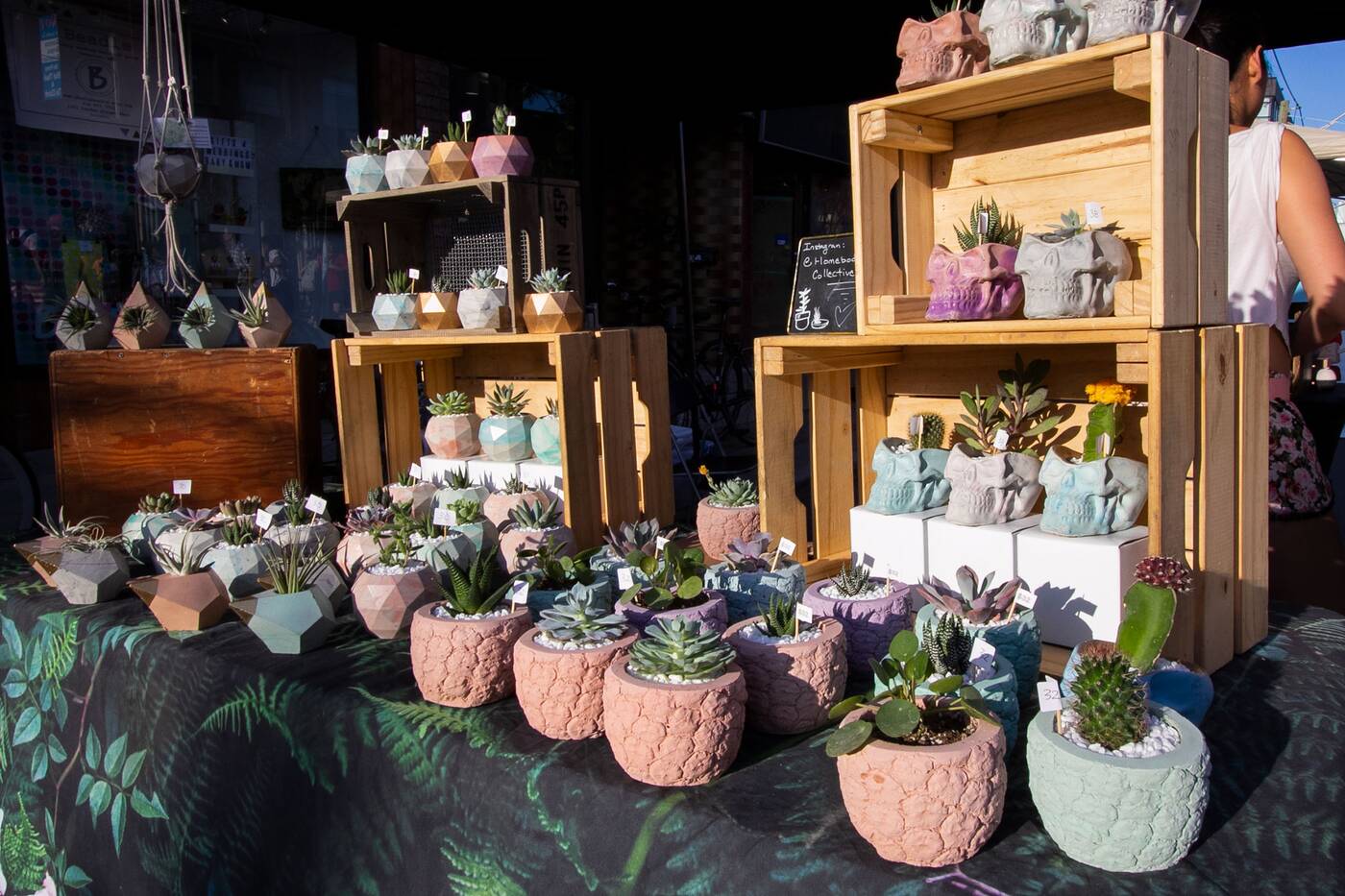 In true Dundas West fashion, there was an abundance of vintage clothing and pop-ups like Homebody Collective selling succulents, and outdoor sales by resident mainstays like Grasshopper Records. 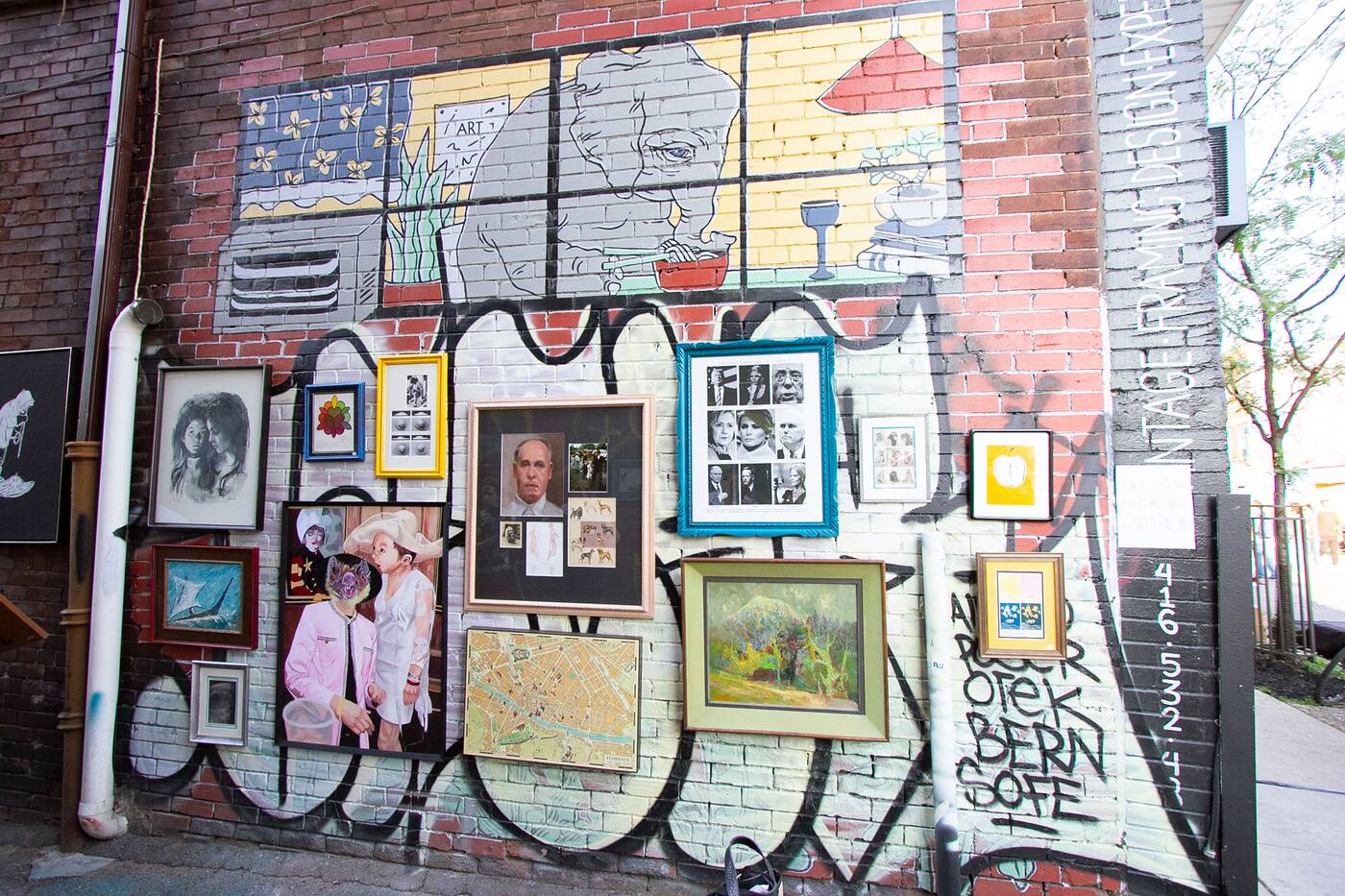 Local restaurants and bars like The Federal and Sukhothai expanded their reach by extending patios and storefronts out into the sidewalk, and the Elephant in the Attic's side street display made for a perfect IG op.

Business' like Antler, Uncle Mikey's and Smoke Signals Barbecue stretched out with sidewalk-side grills serving up small portions of their most popular offerings. 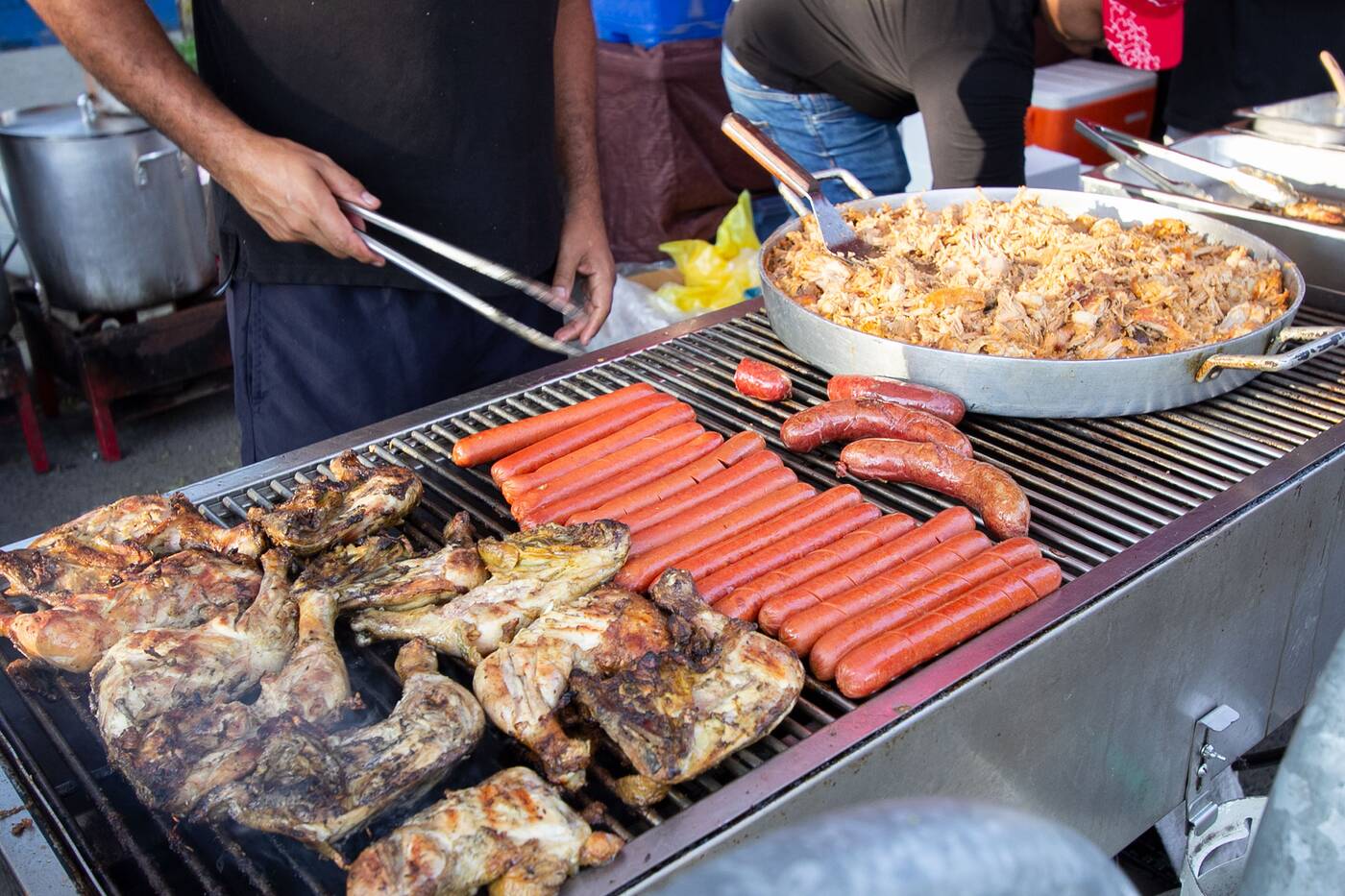 Leaking into Little Portugal, many of the festival's vendors were repping with Portuguese food like grilled chicken and sausages courtesy of local favourites like Bairrada Churrasqueira.

Outside of Full of Beans, a small impromptu stage hosted music performances and stand up comedy. 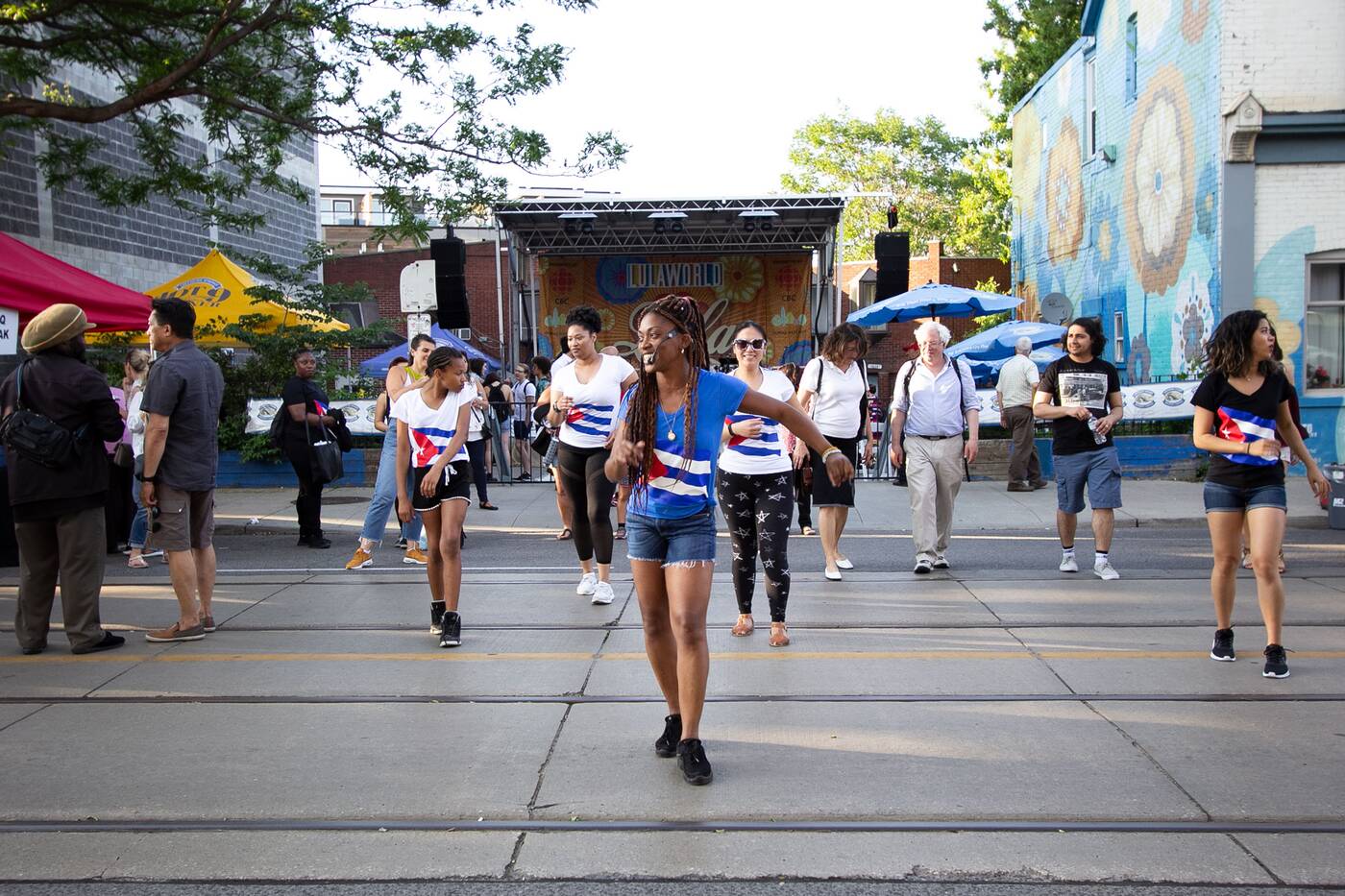 Closer to Ossington, a music stage brought to the festival by the The Garrison occupied the Beer Store parking lot with acts from Toronto's favourite marching band The Teeny Tiny Music Show and Hot Garbage. 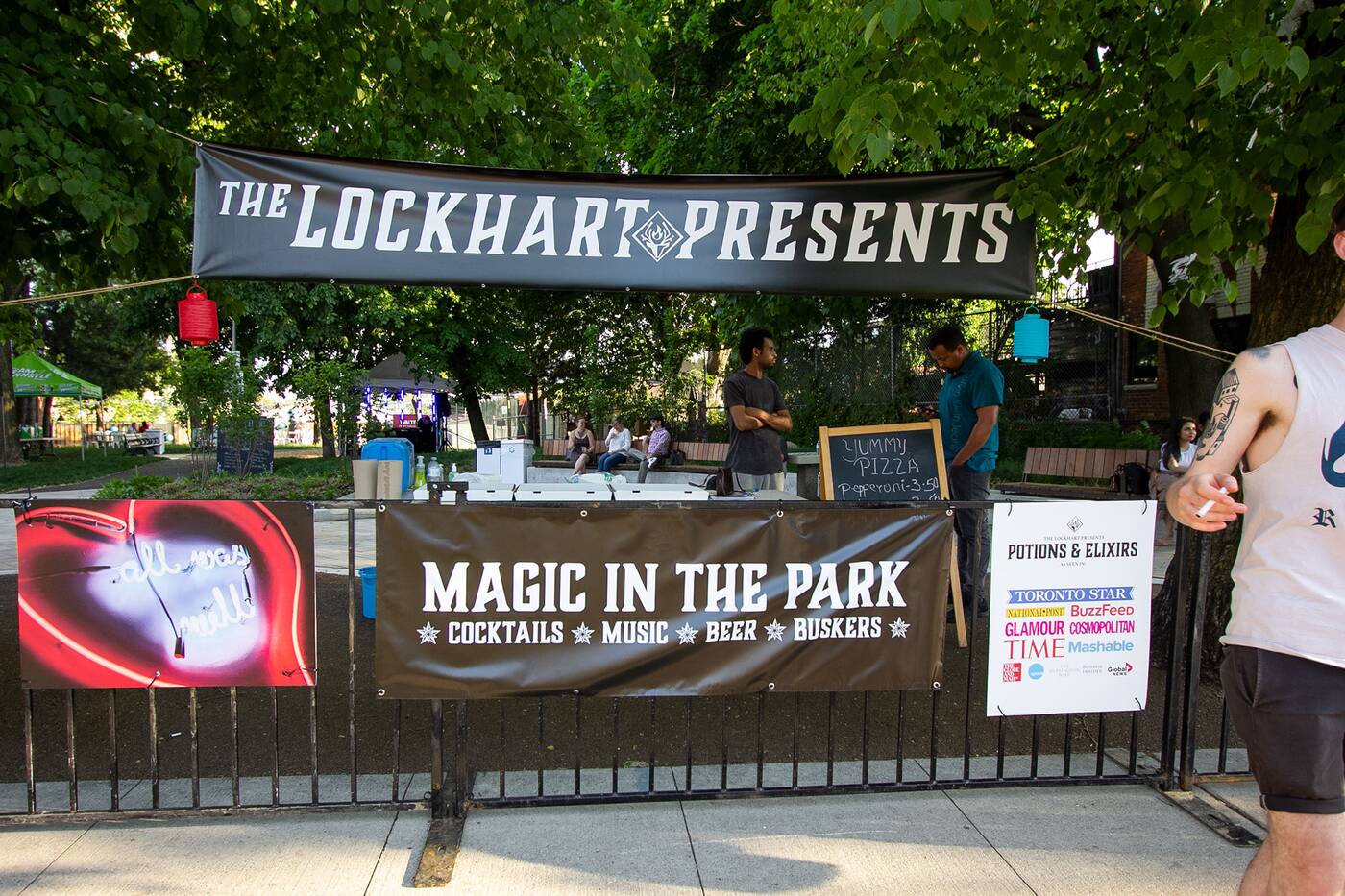 Nearing the edge of the festival by Lansdowne, the Dundas-St. Clarens Parkette transformed into a "magical" park experience presented by the Harry Potter-themed bar The Lockhart, also situated on Dundas West. 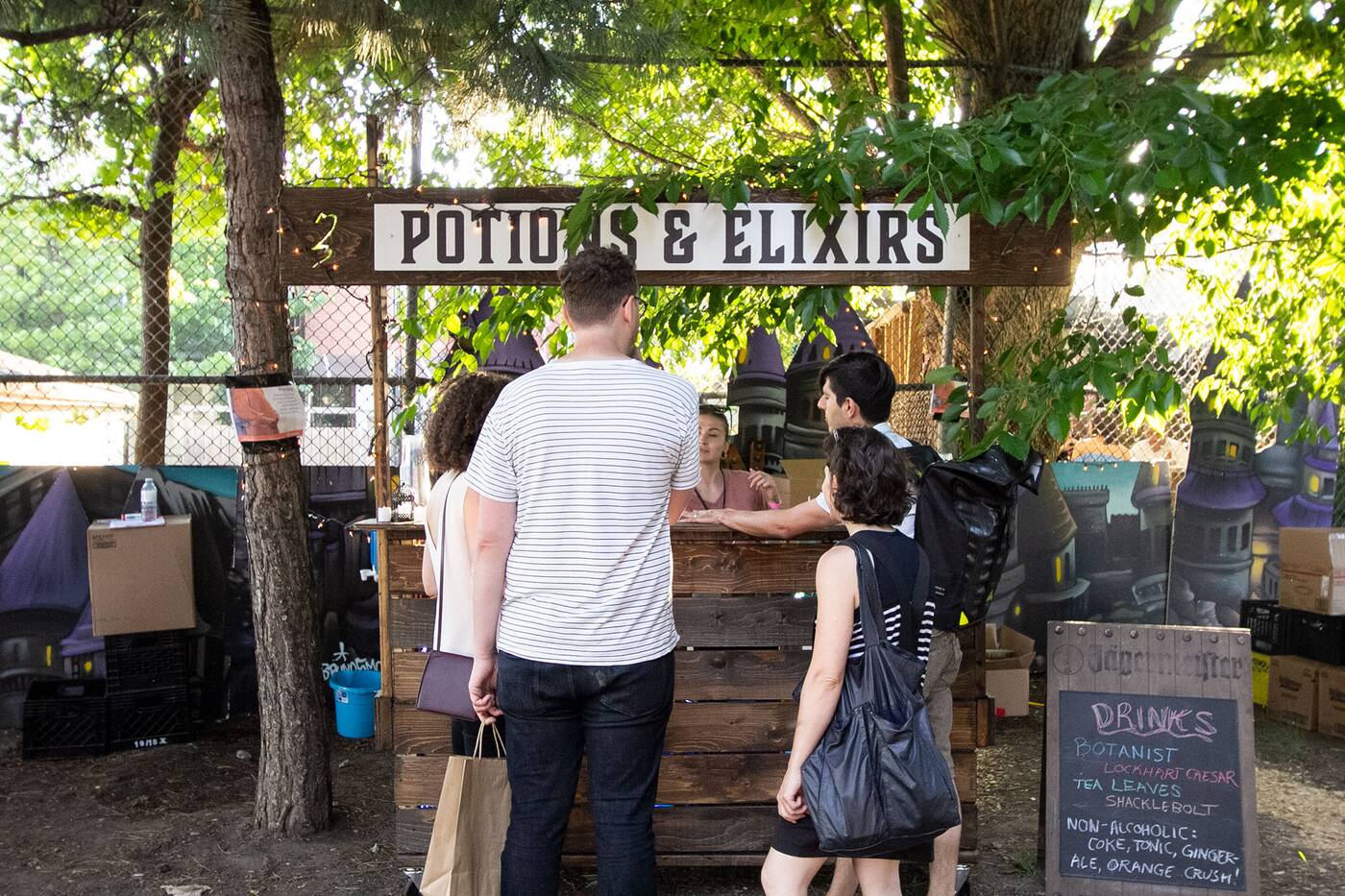 Alongside Steamwhistle and Red Bulls stalls, a little wooden shack selling "potions and elixers" were slinging out cocktails for $9, including the Botanist, which was essentially just a gin and tonic, and the Tea Leaves drink, a mix of Earl Grey syrup and ginger ale. 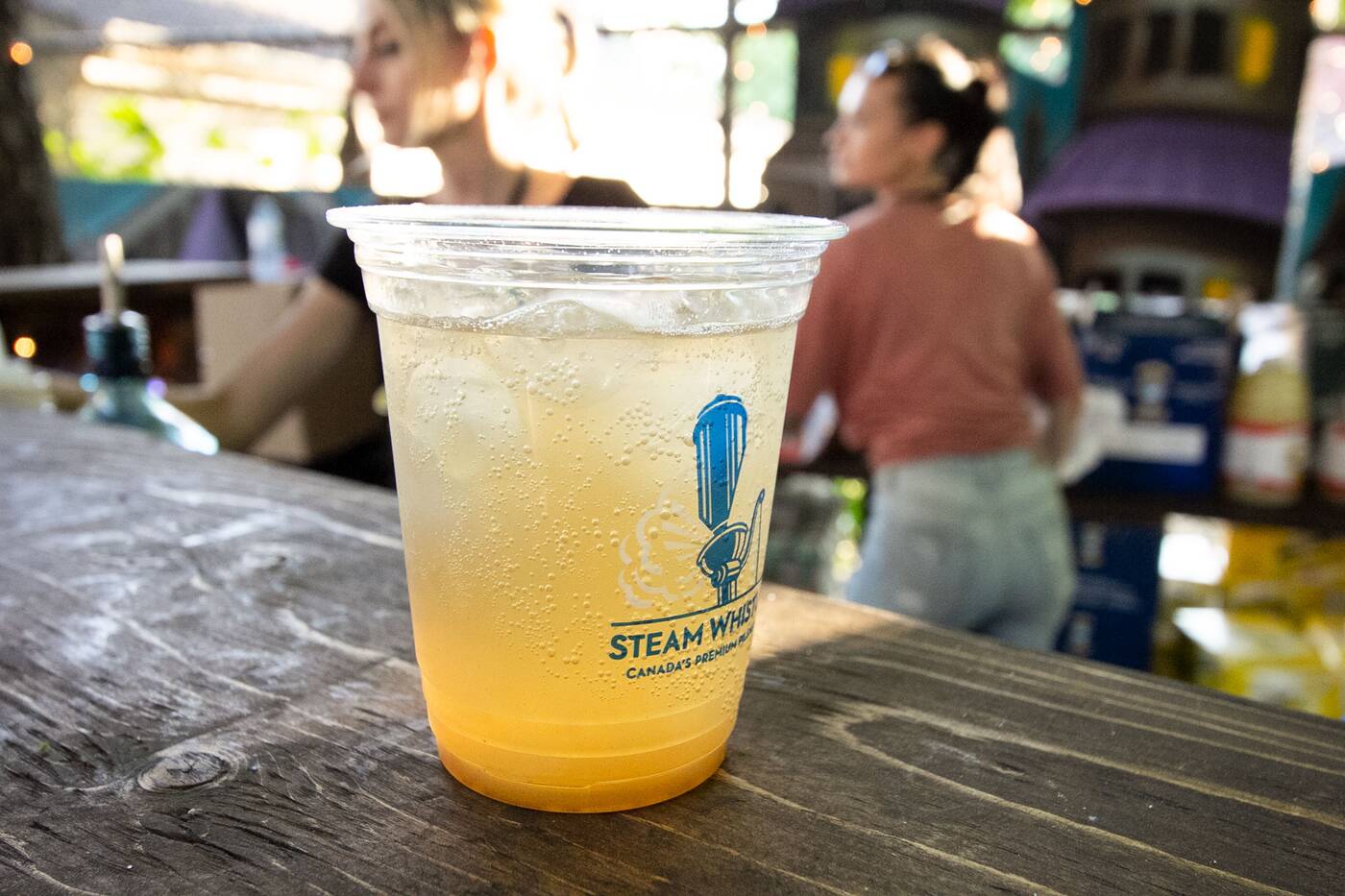 Tonight, the Lockhart will serving their drinks until 11 p.m. As expected, the party picked up as it got darker, bringing out walkers for the full night market experience.

By Dovercourt, Mini Pong set up a cluster of ping pong tables for anyone interested in an evening session to work off the street eats.

It's highly recommended to ditch the car for this event and head over via streetcar or bike in this traffic-heavy area; the party tonight goes until midnight. 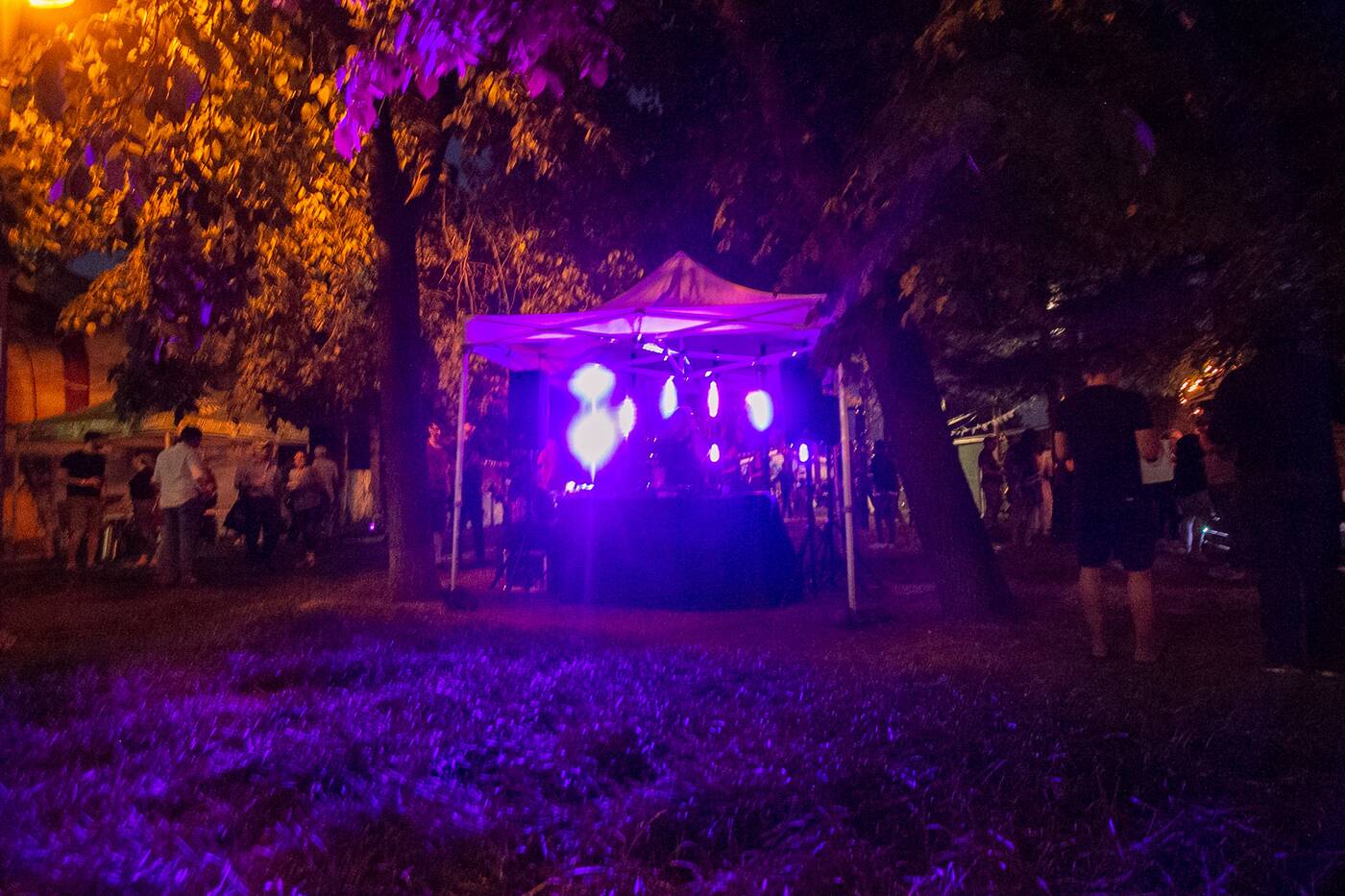